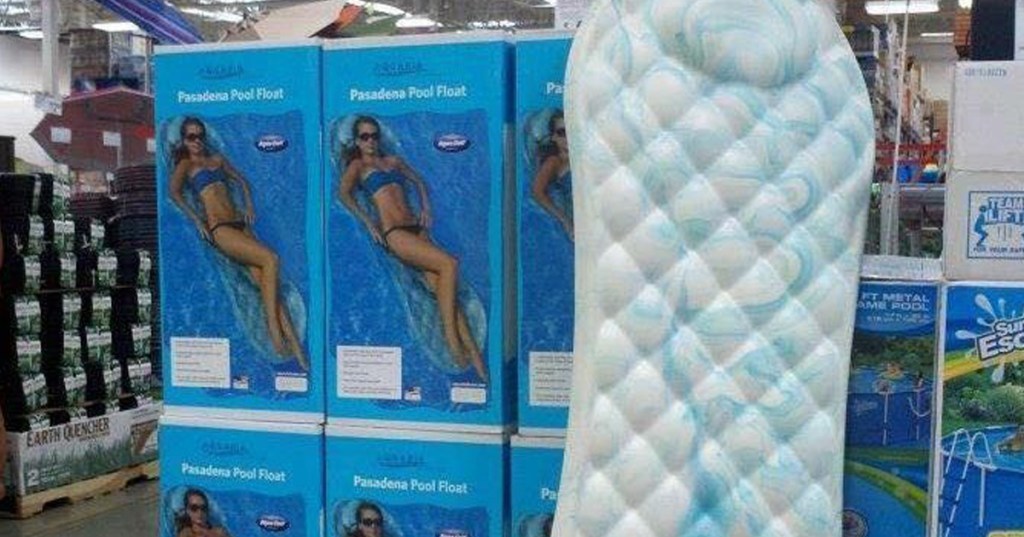 New Pool Float Looks Nothing At All Like A Giant Maxipad

Listen, I’ve never worked in the pool float design business, so far be it from me to tell those folks how to do their jobs. That being said, if I could offer one modest suggestion, it would be, “Make sure your pool floats don’t look too much like a giant sanitary napkin. (Unless you want to to be laughed at.)”

The pool float in question, a “Pasadena Pool Float” made by Aquaria, first caught the attention of a Reddit user who noticed the resemblance. Then, romance novelist Jillian David Tweeted a photo of the float along with a very sensible observation:

Focus group. This could have been avoided with 1 focus group (of women). pic.twitter.com/C76lv5ji33

Since Aquaria hasn’t offered anything in way of an explanation, all we can do is speculate how it happened. Maybe Davis is right, and Aquaria never consulted a single woman at any point in the process. Or maybe nobody at Aquaria has ever heard of periods. Or, maybe Aquaria WANTED it to look like a sanitary napkin to boost sales. Maybe they’re about to release a whole line of feminine hygiene-themed pool products. We just don’t know!

Probably the only product that’ll get me through one day of my period.

Won’t it soak up half the pool water? ?

I’ll wear my red swimsuit to complete the cosplay.

Be careful not to get any pubic hair stuck to it though. Ouch!

The pool float is also available on Amazon, and reviewers had similar thoughts:

One thing I can say for certain: if the movie Attack of the 50 Foot Woman came true, 50 ft. women wouldn’t have to worry about their time of the month.