Cooking shows are all the rage right now, letting us enjoy world-class cooks whip up imaginative dishes that are as much art as they are food. But if you’re like me, there’s just something about these shows that’s that’s a little hard to relate to. Yeah, it’s fun watching amazing people do amazing stuff, but I’m always a little bit reminded of how bad I am in the kitchen, too.

If that sounds like you, I have good news. Finally, there’s a cooking show for the rest of us: ‘s Nailed It.

The premise of the new Netflix show is simple. Three “bakers,” who readily admit they’re terrible at baking, attempt to recreate professional cakes, with the winner getting $10,000. The grand prize is meant for the best cake, but in practice, “best” means “least bad.”

For instance, when contestants tried to recreate this cake: 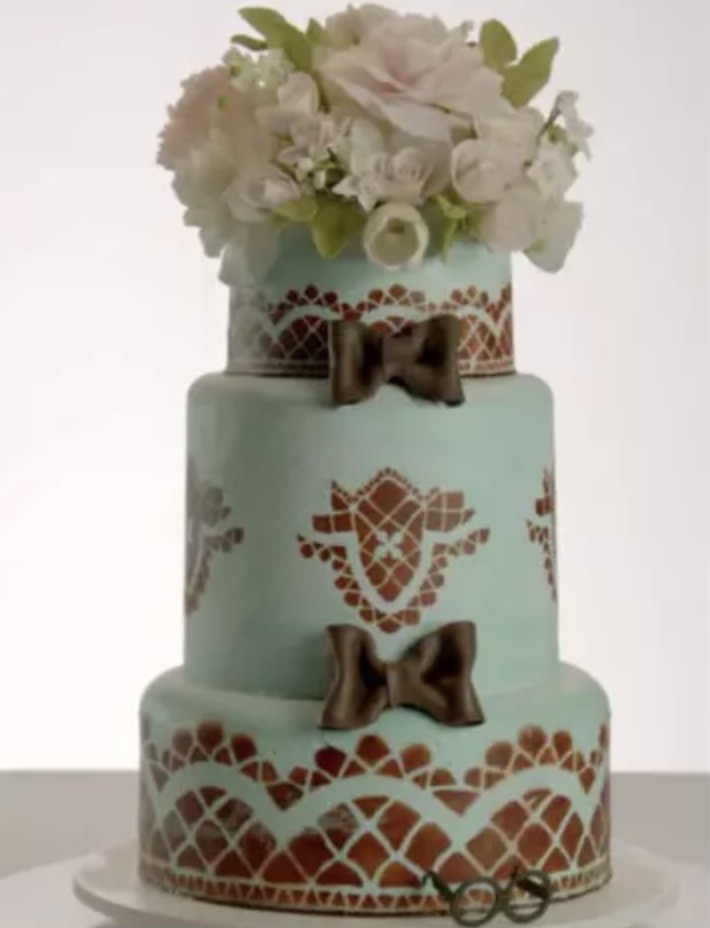 These were the results:

The show has two rounds. In the first, bakers get to choose a baked good to recreate. Like this attempt at an emoji cake: 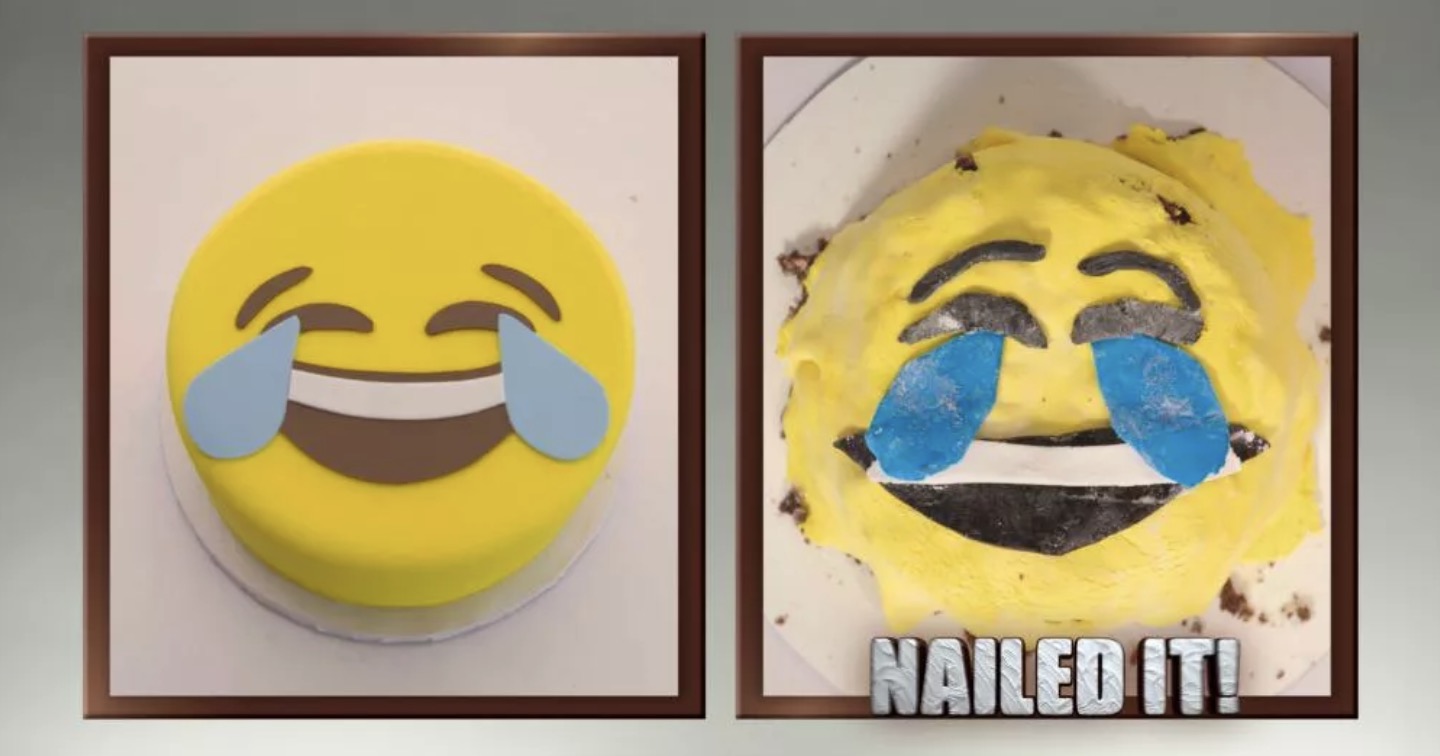 In the second round, all three contestants have to recreate the same cake, and it’s always an elaborate masterpiece. Contestants have the option of hitting a “Panic Button,” which brings in one of the judges to help them out for three minutes. And the last-place finisher in Round 1 gets to use a “Freeze Out,” which requires the other two contestants to stay frozen in place for a brief period.

But the true appeal of the show is seeing all the botched cakes. Like this attempt at a pirate cake pop: 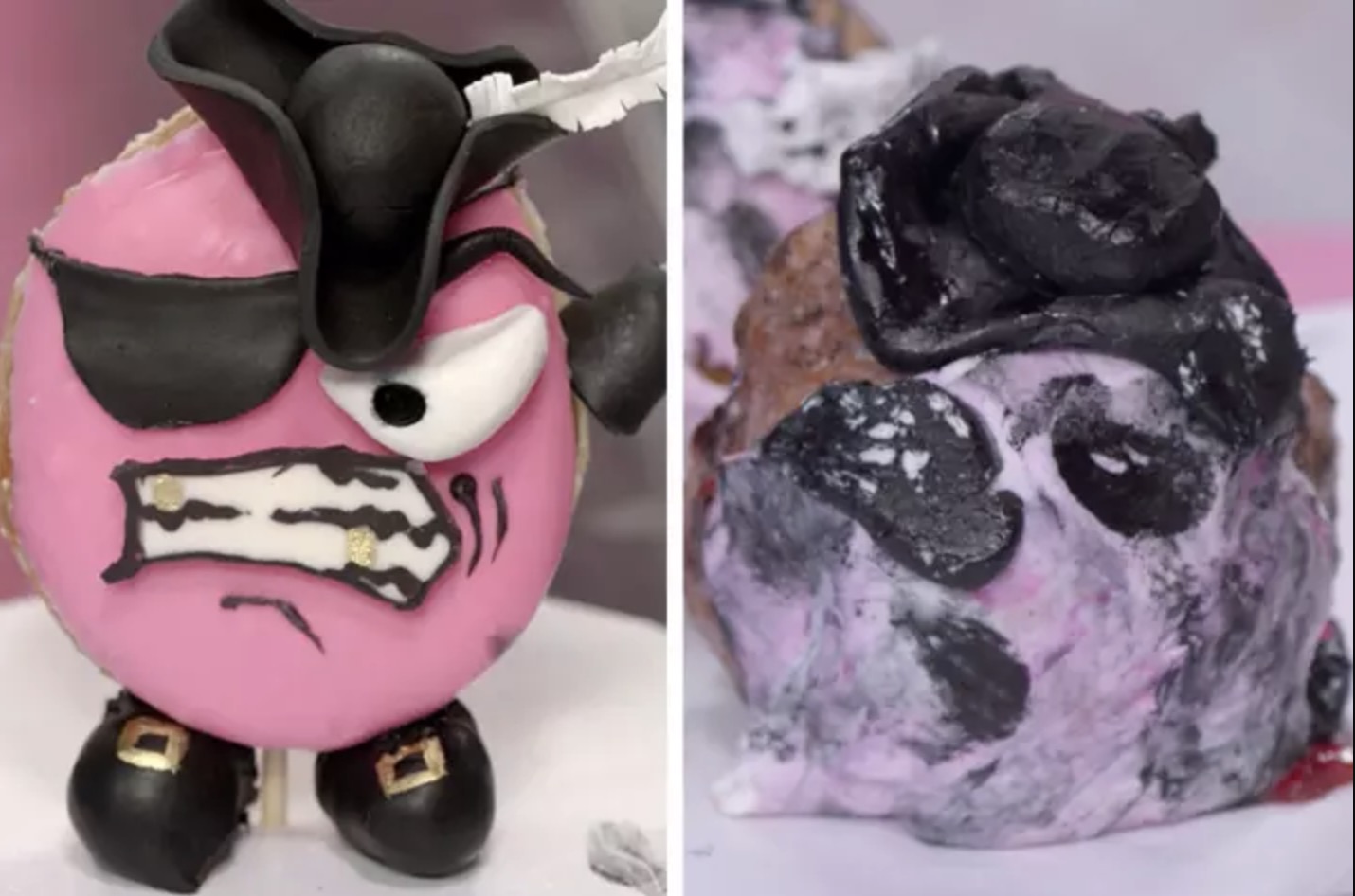 Or this attempt at a Rapunzel cake: 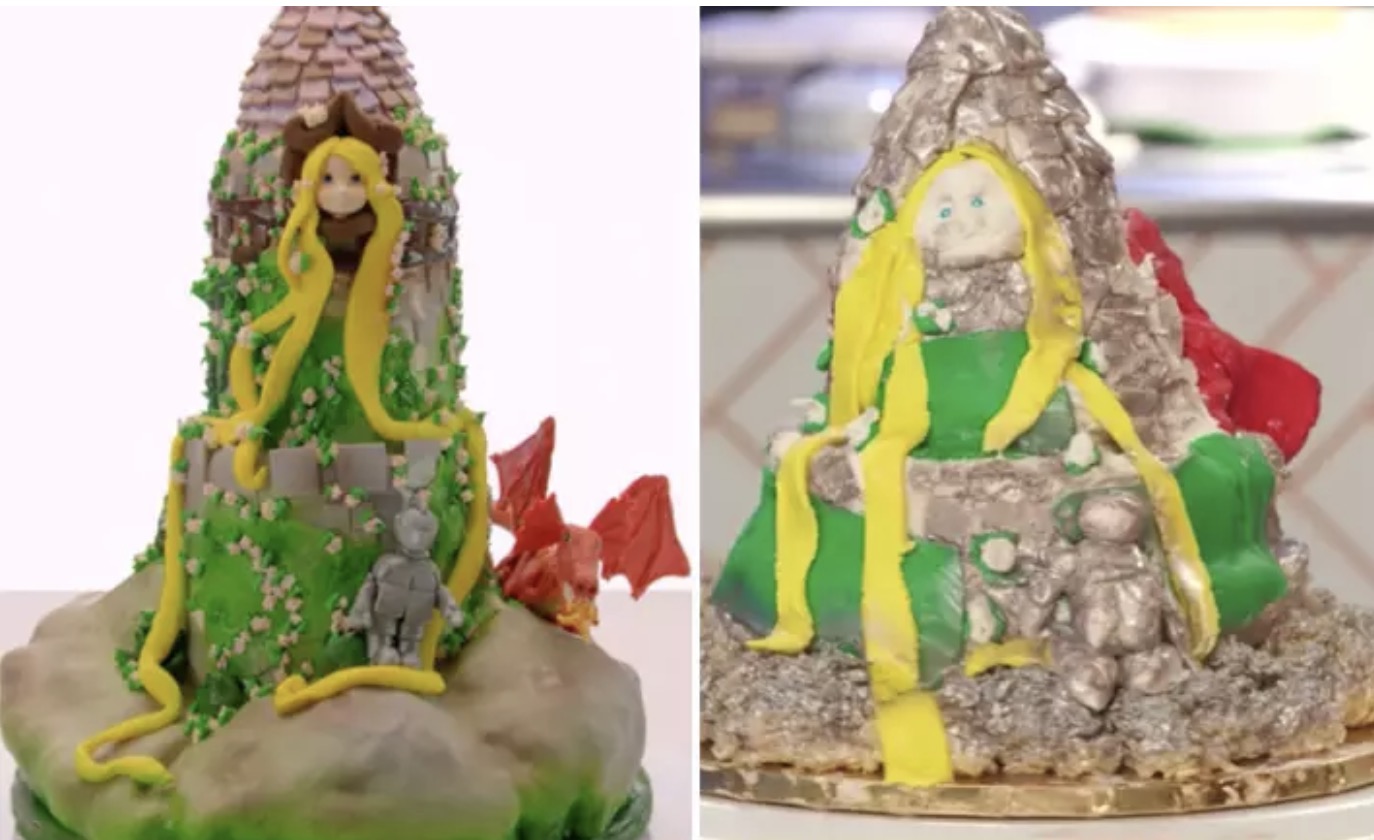 If the prince climbed all the way up to the top of Rapunzel’s tower and found this face waiting for him, he’d immediately let go of her hair and plummet to the ground below: 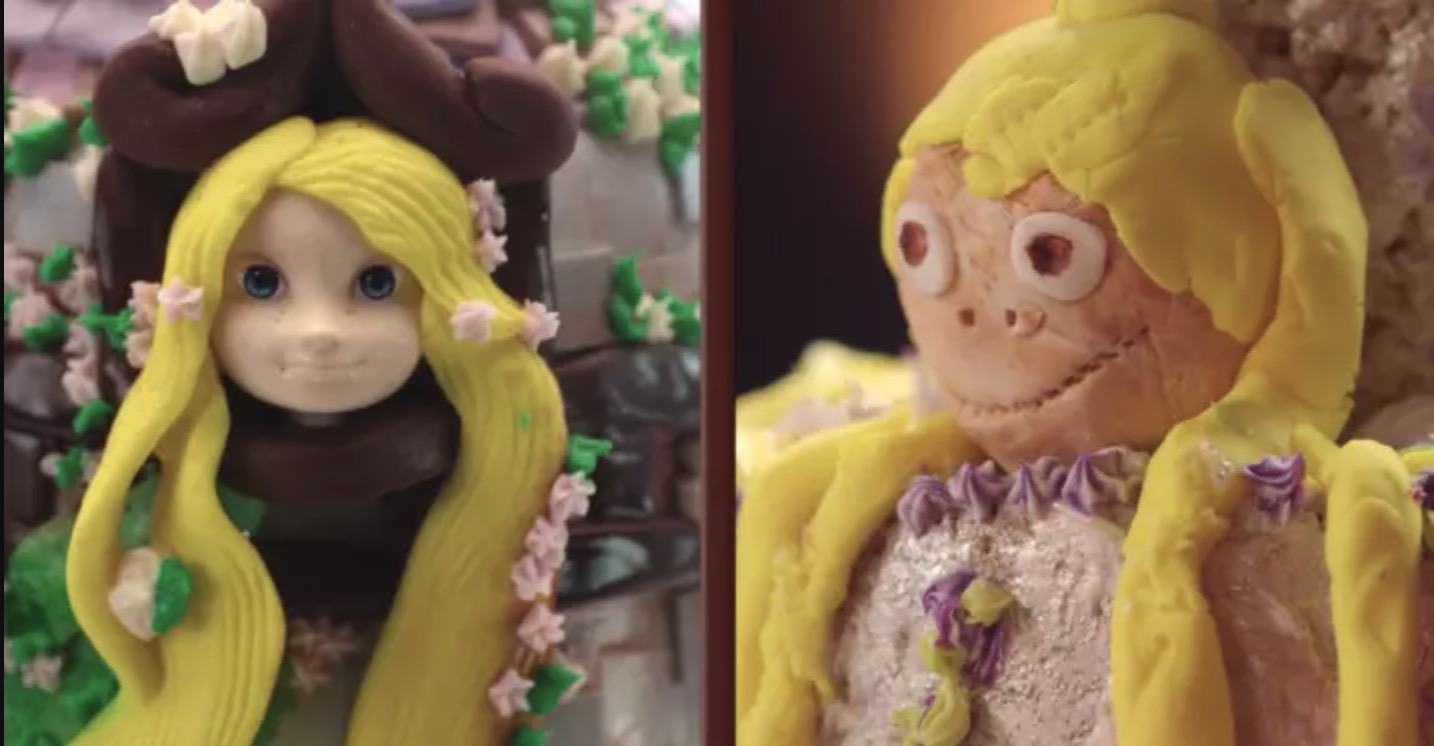 On one episode, contestants were challenged to make a cake of President Trump. The one on the left actually got pretty close! But the one on the right looks like a diseased Wallace and Grommet character: 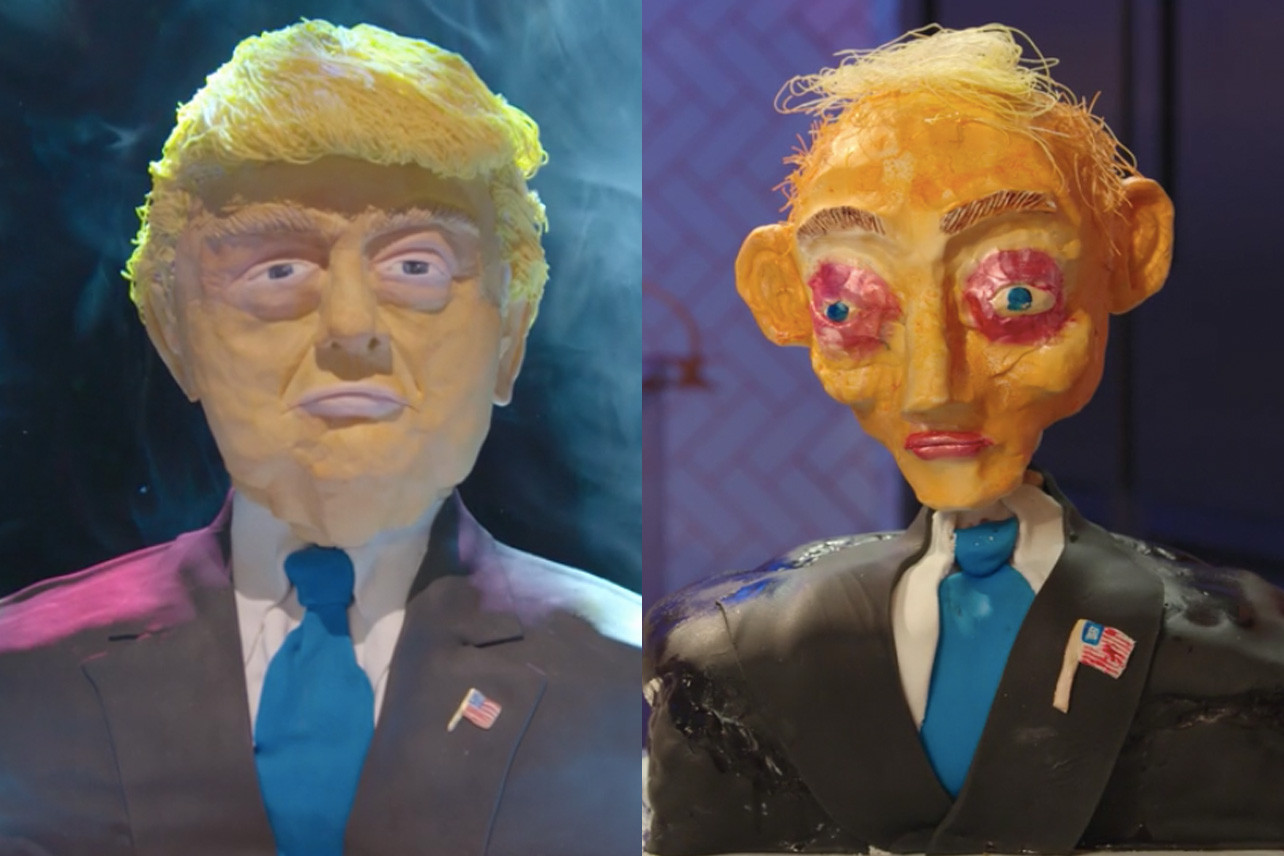 The show is hosted by comedian Nicole Byer, who is a delight in everything she’s in and worth the watch just by herself. One of the show’s judges is acclaimed pastry chef Jacques Torres, which would basically be like having Babe Ruth umpire a tee-ball game. Torres probably has the hardest job of anyone of the show–not only does he have to find something nice to say about each cake debacle, he also has to avoid making this face the entire time he’s on camera: 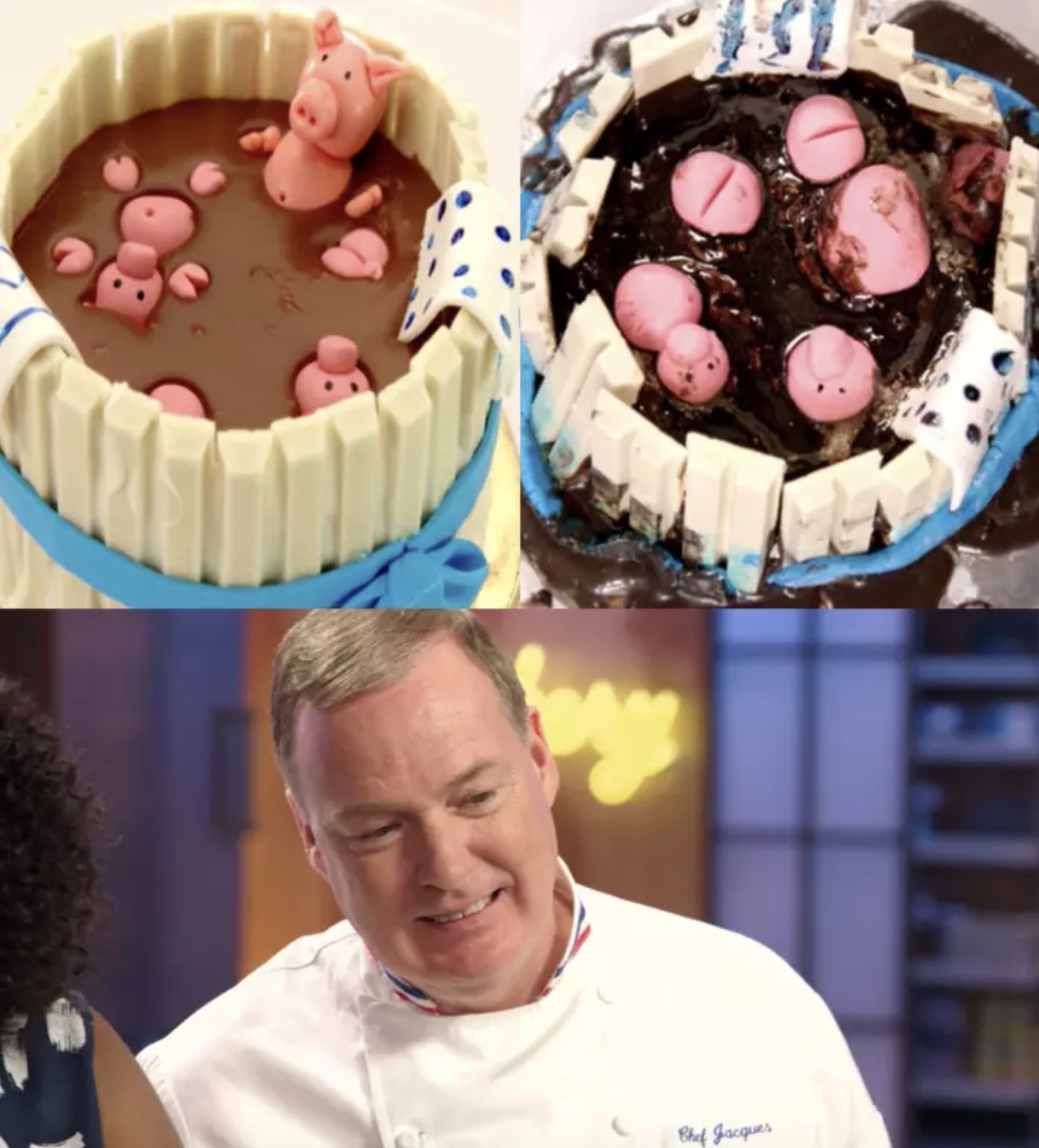 It’s refreshing to see a show that encourages everyone to be persistent, to ask for help, and not to be afraid to look foolish. So if you’re looking for a break from all the hyper-competitive cooking shows, Nailed It is a good match.

And really, who doesn’t enjoy a good cake fail? It’s never not funny.