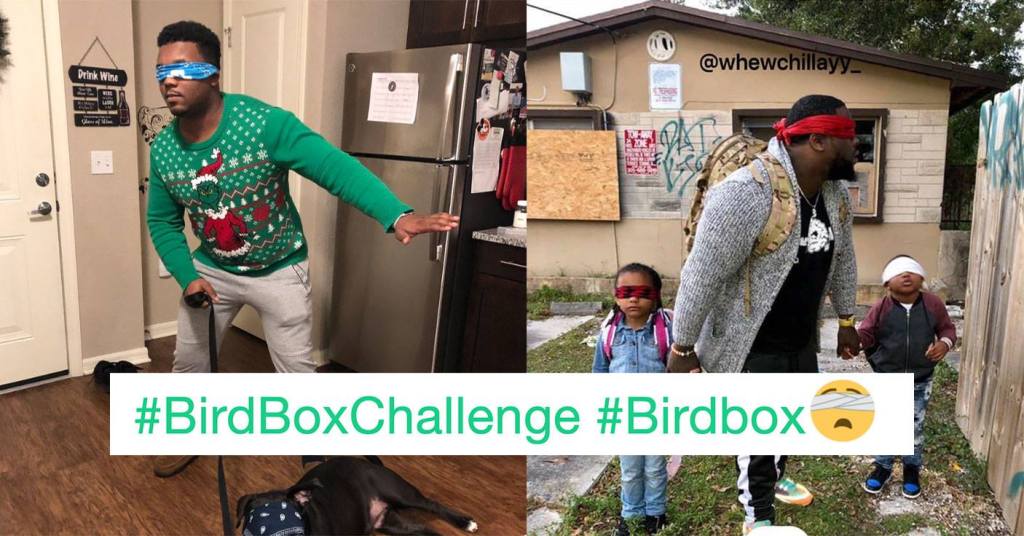 Now that we live in the Age of Social Media, you may have noticed a recurring phenomenon: the viral challenge. The way it works is simple. People perform some kind of physical feat of strength or skill and challenge their friends to do the same. You might remember one from a couple years ago called “planking,” when people would lie flat on various surfaces. Maybe you remember the ALS Ice Bucket Challenge, when people dumped a bucket of frigid water on their head to spread awareness about Lou Gehrig’s disease. Hopefully you don’t remember last year’s infamous Tide Pod Challenge, when teens dared each other to eat laundry detergent. The less we say about that one, the better.

Well now there’s a new social media challenge to kick off 2019–and best of all, you don’t have to eat soap. The 2018 horror film Bird Box was released on Netflix at the end of December, and it’s already their biggest movie of all time. This past Monday, the streaming service tweeted the following announcement:

Took off my blindfold this morning to discover that 45,037,125 Netflix accounts have already watched Bird Box — best first 7 days ever for a Netflix film! pic.twitter.com/uorU3cSzHR

That’s a lot of viewers! If you haven’t seen the movie, (WARNING: mild spoilers ahead), Sandra Bullock and two children named Boy and Girl live in a post-apocalyptic world overrun by monsters. To get to safety they have to sail down a river, all while blindfolded. At the beginning of the film, Bullock warns the children never to take their blindfolds off, or else really bad things will happen involving the monsters. That’s all I’ll say about the plot–you should go watch it if you haven’t already.

The most memorable part of the movie is how Bullock and co. have to do everything with a blindfold on, making any task exponentially more difficult. And that’s the gist of the Bird Box Challenge. To participate, all you have to do is film yourself doing an everyday activity, while blindfolded.

Netflix wasn’t too thrilled to hear about the phenomenon, and in response released another statement asking people not to participate. 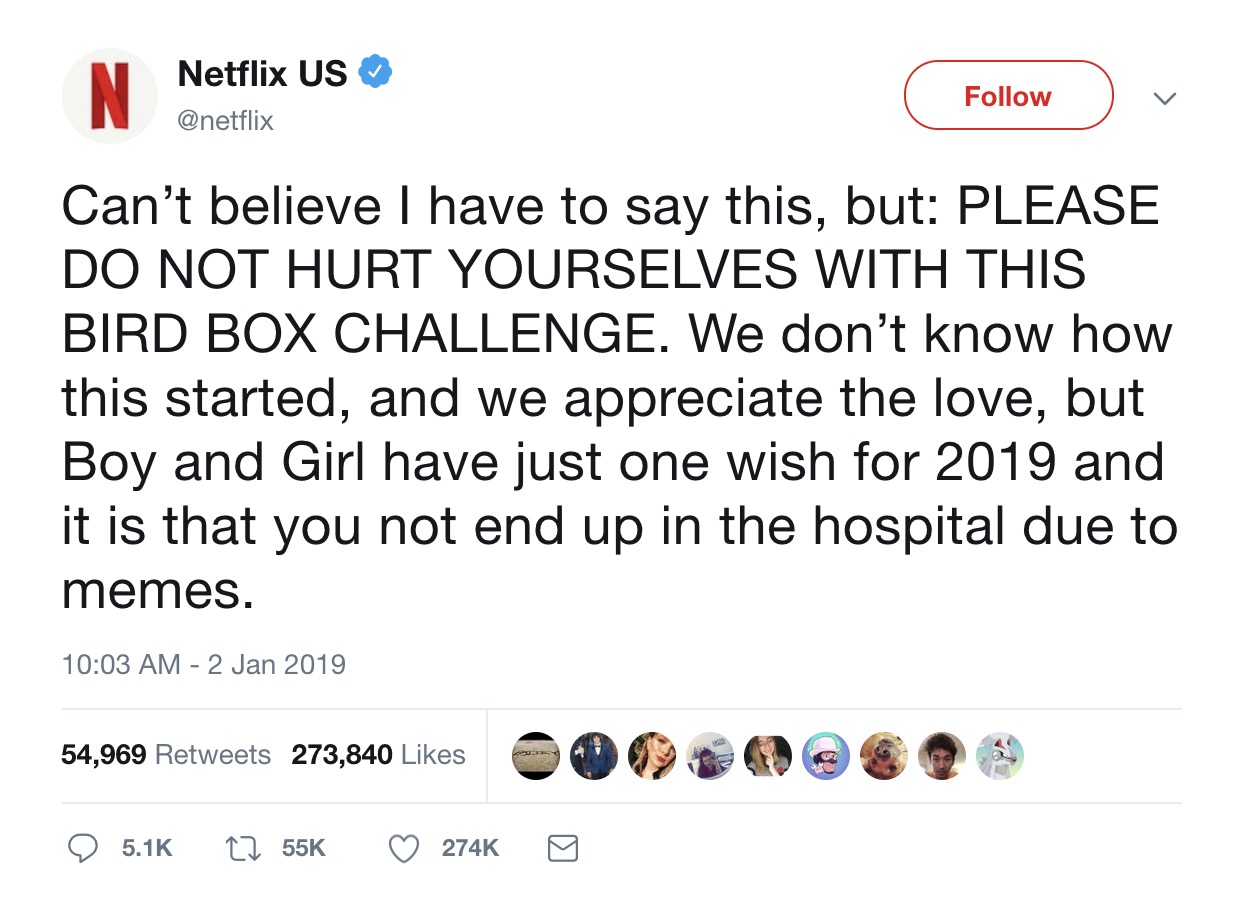 Buzzkill. Screwing around blindfolded is definitely dangerous, but if you do decide to try the challenge, stick to simple stuff. Or, you can check out a selection of other people’s Bird Box challenges, all from the safety of your smartphone. Stay safe out there, people.

How young is too young to do the Bird Box challenge? This young.

If most of us were characters in Bird Box, we’d be goners.

This one’s more of a reenactment than a challenge, but we’ll allow it.

Don’t try this at home. Or anywhere else.

Crossing the lawn is an epic struggle. 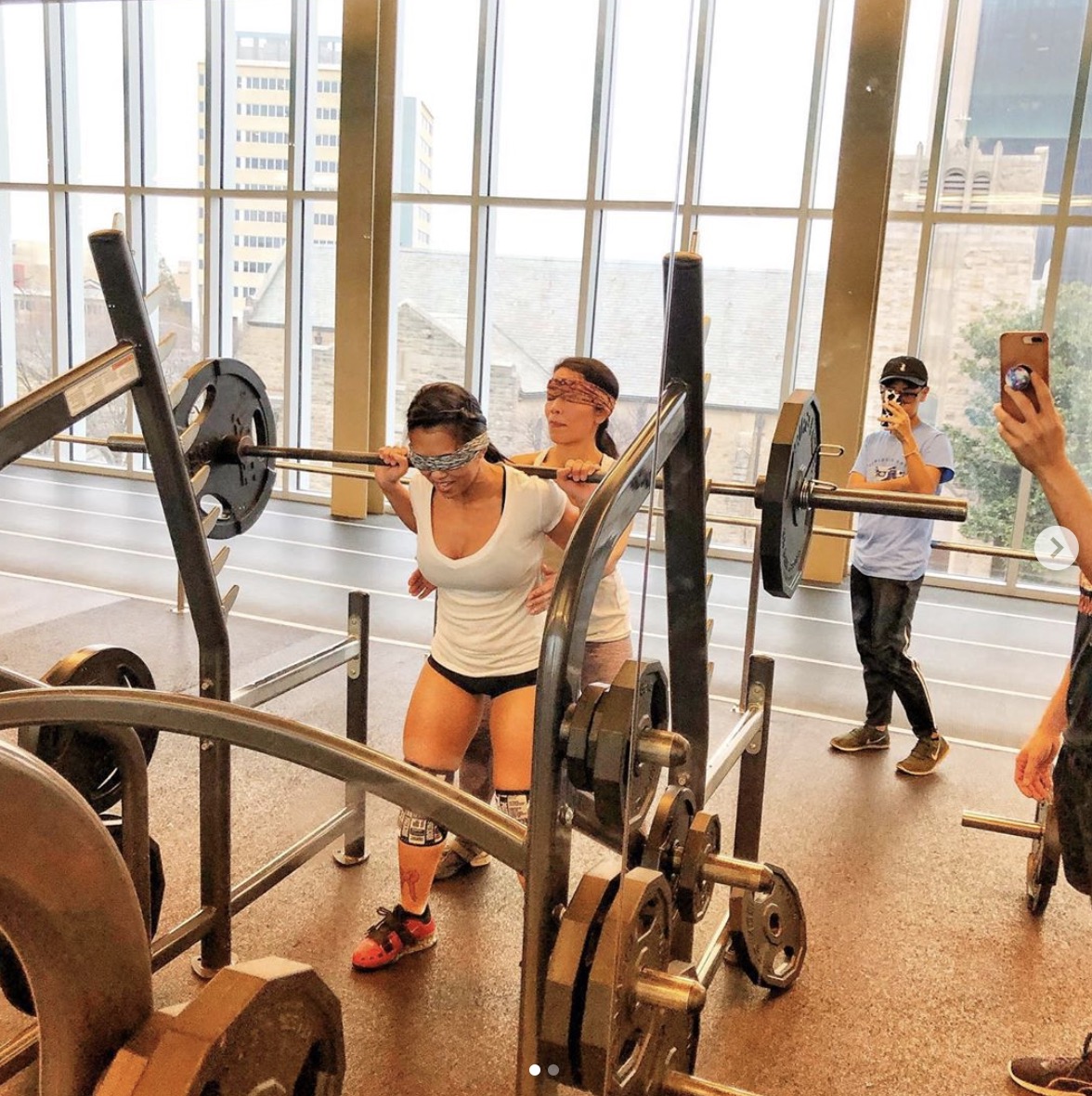 Not quite ready to face a monster.

my family and i wanted to see how well we’d do if we were in the bird box movie ?? #birdboxchallenge pic.twitter.com/da3d0KWTkO

Good Morning America even got in on the act when Michael Strahan attempted to put lipstick on Sara Haines’s lips.