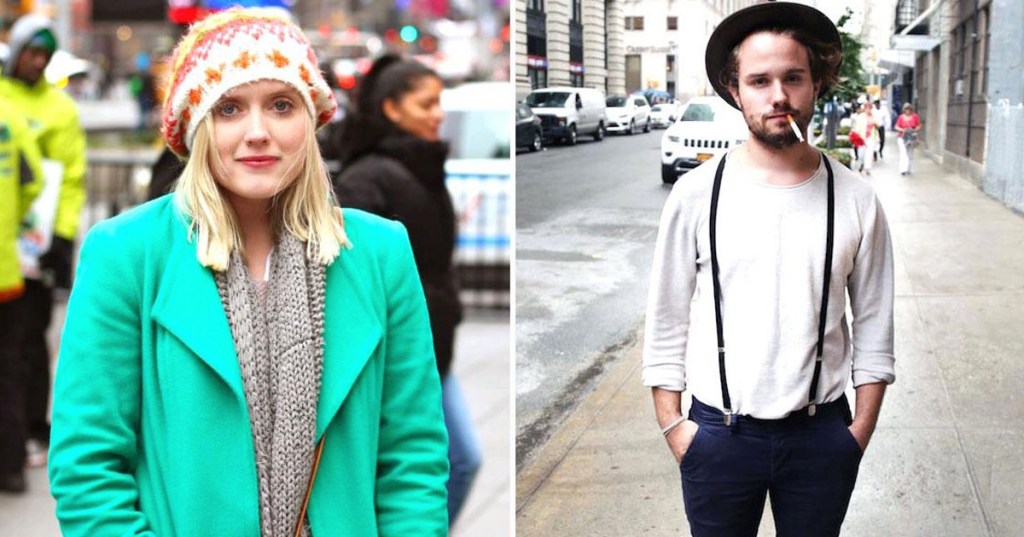 Chances are, if you’ve been on the Internet at some point in the last seven years, you’ve heard of Humans of New York, a popular photoblog that showcases New Yorkers from all walks of life. They do great work!

And as with anything that becomes popular, Humans of New York has inspired similar parody accounts. One of the best is the Instagram page Millennials of New York. On the page, creators Connor Toole and Alec MacDonald post photos of New Yorkers of millennial age, along with joke quotes that poke fun at their generation’s stereotypes. And millennials have a LOT of stereotypes, from self-absorption, to social media obsession, to being impervious to all damage except a silver bullet to the heart. (I might be mixing up millennials with werewolves on that last one.) 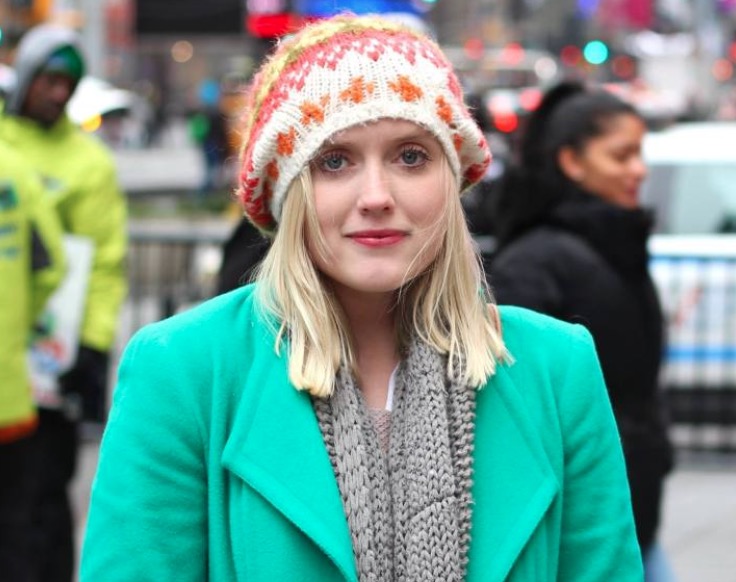 2. Wanna hear my political opinions? No? Too bad! 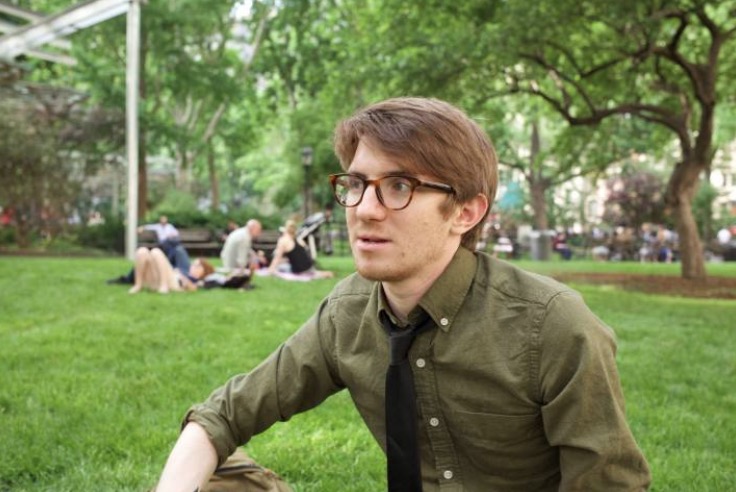 “As a liberal, I’m naturally really excited that gay marriage was made legal last month. But the decision did make me feel a little weird; I’m always very confused when America does something that’s actually good. It’s like a mosquito landing on my shoulder and saying ‘Listen buddy, I think it’s time I gave back’ and handing me a Starbucks gift card.'” 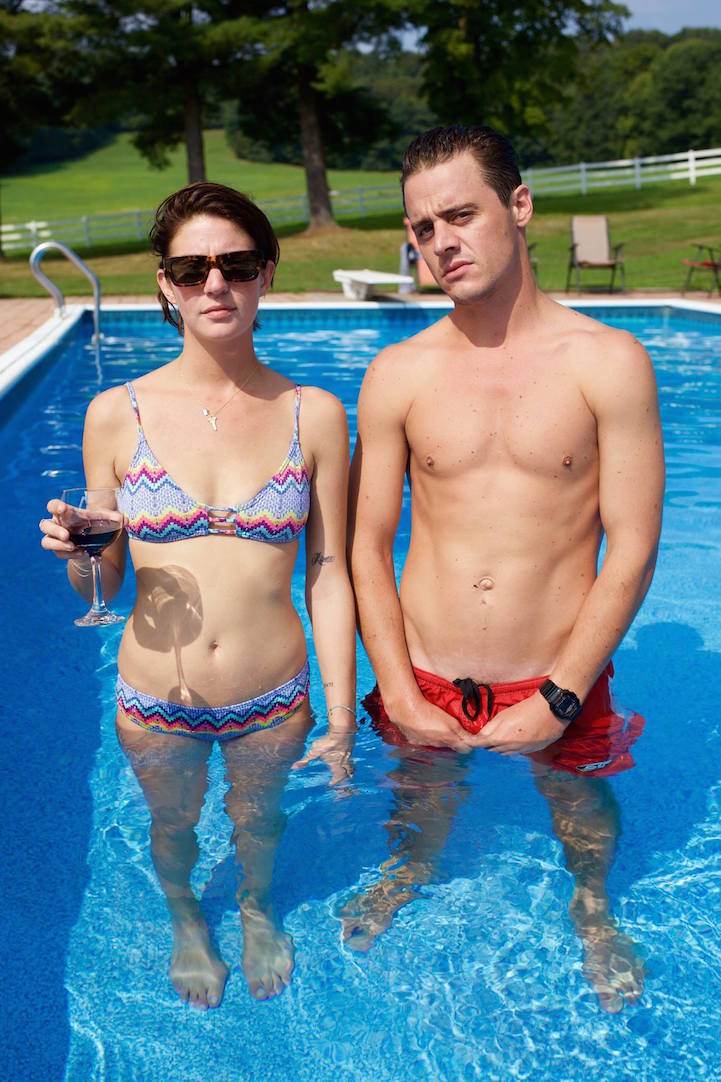 “We got married two weeks ago. It was an absolutely beautiful ceremony. I wouldn’t have done anything differently. Some people said it was tacky to make the priest hold the selfie stick when we kissed, but they can tell that to the 271 likes the picture got on Facebook. Now we’re on our honeymoon. It’s so beautiful. I’ve been spending most of my time staring longingly at our Instagram notifications while holding his hand and thinking about how many likes we’ll get for making a baby.” 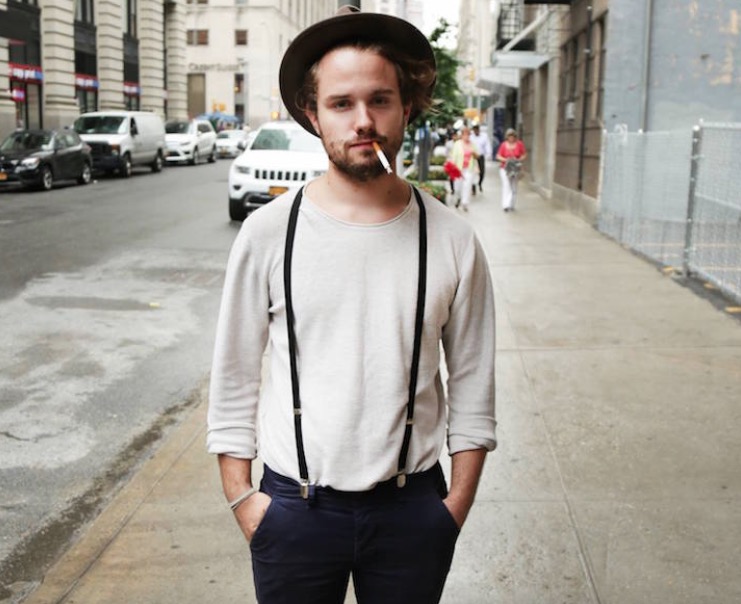 “I feel like it’s been forever since the last time I went to Fashion Week. What’s my personal style? Well, you can basically describe my current look as: ‘It’s 1898 and I, a humble hemp farmer, am set to marry the daughter of a rich industrialist. She may be prettier than Annie Oakley and sweeter than a slice of watermelon on a warm summer’s day, but I just can’t bring myself to love her. ”

“So I decide to just drop it all and go work on the railroad—where a hard days work is met with a day’s honest wage, and the men drink black coffee, tell stories around the fire each night, and sleep under a canopy of a million flickering stars.’ But if that description is too long I guess you can just write ‘Amish chic.” 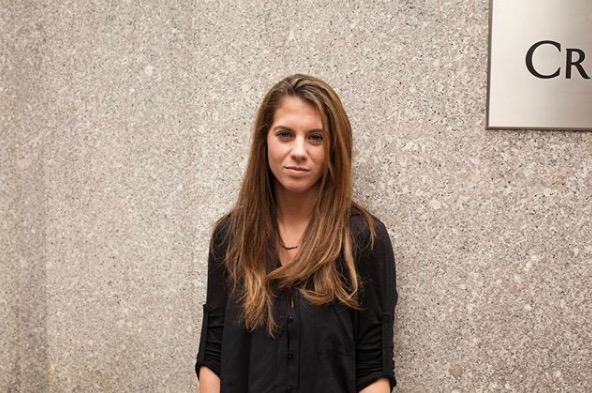 “I have a couple close friends that are single today and it just breaks my heart. I can’t imagine what they must be going through. I just feel so lucky to be with Tom. Tom is amazing. It’s heartbreaking to picture my single friends, at home, eating Chinese food, watching Netflix, alone, without a Tom in the other room asking them things like ‘do you think period blood is, like, caviar for vampires?’ God, I just feel so bad for them.” 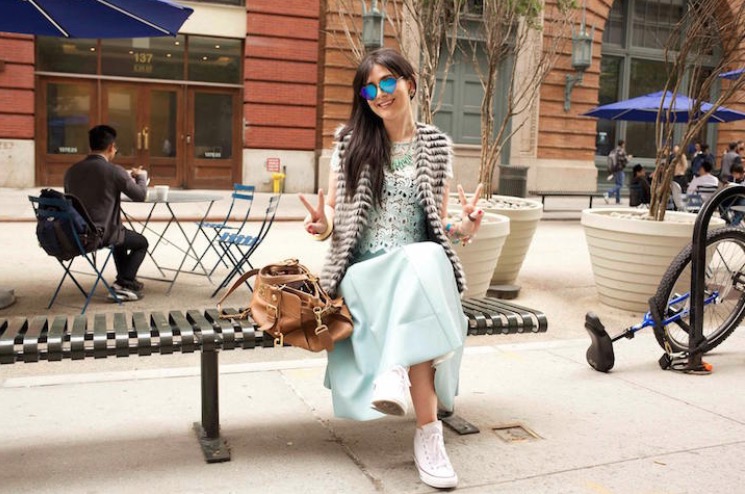 “I buy passes for music festivals and post them on Instagram before reselling them so people think I have a social life. I’ve actually never been to one. I had someone ask me why I never post pictures of the actual festival and I said, ‘I leave my camera at home because reality shouldn’t be viewed through a lens.” 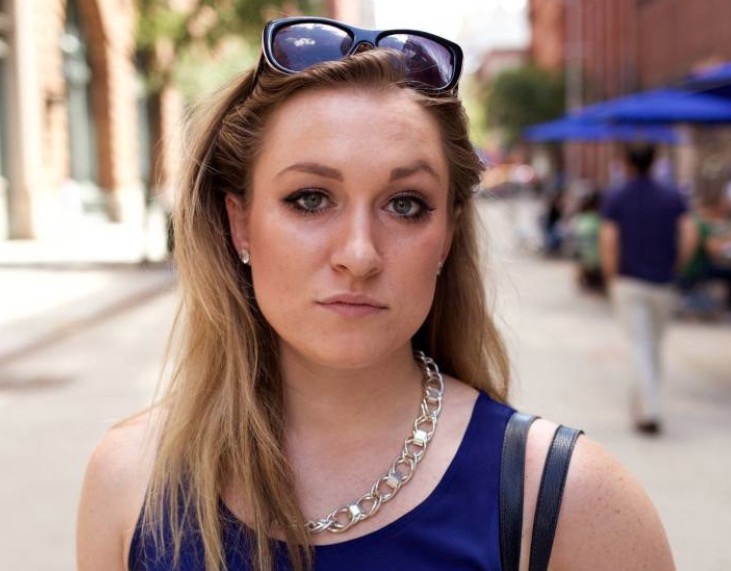 Photo Credit: Instagram“It’s literally impossible to take advantage of the city when everything is as expensive as it is. Isn’t DeBlasio supposed to be doing something about these ridiculous rent prices? It feels like by the time I’m done paying for other basic necessities – groceries, electric, Internet, MetroCard, Sunday brunches, margarita machine maintenance, feather headdress-making lessons, Saturday brunches, an officially licensed SoulCycle machine for my apartment so I don’t have to worry about classes filling up – there’s really nothing left for me to have any fun with. I don’t want to ask my parents to up my allowance but I don’t know if I have a choice anymore.” 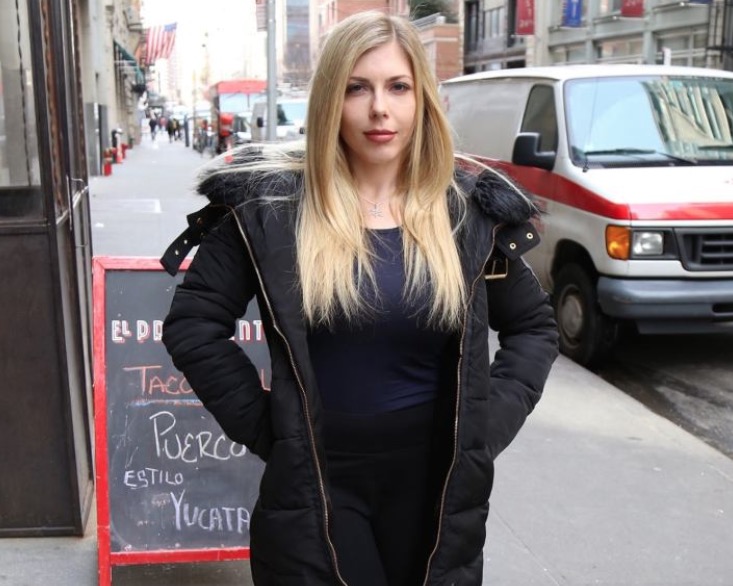 “My doctor said I need to stop smoking if I want to lower my risk of cancer. I told him he might want to go back to med school. I’m a Sagittarius. Everyone knows we’re not compatible.”

9. Try dropping this one during your annual Thanksgiving political argument.

“I’d like to propose a moment of silence for future conservatives who won’t be able to call us ‘snowflakes’ anymore because there will be no more snow.”

10. Indecisiveness is a feature, not a flaw. 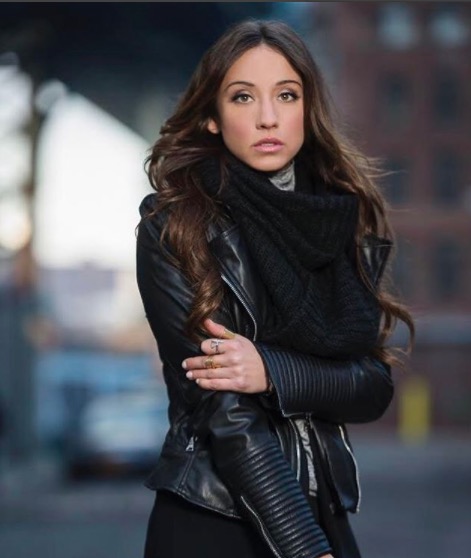 “Growing up, everyone thinks that making the “right” decision is always straightforward. But let’s say you’re an adult who’s hypothetically trying to exact revenge on a monster who’s basically destroyed your life. And let’s say that you can either take the easy road or make a hard choice that’ll benefit everyone in the long run and (possibly hurt them in the short run). What do you do then? No, seriously, what do you do? I really need to know…” 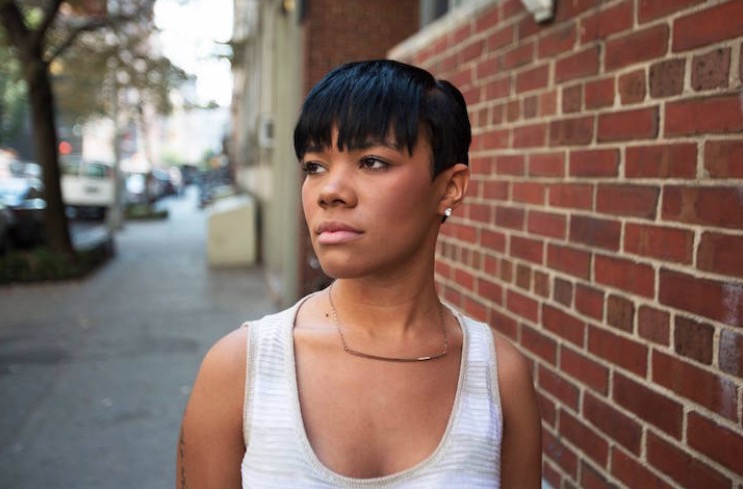 “If I had a reality TV show about my life, it would probably be called ‘Keeping Up With The Accomplishments of People I Know On Facebook.'” 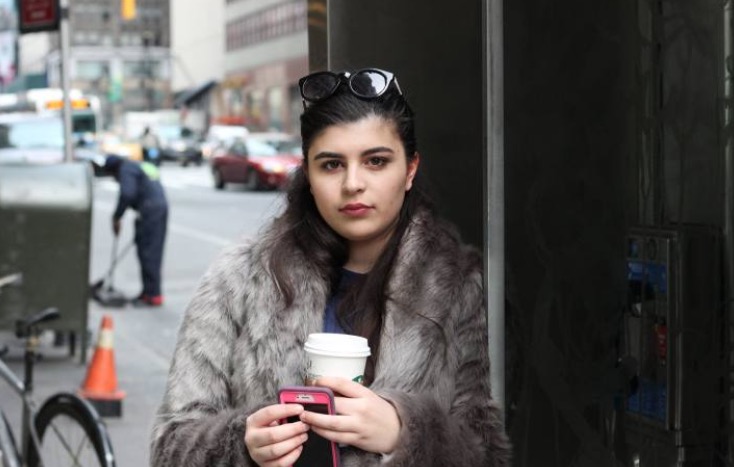 “I don’t do drugs. I don’t need to. Why risk getting addicted when life is full of so many simple pleasures — a freshly baked baguette, a decadent dessert, a warm cup of coffee. God, I love coffee. I’ve been drinking it every day for over a decade now. I used to be able to get by on a small cup from Starbucks, but as I’ve started to drink more now I need the strongest brew that I can get my hands on.”

“I’ve learned that if you want the highest quality stuff you’ve got to source your beans directly from South American countries like Colombia, Bolivia and Peru. Sure, there are some months I spend so much money on coffee that I can barely afford lunch. And yeah, sometimes when I don’t have my coffee, I can get a little irritable and, you know, I occasionally lash out at my loved ones. They keep telling me I should try to cut back, but I can’t handle the splitting headaches I get whenever my buzz wears off. Maybe they just need to learn to mind their fucking business.” 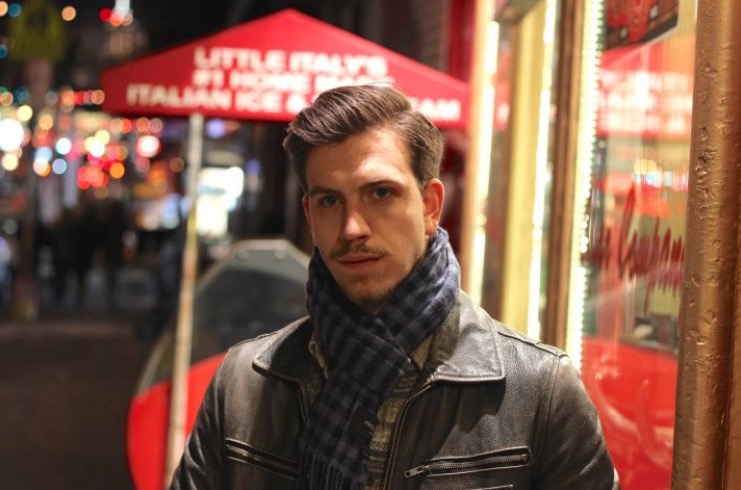 “I decided to work in finance because ever since I was a little kid I’ve wanted to be really vague whenever someone asks me what I do.”

14. The Titanic generation in a nutshell. 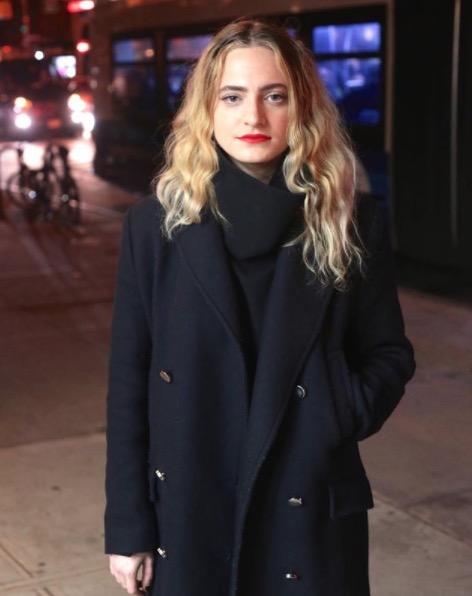 “To cheer us up, Leonardo DiCaprio and Kate Winslet need to get married. We’ve given them enough. It’s time they gave back.”

15. Millennials, learning the lesson every generation has learned since the dawn of time. 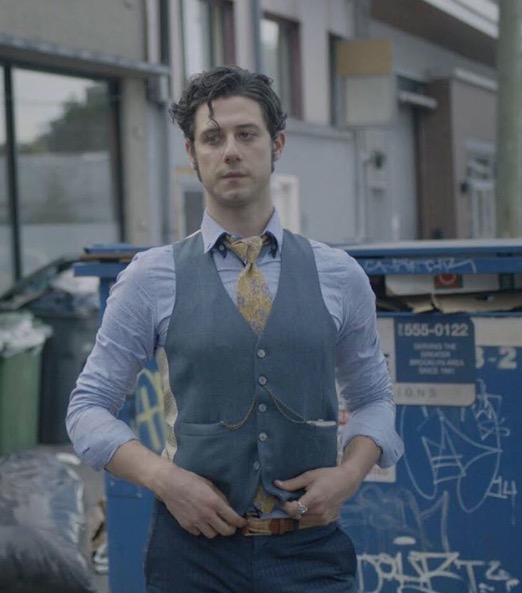 “Most people say they want more responsibility, but when it happens they freak out because they don’t know what they’re doing. Not me, though. I’m really good at pretending like I know what I’m doing when, in fact, I have absolutely no clue. You could make me the king of a magical world I’m completely unqualified to run, and I’d get up there and start casting spells and ordering people around like I’d been doing it forever. So, yeah, it’s probably the trait I’m proudest of.”