Meet The Woman Who Actually Married A Zombie Doll

One indisputable fact of life is that you cannot marry a zombie. Setting aside any potential legal difficulties to human-zombie marriage, the main obstacle is that zombies do not exist. (Sorry.)

For now, if you want to marry a shambling reanimated corpse, you’ll have to do what Massachusetts native Felicity Kadlec did and marry a zombie doll. But don’t tell her she’s settling for second-best. According to Felicity, she and her zombie doll are very much in love. 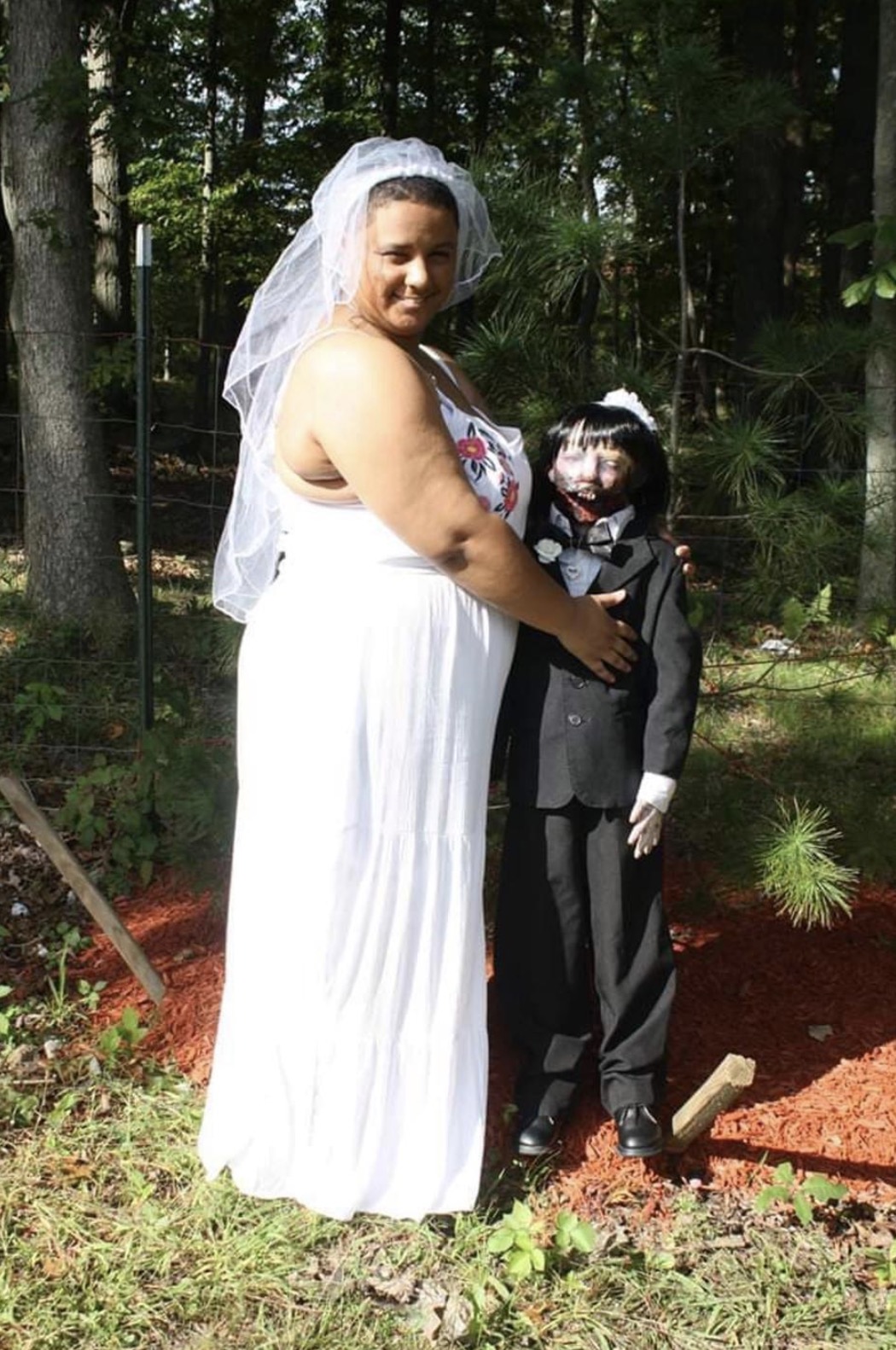 The doll’s name is Kelly Rossi. Last September, Felicity and Kelly were married in a small, intimate ceremony in Tiverton, Rhode Island. The wedding cost about $500, which included decorations, a dress for Felicity, and a tuxedo for Kelly. 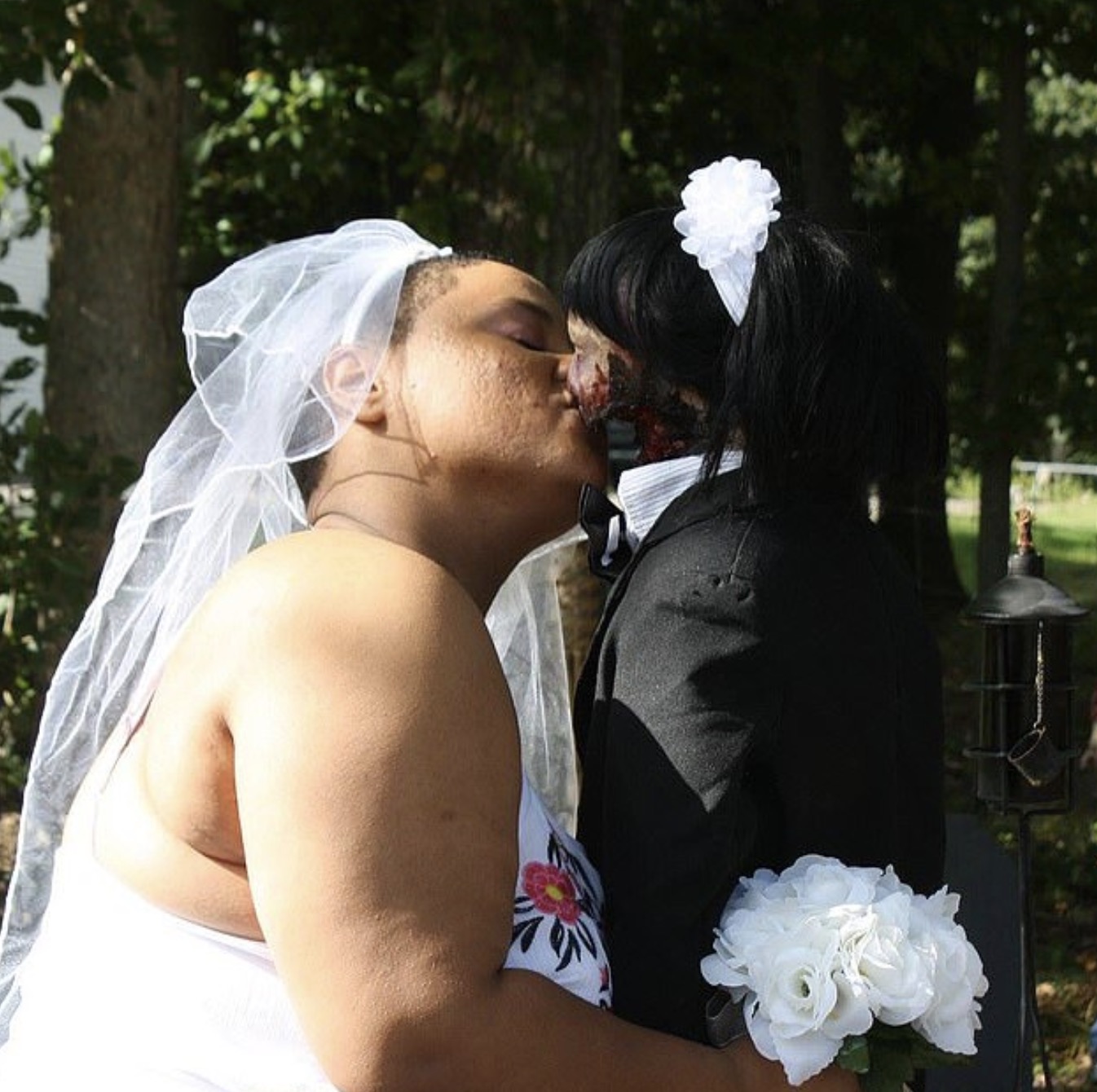 According to Felicity, Kelly is 37-years-old. The 20-year-old Felicity doesn’t mind her partner’s age difference, and she definitely doesn’t mind that Kelly’s face is mangled almost beyond recognition.

“I married Kelly but only because I accept her for who she is, I look past her bloody face and I don’t mind her not having a jaw,” she said.

And isn’t that what love is all about? We could all do so well in our own relationships. 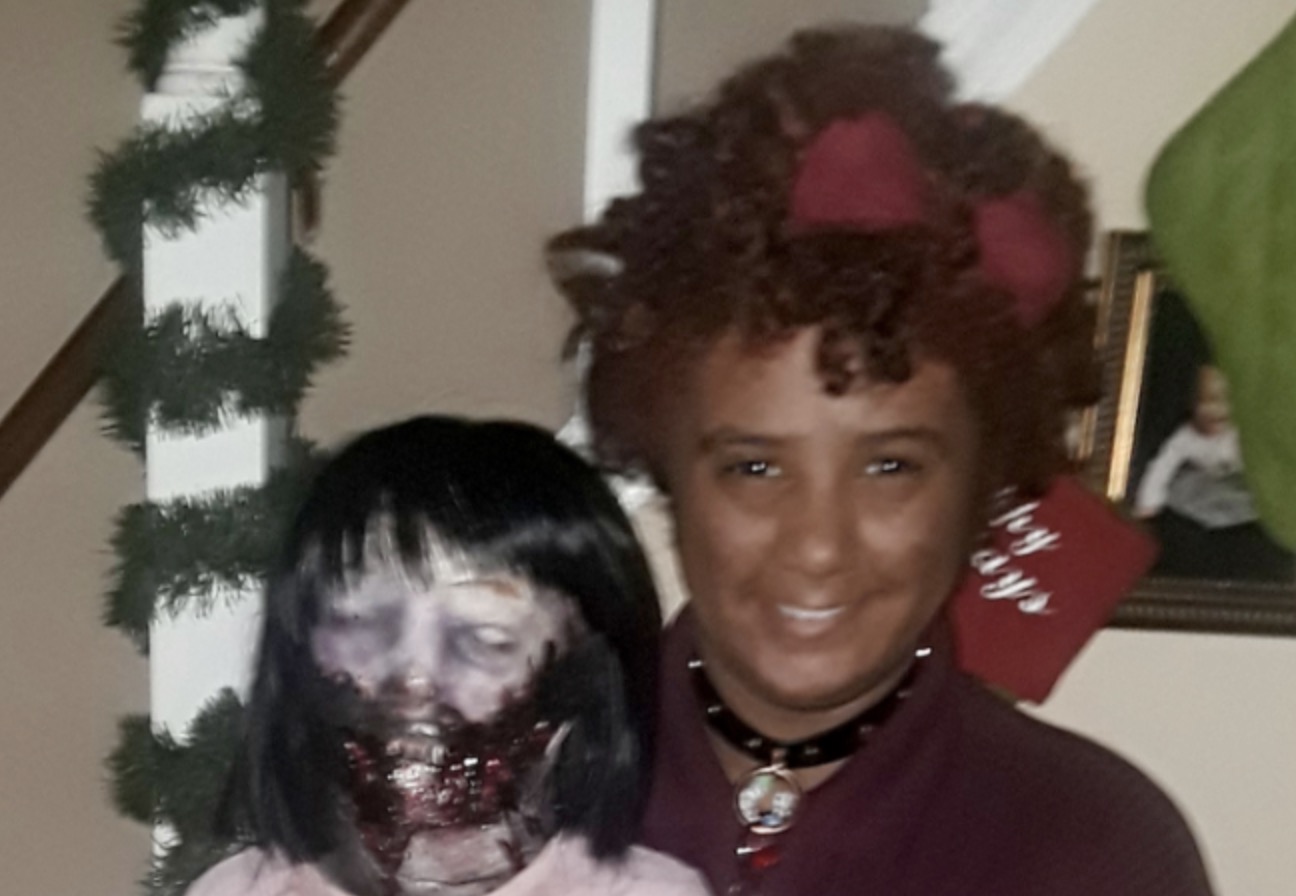 Felicity has had boyfriends in the past, but she never found a connection as special as the one she has with Kelly. When describing her relationship the zombie doll, Felicity said: “Her spirit and personality traits made me know that she was the one for me and that I wanted to spend the rest of my life with her.”

And yes, their relationship includes sex. “We have a normal, intimate relationship which is progressing in the normal way,” she said. “I am intimate with Kelly – I caress her and feel safe with her, and I feel a genuine connection when I’m having an intimate moment with her.” 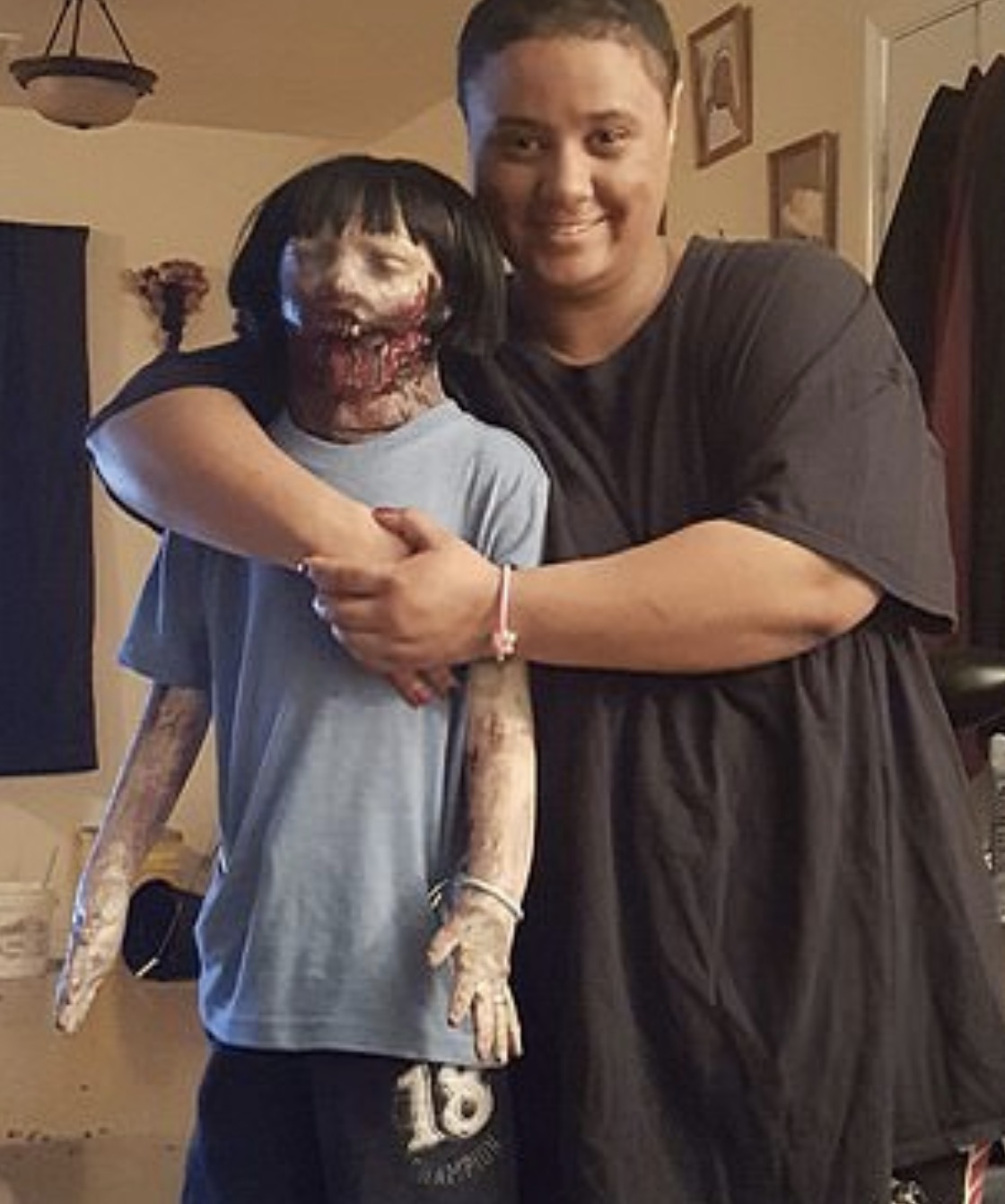 The couple first “met” years ago, when Felicity, a lifelong horror movie and zombie aficionado, found Kelly on a creepy dolls website. Felicity’s father later bought Kelly for her as a gift. Felicity was 13 years old at the time, but three years later, she noticed that romantic feelings were developing.

“Our relationship was on and off since I was 16,” Felicity said, “I would tell myself that it was wrong and break it off.” 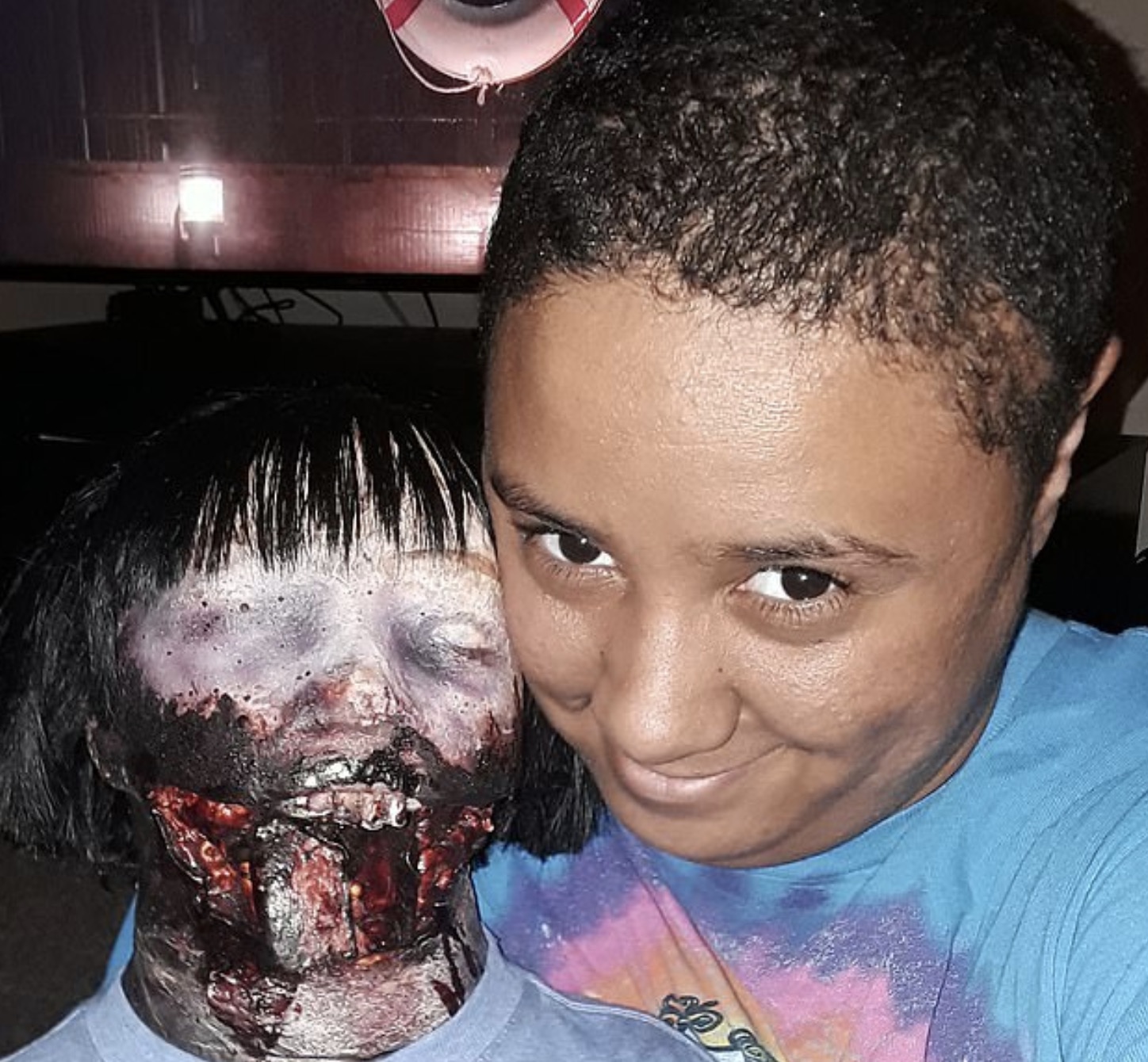 It was only when her father died in 2017 that Felicity accepted how she felt about Kelly. During her grief, Felicity came to rely on the doll more and more for emotional comfort. Romance blossomed. “I finally allowed myself to be open with who I was and let my feelings come out and, despite not everyone agreeing with my love life, I have never felt happier,” Felicity explained. 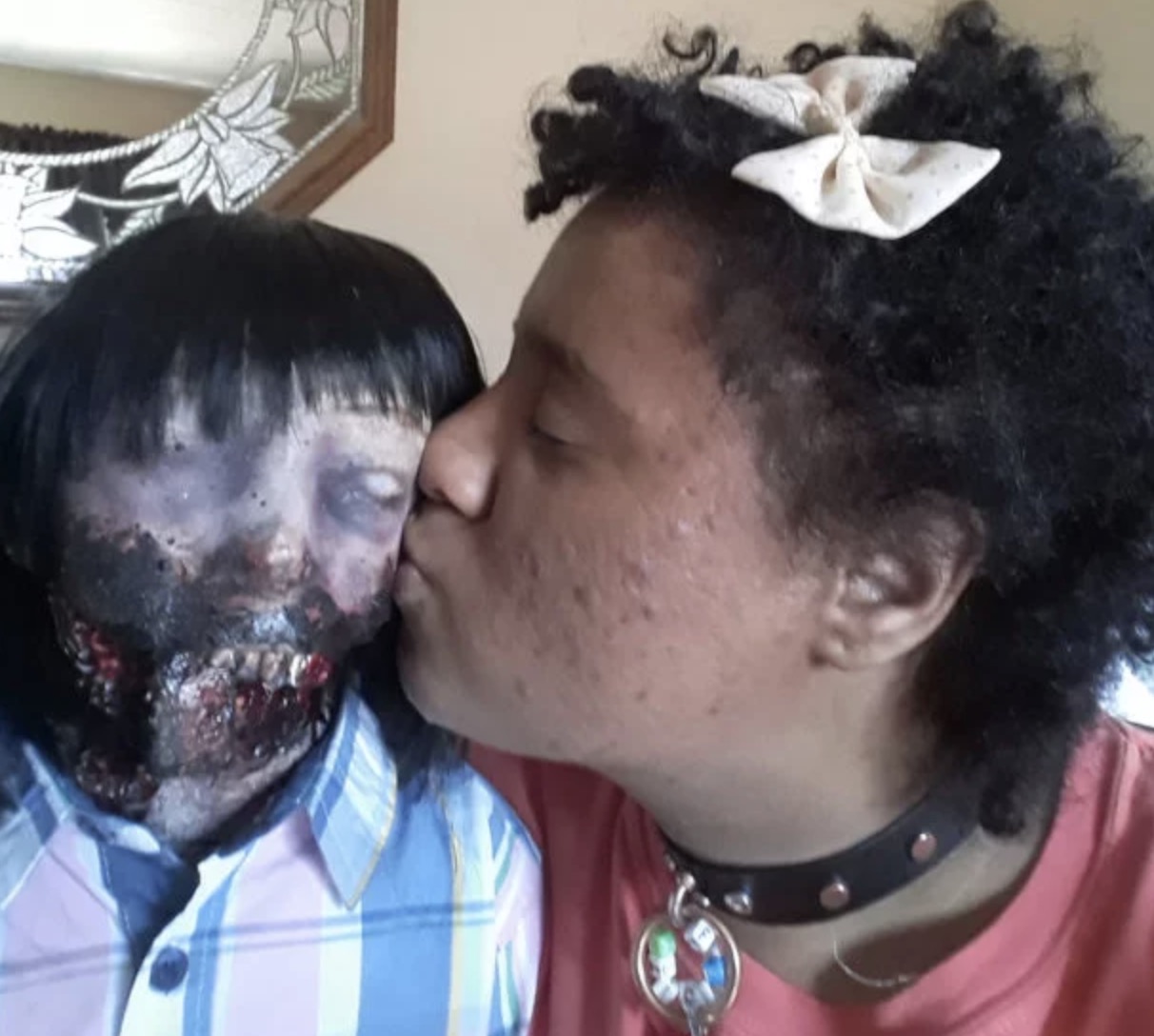 As you can imagine, most people don’t understand Felicity and Kelly’s relationship. “I do even receive criticism from my friends and family – if we go out with them they won’t let me bring Kelly with me,” she told UniLAD. If Felicity does go out for food, Kelly has to remain in the car, otherwise people would stare. Because of this, Felicity and Kelly have never had an official date in public.

But the disapproval doesn’t bother Felicity. “[Kelly] makes me happy and I love her so that’s all that matters,” she said. 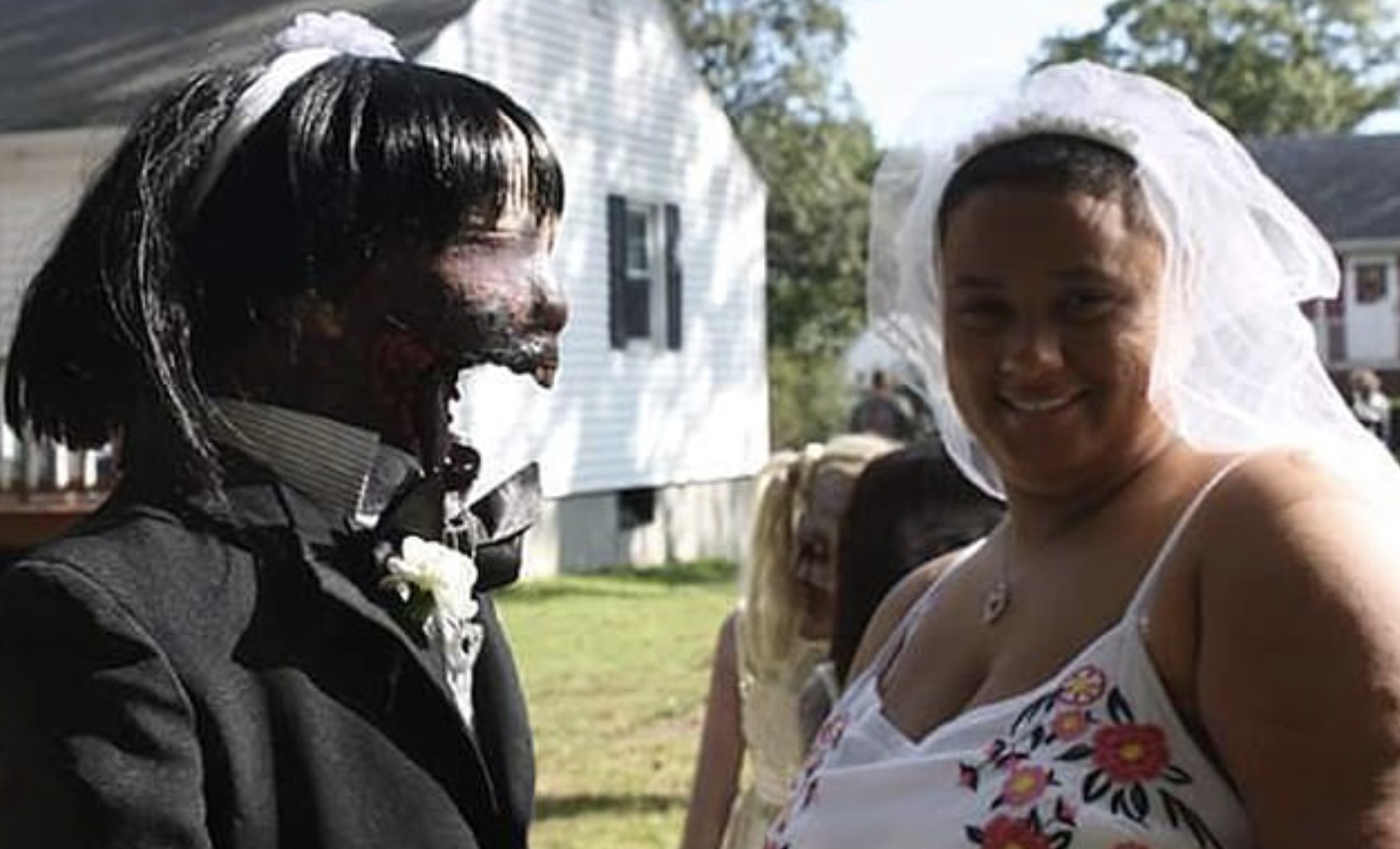 But all of that is behind them, now that they’re married. The wedding was everything Felicity could have wanted. “Our wedding ceremony was beautiful and perfect – exactly the way I dreamed it would have been,” she said. “I made sure that the whole wedding was done properly so it would be as official as possible, and we consummated the marriage afterwards.” 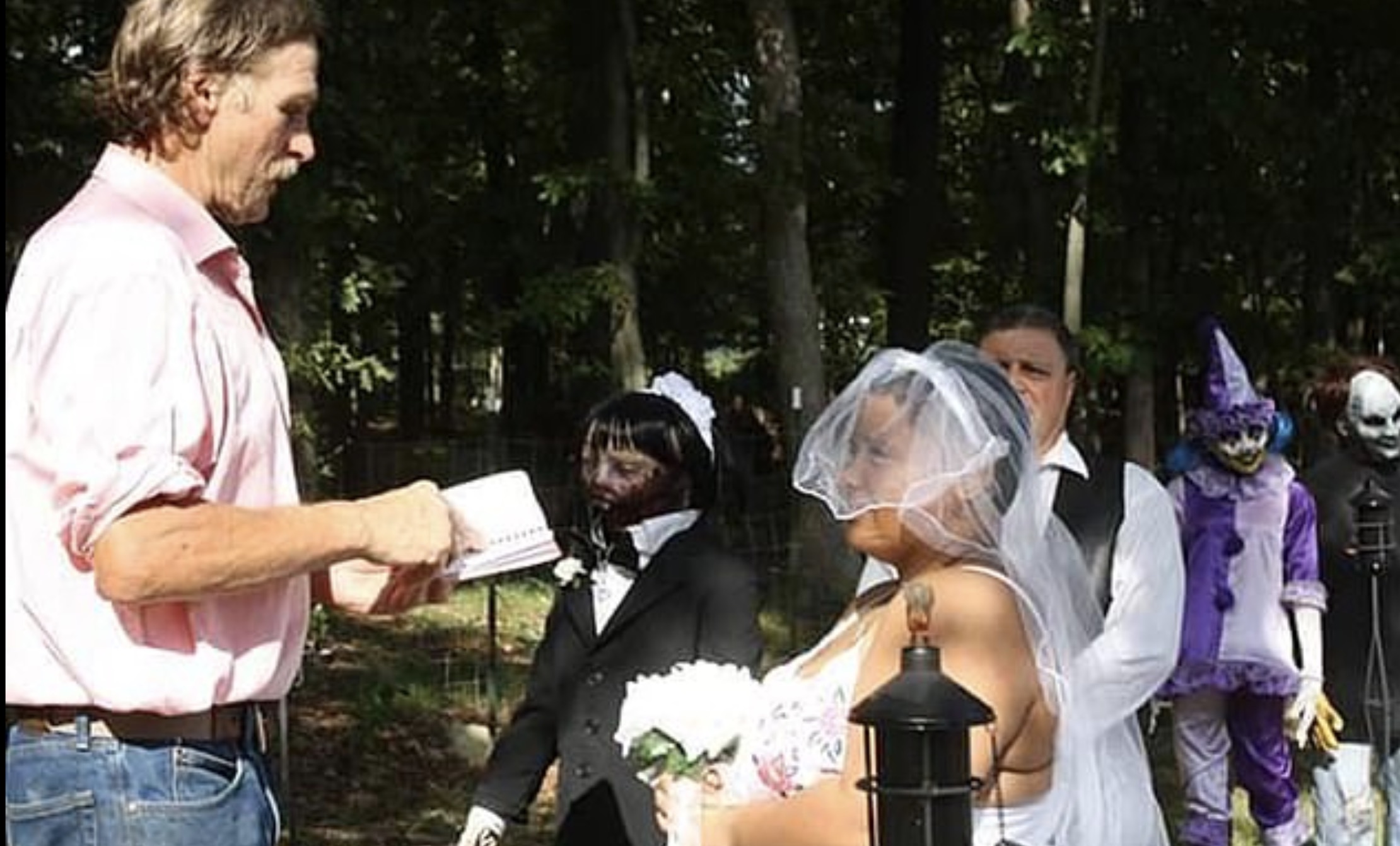 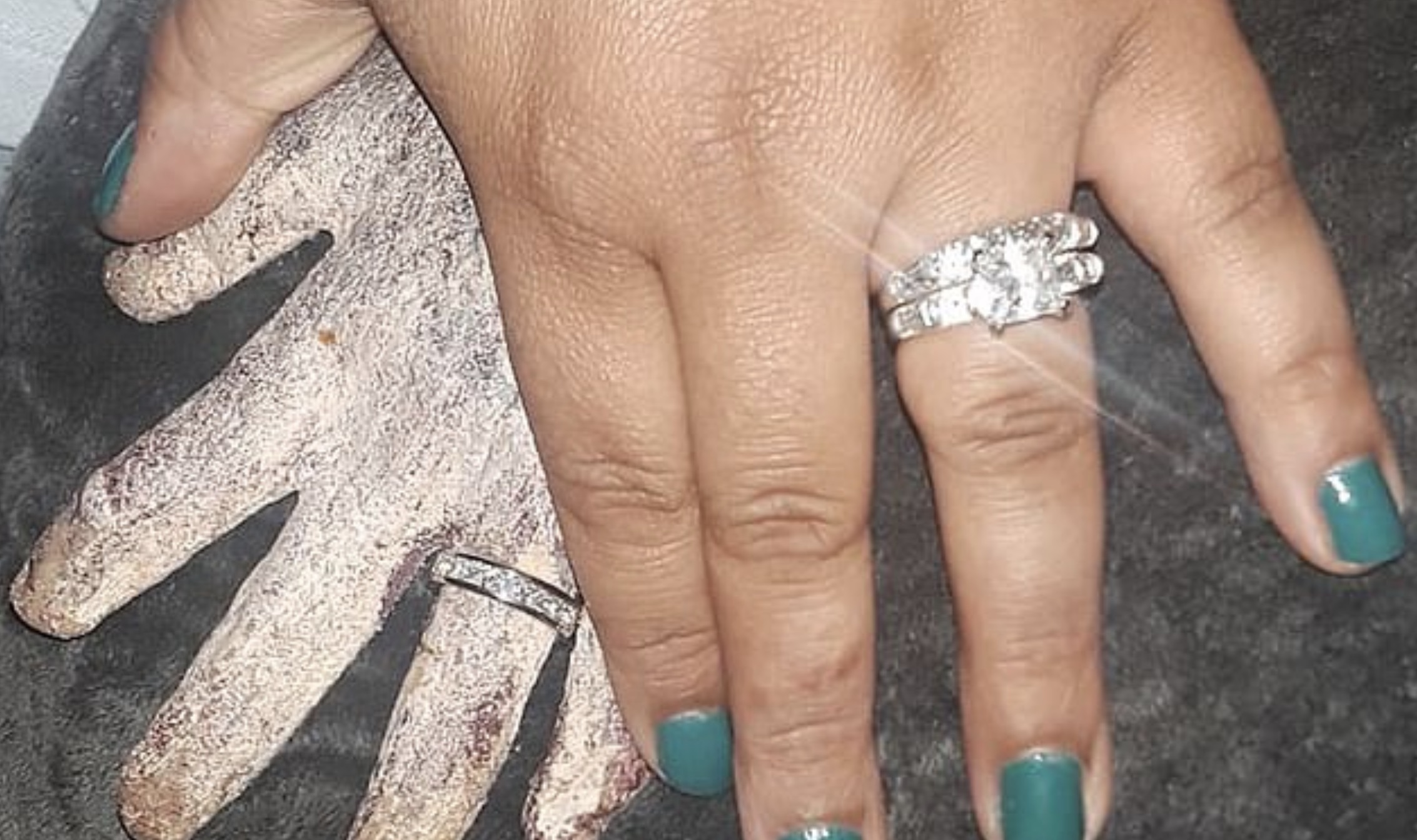 The couple also preferred to keep the guest list small. Four of their living friends were in attendance, as well as eight of Felicity’s other zombie dolls. 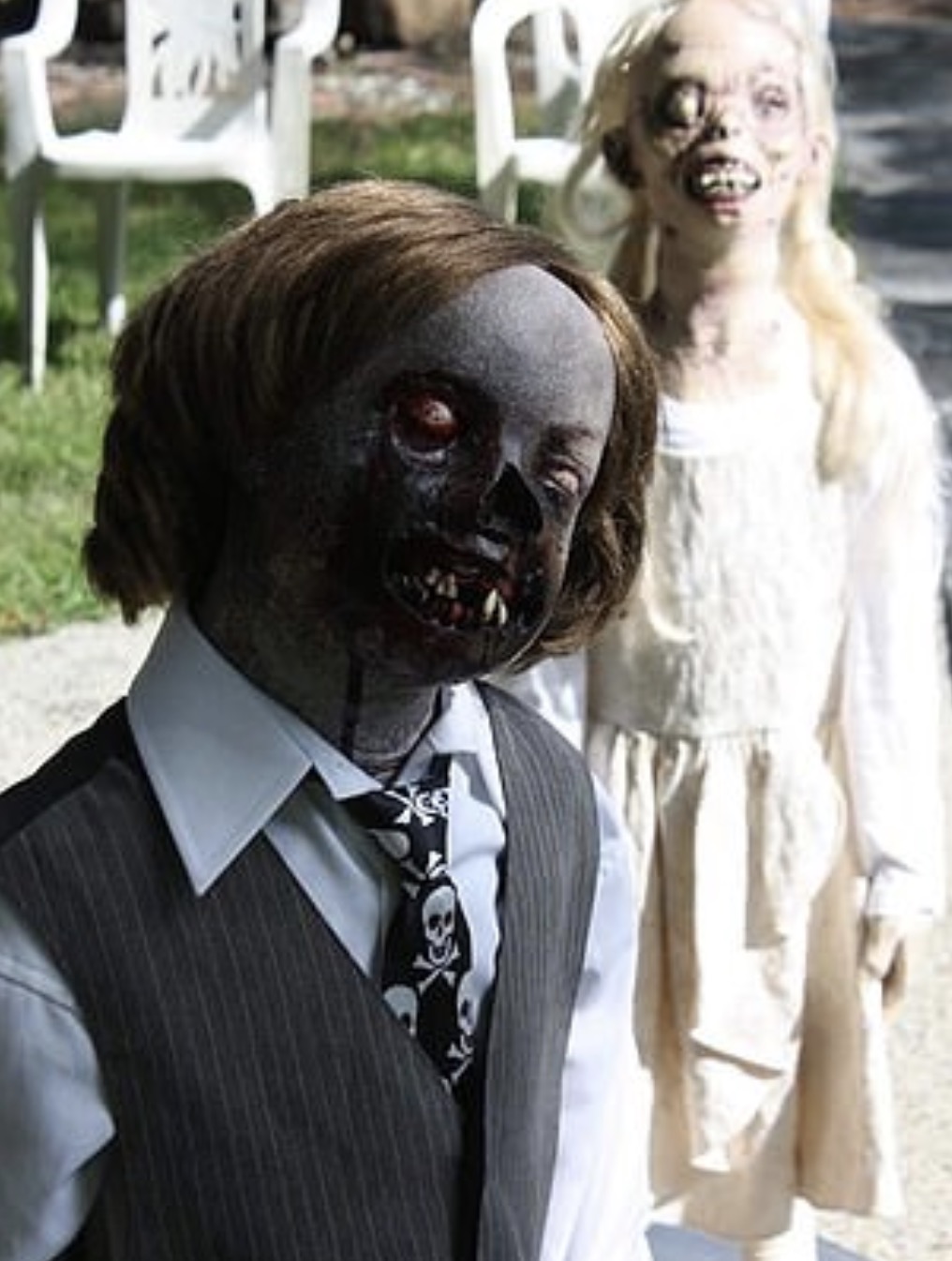 What’s next for Felicity and Kelly? The same next step for many newlyweds: a baby.

Obviously this would come with logistical difficulties. Kelly is not a candidate to carry a child, seeing as how she’s an inanimate object. And even if she weren’t, I’m pretty sure zombies can’t get pregnant. (Have they discussed this on The Walking Dead?) Felicity will have to carry the baby, and she’s currently looking into sperm banks.

“We are in no rush, we want to find the perfect option for us. And it will be expensive,” Felicity told The Sun. “But we have started looking into it. We know we will spend the rest of our lives together, so you don’t need to put time limits on it. But it is the next step for us. I know Kelly would be a great parent. I love her, and she loves me. That’s all that matters.” 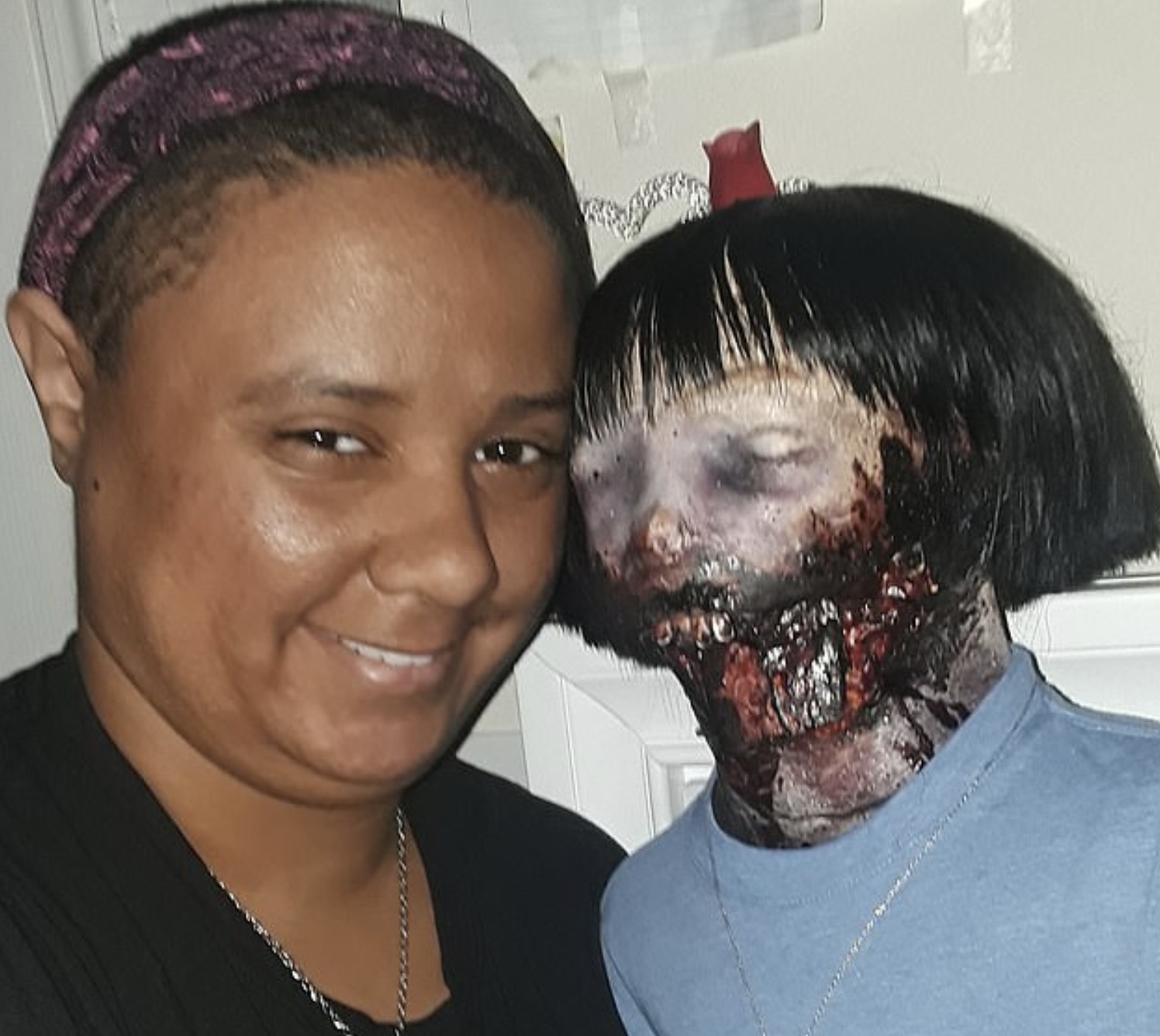 We wish Felicity and her undead spouse all the best. If you would like to send the happy couple a wedding gift, you couldn’t do much worse than a box of fresh brains. (Preferably from a cow or something. Not from a human.)