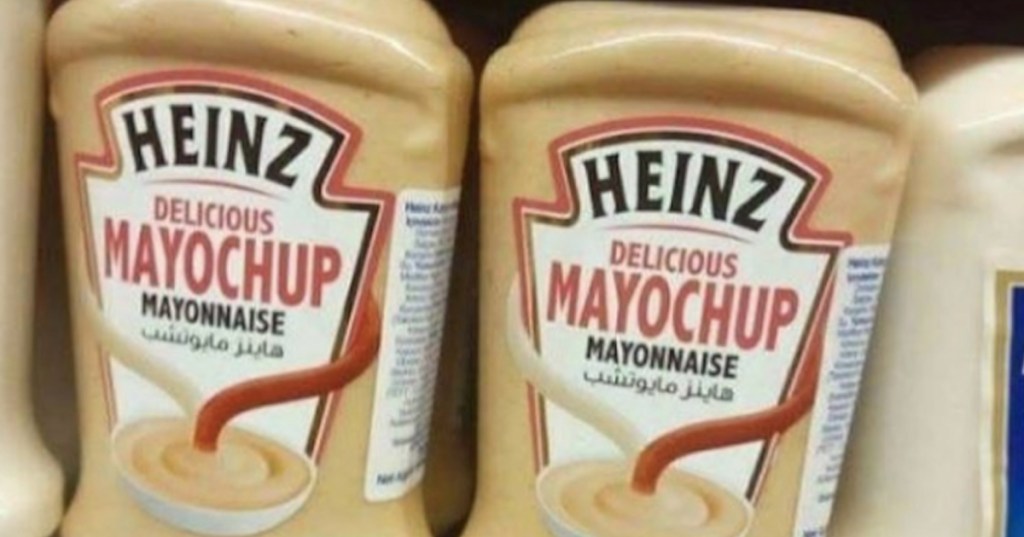 Mayo And Ketchup Are Having An Affair

Back in the 90’s, there was a sketch on the seminal HBO comedy series Mr. Show about a product called “Mayostard.” It was an advertisement for a combination of mustard and mayonnaise in the same bottle. The sketch was making fun of products like Goober, which combined peanut butter and jelly in the same jar. Mayostard, (and its competitor Mustardayonnaise), were making fun of how far we go in search of convenience.

But everything that once was absurd eventually becomes reality. No, Mayostard doesn’t actually exist, but the next-worst thing now does: Mayochup. 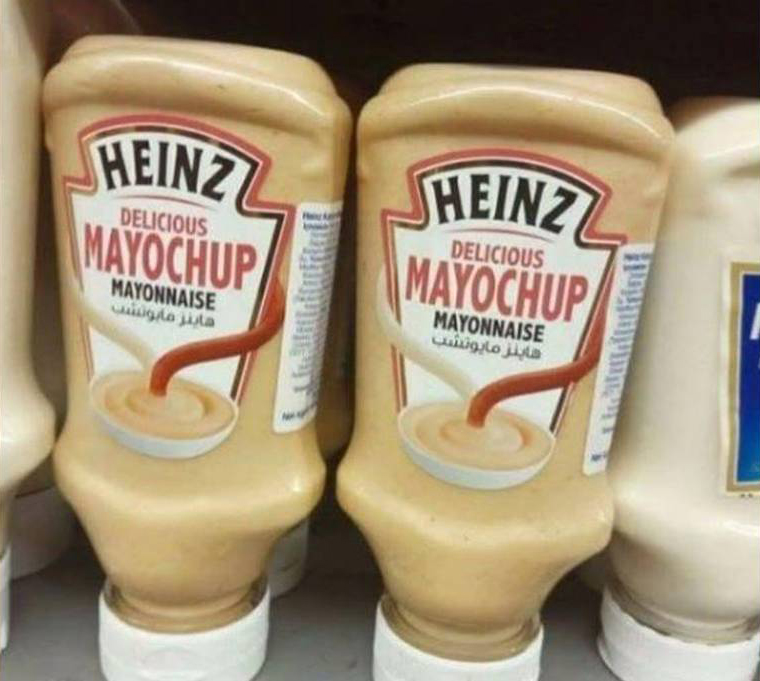 In a related story, the word “delicious” has abruptly resigned from being a word and looks forward to spending more time with its children, “scrumptious” and “flavor-nado.”

Mayochup is only available in the Middle East, for now, but Heinz recently sprung the following poll on an unsuspecting American public: 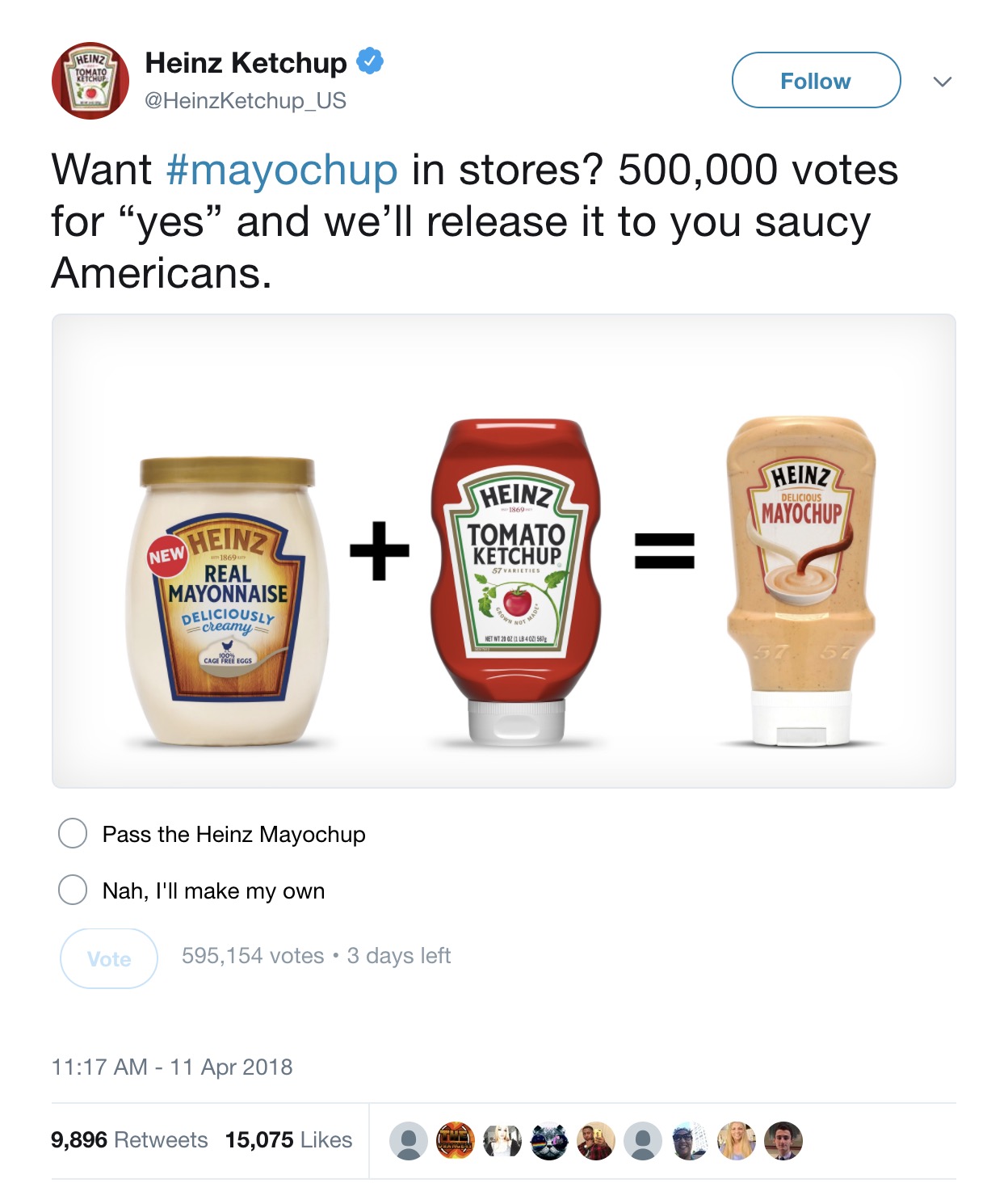 Horrifyingly, the Tweet has already received over 300,000 votes in the affirmative, meaning Mayochup could be arriving on our shores soon.

The people of Twitter were divided in their reactions to Mayochup. Some rejoiced. 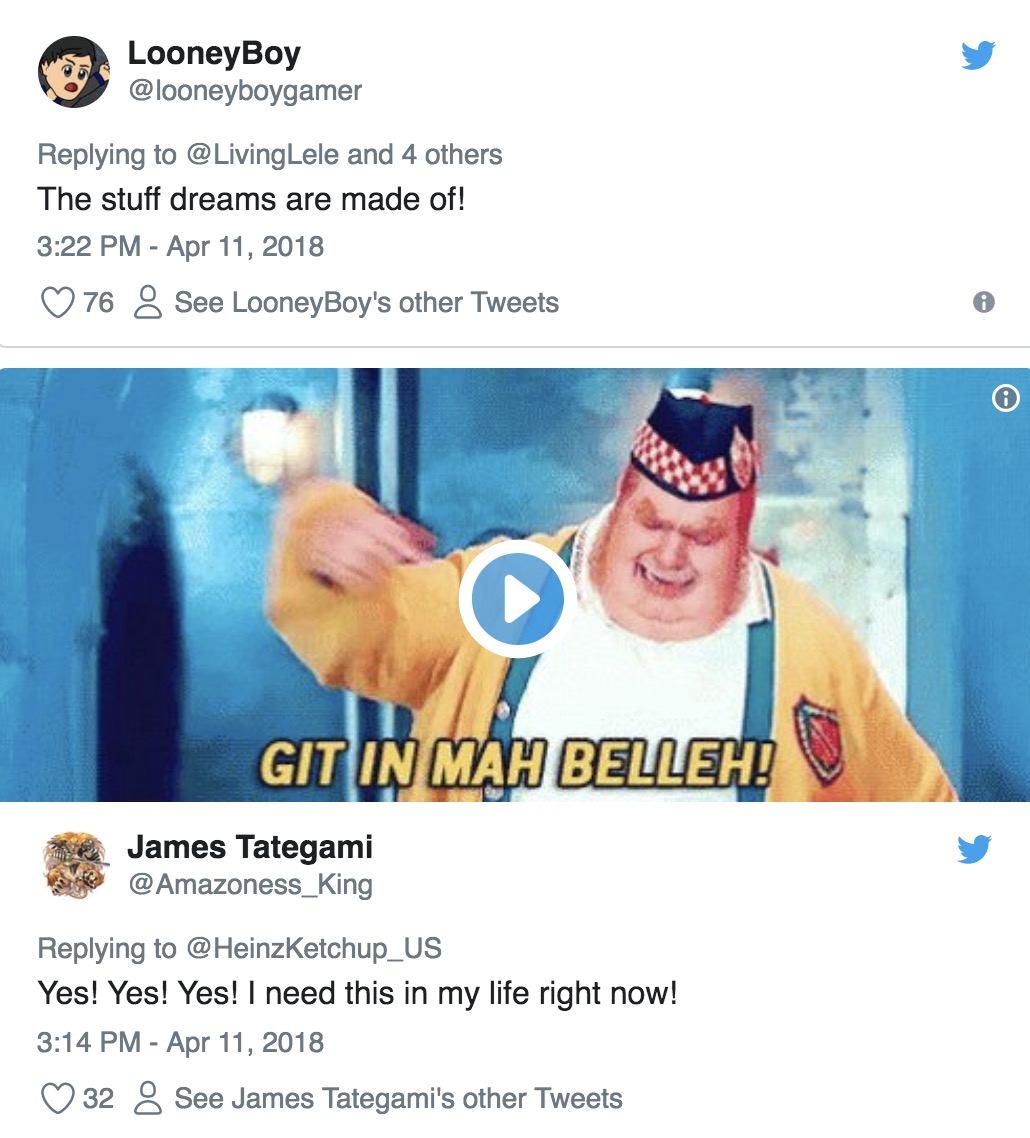 While others had correct opinions.

Some just wondered if Mayochup is even necessary. Utahans say they’ve already been eating a version of Mayochup for decades.

Fry sauce has indeed been around since the 1950’s, but it’s not like mixing two condiments together is a novel concept.

Over in the UK, people accused Mayochup of ripping off Mary Rose sauce, a cocktail sauce popular in the 80’s. 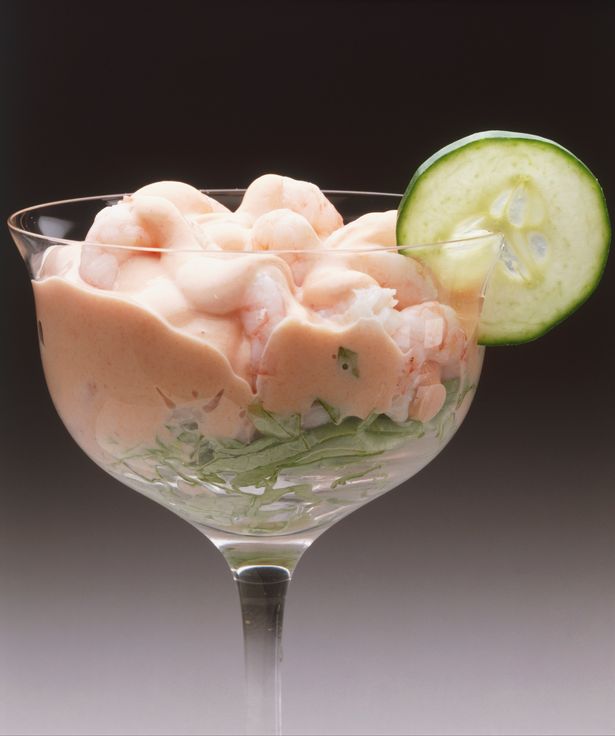 On the contrary, Mayochup is not the same thing as Mary Rose sauce! The recipe for Mary Rose also includes lemon, pepper, worcester sauce, and severe depression.

But maybe, against all common sense, you’re still salivating at the idea of a ketchup-mayo combo. If that’s your jam, and you’re not willing to make the sauce yourself, you can vote in Heinz’s poll here.