If you’re the sort of person who would covertly snap a picture of a famous person, know this: you’re way less subtle than you think you are. Celebs often have a sixth sense to know when they’re on camera, and they’re definitely aware of you photographing them. Most celebs just ignore the amateur paparazzi, or maybe confront them if the photographer was being particularly obnoxious. But when one model caught a woman taking his picture on the subway, his reaction was WAY cooler than it needed to be.

A New York City-based Brazilian jujitsu instructor named Loiba, who prefers not to reveal her last name, was riding the E train last week when she looked up and saw, according to Buzzfeed News, “an unbelievably gorgeous” guy sitting across from her. 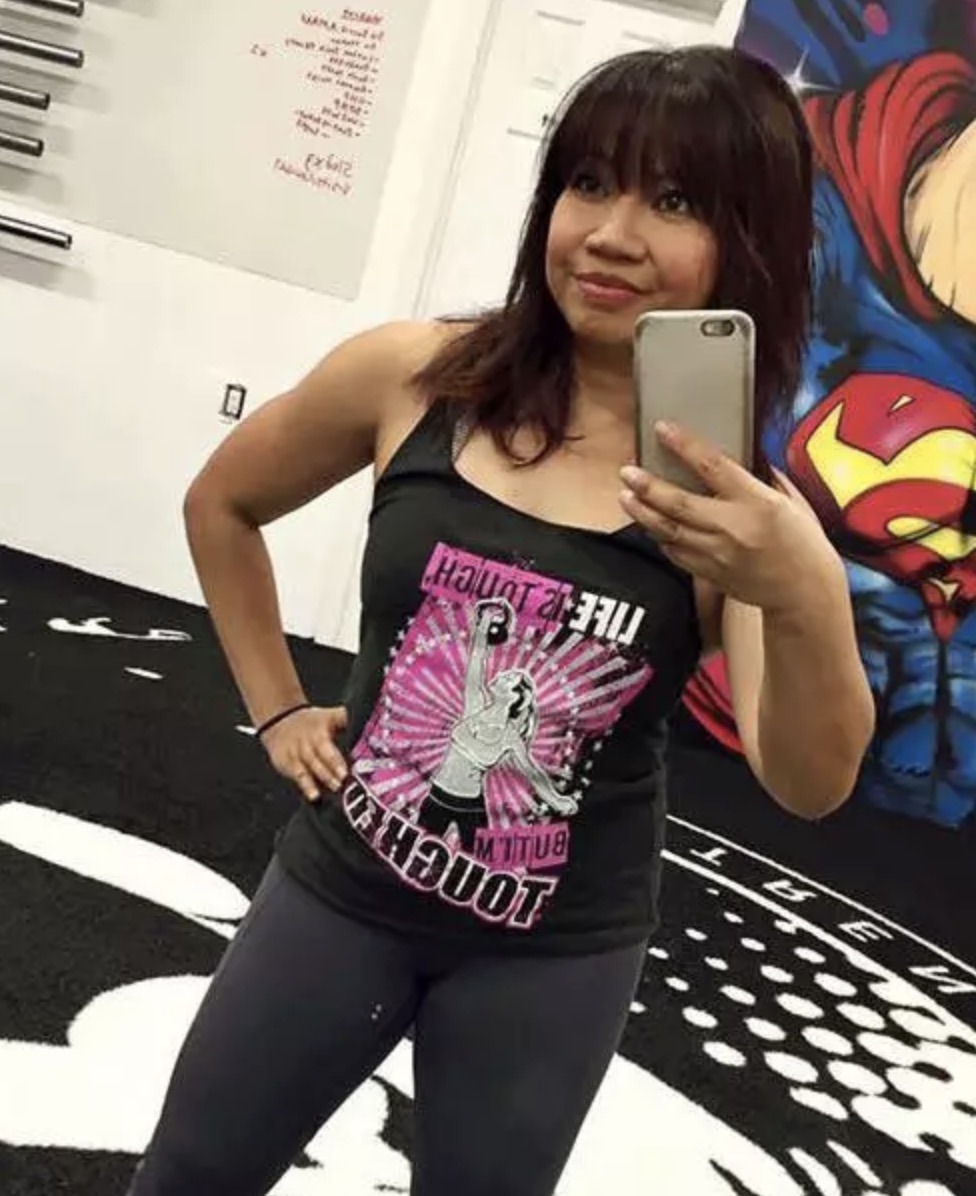 Loiba was struck by the man’s attractiveness. It was obvious the man was more attractive than mere mortals, and Loiba admitted she gawked for most of her ride. “Rarely do you see a supermodel ride the subway train,” Loiba said. “I can tell he’s a fashion model because of what he was wearing.”

But beyond his sex appeal, she felt she knew him from somewhere. So, she surreptitiously took a couple photos of him, in order to figure out who he was later.

Here are the pictures she took of the mystery man, airing out his kneecaps. 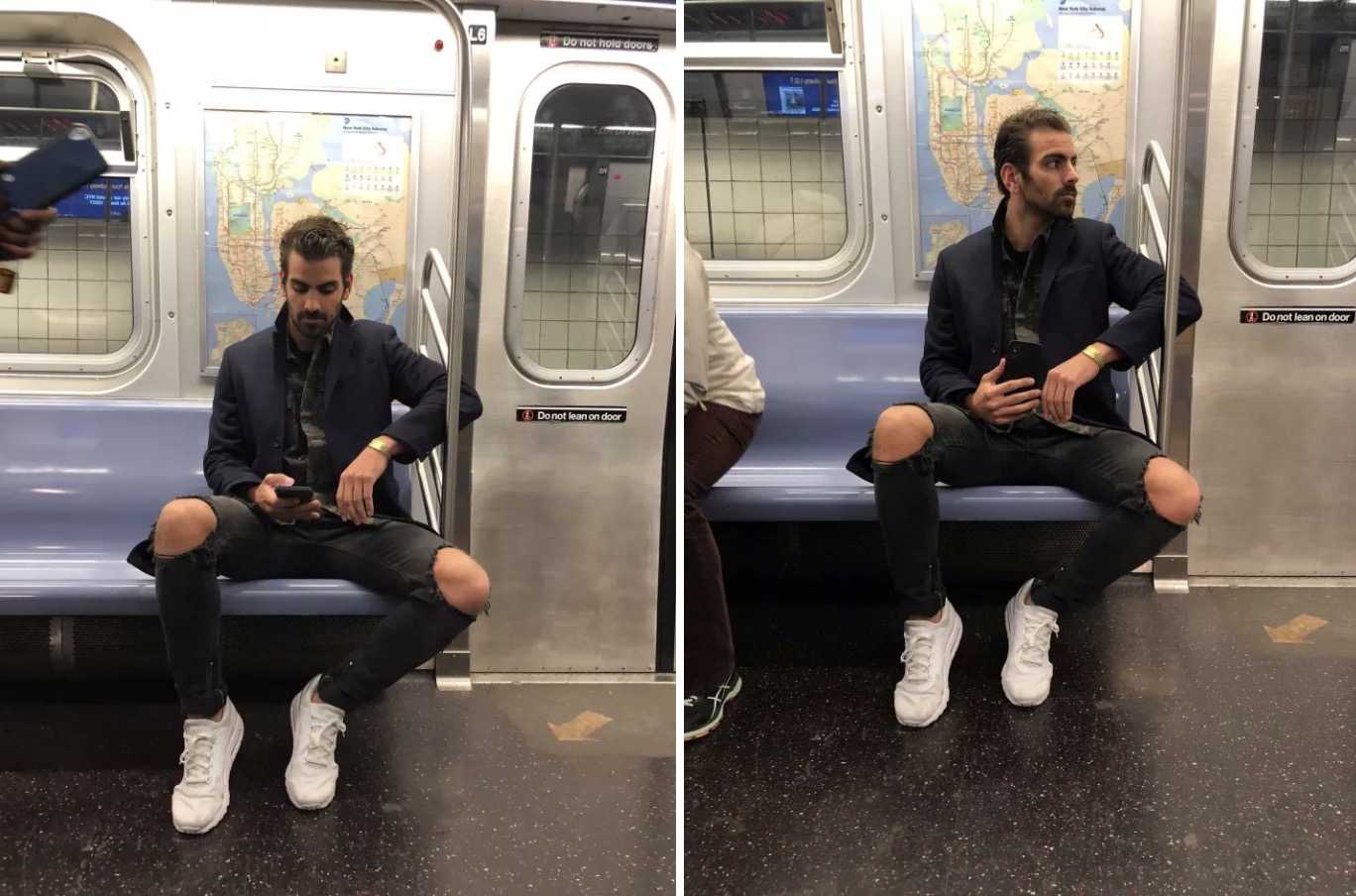 That weekend, while browsing social media, Loiba finally realized who he was: supermodel and deaf activist Nyle DiMarco. Loiba had recognized him from his appearances on cycle 22 of America’s Next Top Model, which he won, becoming the both the show’s first deaf contestant and winner.

He also won season 22 of Dancing with the Stars, in which he was paired with Petra Murgatroyd. Below, DiMarco can be seen in the classic male model beach pose called, “I forgot to remove my clothes before taking a dip, and also, here are my pubes.” 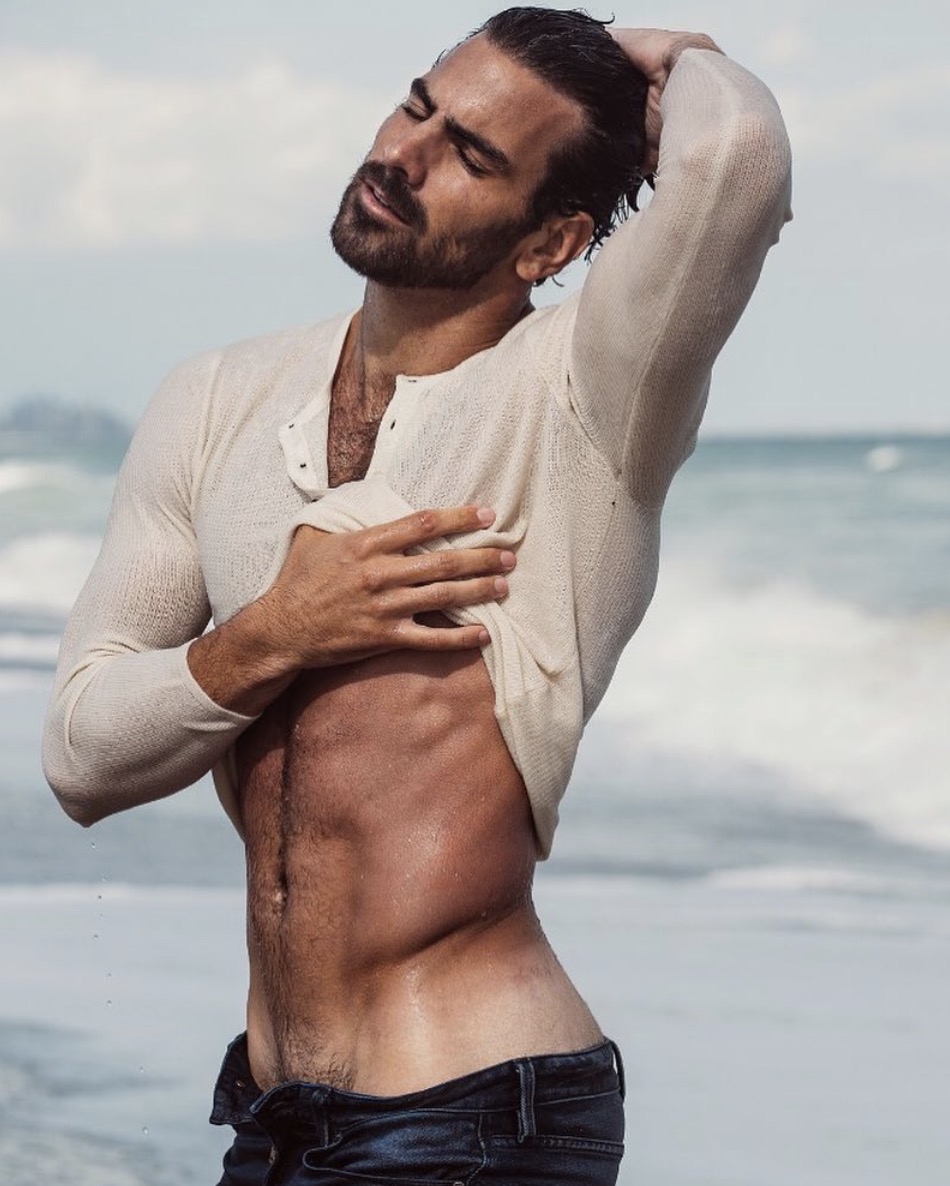 At this point, Loiba could have let sleeping dogs lie. But instead, she reached out to DiMarco on his Facebook fan page and came clean about her photos. The chance to get attention from DiMarco greatly outweighed any potential backlash from her stealth photography. 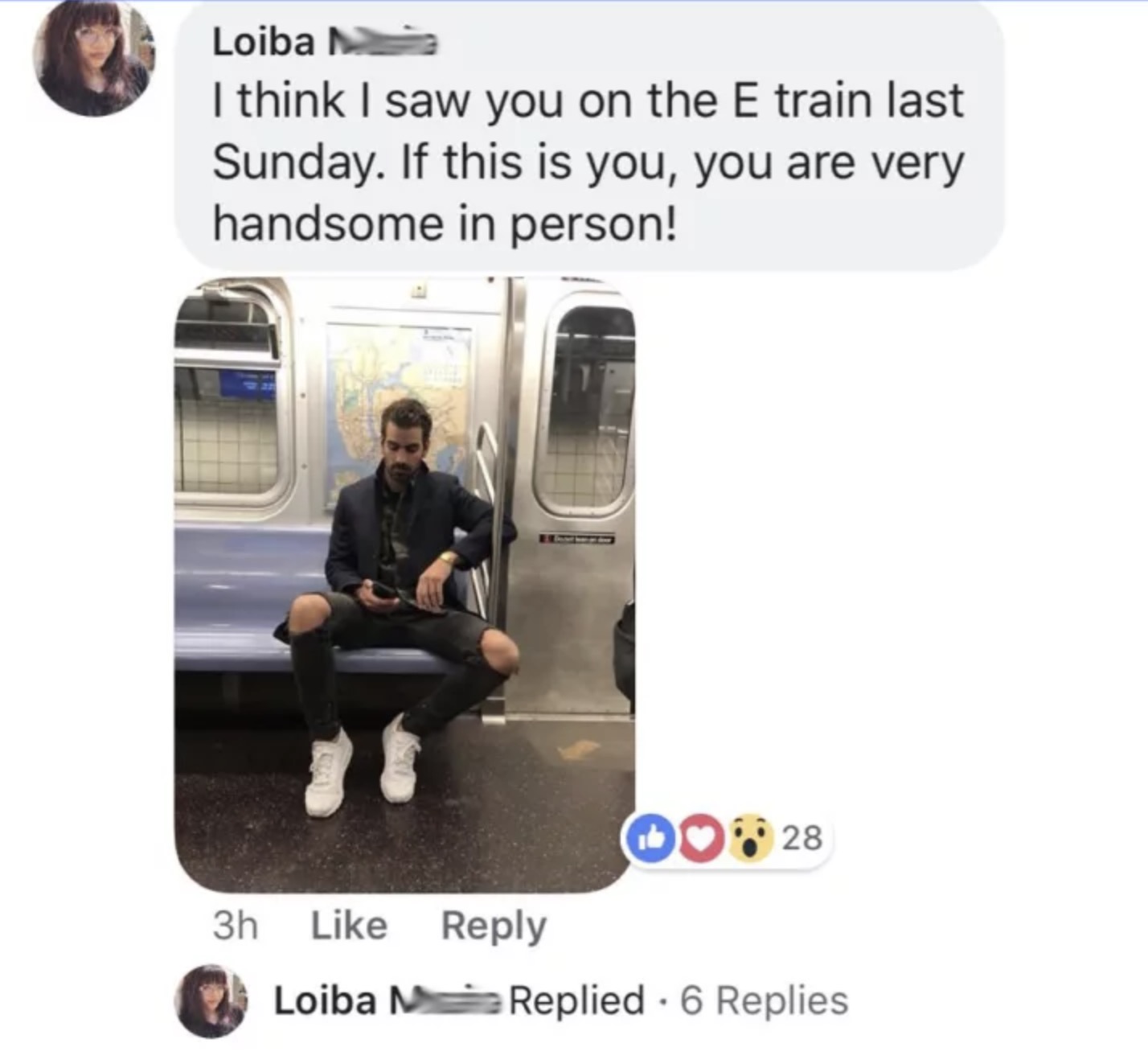 To everyone’s surprise, DiMarco responded to her post with a confession of his own: 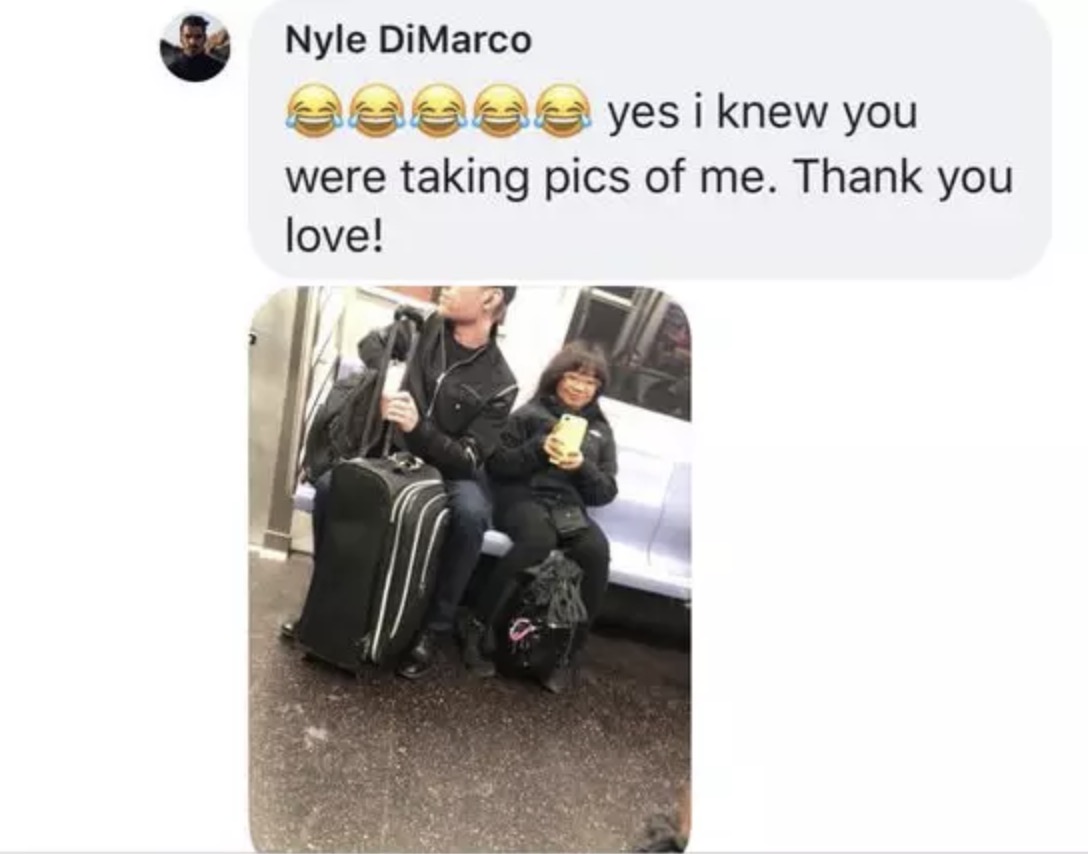 That’s right! Not only was DiMarco aware of her staring, he decided to return the favor with some secret photography of his own.

DiMarco was inspired by actor Cole Sprouse, who has an Instagram page called Camera Battles where he posts pictures of fans trying to take his photo. DiMarco also says he noticed Loiba because his “deaf eyes” are always alert, and he immediately noticed her taking the photo. But if you look at this closeup of Loiba, you’ll see she wasn’t being as sly as she thought she was. 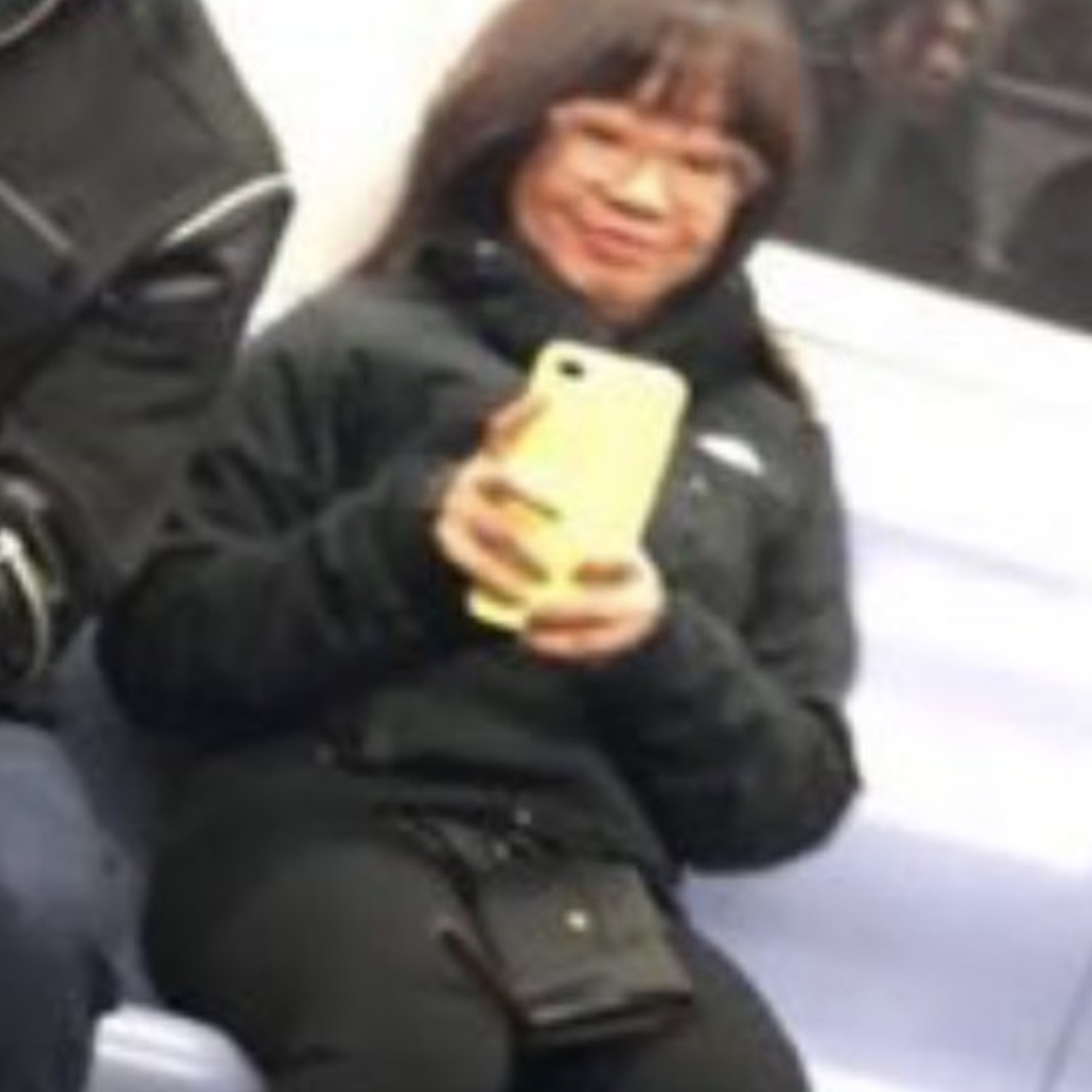 DiMarco was a good sport about it–after all, when you’re famous, this kind of thing is part of the gig. His only regret, he told Buzzfeed, was that he and Loiba didn’t take a selfie together.

Fans on social media who witnessed the exchange between DiMarco and Loiba had lots of reactions.

Some saw a bit of themselves in Loiba’s actions.

While others were fascinated by this glimpse into the life of a celebrity.

Generally, this sort of photography, known as “creep shots,” is a no-no. We should all avoid taking pictures of people without their permission, even celebrities.

But if you absolutely have to take a creep shot, hopefully it’s with someone as nice as Nyle DiMarco.

13+ Television Lovers Reminisce About the One Show They Wish They Could Experience for the First Time Again
20 Tweets That Got over 25,000 Retweets in 2018
20 Times Cats Hilariously Crashed Nativity Scenes
20 Random Facts You Can Learn on Twitter
This Cool App Turns People Into Renaissance Paintings
Baby Suffers a Stroke After Being Exposed to Chicken Pox by Unvaccinated Siblings