The list of things to be afraid of is long and varied. Global warming. Lions. Forgetting to wear underwear with your pajama pants on Christmas morning with your significant other’s parents. (It could happen to anyone.) And now, thanks to an anonymous British person, we can add “Farting audibly during a live television event” to our list.

The 2013 Snooker World Championships was holding its semifinal round at the Crucible Theater in Sheffield, UK. Ronnie O’Sullivan, then considered the world’s best snooker player, was attempting to win his fifth world championship, worth a prize of one million pounds. Standing in his was was the up-and-coming Judd Trump. (Not related to the president, so far as we know.) As Trump was carefully lining up a shot, an unknown spectator let one rip.

Mwah! (Italian chef finger kiss.) That was some tasty Internet right there, wasn’t it folks?

Here at Awkward.com we’re dedicated to your entertainment, and we’ll leave no stone unturned to bring you happiness. That’s why I am now going to go through this video moment by moment, with all the seriousness this story deserves.

Now then, if you watched the video, Trump is setting up his shot when the air biscuit was dropped. The crowd and the commenters seem to be confused about what the sound really was, but when Trump himself starts laughing, everyone took it as a signal that it was OK to crack up, too. 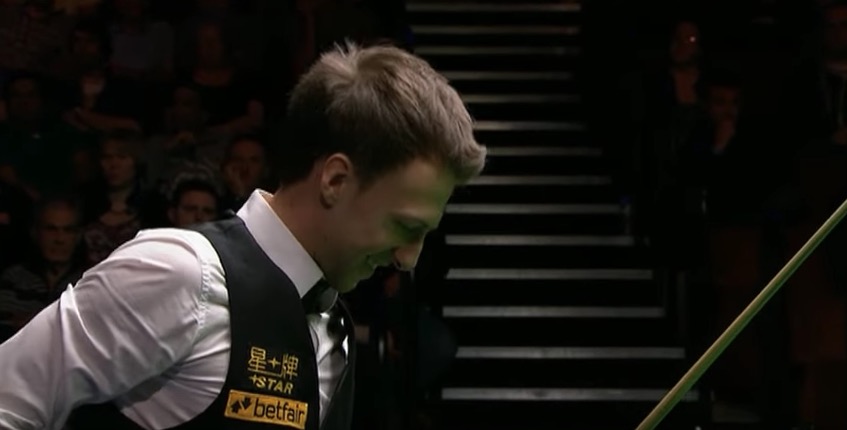 It’s understandable that everyone in this place would have come down with a case of the giggles. But if you watch the video closely, you’ll see that one person is definitely NOT laughing: the match official. If you want to see what a true professional looks like, look no further: 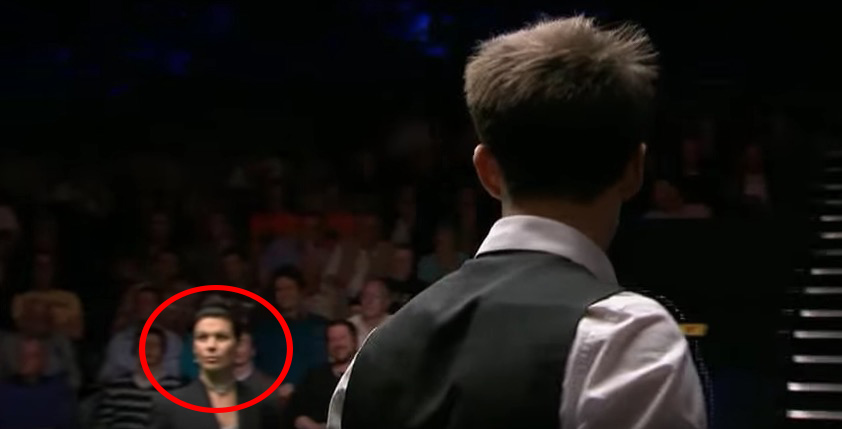 She is NOT having it. You can hear her a few seconds later instructing the crowd to “Settle down now, please.” What a pro.

Next, the TV commenters decide to address the elephant in the room. One of them jokes that the last person he heard fart during a snooker tournament was “Big” Bill Werbeniuk, a legendary snooker player, pictured below, not farting: 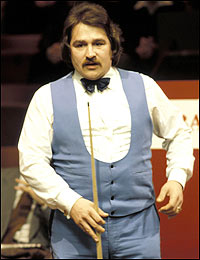 While Mr. Weberniuk’s Wikipedia page does say that he once experienced a “pants-splitting incident” during a match, it makes no mention of a proclivity for flatulence. Thus, we can only assume the statement was libelous. Hope you know a good lawyer, Mr. Snooker Commenter!

We’re then reminded that an important match is going on. Trump goes to re-set up his shot, when ANOTHER fart disrupts the proceedings. This time around, everyone is far less amused. And as if this story didn’t have enough public humiliation, one guy in the crowd, (or maybe it’s the same guy?), yells out “Weetabix!”, the name of a British fiber cereal.

Judd Trump’s reaction below sums up how well the joke landed: 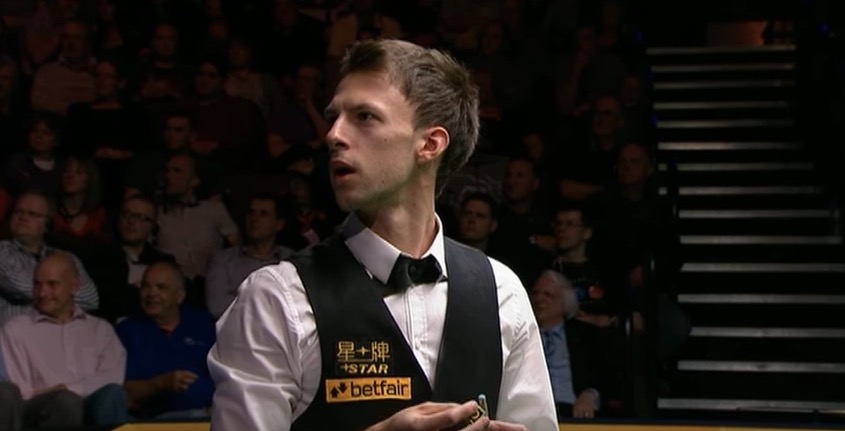 I feel WAY worse for the Weetabix guy than the farting guy, to be honest.

Ronnie O’Sullivan would go on to win the round and the tournament. Judd Trump never blamed the errant butt yodel for breaking his concentration.

But just to be safe, in case you’re planning on attending a snooker tournament, skip the broccoli. If this post saves just one person from a snooker-fart-related humiliation, I will have done my job.