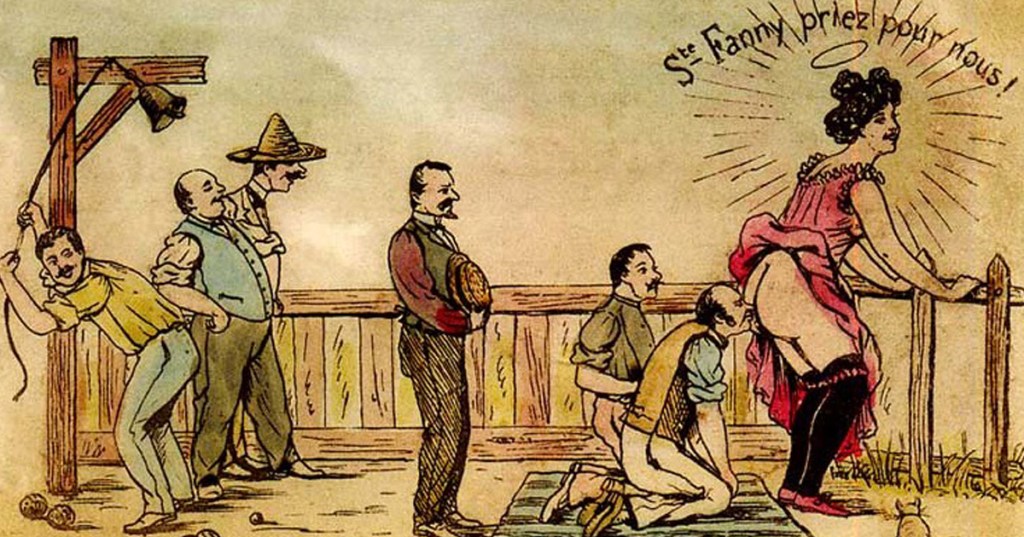 When “Kiss My Fanny” Was More Than Just A Saying

Sports are full of strange traditions. In baseball, in the middle of the 7th inning, everyone stands up for a stretch. In cricket, if someone scores a 111, all the players stand on one leg. And in France, if you lose a game of petanque by a score of 13-0, you have to kiss a lady on the rear end. Today, we’re bringing you origin of this French tradition of butt kissing, and it might be even weirder than the act itself. 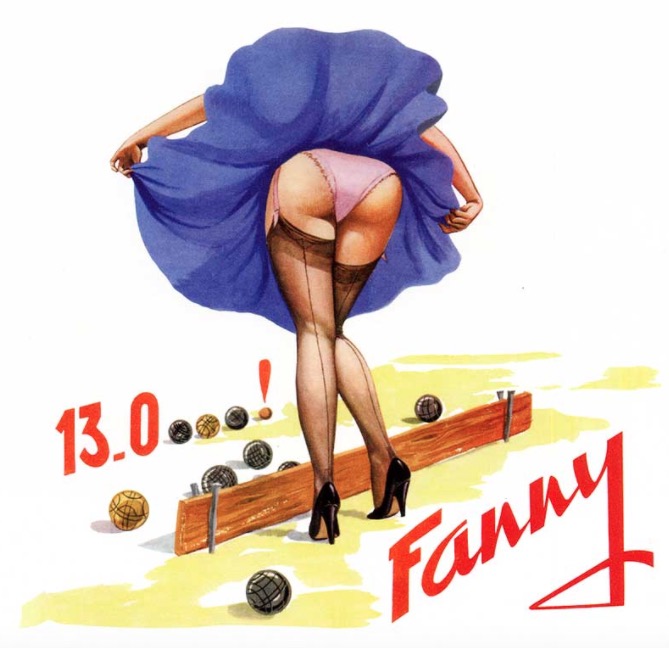 Our story goes all the way back to 1870, in a cafe somewhere in the Savoie region, or near the city of Lyon. Nobody knows exactly where, since this is a myth–imagine the story of Davy Crockett, if he was way more into butts than the Alamo. 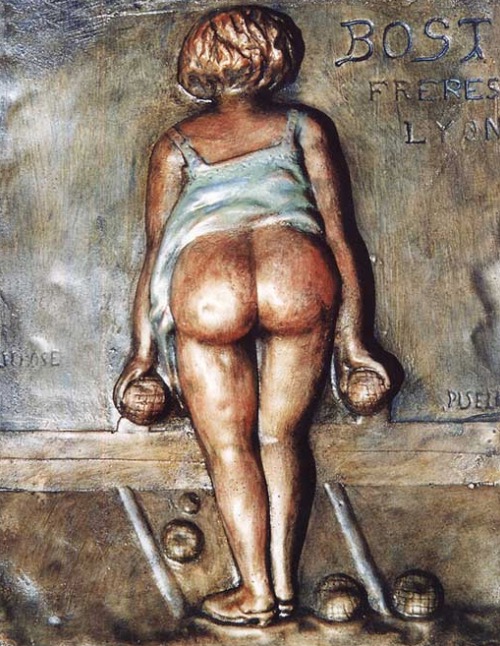 Wherever this story takes place, there was a town with a court where the men would gather to play an earlier version of petanque, a lawn game similar to bocce, where the first team to score 13 points wins. Overlooking the petanque court was a cafe, where there worked a “kind-hearted waitress named ‘Fanny.'” According to legend, when one team would get shut out, Fanny took pity on the losers and let them each give her a kiss on the cheek.

(If you’re thinking this already sounds weird, just remember that 1870 was a time without iPhones.) 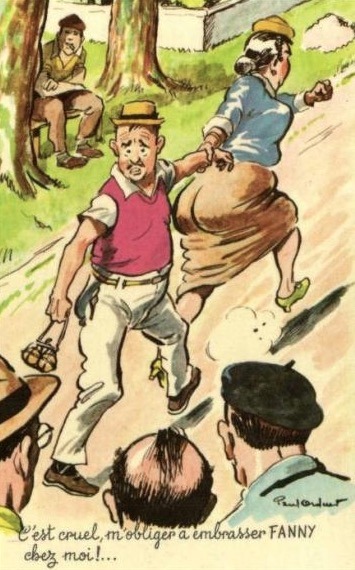 One day, the local mayor was playing and wound up losing 13-0, but Fanny hated the mayor–nobody remembers why, but some speculate it’s because they used to be an item. So, when it was time for the mayor to collect his kiss, Fanny instead offered up another “cheek,” and bent over and lifted her dress. And the mayor obliged! The two kisses he planted on her butt were said to be heard all through the cafe. 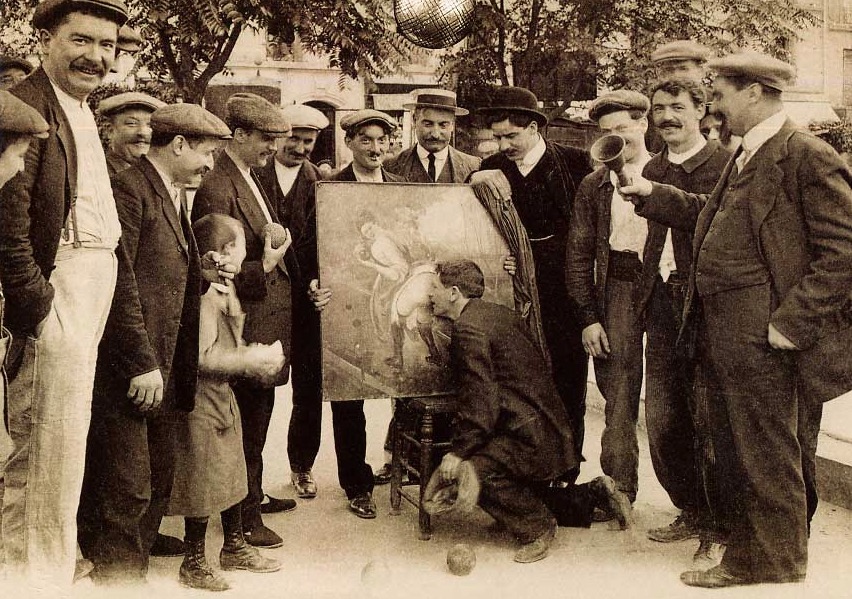 The next time a local team lost a game of petanque by a shutout, (which I’m guessing was not too long after the mayor lost), and Fanny came around to offer their consolation kisses, the men asked if they could kiss her the way the mayor did. For some reason Fanny was totally cool with this, (again, no iPhones), and a new tradition began: lose petanque 13-0, and you get to kiss Fanny on the buttocks. 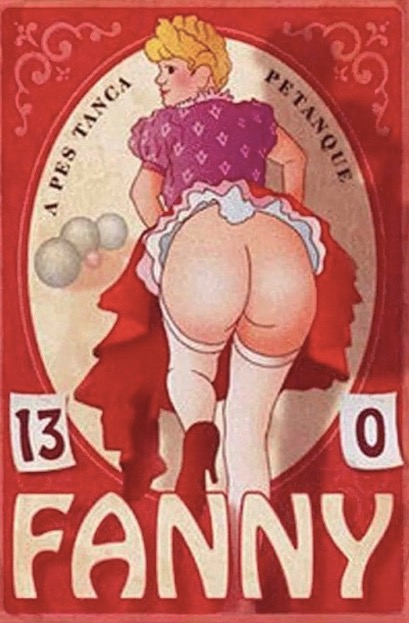 As petanque spread to the rest of France, men in other towns asked local ladies to stand in for Fanny, and unsurprisingly, the ladies weren’t into it. Undeterred, local petanque clubs put out Fanny statuettes instead. Some clubs even added a bell to ring when someone had to kiss the Fanny, or prayer benches to aid in the kneeling. 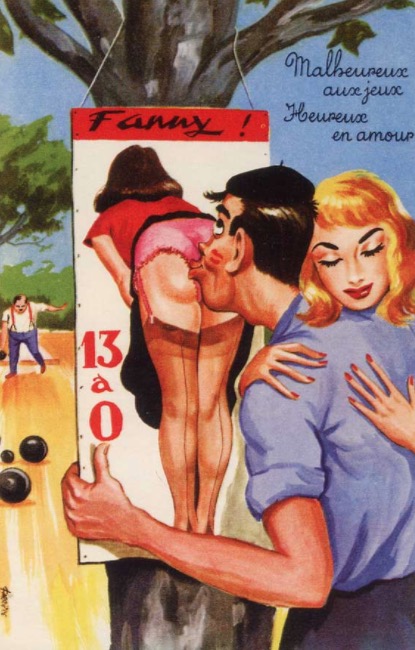 Soon, the expression “Kissing Fanny” or “take a Fanny” came to mean “an embarrassing defeat,” and Fanny became a cultural icon. 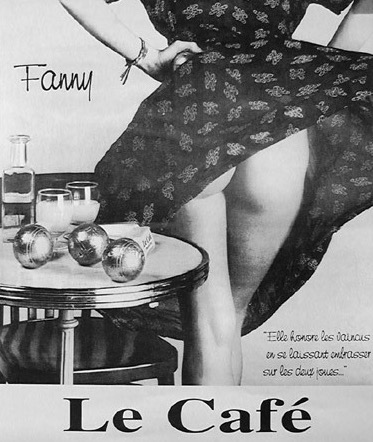 And there you have it, the story of Kissing Fanny. We obviously don’t know if this is really how the tradition started, or if there ever was a real Fanny, but it’s definitely charming, odd, and very very French. If you’re a bocce enthusiast, why not adopt the tradition of Kissing Fanny the next time you lose in a blowout? Just don’t suggest Kissing Fanny to any friends from England, because you might get slapped.