The National Trust for Historic Preservation is a nonprofit that preserves America’s most unique and precious landmarks. Their list of national treasures includes plenty of classics, like the Grand Canyon, or the National Cathedral in Washington, D.C. But I can’t help but feel like the list is incomplete without including Jeff Goldblum, who is just as much of a national treasure as the Grand Canyon, and maybe more so.

He’s been acting in films since 1974, and fans have fallen in love with him both for his work, and for who he is. The “smart and sexy” thing is tough to pull off, but he makes it look effortless. He seems to have a good sense of humor about himself, and he’s not afraid to get weird, as this commercial for GE shows:

But most of all, it’s the style. The man is a top notch clotheshorse. It seems like every time you see him, he’s got a dapper new outfit to make everyone jealous. The below photo is from an article that’s literally called “Why all men should dress like Jeff Goldblum.”

So it was only a matter of time before someone found a way to capitalize on our collective love for Goldblum and his sartorial choices. Presenting, The Jeff Goldblum Dress-Up Magnet Set.

The book, which is the creation of designer Vaso Michailidou for Belly Kids, is a collection of vinyl laser-cut magnets that a lets you mix-and-match outfits from several of his movies. The below set includes Jeff Goldblum’s looks from The Fly, Jurassic Park,  The Life Aquatic with Steve Zissou, and Thor: Ragnarok, and, well as the white tuxedo he wore to the 2015 Oscars. Or, you can simply enjoy a shirtless Goldblum. As the book’s description says, “You can dress Jeff any way you like, every way you’ve ever wished.” 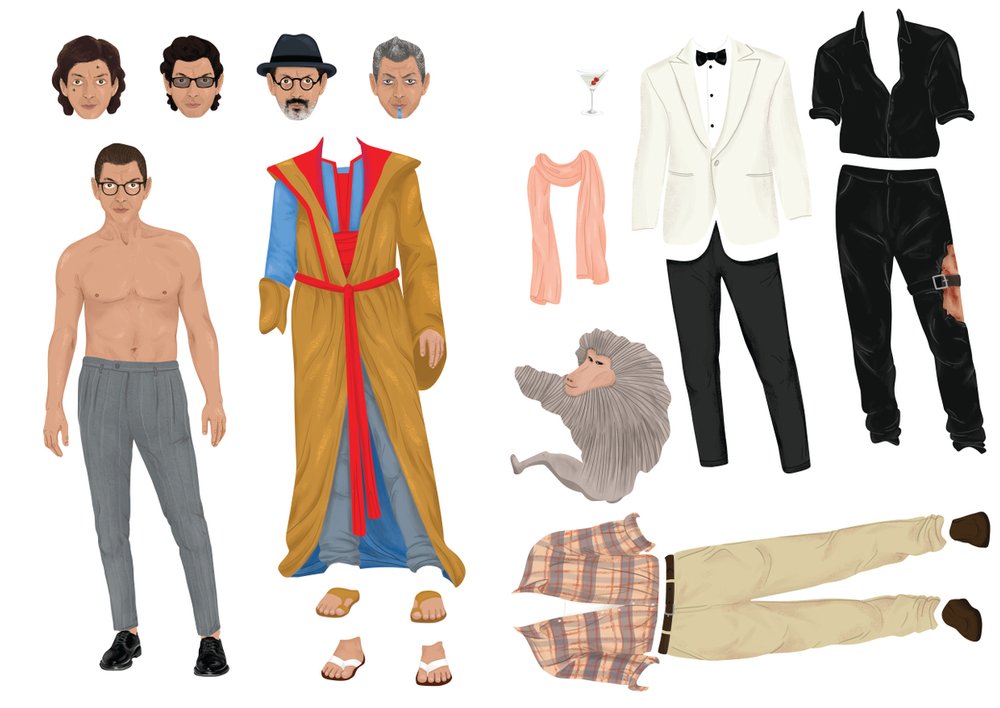 Most of us can enjoy these Goldblum magnets responsibly, but there are a few Goldblum fanatics whose minds are racing right now. Before you Goldblum your whole life,a word of caution! You might be so preoccupied with whether you could wallpapering your entire home with Goldblum magnets, that you never stopped and asked yourself if you should.

14 Wholesome Rescue Pet Photos That Will Make You Smile
Lizard Costumes Are All the Rage. It’s Time to Get on Board.
15 Funny Tweets from Teachers to Ring in the New School Year
13 Funny Posts That Capture the Essence of Marriage
15 Cooking Fails That’ll Make You Feel Like A Master Chef
15 Strange Facts About Animals, From “Weird Nature”