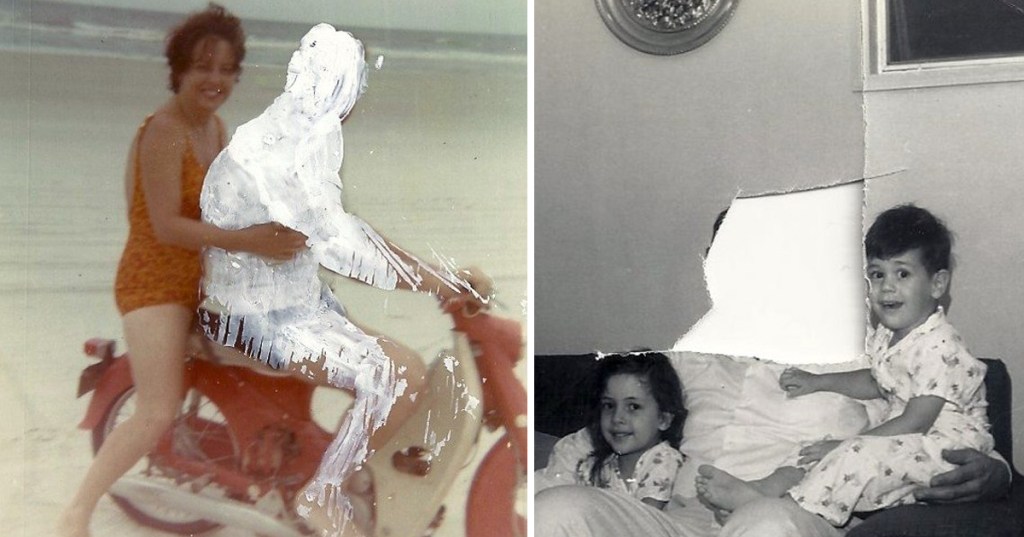 How Divorce Changed These 17 Family Portraits

Divorce is just rough. Emotions are running high, people are stressed, and everyone’s life is being disrupted in a huge way. Yet while all of that is happening, life still goes on. Even in the midst of turmoil, lots of families still make time to take photos together.

Today we’ve got a selection of photos that show the reality of divorce. Some of them were once happy photos, but after the divorce were “altered,” often in hilarious ways. Others were taken while the divorce was going on, which makes them even more awkward than a family photo usually is. And some were taken after the divorce, when everyone was putting the pieces back together.

Check out these 17 divorce photos, along with the stories that went into making them. 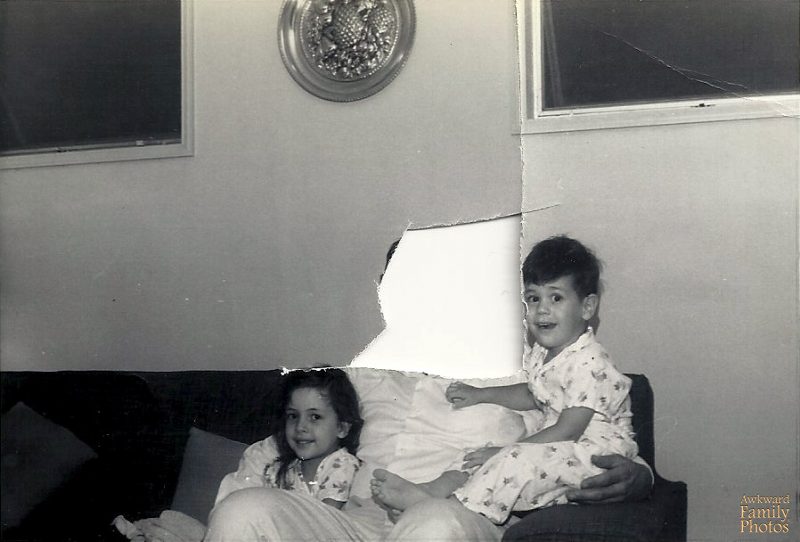 “When my father got remarried after my parents’ divorce, my mother went through the family albums and cut him out of all of the family photos. But… 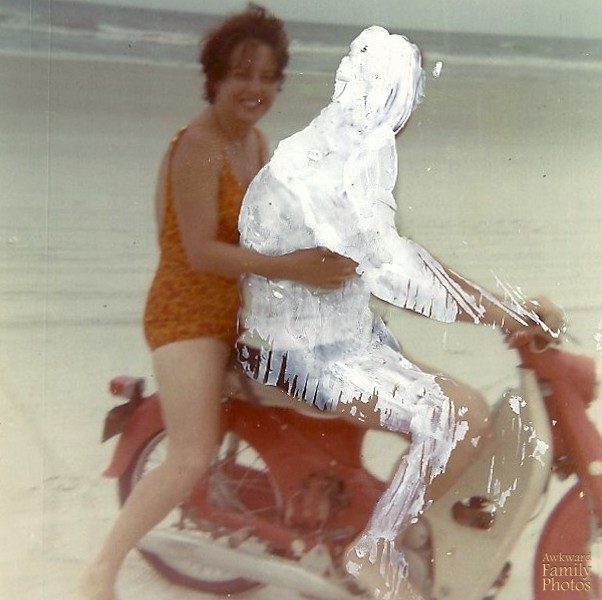 …using scissors became too labor intensive, so she switched to white-out.” – Shawna 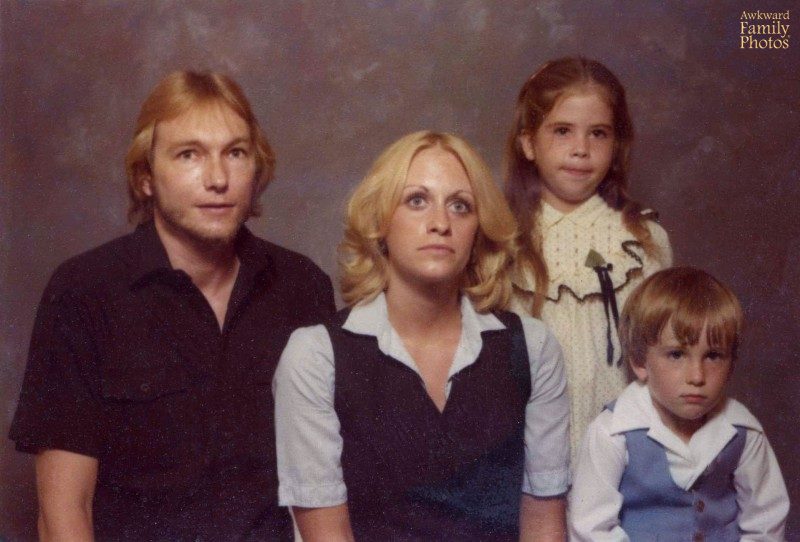 “My family in the last picture taken before the divorce.” – Bill 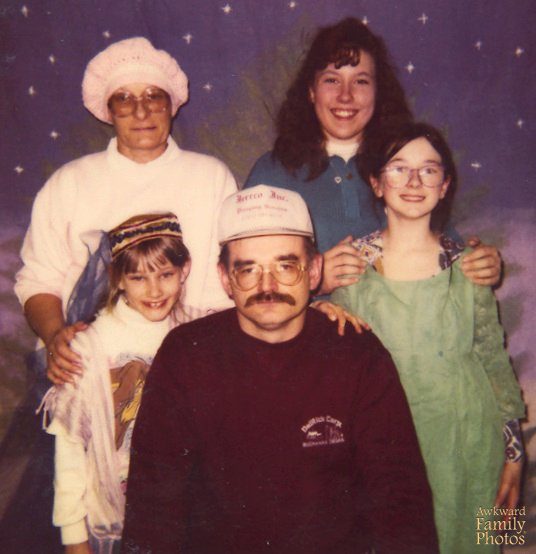 “This is a photo of my Mother, sisters and stepfather. It was taken while my mother was in prison for fraud and after she divorced my stepfather. They had a family visitation day and made a backdrop for the inmates to take portraits with family.” – Wayne 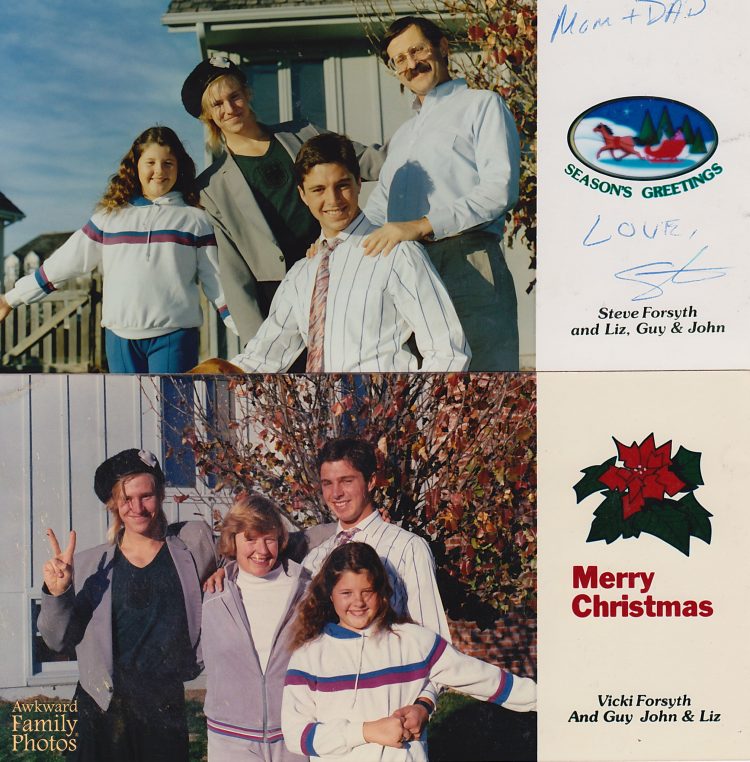 “These two photos are from circa ’85. Though my parents had divorced several years earlier, my father came over to my mom’s house so we could take our Christmas Card pictures. One photo for Dad to send to his friends and family, and a different photo for Mom to send to hers. Dad thought it would be a great idea for me to stick my hand out of frame so as to imply that Mom, or in the other photo, Dad, was standing just outside the shot. I also really like how the background was meticulously chosen over, say, a shrub or maybe a grill. Here we are, um, in our backyard.” – Lyzz 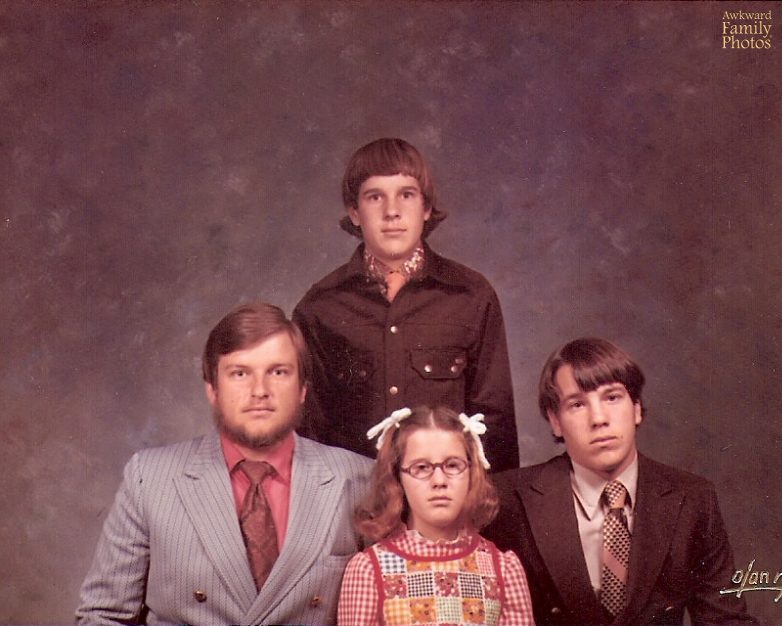 “My parents had gotten divorced and Dad got remarried right before this was taken. Between the families there were nine kids: my siblings, half-siblings, and step-siblings. The adults had decided to take portraits with all the different family combinations. If I remember correctly, there was lots of arguing about which kids should be in which photo. I think this photo captures our response to the drama.” – Kate 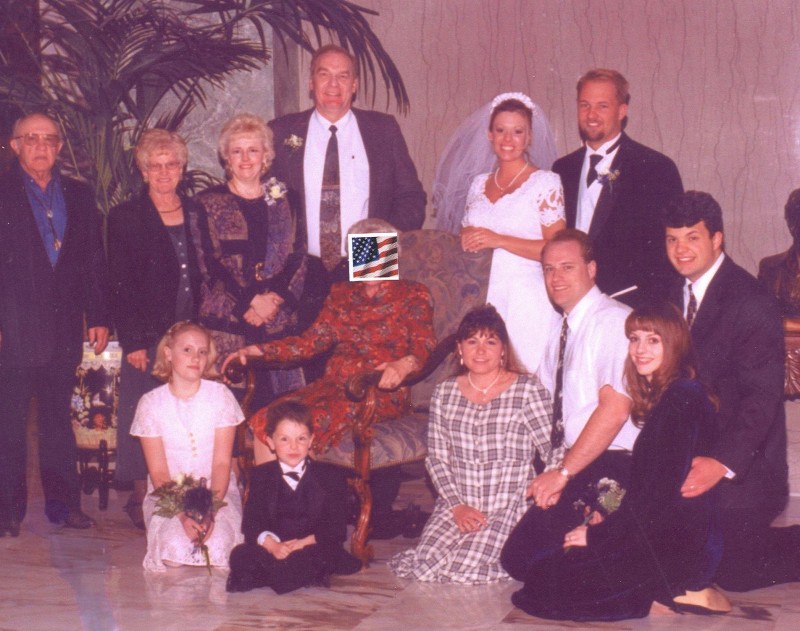 “Scanning in my Grandpa’s photos of my sister’s wedding. I’d say he’s still bitter about the divorce 50 years ago.” 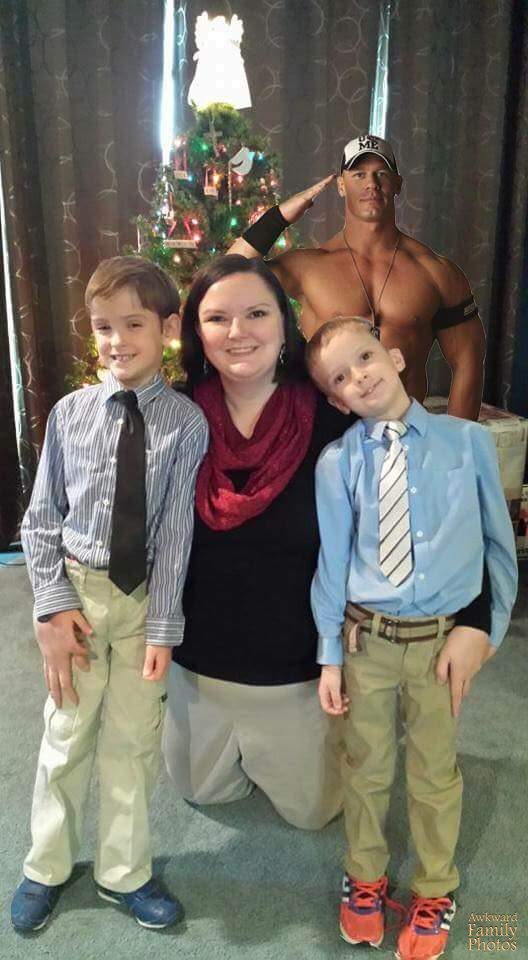 “I’m a single mom, and I’d just gotten divorced. I also coach the high school debate team. One of my debaters thought I needed a little something extra in my family Christmas picture.” – Kim 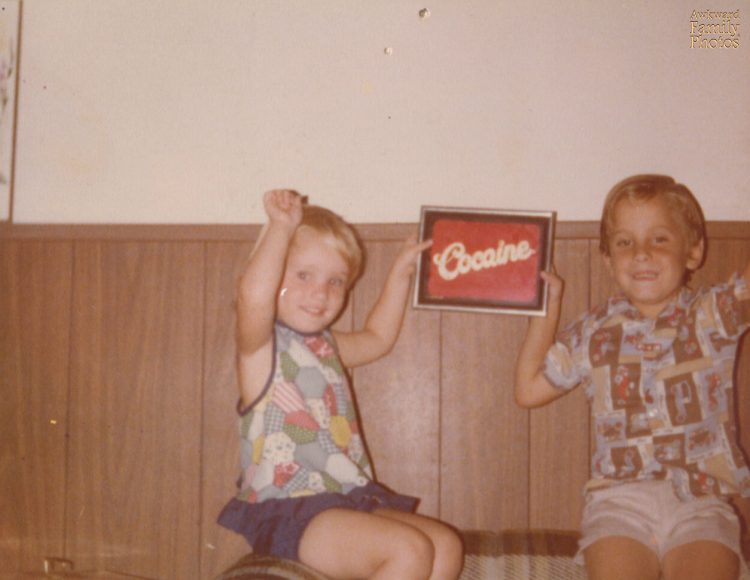 “This is a photo of me and my brother in 1978. It was taken by our father the year before my parents’ divorce. My mom hates it. Even though I do not support the use of drugs I think this photo is special and definitely something you could only get away with in the 70’s.” – Christa

9. Out Of The Picture 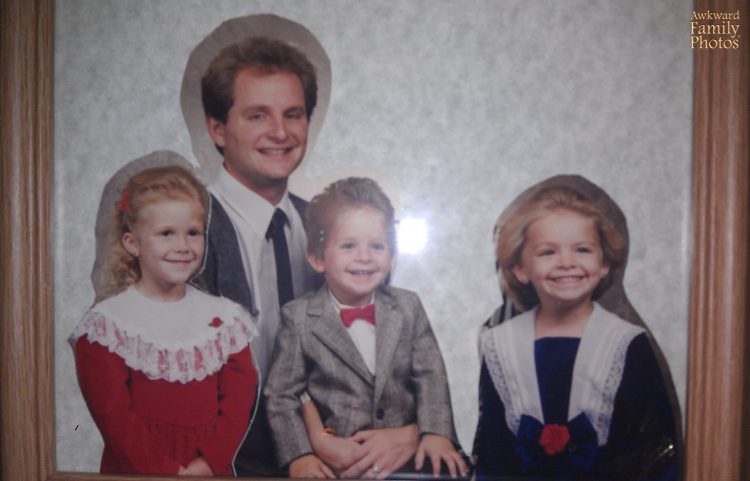 “My grandma wasn’t too happy when my dad and my step-mom got divorced. She decided the best way to handle it was to cut her out, literally. I am the one to the right feeling a little left out.” – Amber

10. Home For The Holidays 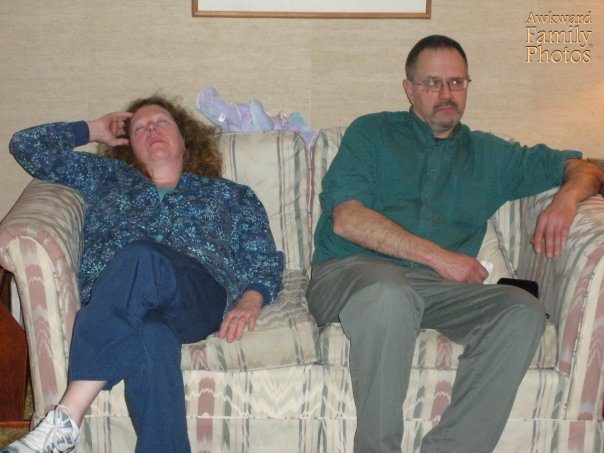 “These are my parents. Who are divorced. On Christmas.” – Charlotte 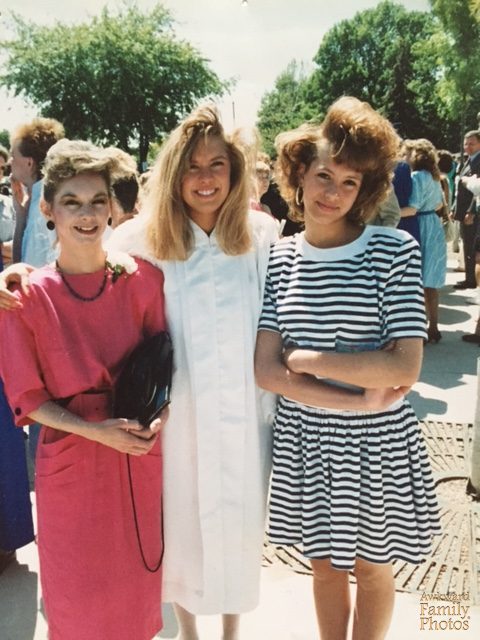 “When this photo was taken my parents had just divorced and my sister and I could not stand each other. I can vividly recall that it took 3 hours and half a can of Aqua Net hair spray to make my hair that big. When my mom, sister and I look at this photo today, we are eternally grateful that the 80’s are long gone.” – Nikki 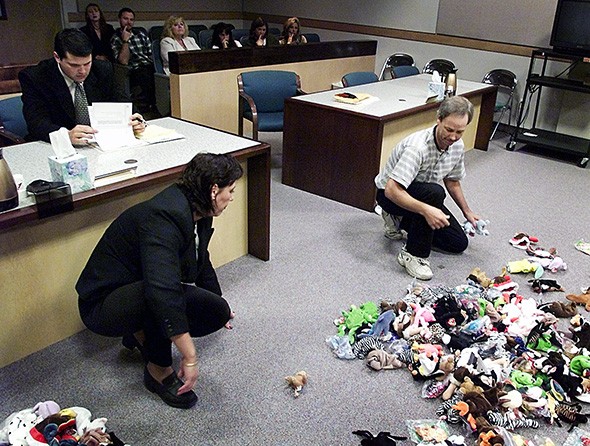 “From 1999: a divorcing couple divides their Beanie Baby investment under the supervision of a judge.” 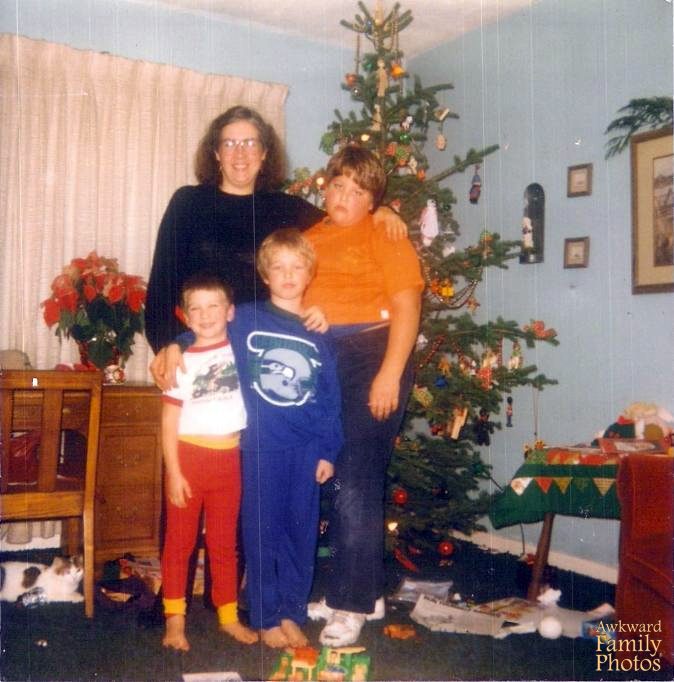 ‘Im the sorry looking one in this photo, along with my two younger bothers and mom. First Christmas after my parents divorced, and I probably didn’t get the legos I was hoping for. Merry Christmas!” – Josh 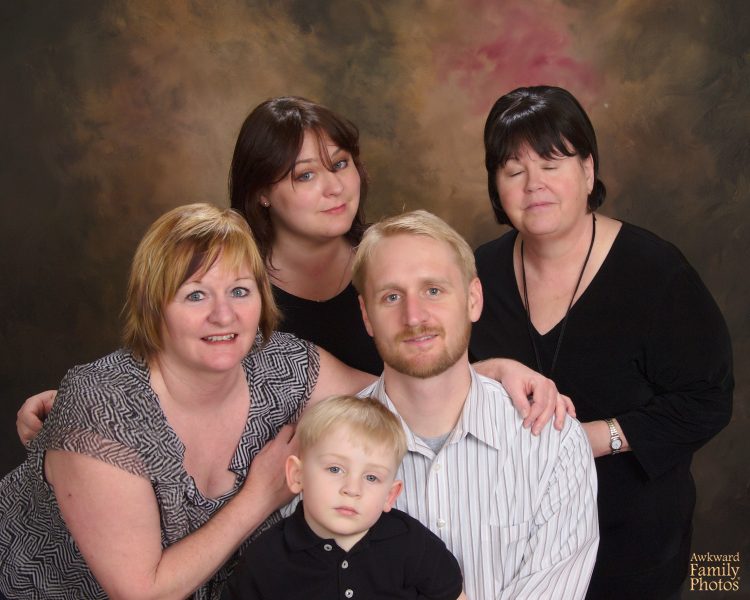 “We had a family photo session scheduled long in advance, but then my sister and her husband decided to get divorced. For some reason we decided to keep the appointment. This was taken three weeks before the papers were signed.” – Cherokee 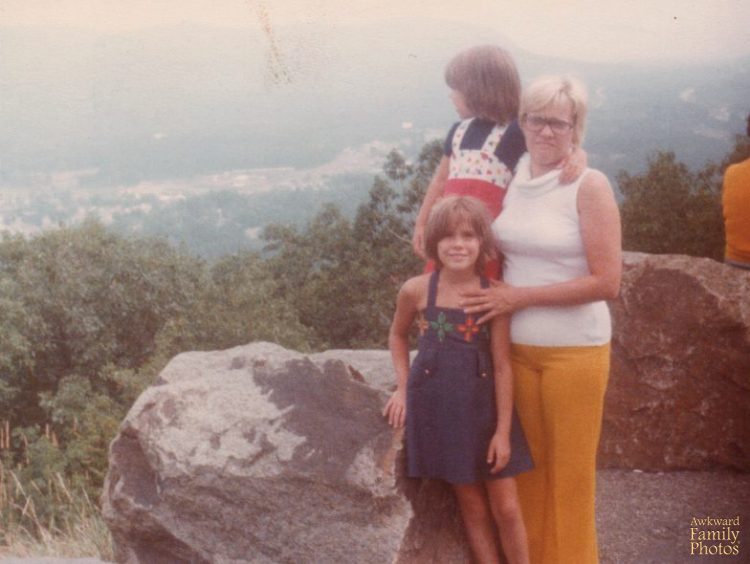 “I am the girl in the denim jumper looking at the camera. Check out the expression on my mother’s face. She was always very miserable, but especially on this Adirondack vacation. My father is taking the picture–hence her scowl. They divorced six months later. Oh, Happy Times.” – Andrea 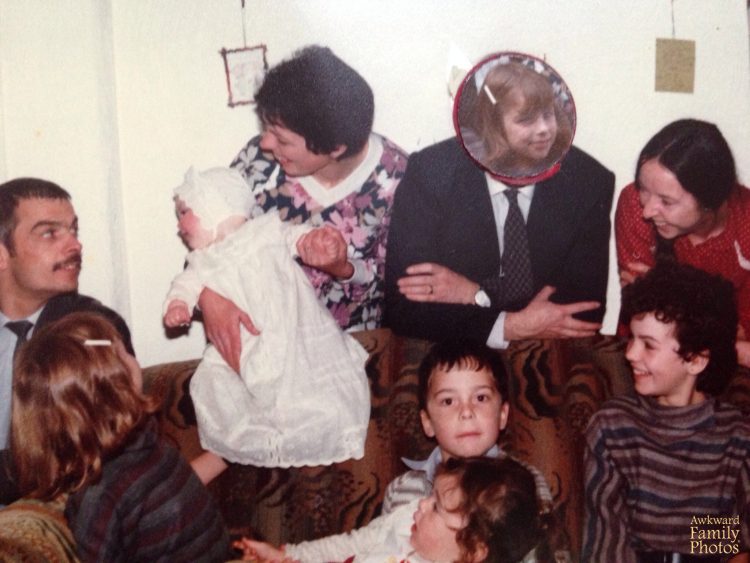 “Always known for her unique brand of tact, my Nan doctored this photograph from my christening with my sister’s face on my dad’s shoulders when my parents divorced. As a child I was fascinated by this photograph, which she displayed without fear in the glass cabinet. I would delight in asking her about it, and hearing her replies which were always a variation of yes your sister moved as I was taking the photo so that’s why it looks like she is in the photograph twice! Your dad? No I don’t think he was there on that day.”

17. And Finally, Finding The Funny 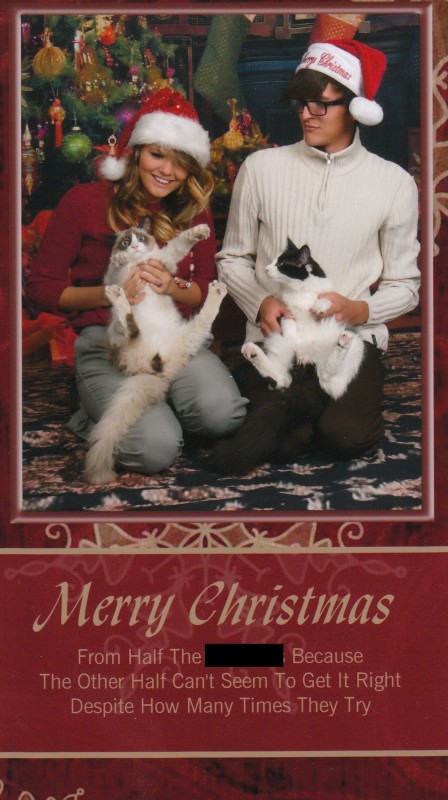 “Our parents got divorced, then remarried, then divorced again. This was the best holiday card my sister and I could do.”