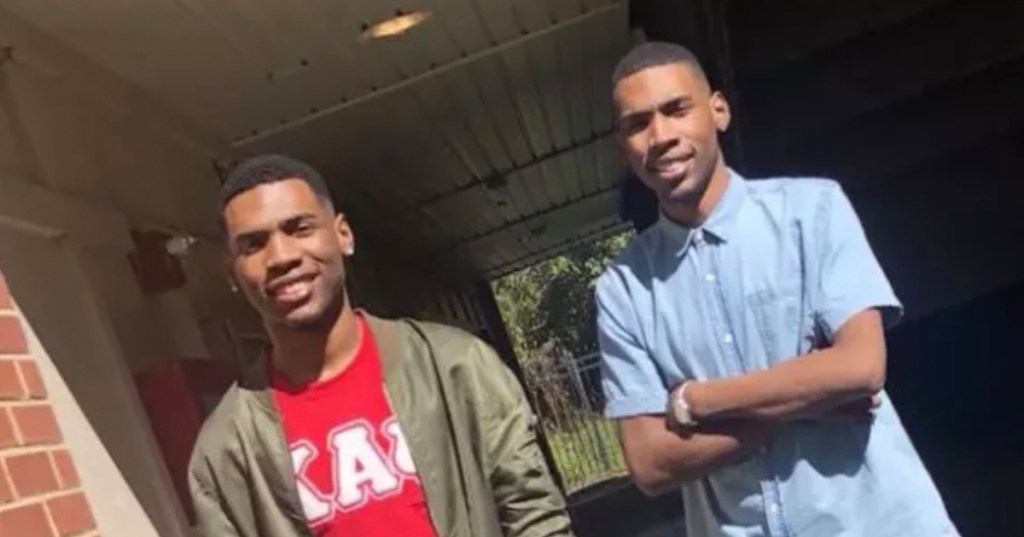 High Schooler Was Sick, So His Twin Brother Filled In For Him On Picture Day

Based solely on my viewing of the 90’s sitcom Sister, Sister and several direct-to-vide0 Olsen twin movies, the biggest benefit to having an identical twin is the ability to play switcheroo pranks. Basically, if you’re not taking advantage of having your very own doppelganger at least once a week, you’re doing it wrong.

So let Marcus and Malcolm Williams show you how to do it right.

Marcus and Malcolm are identical 21-year-old twins from South Carolina: 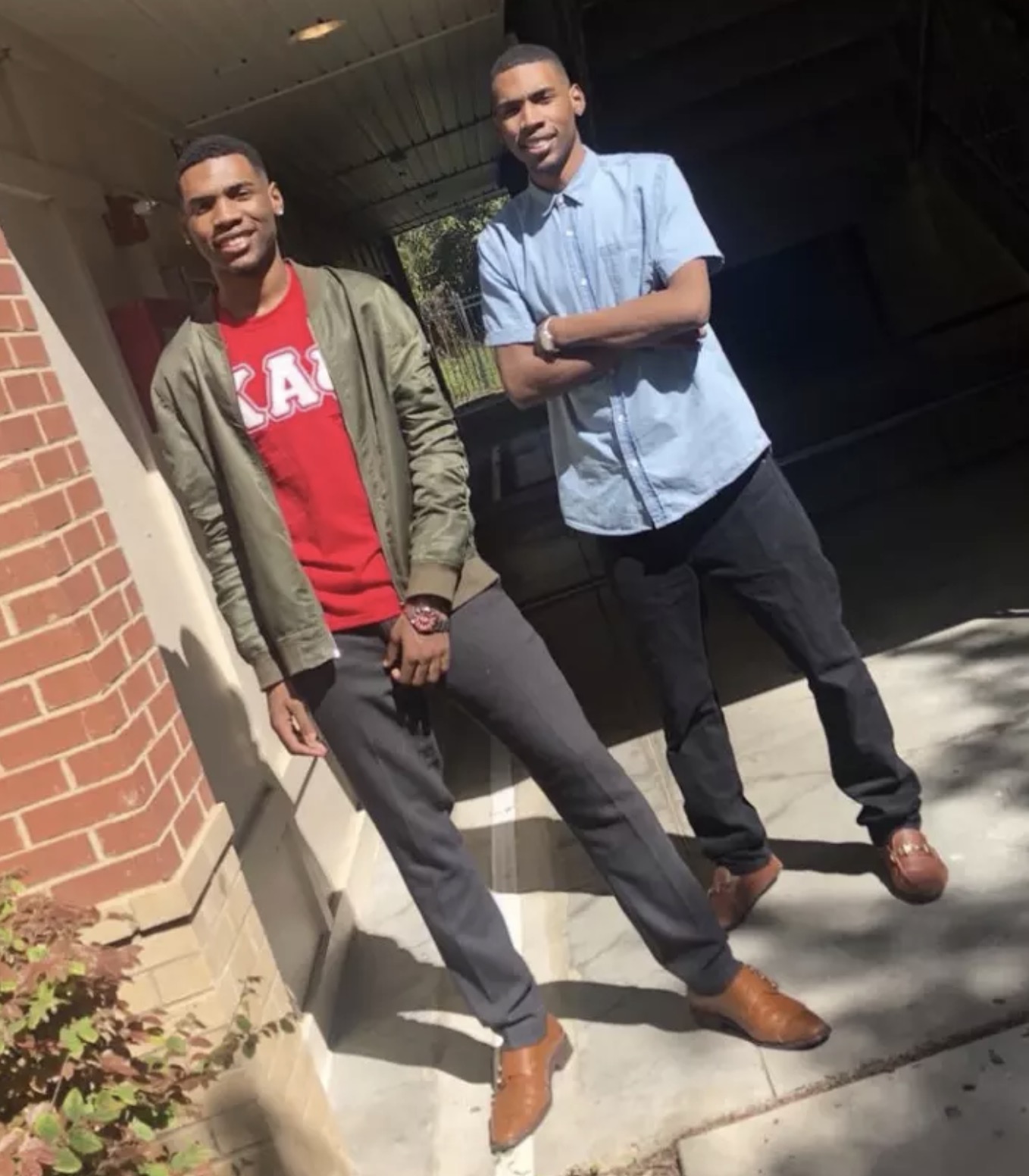 Two years ago the twins were in high school, but Marcus fell ill on yearbook photo day and had to miss school. Not wanting to miss out on being in his senior yearbook, the ailing Marcus came up with a plan: what if Malcolm just took both photos himself? “I called Malcolm from home and we discussed how we were going to make the picture work without getting caught,” he told Buzzfeed.

Actually, there wasn’t much planning necessary. The boys at the brothers’ school all wore tuxedos for senior pictures, so Malcolm wouldn’t have to make a wardrobe change. All Malcolm really had to do was embody his brother’s personality.

“I was known to be the more serious twin,” Marcus explained. “So in my photo he made the blank face that I always had on my face in order to sell it.”

On picture day, Malcolm took his picture without any hitches. When he returned to take Marcus’s photo five minutes later, the unsuspecting yearbook photographer didn’t even bother checking his ID.

And thus, Malcolm got in the yearbook twice: 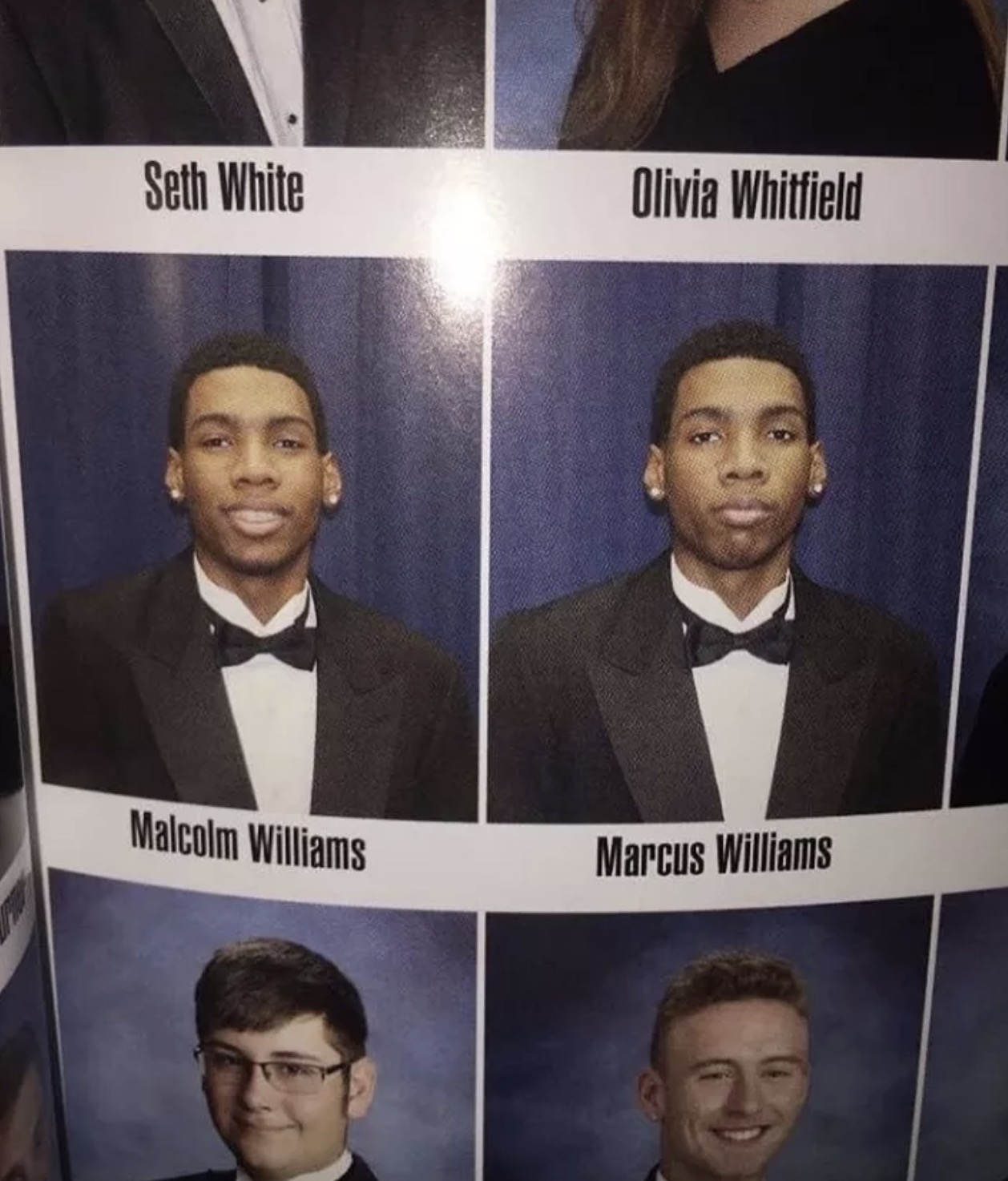 You may be wondering, if this happened two years ago why are we hearing about it now? Because the brothers have kept their prank a secret this whole time. “We honestly don’t even know how we kept it a secret for that long, basically over two years,” Malcolm says.

But last week, Marcus finally fessed up on Twitter. “My twin is the GOAT he took both of our pics for Picture day back in HS when I was sick,” he wrote. The Tweet promptly went viral, racking up over 250,000 likes. 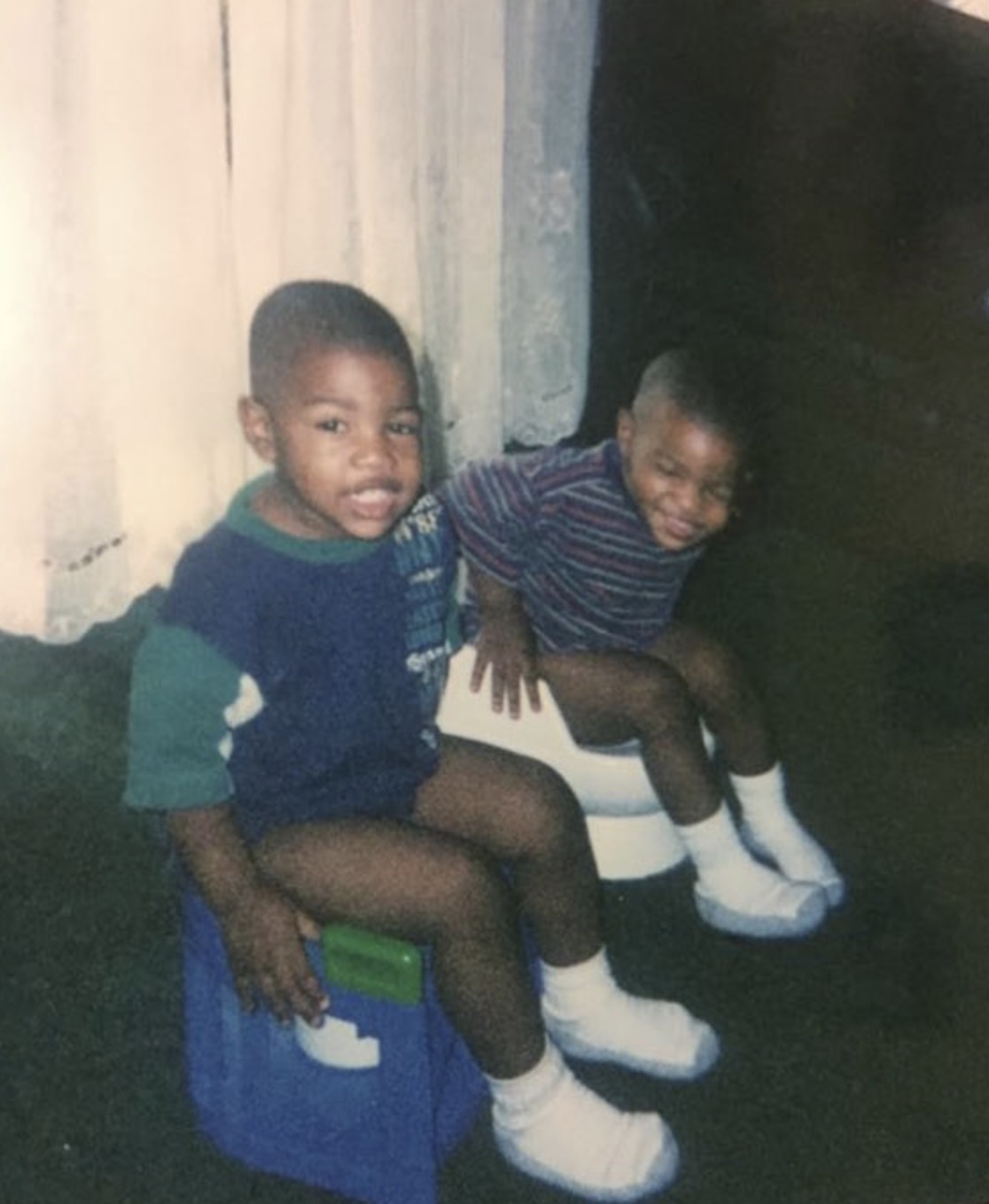 In the wake of Marcus’s revelation, other twins on social media shared their own similar exploits. One pair of brothers switched places at graduation: 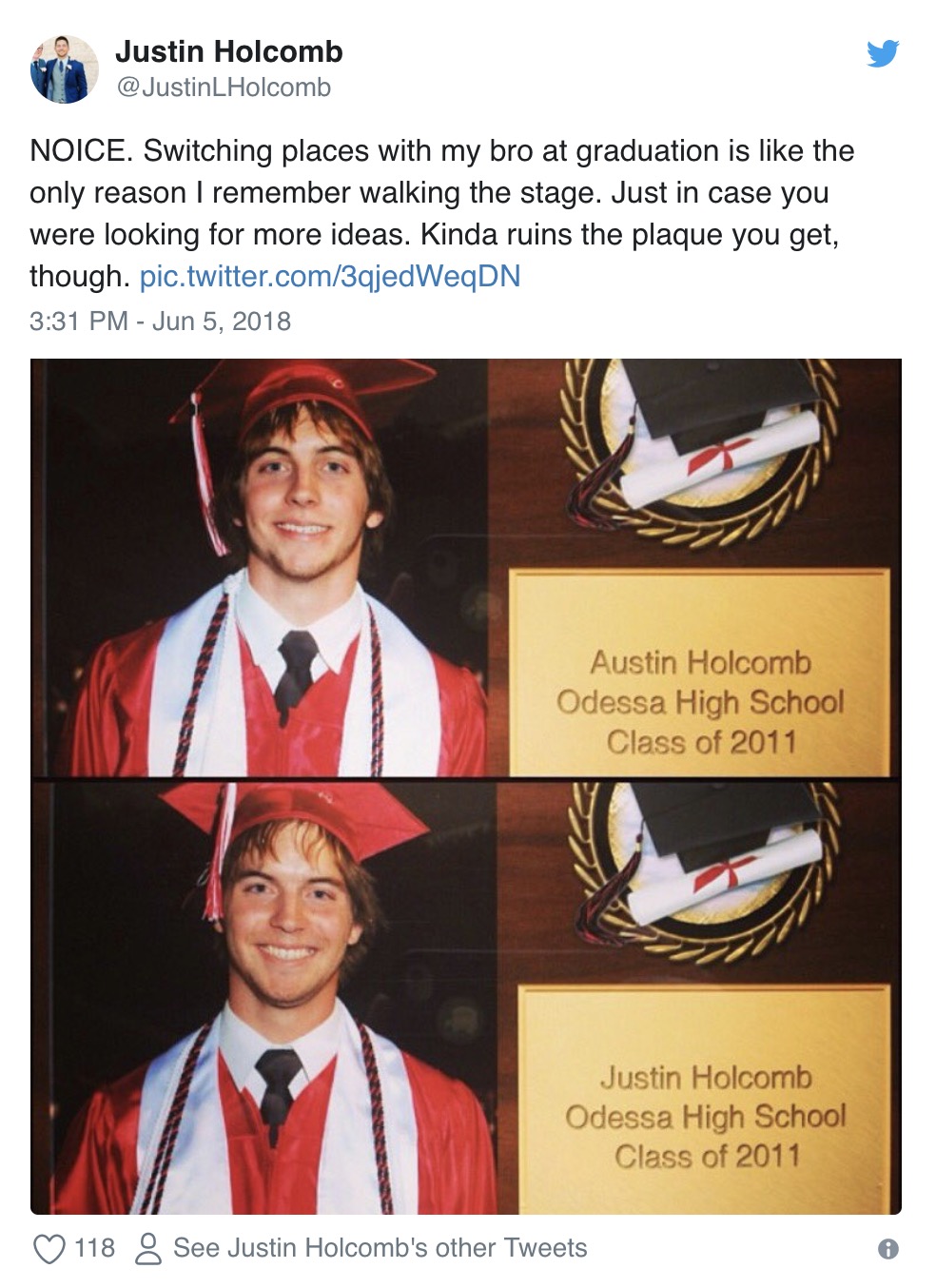 This college student had her twin fill in for her on ID photo day: 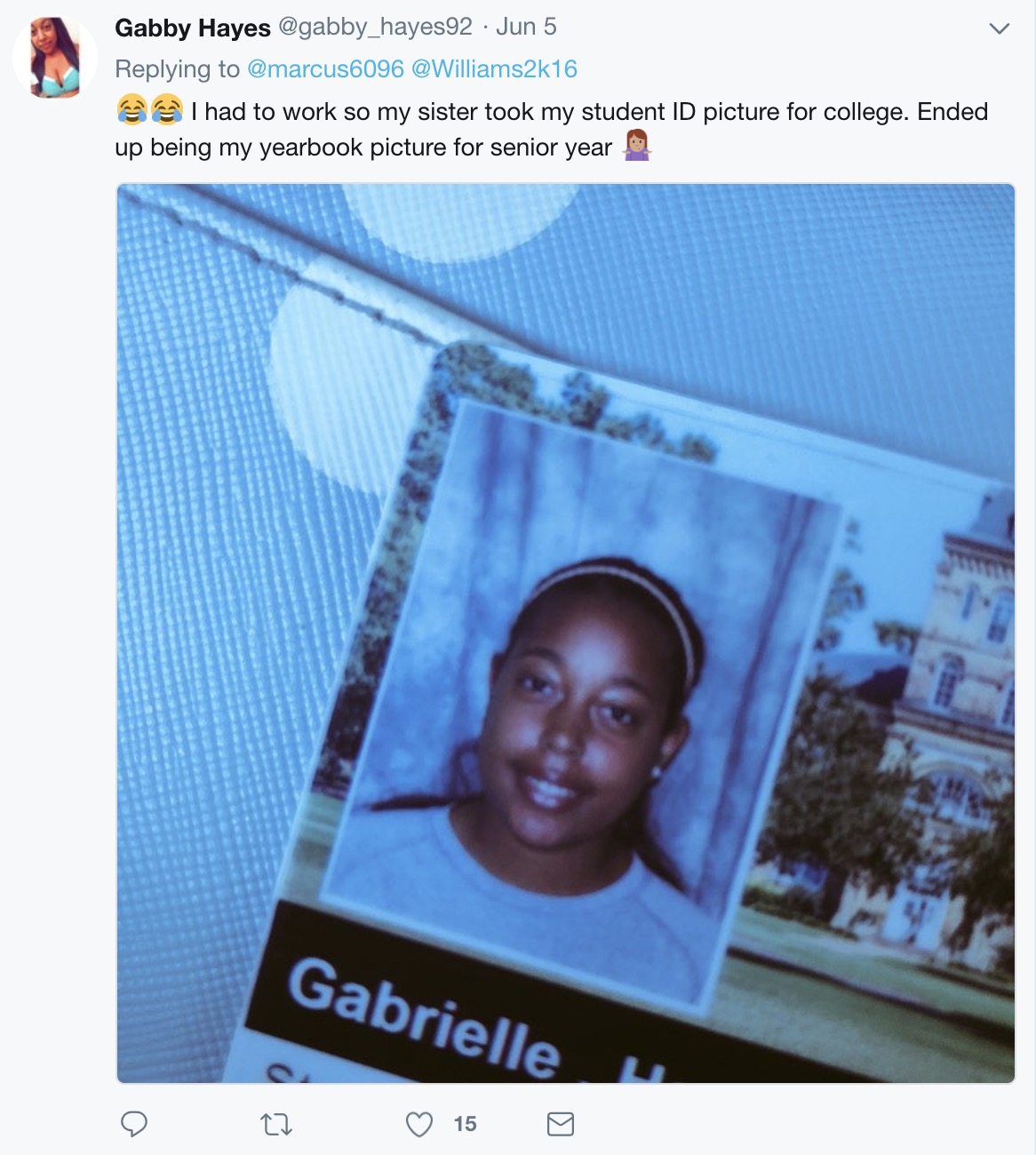 One twin helped his brother commit a hilarious case of employment fraud. 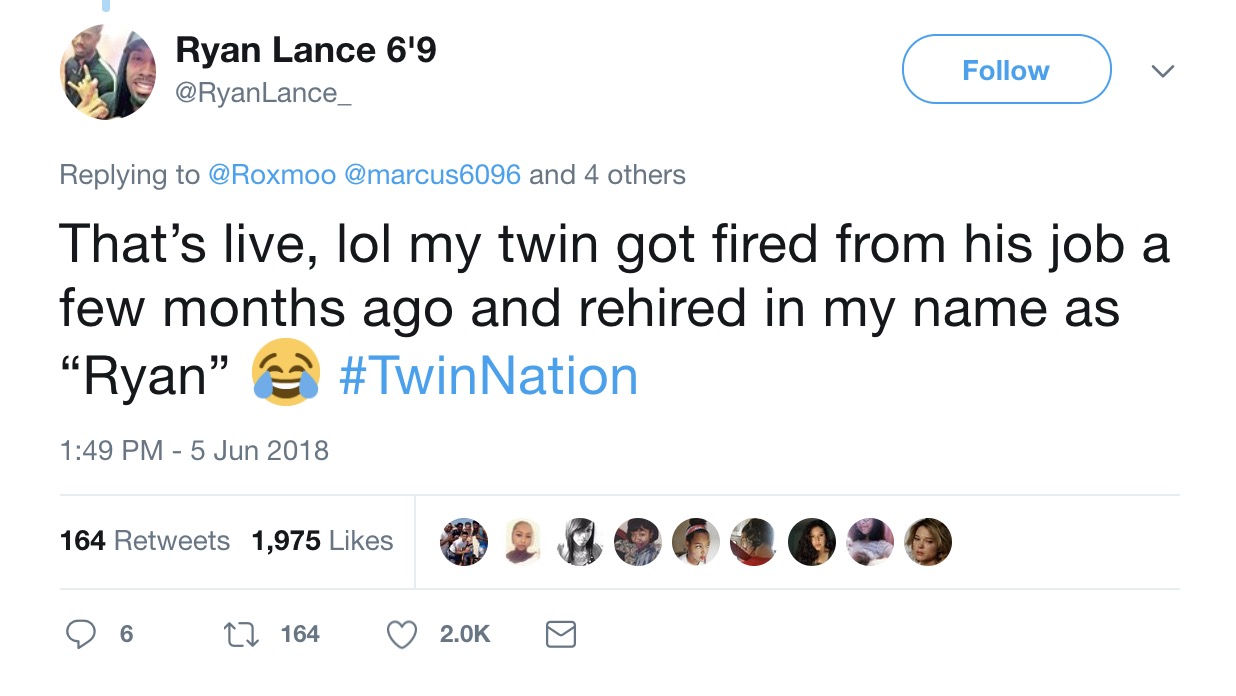 So did this woman! 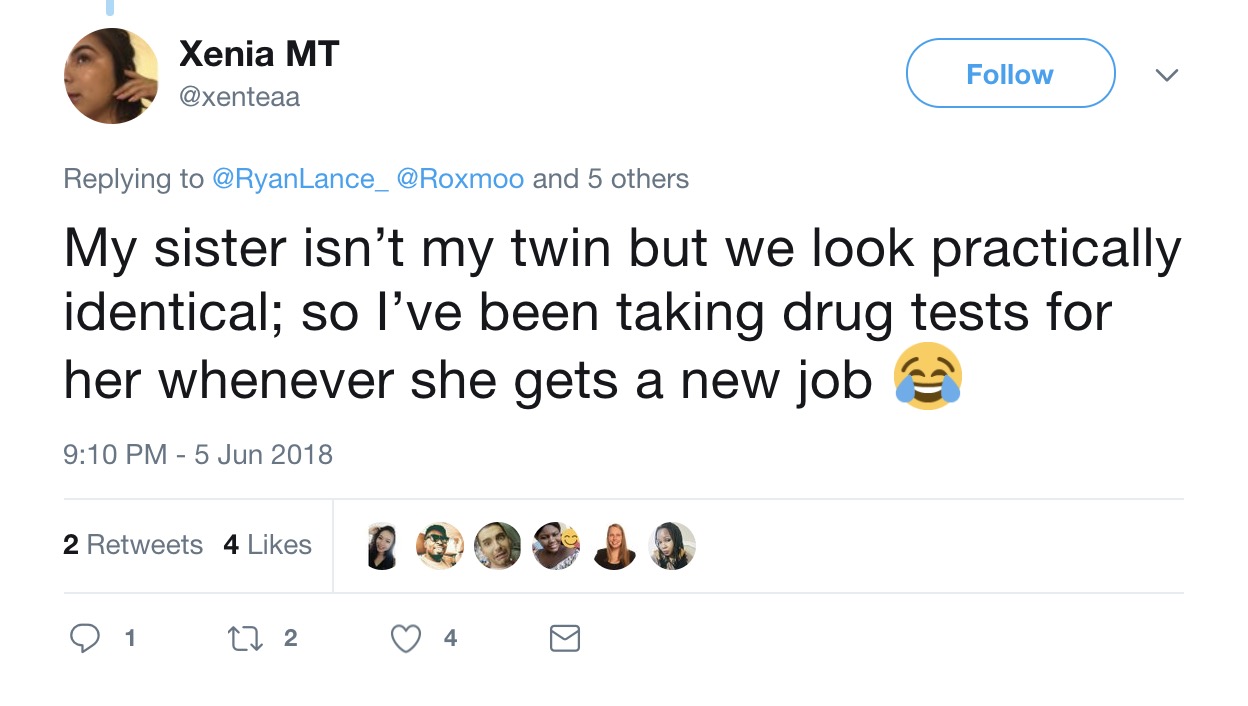 If there’s one lesson we can all learn from this story, it’s that twins regularly take advantage of our trust. And that’s why they must be stopped.