Geese don’t look all that dangerous. With their long, awkward necks, and their soft down, and their love of bread, most of us probably think we could take a few dozen geese in a fight. But as many small children and pets have learned the hard way, looks can be deceiving. In fact, geese are demons in bird form, and they will stop at nothing to destroy us all. Just ask Michigan high schooler Isaac Couling.

Isaac had just just teed off on the 7th hole of the the Madison Tournament at the World Creek Golf Course in Adrian, Michigan, when he ran afoul of the fowl. The Concord High School sophomore noticed a goose nest under a nearby tree, which was being protected by an ornery female. Not wanting to disturb the animal, he gave it a wide berth.

But Isaac wasn’t ready for an ambush. As Blissfield Golf Coach Steve Babbit told CNN in an email:  “They were aware of a goose nest on their left which they were looking at but not bothering when from behind them and to the right came the guard goose (protecting the nest).”

Luckily for us, Blissfield parent Devon Pitts was ready with the camera. 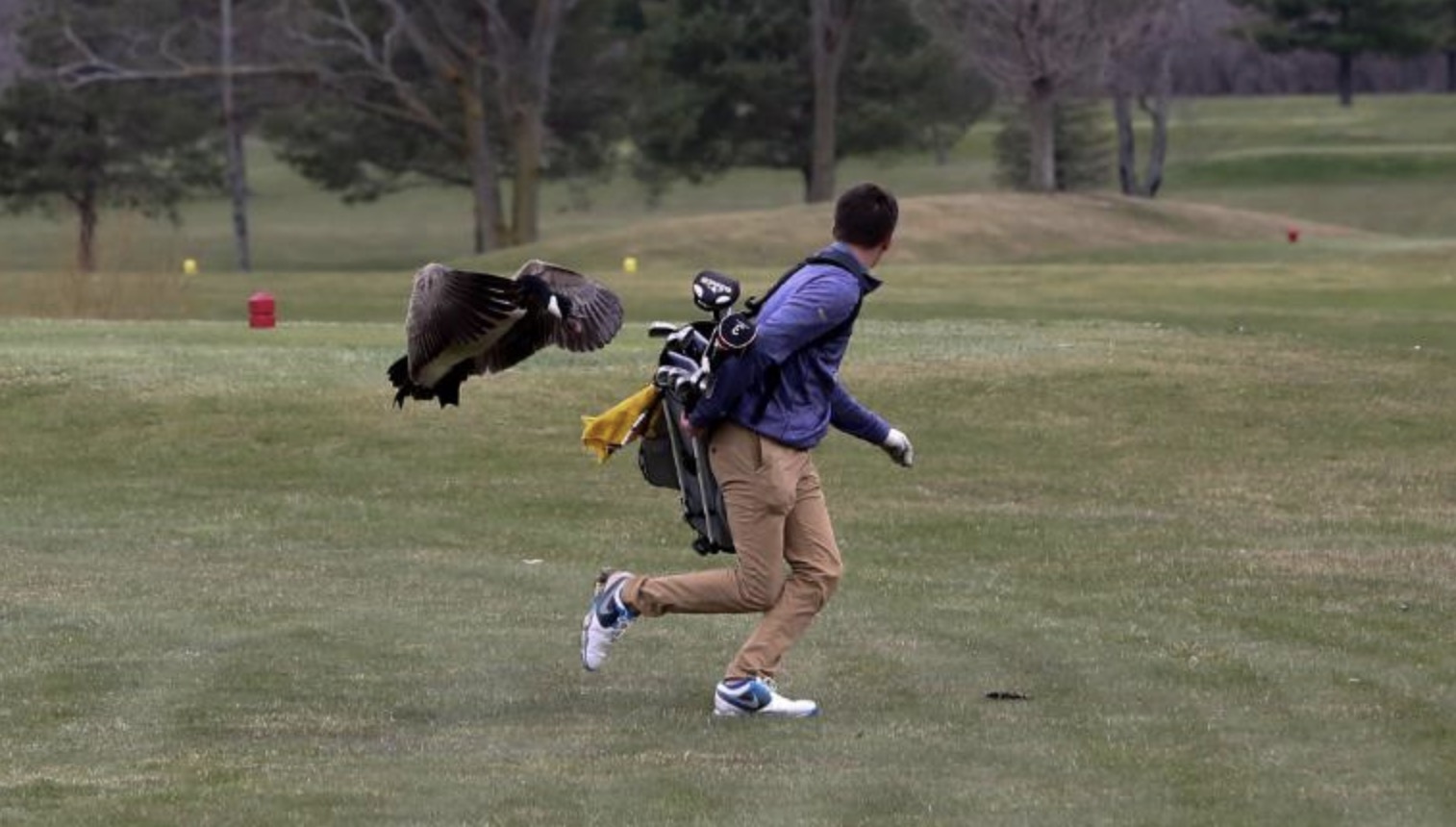 Caught off guard, Isaac went down and took his clubs with him. But the goose was just getting started. 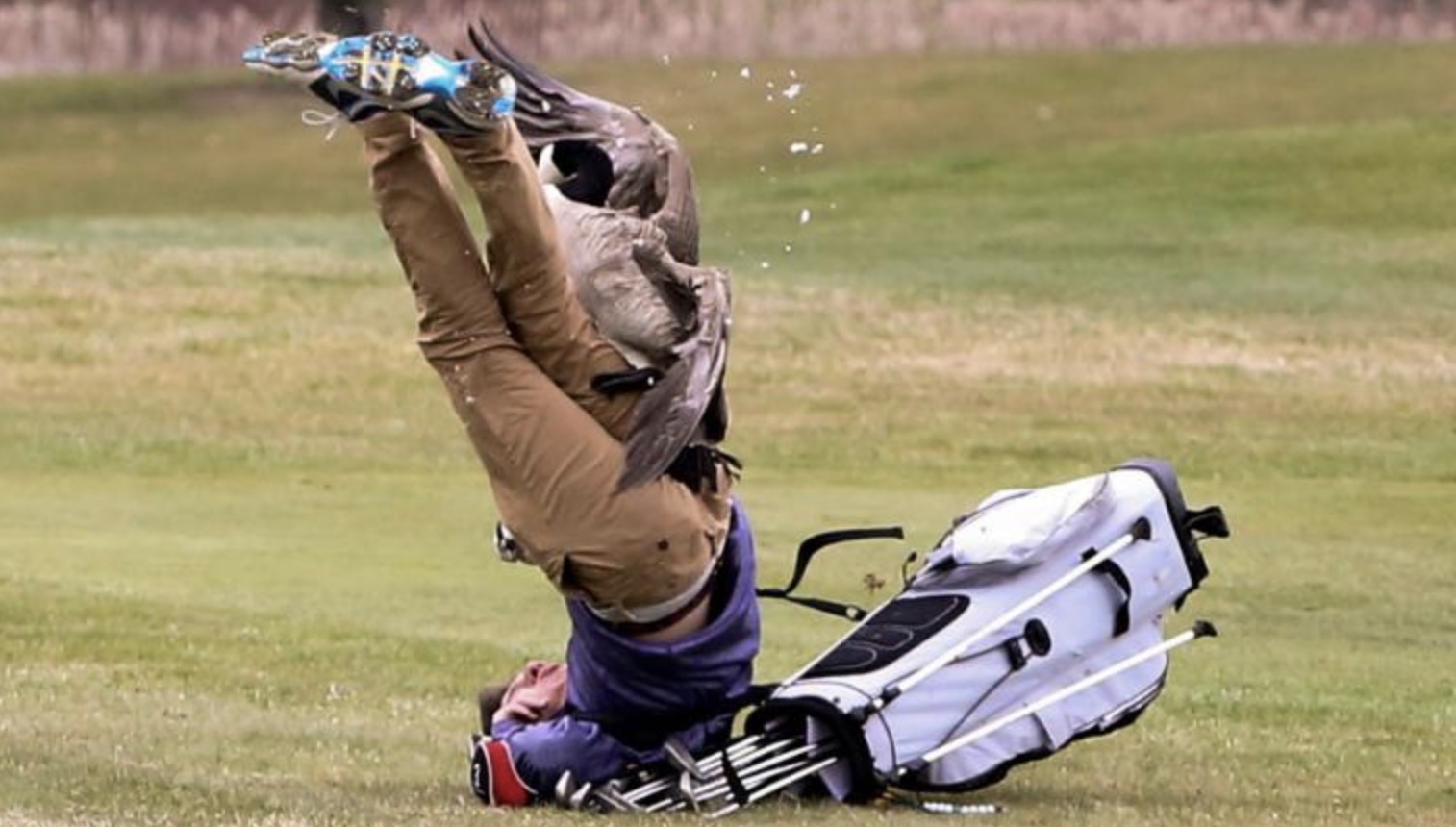 The goose knocked Isaac down three times until Isaac finally kicked at it to get it to fly away. His clubs fell out of his bag during the melee, and the goose guarded them like they were its eggs, forcing Isaac to abandon them and finish the tournament with a teammate’s set. (Isaac’s coaches eventually did chase all the geese away with a golf cart and retrieve the clubs.) 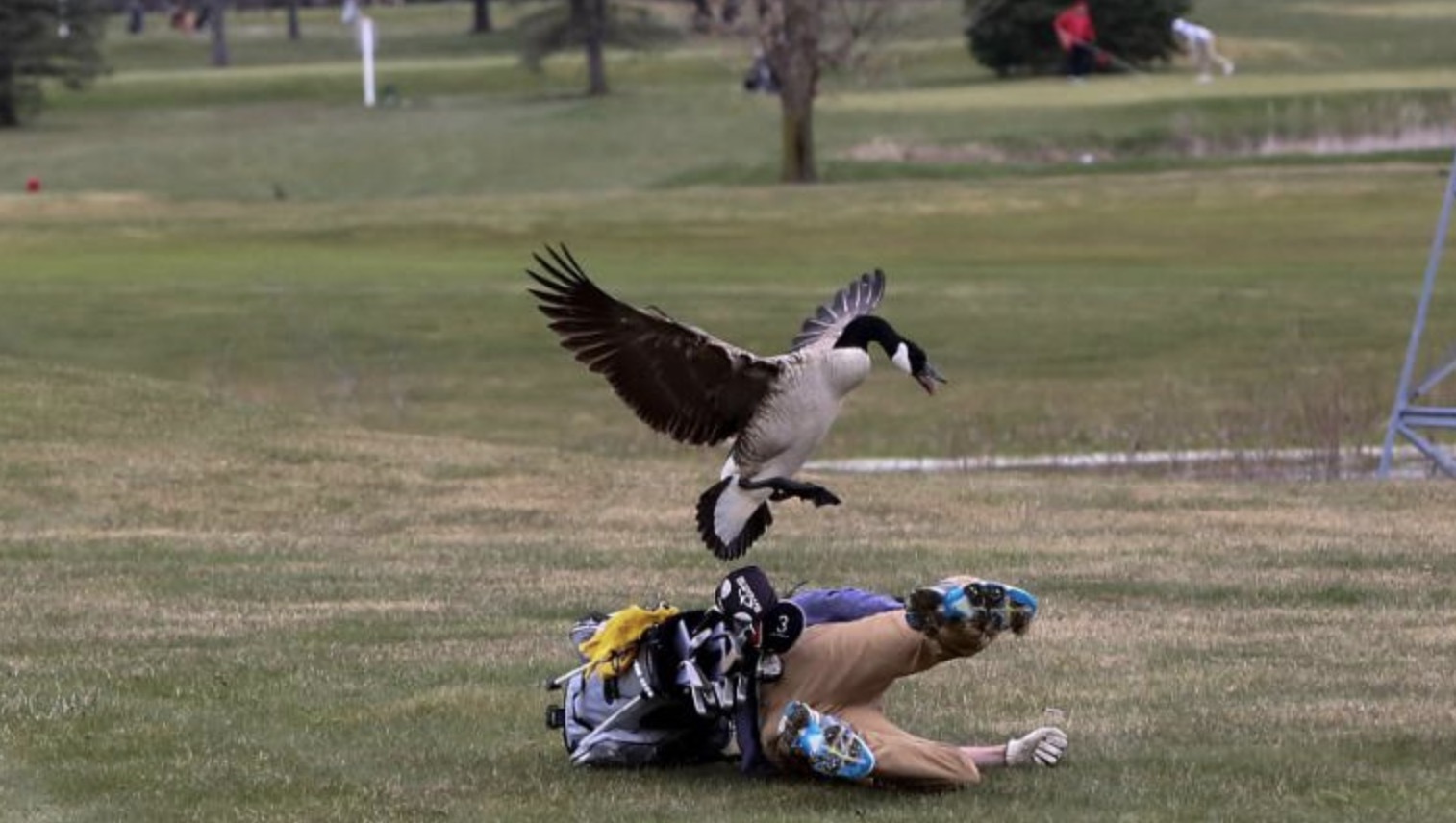 Isaac wasn’t hurt in the attack, at least not physically. He managed to save par on the 7th, but he carded a 100 for the round. Clearly, the goose had gotten in his head.

The photos were shared by the Blissfield Athletics Twitter account, where they went viral and were picked up by news outlets around the world. Most people were sympathetic, but a few remained unconvinced of the threat geese pose. 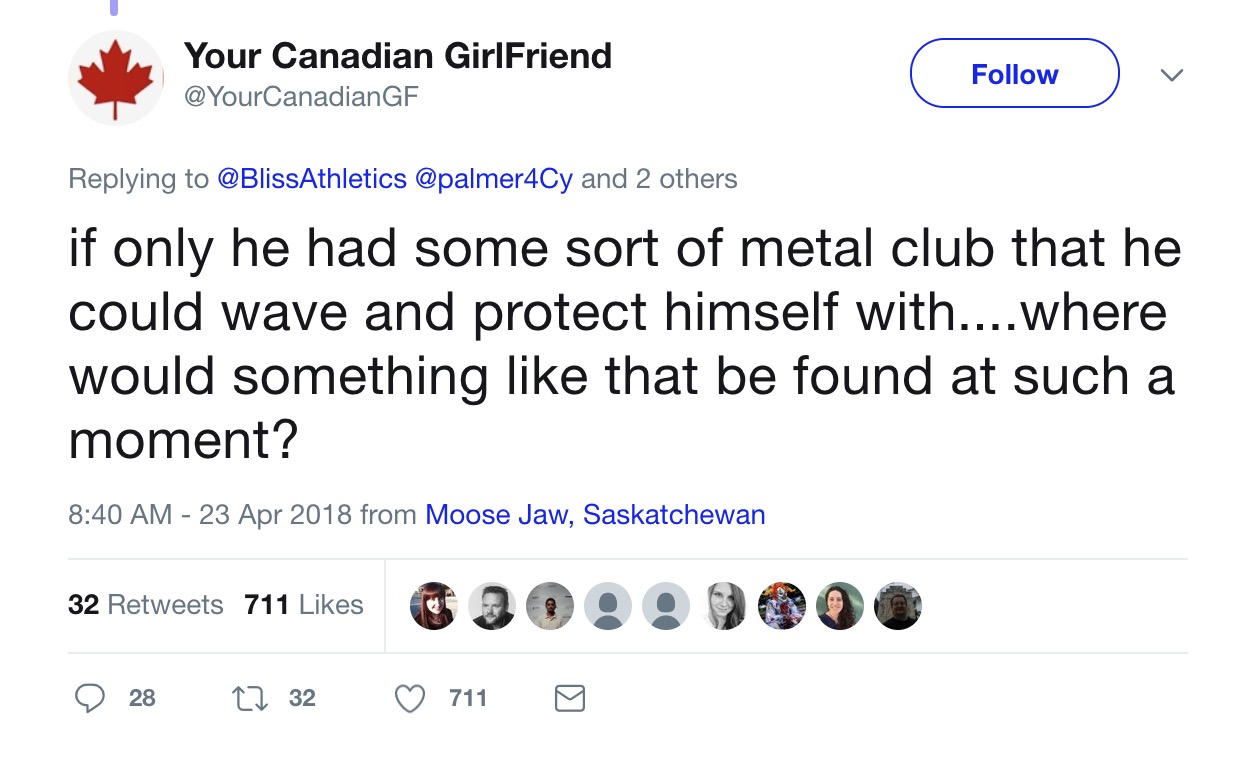 The Michigan Department of Natural Resources cautions that geese aren’t to be underestimated. “Occasionally geese nest in inappropriate sites, such as in shrubbery near buildings or parking lots. They can demonstrate aggressive behavior toward people while defending their nesting territory,” the department says on its website.

Which, honestly, doesn’t go far enough. Clearly geese are an unholy menace that want to feast on our delicious human flesh, and we should all stay indoors for the rest of our days.

And to geese everywhere, on behalf of humankind, I would like to apologize for pâté.