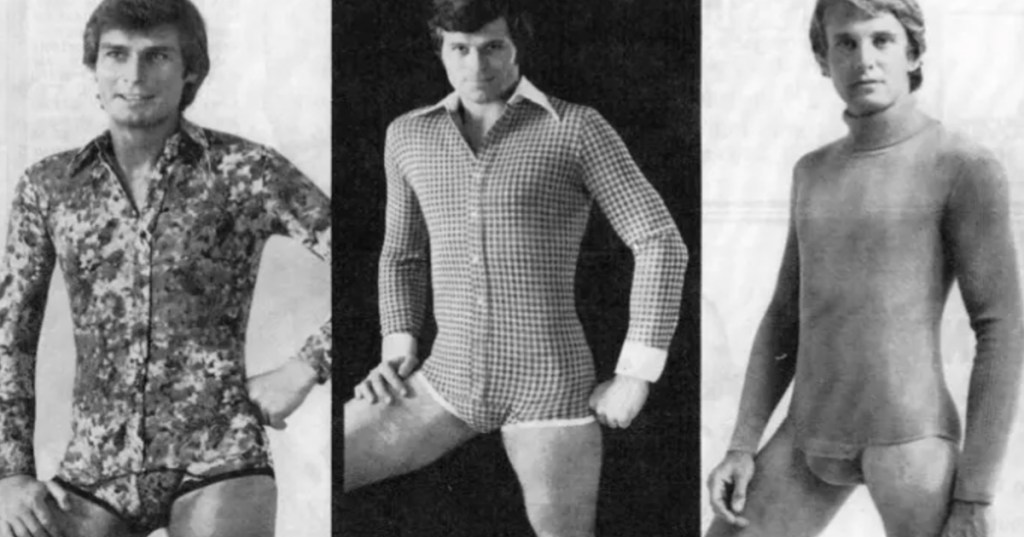 Hate Adult Onesies? They’ve Been Around Since The 1970’s

Usually there are two sides to every issue, but when it comes to adult onesies, there is only one: they are an abomination and must be stopped.

An adult onesie, in case you have remained blissfully unaware, is a one-piece garment, usually with a hood, made with soft fabric. Typically they are worn by babies, which is how it should be, but in recent years adults have stolen them for themselves.

Now, look, plenty of adult onesie enthusiasts enjoy wearing them at home while lounging or sleeping, and that’s fine. Where I draw the line is when people begin wearing them out on the town. As with everything terrible, this was started by celebrities.

Here’s a picture of your least favorite band, One Direction, all rocking adult onesies, which is the first and only time One Direction has ever rocked anything. 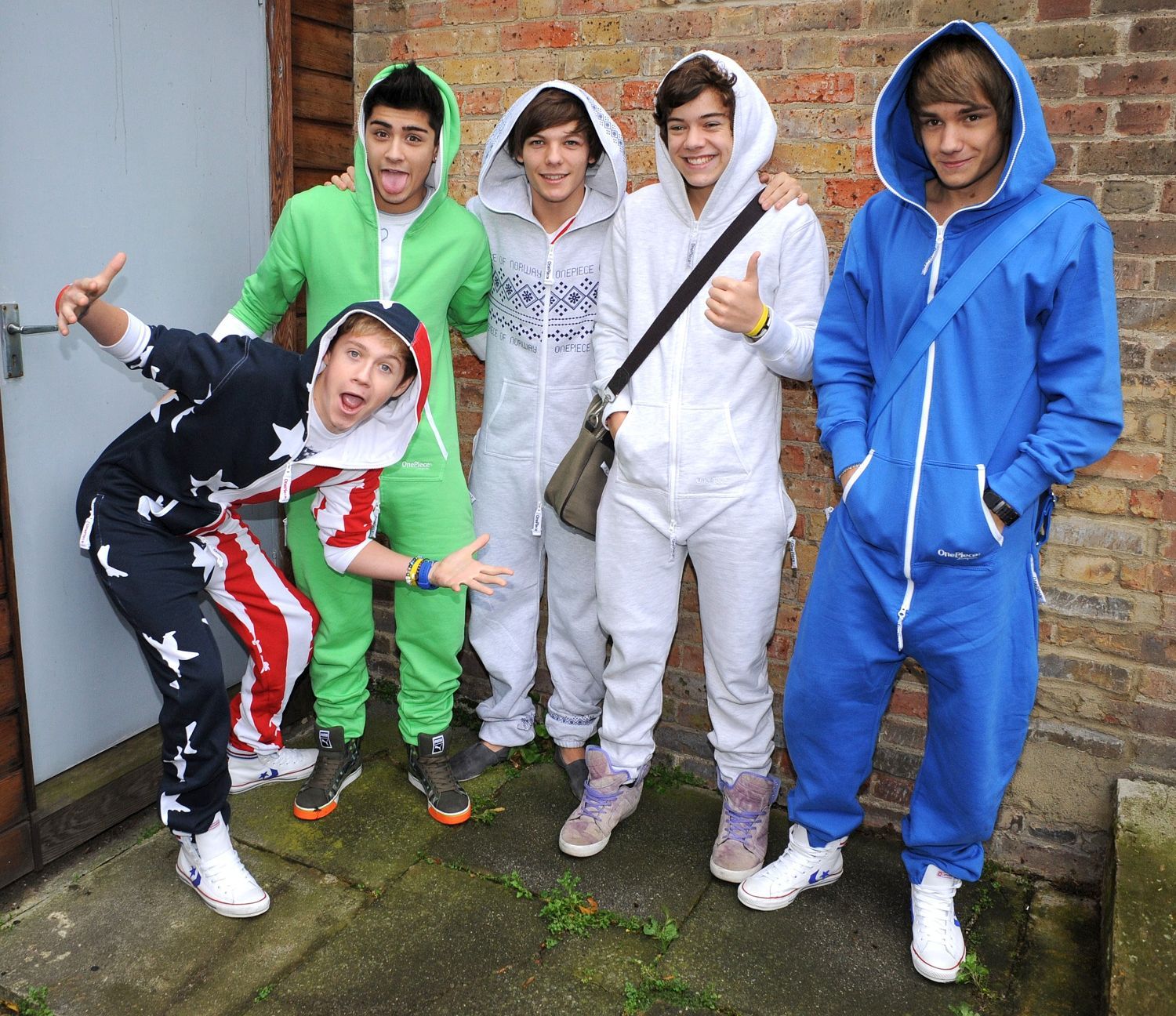 I don’t know about you, but that photo sent a deep shudder through my soul.

Now, it would be easy to blame the adult onesie’s popularity on millennials, but it actually has its roots way back in the 1970’s. Back then they were called “bodysuits,” and they were a nightmarish combination of shirt and underwear–which actually makes them more similar to baby onesies than the rompers we have today.

Check out these vintage ads for bodysuits from an old Lew Magram catalog, although you’d be forgiven for thinking they’re from a vintage Playgirl. Just be glad the bodysuit never caught on.

OK, so first, great work by the photographer posing the model like that. “Garry, the last batch of bodysuit photos didn’t show enough of the ol’ dangle, but I have an idea. Don’t worry, it’s tasteful.”

Second, if you wondered about the reason why someone invented the bodysuit, the product description clues you in. Most of these bodysuit ads say some version of “Unlike a regular shirt, a bodysuit will never pull out of your pants.”

Which…I’ve worn a shirt tucked into my pants about 10,000 times, and not once has it ever gotten pulled out of my pants by accident. How does that even happen?! Maybe in the 70’s, people just weren’t very good at wearing clothes.

That’s the most 70’s thing I’ve ever seen. Every Alhambra Bodysuit should come with a free pot of fondue and a case of herpes.

If you were worried that bodysuits might not be dressy enough for the work, worry no longer. Because now there’s CUFFS. Now people around the office will look at you and say, “Who’s the mysterious new guy? I bet he has a secret, and I don’t want to know what it is.”

What’s the nice thing about a forest print bodysuit? Makes it really easy to hide the skid marks.

If only he had a shell he could retract his head into once the jeers start. 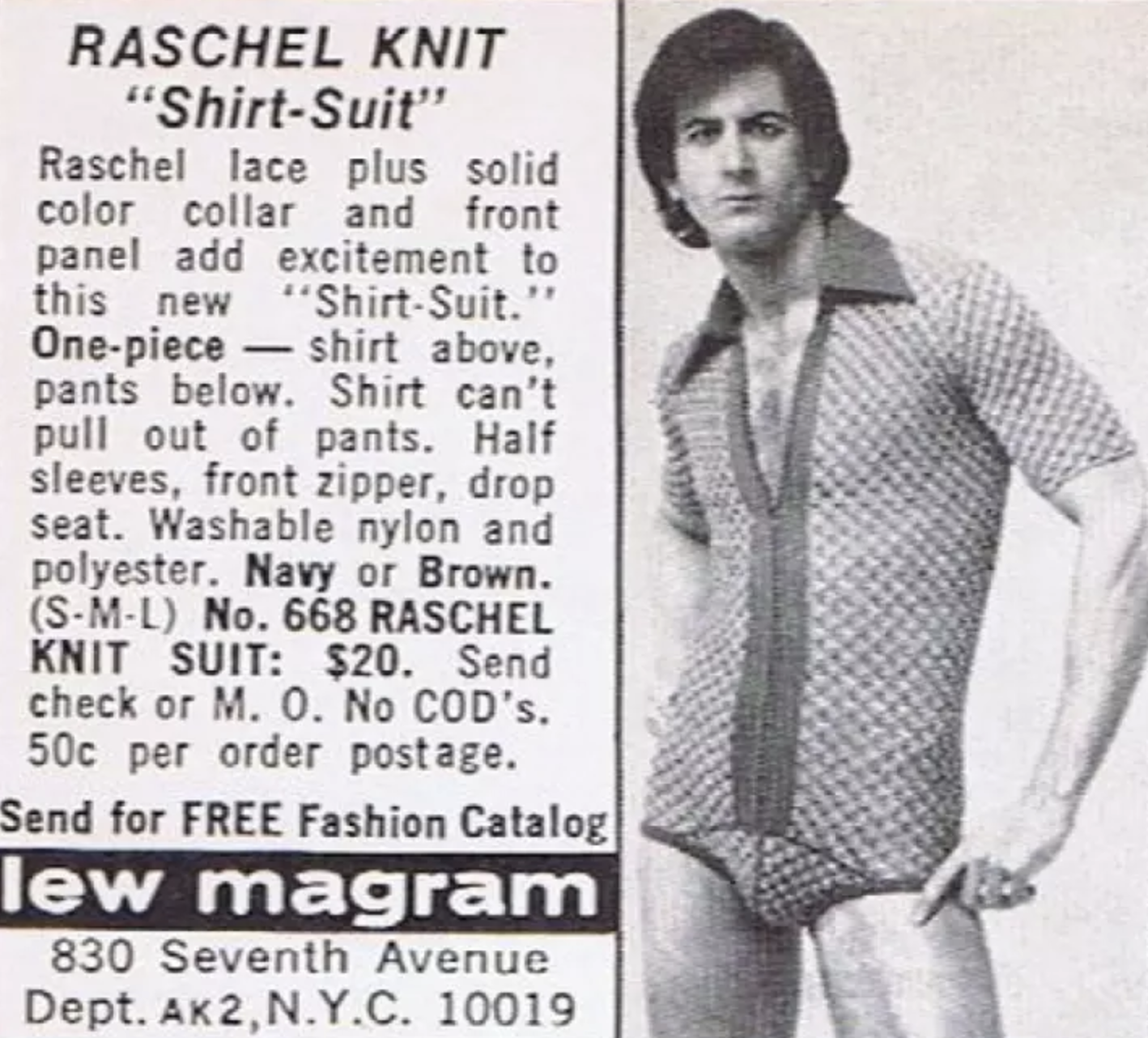 I take everything back. Lew Magram is a genius and a visionary and should get a Nobel Prize.