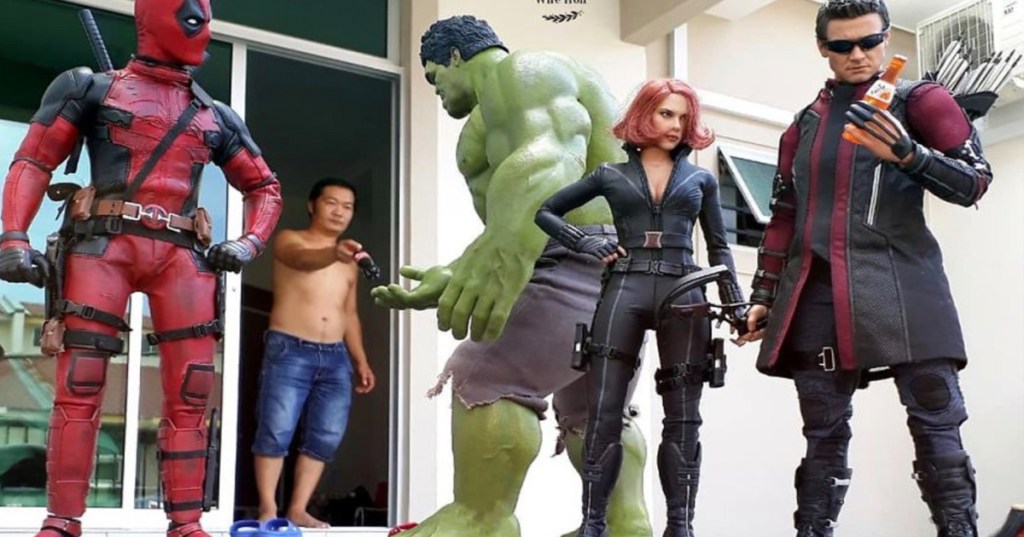 The Marvel movie franchise is the highest-grossing film franchise of all time, raking in over $17.5 billion. If you or I ever wanted to be in one of these movies, our chances are low, depending on how good you look in spandex. (In my case, I’m comfortable saying my chances are zero.)

But luckily for us, Wire Hon has come up with another way to appear alongside everyone’s favorite superheroes by staging photographs with action figures. Hon is a Malaysian photographer and toy collector who takes creative superhero photos using a technique called “forced perspective”–a camera trick that manipulates our visual perception to make objects appear closer or father, bigger or smaller. Hon starts out by staging a superhero scene like this one, with Tony Stark and the Iron Man suit. 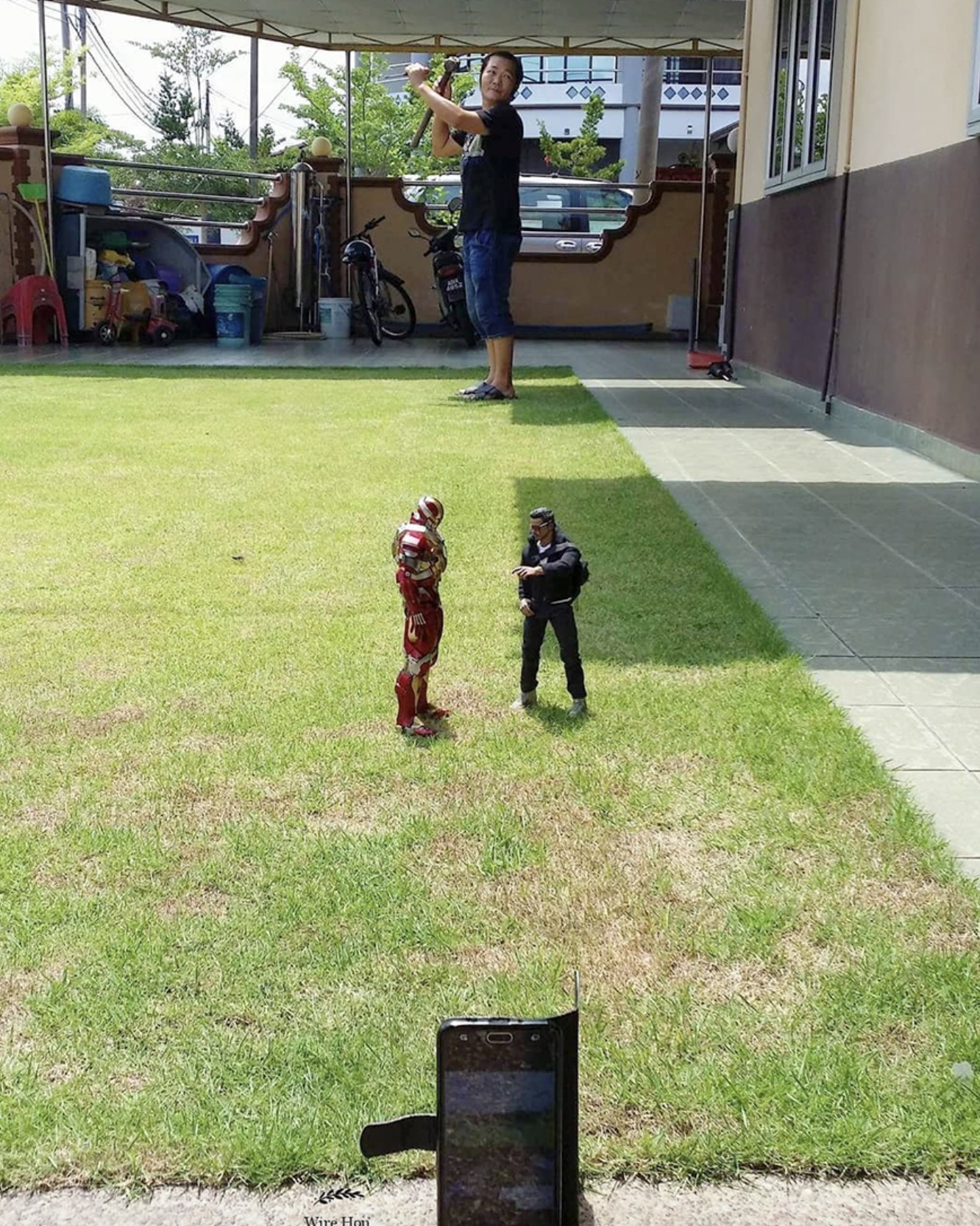 Then, by positioning himself just so, Hon can make it look like he’s doing some unauthorized repairs for Stark Industries. 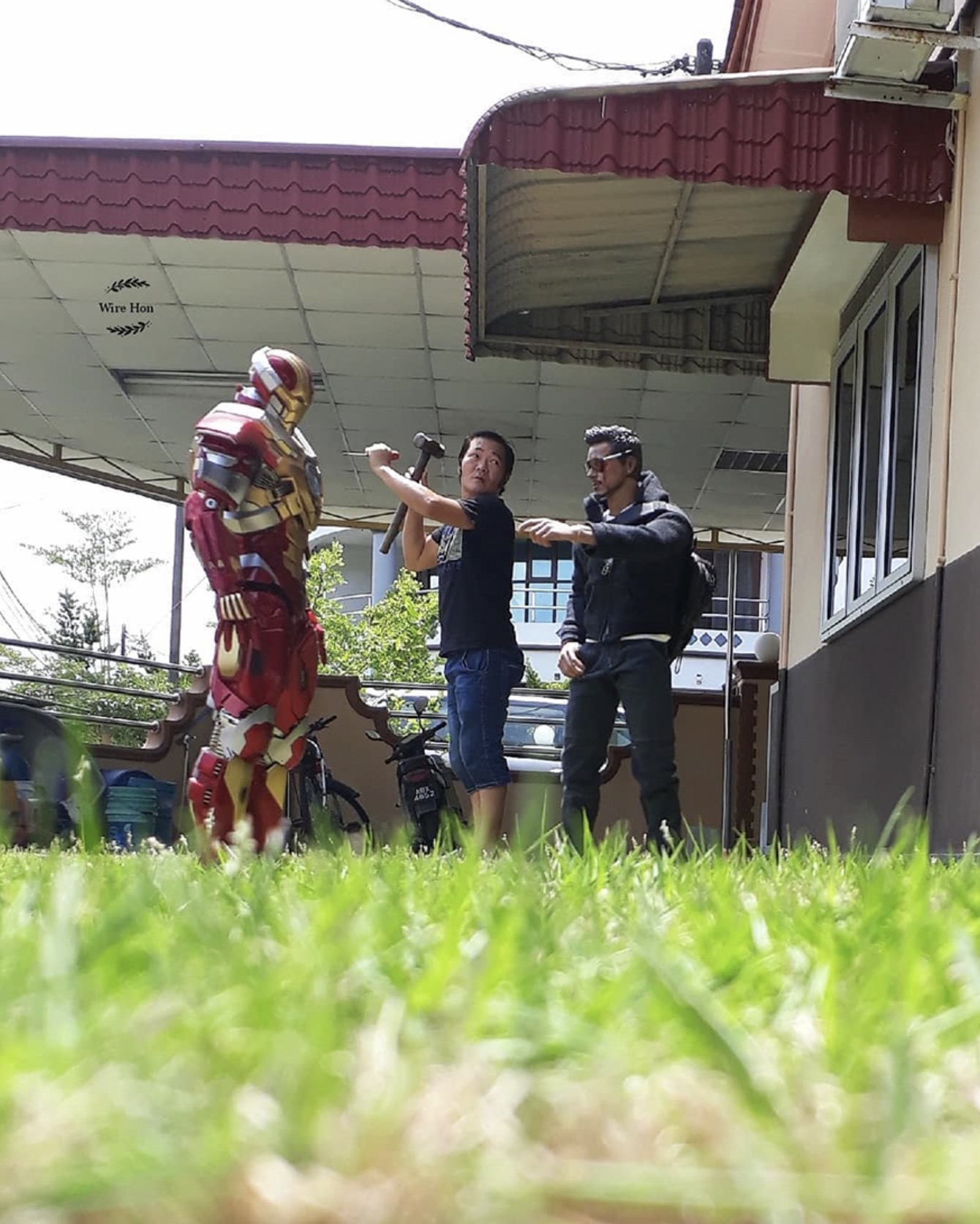 Hon makes each photo using only a smartphone camera, and each composition takes about 30 minutes. Many of his scenes depict “slice of life” situations, where the superheroes face more ordinary tasks, with plenty of humor. Hon’s family are often involved, and Hon’s wife can be seen bossing some of the heroes around.

If you like superheroes, (Marvel or DC, because Hon’s got both!), or you just like DIY projects, you’ll want to check out his work, (via Bored Panda), as well as visit his Instagram and Facebook pages.

1. Black Widow, and the wandering eye. 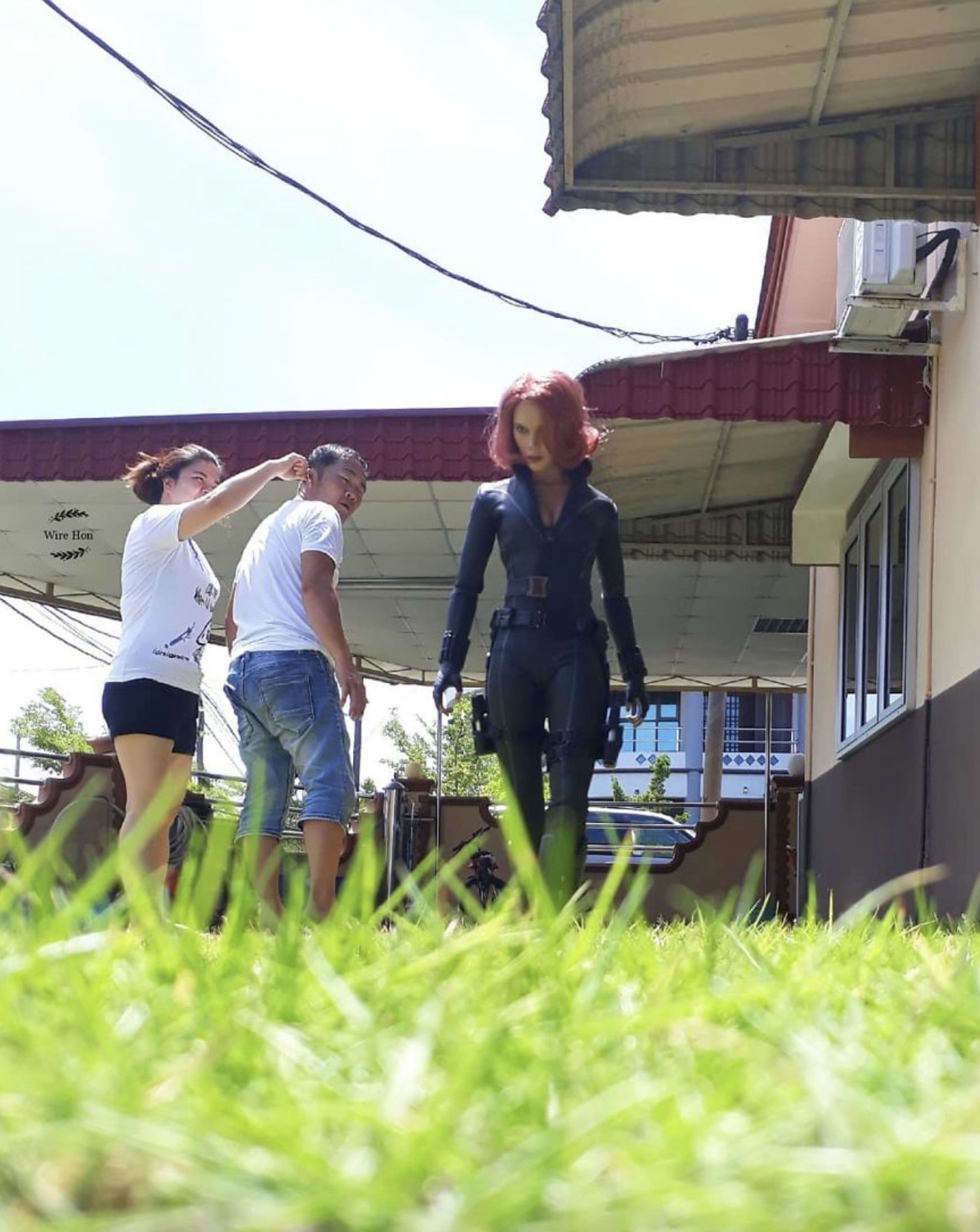 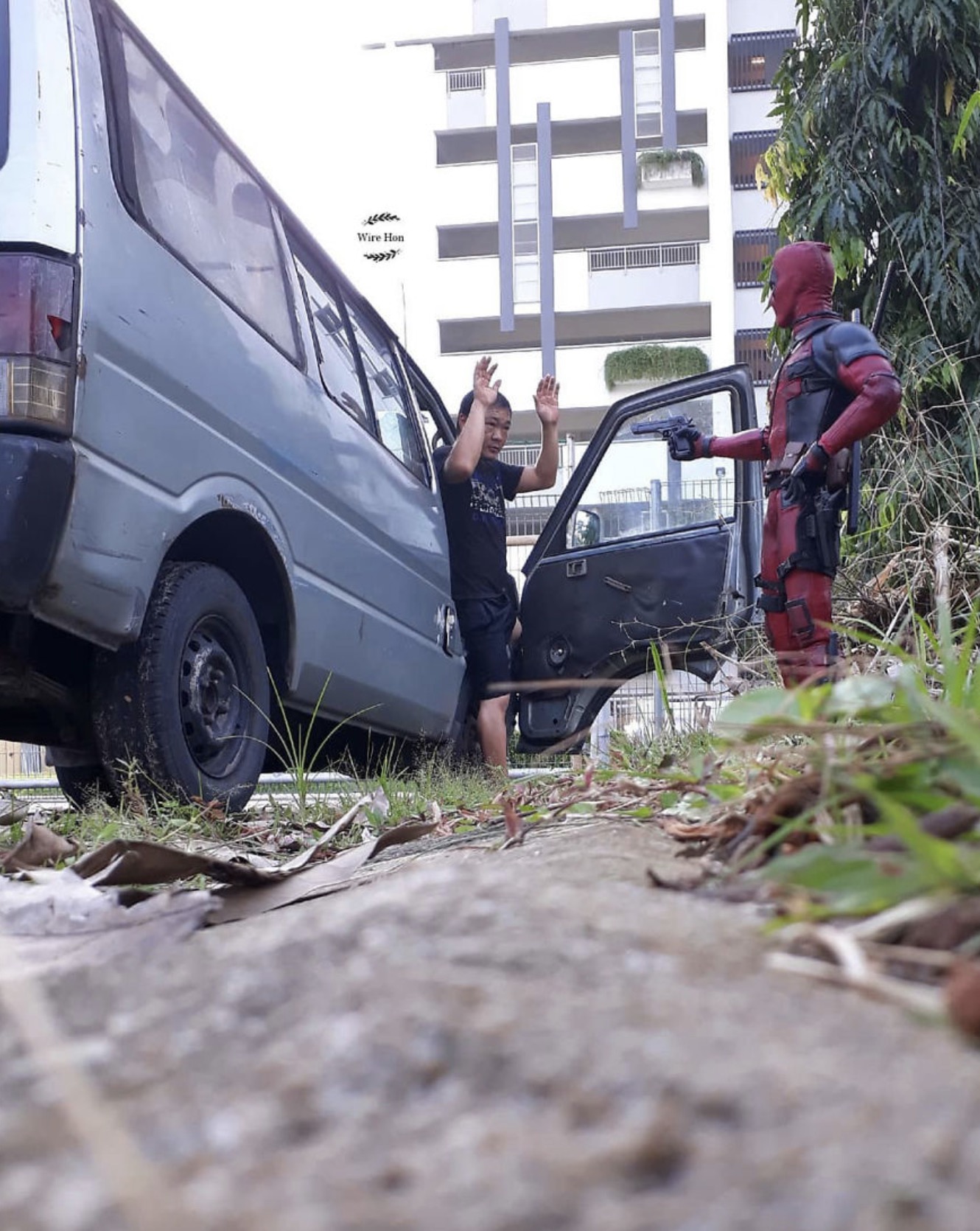 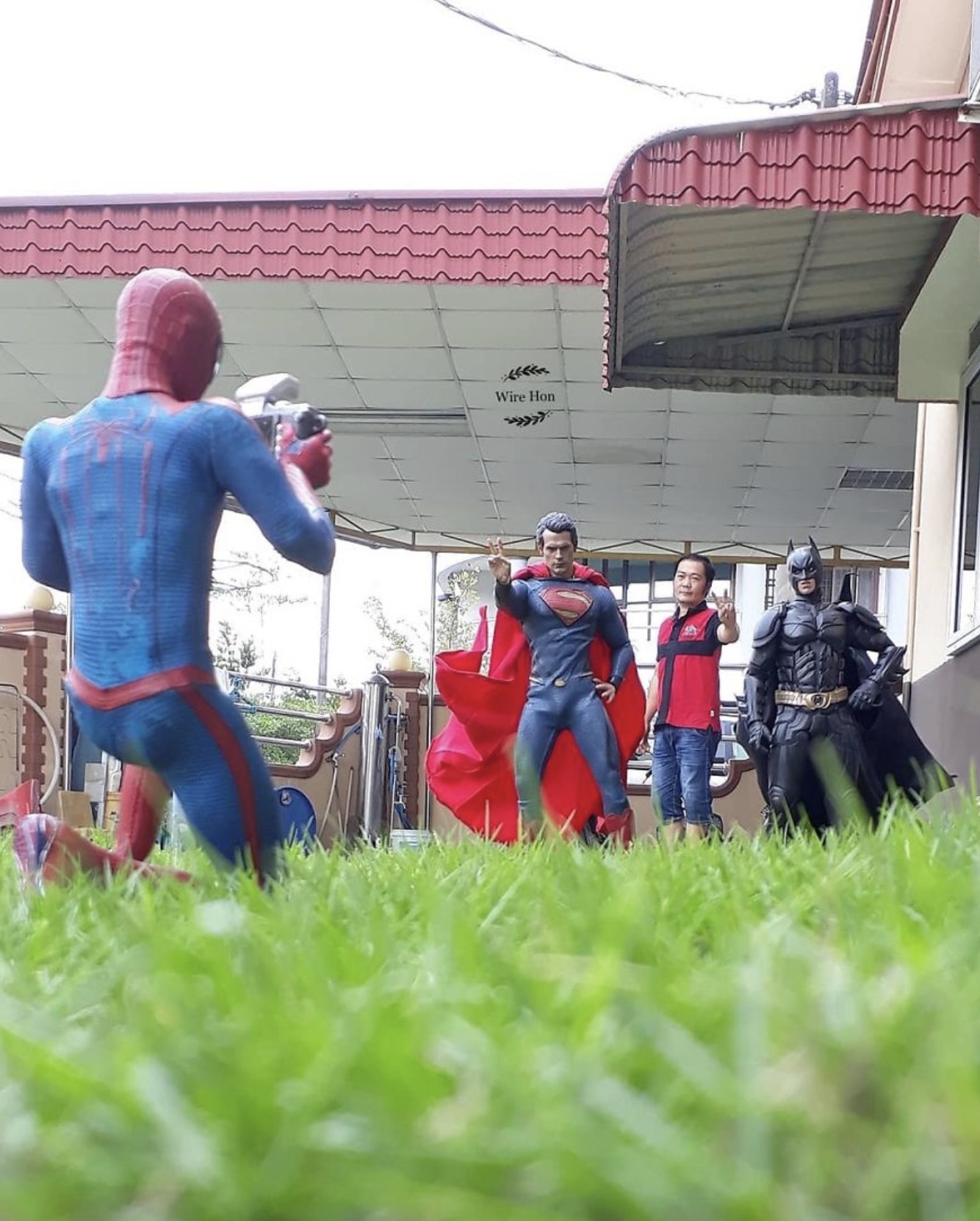 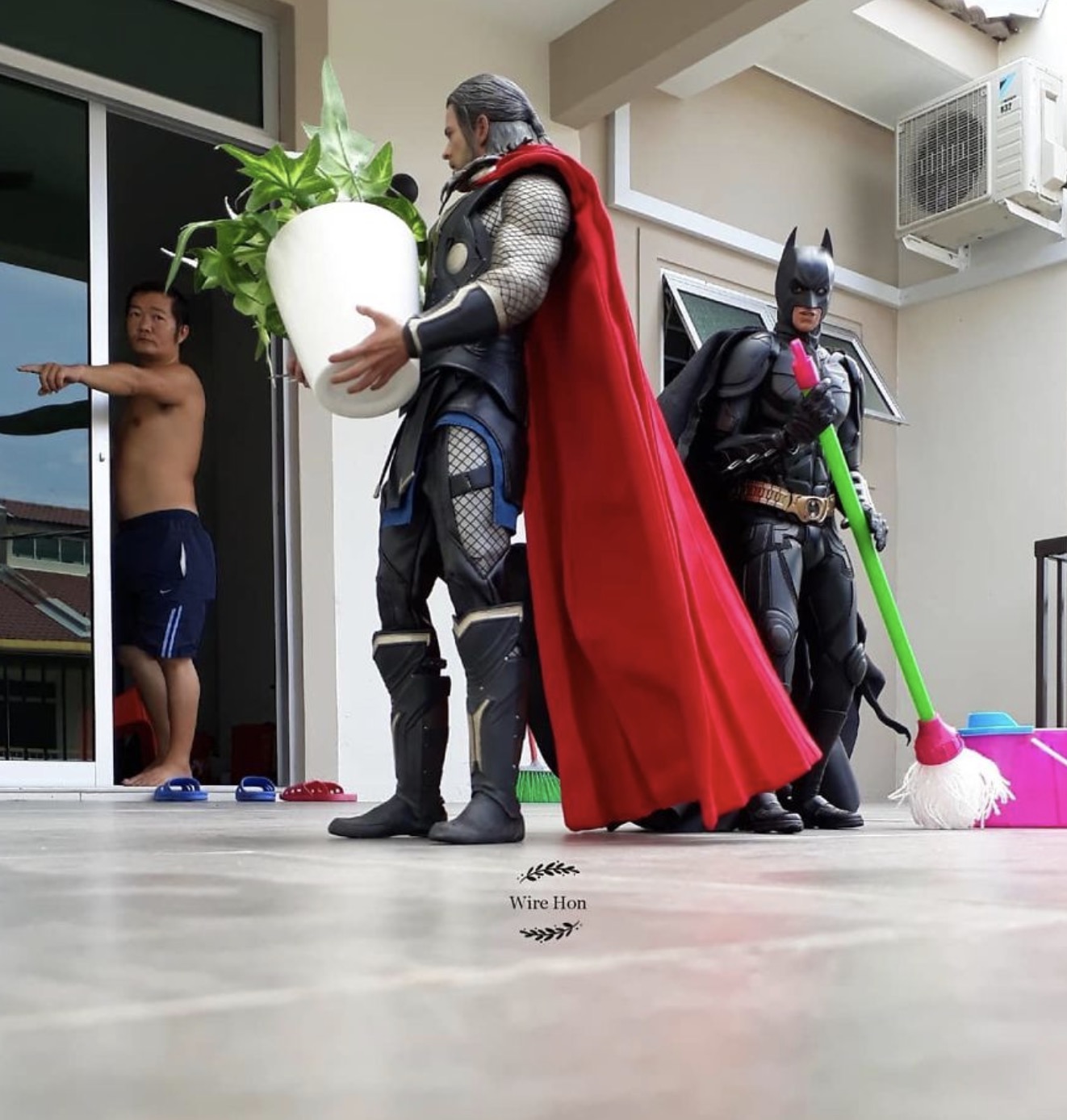 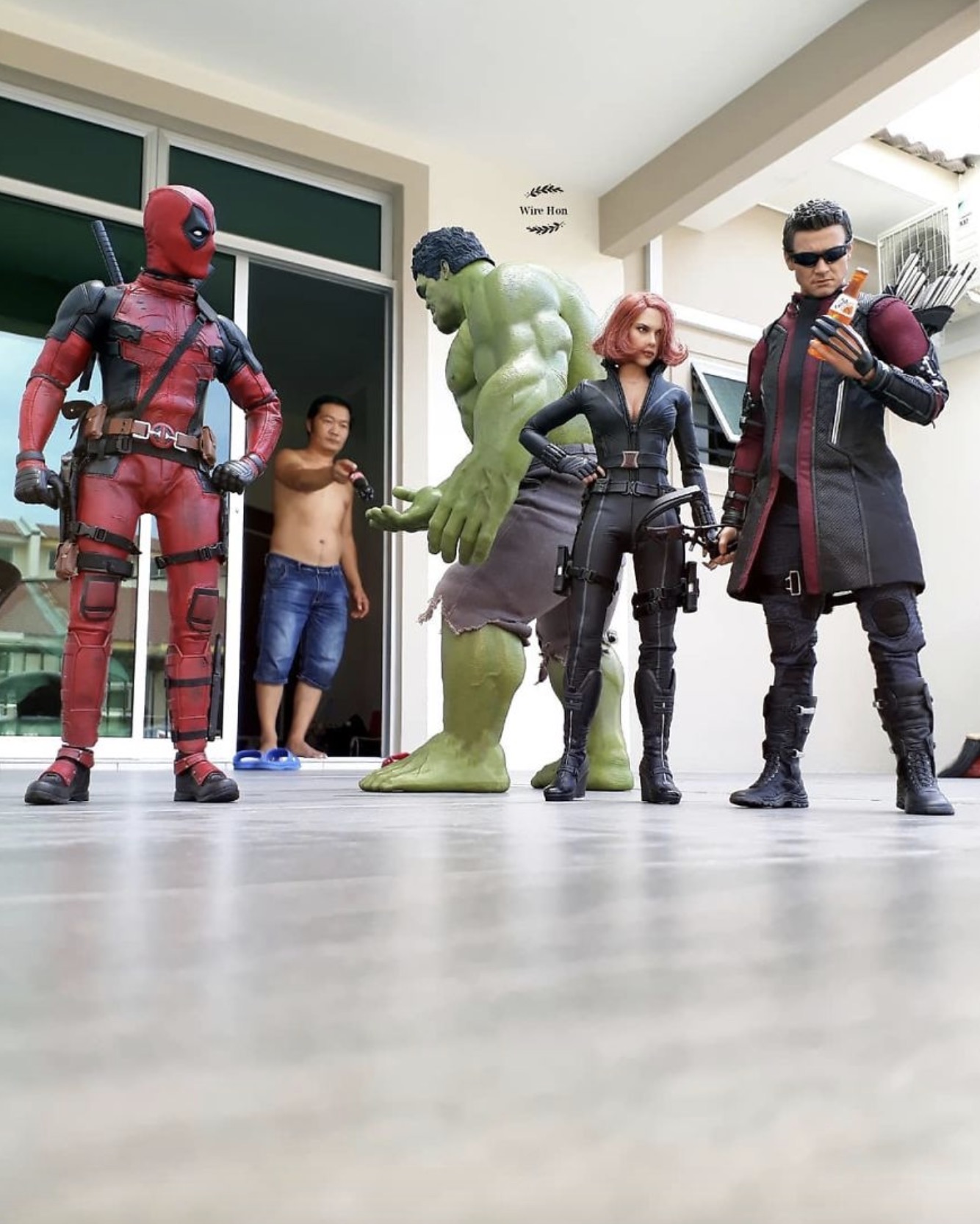 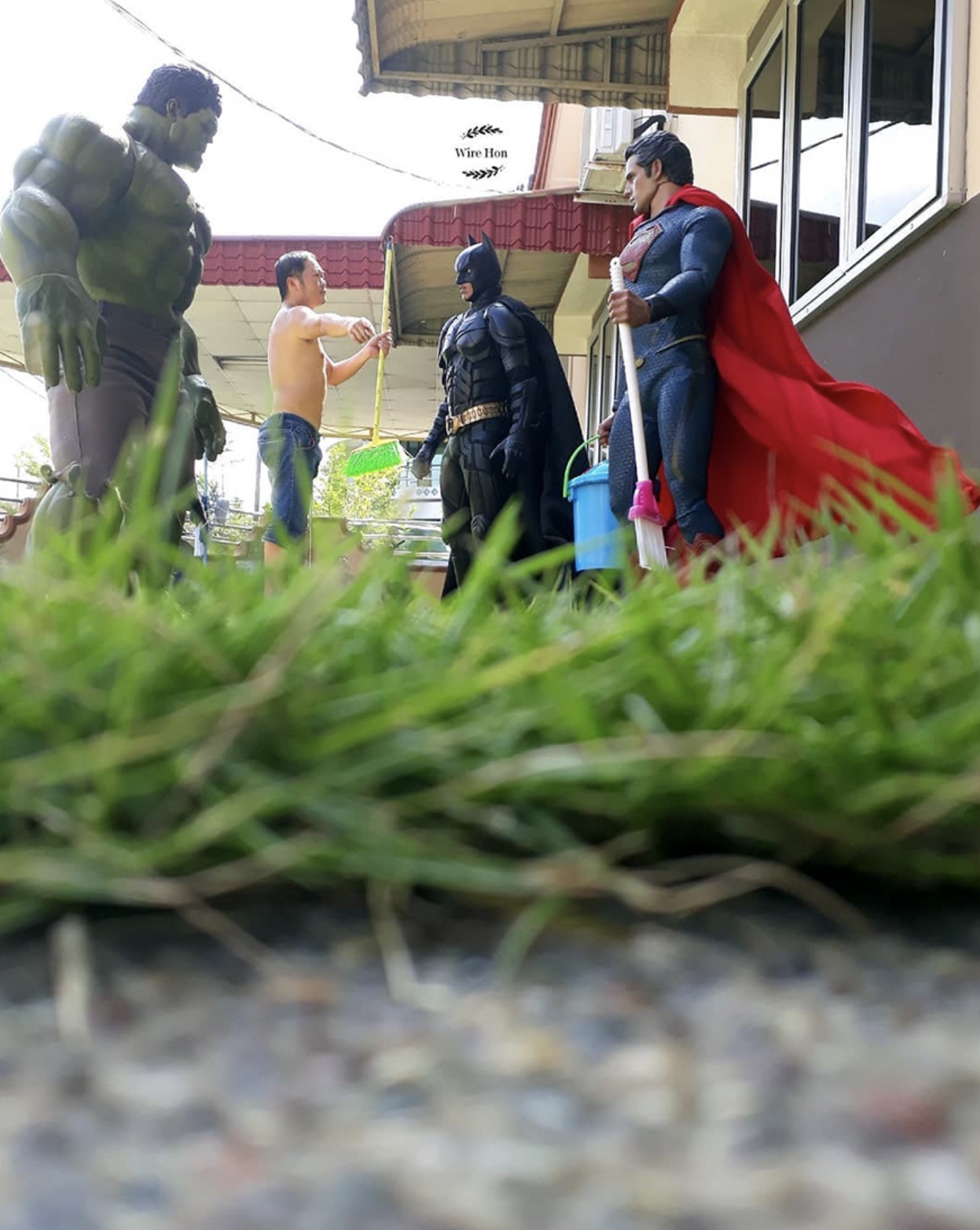 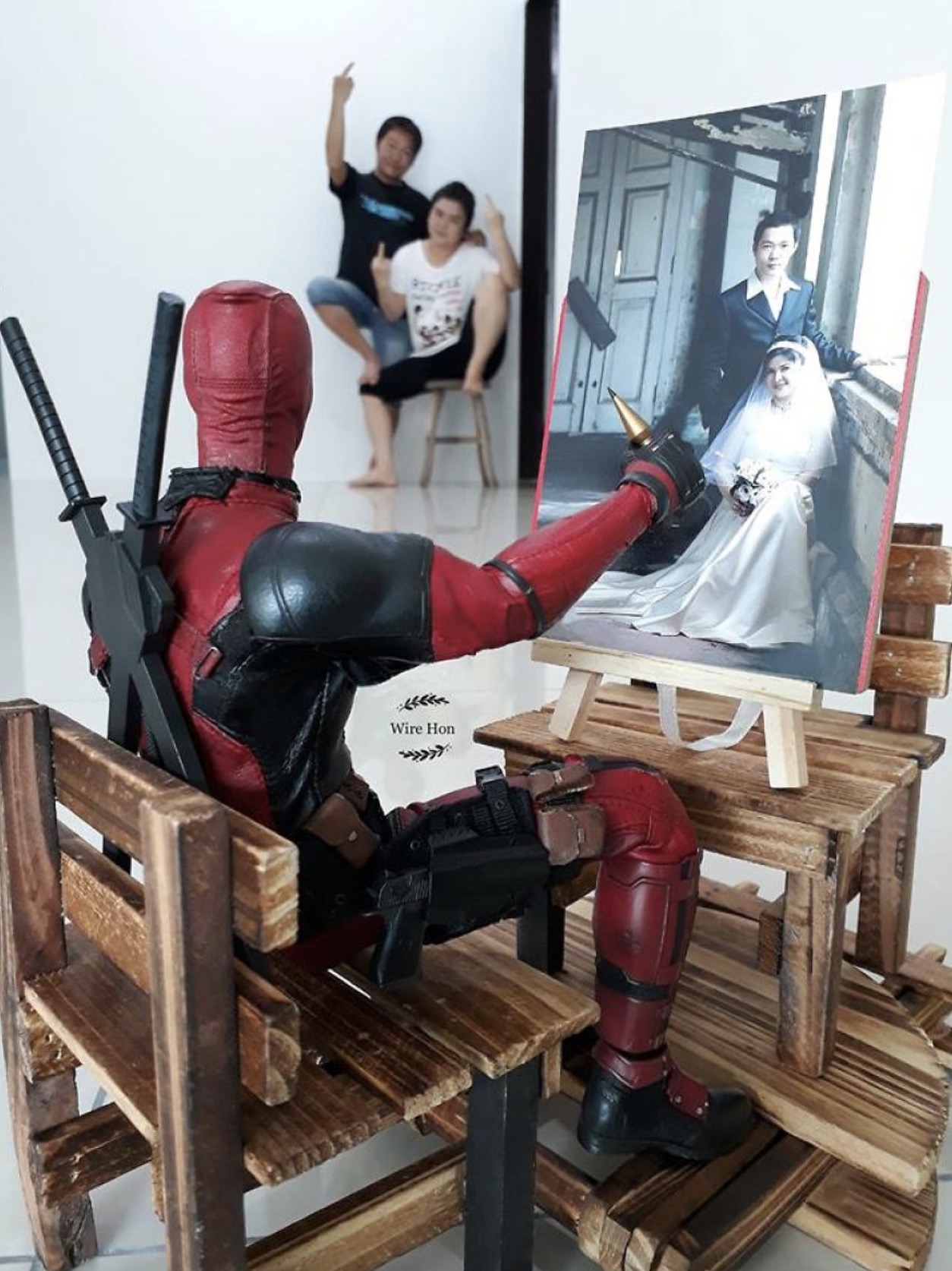 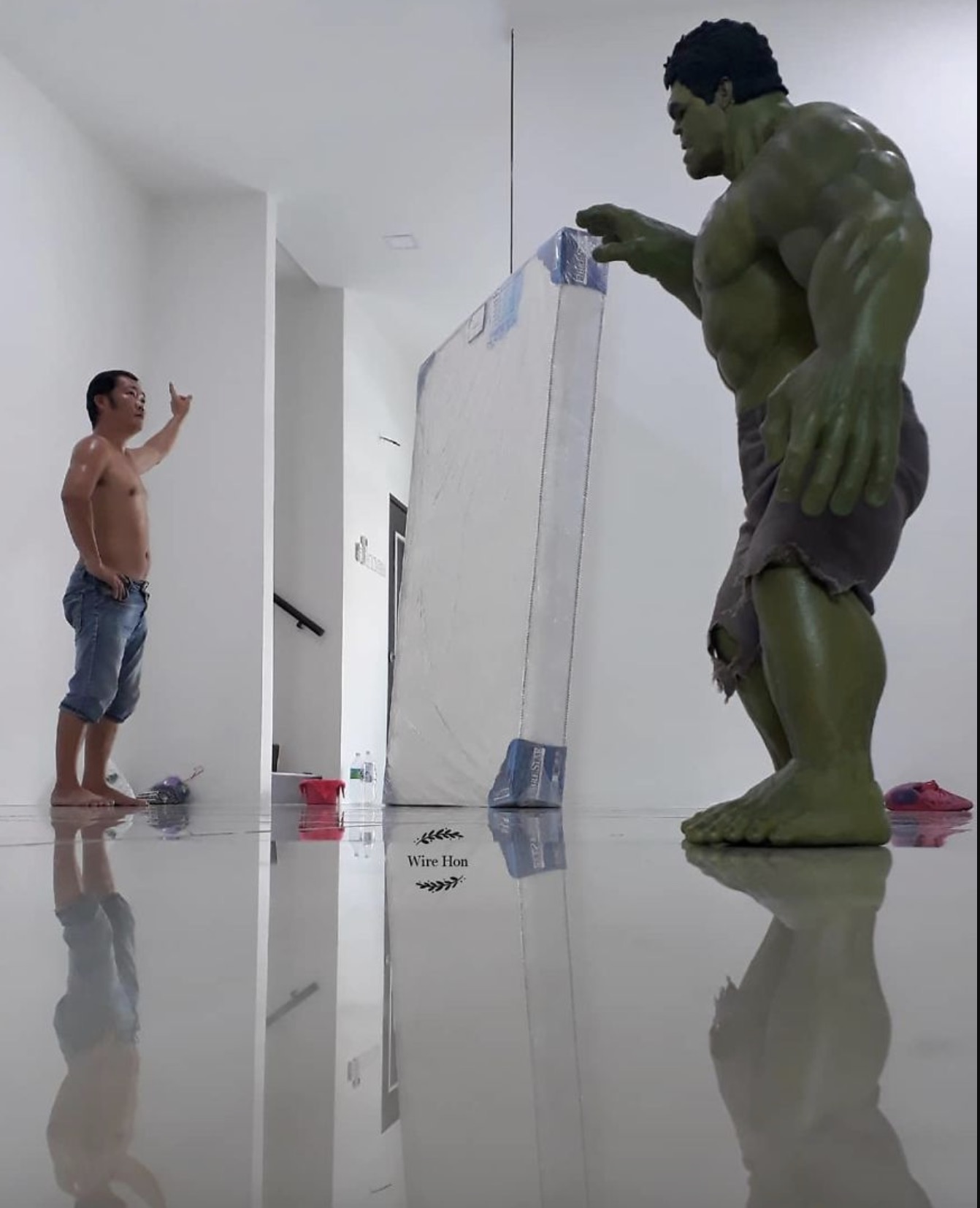 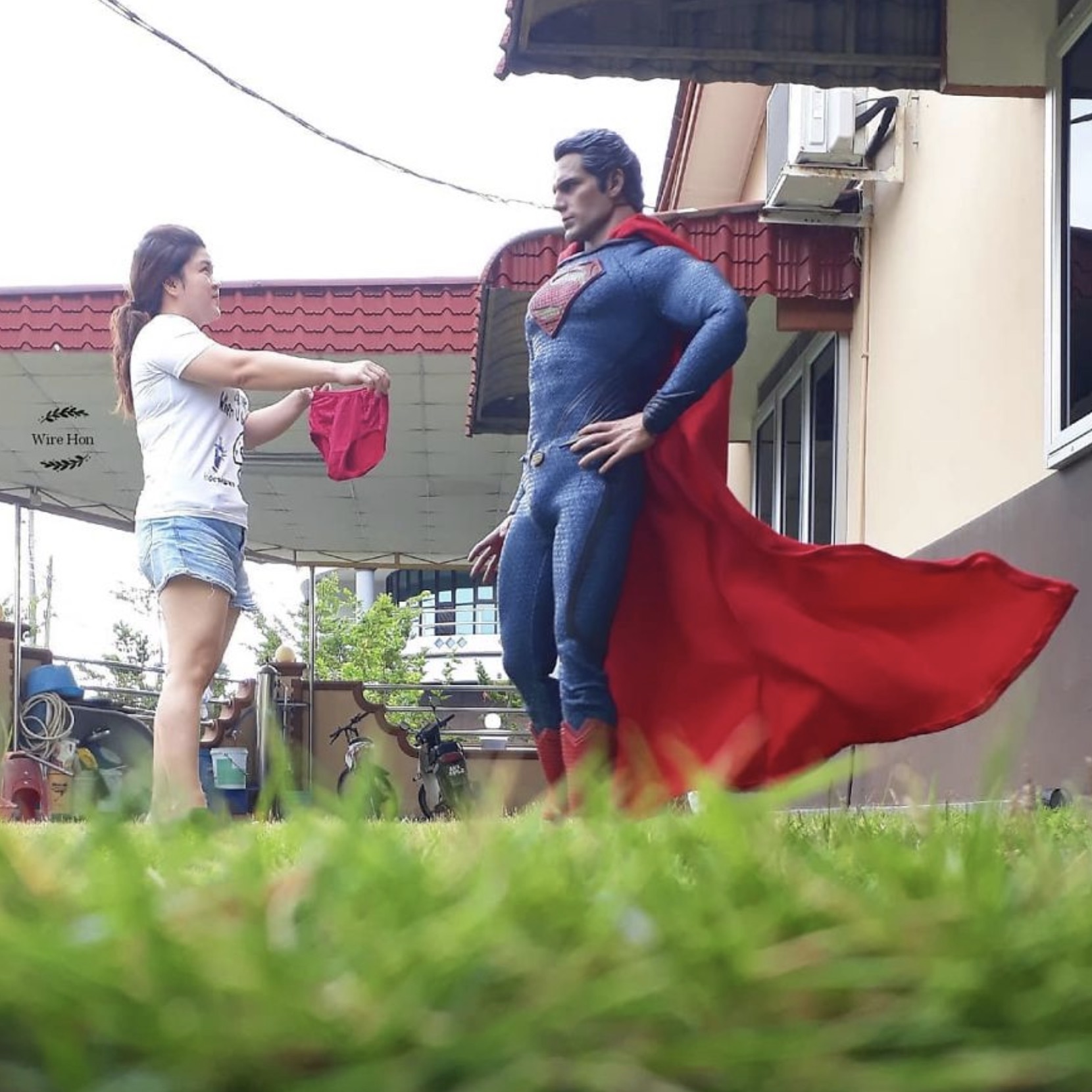 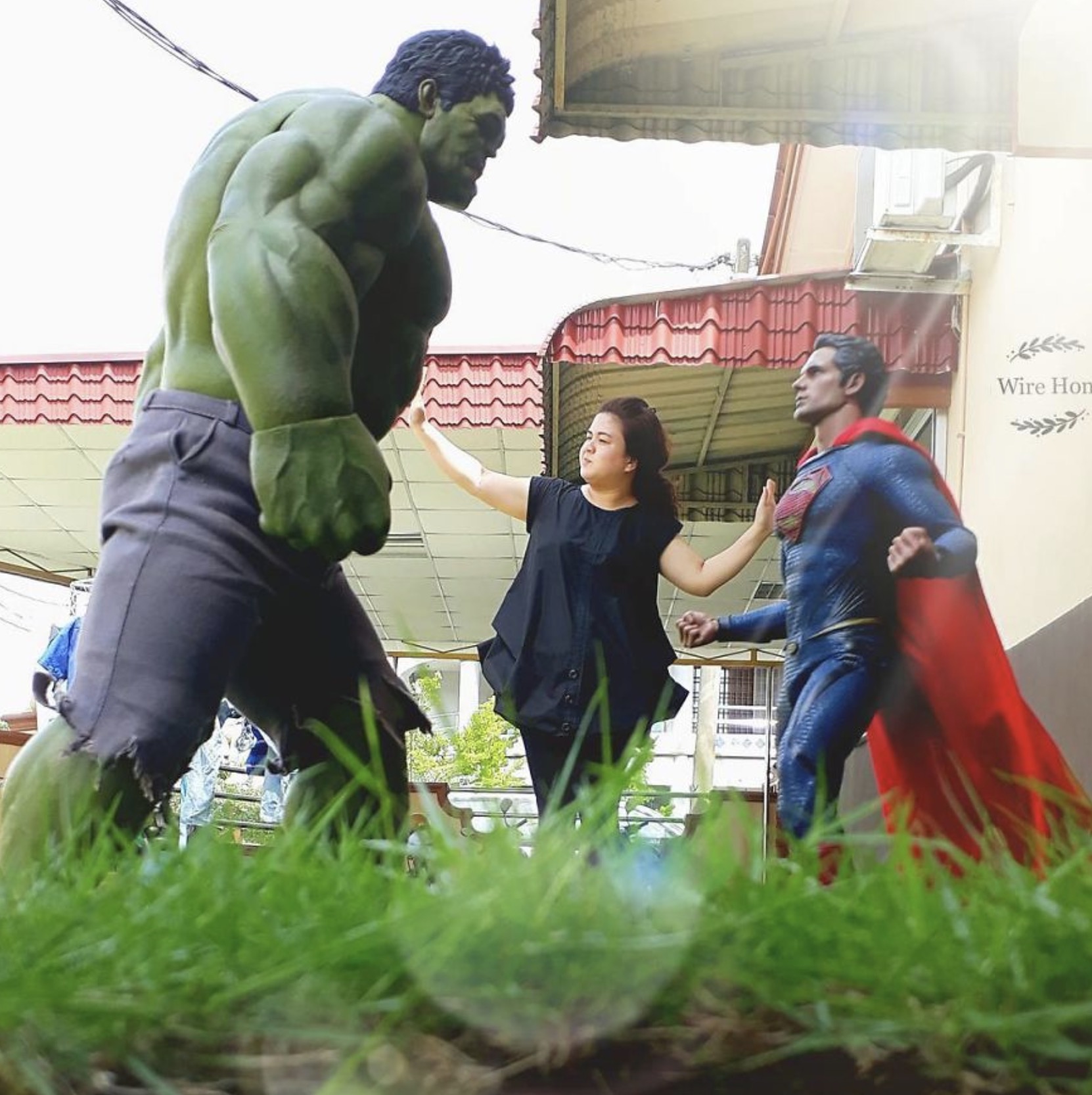 11. Deadpool and Batman are both having a tough day. 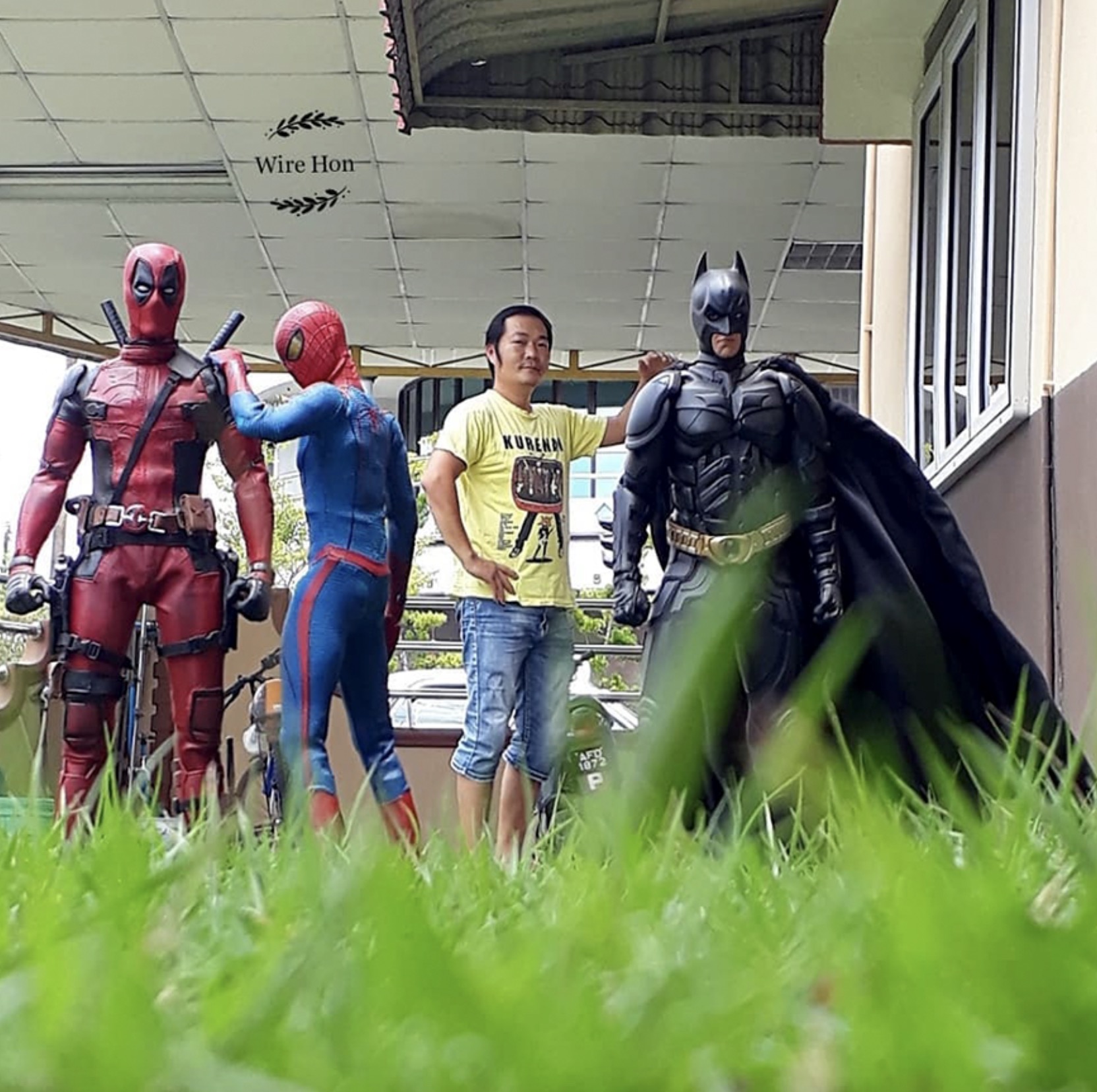 12. Think you can climb up there and grab some papayas? 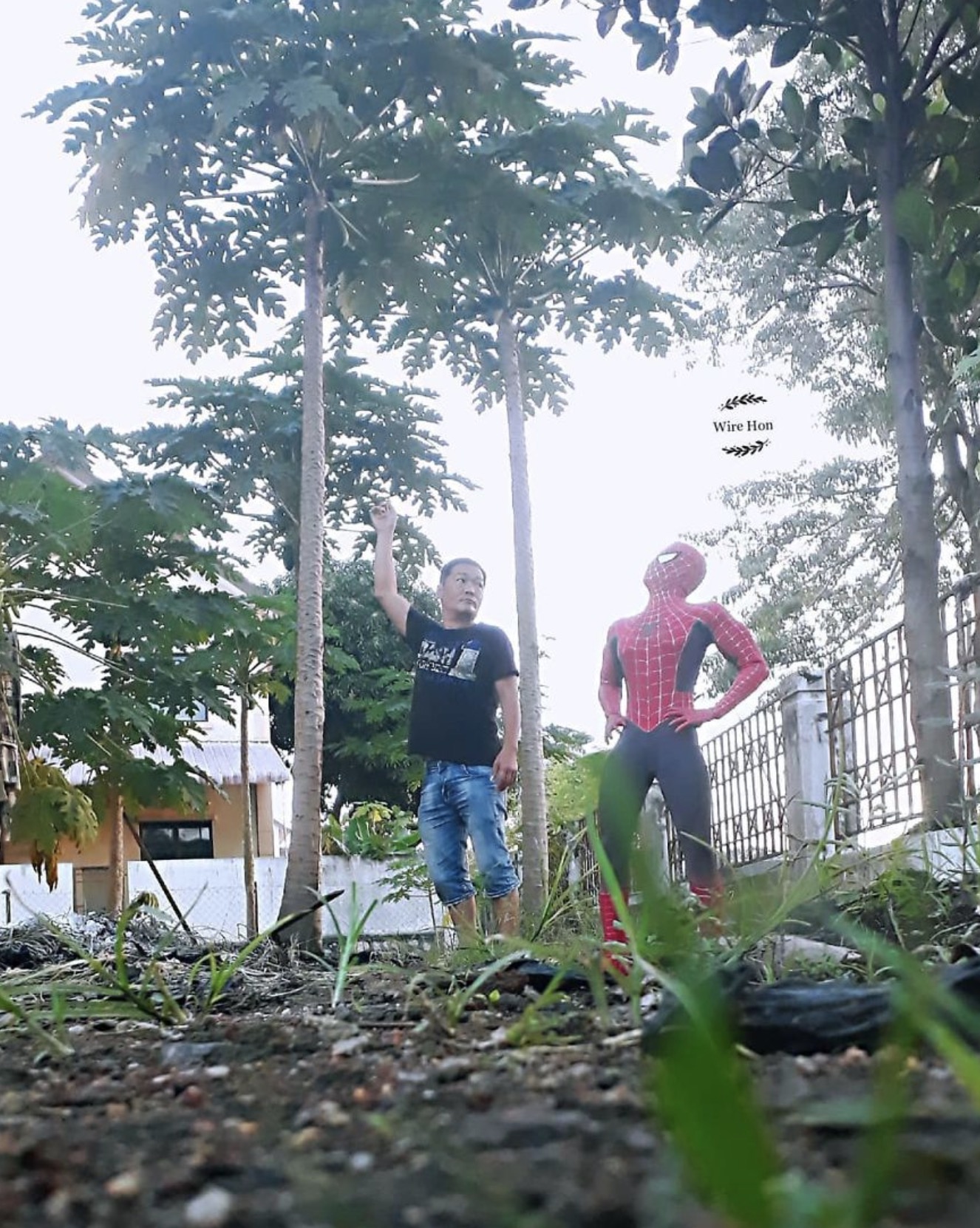 13. Caution: do not feel wild Pokemon. 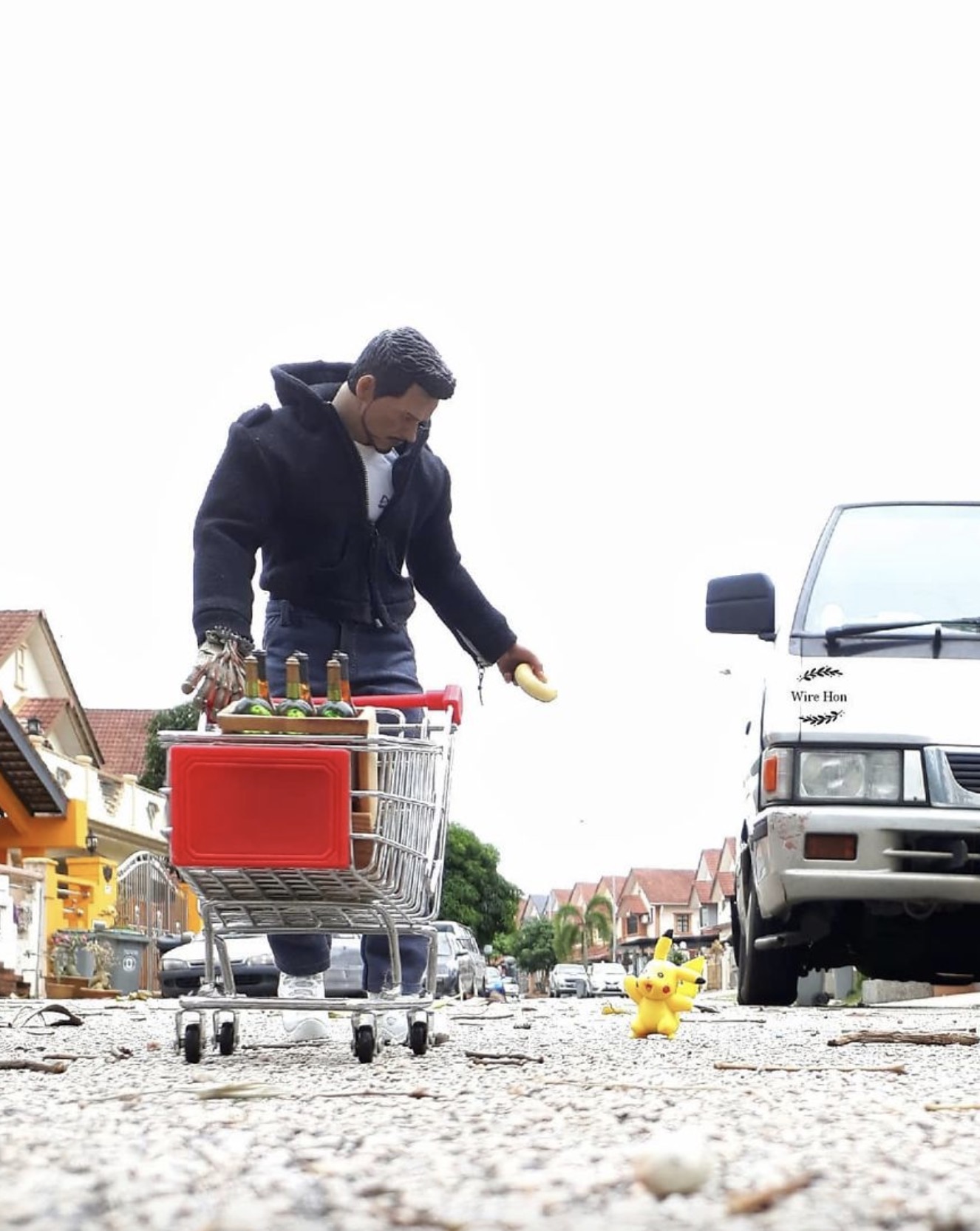 14. Force push! (Even though Deadpool and Star Wars do NOT share a universe!) 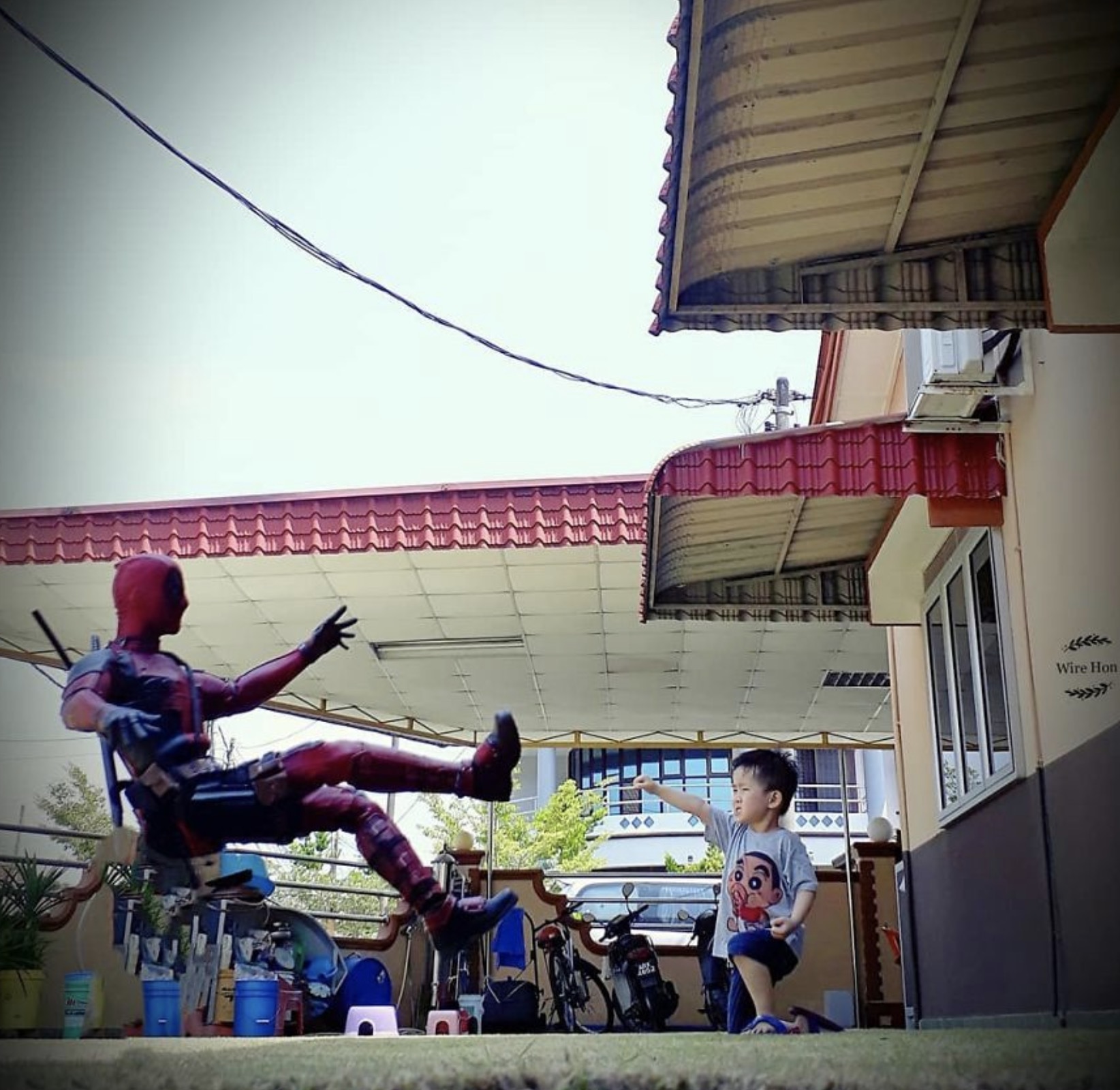 15. Someone made one too many Golden Girls jokes. 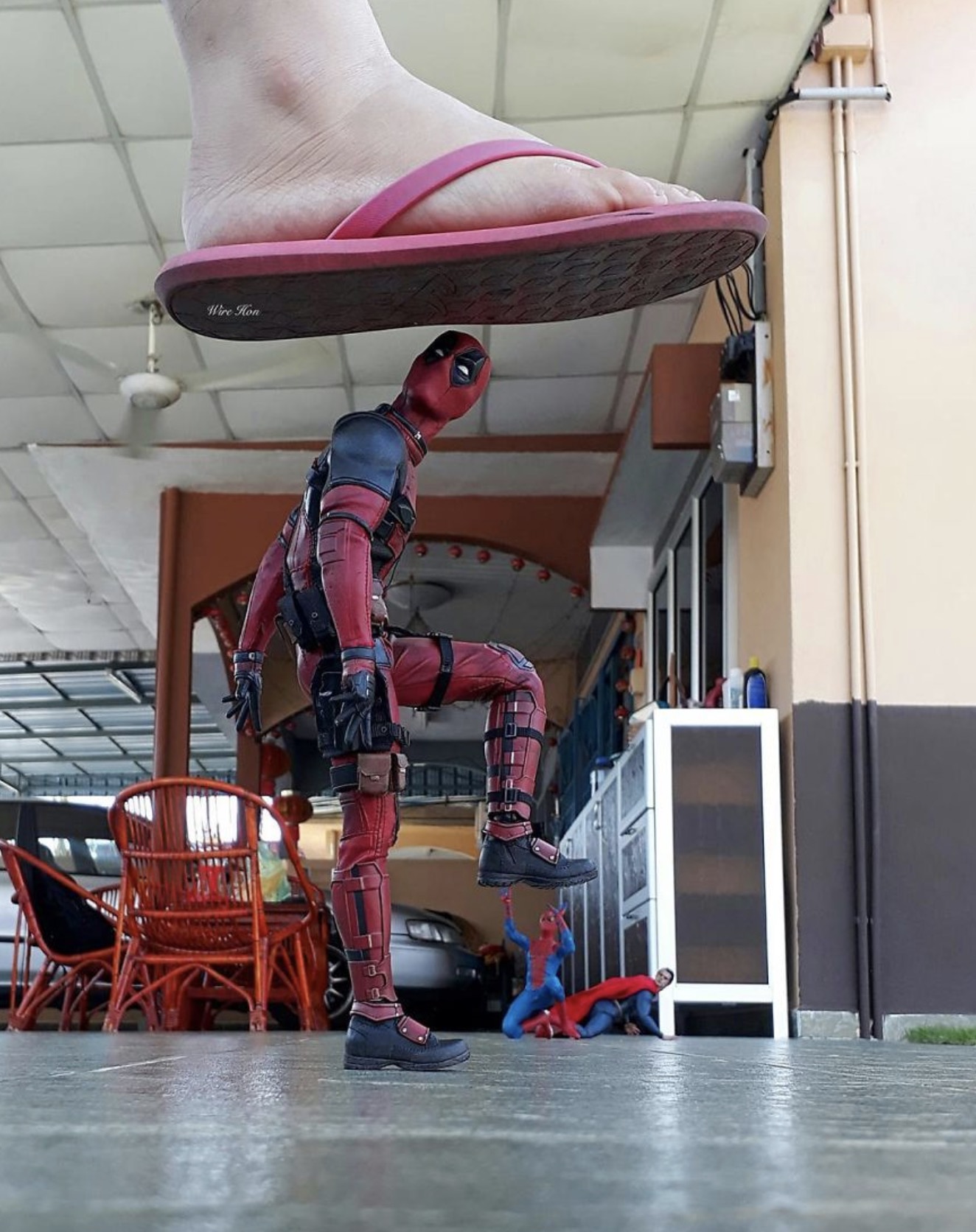