We’ve all been on a terrible date our two in our lifetimes. It’s a blow to the ego for sure, but the best thing to do is suck it up, move on, and maybe even thank the universe for stopping you from being paired up with the wrong person.

Or, you could be like this guy did and threaten your date with a lawsuit.

A few weeks ago, Brandon Vezmar of Austin, TX was excited to meet a woman he’d been messaging with on Tinder. Their date started well, with a slice of pizza and some small talk. But then, at a 3D screening of Guardians of the Galaxy: Volume 2, things went south. According to Brandon, the woman committed the grave sin of texting during the movie. He asked her to cut it out, at which point she bailed on the evening entirely.

We don’t know for sure who the woman was texting, since she hasn’t spoken with the media, (because why would you if you were her?). But Brandon pressed her and got her to admit that she was checking in with her best friend. Which is what you do when you go on a date with a stranger from Tinder.

Brandon felt that her behavior was a breach of good faith. Deprived of the $17 he spent on movie tickets, as well as a lifetime of companionship and happiness, Brandon decided to play hardball. 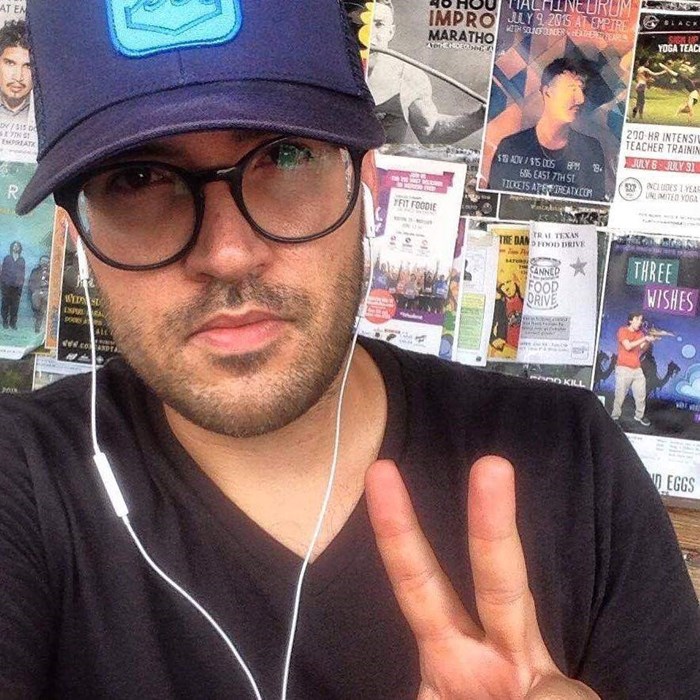 Pictured: Brandon Vezmar, who looks exactly like you’d think he would.

In an interview with Dazed Digital, Brandon, who’s probably a huge fan of Ayn Rand and Reddit, explained that it’s not really about the money he spent, it’s about principle. The anonymity of Internet dating means that people aren’t accountable for their actions. People can just show up for a Tinder date and put forth less than a full effort.

And Brandon has had enough.

The woman was understandably shocked, as you can see in their text exchange, which Brandon Tweeted to the world, apparently OK with how much this makes him look like a tool: 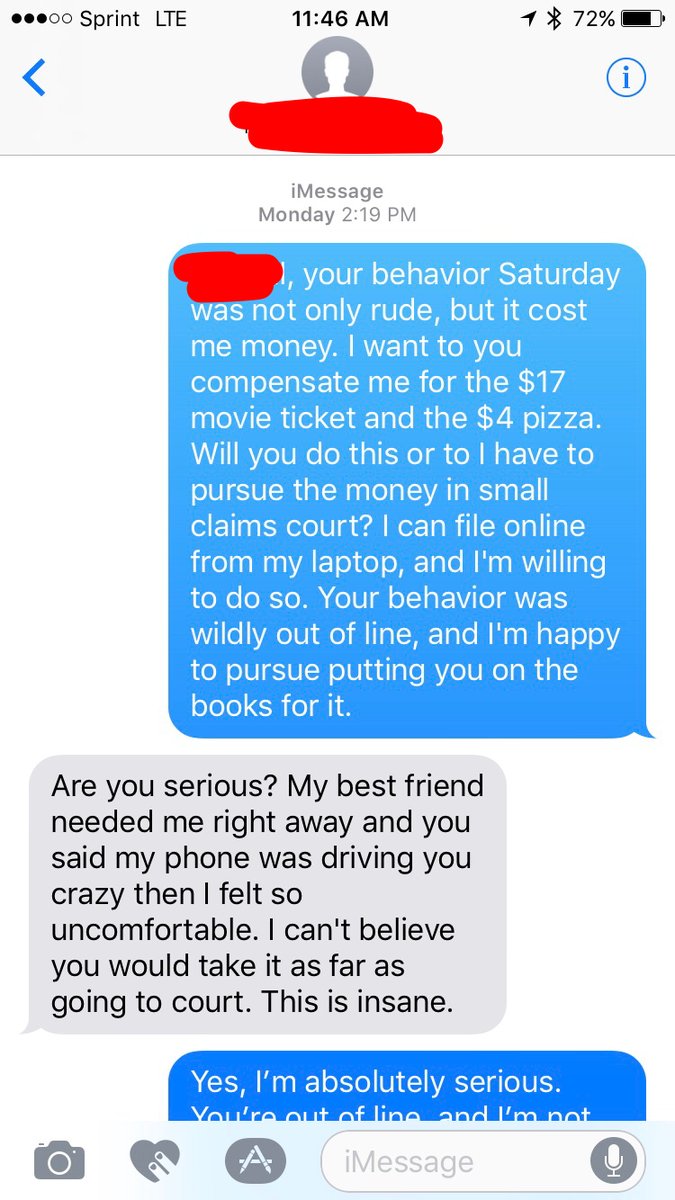 Brandon clearly wasn’t paying much attention to the movie, because this is very un-Starlord-like behavior.

The woman, who is a reasonable sane normal person, decided to just pay him the money so he would go away. Brandon incorrectly views this as victory “for civilization.”

He ended his interview by describing his perfect date, which will make your eyes roll so hard you might pass out:  “Friendship. The unfolding of friendship. Rapport and kindness, that’s all. Like a Richard Ashcroft album. I recall in a French new wave film a male character said of a beautiful woman, ‘She normal, and that’s rare.’ I want to find that person.”

It’s Official: The More Tom Cruise Runs, the Better His Movies Are
Bed Bugs Are Now on Airplanes: Here’s How You Can Spot Them
These Misbehaving Goats Have to Wear Pool Noodles on Their Horns for Everyone’s Safety
5+ Cool Facts About Inventor Nikola Tesla
14 Photos That Capture The Suckage That Is Summer Parenting
15 Times Tumblr Gave Steve from ‘Stranger Things’ the Love He Deserves
We use cookies to offer you a better experience, analyze traffic, personalize content, and serve ads. Learn more