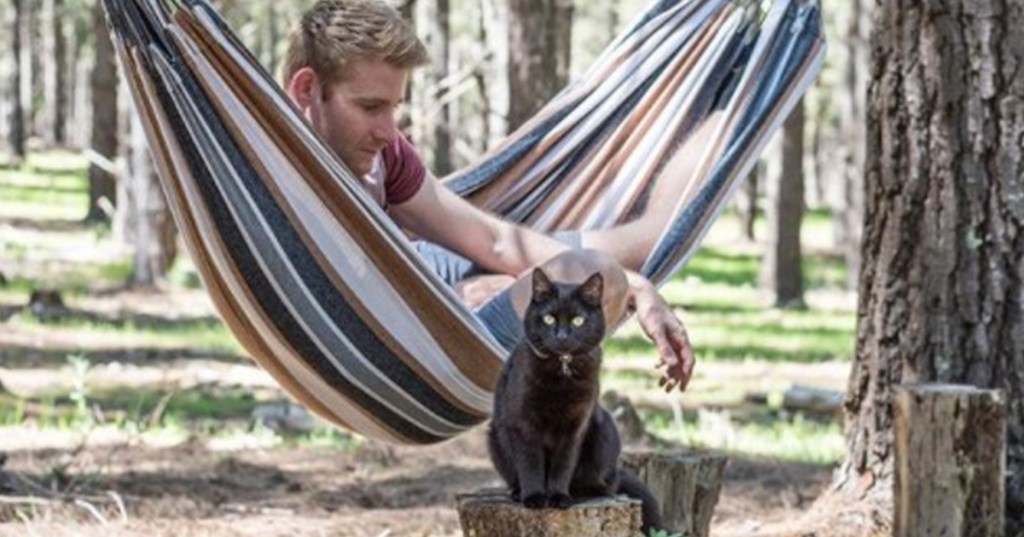 This Guy Quit His Job And Now Travels With HIs Cat

Haven’t all of us wanted to quit our jobs, pick up stakes and travel the world? Like, when it’s late afternoon, and we still have to come up with an intro for an article that has to go live in a few minutes, and THE DAMN WORDS JUST WON’T COOPERATE? (Too specific?)

Rather than just daydream about leaving our workaday troubles behind, Richard East actually did it–and he brought his rescue cat Willow along for the ride.

Back in 2006, East was hired for a well-paying corporate job. But over the next ten years, as he climbed the career ladder and settled into a comfortable life, he felt like he was missing out on what life has to offer. So, he decided to buy a Volkswagen camper van and explore his home country of Australia, with Willow in tow.

~ That time we travelled along the 90 Mile Straight on our way into South Australia. The sides of the road were littered with car wrecks that didn’t quite make the journey. After long days driving we camped at some beautiful places over the Great Australian Bight.

Since then, he’s been documenting their adventures on his Instagram, Vancatmeow, racking up over 67 thousand followers with posts like this:

Originally, Willow belonged to East’s ex-girlfriend, but after they broke up, it was more feasible for Willow to live with him. Later, when East got the idea to road trip around the country indefinitely, leaving Willow behind was unthinkable. Their bond has grown so strong, East now feels Willow rescued him, and not the other way around.

The Tasmania native and his little black cat have visited all ten Aussie states, exploring the country’s vastly different landscapes. Along the way, they’ve figured out a routine that works for both of them. When they’re not roaming together, East says, he and Willow have an “unspoken agreement” that she’ll find her way back to the camper. And just in case she does get lost, East can locate her with her tracking collar.

Otherwise, Willow lives pretty much like any other cat. She “loves to nap on the roof under the solar panel,” he told UniLAD, “Whereas in winter, she’ll sleep under my blankets all day.”

?!Breaking News!?After a 10 hour nap at the back of the van, Willow has made the arduous journey to the front of the van to watch the last of the sunset. How long she will spend there who knows but I suspect she might let me know it’s dinner time pretty soon ?❤️

The pair have traveled tens of thousands of kilometers around Australia, but they have no plans of stopping any time soon–because they don’t really have any idea where they’re going. And that’s just how they like it. “We’ve settled so well into this new life, any need to get from A to B is now impertinent,” he wrote on his Instagram. “In previous years I would often wake up wondering where I should be, but lately I realise I’m already there.”

~ The house is a mess but the backyard is looking good. If it’s all too much, it might be time to step outside. When we arrive at camp Willow is quick to get out and have an explore. She will survey her new backyard for 10 minutes or so then it’s time for another nap. When I put the lounges out she is always quick to grab the good one, and I always make sure I have the camera ready to go!

Being a full-time nomad might not be for everyone, but…

…you know what? I’m not even gonna finish this article. I’m buying a ferret and roadtripping alomthe Silk Road.