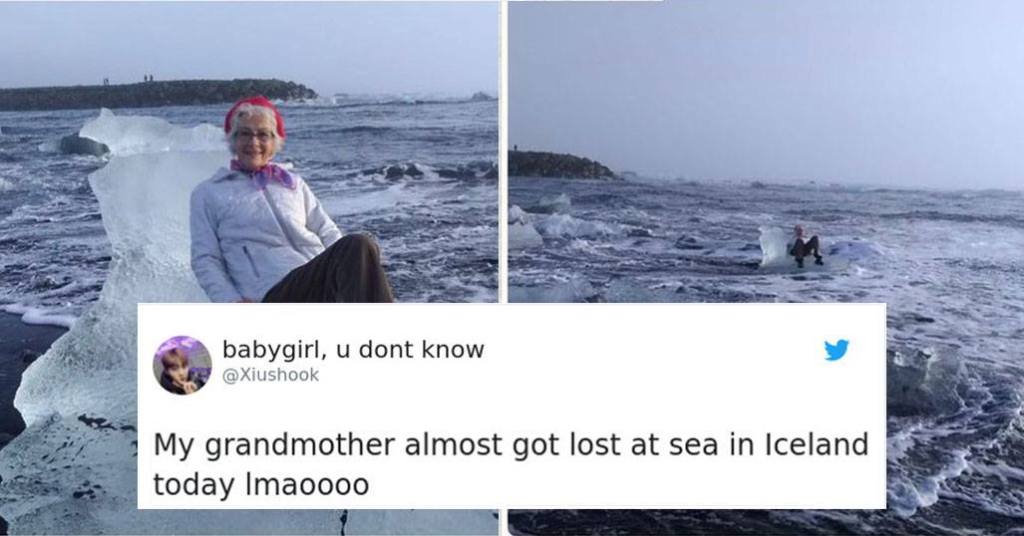 Taking photos is an integral part of any vacation. A vacation photo is both a way to preserve memories of you trip and an inexpensive souvenir. But just like with any other photos, it’s important to be aware of your surroundings when taking vacation photos. Otherwise you might end up like this grandmother, who recently got lost at sea while taking a photo with an iceberg.

Judith Streng is a 77-year-old grandma from Texas, and recently she was traveling with her son, Rod. Although neither of them enjoy cold weather, a trip to Iceland was too good an opportunity to pass up. While visiting Jökulsárlón Lagoon, a glacial lagoon in the southeastern part of the country, Judith saw an iceberg on the beach that looked a bit like a lounge chair. This, she decided, would make for a perfect vacation photo. She sat on the iceberg and posed for her son.

“It was shaped like an easy place to sit. You can tell by looking at the shape of it, and I thought well it looks like fun,” Judith Streng told ABC News.

Describing the throne-shaped iceberg, Judith said, “You know, I always wanted to be a queen. I mean, come on, that was my chance.” 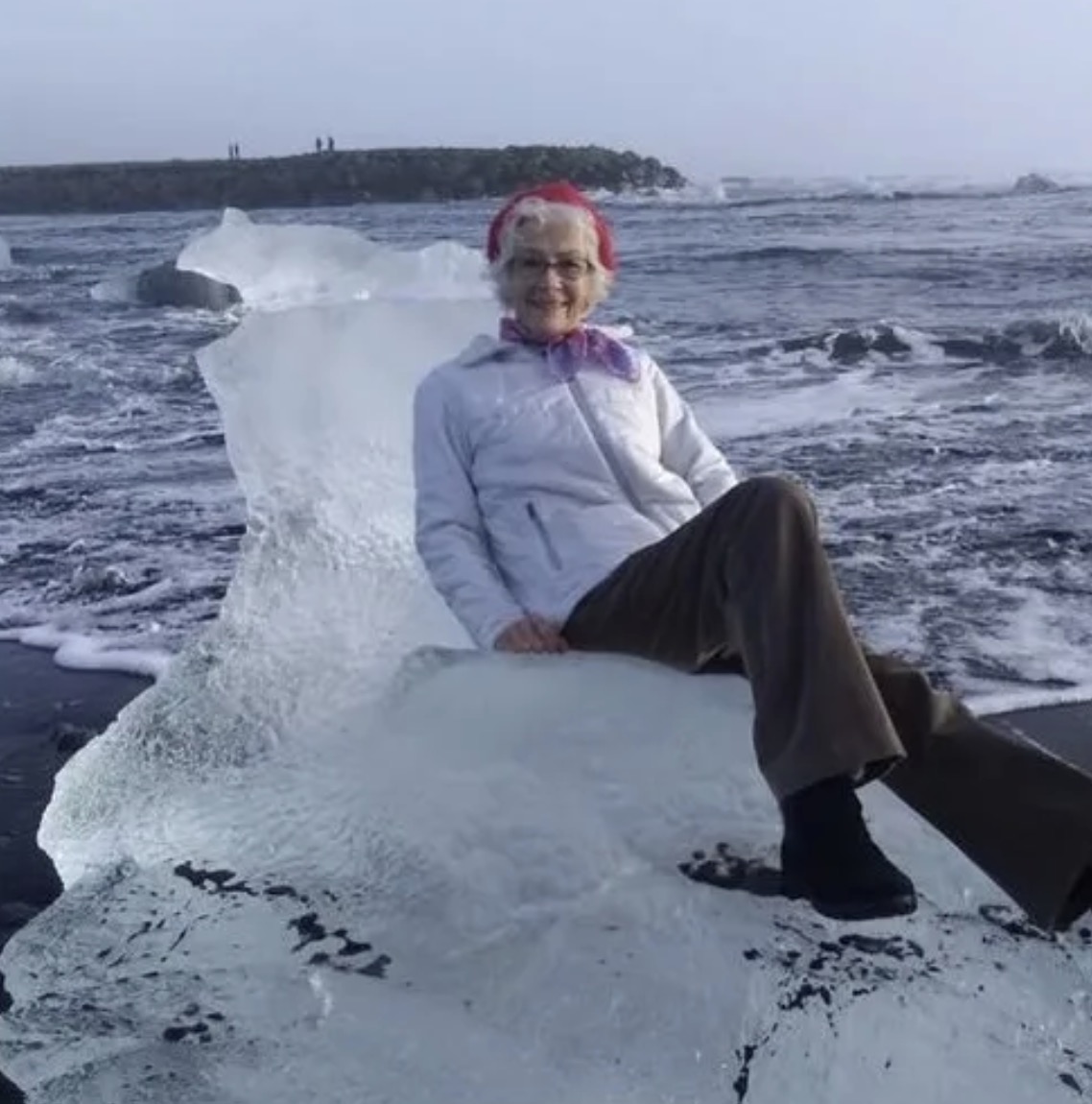 But then, a single wave pulled the iceberg out to sea, with Judith still seated on it. 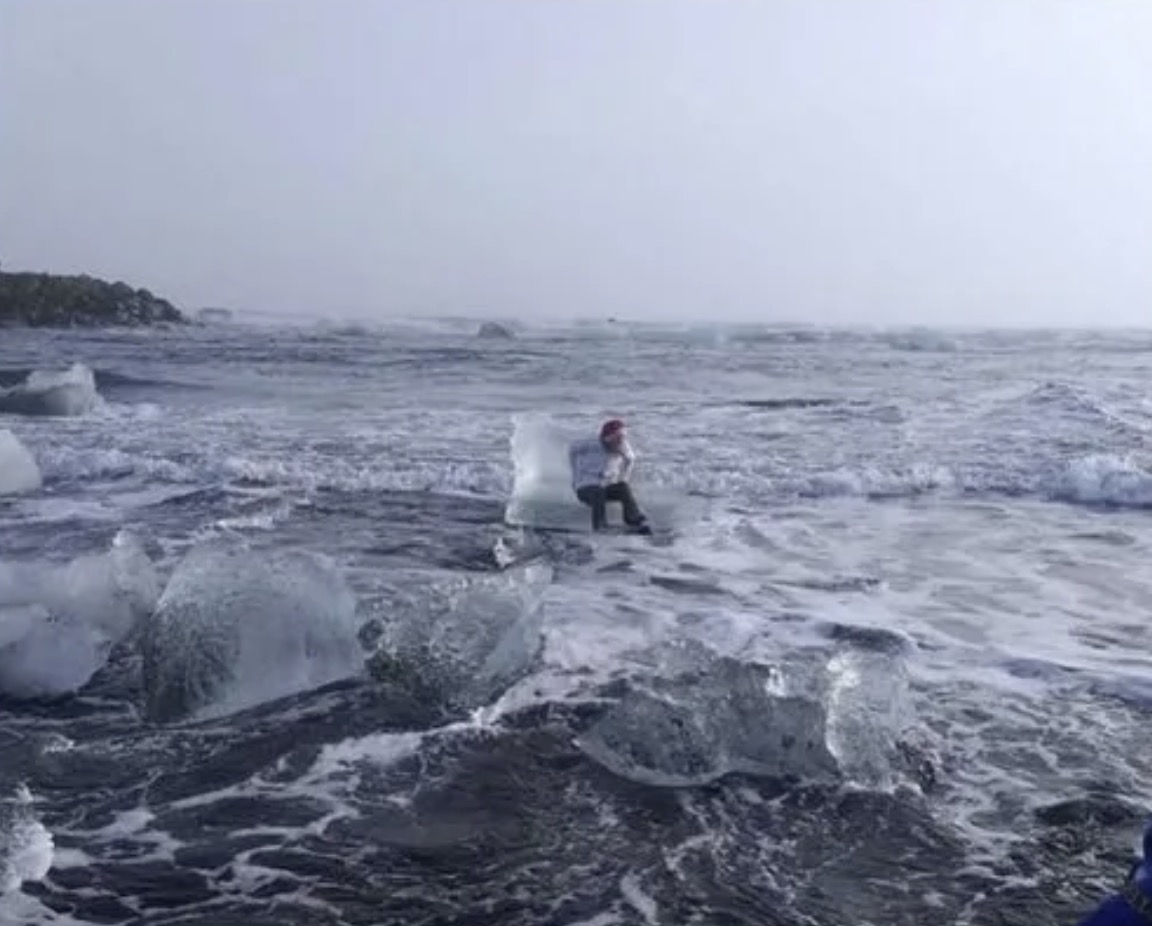 Judith’s granddaughter Catherine is a 24-year-old English teacher working in South Korea. She received a series of photos and texts from her father Rod about the incident. An English teacher, Rod used appropriately florid language to describe the scene:

“She ascended the throne after a wave had pulled back and left it briefly exposed on the beach. Then a wave washed in and dislodged the ice throne, rocking it from side to side. When the wave retreated, it lifted the dislodged throne throne and carried her out with the tide.” 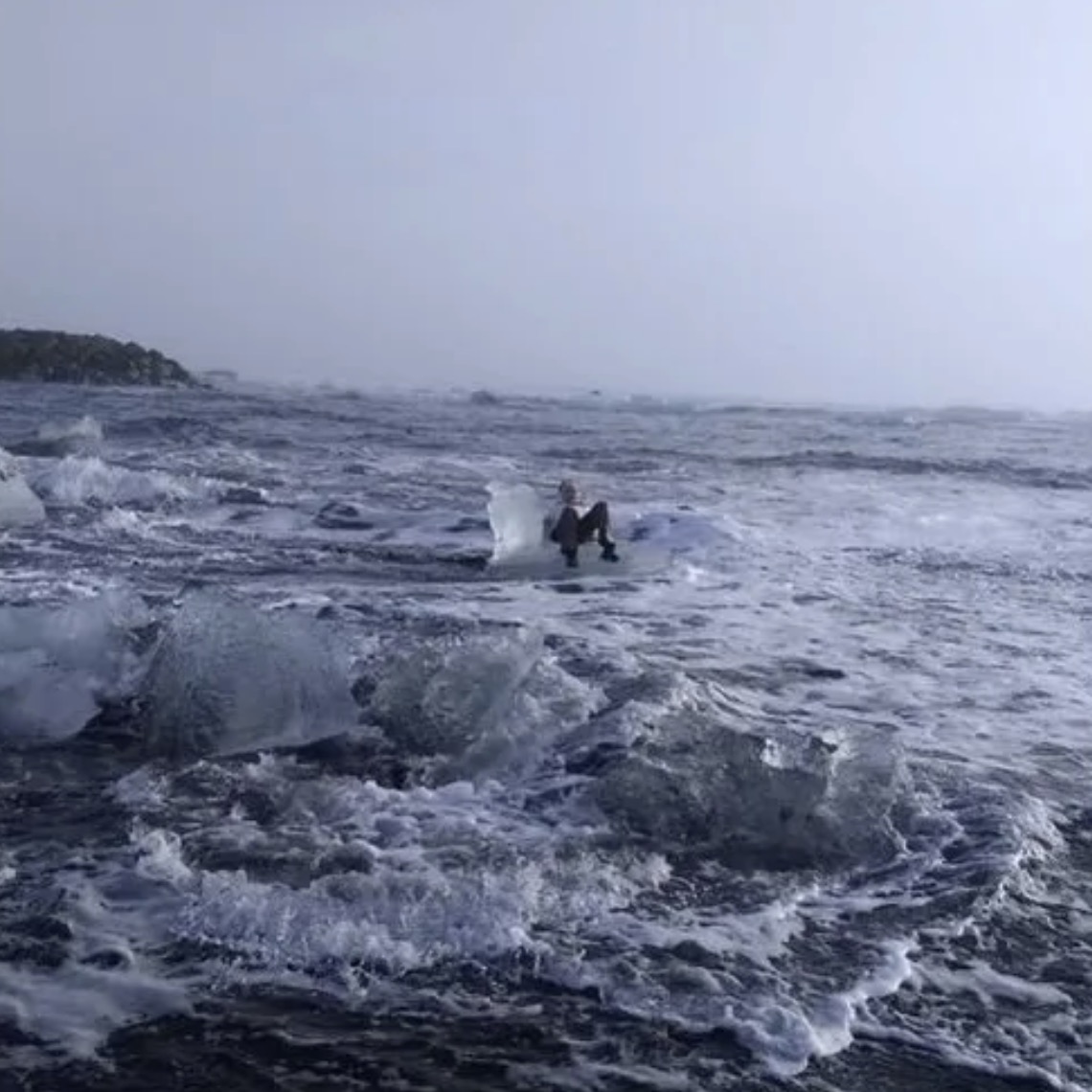 The water had taken Judith out too far and too quickly for Rod to go in after her. Luckily, a licensed boat captain from Florida, Randy Lacount, happened to be passing by. Trained in water rescue, Lacount went into the ocean and retrieved her.

“He just happened to be onshore when the whole thing occurred, so he waded out into the roiling water and pulled her off the iceberg as it drifted out to sea, supporting her until they reached the shore,” Rod told Buzzfeed. 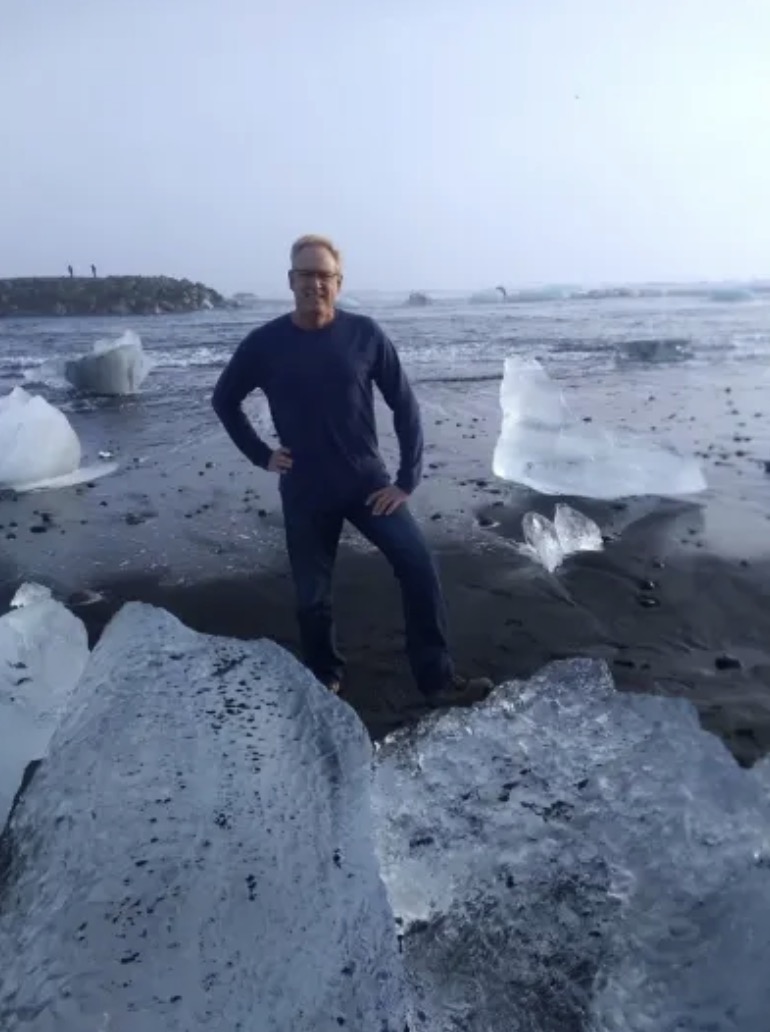 Judith later told reporters that she didn’t think sitting on the iceberg would be dangerous, since she’d already seen other tourists do it. “I thought it was safe,” Streng told ABC. “One girl had been on it and then two girls at the same time, and it was very secure with them. But I don’t weigh very much. So it was a little easier to float off with me, I guess.”

“I guess she got to be the lucky one,” Catherine added.

It’s definitely a dangerous situation, but the fact that Judith was OK made it easy for Catherine to laugh about it. “That’s just so something that would happen to my family,” she said. 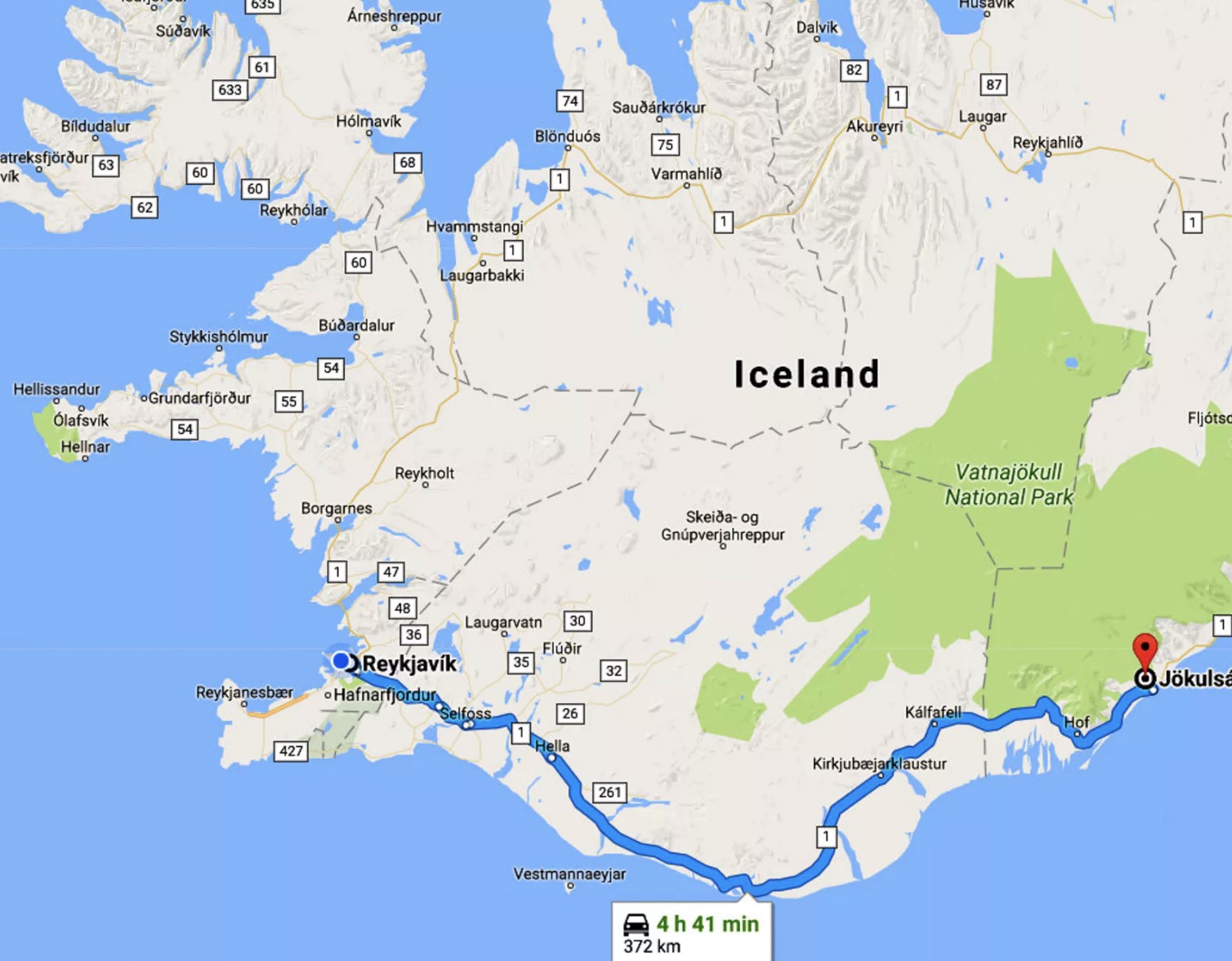 Judith’s impromptu ocean voyage didn’t dampen their spirits. They enjoyed the rest of their vacation and have since returned home to Texas. Catherine shared the story on social media, where it promptly went viral. Judith is enjoying her new celebrity status. “Being so popular is wild,” she said.

People across social media loved Judith’s story. While some said they felt a little awkward about laughing at something so dangerous…

Others admired Judith’s adventurous spirit. Some were even a little jealous. 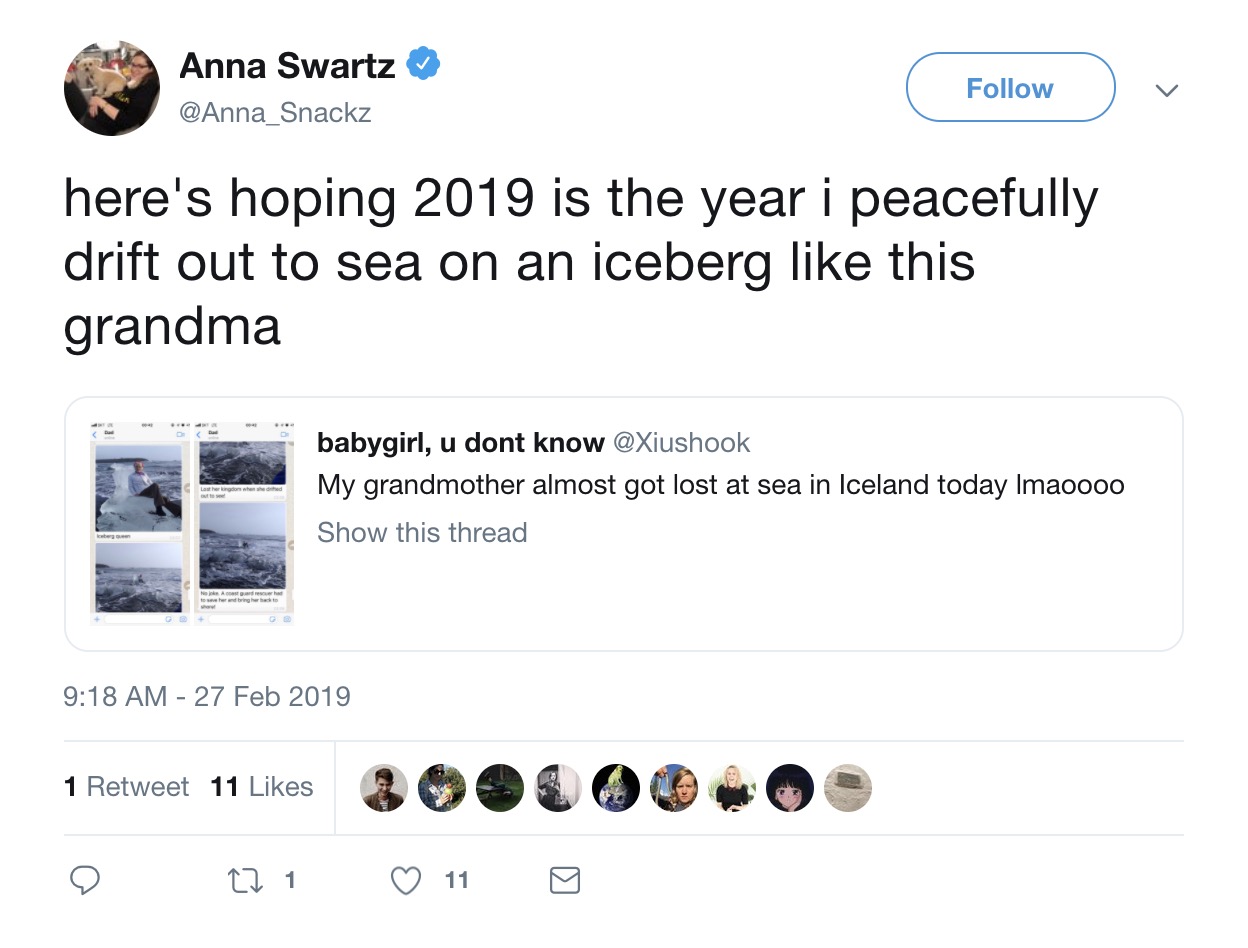 Some questioned Dad’s role in the incident.

You knew someone was going to make a Frozen joke.

But if there’s one lesson we can all take from this, it’s to stay far, far away from icebergs. Under any circumstances. Did you learn nothing from Titanic?