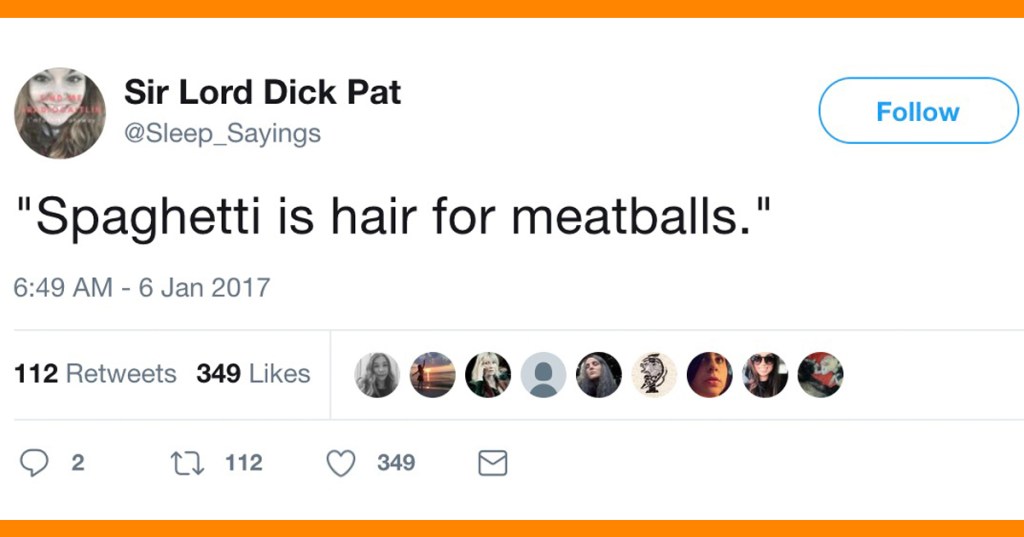 Girlfriend Shares The Crazy Stuff Her Boyfriend Says In His Sleep

Of all the entertainment options out there, like movies, TV shows, and books, one of them doesn’t get the respect it deserves: living with someone who talks in their sleep. If you’ve ever known a sleep talker, you know that every night there’s a chance something weird and wonderful will come out of their mouth. Maybe you’ll overhear a rousing argument they’re having with a rhino. Or maybe they’ll accuse you of stealing the sun and eating it. It could be anything!

One woman whose boyfriend is a champion sleep talker decided to write down the weirdest things he says in his sleep. Since she began sharing them at her Twitter account @Sleep_Sayings, she’s racked up 22,000 followers in the process. It’s easy to see why: the stuff her boyfriend says while zonked out is funnier than what most of us say when fully awake.

Below, you can check out some of his strangest sleepy one-liners. (via Bored Panda) If you’ve lived with a sleep talker, you’ll definitely relate. And if you are a sleep talker, now you know how your partner feels. 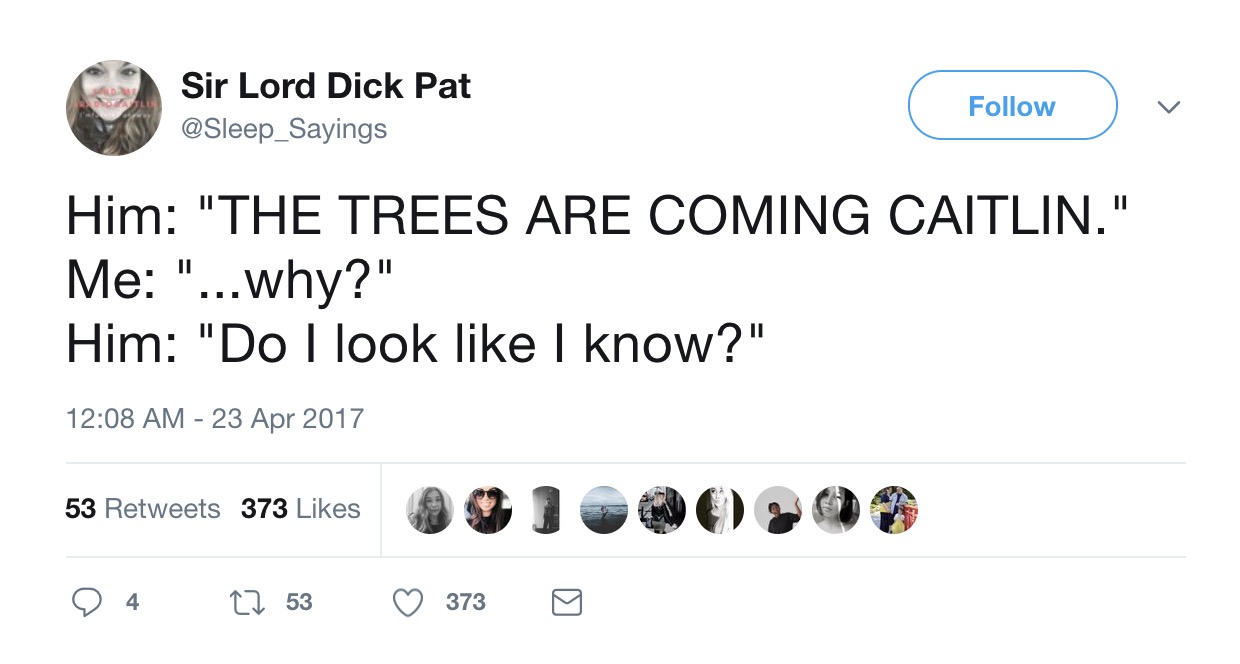 2. The jewel heist is getting off to a rough start. 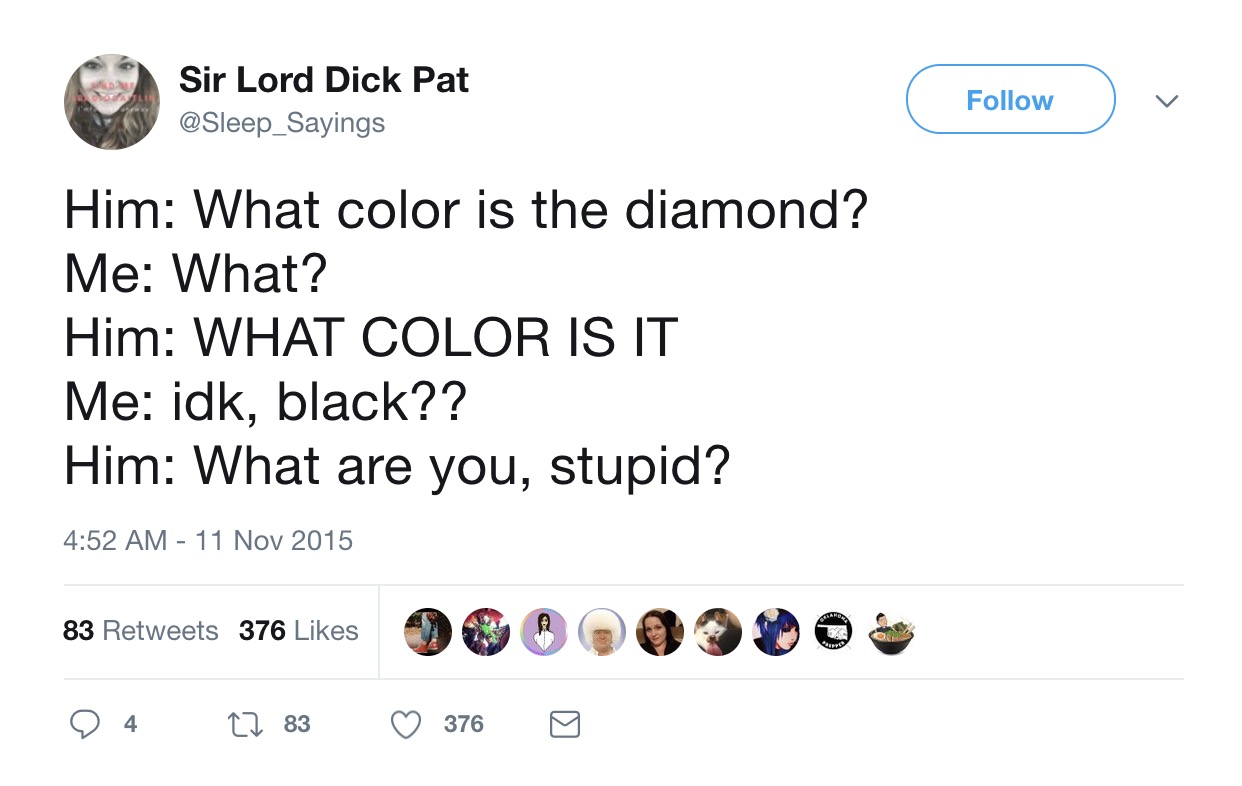 3. If the Bible were written by Quentin Tarantino. 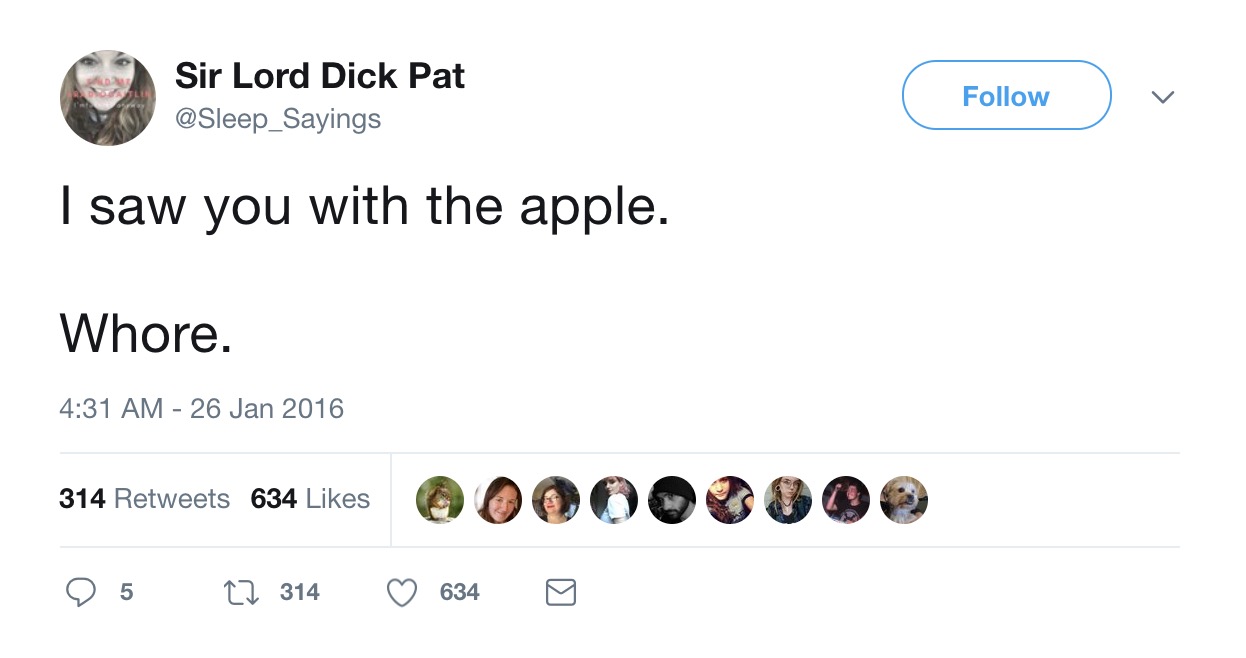 4. A scene from Invasion of the Moth People.

7. We’ve all had some version of this dream.

9. The question was, “Can I eat four Taco Bell gorditas in one sitting?”

11. Samuel L. Jackson should have said this in Jurassic Park.

13. Every time Underdog goes to the vet.

14. This is why Subway sandwich artists have trouble dating. 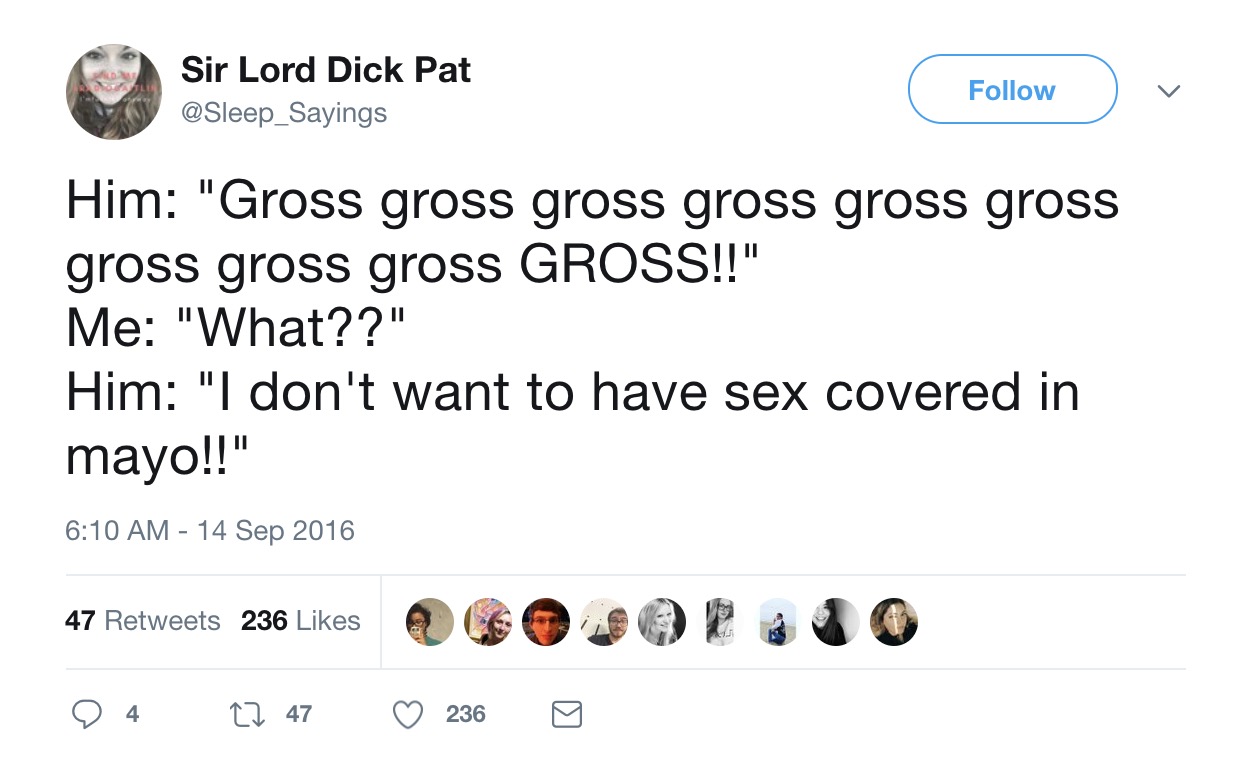 15. If you live your life by a code, you can do a lot worse than this.