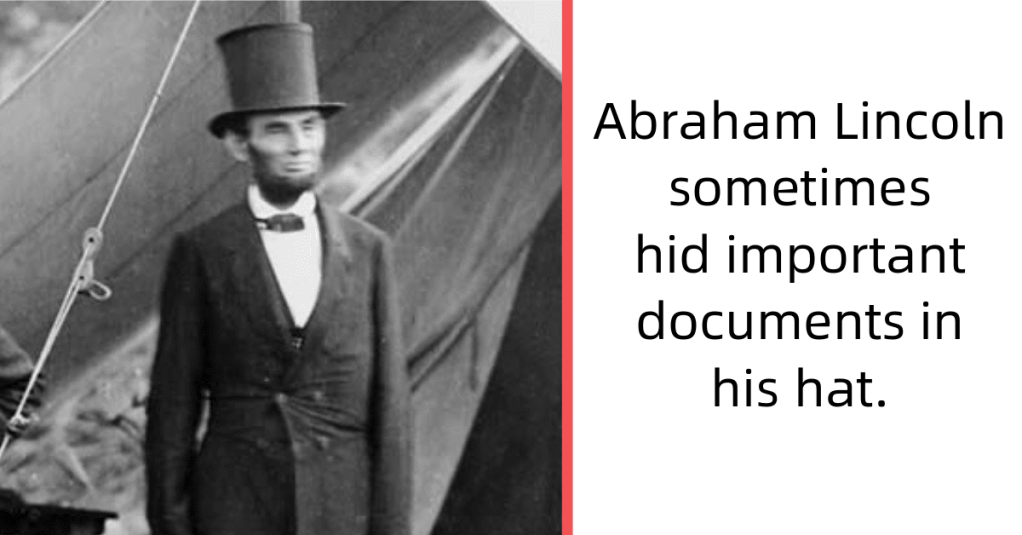 Get a History Lesson From the “Weird History” Social Media Account

Do you like your history with a side of weirdness?

So we got that going for us…

Enjoy these posts from the “Weird History” Twitter page. We think you’re gonna love them!

And neither did I!

When iron ships first appeared, they often generated such intense magnetic fields that their compasses failed to function properly. pic.twitter.com/LUuE7Okx2t

They can’t seem to find it anywhere…

Henry IV of France was assassinated in 1610, but after the French Revolution his head went missing. Claimed heads have circulated since. pic.twitter.com/QQRMvV2ccY

3. Imagine what kind of terror this would have spread…

It’s scary to think about.

During WWII, the US designed a bomb made of bats, which would spread out through a city and then explode. pic.twitter.com/7sYLlKoFso

4. I wonder what this lawsuit was all about.

Probably had something to do with a parking space.

5. This needs to make a comeback!

It’s all about body positivity, right?

The ancient Greeks considered unibrows the paramount of beauty. pic.twitter.com/RqpkkTCsok

6. I don’t think we need to use those anymore.

And I kind of feel bad for them…

War elephants were used in battle by the Thai army as late as 1885. pic.twitter.com/iFdqFOMqBy

The world works in mysterious ways.

At the start of WW1, Germany's merchant marine was insured by Lloyd's (British), even against act of war. #Awkward pic.twitter.com/Zc2FEtasnH

8. They had to stay warm and they wanted to be colorful.

During WW2, the US lend-leased thousands of pairs of pajamas. In Russia (colorful clothes being rare), they were often worn during the day. pic.twitter.com/dQ9a2bzRbq

9. They sure were clever, huh?

Ancient Rome invented a type of concrete that has allowed their buildings to withstand the test of time. pic.twitter.com/CadMupxv25

I hope he kept an eye on that thing when he took it off.

Ben’s at it again!

Benjamin Franklin wasn't trusted to write the Declaration of Independence because it was feared he'd sneak jokes into it. pic.twitter.com/WaU2JFiEfb

But why did a kid’s book have recipes for making booze? Very curious…

The first known illustrated children's book was from Ancient Rome. It included recipes for wine making and beer brewing. pic.twitter.com/tgdoFsgJOy

Have you seen any cool social media sites you think we should take a look at?

We like comedy, history, sports, pretty much everything out there!

If so, share them with us in the comments.