A gender reveal party is fraught with expectations. Most parents-to-be are overjoyed to learn their baby’s gender, (while others aren’t so much). But whatever father-to-be Dennis Dickey was expecting on the day of his gender reveal party, he couldn’t have been happy with the outcome–because it’s costing him over 200 grand.

On April 23, 2017, the 37-year-old border patrol agent had gathered family and friends at Arizona’s Coronado National Forest, near Green Valley, to reveal his baby’s gender. The plan straightforward: Dickey set up a target filled with either blue or pink powder. The target also contained Tannerite, a powerful, legal explosive substance often used for gender reveal parties. In front of everyone, Dickey would then fire a rifle at the target, and the resulting explosion would send colorful powder into the air.

This is how a target-shooting gender reveal for a boy is supposed to look:

But that’s not how it went for Dickey. It was a dry and windy April day, and the reveal was happening near a field of brush. When Dickey fired the rifle, sparks from the gunshot landed on the brush and ignited.

This was the beginning of the Sawmill Fire. 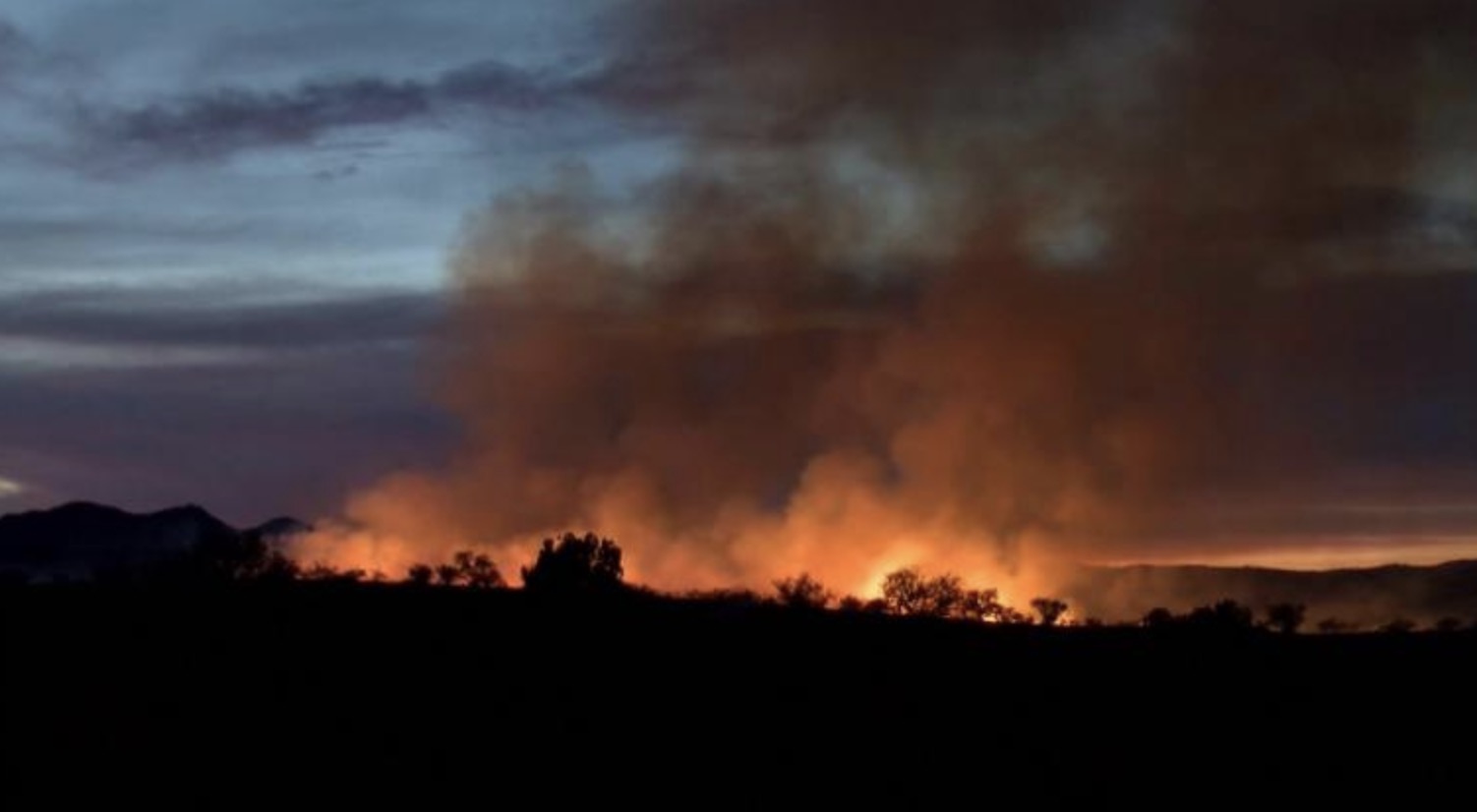 A seriously freaked out Dickey tried to put out the flames, to no avail. Forest Service Special Agent Brent Robinson would later testify that the moment the fire started, Dickey “Immediately reported the fire to law enforcement, cooperated, and admitted that he started the fire.”

But the fire couldn’t be stopped, not right away. Aided by wildfire-friendly dry conditions and 40mph winds, the wildfire quickly spread across the Santa Rita mountains, torching land owned by the state, the Forest Service, the Bureau of Land Management, and several private landowners. 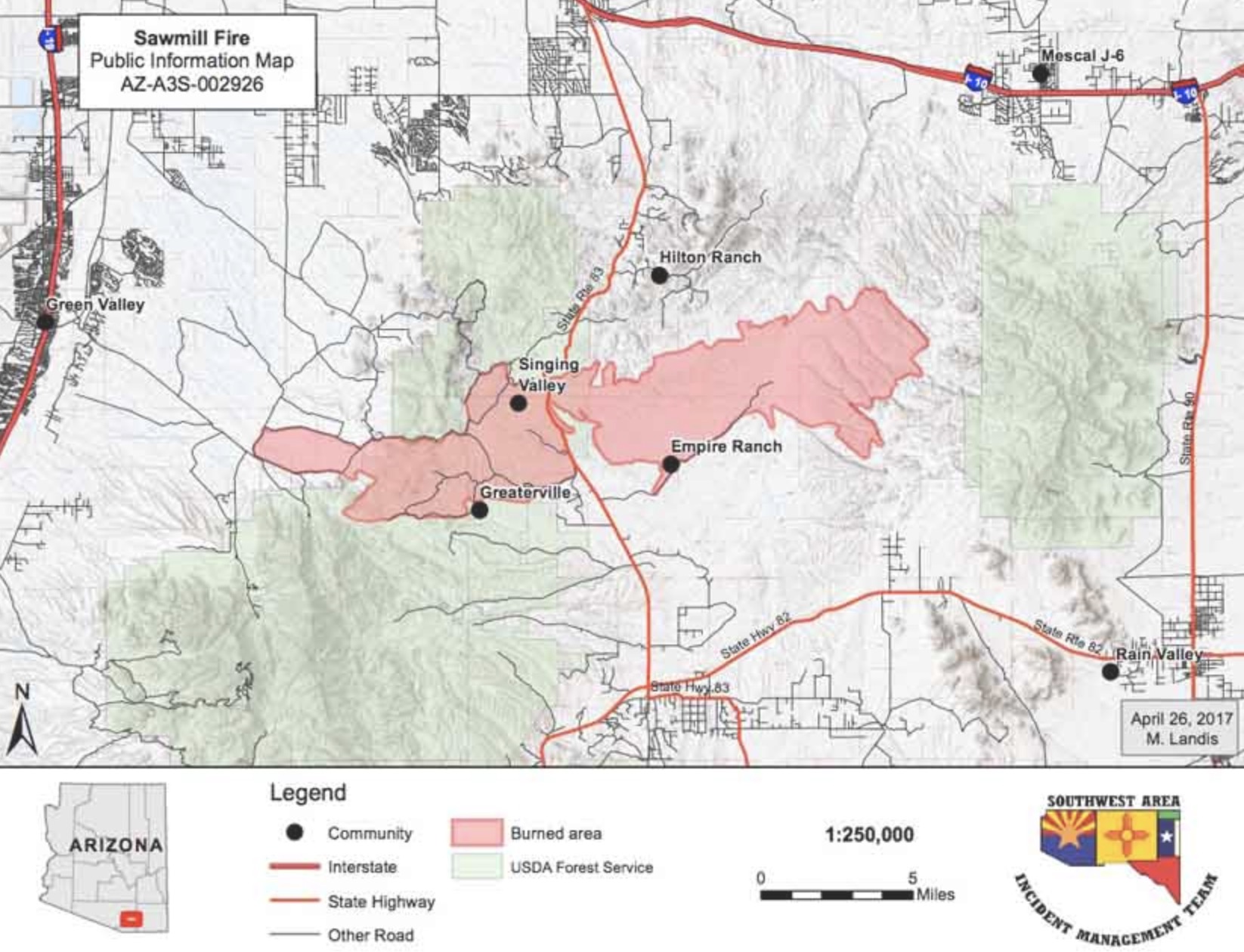 The fire would end up scorching 47,000 acres of Arizona grassland. Luckily nobody was hurt in the blaze, but several homeowners in the fire’s path were forced to evacuate. It took 800 firefighters two weeks to extinguish the Sawmill Fire, and the efforts cost about $8.2 million.

Which makes this pretty much the most expensive gender reveal party of all time. 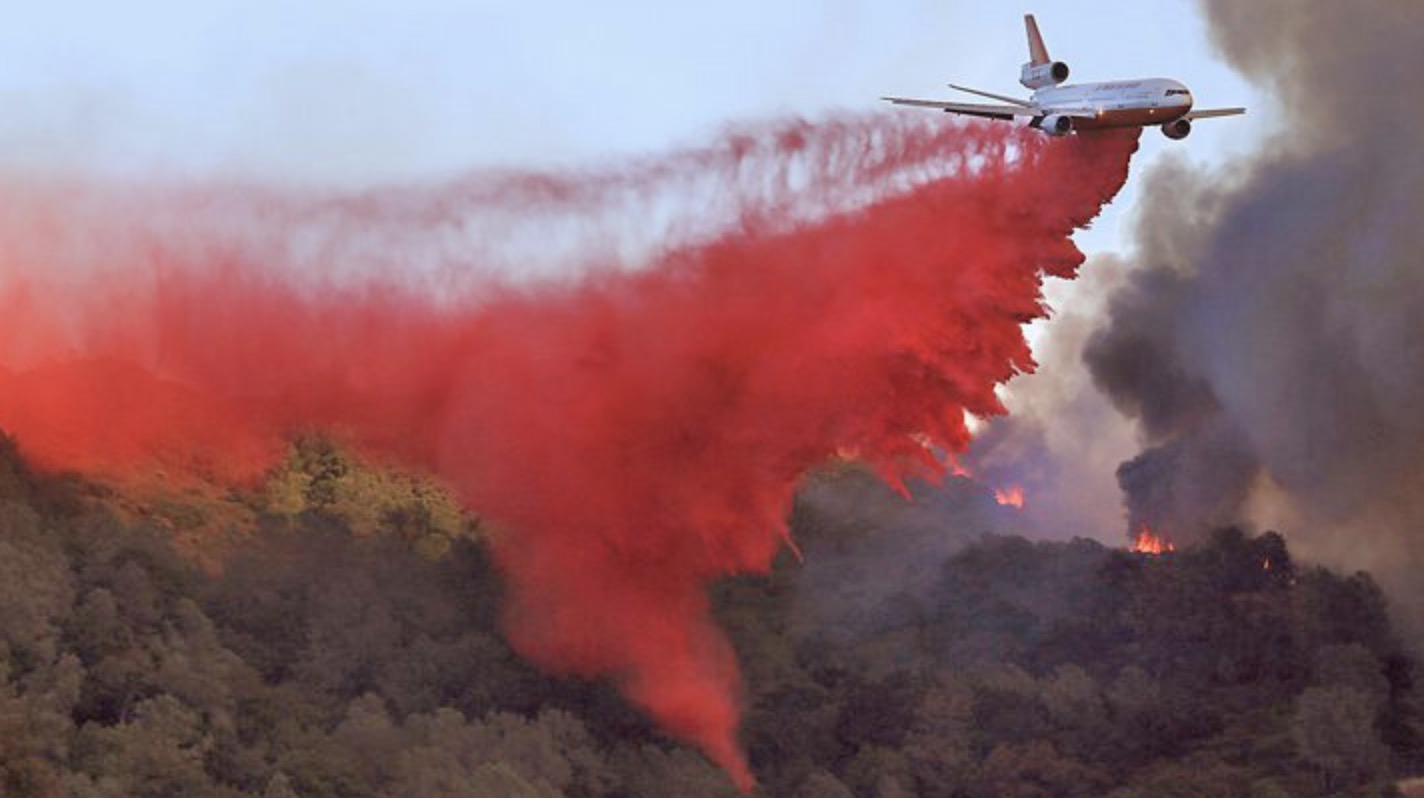 Luckily for Dickey, (if you can call any of this luck), he won’t have to pay the entire $8.2 million, at least not right away. This past Friday, Dickey pled guilty to a misdemeanor of starting a fire without a permit. As punishment, Dickey will have to pay $220,000 in restitution–$100k at once, and the rest in $500 monthly installments for 20 years. After the 20 years are up, the Green Valley News reported that a judge will then decide whether to fine Dickey the remaining amount.

Dickey was also sentenced to five years’ probation, and he’ll have to participate in a public service announcement about fire safety. In the meantime, he will probably get to keep his border patrol agent job. 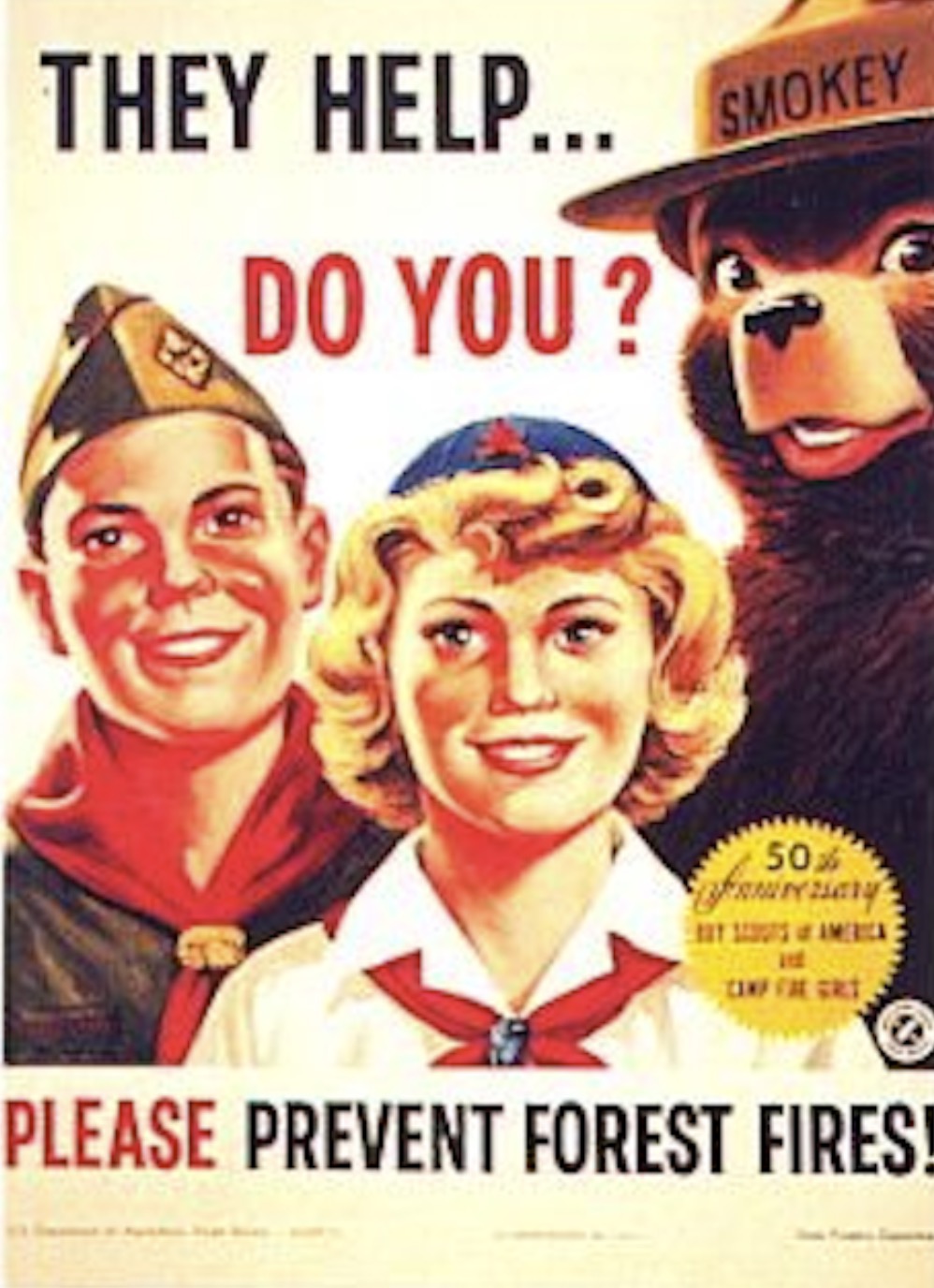 Dickey showed remorse in his recent court appearance. “It was a complete accident,” he said. “I feel absolutely horrible about it. It was probably one of the worst days of my life.”

The gender of Dickey’s baby was not shared with the press.

The story has gone viral, spreading across the Internet like…well, you know. Most people on social media are unimpressed with Dickey, just like you probably are.

Others were shocked by Dickey’s carelessness. Especially the people who live in wildfire zones. (As someone who lives in California, I can tell you that fire safety warnings are EVERYWHERE. They’re pretty hard to miss. And for good reason. ) 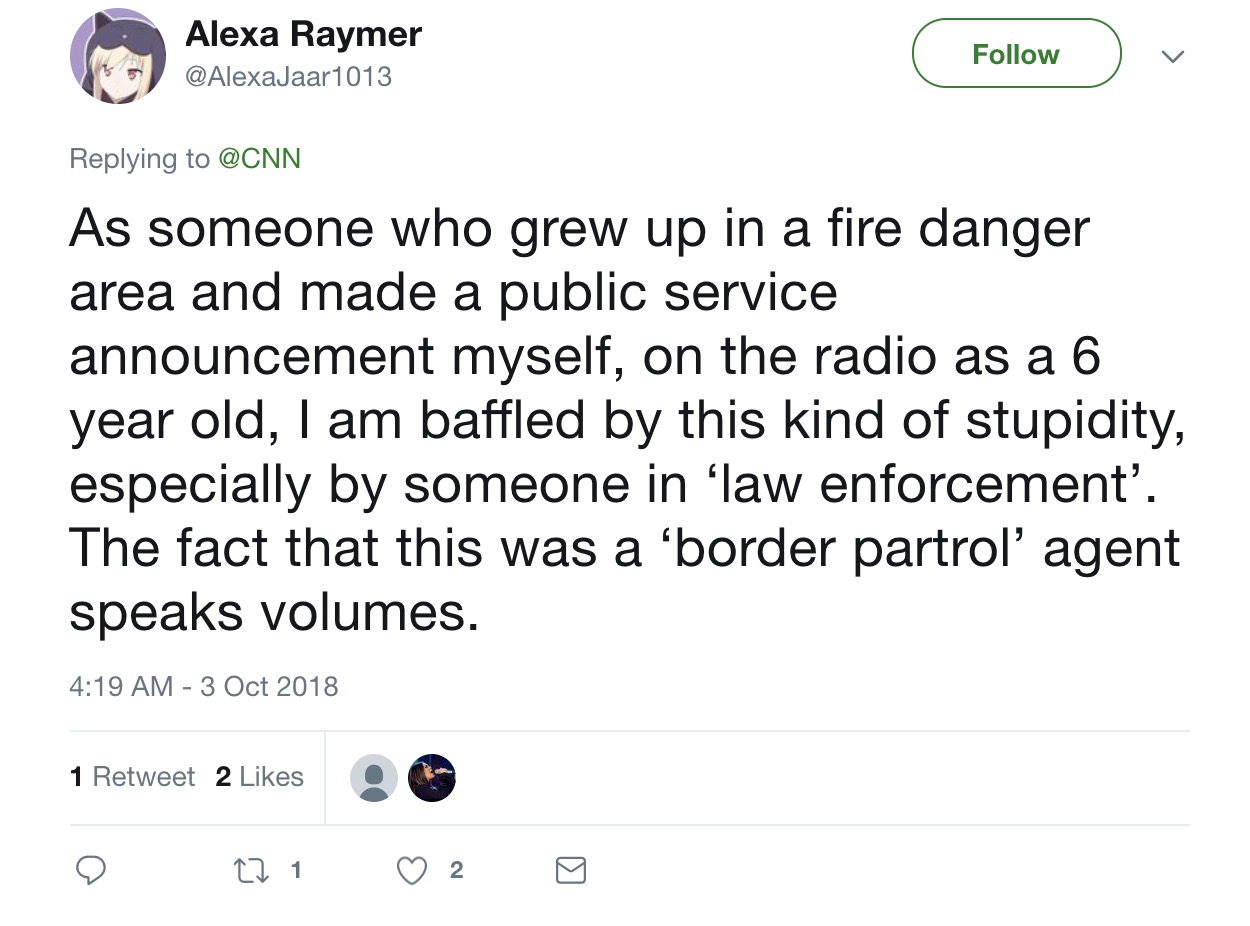 Some folks were sympathetic–if not for Dickey himself, then for the newborn child whose parents are suddenly in a bunch more debt. 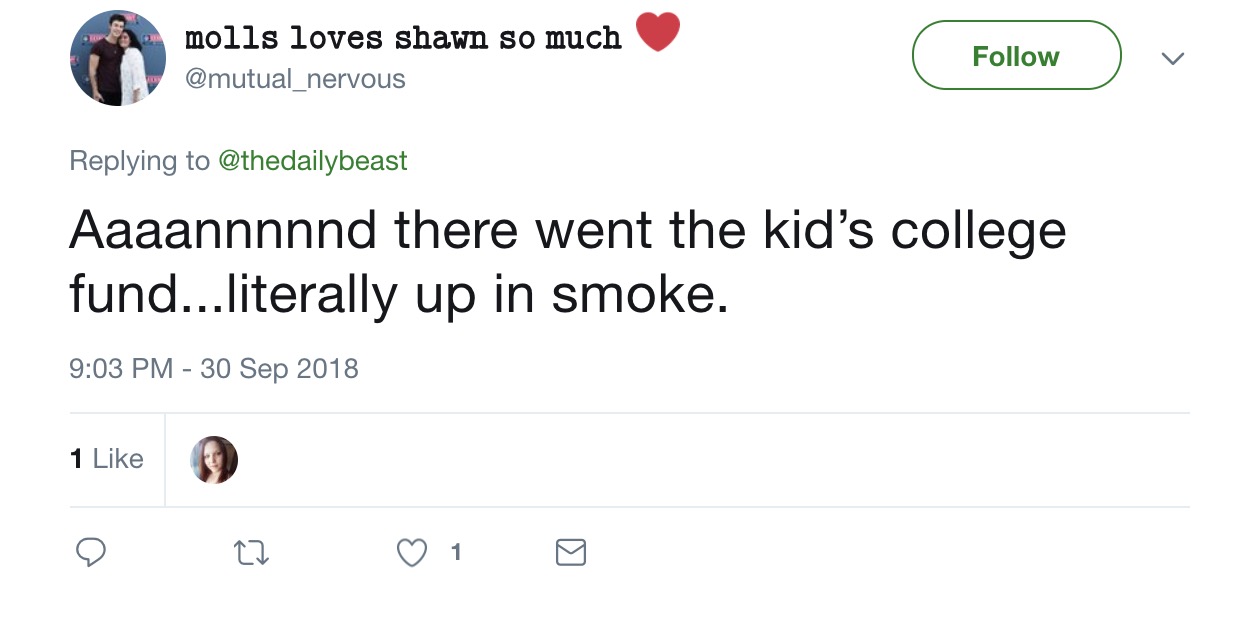 Hopefull Dickey has learned his lesson about parties and fire safety, but if not, I have a word of advice. The next time your kid has a birthday party, go easy on the candles.