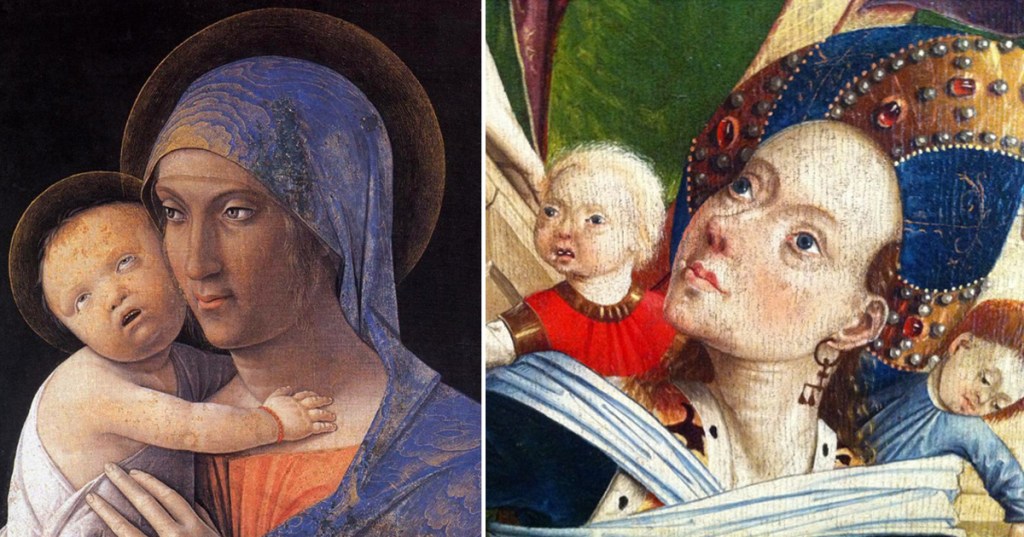 The Fugliest Babies Of Renaissance Art

If you’ve ever visited a museum like the Uffizi Gallery in Florence, or even if you’ve just taken an art history course, you might have noticed something odd about the babies in early Renaissance paintings: they all look like tiny old men. If so, you’re not the only one to notice! There’s an entire Tumblr devoted to this very subject, appropriately called Ugly Renaissance Babies.

As far as why early Renaissance artists depicted babies this way, there are two possible reasons. One, artists in those days were’t as interested in realism. Newborn babies aren’t known to be very good at sitting still and posing a certain way for dozens of hours. So, if an artist wanted a baby in their painting, it was easier to shrink a man down to baby size.

The other reason is equally possible, but a lot weirder. In the early days of the Italian Renaissance, i.e. the 14th century, most artwork portrayed religious subjects, and most babies appearing in paintings would have been the baby Jesus. Back then, one of the theories about Jesus’s origin was that he was born a fully developed man, but baby-sized. Told you it was weird!

Whatever the reason, eventually Renaissance artists started to paint cuter babies. But for a while there, if you saw a baby in a painting, chances are it looked like a mini-Ed Asner. 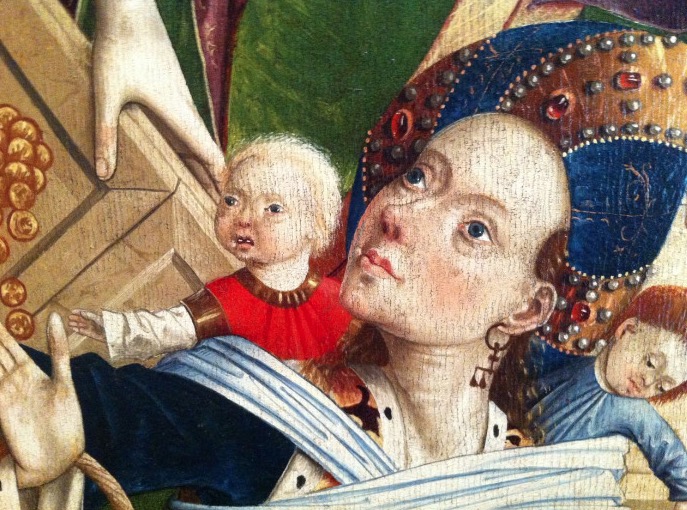 He’s his own grandpa. 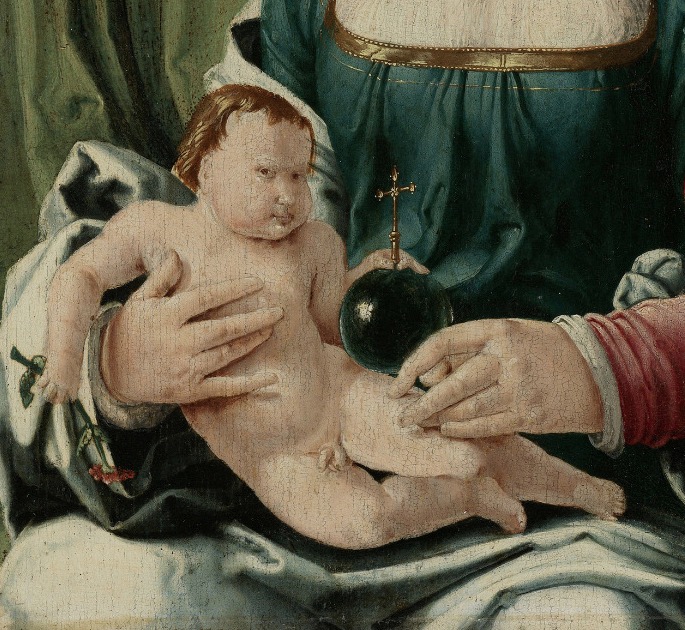 This baby has a mortgage, high blood pressure, and four babies of his own. 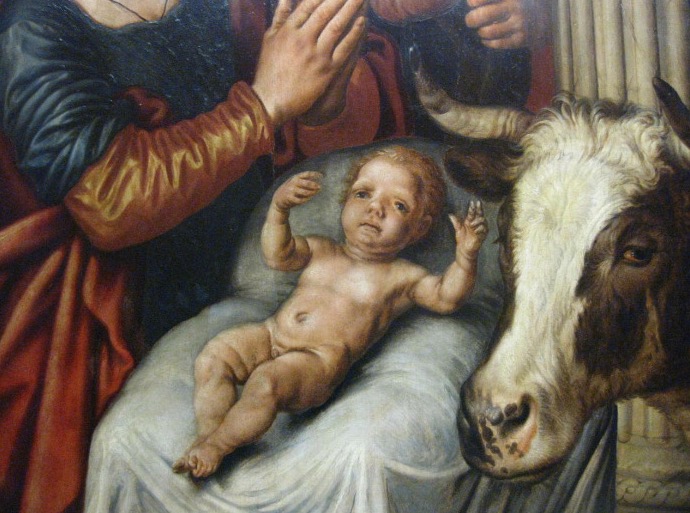 He’s very cranky if he doesn’t get to watch Diagnosis Murder. 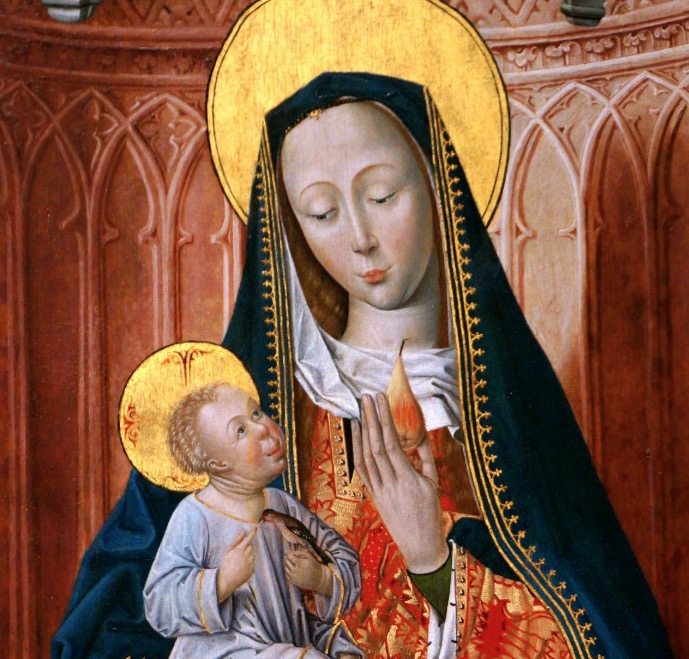 Haven’t seen too many babies with a receding hairline OR crow’s feet. 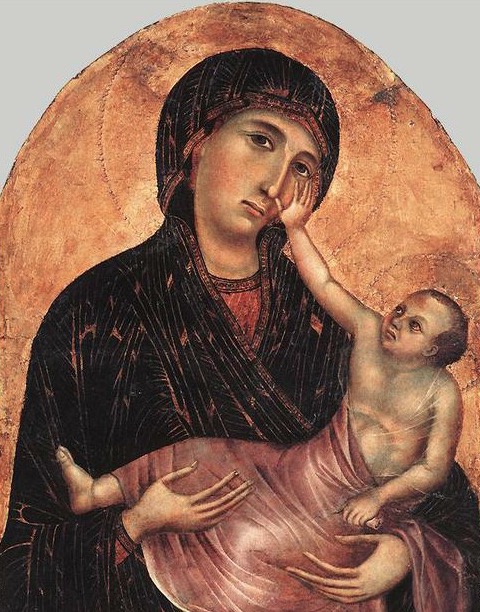 The Virgin Mary was quite the chatterbox. 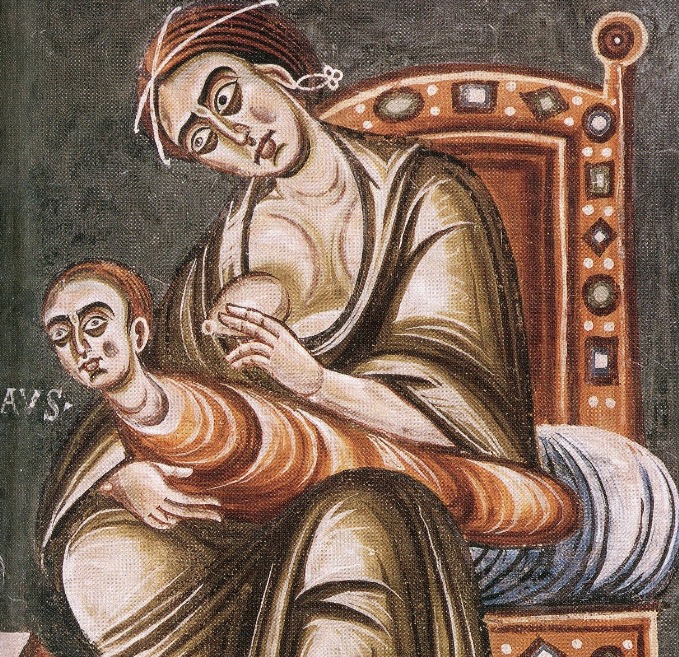 Was there only one face back then? 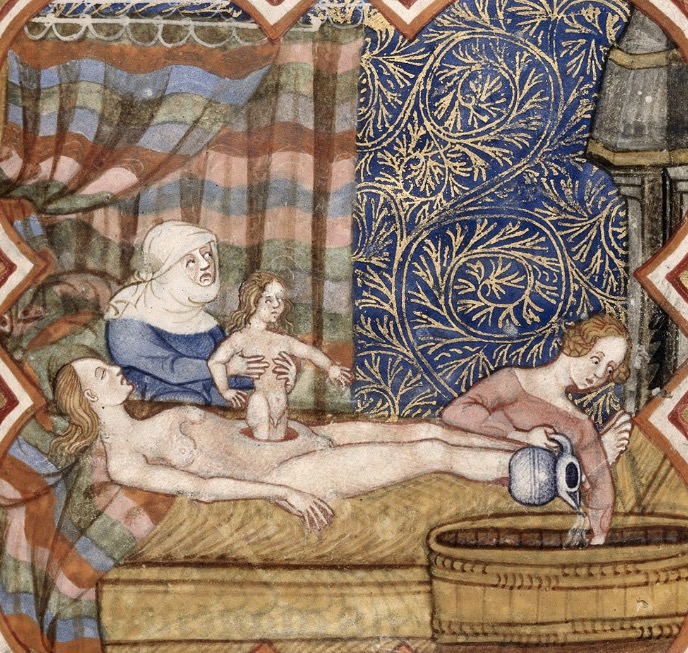 You might think the weirdest thing in this painting is the baby’s long, flowing locks. Or maybe it’s whatever that procedure pretending to be a C-section is. But for me, it’s the midwife rolling her eyes. 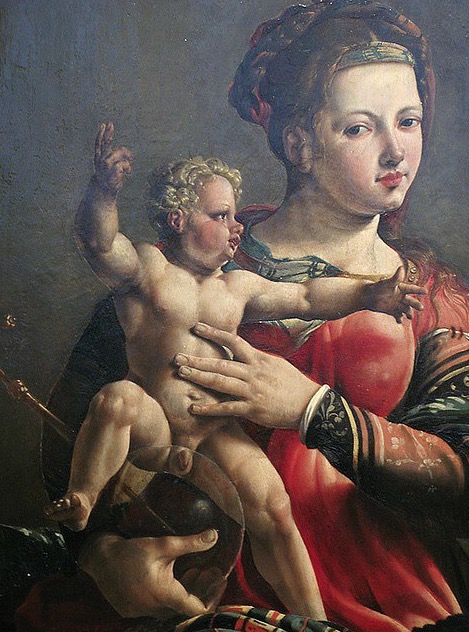 A baby shouldn’t look older than his mother, and he DEFINITELY shouldn’t have a six-pack. 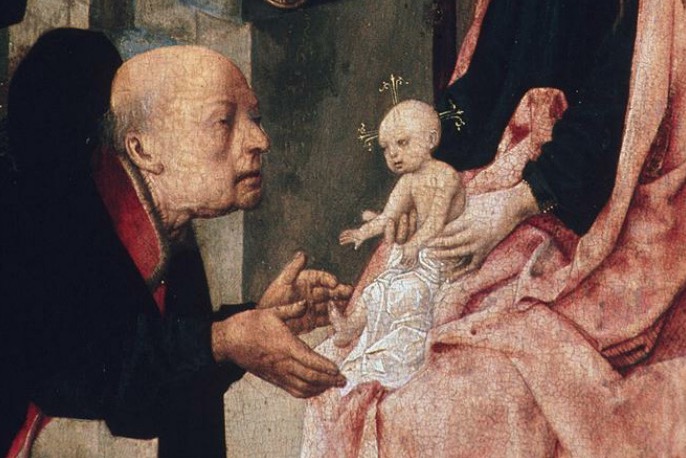 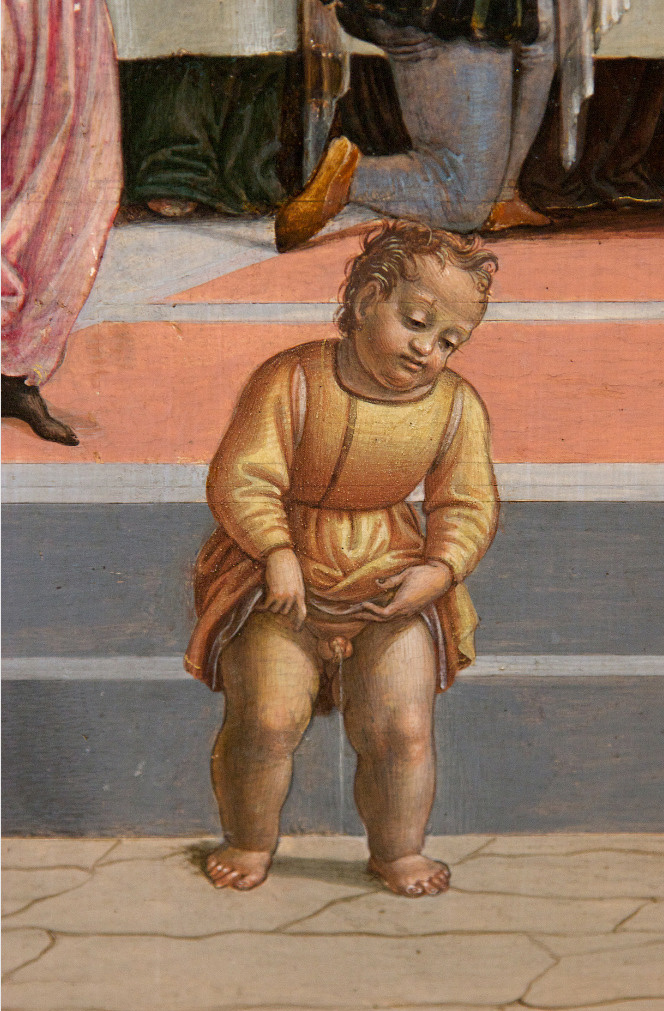 Someone’s been hitting the bottle. 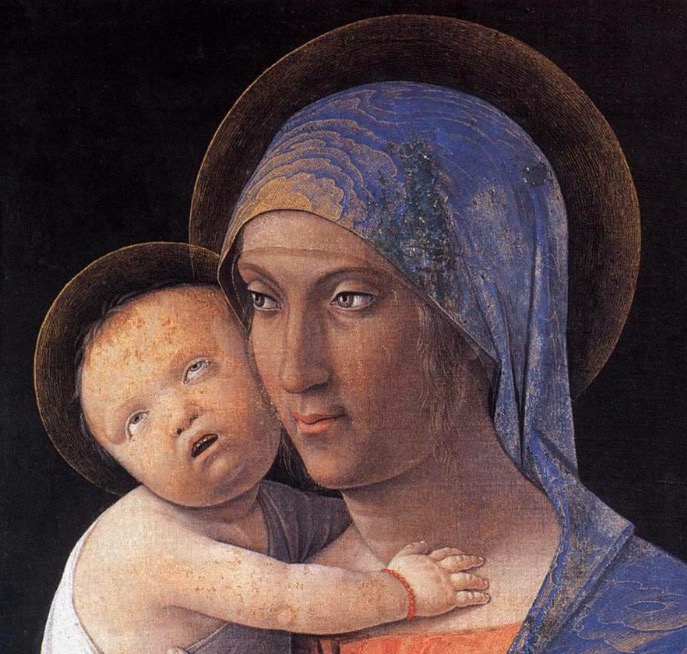 Babies should not be given marijuana under any circumstances. 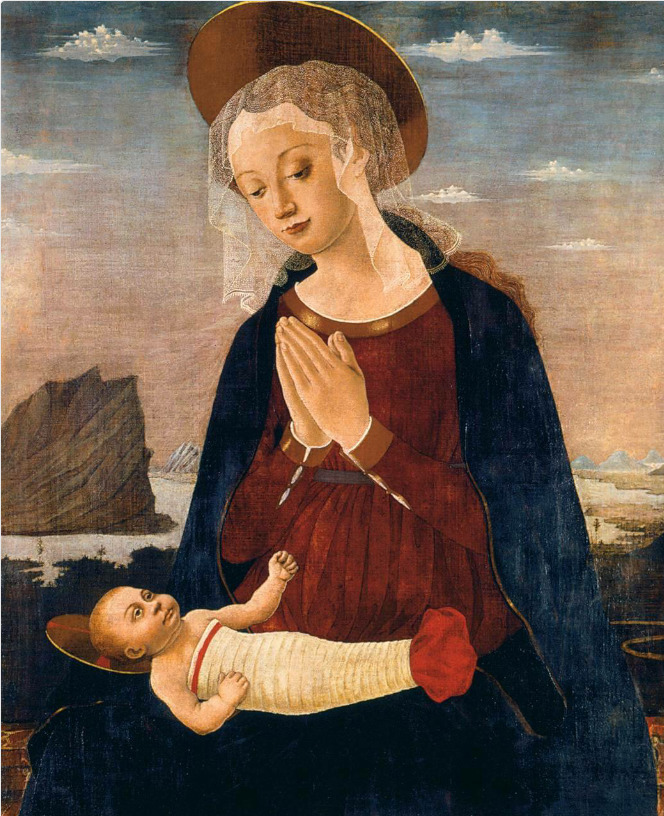 Try swaddling me again and SEE WHAT HAPPENS. 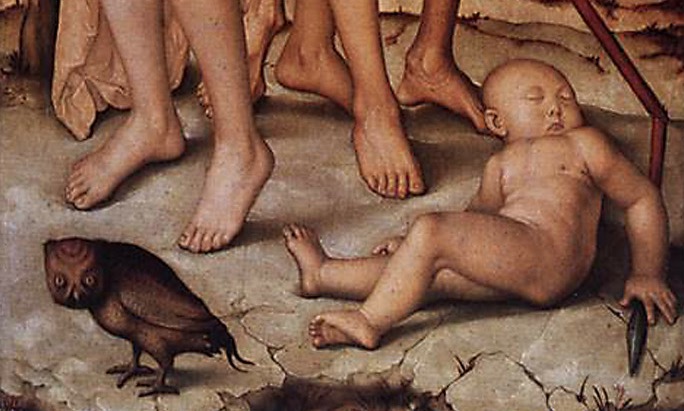 This painting was used to prove that Renaissance people definitely had access to shrooms. 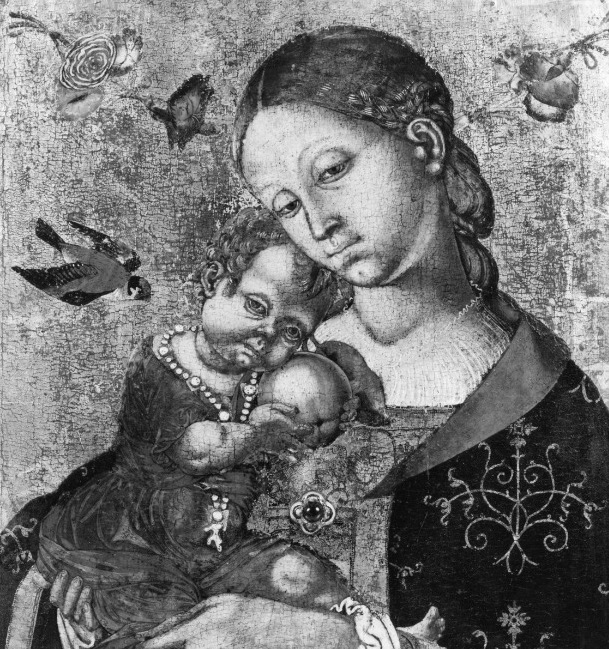 If we swapped out a picture of this baby with Steve Buscemi, would you even notice? 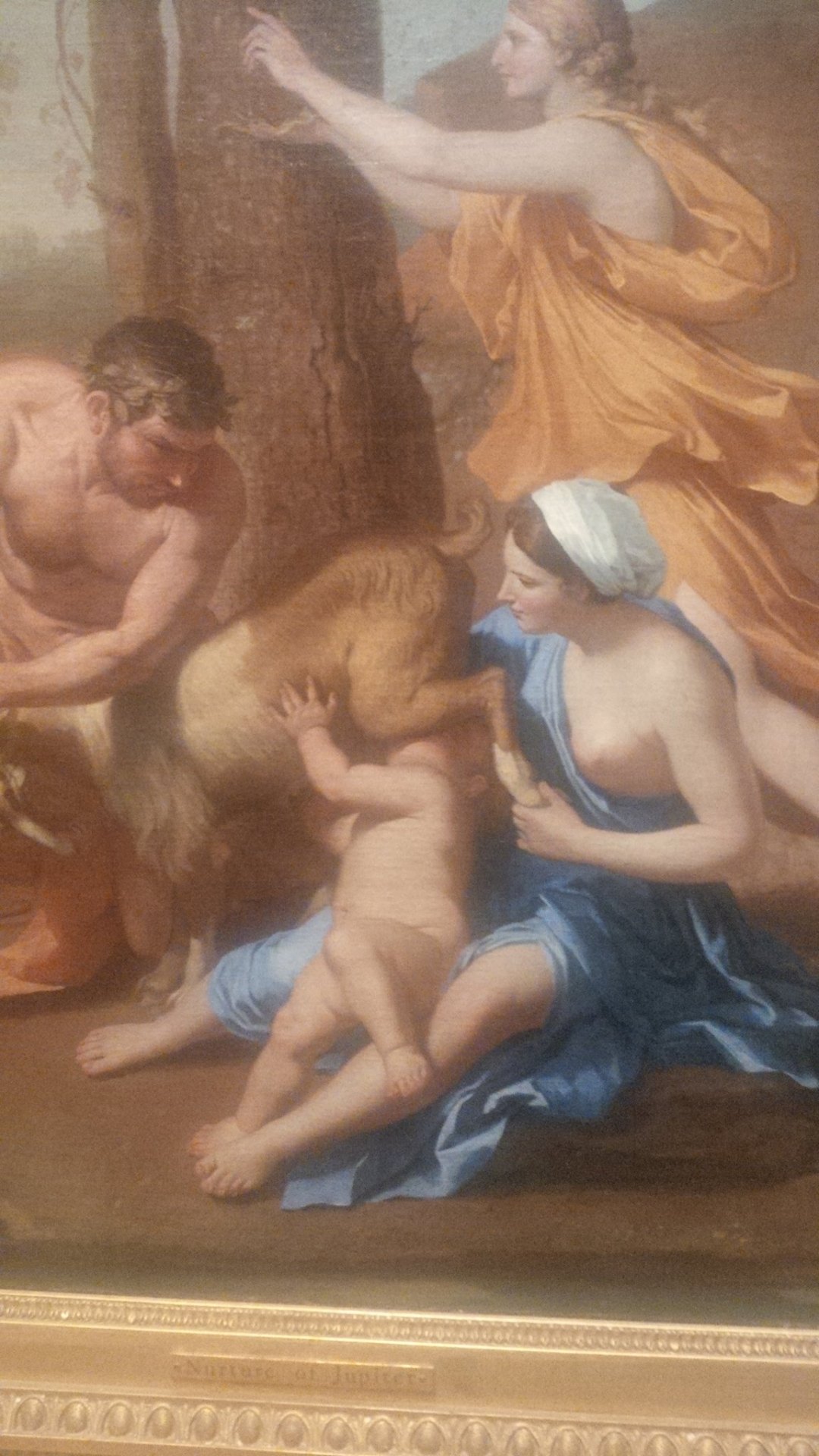 Ah, there’s nothing like a good old Renaissance-style goat teabagging.