Family Voluntarily Lives Like It’s 1986 For An Entire Year

Lots of us are nostalgic for the 1980’s–Stranger Things, anyone?–but nobody takes it quite so far as one Canadian family who lived an entire year like it was 1986.

Back in 2013, Guelph, Ontario father of two Blair McMillan had a series of realizations about his family’s dependence on technology. His older son Trey, then 5, and his younger son, Denton, then 2, had already gotten hooked on the household iPad. Trey even began identifying his aunts and uncles not by their names, but by their smartphone brands. But most of all, playground trips followed the same pattern: while the children were having fun, the parents were mostly parked on benches, glued to their devices.

It was a far cry from Blair’s own childhood in the 80’s, when people were less reliant on technology and more connected to each other. And that’s when the idea hit him: why not live like it’s the 80’s?

Blair floated the idea by his partner, Morgan Patey, and the two decided on a challenge. They would see if the family could go an entire year with roughly the same technology as they had in 1986.

But if you really want to channel the 80’s, you gotta look the part, so to kick things off, Blair grew a Tom Selleck mustache and a full mullet. 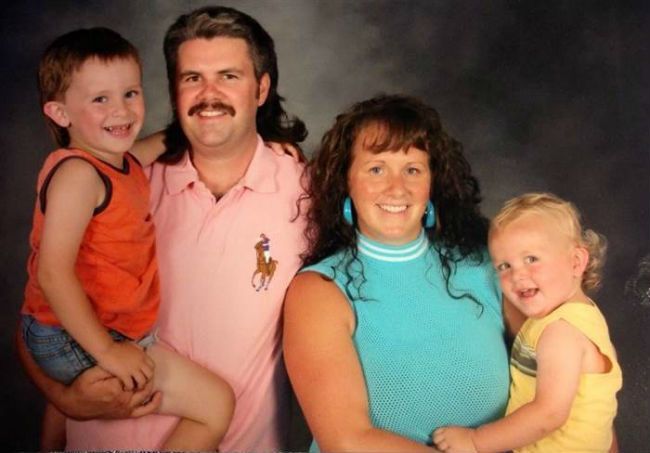 Living in the 80’s required everyone to relearn some antiquated ways of doing everyday activities. If Blair wanted to take a picture, he had to use an actual camera and then go get the film developed. If Morgan needed to do some banking, she skipped the ATM and went to the bank teller for everything.

The family tried to remove all modern technology from their lives. Blair and Morgan moved all their current devices down to Morgan’s mother’s house. That meant no smartphones, no computer, no Internet, no cable TV, and definitely no social media. If one of them needed to look up information, they had to use the family encyclopedia. If anyone wanted to play video games, their only option was a vintage NES.

Sorry, that’s a “Nintendo Entertainment System,” for the uninitiated. 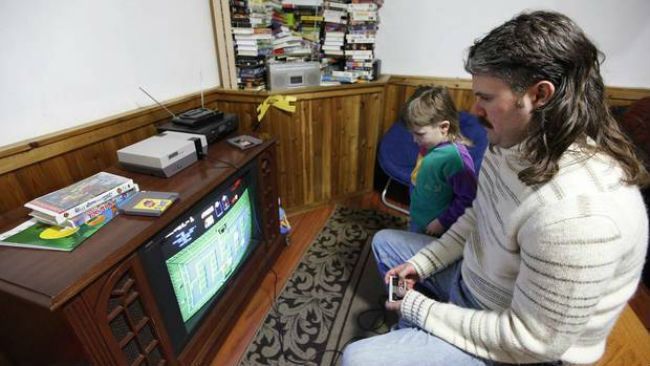 The family did have plenty of movies to watch, because once word of their experiment got out, friends and family donated an entire library’s worth of VHS tapes. 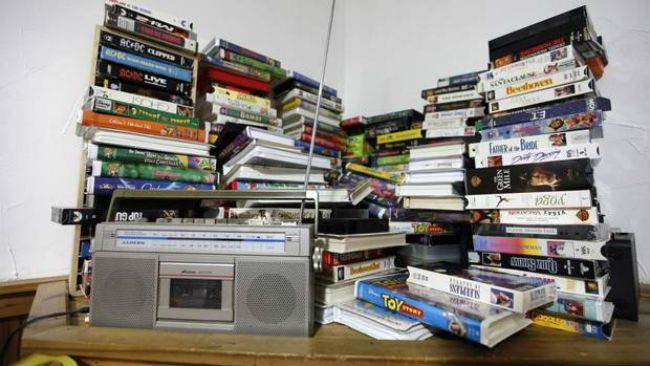 Of course, it would be impossible to completely revert back to 1986, and the family did make some compromises. They still drove a 2010 Kia, but they removed the GPS and relied on maps instead.

Blair and Morgan say the experience was overall positive. It made the whole family more present. “There are no distractions,” Blair told The Globe and Mail. “We eat dinner together. We sit in our family room on the weekends, Morgan on the couch, I’m on the chair and the kids bring out their toys. Nothing can take us away from the moment.”

Still, living a couple decades behind the times had its downsides. With the rest of the world living in the present, the family sometimes had trouble staying connected with other people. “You talk to somebody and then it could be months before you talk to them again,” Patey said . “You literally have to sit right by that phone there, pull up a chair and talk. Sitting on the phone for an hour isn’t always convenient.”

And when Blair would tell clients that he was unable to use email, it cost him business.

Once their year was officially over, the family did decide to go back to modern technology. Keeping up with the world would have been too difficult otherwise. Still, the family got a lot out of the experience, growing closer together and appreciating life without being tethered to electronics.

We here at Awkward are so inspired by this story, we’ve decided to run this website like it was 1986. If you would like to paper blog posts mailed to you every day, you can sign up here!

h/t: Throwbacks and The Globe and Mail

18 Bendable, Flexible, Seemingly Boneless Cats
Be on the Lookout for These Master Ninja Cats
20 Strange, Vintage Beauty Queens of the Food Industry
These Pups Are Eternally Loyal to Their Beloved Toys
Mom speed-delivers her own baby in hospital doorway while her husband parks the car.
Check out These Examples of Painful and Hilarious 1980s Fashion