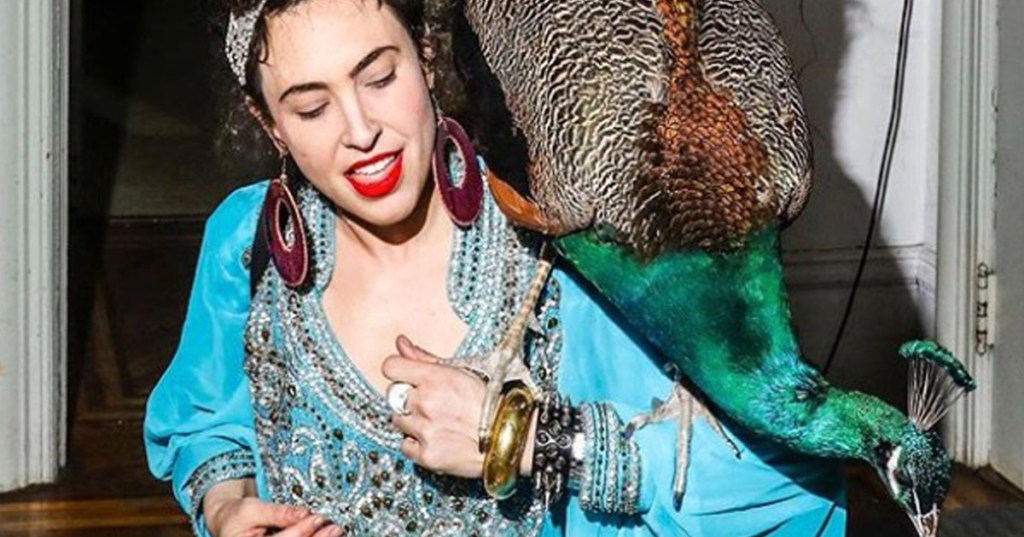 Emotional Support Peacock Is Turned Away From United Airlines Flight

If you’ve been to the airport in the last year or so, or you know what the Internet is, chances are you’ve seen an emotional support animal–defined as a companion animal that helps their owner cope with a disability. The most common support animals are dogs and cats, but plenty of animals can qualify as long as they have a doctor’s note. People have used everything from potbellied pigs to turkeys to miniature ponies.

Still, there are limits to what qualifies as a support animal, or, more accurately, to where you’re allowed to take them. One woman found that out the hard way when she tried to take her peacock on a United Airlines flight out of Newark. 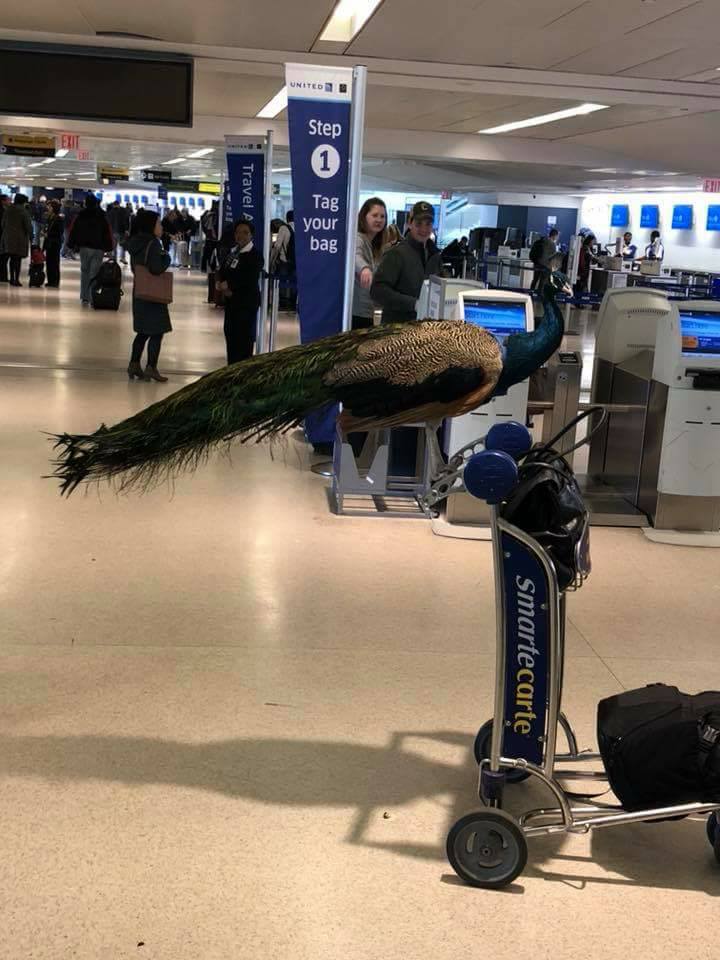 Dexter belongs to a Brooklyn-based artist named “Ventiko.” Although Ventiko bought Dexter his own ticket for their flight to Los Angeles, United officials weren’t having it. “This animal did not meet guidelines for a number of reasons, including its weight and size,” United said in a statement to Fox News. “We explained this to the customers on three separate occasions before they arrived at the airport.”

I can kind of understand where United is coming from here. Dexter is definitely huge. And, going a step further, what if another passenger brought a female peacock (a.k.a. a “peahen”)? Dexter might be tempted to whip out the ol’ tail feathers, and understandably so. If you were on that flight, you’d have a hard time enjoying Cheaper by the Dozen 2 with this stuck in your face: 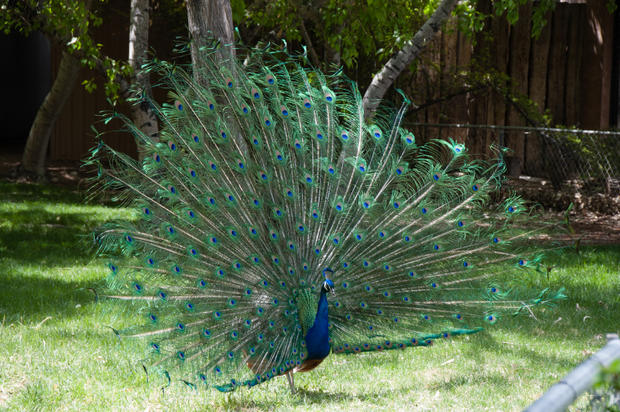 Internet commenters have had various strong reactions to the photo, but Ventiko is taking the high road. She and Dexter are now traveling to Los Angeles by car, and documenting their trip on Instagram.

Stop over in #indianapolis to visit the Grandparents. ?❤️

Which is nothing new for Dexter, as his Instagram was already popular before the airport fracas. (If you’re wondering how a peacock from Brooklyn could get so famous on the Internet, first, welcome to the Internet, and second, how was your decades-long coma?)

Ventiko originally bought Dexter, along with his mate, a peahen named Etta, for an art installation a couple years ago. Once the gig was finished, Dexter and Etta were returned to Miami home. Then, Etta and her four chicks went missing, and Dexter struggles. Ventiko visited Dexter, the two bonded, and he became her support animal. Today, Ventiko regularly documents their New York life together.

We wish Ventiko and Dexter luck for the rest of their trip to LA, and hope they avoid any more travel issues, peacock-related or otherwise.