Imagine accomplishing an athletic feat without remembering any of it. Or even realizing you were competing! Most of probably don’t know what this feels like, but one Estonian man recently learned. His name is Pavel, and on a trip to the Italian Alps he got so drunk he climbed a mountain. By accident.

Pavel, 30, was visiting the Breuil-Cervinia ski resort, located at the foot of the Matterhorn in Italy’s Aosta Valley region. One night, after enjoying a few too many adult beverages, Pavel decided to make the short walk back to his hotel. In his state of inebriation, he forgot exactly where his hotel was located, but didn’t seem to realize it. He walked higher and higher into the freezing night.

Here is a description of Pavel’s misadventure from the La Stampa, the original Italian newspaper that reported it. I have kept it the way it appears on Google Translate, and for a very good reason: the disorientation and confusion you get from reading it will mirror the way Pavel felt on his climb. (And also because I can’t even begin to read Italian.)

“The orientation has been dimmed and he, shoes from the city at the foot has slipped a snowy path that led him nowhere, if not upward.”

Really makes you feel like you’re there, doesn’t it?

At 2 a.m., Pavel finally realized he was nowhere near his lodging–and even worse, he was about 2,400 ft. above sea level, in the freaking ALPS. But luck was on his side. He spotted another bar, called Igloo, and even though it was closed, he broke in and took refuge, like a drunken Goldilocks. The next morning, bar employees discovered him sleeping on a bench. Along side him were two empty water bottles, which Pavel had drained to ward off his hangover. 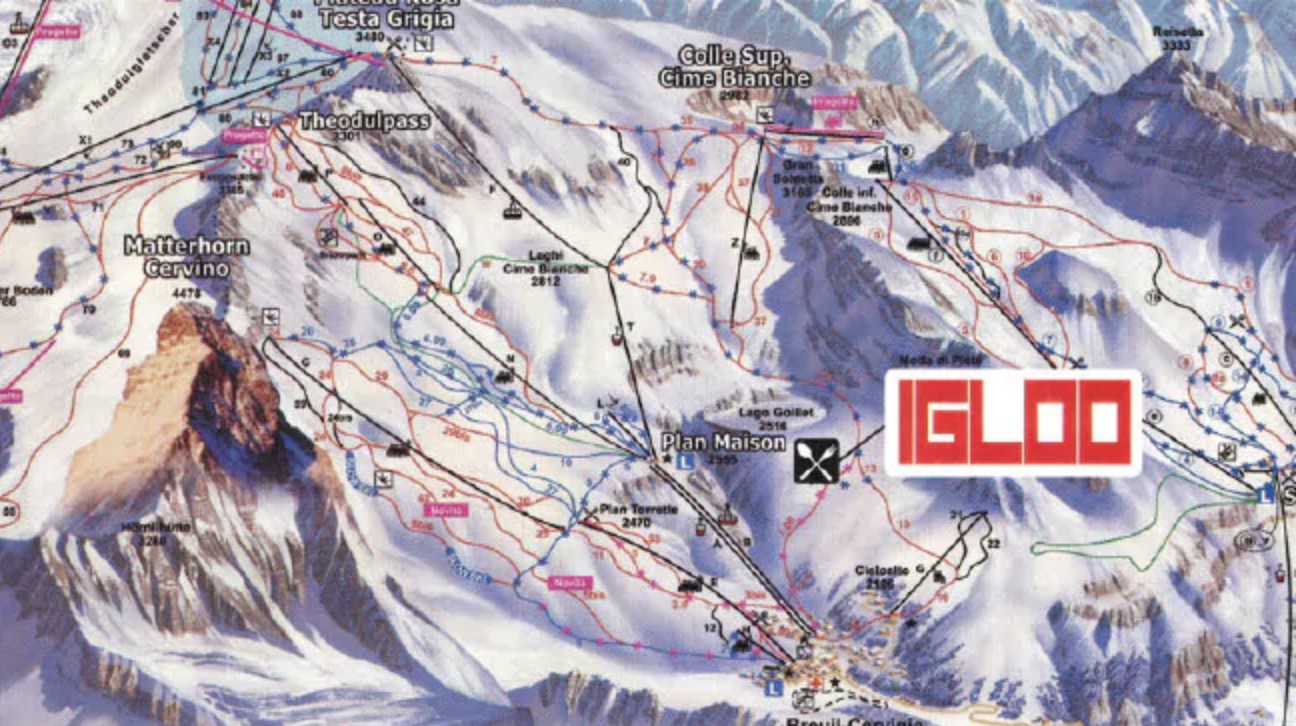 Pavel’s discovery allowed officials to call off the search party that had been organized for him, which included dogs, drones, and a fire brigade. Local police will make him pay a fine for entering the bar, but he won’t be charged. So all in all, Pavel’s excursion could have ended a whole lot worse.

Let’s not overlook the most impressive part of this story, which is that a man was able to become a mountain climber without even trying. (Even if we’re using “mountain climber” loosely.)

Maybe this will inspire the International Olympic Committee to start a Drunk Olympics. One day, it will not be uncommon for people to wake up with a severe hangover and a medal around their neck, with no memory of how it got there. “How in the hell did I silver in the downhill slalom. I can’t even ski–[BAAAAAAAARF.]”

15 Couples That Won The Prom
Teacher Asks Kindergarteners To Create Cook Book, And The Recipes Are Hilarious
15 of the Funniest Tweets from the Past Decade
Really, Really Dumb Celebrity Quotes
15 Memes That Are Good for a Chuckle
People Are Actually Getting “Pandumbic” Tattoos and They’re Hilariously Awful