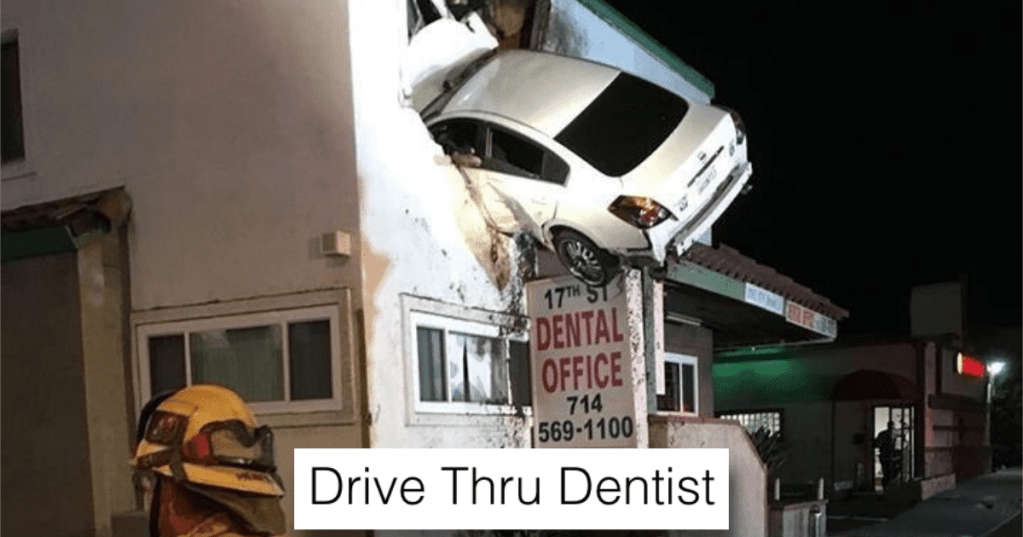 Drivers Who Really Shouldn’t Be Allowed on the Road

Just this morning I was driving home from the grocery store and some guy came out of nowhere and cut me off.

I didn’t lose my cool or do anything stupid, but man, am I tired of terrible drivers out there on the highways and byways.

And I’ve lost count of how many times I’ve ALMOST been in an accident over the past few years (knock on wood).

So listen, friends: keep your eyes peeled, keep your hands at ten o’clock and two o’clock, and try to avoid folks like these when you’re on the road.

1. Drinking and driving is NOT cool.

Not even on a motorcyle.

This idiot didn’t even put a lime in his Corona. from IdiotsInCars

These collective idiots making an illegal left and causing gridlock. from IdiotsInCars

3. That’s gonna be expensive to fix.

Not a good day at work.

Our LT forgot to disengage the brakes for the water buffalo. Drove at least 10 miles with them engaged, not realizing the tire was on fire and the rim was being decimated. from IdiotsInCars

This is pretty wild.

Drive Thru Dentist from WTF

So customer drove about 2 miles with it like this…. from IdiotsInCars

Parents, don’t do this.

Father of the year has a ps4 setup in his car for his kids. Monitor is in front of the airbags. from IdiotsInCars

Where were you headed, sir?

Idiot didn’t want to wait in traffic and thought they’d take a shortcut and got stuck. Karma sucks! from IdiotsInCars

8. Takes a special person to do this.

My mom everyone from IdiotsInCars

I hope she can see…

Idiot of the week award goes to this lady from facepalm

I hope they threw the book at him.

Asshole drunk driver turned directly in front of my van. Tried to run and rev his engine but only succeeded in setting his car on fire. Also wasn’t wearing a seatbelt. Don’t drink and drive kids from IdiotsInCars

Truck lifted too high to see the Porsche in front of him. from IdiotsInCars

And we hope it’s not you…

Talk to us in the comments and let us know!