Dad Performs Ballet Recital With Daughter After She Gets Stage Fright

Whether it’s changing diapers or learning the words to every Yo Gabba Gabba song, parenthood makes you do things you never knew you were capable of. And for one dad, that meant becoming a ballerina for a day.

Marc Daniels is a father of three, and when his daughter Bella had a dress rehearsal for her very first ballet recital, he expected to watch from the audience with all the other parents. But when the dance teacher ushered Bella’s group onstage and the music began, the two-year-old Bella froze up. This was her first time performing onstage, and she’d gotten a case of stage fright.

Rather than leave Bella hanging, Marc joined her onstage. He comforted and encouraged her, but it still wasn’t enough to cure her butterflies. So he started dancing Bella’s routine. Towering over the tiny ballerinas, Marc stepped and twirled through the performance and eventually Bella was able to join in. Success!

Even more impressive? Marc did it all while holding his one-year-old daughter, Suri.

While the dance went on, other parents laughed and cheered at the sight of a dad in a backwards ballcap and shorts dancing alongside a bunch of small girls in tutus. One parent caught the whole thing on video and posted it to Youtube. You’re definitely going to want to check it out:

As a parent, a situation like this can be tricky. You want to protect your child, but you also want them to learn to overcome their fears. Marc was sensitive to the task at hand. “Bella was very emotional and needed hugs from her daddy,” he told The Independent. “Despite having a tantrum, I could tell she wanted to stay on stage and I didn’t want to discourage her before the big performance by making her be the only one to come off.”

After joining Bella onstage, Marc offered words of encouragement. “I told her I loved her and that she’s an amazing dancer. I asked if she wanted to dance with daddy and she nodded, so I thought I’d join in.”

And if you’re wondering how much trouble Marc had picking up the routine on the fly, the answer is no trouble at all. “I’ve practiced with them at home on many occasions so it wasn’t unfamiliar to me,” he said. 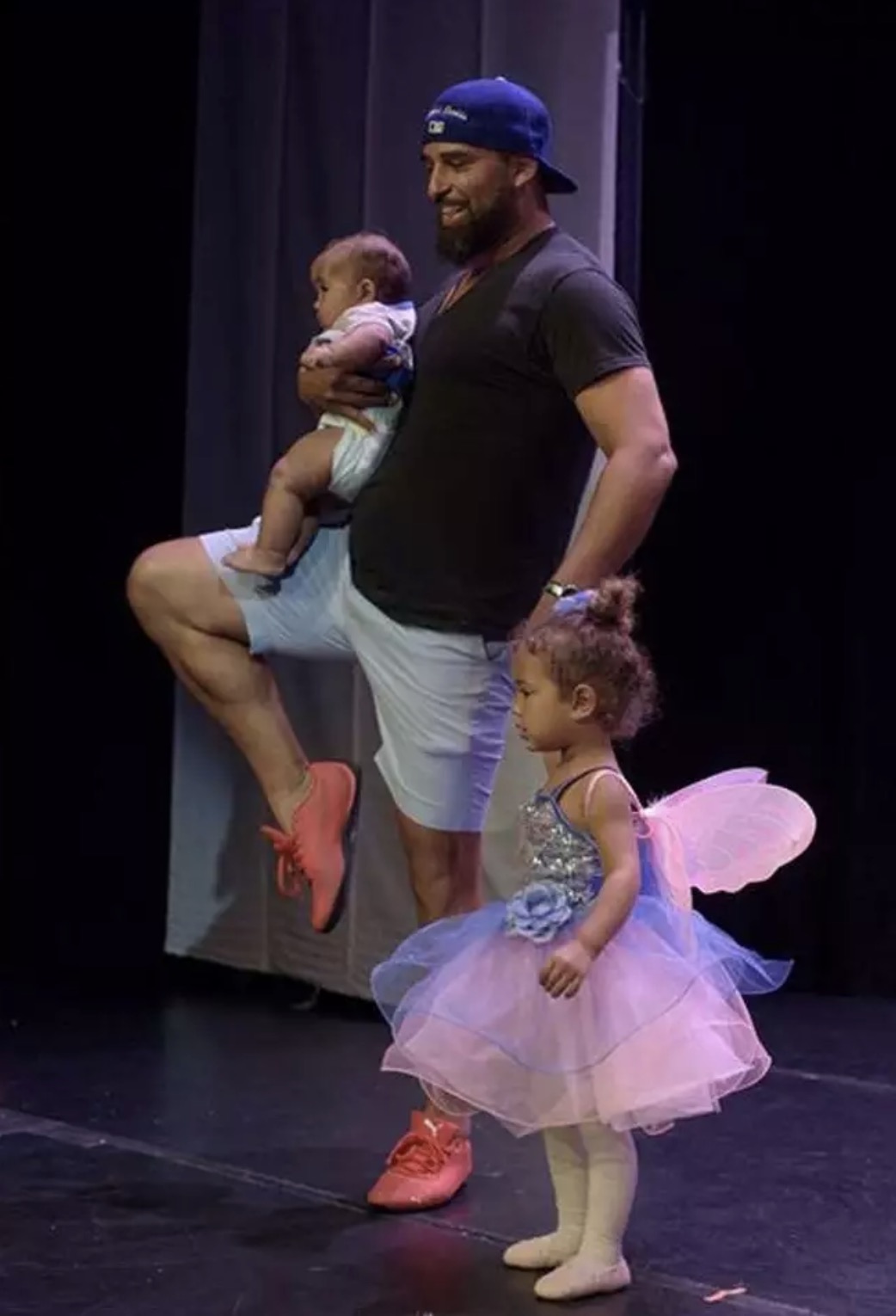 The story later went viral, and Marc has become something of a local celebrity in Bermuda, where the family lives. Marc is a lawyer, and his court house colleagues showed him their support–even people who would normally be his adversary:

“Jurors, police officers and members of the prosecution have even been giving me twirls and plies as a token of appreciation for the video. Even in court the other day, one of the magistrates made a comment about my moves that prompted the court to erupt into laughter.”

People around the world have fallen in love with Marc, and even coined him a nickname: “Daderina.” 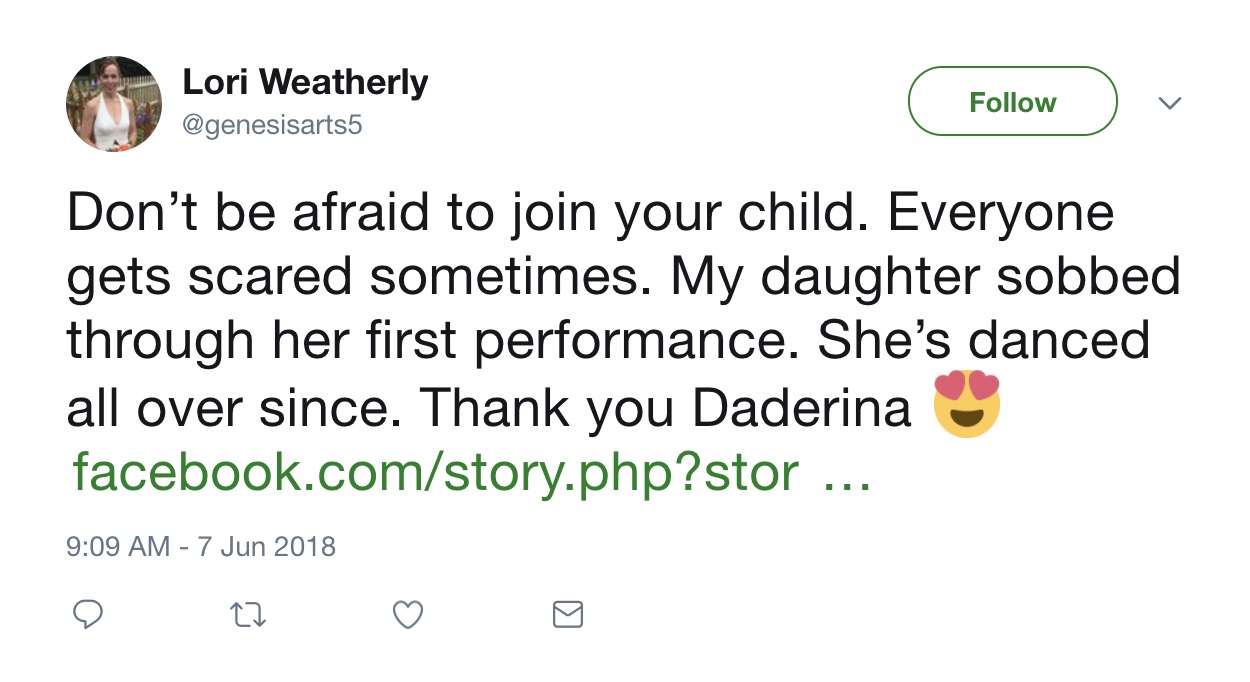 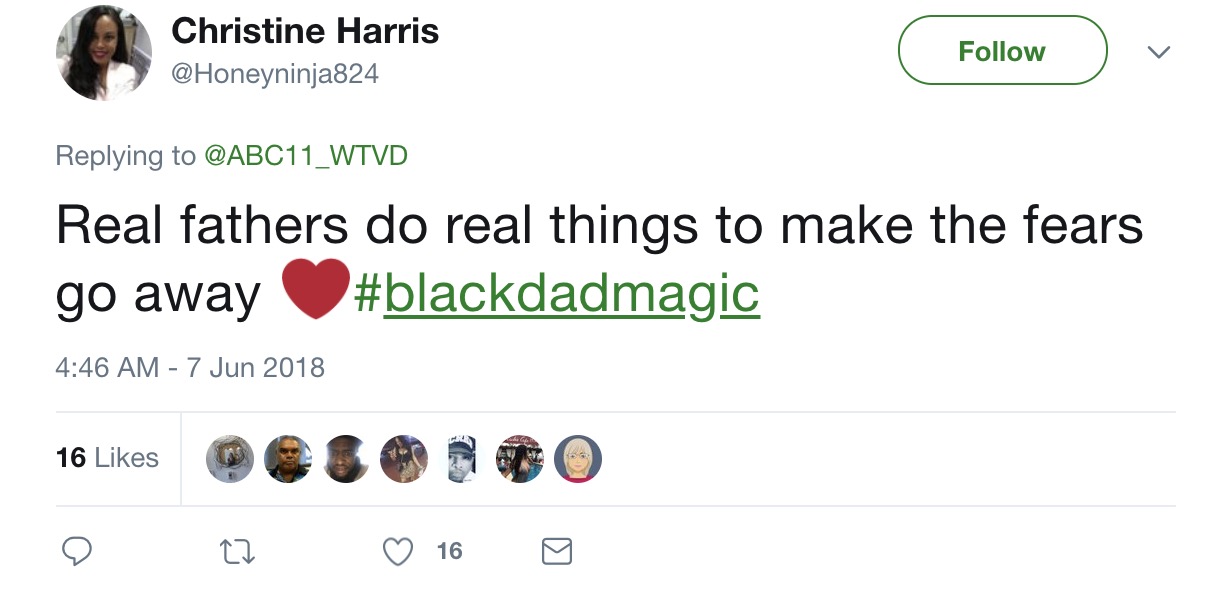 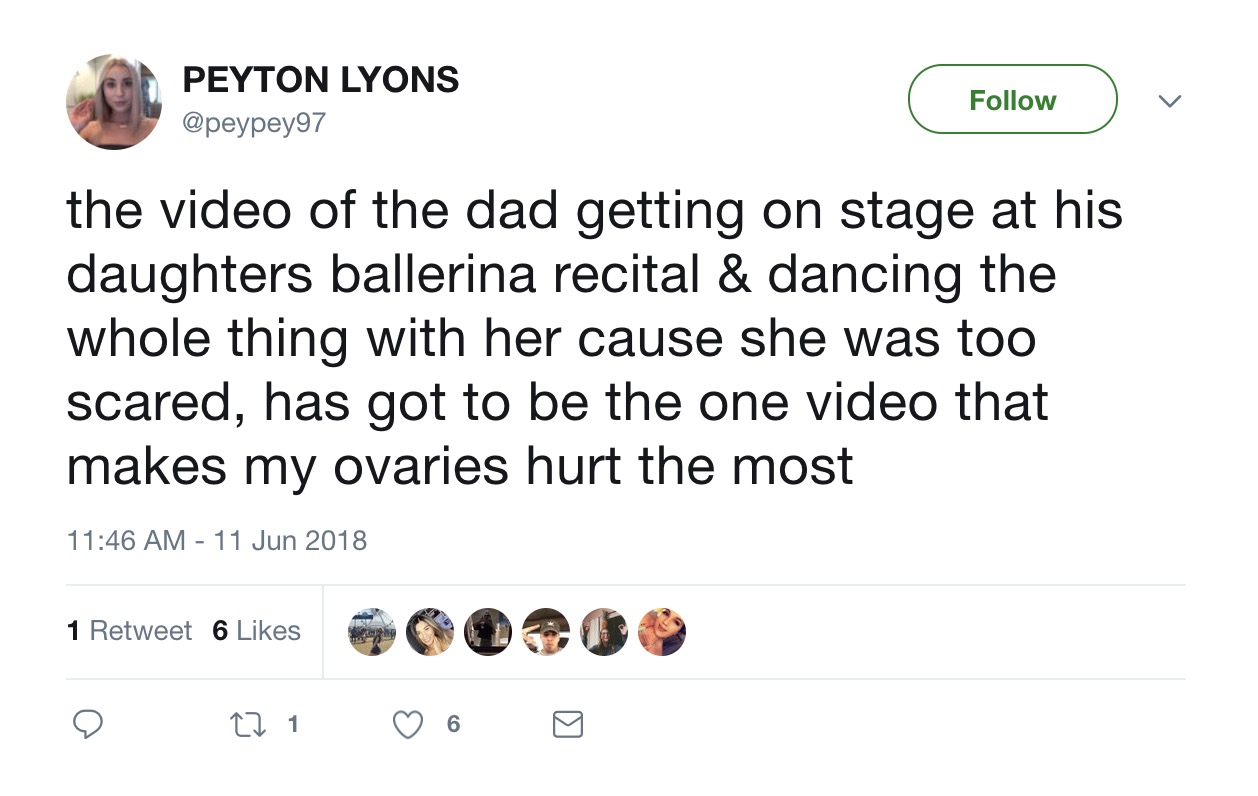 After the performance, Marc joked that he might take up ballet lessons alongside his daughter. “Maybe it’s never too late to become a ballerina!” he said. And why not? He’s already got the whole dad thing nailed.