A pregnancy is one of the most exhilarating moments in a couple’s life, and many couples document their love for each other and the baby with a maternity photoshoot.

But some couples feel like traditional pregnancy photos–say, showing off the baby bump in an idyllic meadow–don’t quite capture their personalities. Adding a theme makes maternity photos that much more unique.

And that’s why British Columbia-based couple Todd and Nicole Cameron staged a photoshoot straight out of the movie Alien.

It’s a fitting move for a couple of horror loves like Todd and Nicole. Not only are they both fans of the genre, they even met on Halloween. “We always hand-make elaborate costumes and we go all out on Halloween decorations at our house, so this was really just a fun way to celebrate who we are while passing on a few smiles and laughs in the process!”

The idea first came about when Todd made a serendipitous find.

“I had recently found an Alien’s Chestburster model at a garage sale, and after putting it together and painting it, the idea for this shoot came to me,” Todd told Bored Panda. “I had an idea for the general story and props needed, including carving the alien pod pumpkin and Nicole took care of finding our ‘out there’ wardrobe.”

The shoot took place at McNab’s Corn Maze and Produce Farm on a cold and muddy day, but everyone had a great time. “We just kept laughing at the absurdity of it and hoping the employees of the farm wouldn’t drive by to see us covered in blood,” Todd said.

But it couldn’t have happened without photographer Li Carter, who’s also a friend of the couple.

“She’s shot many of our personal family highlights including my ‘The Big Lebowski 40th Birthday, my annual personal holiday, ‘Sasquatch Day’ and even our ‘Enchantment Under The Sea’ Back to the Future wedding. Li is very laid back, easy to work with, and we always make a great team with our collaborations. She, as always, was the perfect choice for this shoot.”

The series begins like your typical autumn maternity photoshoot. Todd even uses a pumpkin to simulate his own baby bump, poking fun at Dads who pull similar pregnancy photoshoot stunts. 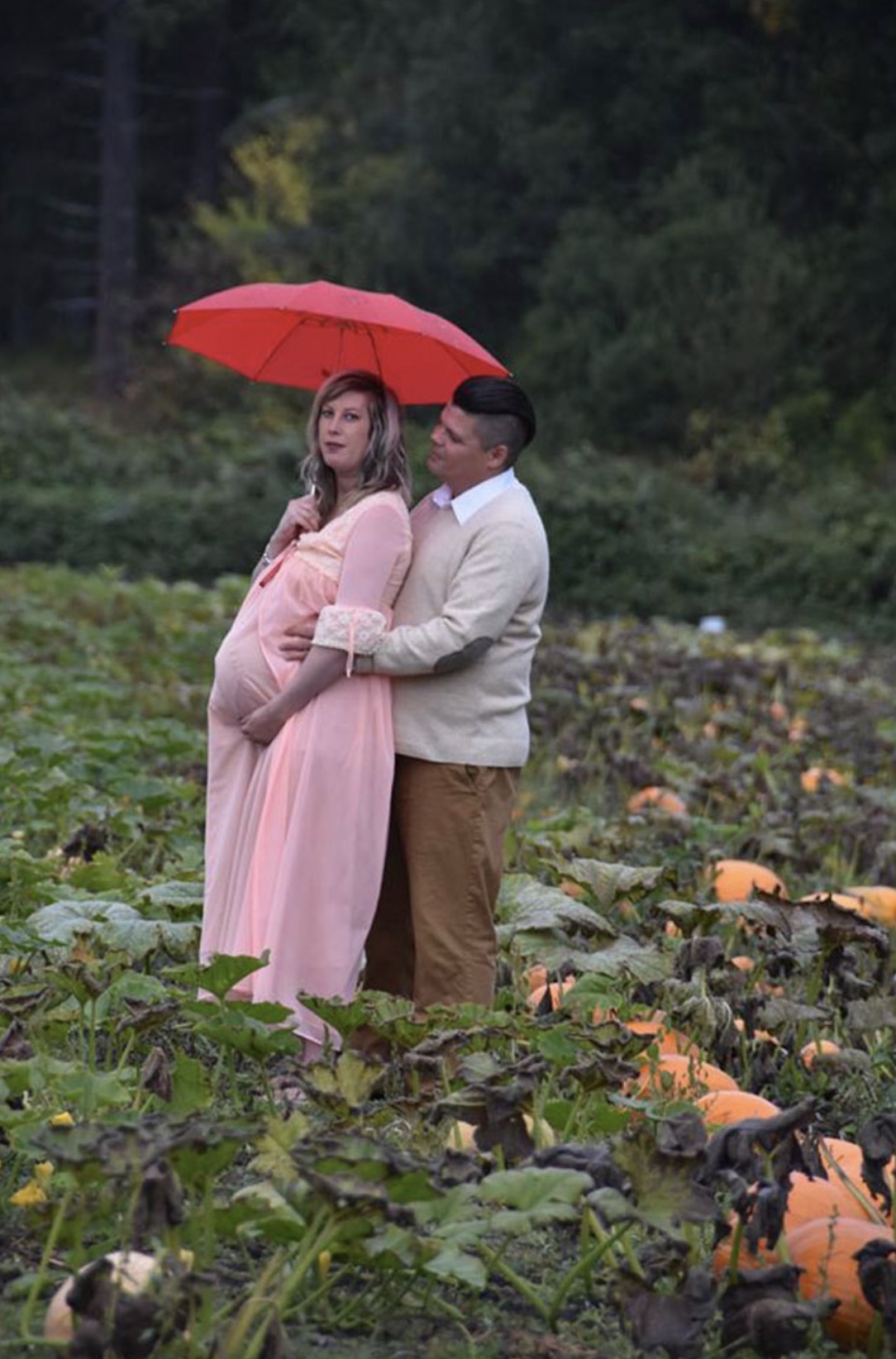 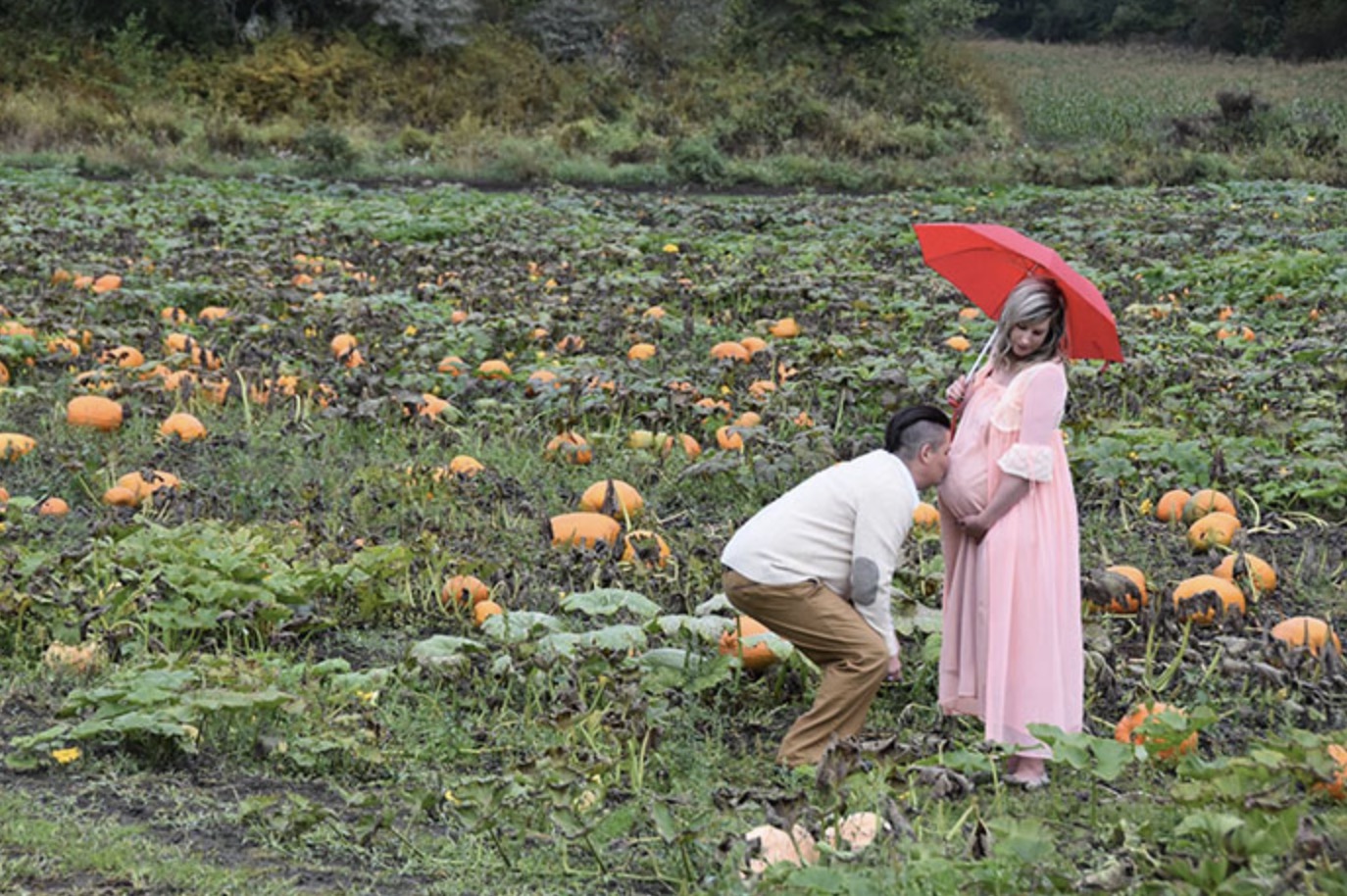 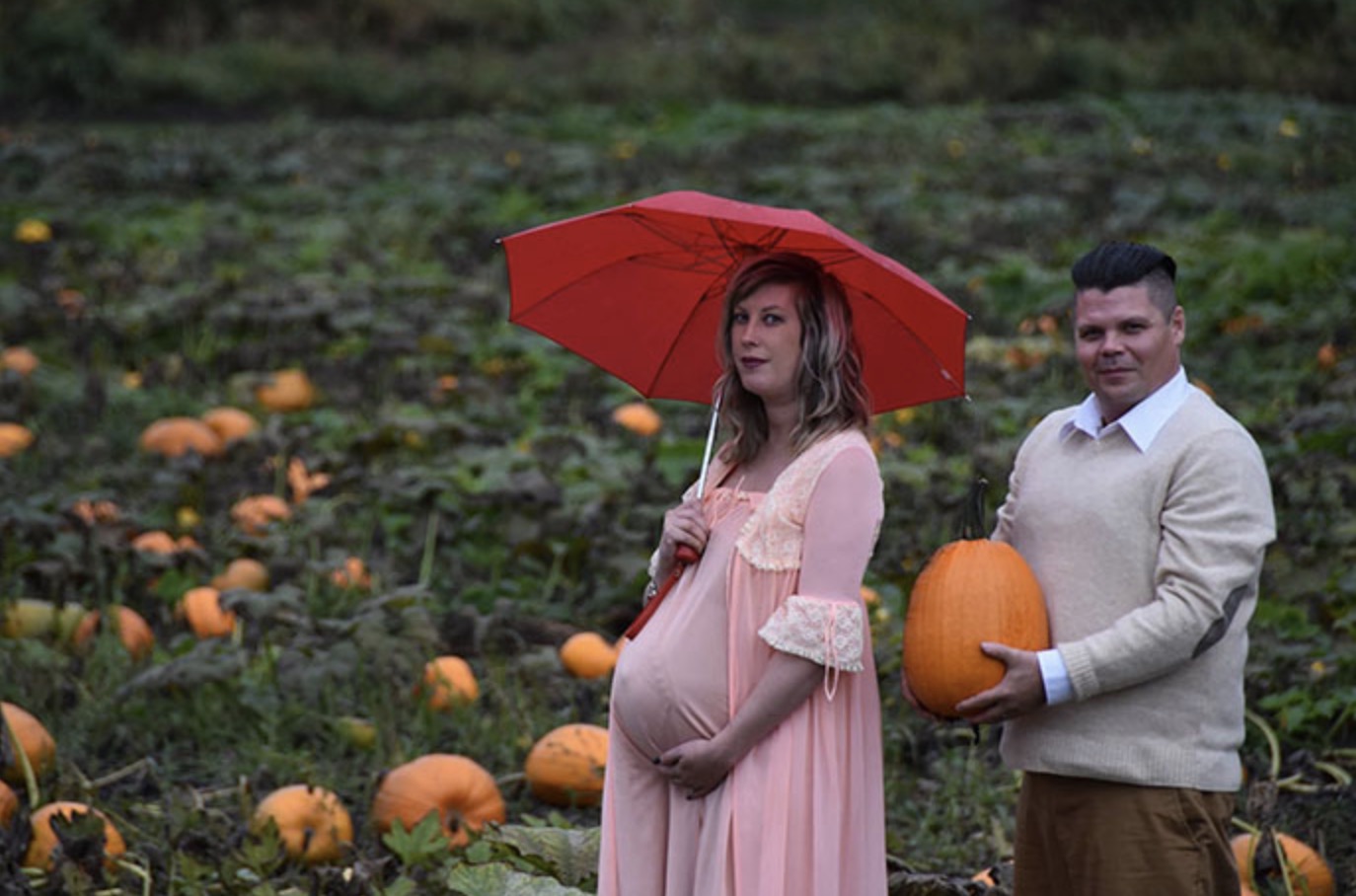 But then, things took a turn. Just like John Hurt’s character in the 1979 sci-fi horror classic, Nicole starts to feel funny, while Todd looks on with concern. 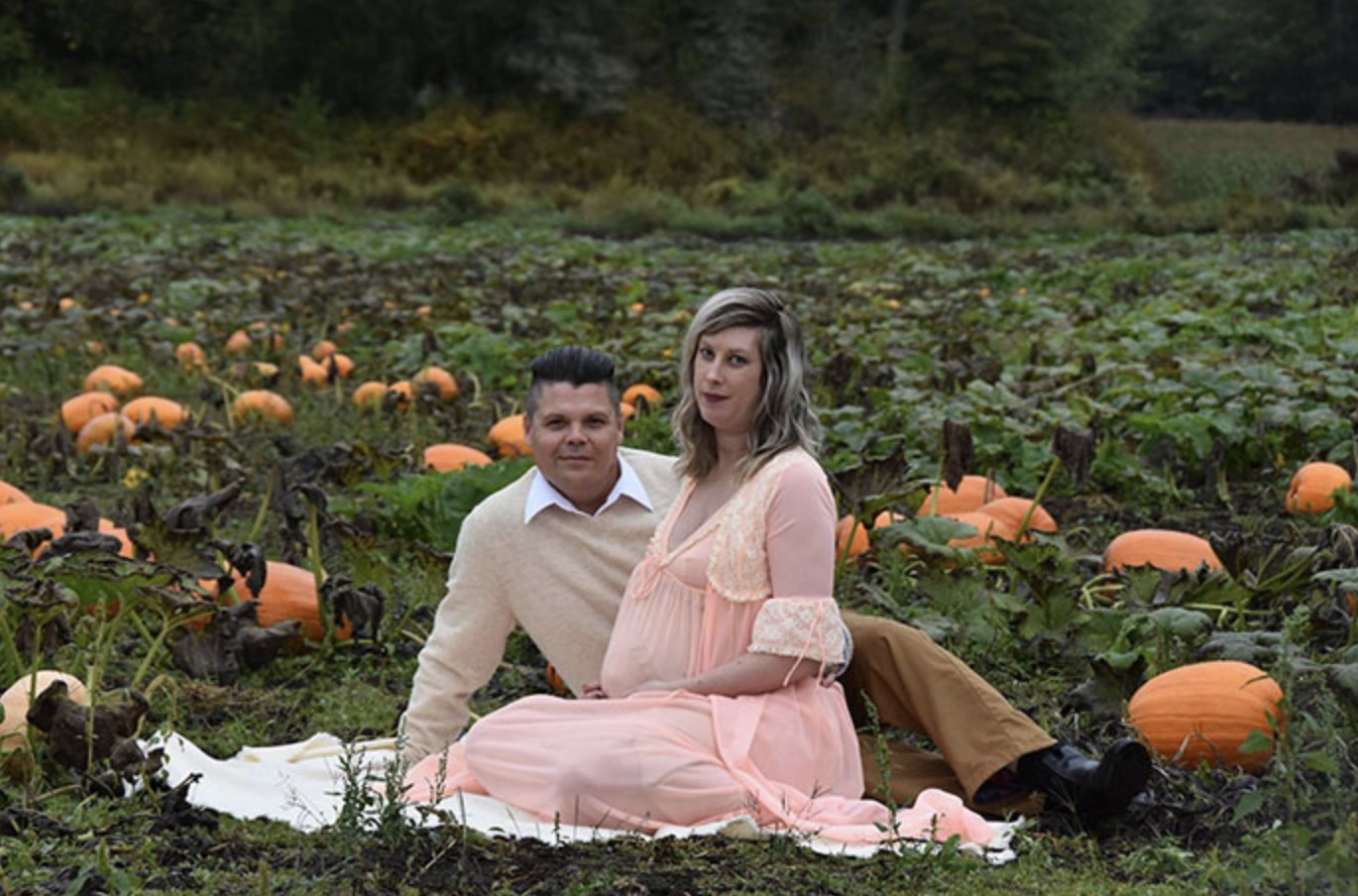 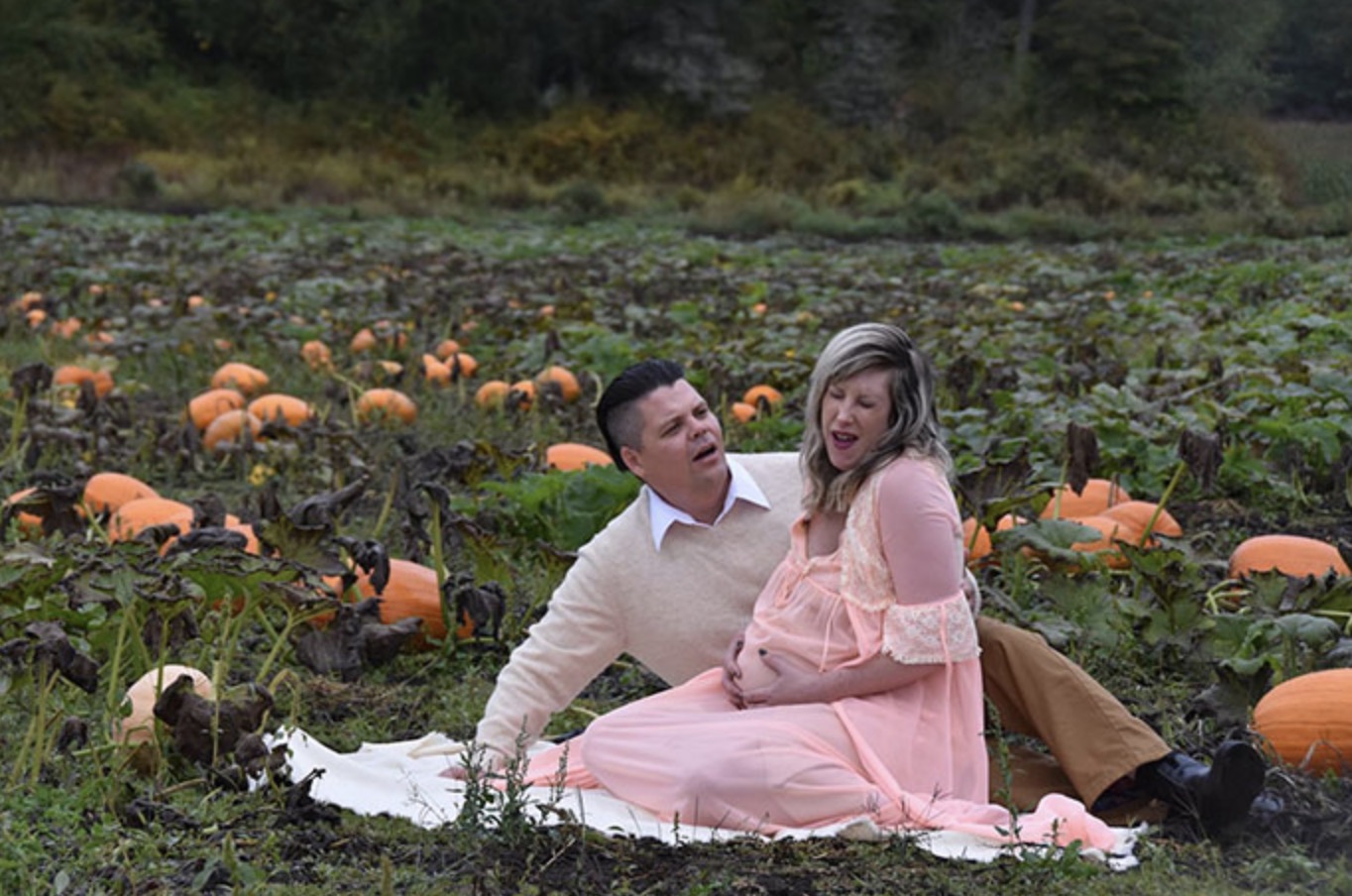 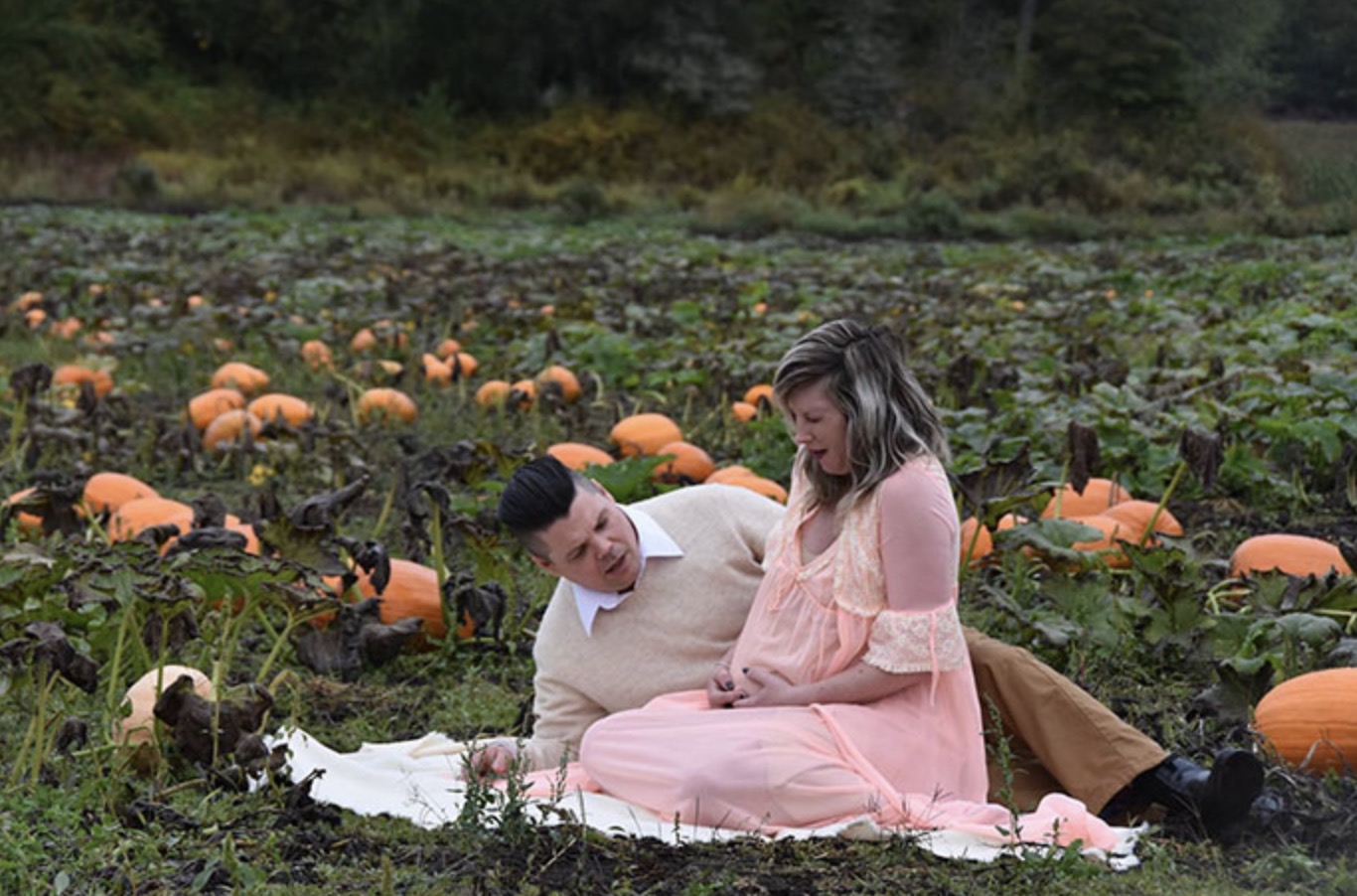 Something starts poking out from Nicole’s belly! 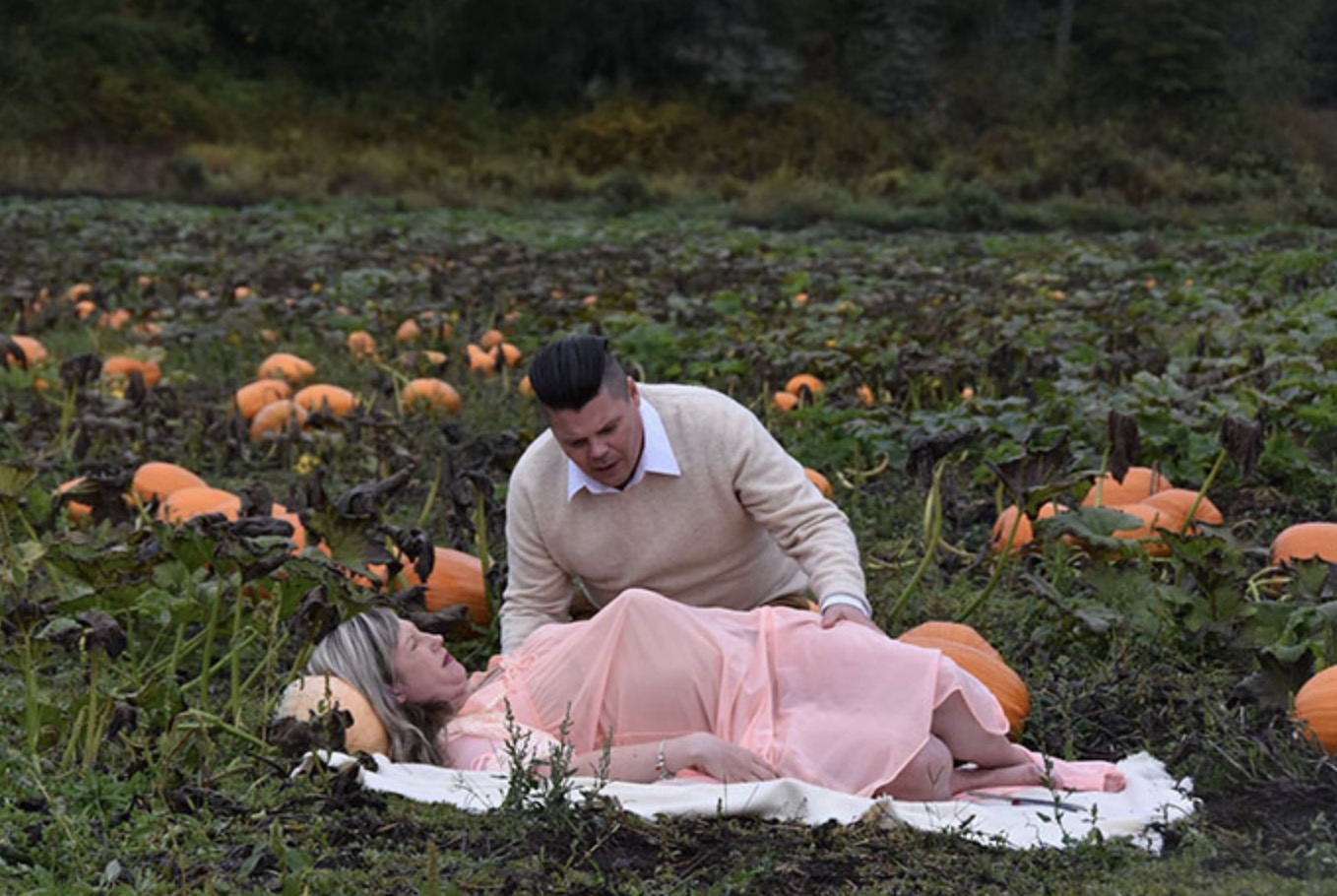 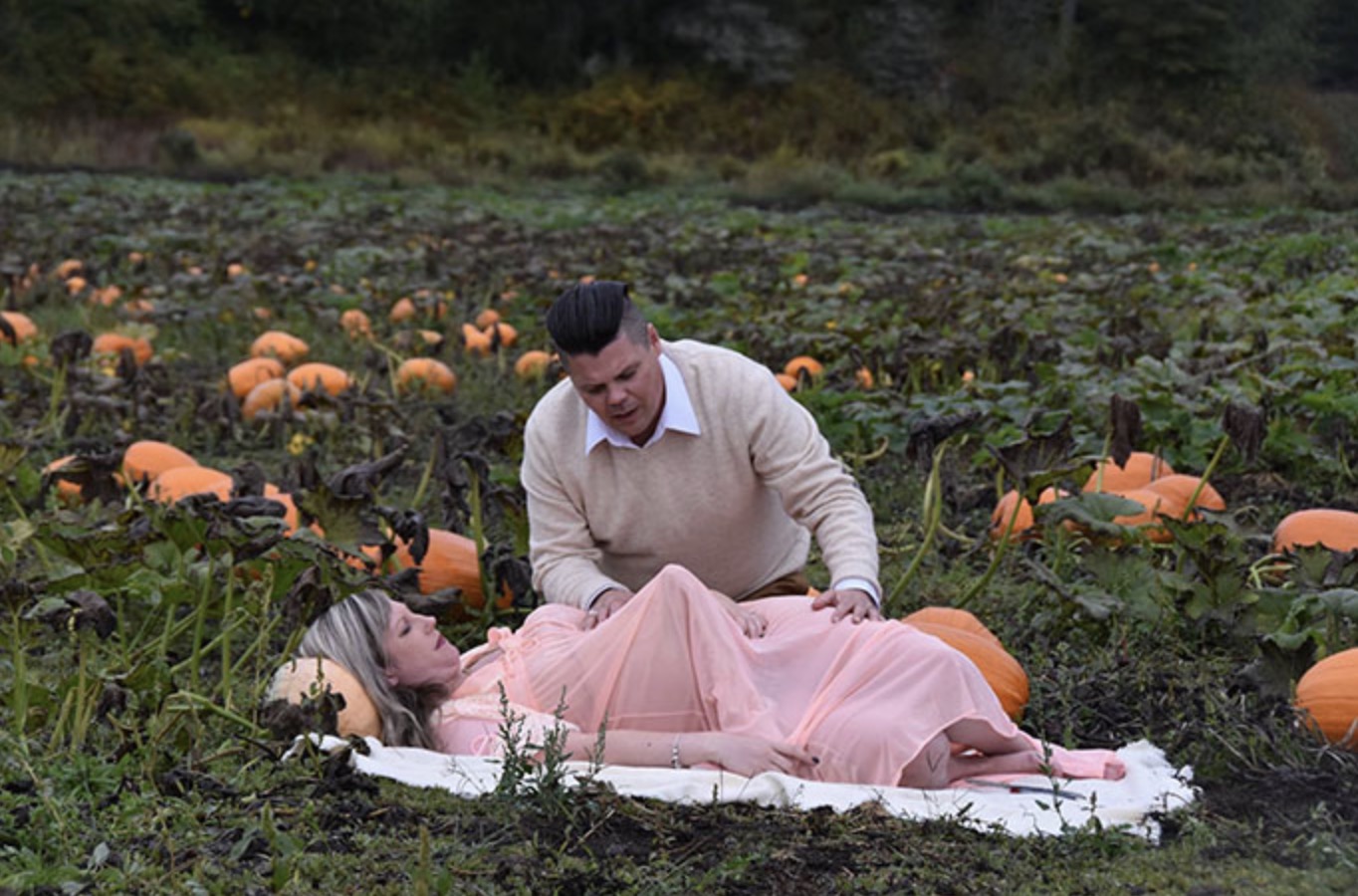 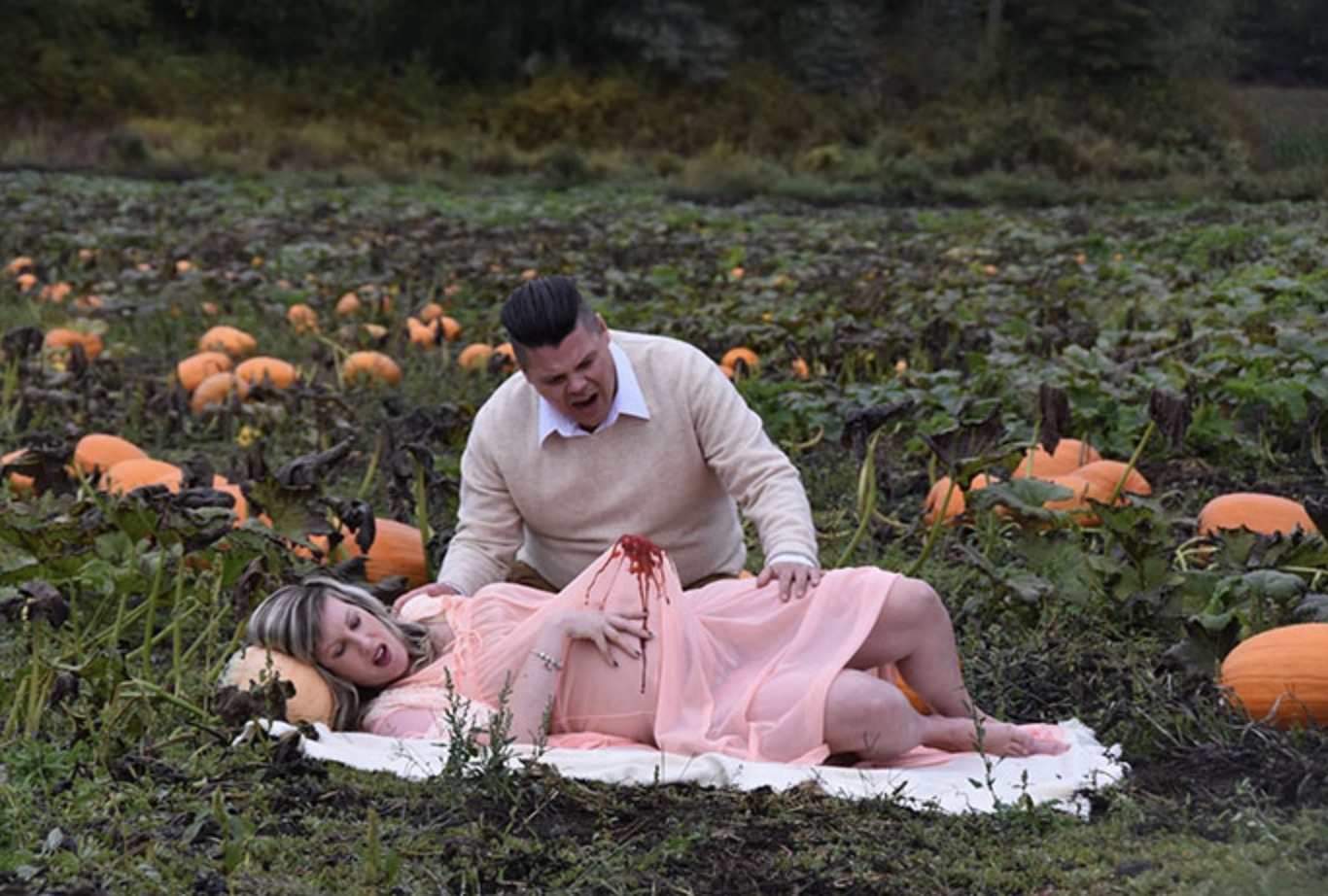 Finally, the baby xenomorph pops out in all its slimy glory. 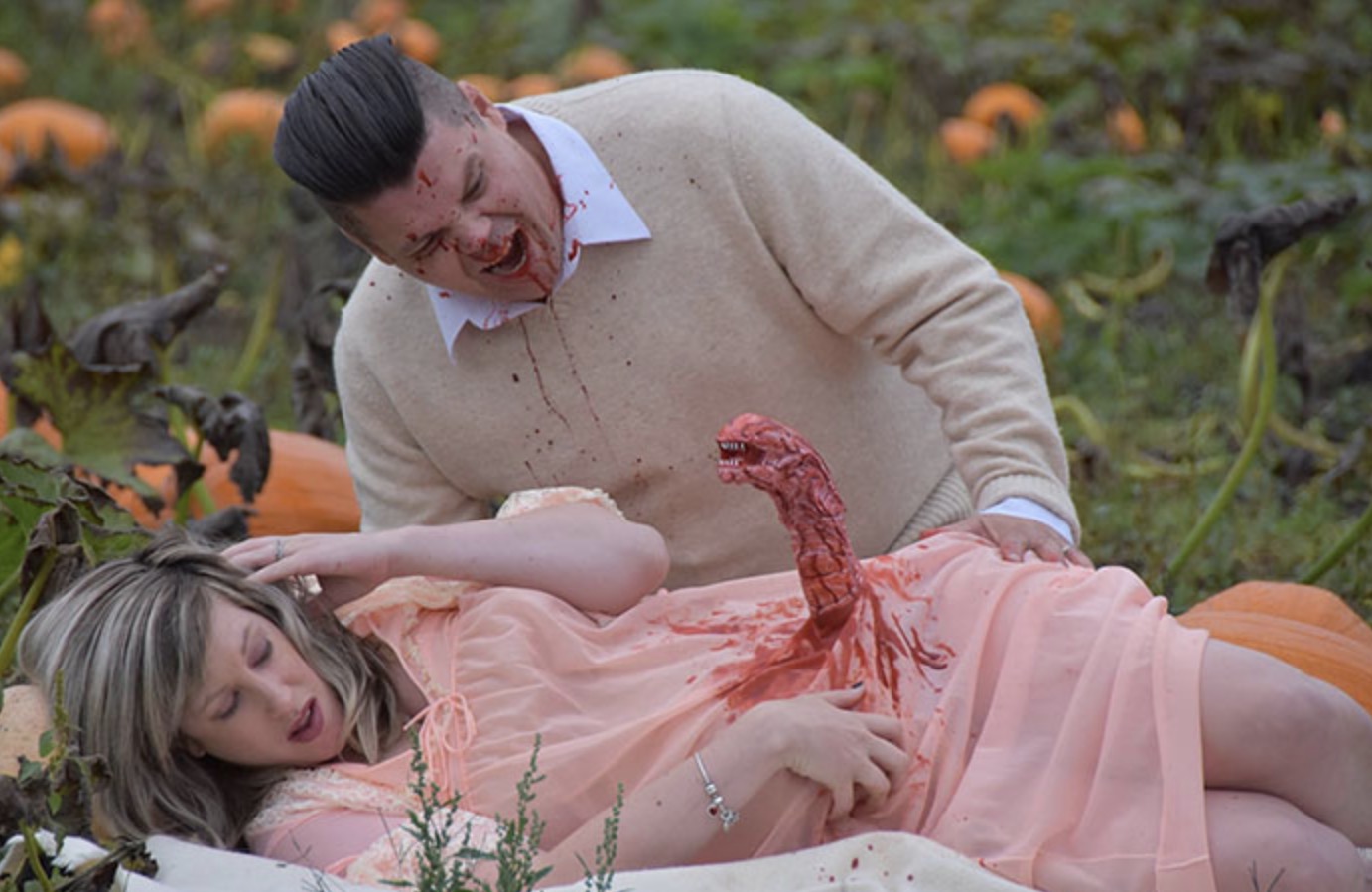 And then, just like in the movie, the alien flees. 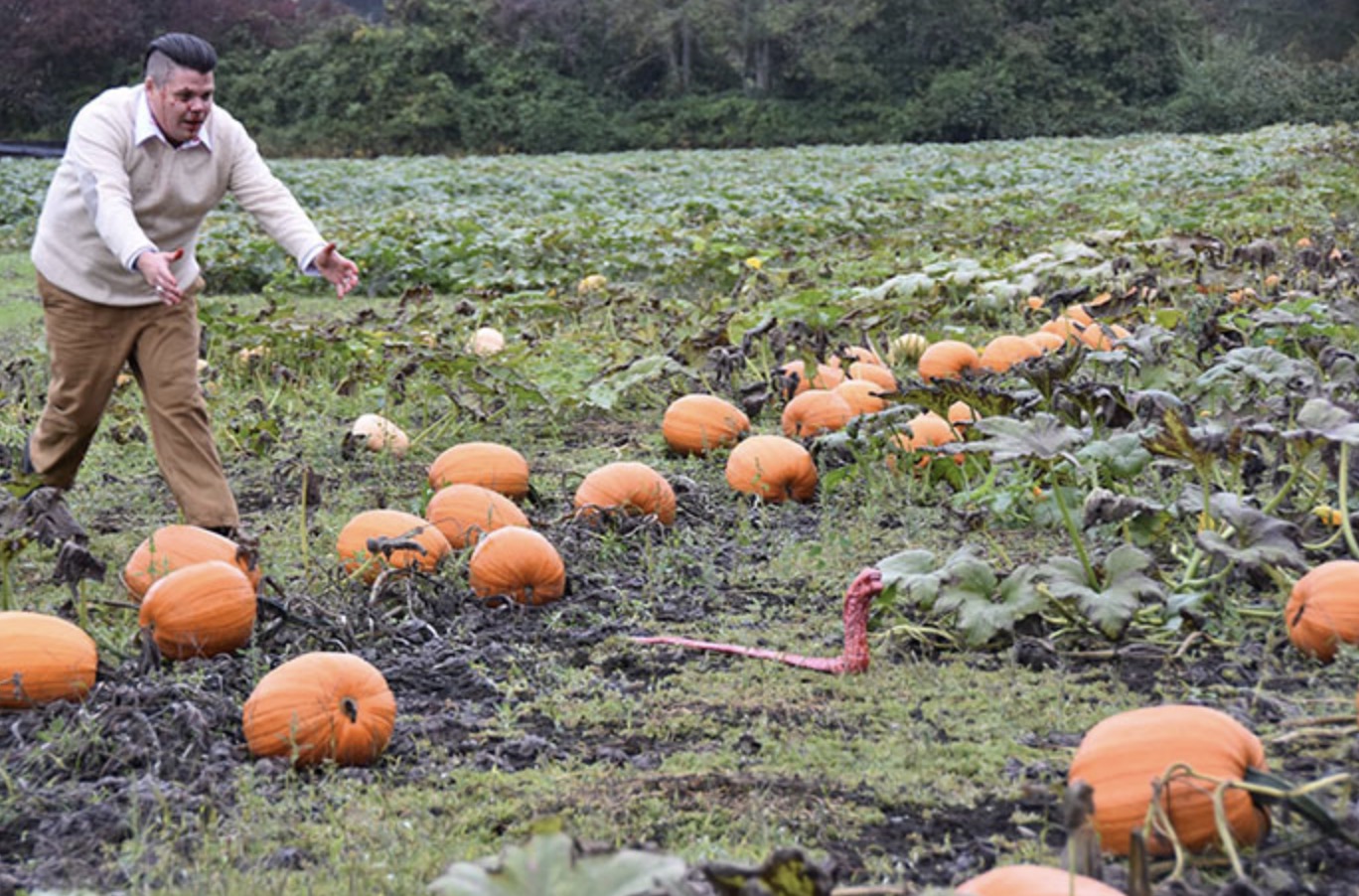 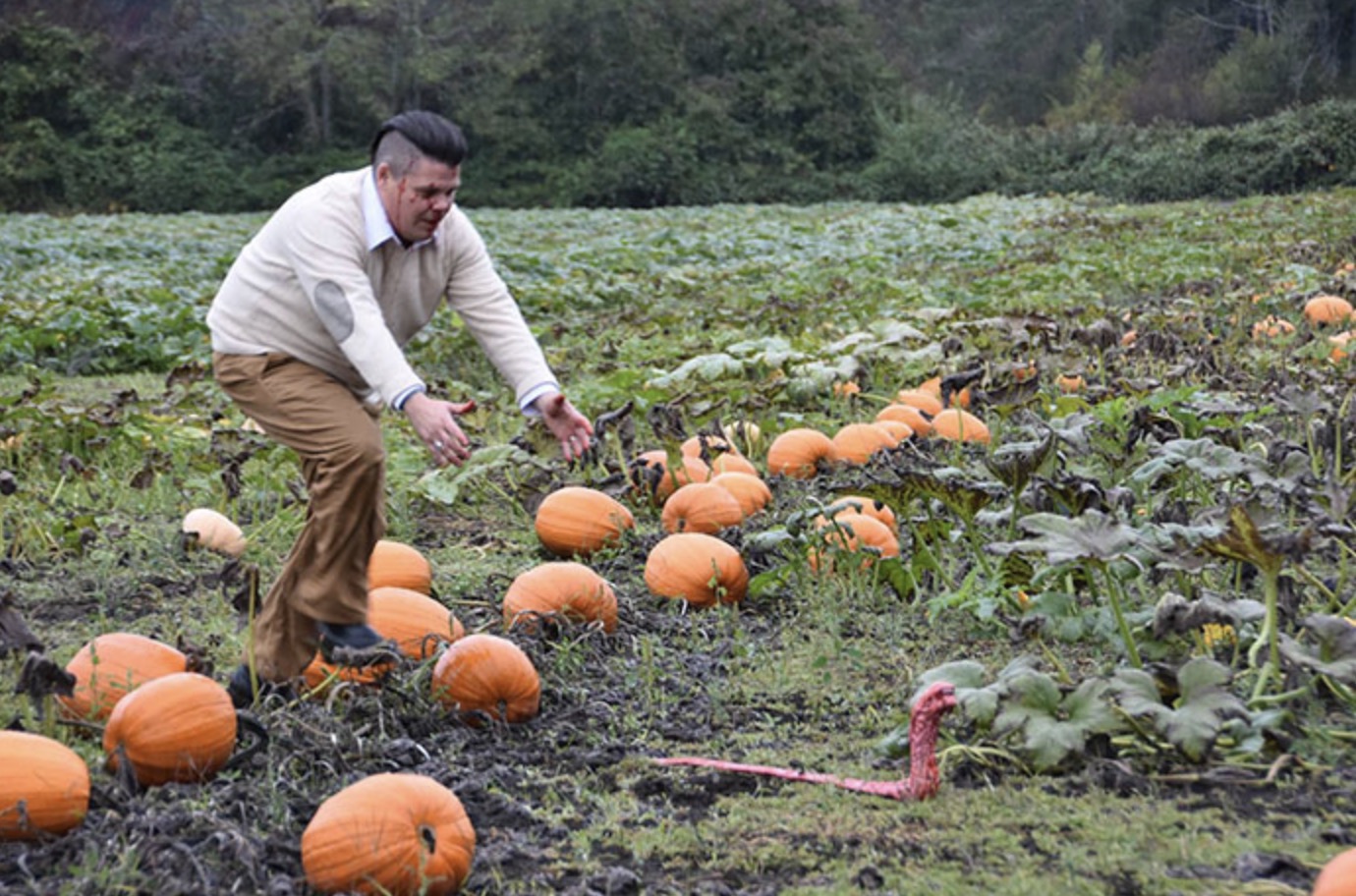 Todd manages to capture the bugger, and the maternity shoot is allowed to continue. 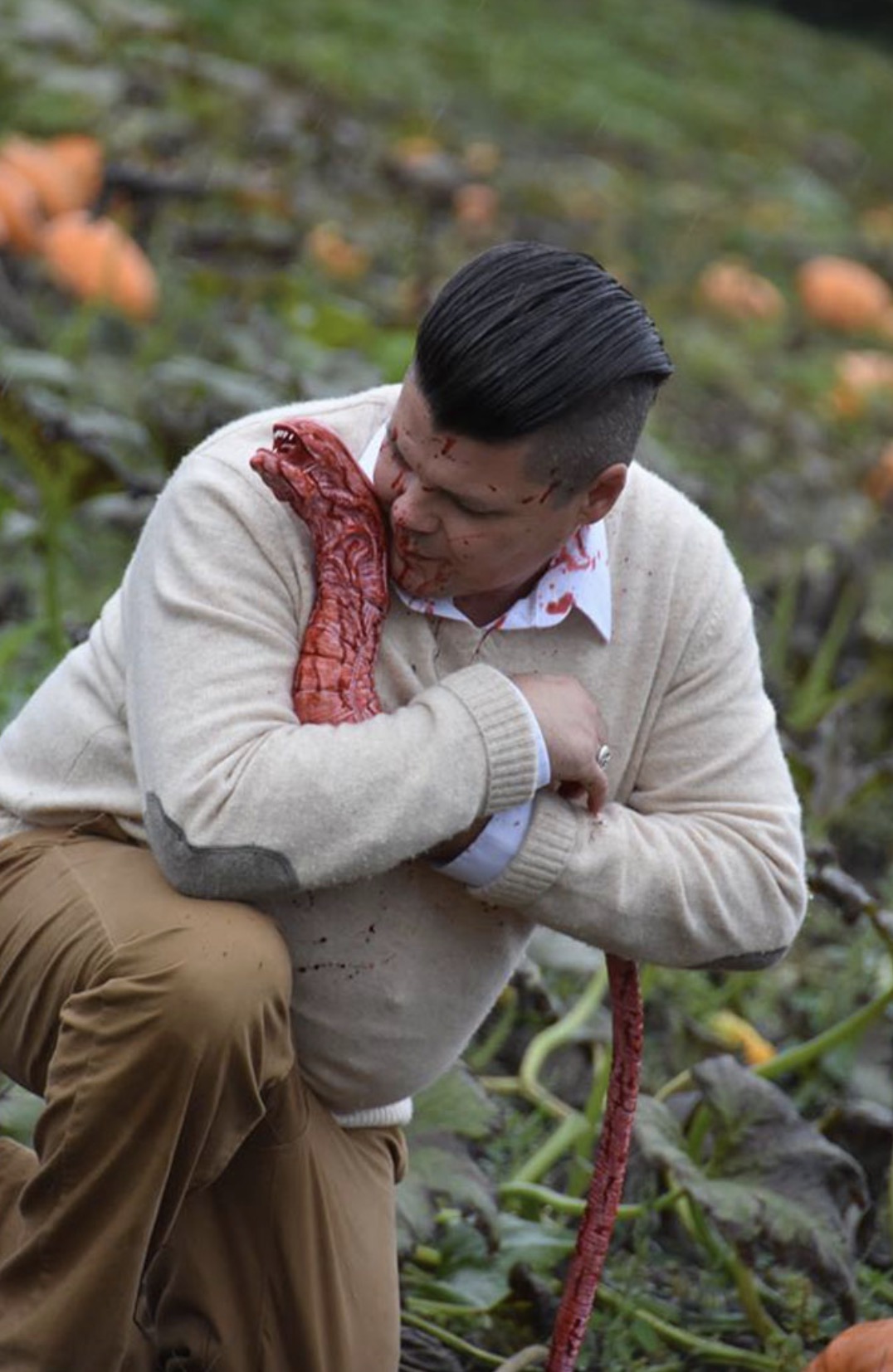 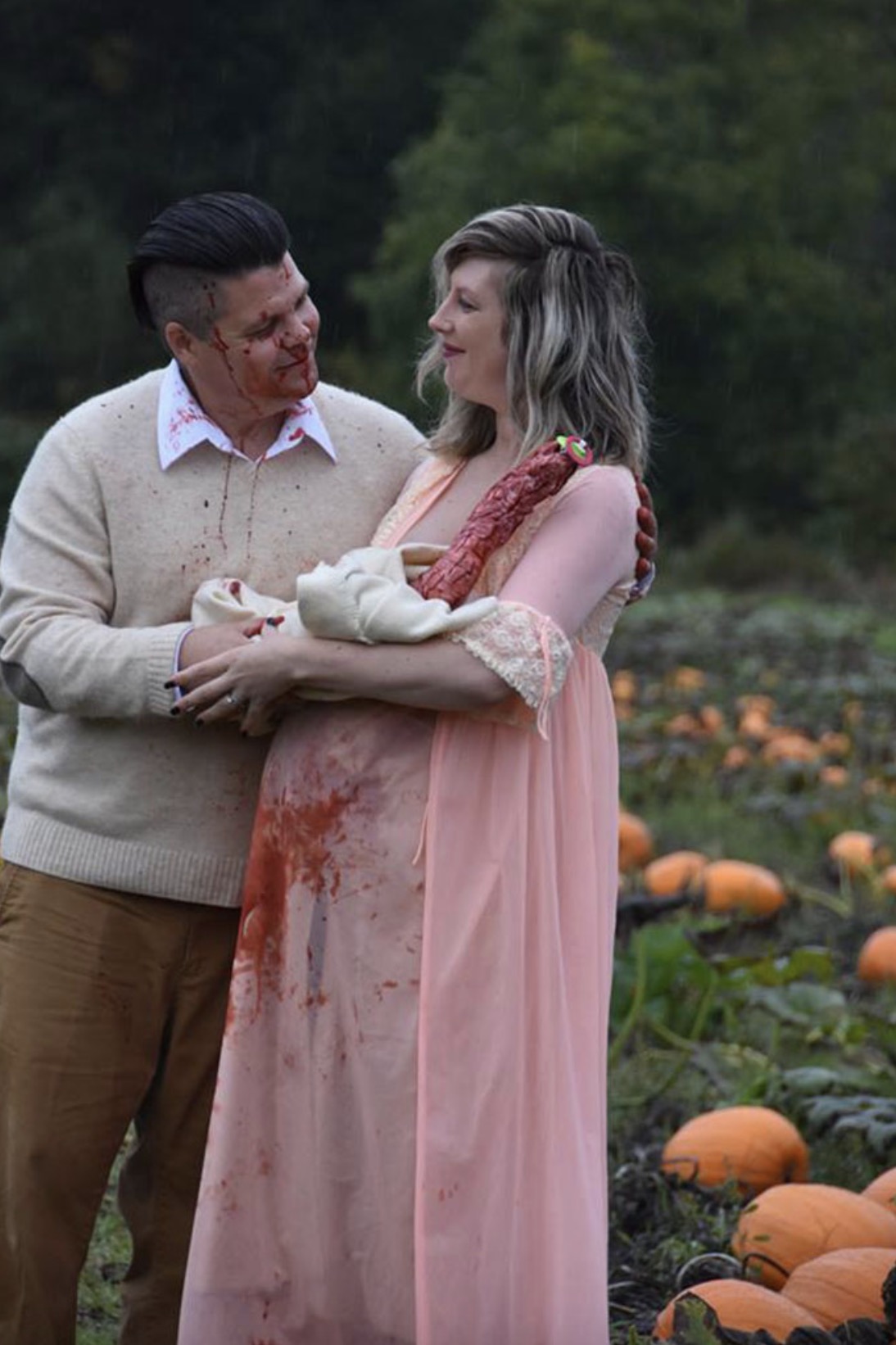 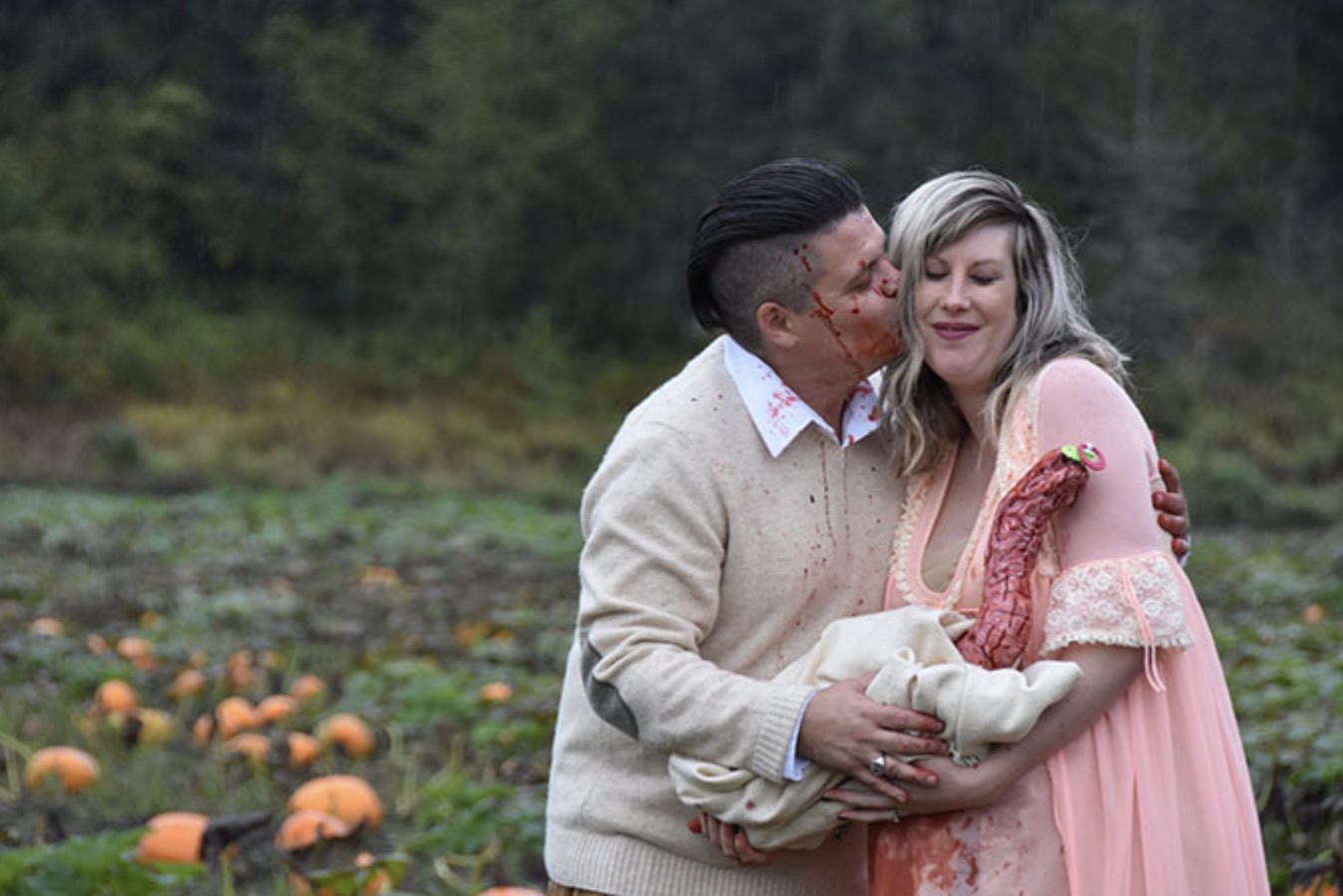 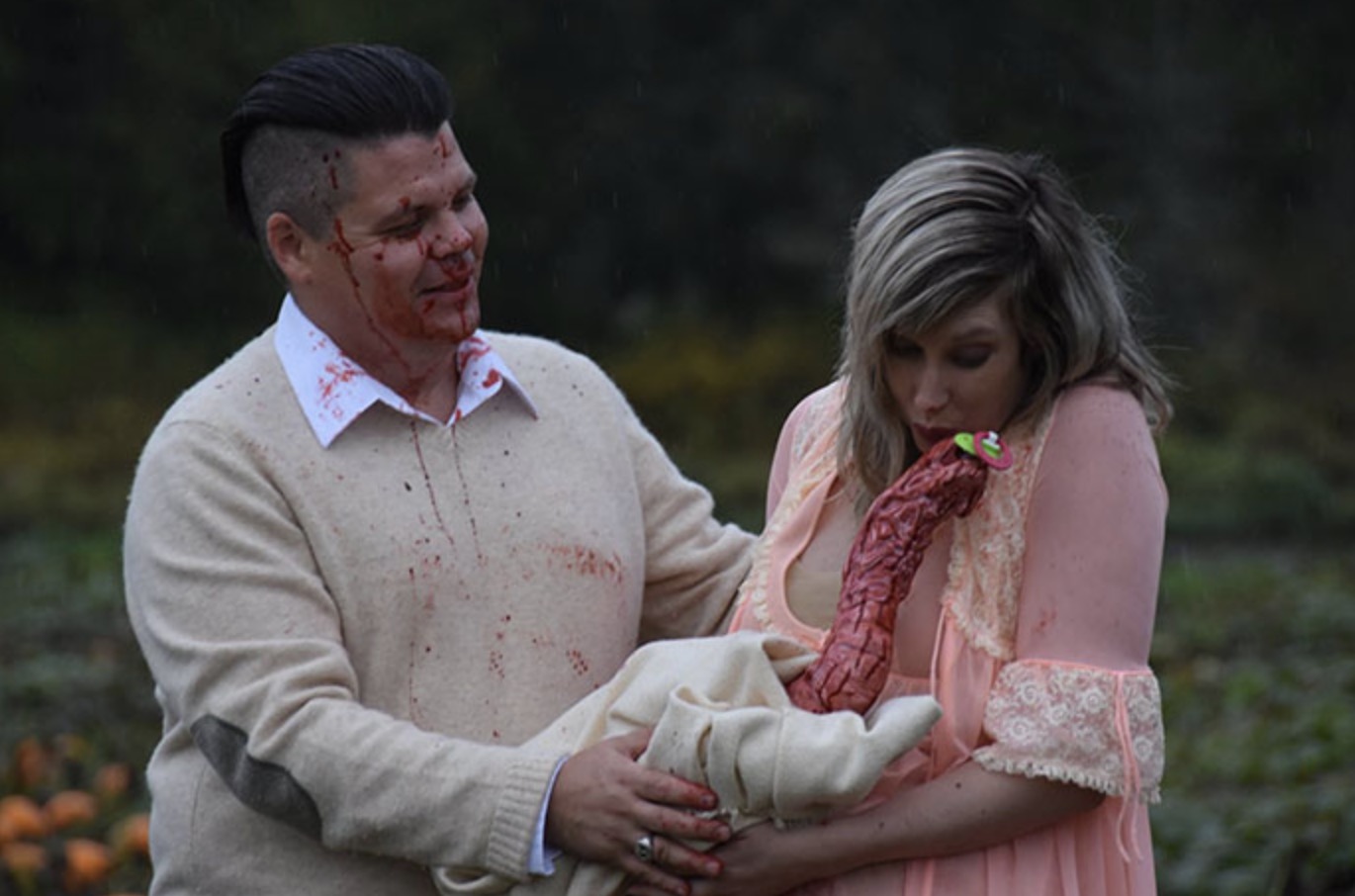 What does a growing baby alien need? A bottle of blood, of course. 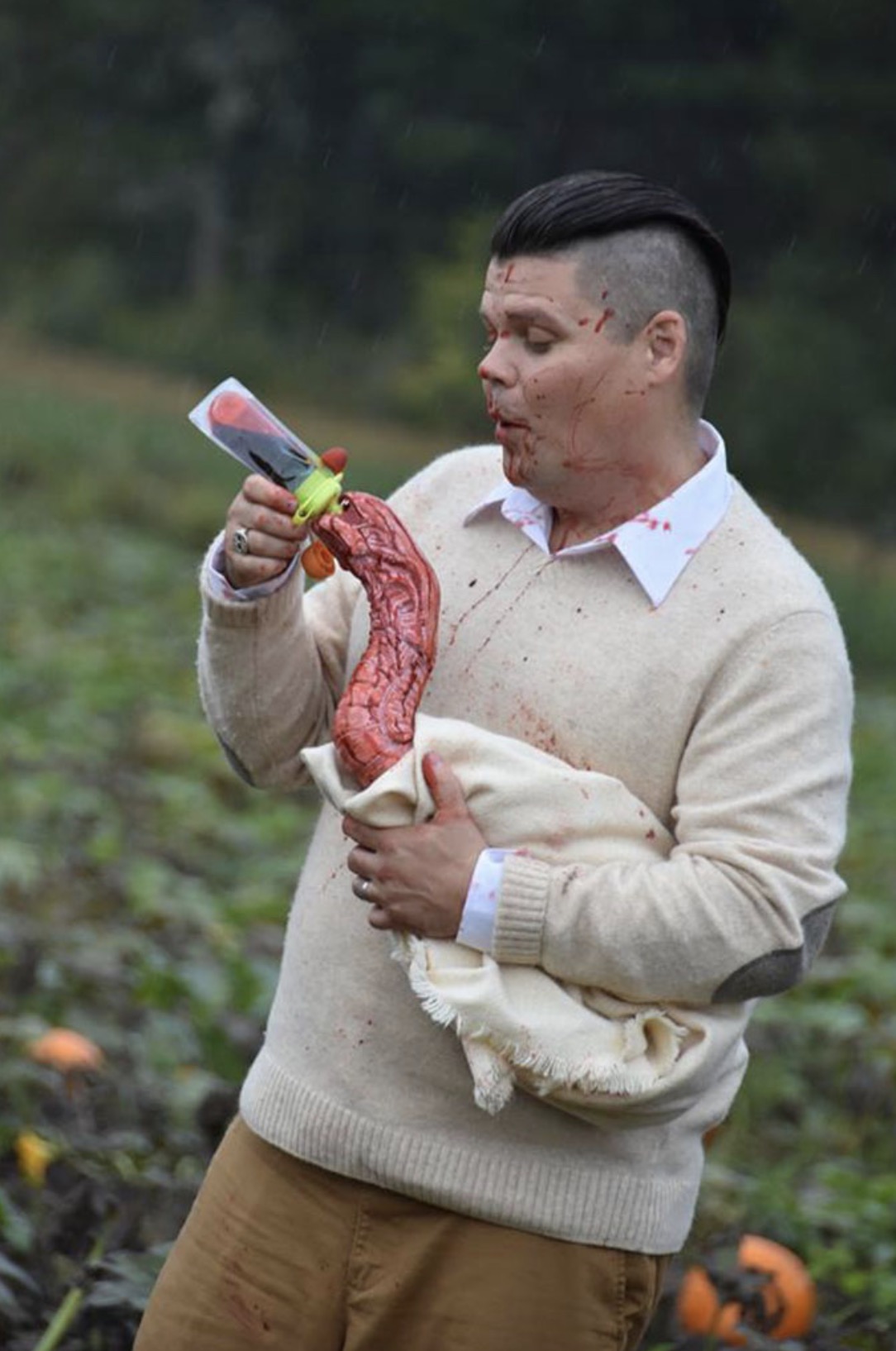 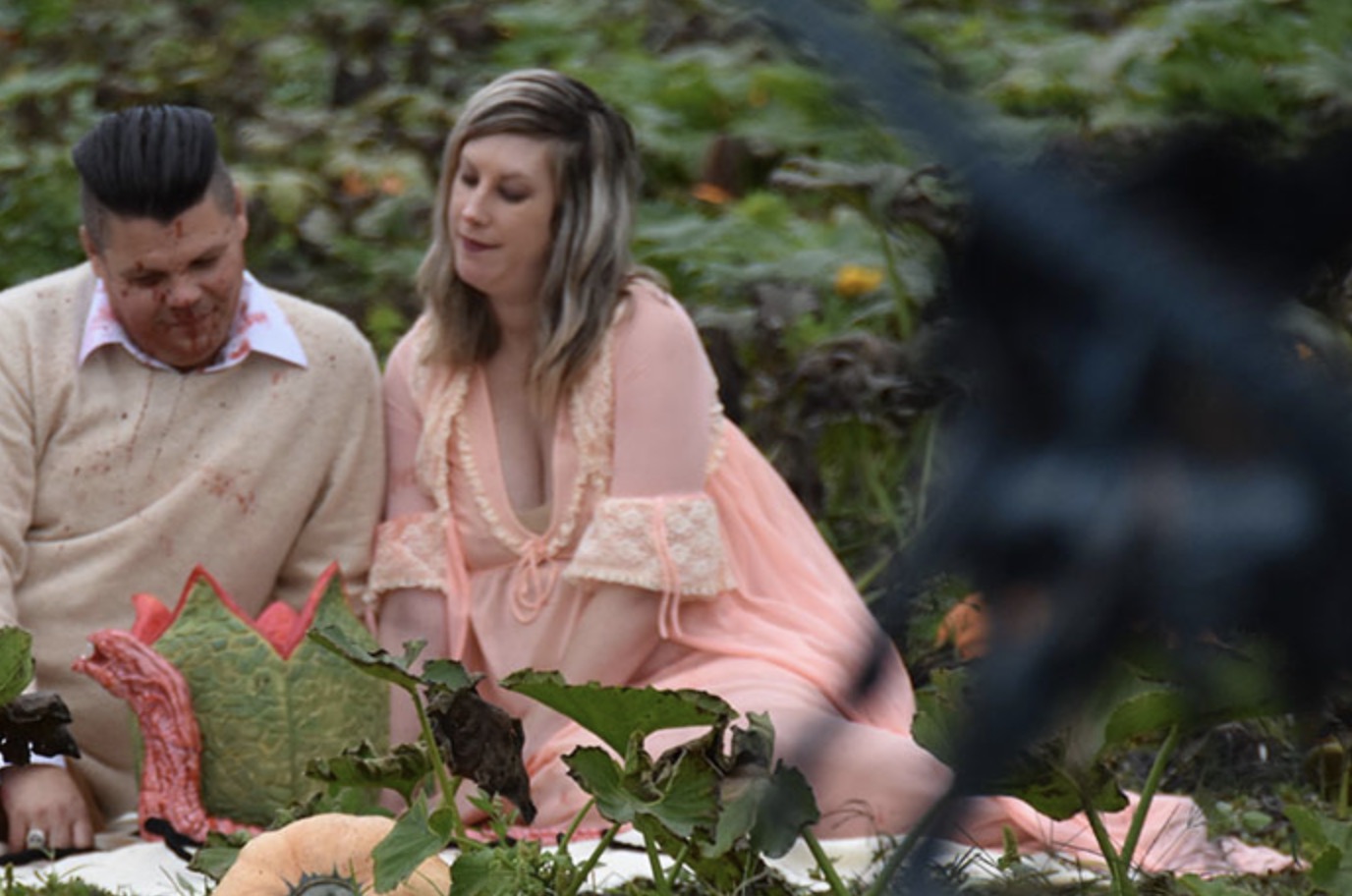 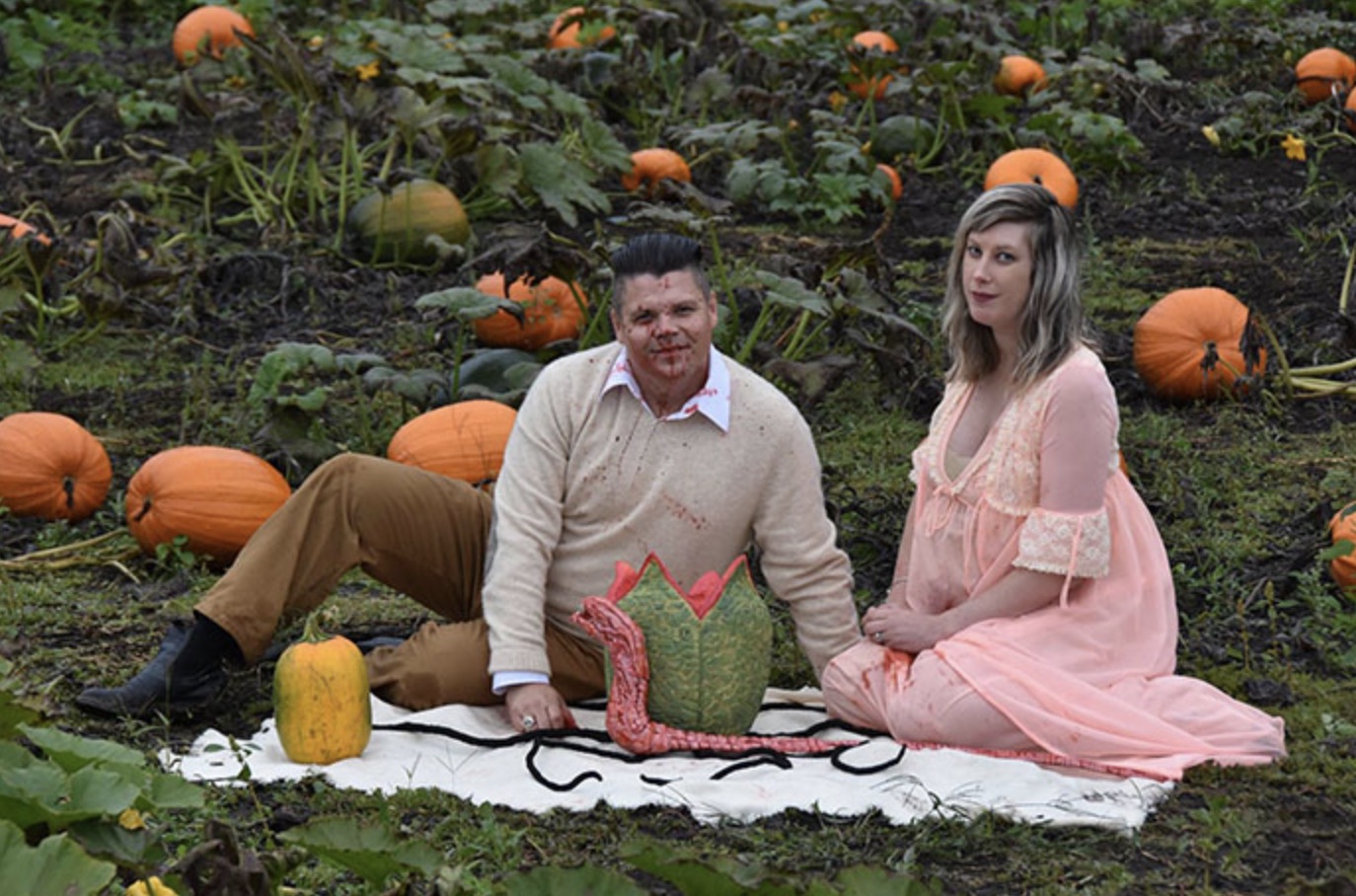 As you can imagine, Todd and Nicole’s photos have gone viral, and most people on social media absolutely loved them. Lots of folks were appreciated a break from pregnancy photo sameness.

Others were impressed with Todd and Nicole’s creativity.

One woman even found the photos to be strangely relatable.

Make sure you check back next year for the kid’s first birthday photos, which will inevitably feature him or her hunting Mom and Dad through the jungle, Predator-style.

15 Funny Tweets That Give Us a Glimpse into the Life of Teachers
Enjoy These 11 Ridiculous Photos of Men Wearing Socks and Sandals
15 Wholesome Photos That Are Bound to Make You Feel Good
13 Funny Tweets People Shared
Here Are Some of the Worst Book Covers You Could Ever Imagine
15 Examples Of People Falling For Obvious Satire
We use cookies to offer you a better experience, analyze traffic, personalize content, and serve ads. Learn more