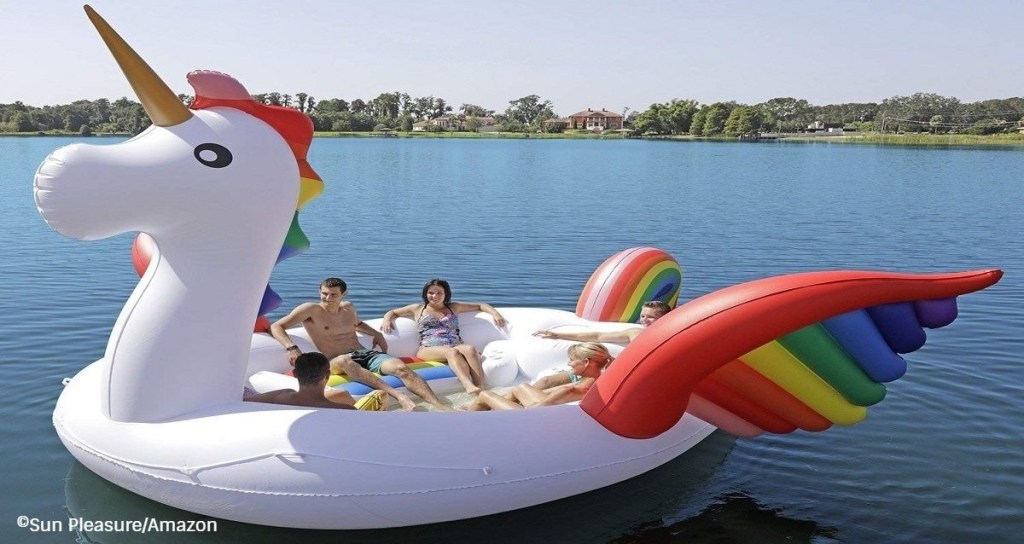 Cops Had to Rescue Four Women Marooned on a Unicorn Float

Checking the news these days can be pretty scary with everything that’s going on in the world. Every so often, however, we find a story that’s so weird and hilarious that it is totally worth your terrible news addiction. This is definitely one of those stories.

Recently, four Minnesota women decided to take a unicorn float out on the lake for a day of fun on the water… only to end up requiring a police rescue when they got stuck out there. Amidst all the crazy news that 2018 has thrown at us so far, this has got to be by far the most relatable.

The enormous unicorn float ended up getting tangled in some weeds as the ladies were floating around Chisago County Lake. Thankfully, the Chisago Country sheriffs happened to be driving by and noticed the damsels in distress. They stopped to help, which is how we ended up with the pure viral gold that is this video:

Driving by a local lake we observed a bunch of women in a ?? stuck in the weeds…Yes a rainbow unicorn… With a handful of laughs and some mad rescue roping skills they were pulled back to the dock! #wherestheglitter pic.twitter.com/qCyhfJqAa9

“Driving by a local lake we observed a bunch of women in a stuck in the weeds…” reads the tweet from the Chisago County Sheriff’s Office. “… Yes a rainbow unicorn… With a handful of laughs and some mad rescue roping skills they were pulled back to the dock!”

Ok, this video was already gold, but a sheriff using “Mad rescue roping skills” in a sentence? Are the cops in Chisago County trying to be the coolest cops in the country? Because they’re certainly making an excellent case for it!

It’s also somewhat reassuring to know that if I were ever stuck in this situation, the police is apparently trained to handle it. I know at least four people who own this float, and I’m honestly a little surprised that this hasn’t occurred in my immediate circle.

The best part of the whole situation is the incredible sense of humor the cops had about the whole thing. 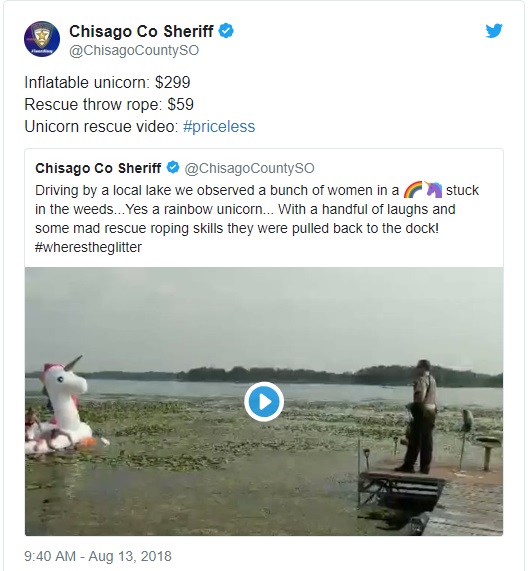 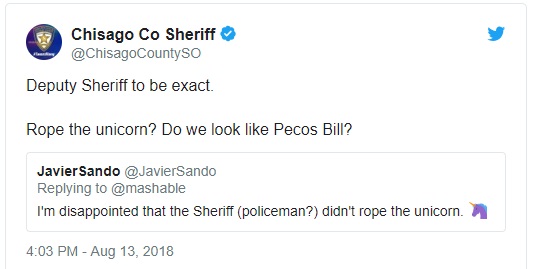 They were also pretty grateful that, for once, they got a call for something that wasn’t life-threatening or too serious – just some people having a good time! 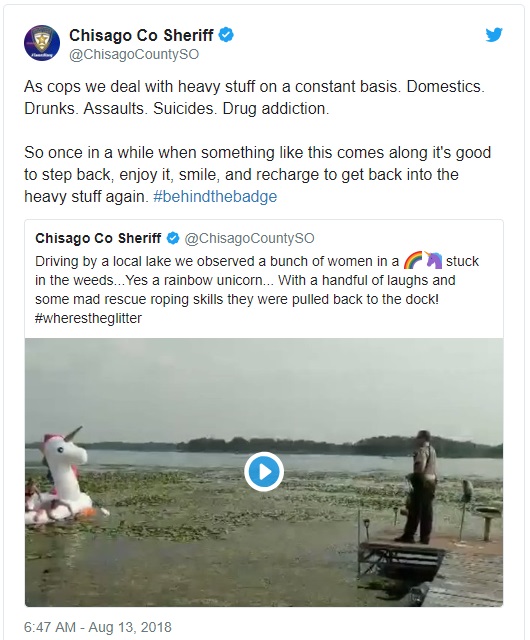 BTW, they’re totally ready to rescue any and all plastic floatation creatures. 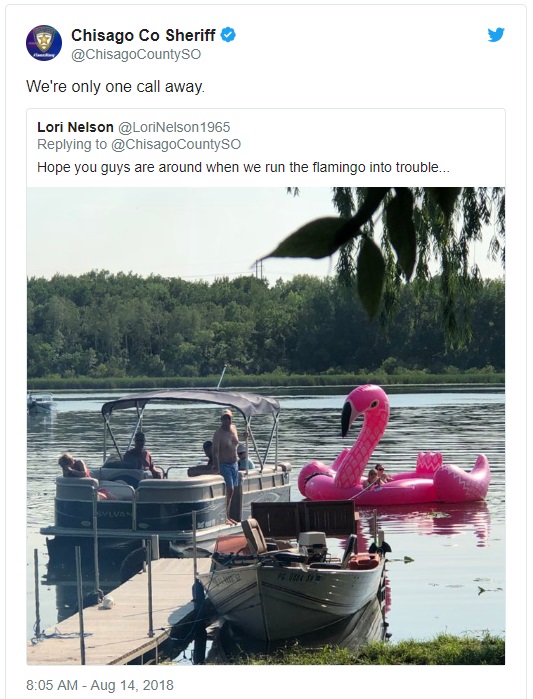 Deputy Scotty Finnegan, the officer behind those aforementioned “mad rescue roping skills” described the entire incident as being a lot of fun. “We had a lot of laughter going on and I believe at the end of the video, one gal chuckled and exclaimed that they were pulled in by the sheriffs.”

Finnegan admits that this was definitely the most unique call he or any officer he knows has gotten, but he was happy to be of assistance. “Everyday law enforcement officers across the world help random citizens by making things a little easier for them, we call them public assists. Saturday was just another day, with a very unique assist!”