You Can Now Turn Your Pets Into Samurai

We live in a Golden Age of Useless Pet Products. Never before has it been so easy to blow hefty sums of money on unnecessary animal knick-knacks. And the latest completely functionless, completely awesome your pet needs is a suit of samurai armor from Samurai Age.

The company is based in Fukuoka, Japan, and they’ll transform your furry friend into a feudal warrior for $125-$146. They’ll make armor for dogs and cats of all sizes–they’ll custom-make a set to fit your pet’s proportions. Unlike real metal armor, pet armor is made with plastic, so it’s lightweight and comfortable. And best of all, some of their samurai suits are based on historical ones, like the iconic red armor worn by 16th century warrior Sanada Yukimura: 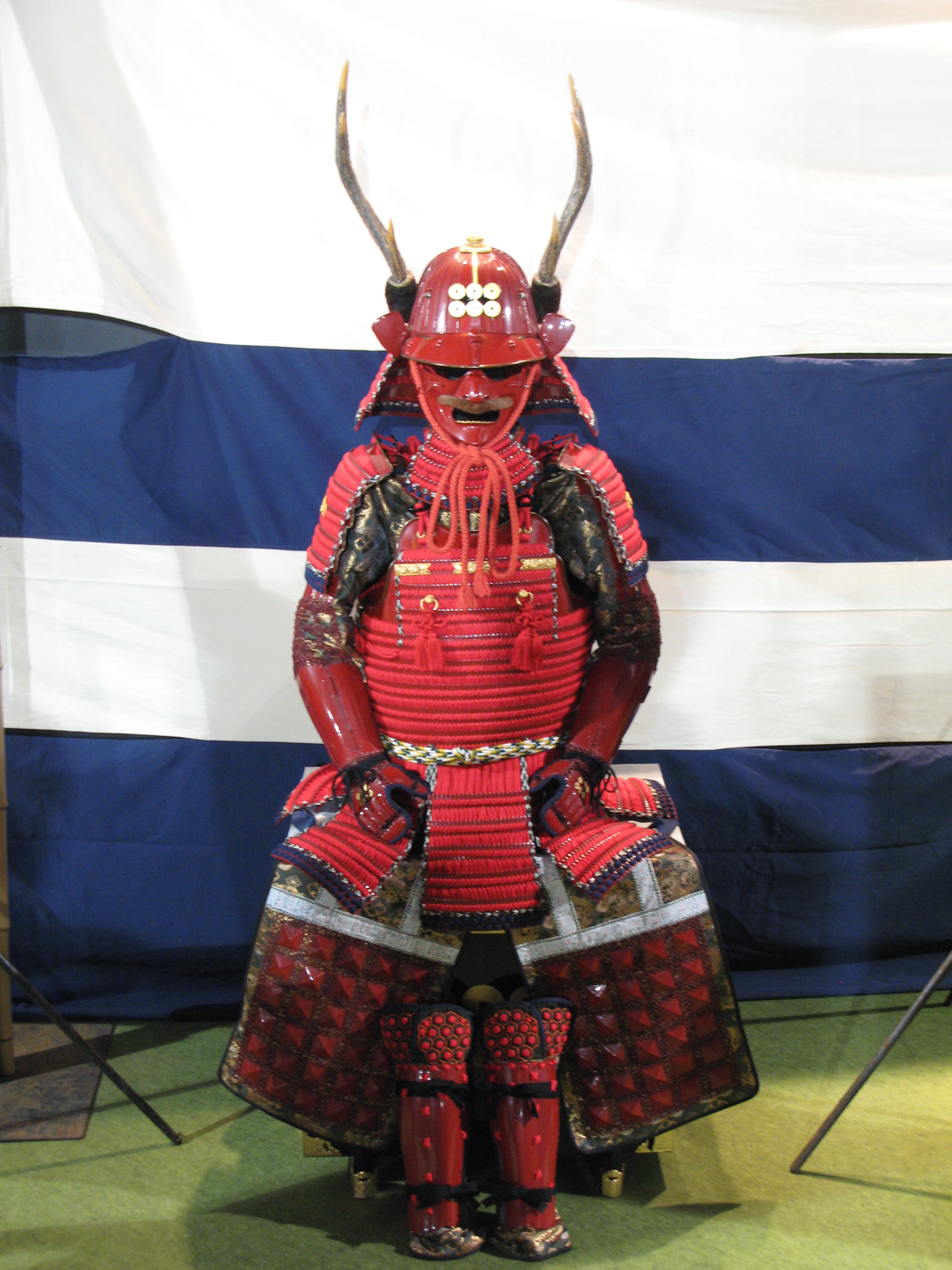 As far as why folks would wanna dress up their pets like a samurai, well, the samurai warrior caste were renowned for their loyalty to their masters, just like dogs are. It doesn’t make quite as much sense with cats, but maybe they’re more like ronin, aka samurai who had no allegiance to any lord. If cats could be samurai, they would definitely be ronin.

But above all, dressing up your pet like a samurai just looks cool. 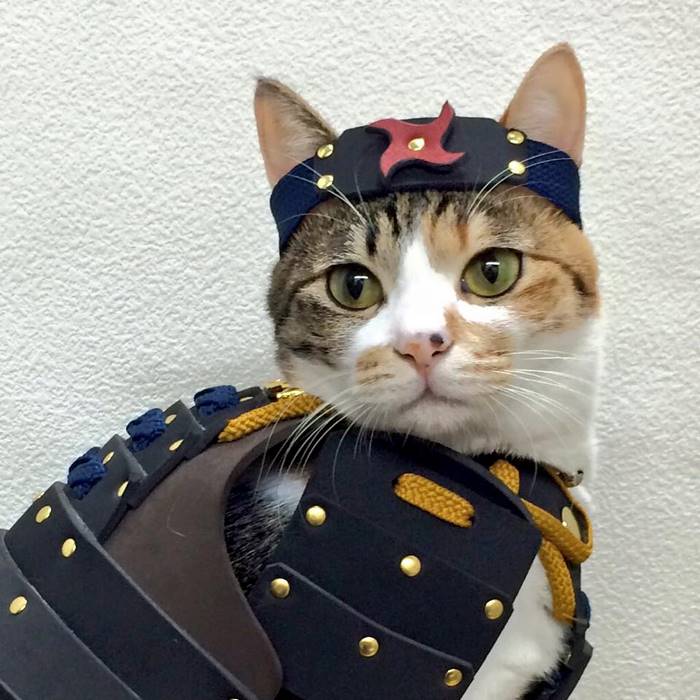 She was going to practice swordfighting, but then she took a ten-hour nap. 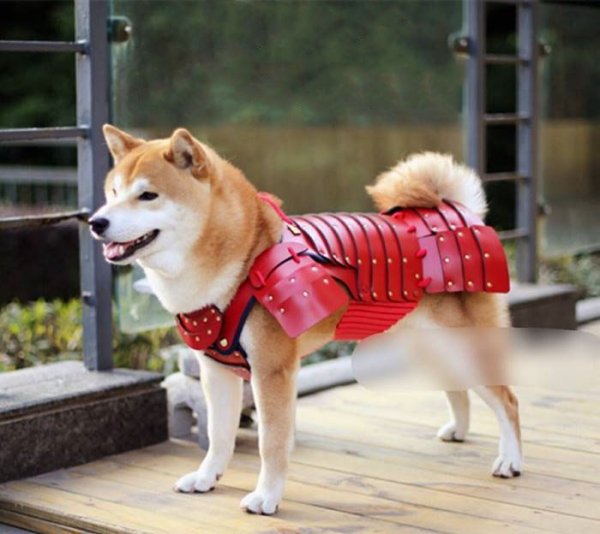 He’s a courageous warrior, unafraid of anything. (Except Roombas.) 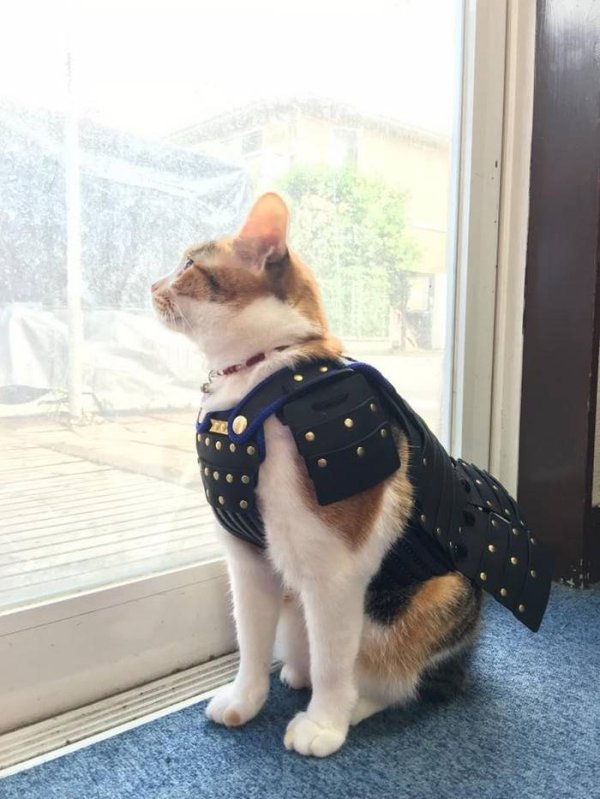 Protecting the house from invaders, like water bugs and beams of sunlight. 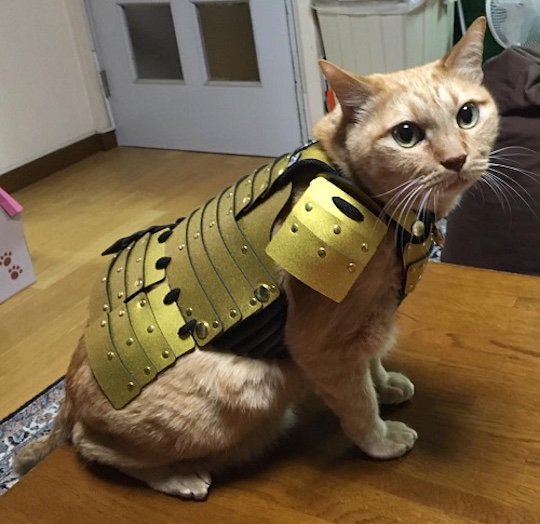 He’s seen a lot of bloodshed. Particularly when his owner put the armor on him. 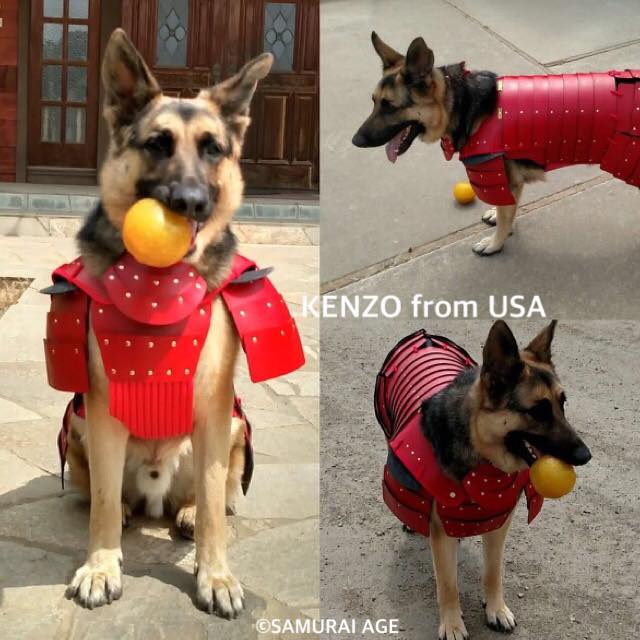 First, we fetch. Then, to battle! 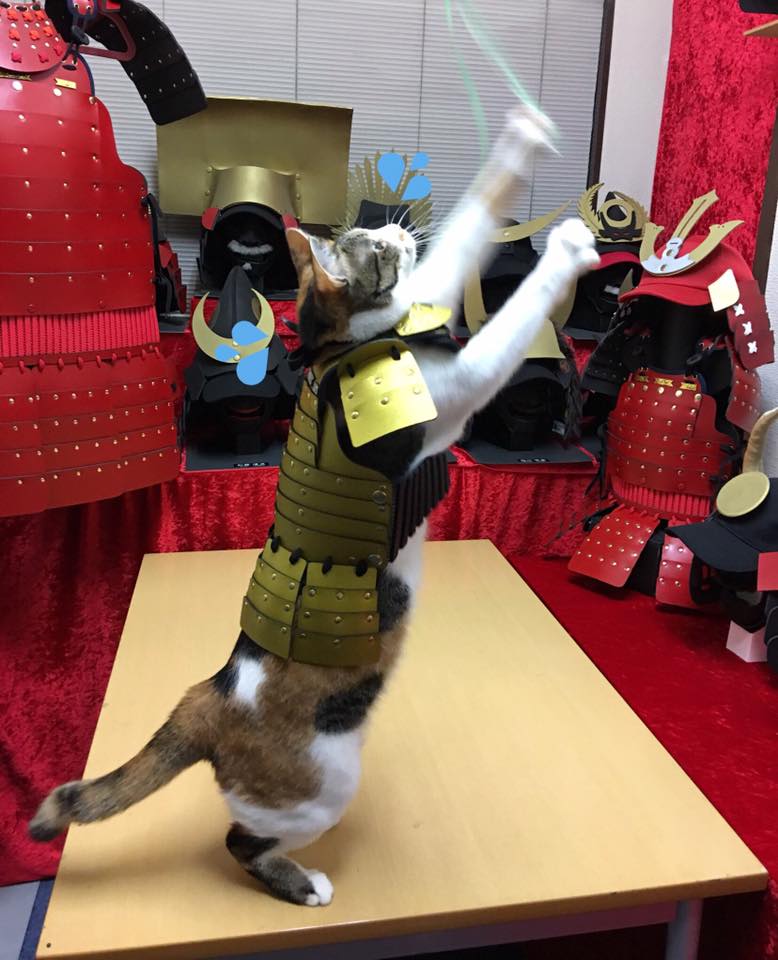 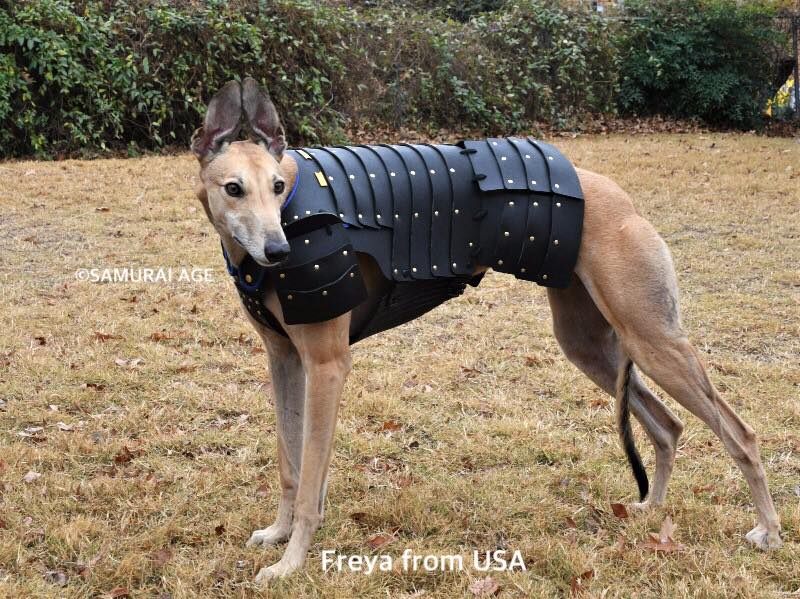 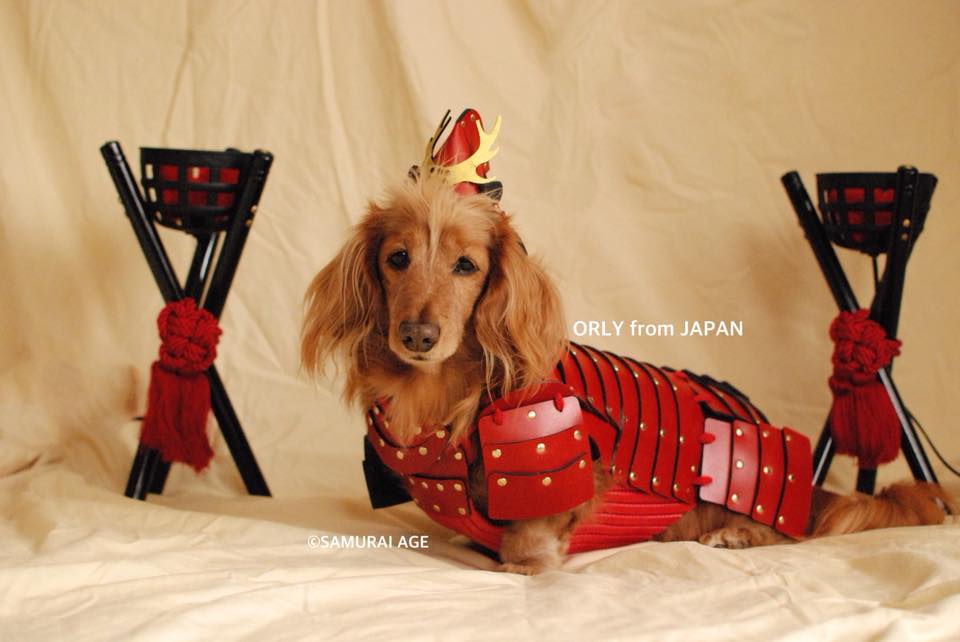 This fearsome warrior has vanquished a dozen couches and over 80 pairs of slippers. 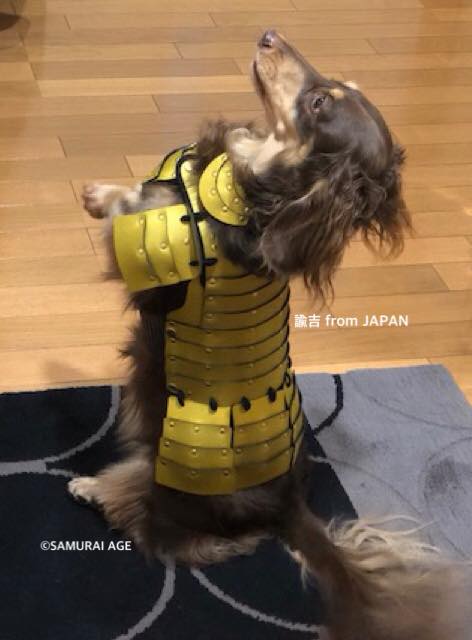 Mercenary for hire, can be paid in treats. 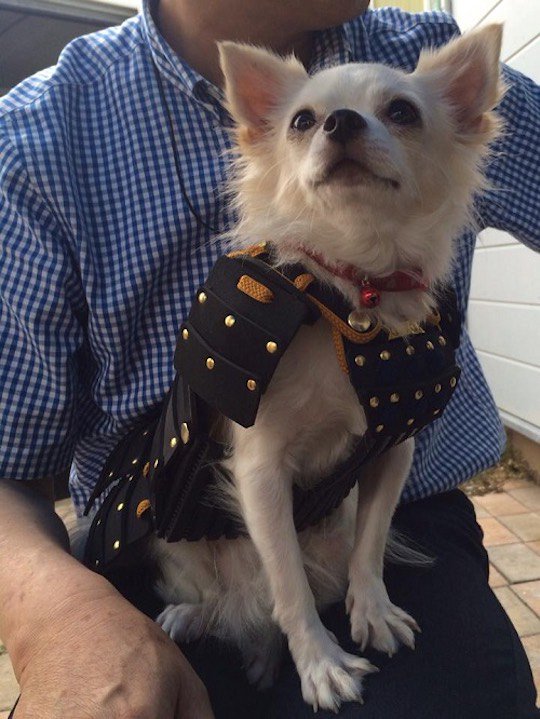 This fella will be played by Dog Tom Cruise in The Last Dog Samurai.