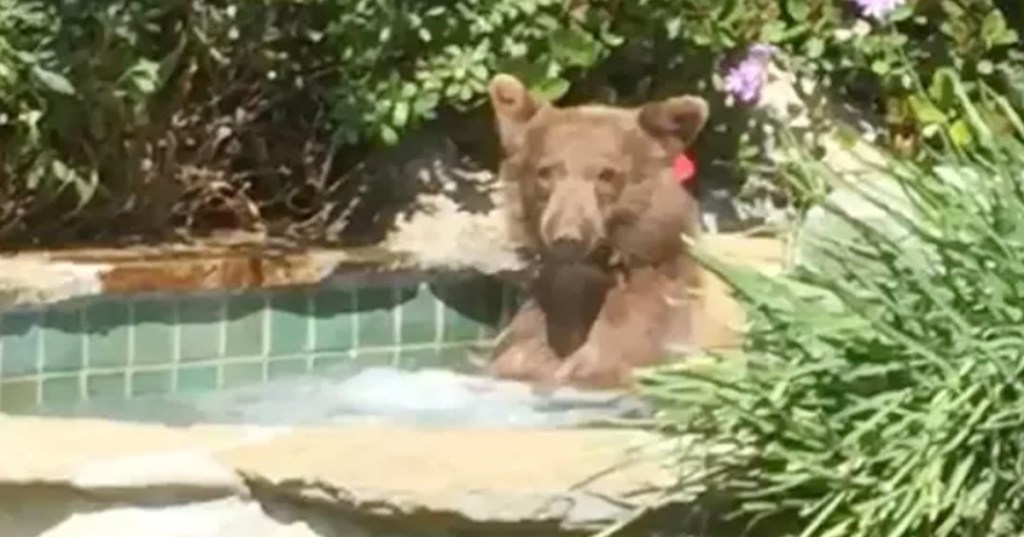 Humans and wild animals have always been neighbors. As humans have taken over the wilderness and transformed it into cities and suburbs, animals have been left with smaller and smaller areas to live in. Some animals struggle to adapt to dwindling room and resources. Others adjust a little too well. Like this bear, who recently enjoyed an afternoon of hot tubbing and day-drinking that left us feeling a bit jealous, if we’re being honest.

Last Friday, Altadena, California homeowner Mark Hough and his wife were looking forward to relaxing in their jacuzzi after a long work week. “My wife came home from work and requested a margarita, so we made a couple margaritas and went out to the pool to relax in the sun,” he told Buzzfeed. “Then, I heard some crackling of branches coming from my neighbor’s side of the property.”

At first, Mark thought the noises were his neighbor doing yard work. But when the noises got closer, Mark decided to investigate. That was when he found himself face-to-face with a bear. He alerted his wife, and the couple grabbed their dogs and retreated into the safety of their house.

A few moments later, Mark checked the yard and discovered that the bear had made itself right at home: 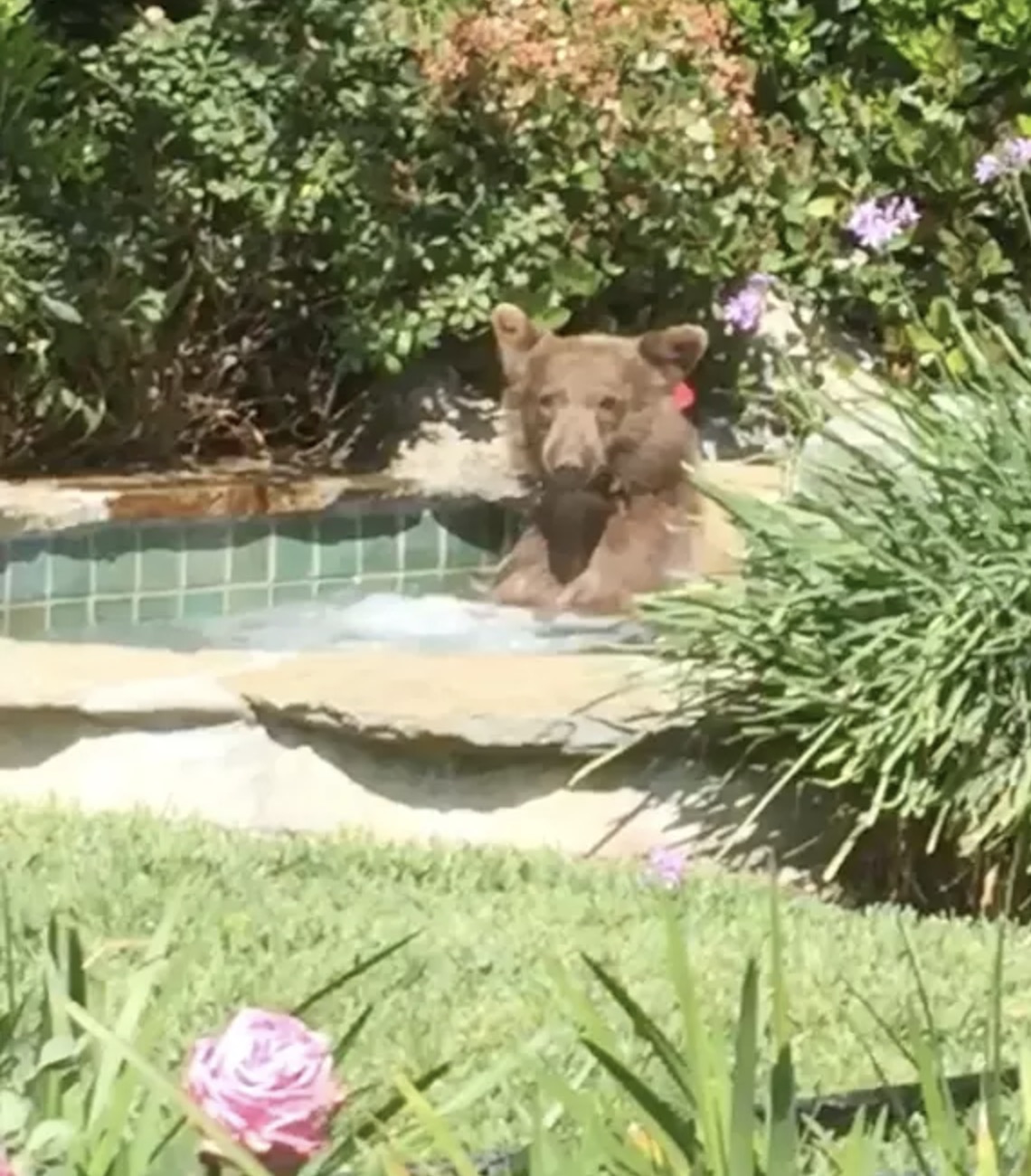 The bear was sporting a red ear tag, indicating that it’s previously had some form of contact with humans, and it was definitely comfortable in the Houghs’ hot tub. Hough observed the it splashing around, playing with the hot’s chlorinator and batting the tethered thermometer into the air, like a toy. Mark grabbed his phone and filmed the bear luxuriating in the jacuzzi jets.

But the bear wasn’t done. After the dip, the bear climbed out of the hot tub and found its way over to Mark’s abandoned margarita. (Mark’s wife wisely grabbed hers on the way into the house.) And then, fully embracing the spirit of summertime, the bear lapped up the sweet-and-salty booze. 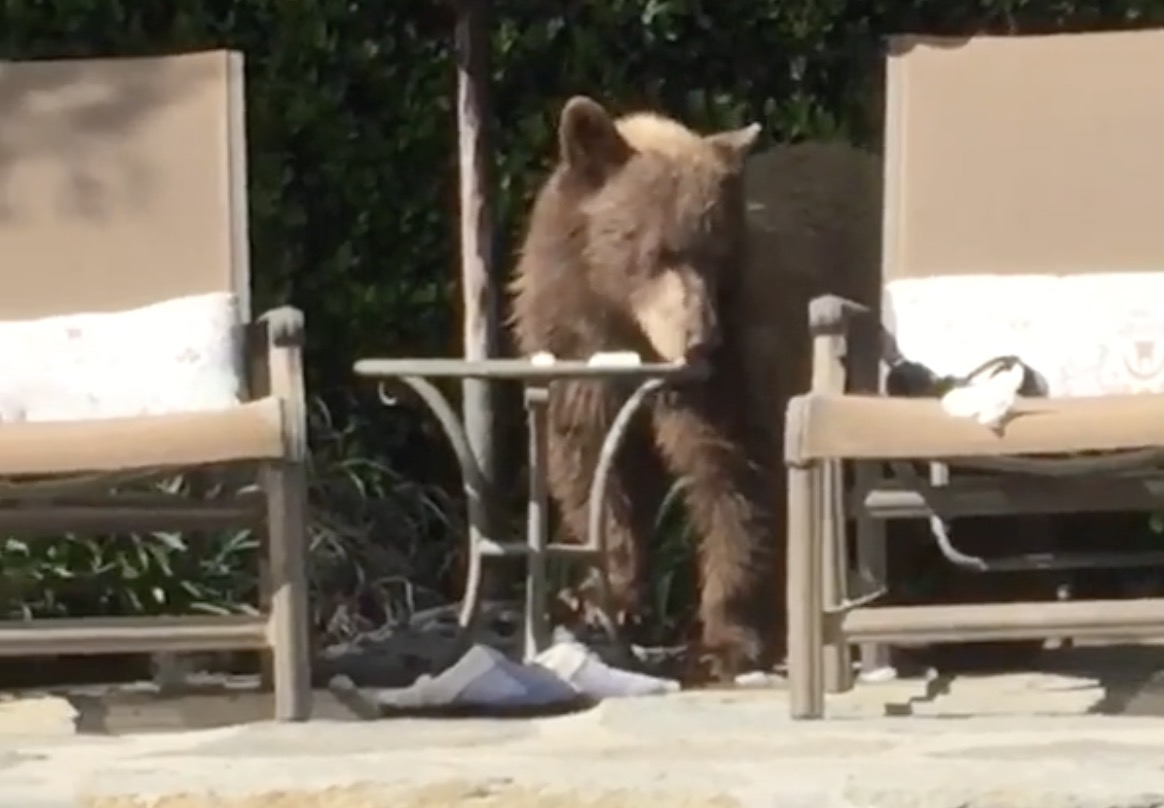 But his neighbors did. Los Angeles County Sheriff’s Deputy Joana Warren told the Associated Press that they received six reports of bear sightings in the neighborhood that Friday. Maybe our new best friend was looking for more cocktails.

Understandably, people on social media were charmed by the ursine interloper.

Californians (like the voice of Solid Snake!) didn’t miss a chance to show their state pride.

One even wanted to update the state flag.

Even the margarita-in-a-can people joined the fun. 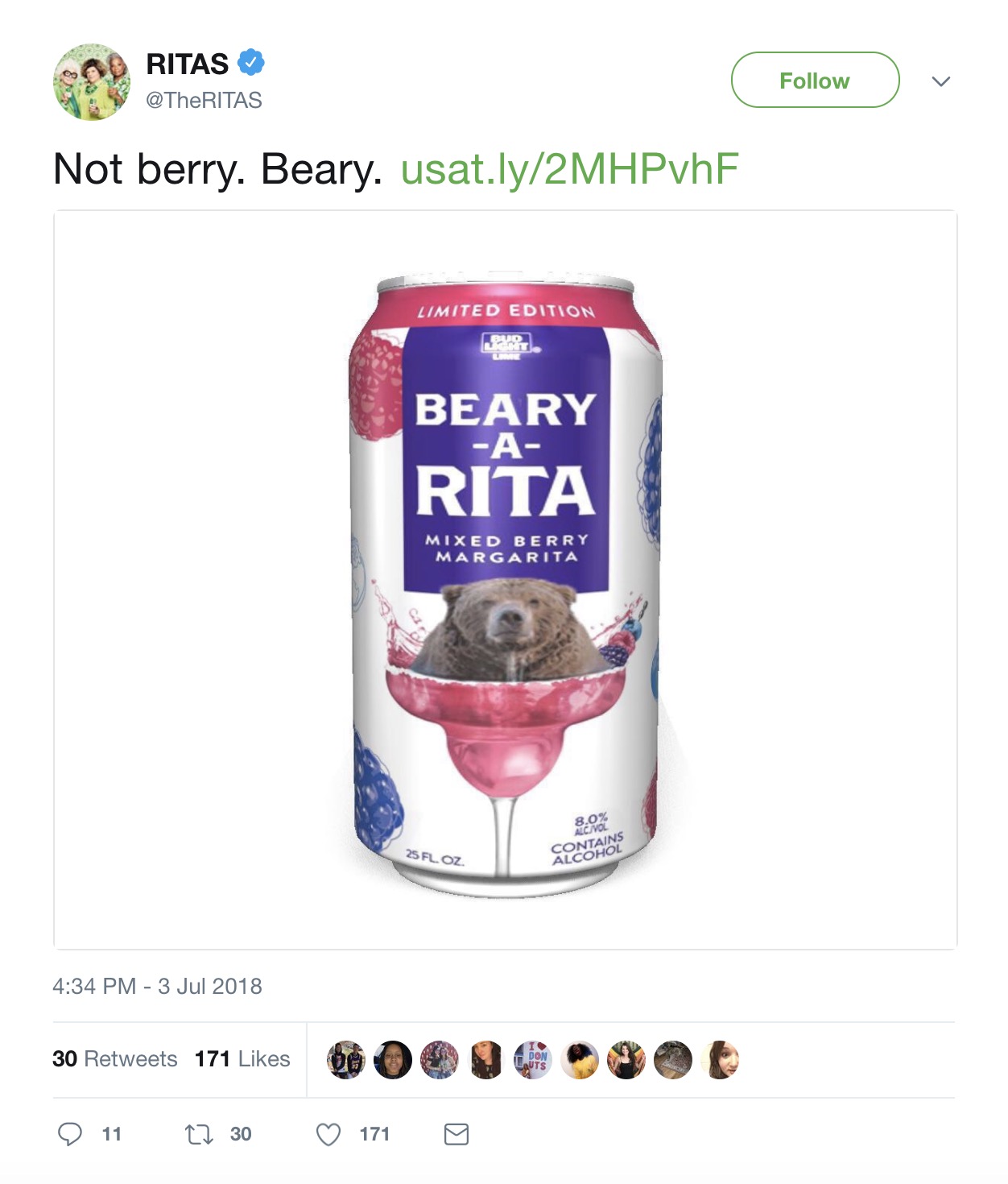 But most of all, people were envious that a bear gets to have fun in the sun, while they’re stuck indoors. 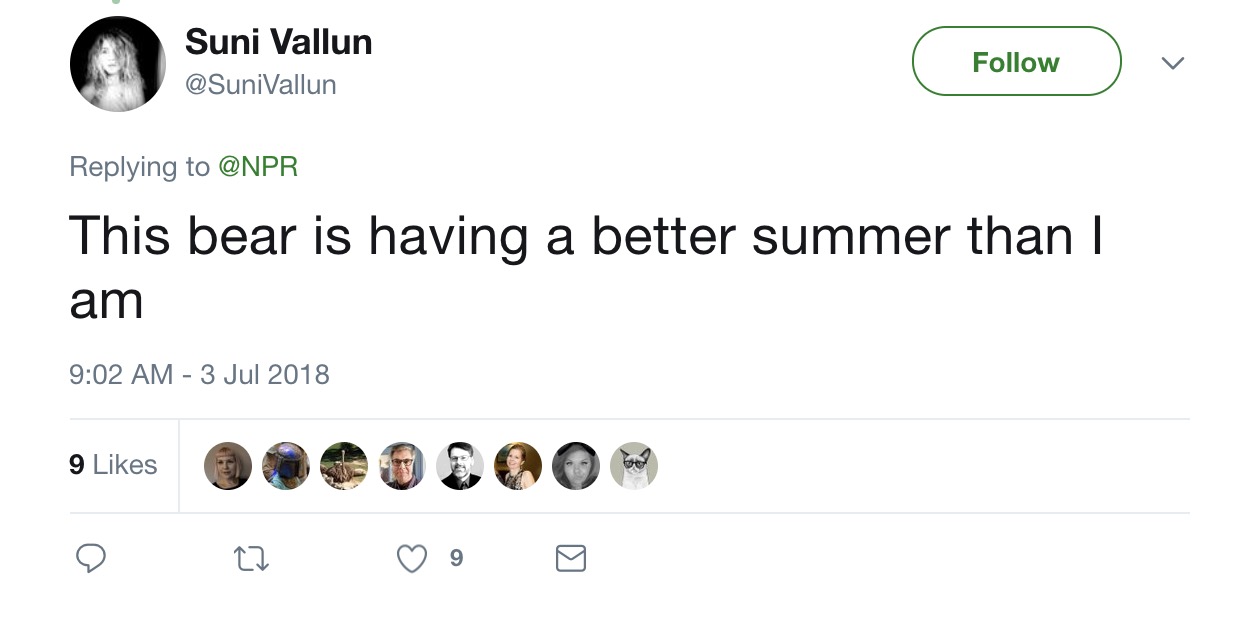 As for me, I think this incident should inspire an updated version of Goldilocks and the Three Bears, where Goldilocks and the bears all get hammered on mezcal. Sure it might not send the best message to children, but at least it has a happier ending.