The world could use some more people like Elin Errson right now. The student activist from Sweden gained worldwide attention when she refused to take her seat on a flight from Sweden to Turkey.

The reason: a 52-year-old man on her flight was being deported from Sweden and was to ultimately end up back in his native Afghanistan after the stop in Turkey. Errson live streamed her protest on Facebook for the whole world to see.

Errson’s actions paid off, as the man was eventually escorted off the plane by Swedish authorities.

Errson has been working with refugees from Afghanistan for the past year. She said, “I hope that people start questioning how their country treats refugees. We need to start seeing the people whose lives our immigration [policies] are destroying.”

Many are calling Errson a hero. 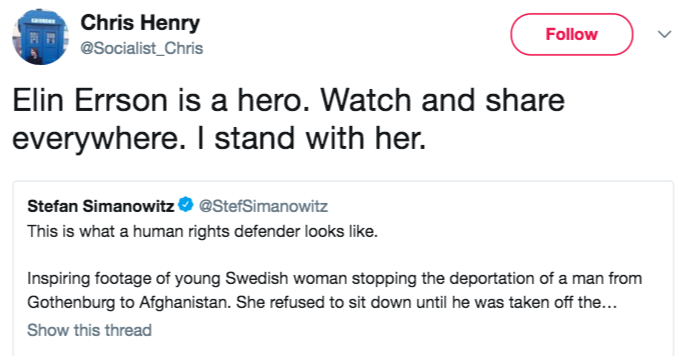 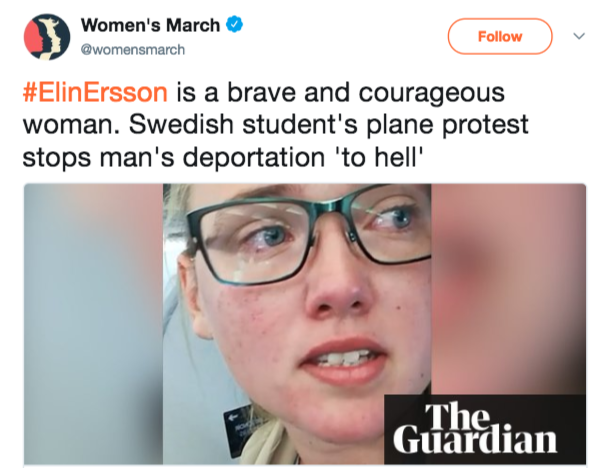 Keep up the good work, Elin!