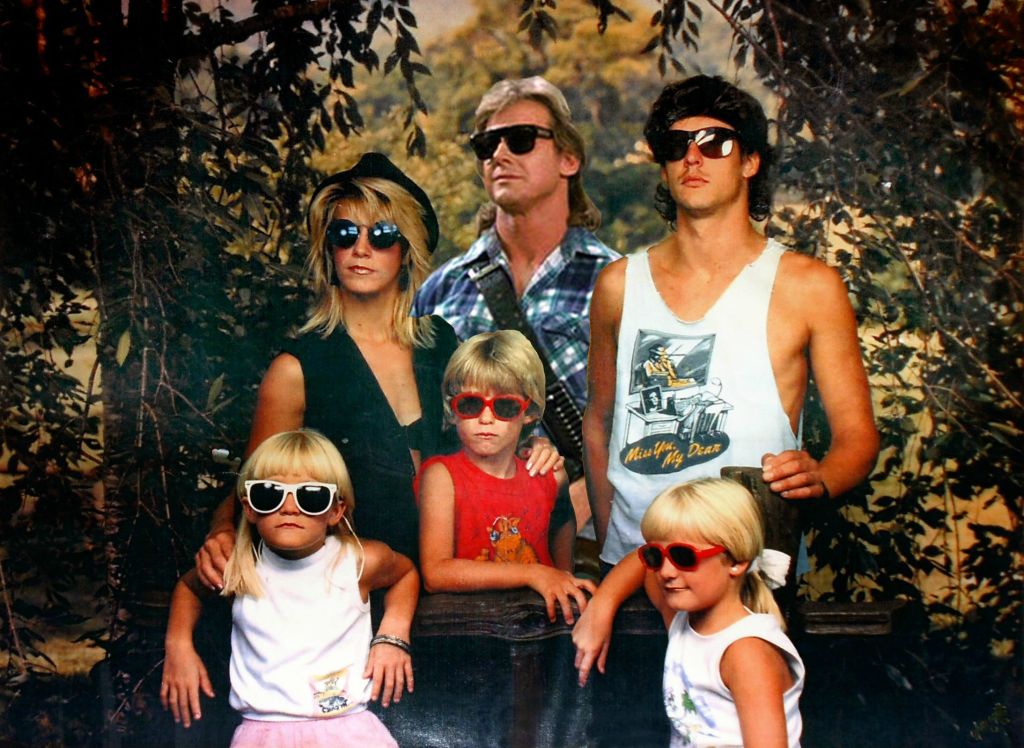 These 6 Photos Earned Their AFP Hall of Fame Spots

Our entire website is all about awkward photos, but we have a Hall of Fame for those special ones that go beyond awkward and into a new, as-yet-unnamed territory.

Here are six of the favorites: 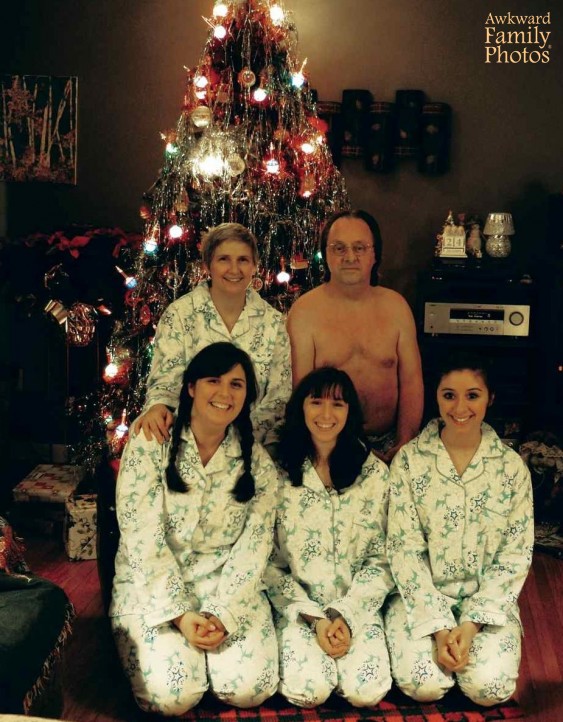 Did he refuse to wear his?

Did they not make one in his size or maybe not for dudes at all?

…Or was this the plan all along? 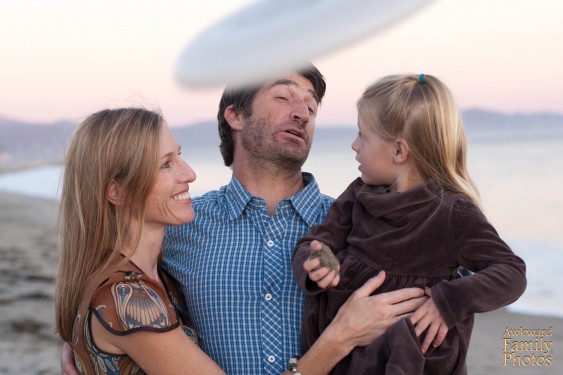 Thanks to Nora who submitted the photo and the following:

This family portrait was taken during a beach photo session.

Yes, that is a frisbee flying towards my husband’s face.

Fortunately, nobody was seriously injured in the process, and we DID end up using this picture on our Christmas card that year.

It just pretty much sums up our family in a way no words can. 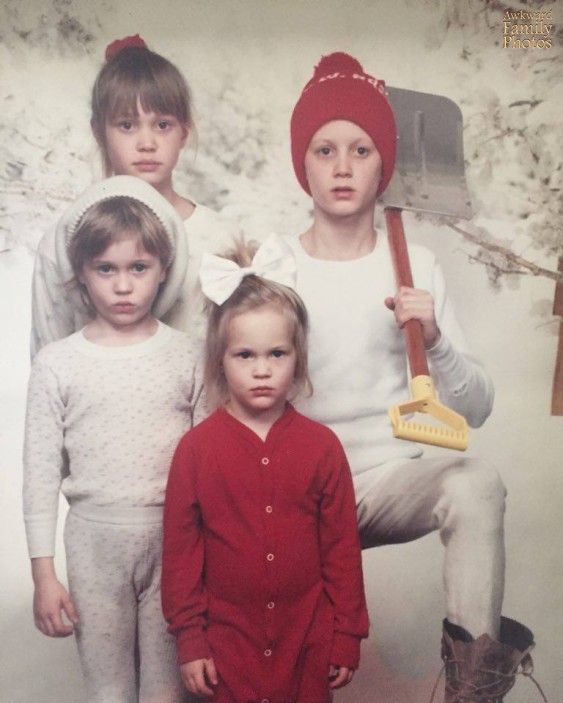 Emily, who submitted the photo and is (presumably) one of the subjects, blames all of this on her mother:

My mom didn’t like regular family portraits, the ones where everyone cleans up and pretends to like each other, because that would not be an accurate portrayal of her kids.

This photo is the second in a series of really freaking embarrassing at the time, but funny as hell now, family portraits.

Our only obligation, aside from dressing for the theme, was to NOT smile.

This was the most important and we would all get passed if we had to wait for another jackass to stop smiling. Sometimes it took forever. But yes, smiling was not allowed.

This picture was the 2nd we had done. The first, we dressed in camouflage and toted water pistols in what has been lovingly named Camp Nicaragua.

There was also the Lion Tamer, The Beach, and I think the last one was some Little House On The Prairie theme. 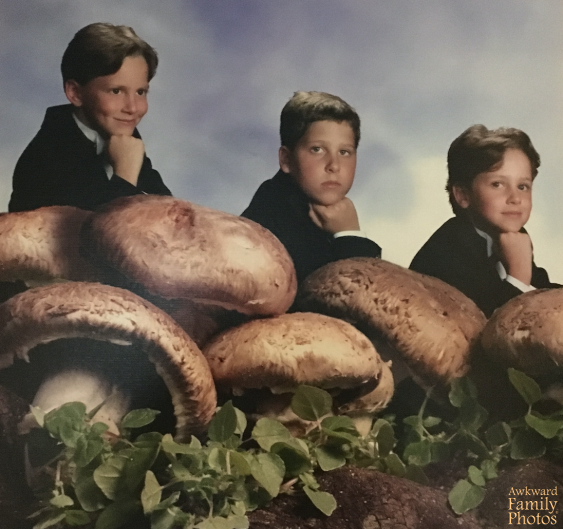 Joanna snagged this for us from a family wall, and there was no way it wouldn’t make it into the Hall:

This is hanging in my cousin’s house.

They hired a new family photographer that year and thought this was a great idea. 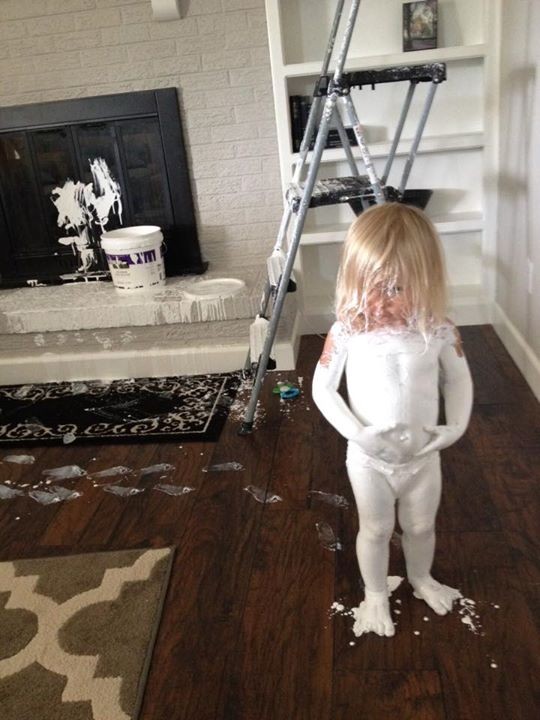 Victoria Farmer left her two year old daughter alone in another room to nurse her infant son and knew something was up when things got “scary quiet.”

Cleaning her was the easy part.

Cleaning it off the fireplace before it set in was the scary part.

Plus it’s a discontinued paint on the fireplace and our house is going on the market in a week, so the timing was pretty incredible. 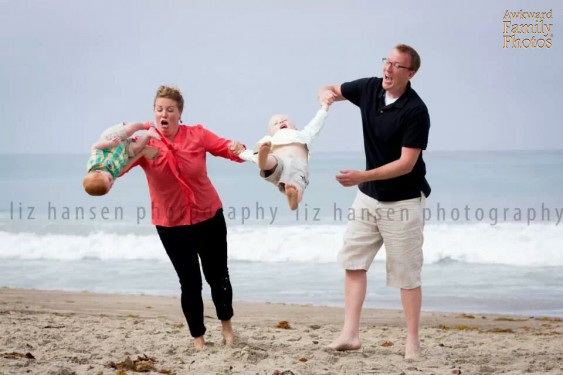 A family reunion at the beach turned even more awkward when they tried to catch some candids. Dad filled in the details:

We had just finished up a family reunion in California and decided to do some family pictures on the final day. Before this photo was taken, we had just spent time getting about 18 people (many of whom were kids) to pose for a large family picture. Those with young ‘uns can attest that sitting still and smiling for the camera are like torture to a 4 year old, so by the time we had finished with the large family we had used up all of my 4 year old’s good graces and he was in a sour mood.

So we attempt to take pictures of just our family and things are going south quickly. Both kids are crying and we are pulling our hair out trying to get one good picture because we’re a happy family dangit and we’re all in coordinating colors that have been meticulously chosen and fretted over. Someone had the idea to do a “candid” photo of us swinging our kids to hopefully raise our kids’ spirit and relieve some of our stress by flinging our kids around.

First couple of shots go fine. As we wind up for the final one I notice something out of the corner of my eye. E (the baby) is at a weird angle and my wife is yelling “GAAAAAAAAAAAAH!” instead of the usual “Wheeeeeee!” So I know something’s about to go down.

I watch my son gracefully do a full backwards layout and land flat on his back in the sand. He’s stunned for a moment, cries for a minute, but after about 2 minutes of sniffling he’s back to his regular self, smiling and laughing.

The kids are both OK, but you’ll notice that Dad is holding the redhead in this shot from the AFP Exhibition in Santa Monica: 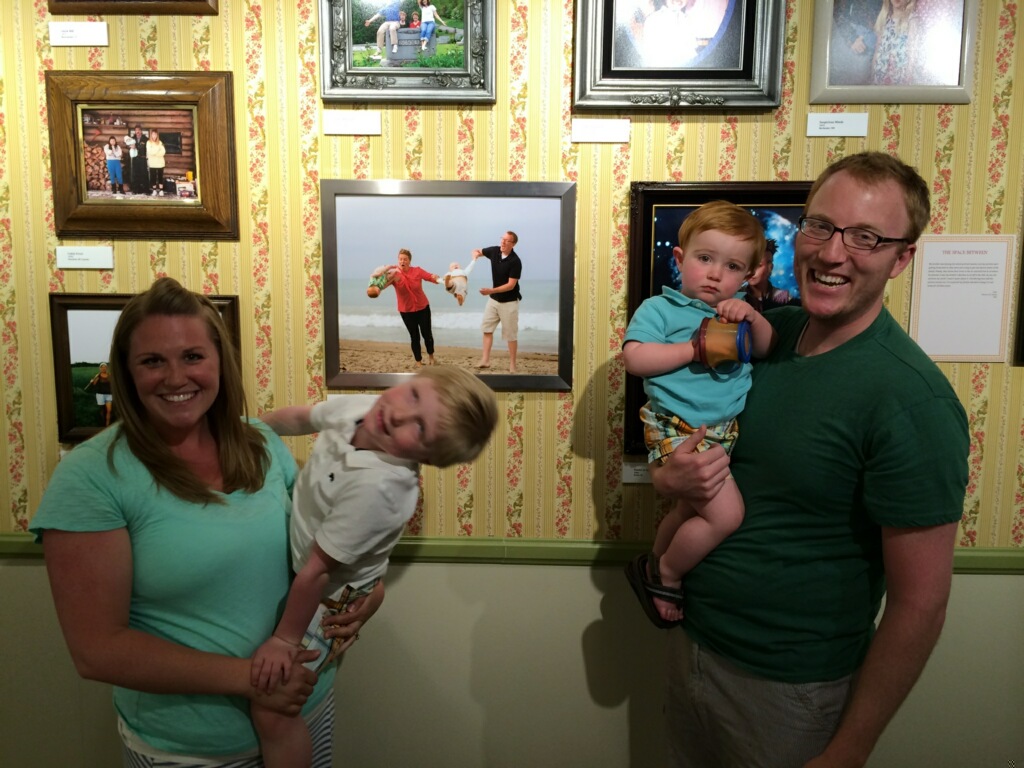