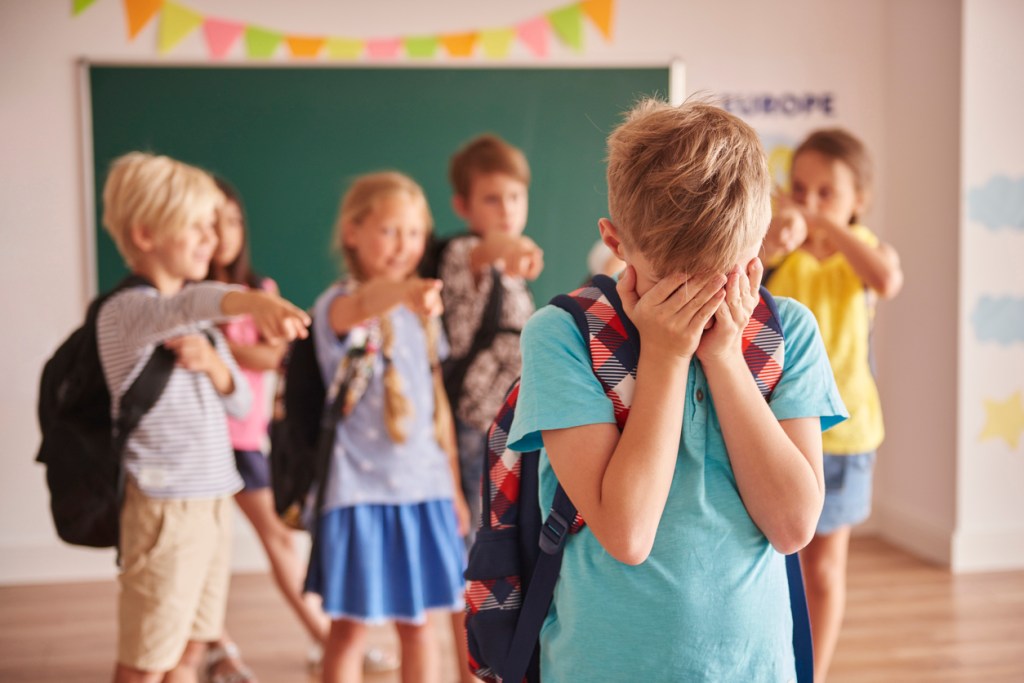 31 Times Parents Were So Overbearing, We Were Embarrassed for Their Kids

Parents. They’re a necessary evil – at least, until they go so far over the top that it’s just unjustifiable. Check out these 31 stories of parents who went waaaay too far.

If you aren’t a parent yet, take some notes on what NOT to do.

A girl came to a sleepover I was invited to when I was around 14 or 15. This girl had to call and ask her parents before we could watch ‘Mulan.’

They said no because it “glorified the occult”.

I went to a private Catholic school. The first day of freshman year, one of my classmate’s parents followed him around the entire day with a video camera to document it. The mom followed him around like he was a lab rat. Everyone was either awkward or laughing at him. When the school day was over, the mom made him pose in front of our statue of Christ [so she could take] pictures. The kid was pissed off the entire day but did what he was told.

One of my coworkers wrote up an application to take her daughter to prom and was going to give it to her date [to sign]. It was 5 pages [long].

Growing up my next door neighbors told my parents that they needed to have my brother and I go to bed at 7 o’clock because their kids could see our bedroom lights on after they had to go to bed and it made them jealous.

I’m in my mid-twenties and my mom asked an attractive girl, who I barely knew from high school, if she was mad at me because she didn’t say “Hi” to me at work.

My sister-in-law wasn’t allowed to watch ‘Harry Potter’ until she was 18 because her parents said it was witchcraft.

I had a friend who didn’t learn how to use a toaster or microwave until she was 14. Her parents literally did everything for her and, to this day, (she’s 17 now) she still doesn’t know how to do her own laundry.

My mom did something similar once, but not as bad. I was working full time, and my parents decided [that] they don’t see me enough, so they called my boss and asked her to cut my hours.

It almost cost me my job. My boss was pissed, and I was even more pissed. [I] went home and screamed at my parents for probably 20 minutes or [so].

They never did it [again].

9. Nothing of that nature

We have one television in the dining room of the restaurant I work in. We don’t have any premium channels. Nothing like Showtime or HBO. Well, there was a group of college boys watching a horror movie because they were the first ones to come in and get the remote. A woman comes in with a group of five teenage boys. She demanded that the channel be changed because her boys weren’t allowed to watch anything of that nature.

My parents called Common App, broke into my account and locked me out because I started to send [out] my college applications without telling them. I had my college advisor’s and principle’s approval and went to boarding school across the country from [them].

My mom used to “screen” all of my girlfriends. Didn’t stop me from fooling around in the basement though.

My 20-year-old female friend has a driver license but is forbidden to drive because it’s too “dangerous” on the roads. [She] also has a 9 PM curfew and is not allowed to wear anything above [the] knees.

My best friend’s parents don’t let her ride public transportation, like buses or trains, because they think she’ll be kidnapped. She’s almost 19.

[Once] had a mom book their “child” in for a hearing test (I work at a hearing clinic) so we quoted the child test price. [It] turns out the child [was] 22. When they came in, the daughter never said a word. She was silent the whole time. The only time she spoke was to say [if] she was comfortable in the booth. The mother would not stop talking. [My] boss would direct questions to the daughter [and] the mother would answer.

I’d never seen someone look so defeated. I wondered if she ever spoke at home.

My parents were like this when I was a kid. When I graduated [from] high school, a group of us decided we weren’t going to prom, but instead would rent a limo and go to a comedy club, dancing, etc. I got home at around 5 AM. Walked in the house to see my mom standing on the porch crying because she was so happy I made it home alive.

I had a diary when I was around 11. Had a crush on a boy and wrote about it. Mom went through [my] diary and proceeded to sit me down and discuss each entry while I cried from embarrassment.

[I] know a kid whose mom never thought whatever school he was in was good enough. He could never make friends because he’d change schools [every] two years and was never allowed to follow anything that he enjoyed. Everything he did had to be something that would put him on track for an Ivy League school.

[He finally] got into an Ivy League school and got some freedom away from her [where he] joined a band [and] discovered singing, [which he was really] good at. When he graduated, he wanted to stay with the band and perform on weekends, but the mom kept berating him for it and called him childish. He now works an upscale job in corporate America that his mom chose for him (through connections) that he hates.

My mom would go through the cell phone bill with a highlighter when I was in high school. Highlight any calls that were longer than 15 minutes. Then, I’d have to explain who I was on the phone with for that long and why.

My aunt. I would visit with my family over the holidays and my older brother and I would keep the kids (our cousins) busy. She never let us take them on bike rides, out to the park, or even [into] the backyard.

21. Why don’t you ask him yourself

A friend of mine’s mother always waits up until he gets home, even though the guy is 19-years-old. Some nights, [on] the weekend, I get texts from his mother at 6 AM asking [me] where he is.

I heard from a few kids at school about one of the honors kids having to have a sign-out sheet for when he left home. He had to have his friends sign it as well.

I teach sewing lessons. [I] had a parent end a lesson on “How to make skirts” for fear the student might make a short skirt with this [new] knowledge.

When I was 19, I had just gotten out of my first serious relationship, and she had broken up with me. We were together for nearly two years, and I was really [shaken up on the] inside. It turns out, my mother then found my now Ex on Facebook and messaged her about what a [terrible person] she [was] for breaking up with me. That was the final straw for cutting [my mom] off. [I] might talk to her once a year now, and she lives in a different continent.

Some kid’s parents requested that teachers not let [their] kid’s last name be public to the class because it [was] “unsafe” so he used a fake last name when he needed to.

The parents of a friend of mine won’t let him have a key to the house. He is 24-years-old.

I know someone who was not allowed to watch PG-13 movies until they were 18.

Not [as] terrible, but back when kids used to play outside more, there was this little kid who was not allowed to leave his driveway. One day, he went off into the cul-de-sac three houses away to play with a group of kids throwing a football. The father ended up literally dragging the kid back home.

Report cards at my school went out today. A parent of one of our the students freaked out cause her daughter will “never become a doctor with marks like these.” Her daughter will be starting kindergarten NEXT year…

[I once met a] parent who recruited friends for their kid. I was at college orientation, and one parent came up to my friend and said, “That girl over there is my daughter. You go up to her and introduce yourself to her and be her friend”

31. They are a huge distraction

I had a friend who wasn’t allowed to have a PlayStation 2 because he needed to “focus on his schoolwork”.

We were 7 years old.

17 License Plates You Wish You Would’ve Thought Of

30 of the Biggest Hair Transformations