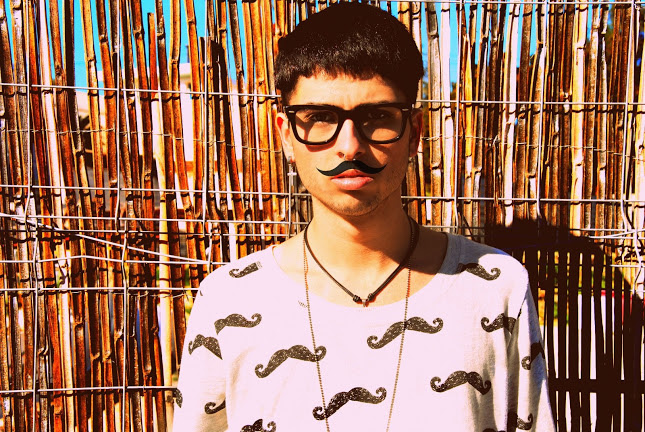 Pretentious folks are the worst, am I right? Sometimes I just feel sorry for them because they seem so clueless and self-righteous  – but then they open their mouths, and I remember how annoying they can be.

These AskReddit users share the most pretentious things they’ve ever heard in their lives.

“People who have experienced the very best of higher education, like I did, simply operate at a higher level than people who didn’t.”

I’m glad you’re proud of your MIT masters or doctorate or whatever the heck you did, but this is a barbecue and you’re flipping burgers, not accelerating particles.

Overheard a fellow undergrad student say, “I think I’m just too educated to be able to enjoy fiction.”

Daughter of the owner of the company complaining to the regular workers making 9-12/hr about how broke she is. Someone said they’d be good with an 1/8th of her salary.

She made a little speech about how it’s different for her because she has a certain lifestyle she needs to maintain that they wouldn’t understand.

First day at law school, one of the other students asked me: “Wait. Your parents don’t have a university degree…? Do you even think you will be able to pass any of the exams, then?”

“Everyone can afford to eat organic”

She said this after having come back from a 4-month trip to Ethiopia where she met and married a millionaire.

No, not everyone can afford to eat organic.

Teaching a student how to do a shoulder roll and she says, “It’s too hard for me to bend my back that way because of all the modeling and acting schools I go to.”

“It’s in Turkish, but I can understand about 10% of Turkish because I know so many other languages.” Said by my coworker who knows exactly two languages.

She also loves to say, “English was my…(pause as if counting in head)..fourth language, I think?”

“I only read French and Russian literature because they’re the most deep, complex and sophisticated in the world.”

I asked what she’s read and she listed one book by Proust (can’t remember the name) and Lolita by Nabokov. That’s it.

My first interaction with my new roommate in South Africa went like this:

Me: So, where are you from Steve?

Steve: Well I’ve traveled to so many places that I’m not really “from” anywhere anymore.

Me: Where were you born?

Me: Where did you go to school?

Me: You are from Ohio Steve.

“It annoys me when people don’t agree with my opinion on books, because I’m an author and I know more about writing than all of you.” – Girl who writes fan fiction on Wattpad.

“It’s ok we broke up, he was taking me to Paris for my birthday and I don’t even like Paris. You would think if it was a birthday gift it would be somewhere I would WANT to go like somewhere tropical”

Overheard a coworker say this after her boyfriend broke up with and cancelled their Paris trip two days before her birthday.

A friend was over with her new bf. Another girl at my house cut herself doing something and the new bf looked at it and said, “that cut is so modern.”

“Eating food should only be about survival, that’s why I don’t bother putting spices in my cooking, that’s only for pretentious elitists.”

“I don’t have time to do laundry. When I run out of clean clothes my parents send me money and I buy more”.

This was my roommate. She kept about twelve huge plastic totes of dirty clothes in her bedroom. I never saw her do laundry once in the 18 months we lived together.

Girl I knew in college once said, “Why don’t your parents just pay for it?” when a bunch of people were talking planning a trip during break and someone said they couldn’t afford it.

“I’m just operating at too high a level of consciousness for me to be able to talk to regular people.” – Overheard on a street in Oxford.

17. They know the difference

I was once told by a woman that she only let her dogs drink Smart Water and she would order cases just for her little bundles of joy.

A good friend of mine and her brother were at my house. After lunch, my mother suggested we wash the dishes together (cause y’know, the chef shouldn’t have to wash up as well).

She (friend) says, “No. Because we’re guests”, and proceeded to giggle away with her brother.

Keep in mind that in my culture the norm is to help clean up if you’ve eaten a meal at someone else’s home.

I work at a Children’s Museum. I once heard one mother tell her friend, “I don’t teach my kids to share because that promotes socialism.”

20. I hate when this happens

A female acquaintance was complaining her yacht was too big to fit in her spot at the marina. We were 17 at the time. It was her own yacht too, not one she shared with her parents.

The same girl also complained about her parents wanting to move the family to St. Lucia from our small suburban town in New Hampshire.

21. The worst line anyone can ever say…

I work in IT, and we have a board of directors. One of them called up cause a client had a problem with their software. We tried explaining that this was a bug in the software, we had put a fix in for it, but it was going to take some time. He actually used the words, “Do you know who I am? Get this done, now”.

I am an electrician, I was working on lights in a bank. Overheard a woman gesturing towards me to her kid, “That’s why you want to get good grades, so you don’t have a job like that.”

I was vibrating with anger/adrenaline for a good hour after that.

An older rich lady called me part of “the ME generation” when I made some off remark about my un-wealthy situation in life, while at her rented lake front property for the annual summer party.

Most rich people think that poor people are just complainers obsessed with their own personal comfort. Do they understand the “can’t see the forest for the trees” phrase?

A filmmaker friend once compared himself to Stanley Kubrick. And no, you’ve never seen anything he’s made.

Professor: “Many of you don’t participate in class, is the reading too difficult? Is it a lot?”

Pretentious jerk: “Well, I’m a little more academically seasoned so I actually think is quite easy to understand. But that’s just me.”