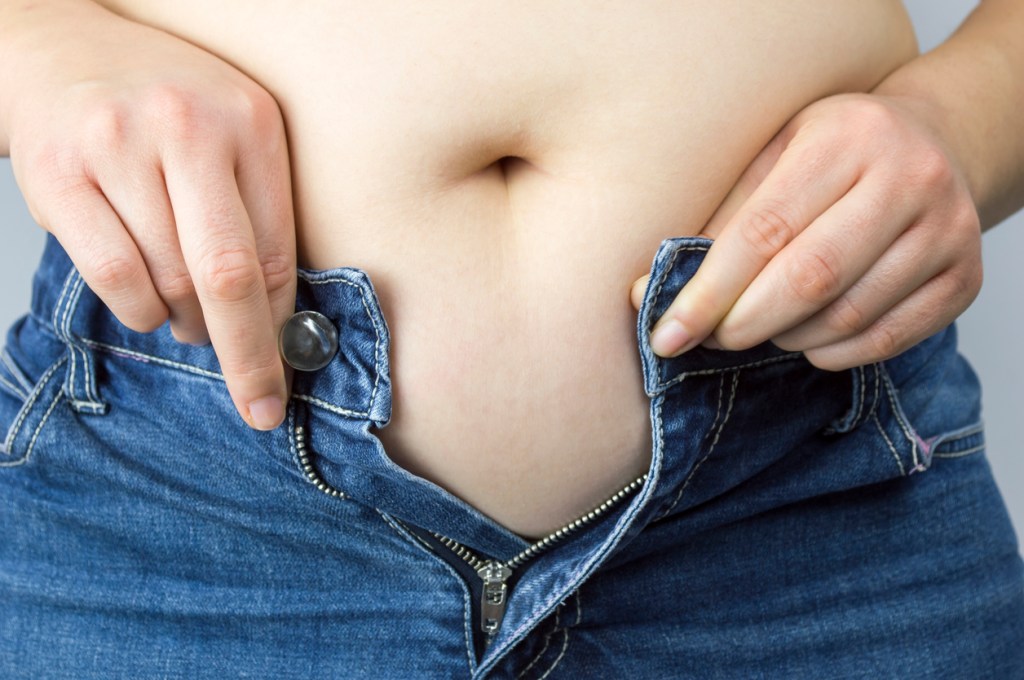 Nobody wants to be overweight, but it’s a situation millions of people around the world are struggling with. So, when Reddit asked what the biggest challenges were for their users who are overweight, they got quite a few interesting answers.

“Sweating and thighs rubbing together.”

“I’d say the constant judgement whenever you order food in public. People look at you like “do you really need that?” “You need a LARGE fry?” Also people constantly ask me “How much does (blank), (blank) and (blank) cost from McDonalds?” Just because I’m fat doesn’t mean I know how much everything costs everywhere or what they’re serving at any given time.”

“I’ve been on both sides. I used to be very skinny, unable to gain a single pound and at some point I became very fat and had a hard time losing weight. I get annoyed when people argue about which is harder. When you’re skinny, you just need to develop an eating habit that would work, while when you’re fat, you’re trying to break a habit. Eating can be an addiction. Another thing people can’t seem to understand.”

“Fucking bed frames. I have to put my boxsprings directly on the ground, or buy a big-ass frame that I don’t want/can’t afford/don’t really have space for.”

#5. Endorphins don’t make up for it

“I used to weigh 225 pounds in high school. The biggest daily struggle is in the simple way people treat you. I only noticed this after I became skinny for the first time in my life. People actually respond to you and treat you with more respect. They don’t give you this look and this attitude like you’re less than them.”

“My boyfriend and I are both overweight and I feel like sometimes people feel like we settled for each other because we couldn’t get any better. The truth is, is he’s an amazing person who make me feel loved and cherished, is ridiculously smart and funny, and after a long day of work, he’s the only person I can see and not want to punch in in the face.”

“Eating in public sucks. My skinny friend can order the Big Plate size in a restaurant and it’s not a problem. If I do it, you can almost feel the judgmental looks people give you. The skinny friend eats the whole lot and again, whatever dude. I do it, and you’re seen as greedy. Kinda gets to the point where whenever I eat out I make a note to leave my dinner unfinished.”

“I’m no longer obese but I can still relate; getting breathless and sweaty even after minor exercise. I was about 50 lbs overweight so whatever physical activity I did would be like doing with a 50 lbs backpack. Even climbing the stairs would leave me panting. It would also just weigh down so heavily on my knees and lordosis + scoliosis afflicted spine.”

“My boxer briefs waistband is always rolling up.”

“I went to a packed restaurant for a trivia night and had to sit on flimsy folding chairs so I practically sat in a squat all night so that the chair wouldn’t break. I can never just flop down on furniture. I have to land delicately like a bird to see if it can support my weight.”

“Thigh Zits. The the pores down there stretch and get infected regularly, the zits are usually painful as hell.”

“I can’t exercise, because it’s painful, it’s tiring, and I just physically can’t do it. If I have to walk somewhere, I get to spend the rest of the day and night with REEEAAAL sore ankles. I used to walk everywhere, now I barely leave my house since I was let go in December. Even just walking somewhere at a liesurely pace makes me sweat. It’s kinda sad now. Exercise also isn’t a fun thing for me, I get nothing out of it. To me, it’s just pain, and disappointment. Can’t fix myself.”

“Riding on public transportation is a hit and miss. I feel weird if someone has to sit beside me (god forbid a woman), my upper body kind of spills into the next seat. I have broad shoulders too so it’s even worse. If I can, I’ll sit in a way where no one else will be, or stand. I recently trained it up to Ottawa and that was so uncomfortable because the seats are BARELY big enough, and there’s no legroom.”

“You kind of lose the drive to do things. You’re already fat, can’t do physical labour anymore, and meeting new people is nigh impossible. I don’t get treated the same as my other friend who, at one point looked similar to me, but now is quite skinny and built well. “Hey fatty why don’t you change your eating habits?” Why? It would take so long to undo what’s been ingrained in me, it could be years until I feel like a normal person again. Or, I could just do the same things I do, and just live alone with what I’ve been given.”

“I’m overweight and buying t-shirts is a pain. Either I buy one that is the proper length and is very tight which shows off my washtub abs, or I buy a huge size that reaches my knees and makes me look like I’m bigger that I am.”

“I’ve struggled with my weight for years and the one thing I always notice when I put it back on is the discrimination. People make a lot of assumptions about you because your fat, i.e. you are not very smart, or you’re not very motivated. I just applied for an internship where one of the people in charge didn’t want to give me the internship because she said I was “gross.” Since I showered right before I went in I’m pretty sure she was talking about my weight.”

“I recently lost a lot of weight, and I can tell you the worst struggle for me was feeling trapped. I made a decision to lose weight so many times and failed so many times. I think gained more weight trying to lose it than I would have had I not tried. I would eat less than my peers at lunch and go run (for like 10 minutes) and when nothing happened immediately I got upset and ate to feel better. It took me so long to realize that I was eating because I was upset. It was always that I was going to eat pizza or a bag of chips one more time before I started my diet, a last hurrah of sorts before I finally buckled down. It was an awful cycle, and when it’s actually you you’re fighting against it seems impossible to change.”

#20. There are NO cute clothes in my size

“Finding clothes. I had to special order clothes so I could go work out in a gym. Went to a athletic store and their largest size was a large that doesn’t even look like a large. I brought it up to management and the guy did nothing except walk away. A lady manager met me at the door and gave me a number to complain to. In another store I stopped at I tried to find something cute for a date thats coming up. I don’t have a “fat ass” but I do have a stomach. :/ I don’t even have the boobs of a large woman…just the damn stomach. I hate being given such ugly clothes in the store if there is even my size available.”

“I’m incredibly paranoid about my hygiene and how I smell. I shower every morning and rinse off at night; I always do my hair and make-up; the night before I regularly have an outfit picked out. There’s never a day when I can just throw an outfit together. Feeling shitty and want to wear sweatpants to class? Too bad, people will think you’re even more lazy than you already are because you can’t get your fat ass to the gym. Leggings? Fuck that, no one wants to see your thighs and other folds in that material. Baggy sweatshirts might as well not exist because trying to hide what everyone knows is the worst form of denial. And then there’s the smell… When obese people sweat, it’s not the natural release of pheromones that healthy people exude. It’s rank. It’s embarrassing. And we know it. I wear perfume, deodorant, and I keep an air freshener in my closet so my clothes smell nice. I FEAR meeting people on a hot day because I know the first thing they might catch wind of is my body odor. Wet wipes and a small vial of perfume are in every one of my purses.”

#22. Even just standing still is harder

“It is generally a lot harder to stand in one place for 2+ hours at a time. My feet kill me every day (I work at Sonic).”

“My worst daily struggle, other than the unhealthiness and this constant feeling of not feeling right in my own skin, is getting out of cars. Jesus Christ it’s like they took all the parking spaces and made them 1/4 smaller. I had a two-door for the longest time, and had to be like a ninja to slink out of it. Now with a 4Dr it’s better.”