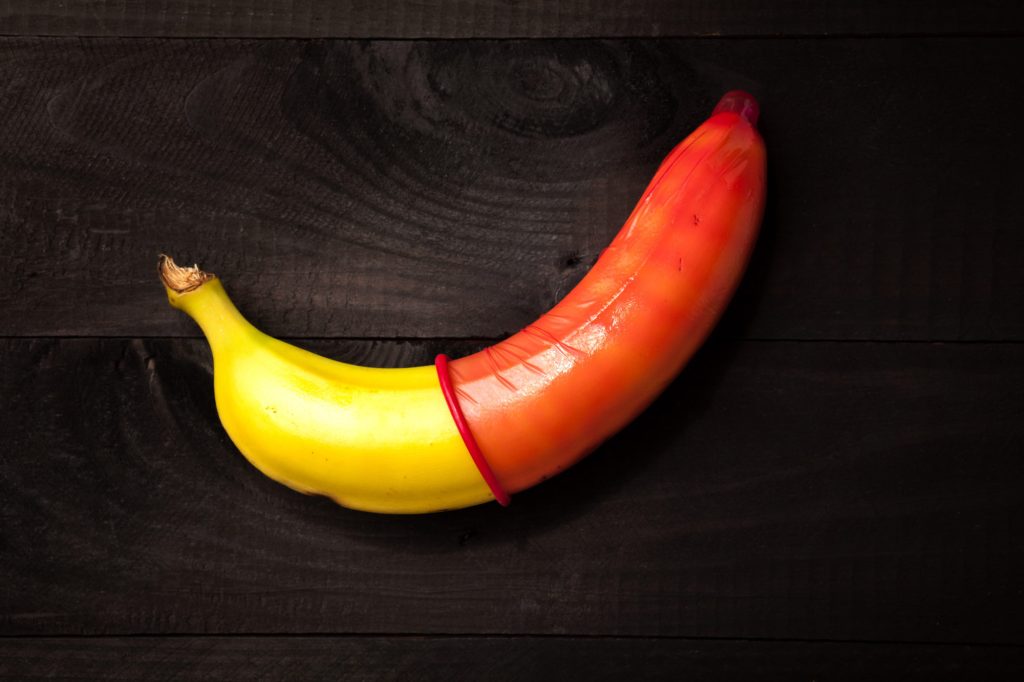 Sex education is, for some reason, kind of controversial in America. The problem is that, regarding sex, what people don’t know can definitely hurt them.

All I can say is, these 20 awkward sex-ed stories from AskReddit are proof positive that we Americans need all the sex-ed we can get.

Cause we don’t know shit.

“A girl in my high school sex ed class didn’t quite understand how she could get pregnant if a dude pulled out before he finished. Then her basketball player boyfriend stood up and yelled, ‘Before a man shoots he’s gotta dribble!’”

“When I was in sex ed many years ago, all the guys got to write questions for the girls on paper notes and vice versa. One of the guys wrote: ‘What is the largest thing you could fit inside of you?’ One of the girls answered: ‘an infant.’ Preach.”

“In grade 6 sex ed, my friend asked ‘Why do girls use tampons instead of pads?’ and before the teacher could say anything, another kid piped up with ‘Because they get orgasms when they use them.’

“Girl sitting behind me stood up and asked, ‘How many calories are there in semen?’”

“I took my high school’s health requirement over the summer. I opted for the four-week course, which was about 70% the cliche summer school crowd. We had all types of troublemakers.

Also there was a pregnant girl. She was pretty far along, already showing in the belly department. The teacher had just done the contraceptives lesson and was doing a little post-lecture review. She asked us, ‘What is the most effective form of contraception?’

As expected, we said ‘use the pill specifically for contraception, but wear a condom to protect against diseases.’ Totally legit, everyone was on board.

But the pregnant girl raised her hand and said, ‘Mrs Miller, I’m confused. I thought the safest thing would be to not let the boy finish inside of you, so shouldn’t the pull-out method be the safest?’

Our teacher explained the error of her ways, to which the girl replied ‘Damn, I thought pull-out would be foolproof. That’s what I’ve been using.’ There were no words.”

“We had a kid who openly asked in a very rural conservative small-town school whether it was possible for ‘the skeet to drip down from da booty hole and get a girl pregnant.’

The teacher just looked at him and said, ‘It is possible, not quite likely though. Great question Darius.’”

“Can you get stuck?”

“Our school’s gym teacher was missing her left hand at the wrist. It was a birth defect, she’s done some pretty cool things despite it.

In the 9th grade, we had her for the sex ed unit of phys ed. During her lesson, she was doing a bit about contraception. She was talking about different methods, then she got to condoms.

Someone asked ‘what happens if a guy is too big to use a condom?’

She took one, unwrapped it, applied it over her left wrist and rolled it all the way down her damn arm. Then said something along the lines of ‘and most of you boys think you need magnums?’”

“We had to give presentations on different contraception methods during a sex ed unit of our health class. 5-6 member groups did presentations about condoms, female condoms, the pill, etc. One of the guys doing the presentation was flexing an IUD between his fingers. It shot out of his hand and hit a popular girl 20 feet away in the eye.”

“I went to a public school in Texas, where only abstinence only sex ed is taught, as part of a unit on health your freshman year…there were three pregnant girls in my class. It was a little awkward.”

“A kid in my sex ed class once asked ‘why are periods blue?’

He’d obviously seen a few too many tampon/pad commercials.”

“As a student I thought it would be funny to ask my grade 7 teacher what tea-bagging was.

I figured she wouldn’t know. Instead she went on a 15-minute speech about what it was and why people may want to do it. The class was so stunned, and I was pretty embarrassed.”

A cute girl said, ‘I have never done this, but my boyfriend said sperm is good for the skin and can keep you looking younger if applied to the face. Is this true?’

I openly laughed and at the same time knew that she had been letting her boyfriend c*m on her face because he was able to convince her it was ‘good for her skin.’”

“My sex ed teacher in high school wanted to have a serious discussion about STDs because statistically speaking 1/3 students at my school already had one.

She explains this and that the two counties feeding into our high school had some of the highest rates of STDS in the nation. She then asks: ‘So why do you think that is?’

Before she can get in a word about condoms and staying protected, kid pipes up: ‘It’s f*cking Nebraska; what else are we going to do?’”

“Some kid in my sex ed class asked if sperm floats…in the air…like a helium balloon.”

“In 8th grade sex ed class, the teacher (an old woman who was a nurse) did the usual anonymous questions deal, and it went about as you would expect.

But then she starts reading one to herself, and responds: ‘I, I…I just don’t know…the exact, um…exactly how…the exact circumference of Jupiter…’

Immediately, a stoner-type with long hair in the back of the classroom who had been silent up to this point pops his head up and says, ‘oh, that’s me. I’m tryin’ to do my science homework.’”

“In grade six, my sex ed teacher opened the class with ‘You girls might think I don’t know much about your bodies, but I just got my wife pregnant for the second time.’ No one said anything.”

“A kid in my first awkward 5th grade sex ed class asked if it hurts to get an erection. They were supposed to be anonymous questions written on notecards but adding “from Paul” didn’t help his case.”

“Our teacher was going over the male reproductive system and went on to say that the purpose of the scrotum was to protect the testicles. From the back of the classroom came the voice of a large football player yelling ‘Well it does a SH*TTY job!’”

27 Stories That Will Make Your Skin Crawl