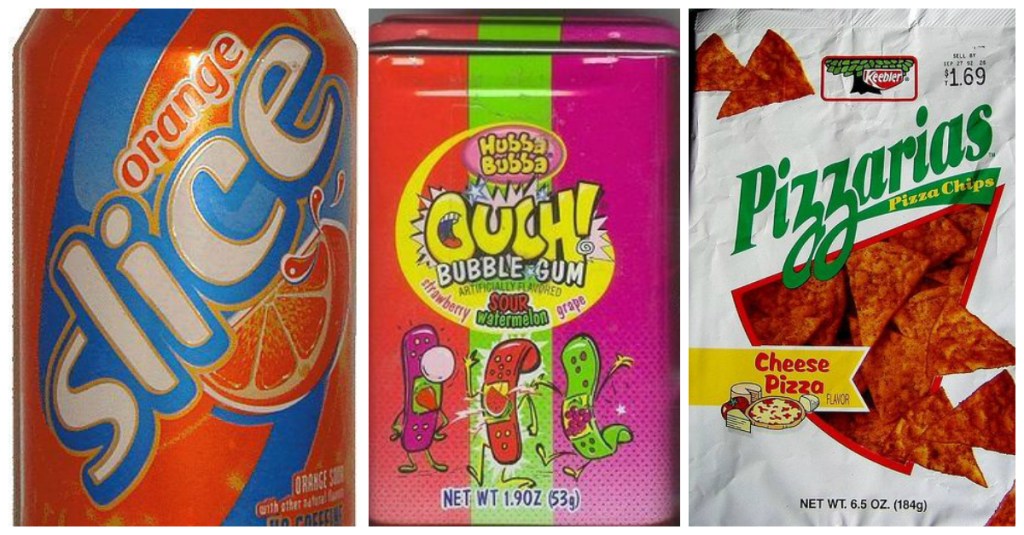 20 Foods from Your Childhood That You Will Never Taste Again

Taste, like your other senses, can recall moments of joy (or, in the case of creamed corn, horror). Things like Fudge Rounds, Capri Suns, and Natural Light beer bring me back to different periods in my life, and they all bring a smile to my face (yes, even the watery beer!).

Sadly, the 20 items on the list below aren’t going to bring back any sweet memories ever again – at least, not by their taste. RIP! I’m not sure these have officially been discontinued, but just try to find them on a grocery store shelf. I don’t know about you, but I say good riddance *shudder*. If you are one of those weird people who miss this super sweet mess, I hear you can still find it in Indonesia. I’m not sure if it has anything to do with Bill Cosby’s fall from grace, but these delicious ice cream treats disappeared nearly 20 years ago. They were pulled from shelves in 2005, and honestly, I can’t believe they weren’t more popular. People love puffy Cheetos! But what have kids drank after softball games since 2001? Something healthy, I’m sure. Lame. The best thing to find in the vending machine is no more.

Gone since 2012, along with childhood joy inside your lunchbox. Since I have a peanut allergy, I wasn’t missing these. If you are, you have been since 2006. What WAS so awesome about gum shaped like Band-Aids? No idea, but we all wanted some. I never tried these, because my parents were fun haters when it came to cereal. Since they disappeared in 2007, I guess I never will (unless I move to South Korea, where apparently you can still get them). I tried so hard to like these, but they were prettttty gross, eh? If you disagree, you can still find them online, but not on U.S. shelves. They took away our ability to blow rainbow bubbles in 2006. You might not have noticed this one (I hadn’t) because they’ve only been missing since 2009. Gone since 2009. Luckily, we have other orange soda options. They had entire vending machines of this stuff before 2003. I do remember these – but kids today only get boring spheres. With all of the new flavors Oreo has tried over the past couple of years, you’d think the chocolate creme would have made a come back – but there haven’t been true Uh-Oh’s since the mid-2000s. They still offer the Cherry Vanilla option, but the original vanilla died before 2010. No longer can you pretend you’re eating “healthier” McDonald’s chicken – or that you’re an adult who doesn’t eat nuggets. Sorry. I’m still upset about the change to green apple that took place in 2013.