When you wake up in a hospital with no idea how or why you got there, chances are there’s a great story behind it.

Trouble is, that story can also be a pretty sad and/or horrible one, though not always.

These 16 AskReddit stories run the full range, though they all have somewhat happy endings, as these folks lived to tell their tales:

‘Hospital. You were airlifted here. Family’s in the next room. You had a car crash.’

‘Give it to me straight, Doc: How disfigured am I?’

‘Hehehe, you’re not; you’re messed up, but still have all your parts.’

‘Doctor won’t tell me: How messed-up am I? Paralyzed? Lose a leg?’

‘You have an epidural, idiot, and you’ve also been out of your skull on morphine for the past [X] days.’

‘How could you tell? I just woke up…’

‘You’ve always been conscious. High as a kite, but conscious.’

I sleep, then wake up upon next doctor check-in

Repeat this for nine days or so, then I finally start retaining memories again.

Walking down the road one night (proper side of road in reflective gear) headed to the gas station for some Mt. Dew and smokes.

Apparently I was hit by a Mitsubishi 3000 GT. Kid driving was coming from a rave, high as a kite, and thought I was an angel in my reflective gear.

He tried to catch me with his bumper.

I was teaching an organic chemistry lab in grad school. Student asked a question so I turned around to answer and woke up in the hospital later that day.

Student had poured fuming hydro-chloride  in the wrong beaker, and it was giving off a weird gas, so he pulled it out of the fume hood to ask me what was wrong and stuck it directly in my face.

Was at the pool, next thing I know I wake up in a hospital bed feeling very cold, and my throat hurts.

Turns out I had actually drowned, but the lifeguard had pulled me out and reanimated me for about 45 minutes.

Then I was flown to the hospital by helicopter, where I lay in a coma for 2 days, during which they kept my body temperature low (to prevent cerebral damage caused by lack of oxygen).

I went home a week after the accident.

I was watching Voyager on TV.

Next thing – I was in a hospital bed.

Turns out I’d gotten up too fast, causing lack of blood flow to the head, and passed out, hitting my head hard on the floor (I’m 6’6″) and fractured my skull.

Walking home from work, was hit by a truck.

Even though it wasn’t a hit and run, I didn’t know who the driver was until about a month later.

I didn’t think enough to ask…

I was having dinner at my best friend’s place, and his older brother came home and looked at me as though he’d seen a ghost.

My brother and I were outside playing with squirt guns. Next thing I know it’s Easter Sunday, and I’m in a hospital bed with a massive headache and blurred vision.

The last thing I remembered was 4 days ago.

Apparently, I fell backwards and smacked my dome on the curb hard enough to fracture my skull and bruise my brain.

Got 2 weeks off of school, which was cool back then, and I’ve had to wear glasses ever since.

Apparently, according to my mom, the first sign of consciousness in the hospital was me getting out of bed, taking a piss on the floor, and then going back to sleep for two more days.

The whole thing was a weird experience. 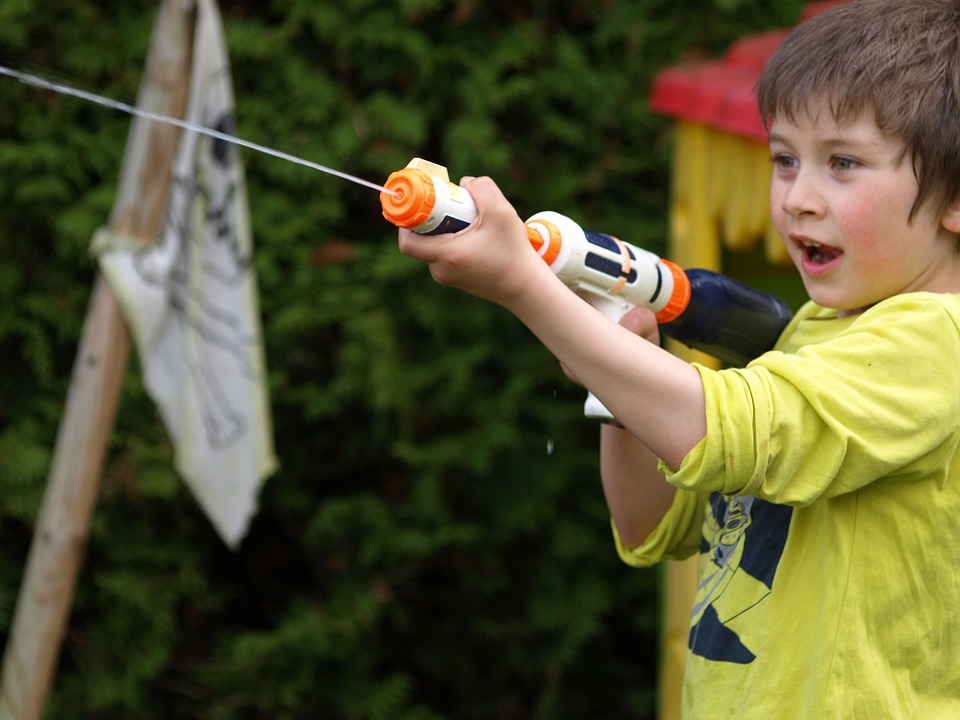 Was knocked out by flying squirrel while bike riding near my house.

I was running a half marathon with a friend, and we had just passed the 10 mile mark, and I felt like I was getting into a groove after I struggled a bit the previous few miles.

Woke up the next day in the ICU with my family all around me.

I was admitted with a temp of 108.6, and they were telling my family to prepare for the worst. Had to stay in the hospital for a few days and then take it easy for a few months but otherwise came out unscathed.

18-year-old me got super wasted on Smirnoff Watermelon vodka at some little club in Clearwater, FL.

Apparently I fell off of a tall bar stool and busted my head. When I woke up, I wasn’t even sure what state I was in.

Accidentally called my friend’s mom in North Dakota trying to get a ride to somewhere other than the hospital.

A decade later and I still can’t drink anything with that watermelon flavor.

I hopped into the back of a mate’s pickup after a rugby game, went to sleep and woke up in ICU in traction with no feeling from my waist down.

Turns out we had a head-on collision with a drunk driver, and I went through the back of the cab picking up a host of broken body parts including four compressed vertebrae.

A year and a number of surgeries later I walked out of the hospital an inch shorter and with enough metal in me to set off metal detectors at airports.

I was the lucky one. The other three guys in the truck never woke up afterwards.

Twenty years and it still gets me.

Does it count if I woke up in hospital surprised with the results? I went in for a stomach operation, woke up and said ‘oh, huh, it doesn’t hurt that bad.’

My surgeon, mother, anesthesiologist, and two nurses all looked super awkward and said, ‘Well.. We didn’t do the surgery. You had an allergic reaction to one of the drugs given to you in the anesthetic process and flatlined. We spent 40 minutes stabilizing you’.

I was absolutely in awe. I felt fine until I started to get clammy, then my BP went to 40/20 again, and I passed out.

Spent four (?) days in ICU and a week in total in hospital.

I woke up in a hospital bed feeling fine, no idea what happened.

Nobody else in the room.

Last person I remember hanging out with was my friend, Scott, so I call his house. His mom answered, advised me to call my parents.

No answer at the home phone.

So I’m sitting in this bed, trying to figure out why I’m even there. I finally discover that the rolling table over the bed opens up, and there’s a mirror under the lid.

Across my forehead and down the whole right side of my face are fresh abrasions. ‘Ohhh, that’s why…’

Finally get hold of Scott and learn the story (which I still don’t remember).

Was riding my bike down a sidewalk near the grade school. Sidewalk takes a 45 degree left turn, and I cut the corner. Grass is deep, and a little wet, and my front wheel catches on the edge of the sidewalk, flipping me over. I landed on my face, dragged against the other edge of the sidewalk, knocked out cold.

Another neighborhood kid was in the area, hustled back to alert my parents. My Dad took me to the hospital in his car, and I woke up the next day.

Yes, my parents just left me in the hospital by myself.

Drank too much and fell off a horse.

A metal statue of a horse. 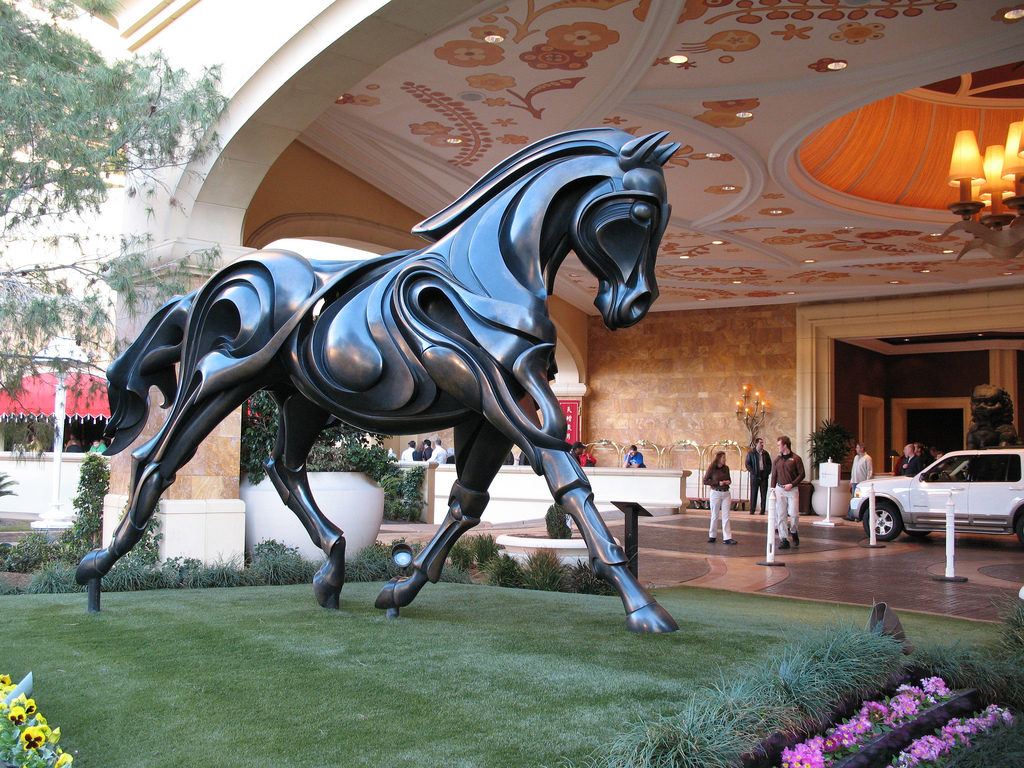 I started freaking out because I was seven months pregnant and my pregnant belly was obviously not pregnant. My screaming woke them up.

My fiancée and I had been hit by a drunk driver, killing my fiancé, and I lost the baby. I had been in a coma for three days.

I have some really gnarly scars that my kids like to make up crazy stories about. My favorite being the time I fought off three knife wielding, psychotic carnies, and murdered them with my bare hands.

It was long enough ago where I feel okay talking about it. Sometimes, a scent will trigger a memory of him, and I’ll get the sads for a while.

He was a really special person. I haven’t met anyone else like him.

Was at school, about 8 years old.

It was sports carnival day, I don’t know if they have that everywhere, but it’s where the whole school spends the day competing in various sports.

I was watching the other group play tee-ball.

I woke up feeling like I’d just had a dream that I was in an ambulance. Apparently I did briefly wake in the ambulance but not for long.

I was thwacked in the forehead with a flying metal bat, had a massive abrasion which turned into the oddest scab you’d ever seen, like a unicorn had his horn lopped off.

Still have a scar there where my skull cracked and healed with a kind of divot in it.

School Catches Ghost On Security Camera… And Yes, It’s Kind Of Freaky
15 Times Money Got A Makeover
Tweets from People Who Are Really Struggling in 2019
15 Funny Tweets About Things That Are Better Than Sex
NASA Creates Movie Posters For Every Mission, And They’re Hilariously Awkward
The Doctor Seuss “Adult” Book You’ve Never Heard Of