15 Tweets From Myrna Tellingheusen, The Funniest “Grandma” On The Internet

Twitter is a cesspool where 99.3% of its users repost the same six GIFs over and over again, and will keep doing so until the end of time. But every once in a while, a Twitter account comes around that’s actually worth checking out. And this time it belongs to Myrna Tellingheusen, aka the sauciest grandma on Twitter.

Since 2015, Myrna’s been Tweeting under the @PearlsFromMyrna handle, where she pokes fun at stereotypes associated with the elderly, and shares her observations about the world. All of her Tweets have the sort of unfiltered, no-BS tone that can only come from someone who’s lived long enough to care what anybody thinks any more.

But here’s the thing about Myrna…we don’t know if she’s a real person. So far her identity has remained a mystery. She lists her retirement home home as the “Vaca Muerta Estates,” which is Spanish for “Dead Cow Estates,” so it seems fake. Then, when the folks over at Bored Panda tracked her down, she offered this explanation:

“I exist in a modular home park in Rainbow, California, a sleepy little town just north of San Diego, and just south of Temecula. My story is long as fascinating. However, the short version of this story is I want to make social media fun. There is too much acrimony in the world right now, and people need to laugh at themselves.”

Whether Myrna Tellingheusen is a real-life retiree is doubtful. Most likely the account is written by a very convincing faker. But whether she’s real or a character, her Tweets will be funny to anyone.

2. Say this around the retirement home and you’re guaranteed to get punched. 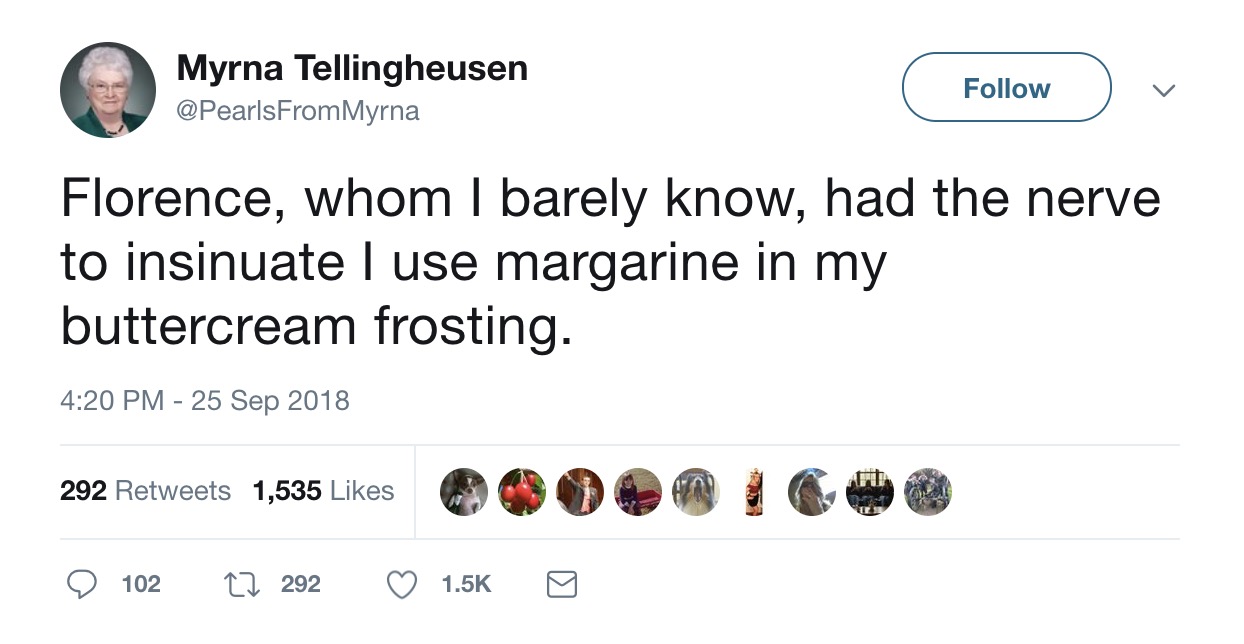 4. If you’re walking at the mall, bring your game face. 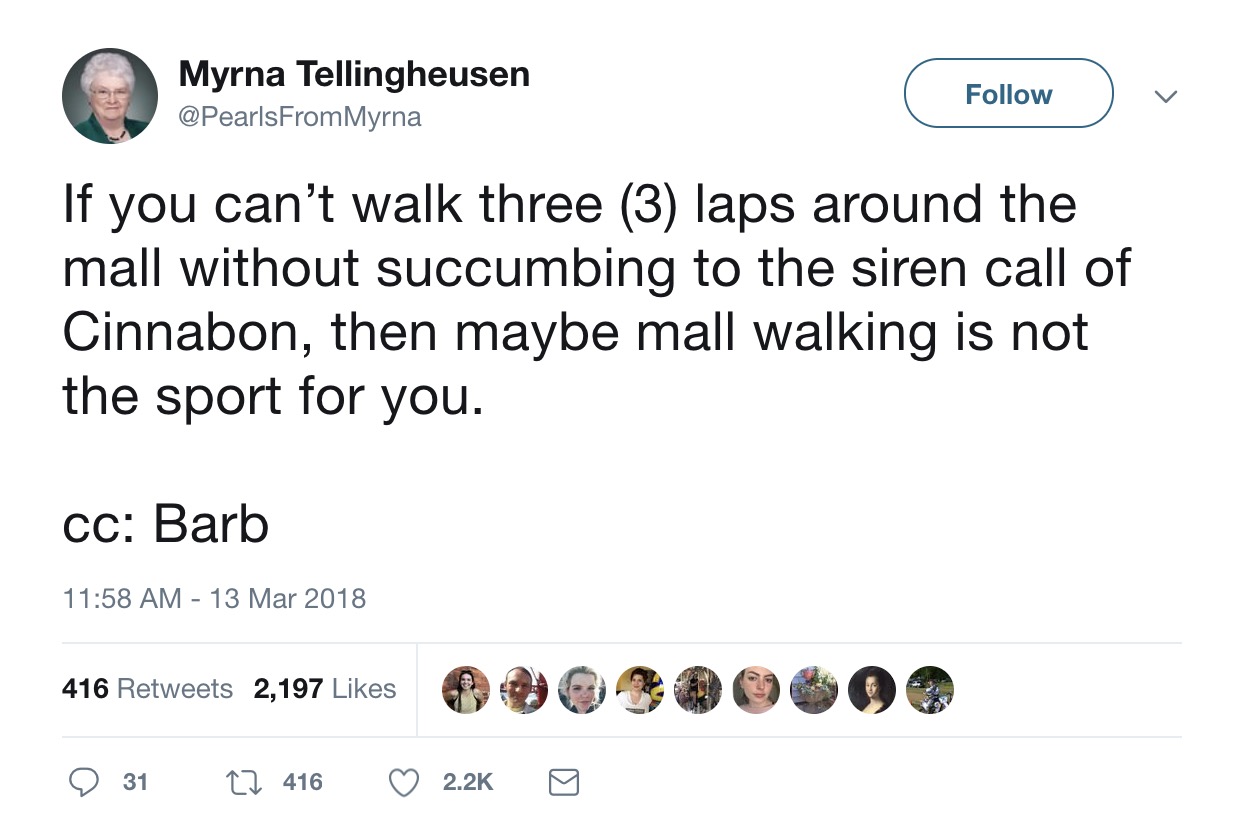 5. Nobody likes a one-upper. 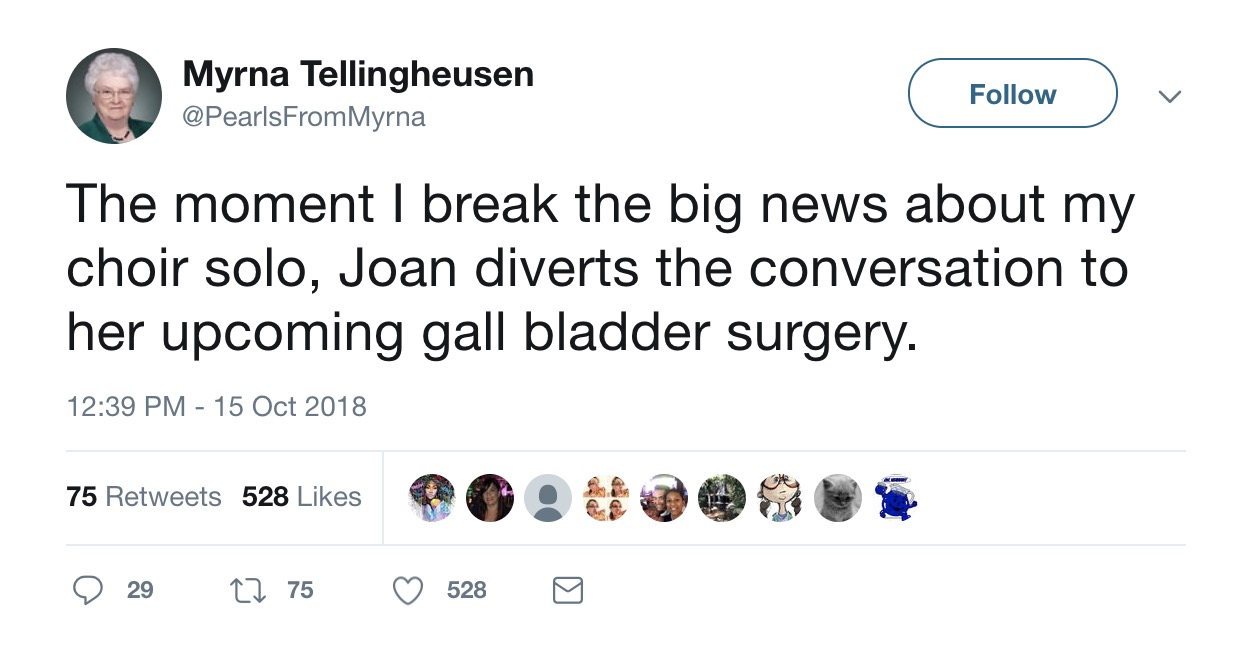 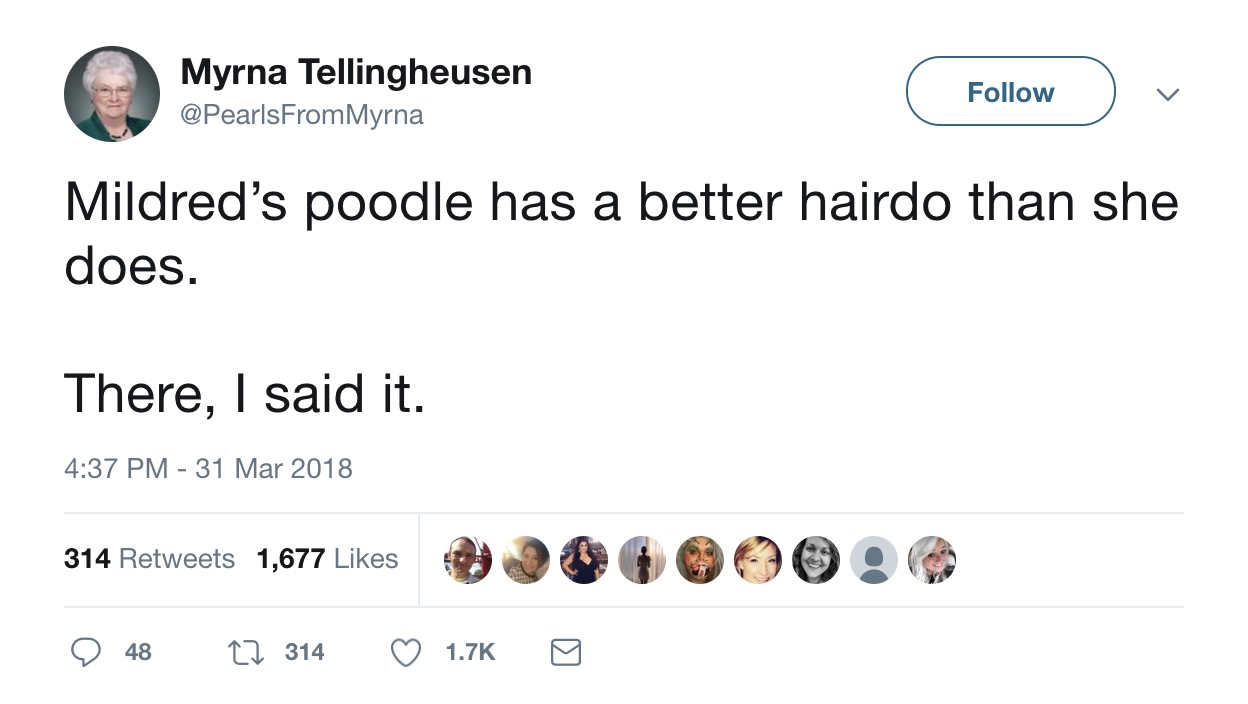 7. If your appliances don’t have cozies, you’re not trying. 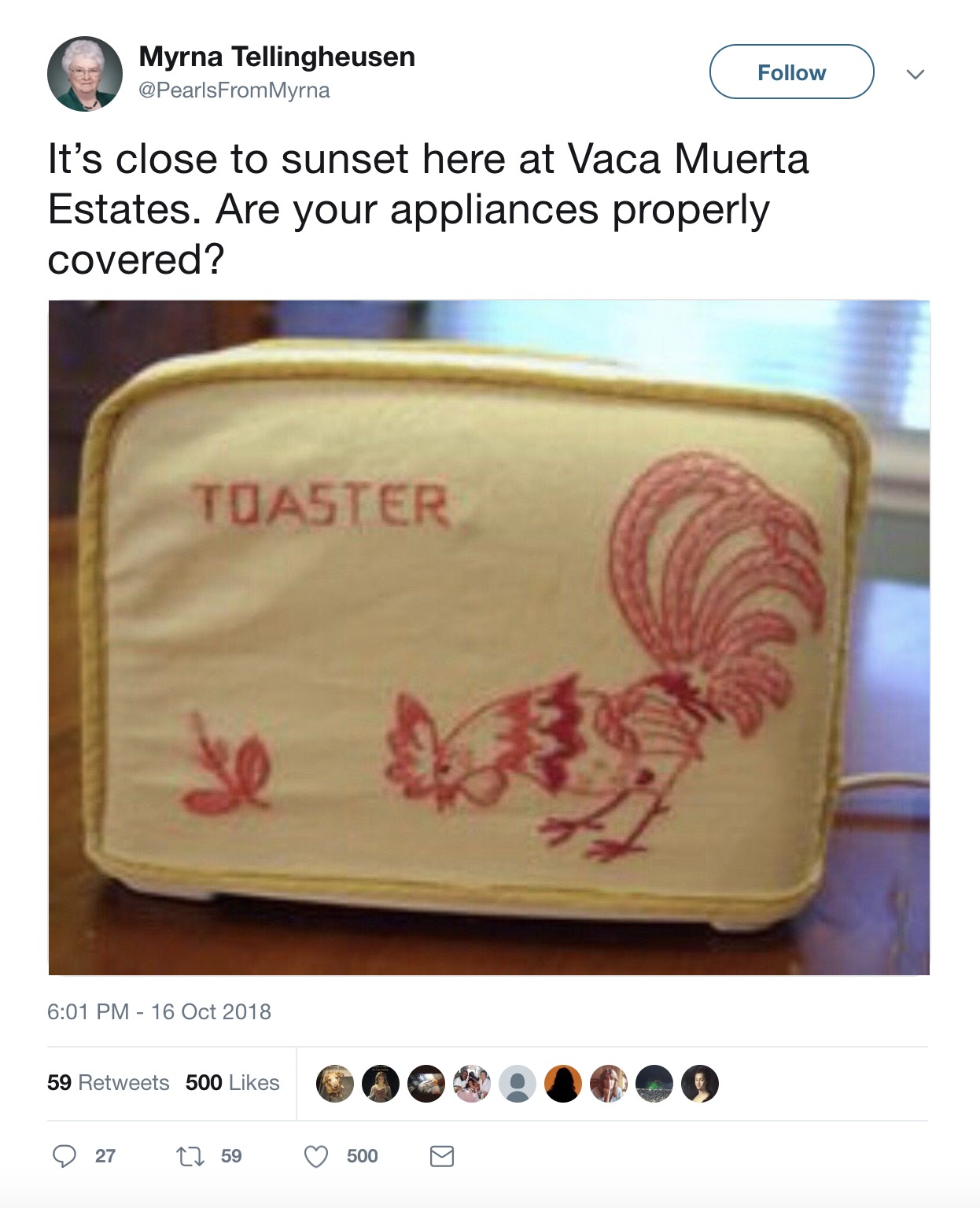 8. Be the change you wish to see in the world. 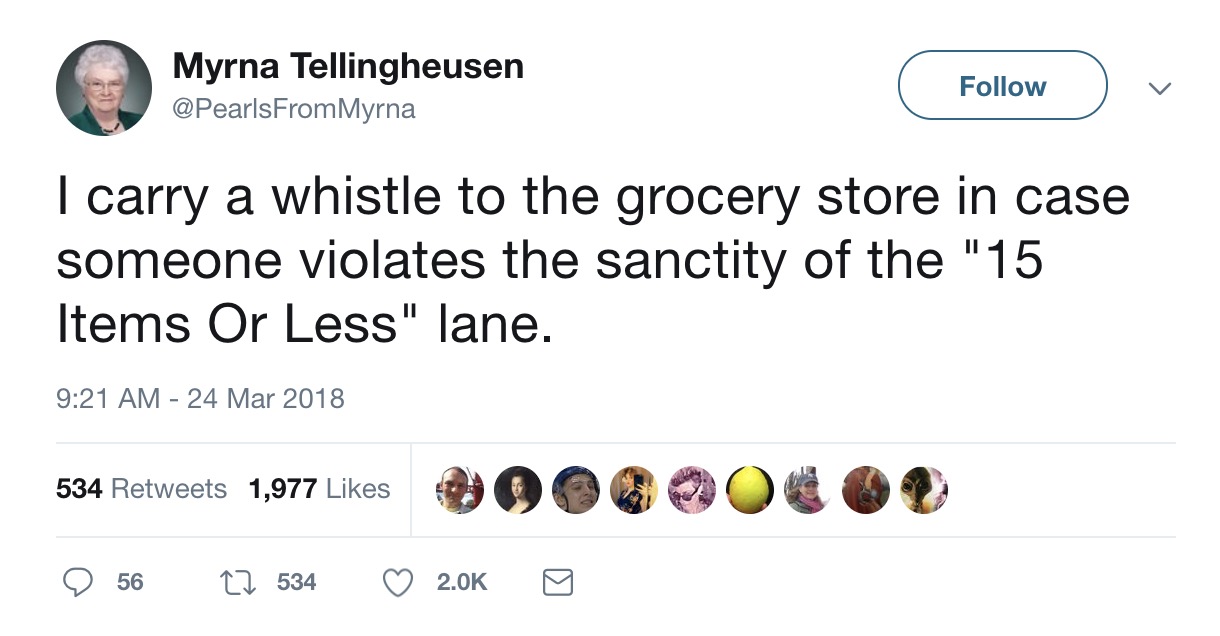 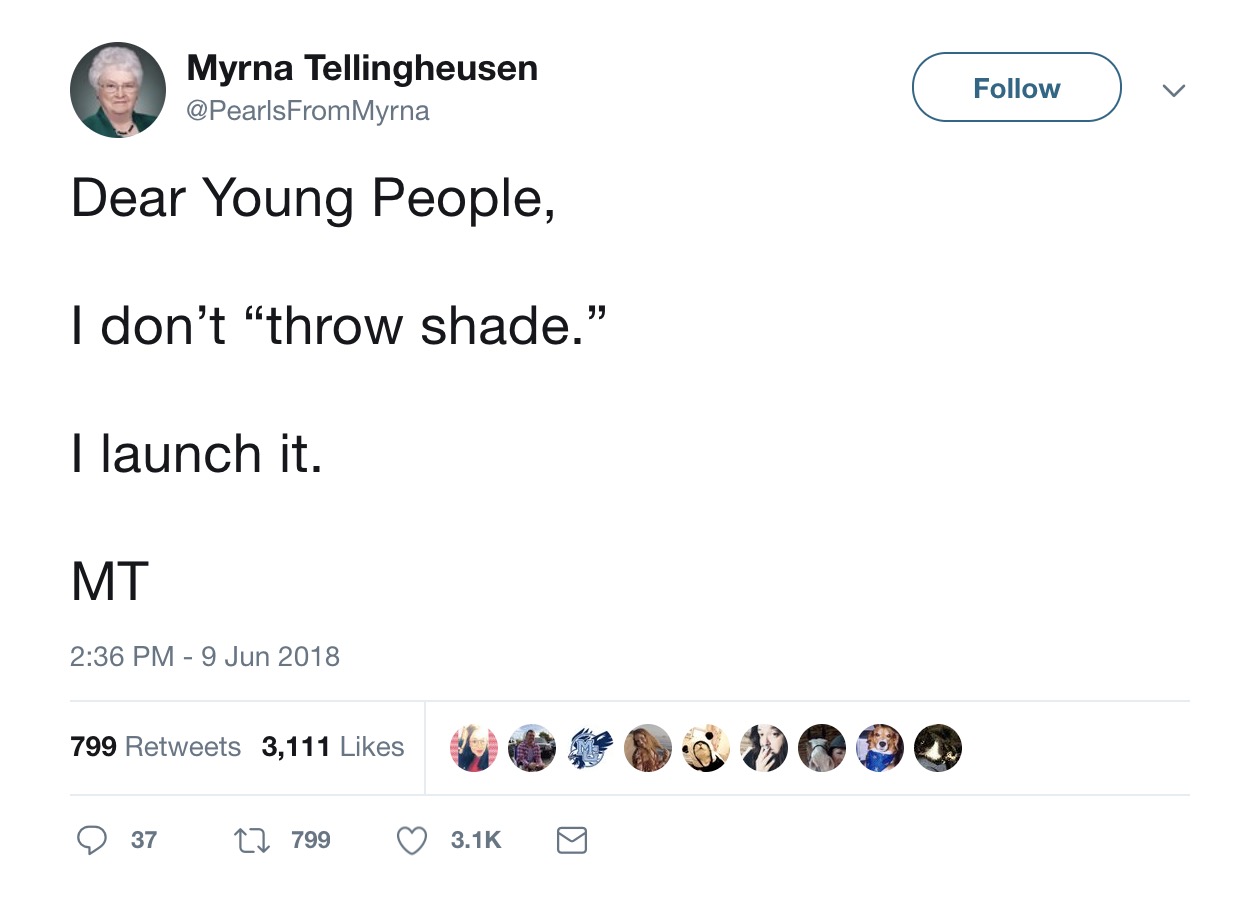 12. Some people give their pets good names. Other people do not. 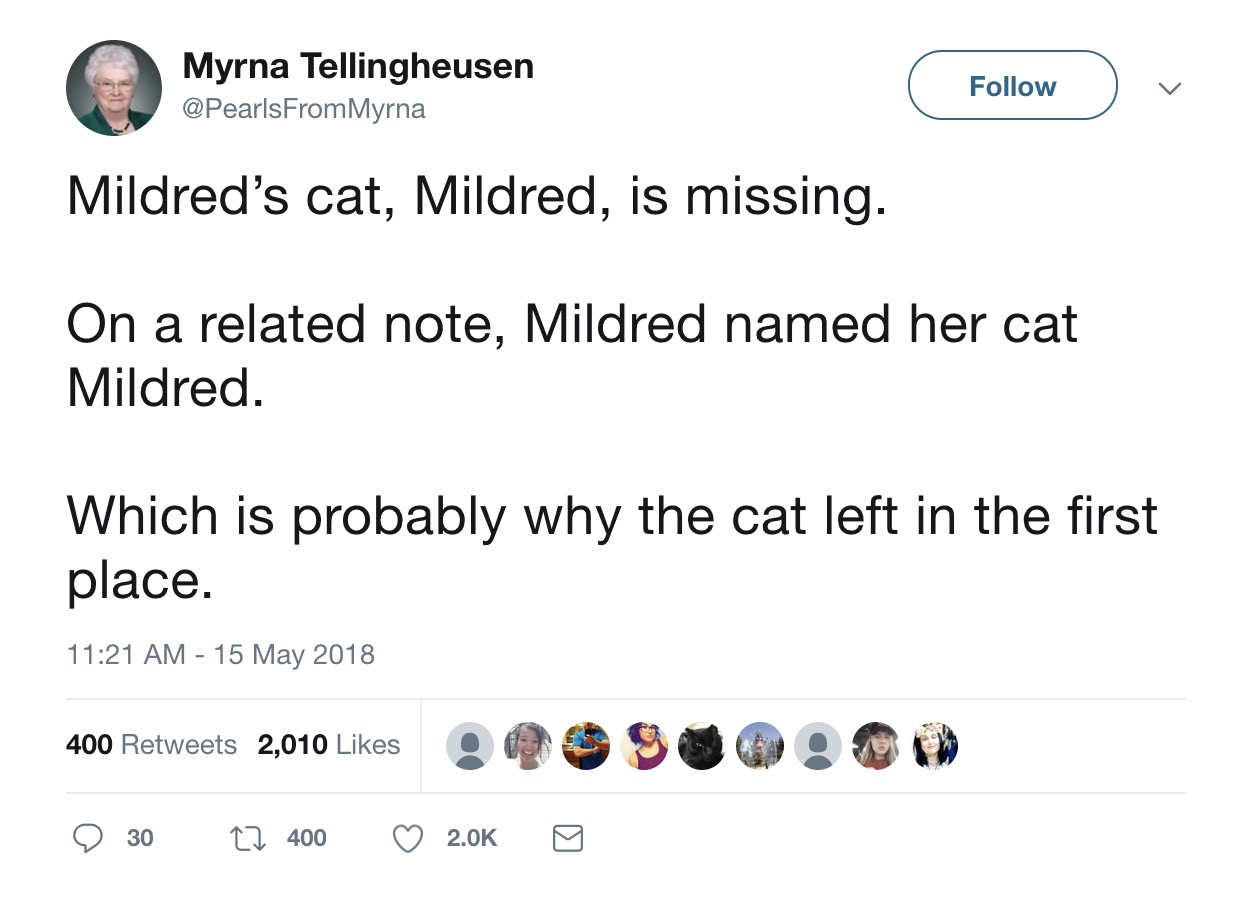 13. She’s been buying groceries since you were in short pants, sonny. 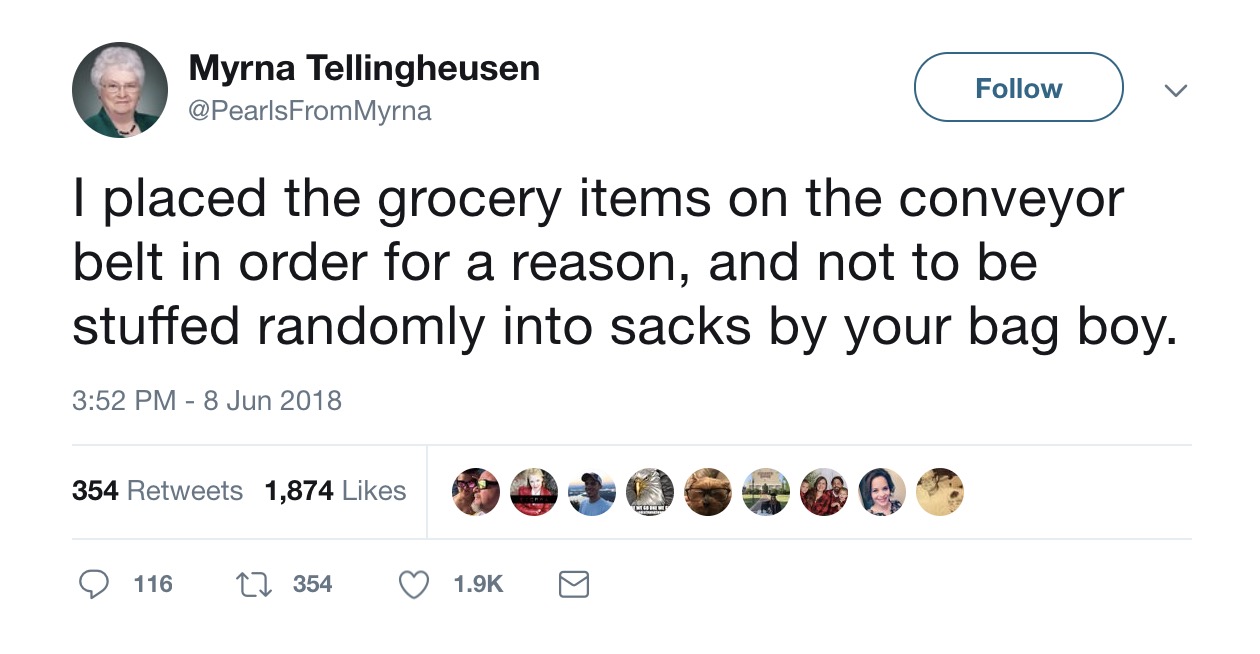 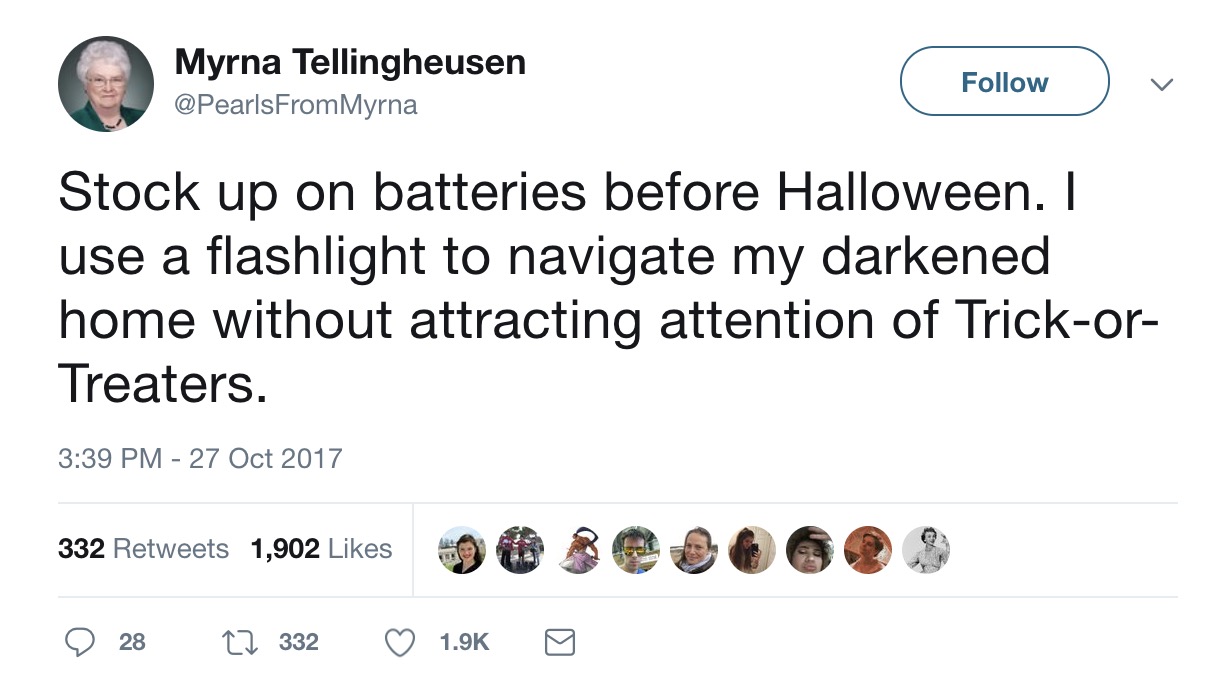 15. Anything can be laminated if you believe in yourself.