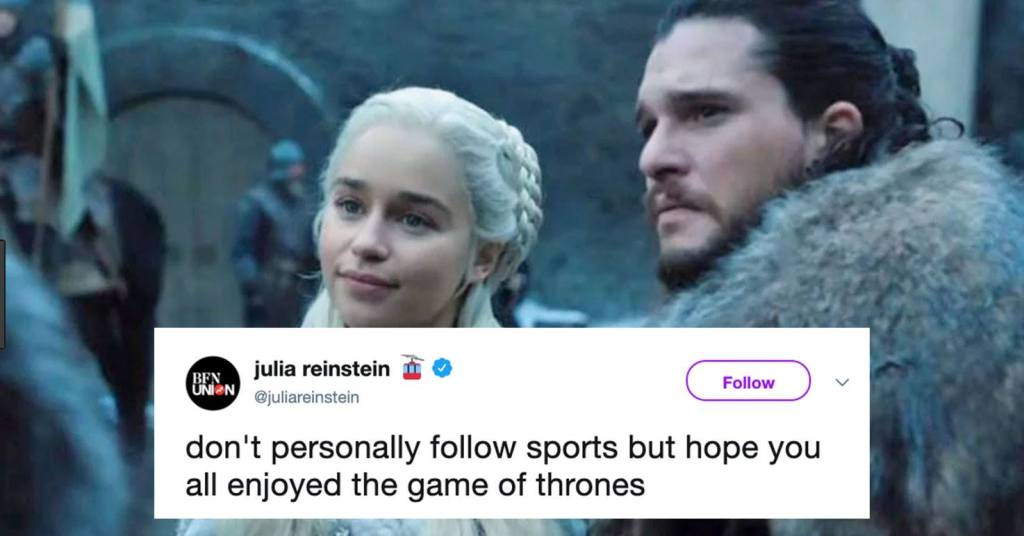 15 Tweets For Anyone Who Doesn’t Watch Game Of Thrones

Game of Thrones’ final season is well underway. If you’re a GOT superfan like I am–for example, I regularly imagine which noble houses my friends would belong to–the next month and a half is probably the most exciting time of the year. We’ve been following these characters for eight+ years, more if you’ve read the books, and we’re finally going to see how it all ends. For superfans like me, it’s more than just a TV show, it’s a shared cultural experience.

But hey, as much as I love the show, I get why some people don’t like it. (Actually I don’t, but for the purposes of this article I’m willing to pretend.) There are too many characters. There’s way too much convoluted backstory. The fantasy genre isn’t everyone’s cup of tea. There are whole episodes where nothing really happens. And it’s definitely not your show if you’re pro-ice zombie.

If you’re not following GOT‘s final season, the next month or so might feel pretty lonely. But today won’t! That’s because lots of people feel the way you do, and they’ve written some pretty spicy jokes about it.

Now you don’t have to feel so alone–like Arya did when she went to Bravos to learn the ways of the Faceless Men. (Sorry.) 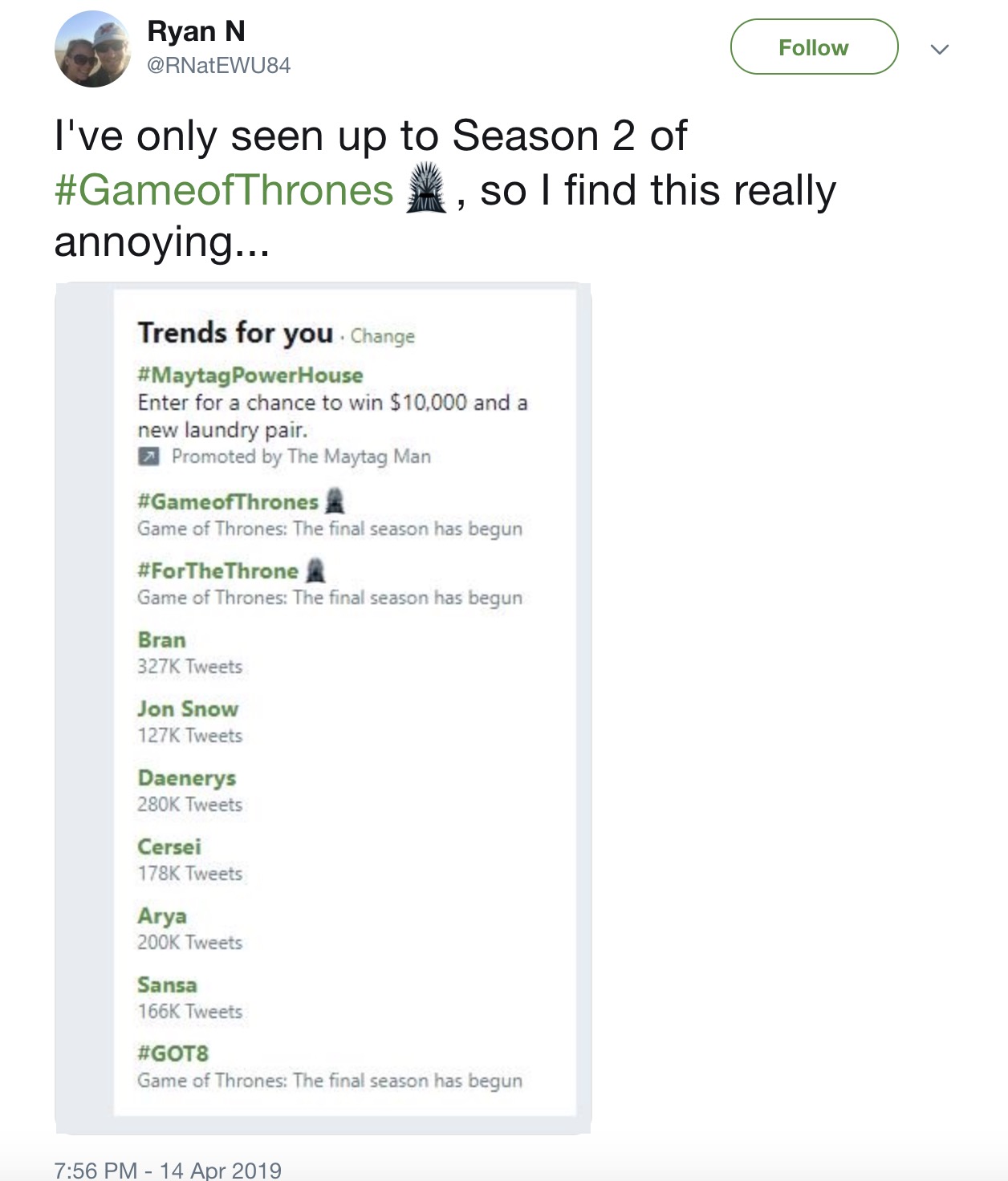 2. On the other hand, on Sunday night, the world is your oyster. 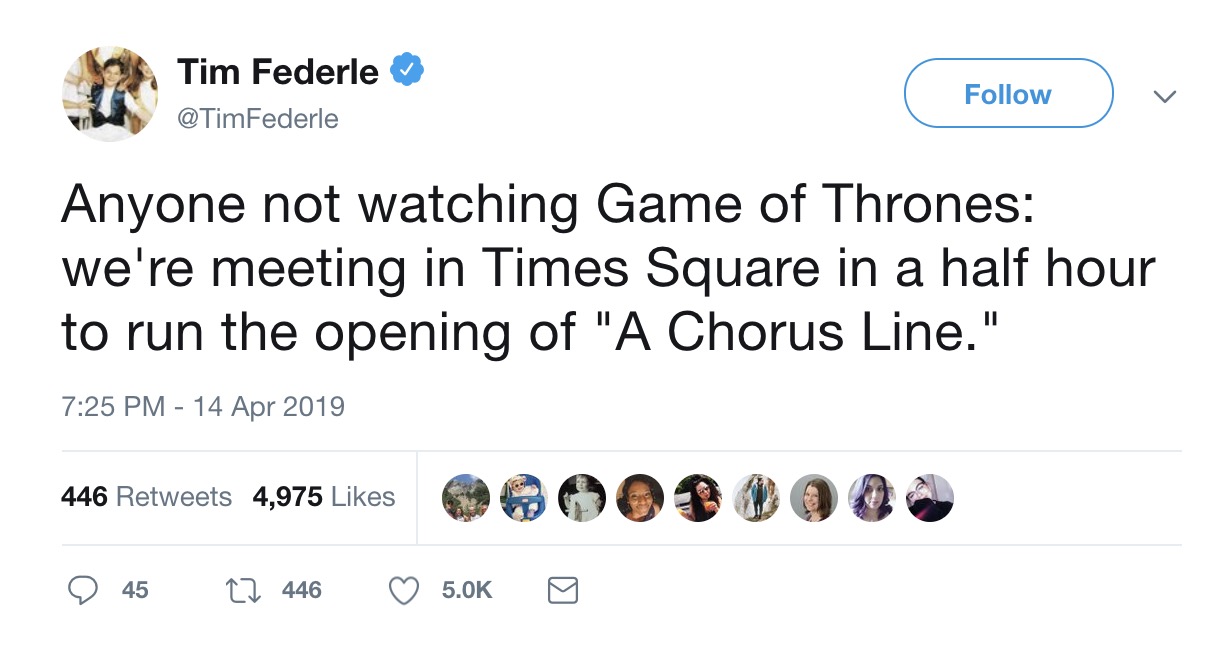 4. You could try starting a club, but you probably won’t find too many members. 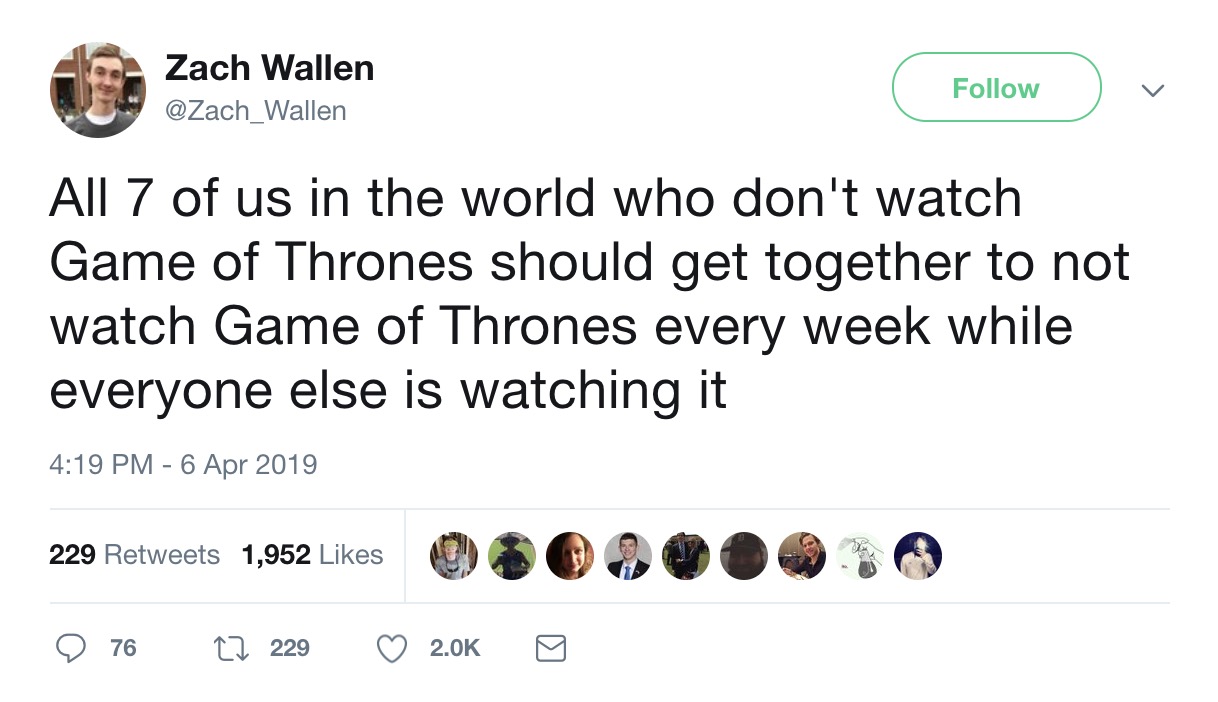 5. Here’s a tip: find your own Game of Thrones, whatever that may be. 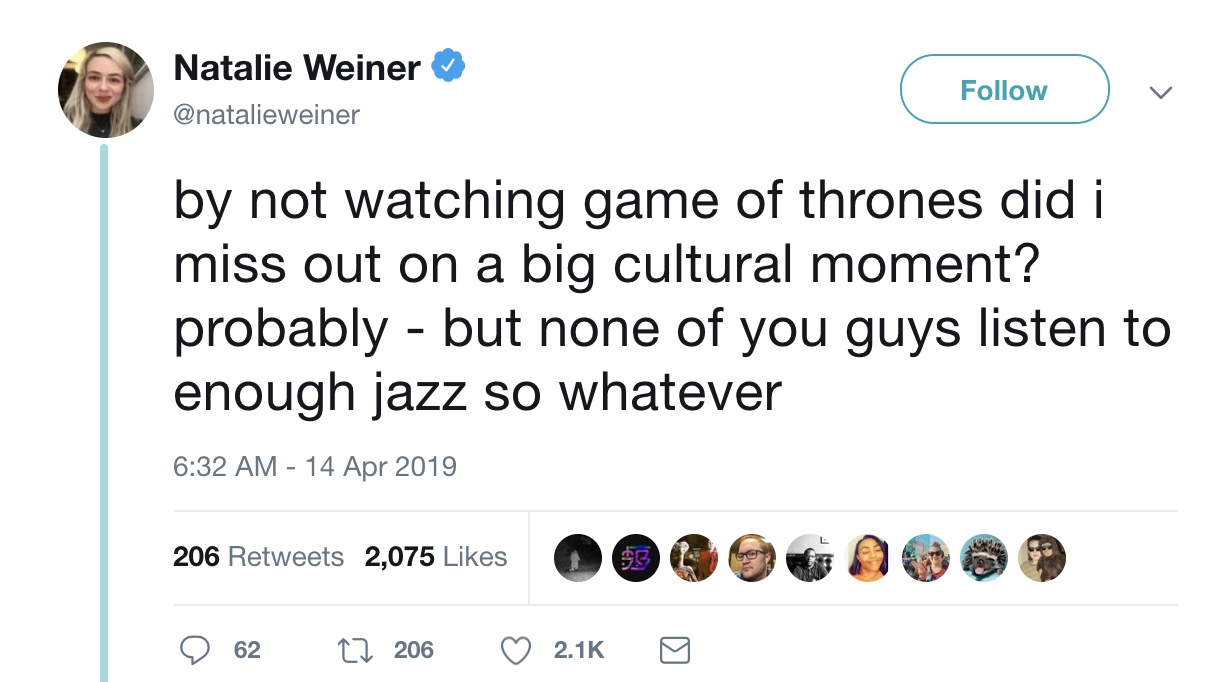 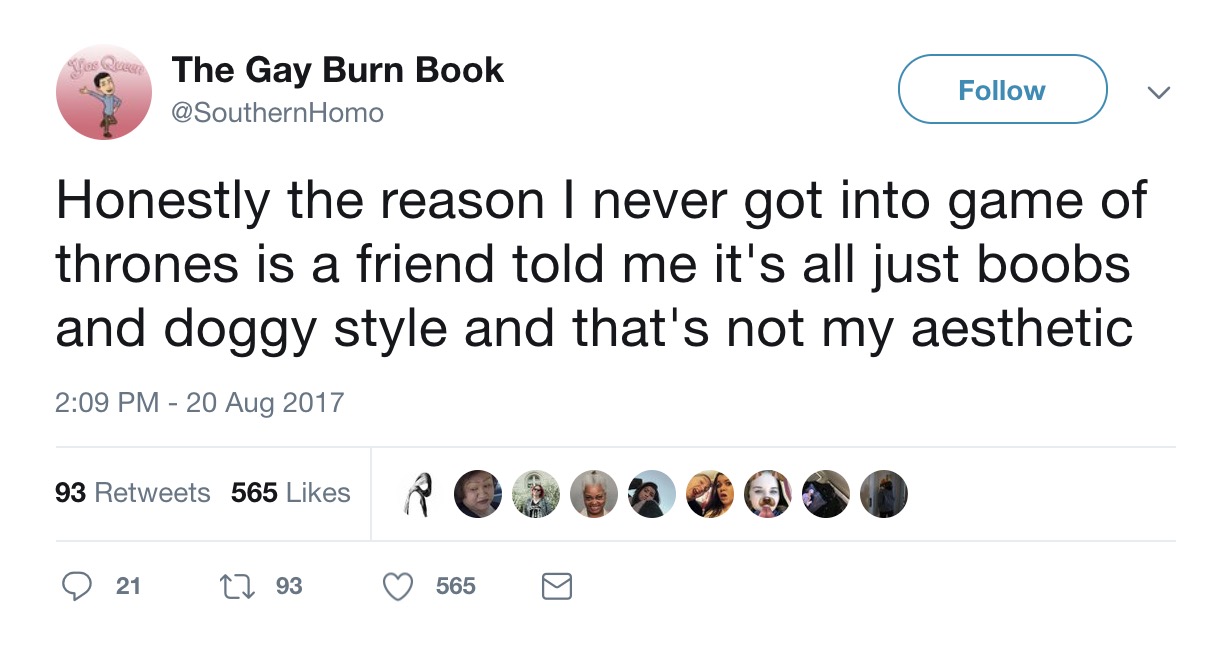 7. You’ll never know what a White Walker is, and you’re OK with that.

8. There are plenty of valid reasons not to watch. 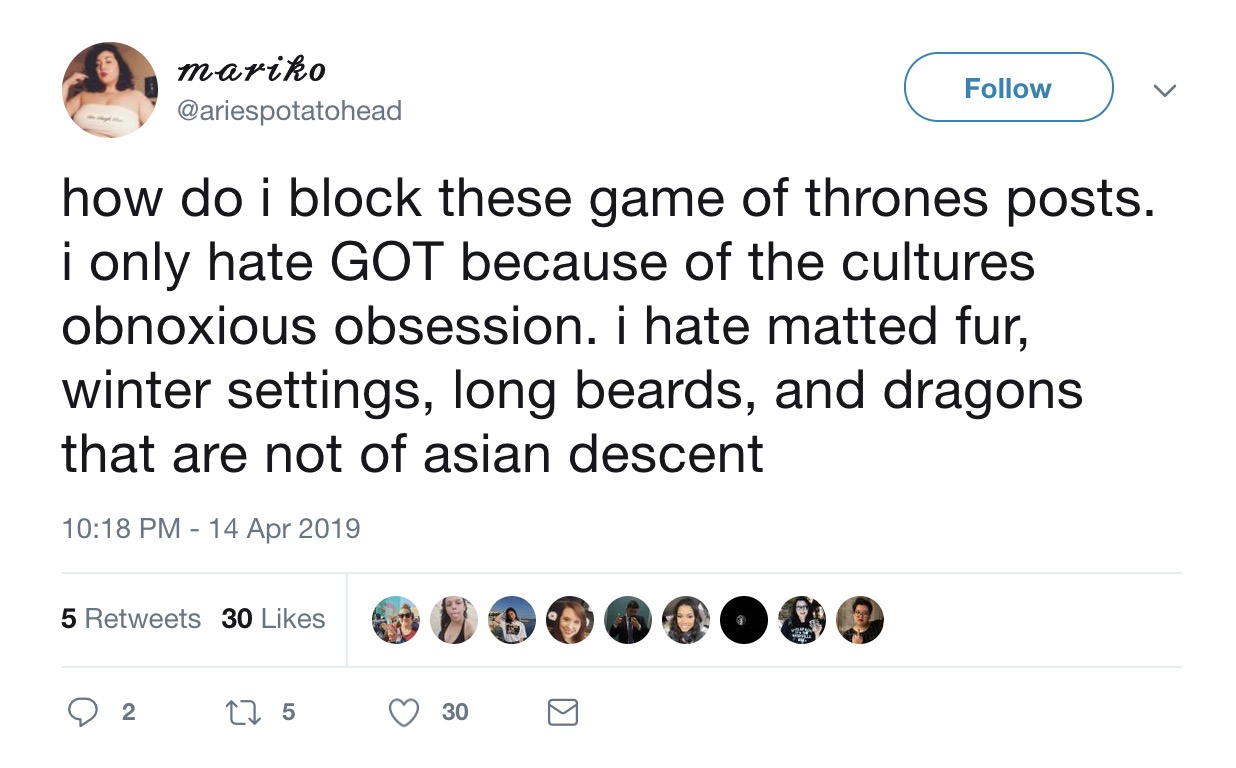 9. Manga fans have seen it all before. 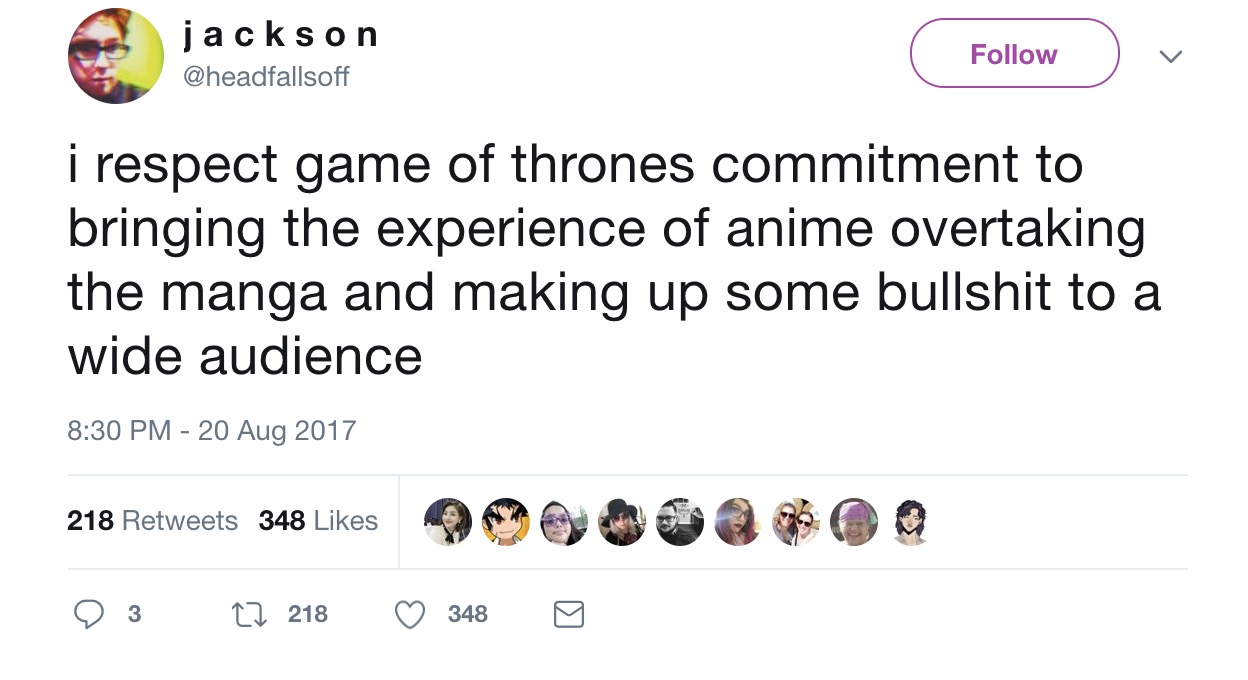 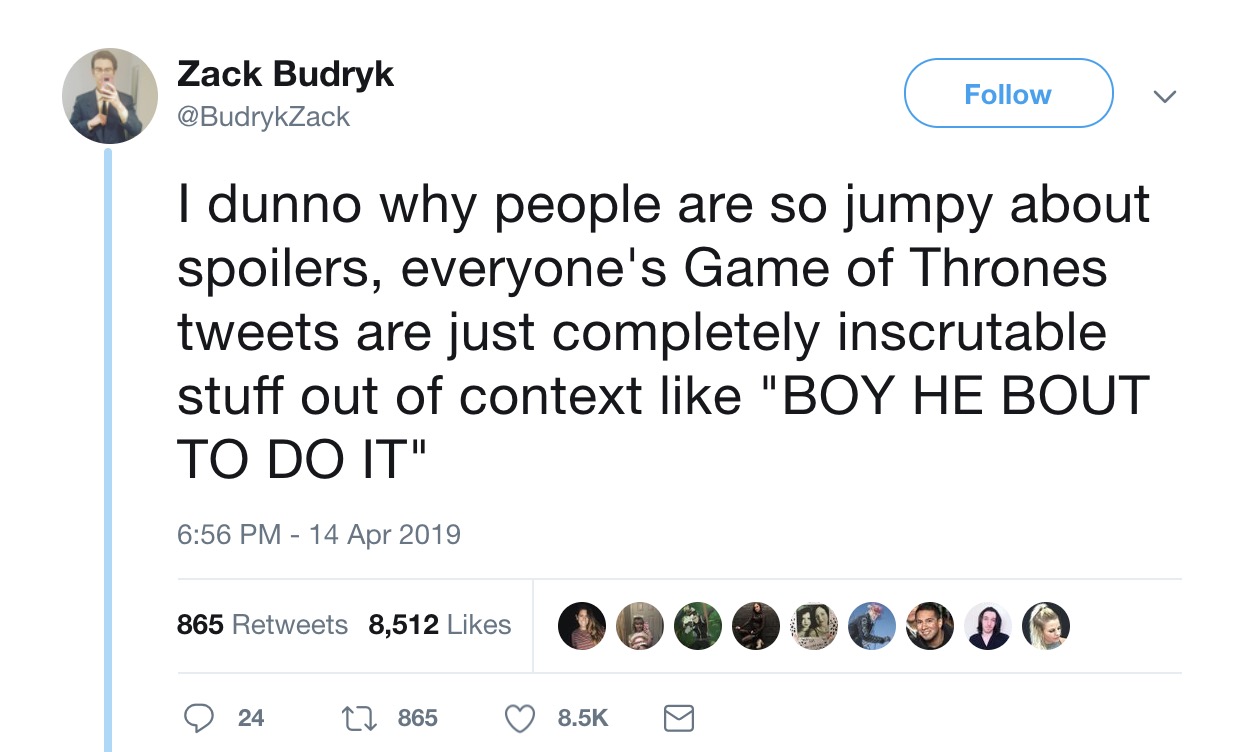 11. They’re both basically the same thing.

13. Why not just watch city council meetings from Juneau, Alaska instead? 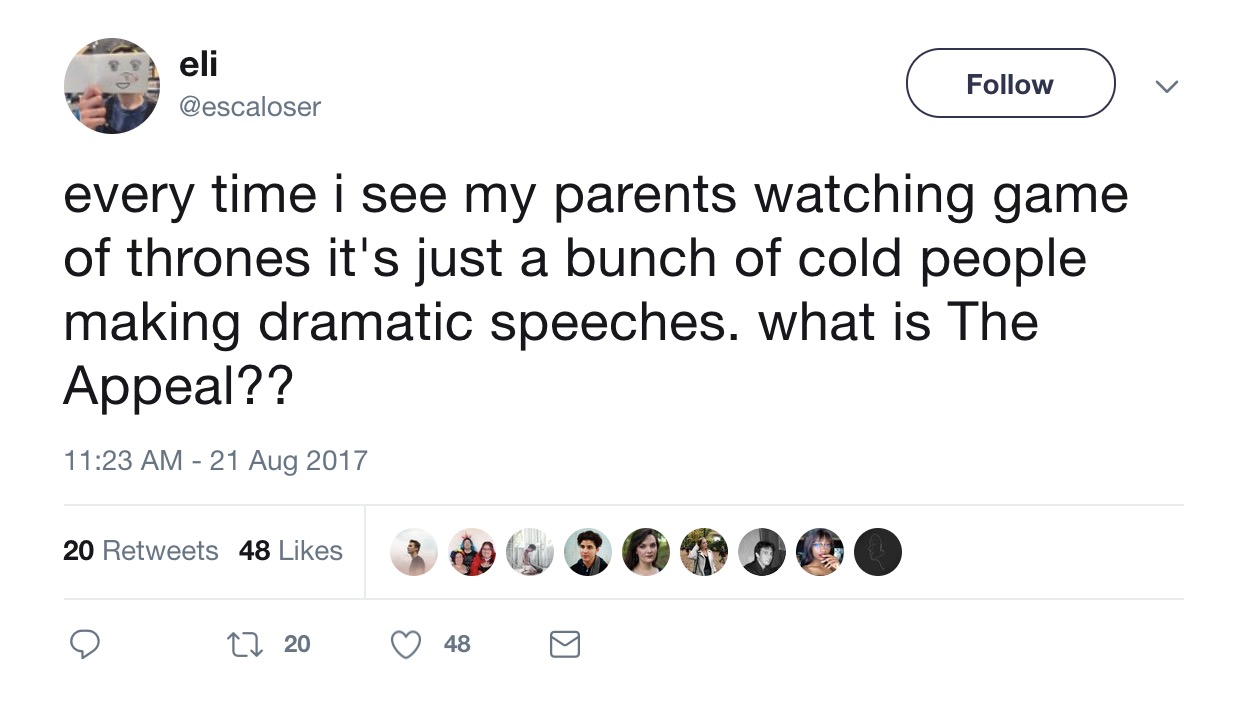 14. There’s no reasoning with a grieving GOT fan. 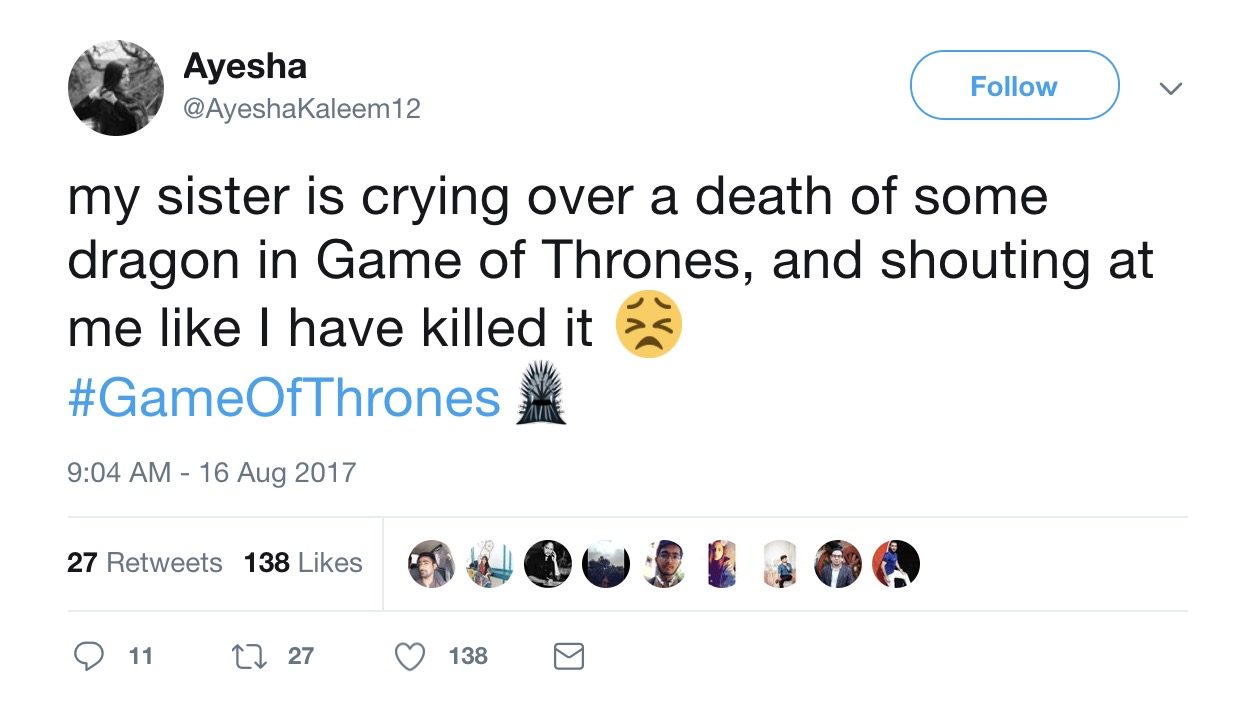 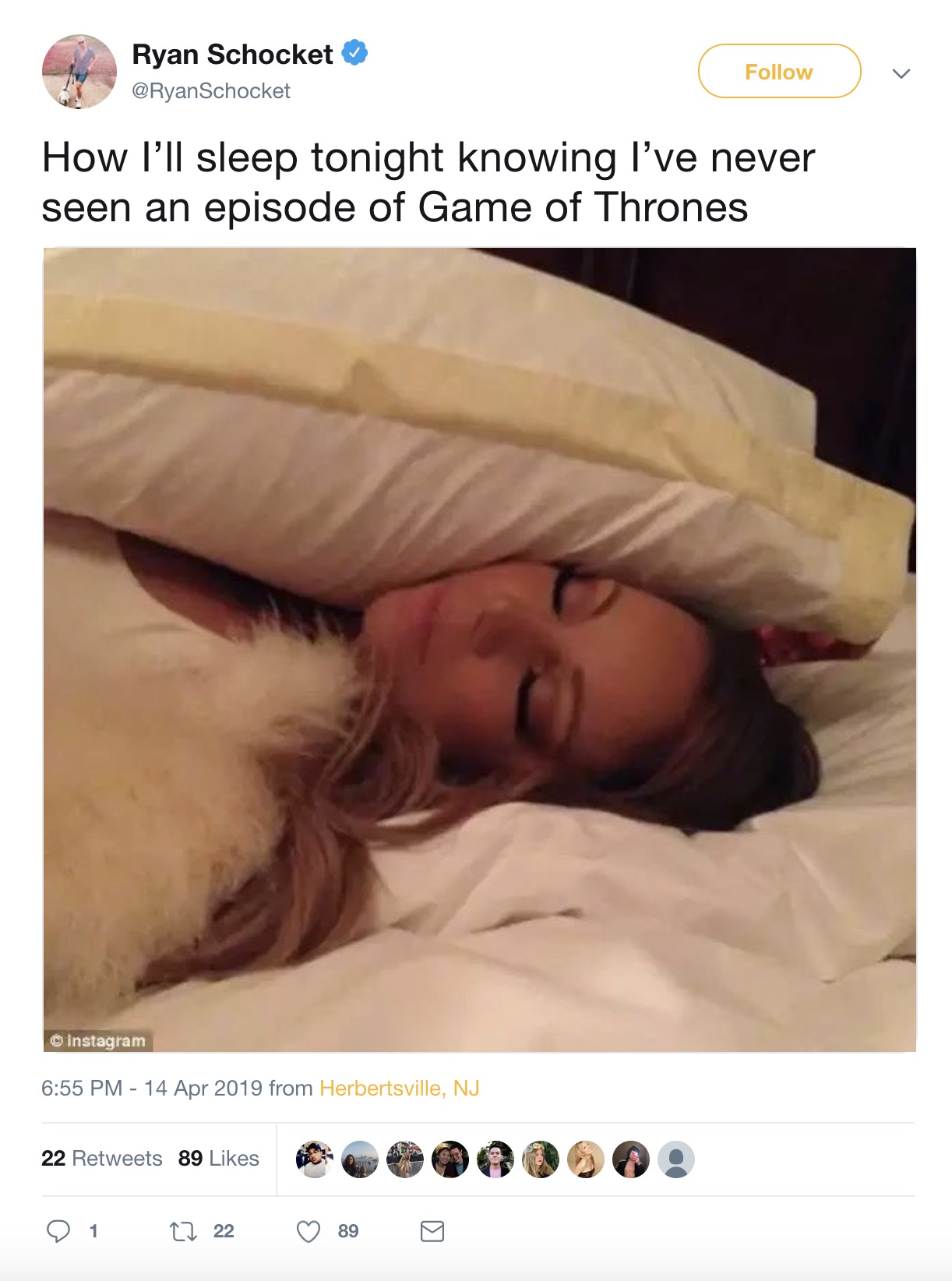