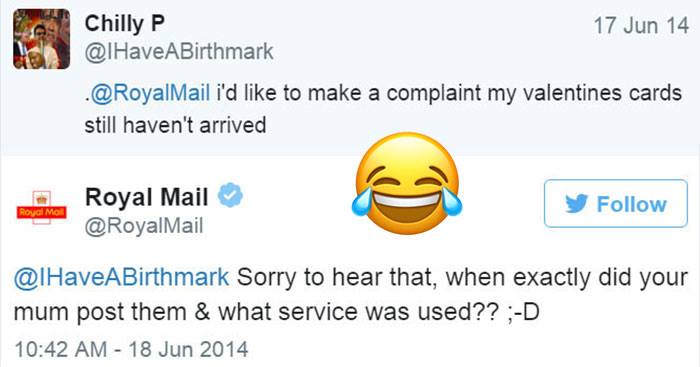 For companies, social media is a great way to promote their product–rather than just advertise whatever they’re selling, site like Twitter and Facebook allow these companies to have a dialogue with their customers. It’s supposed to be a more personal way for corporations and the public to interact with each other, which makes brand loyalty even stronger.

Or at least that’s how it’s supposed to work. Remember, we’re talking about social media here, a notorious cesspool of trolls, jerks, and idiots. I’m not sure anyone has EVER been nice to anyone else on social media. Any company that uses social media will inevitably get flak from the general public.

Most of the time, the people running companies’ social media accounts simply ignore it. But every once in a while, these brave souls snap and throw that negativity right back. It’s shocking and often hilarious to see a normally buttoned-down corporate account go rogue. Below (via Bored Panda) are 15 examples of businesses spewing hot, social media fire.

And you know what? I think I’m MORE likely to give these companies my business. 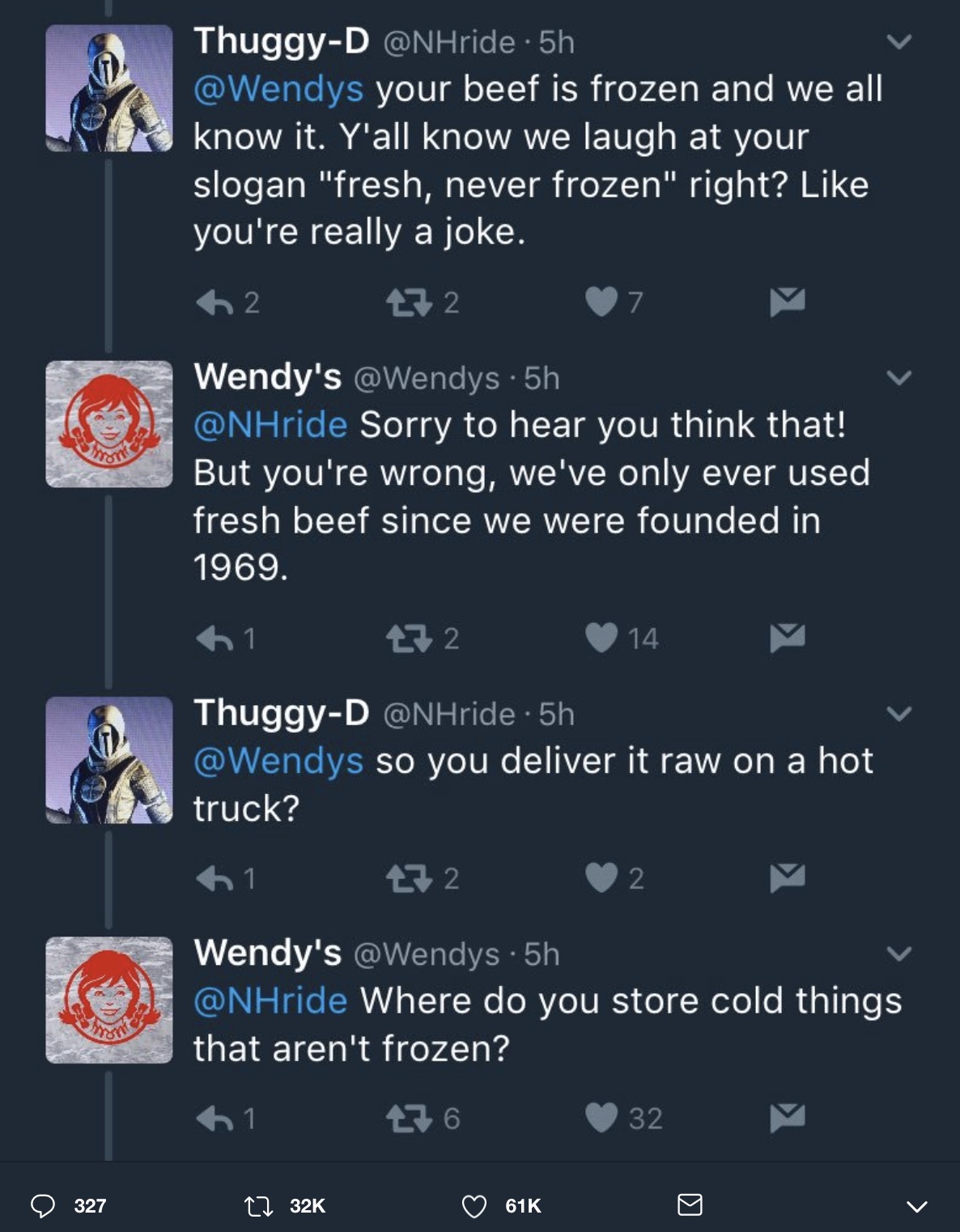 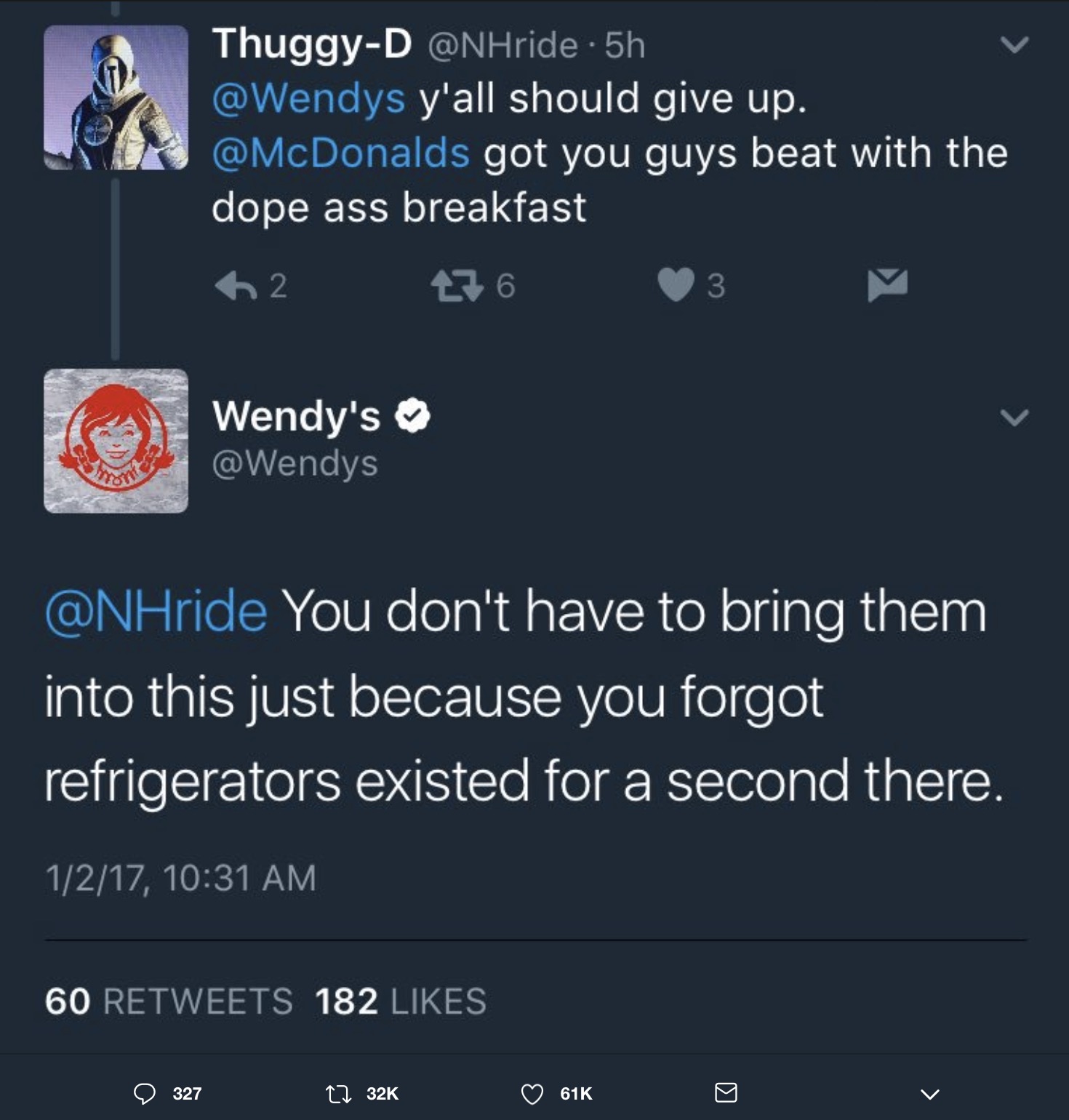 2. Old Spice has no time for your neediness. 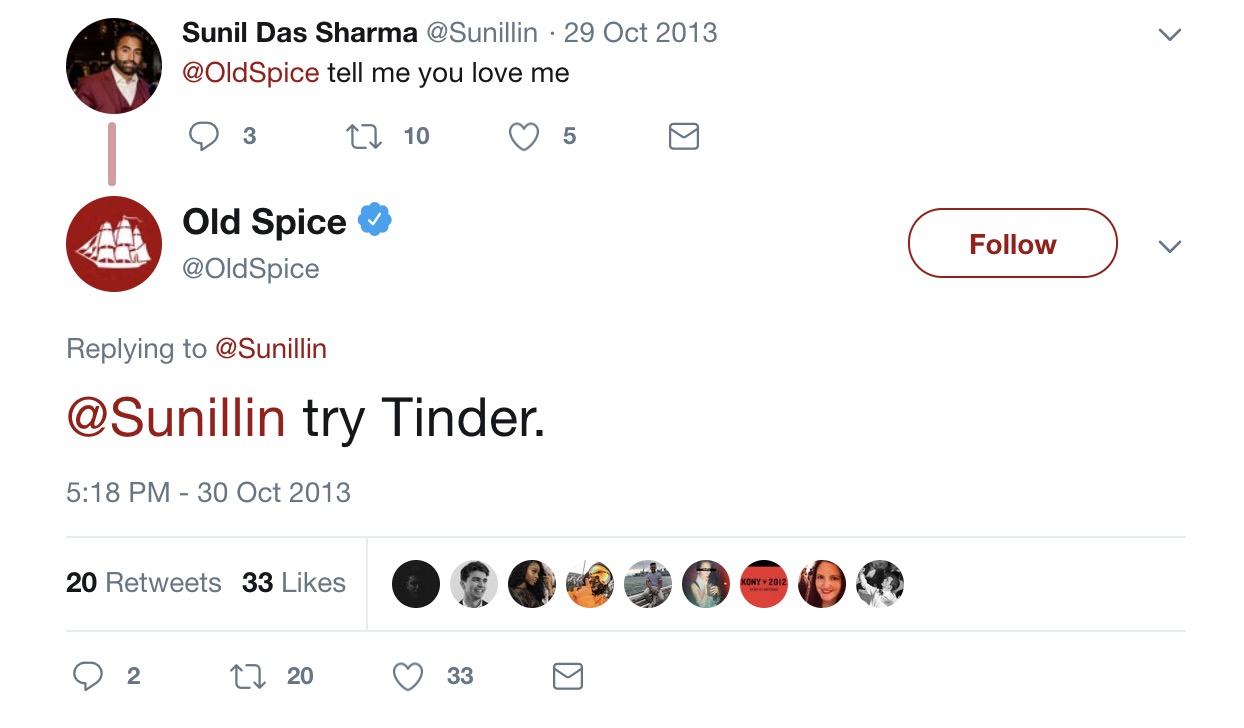 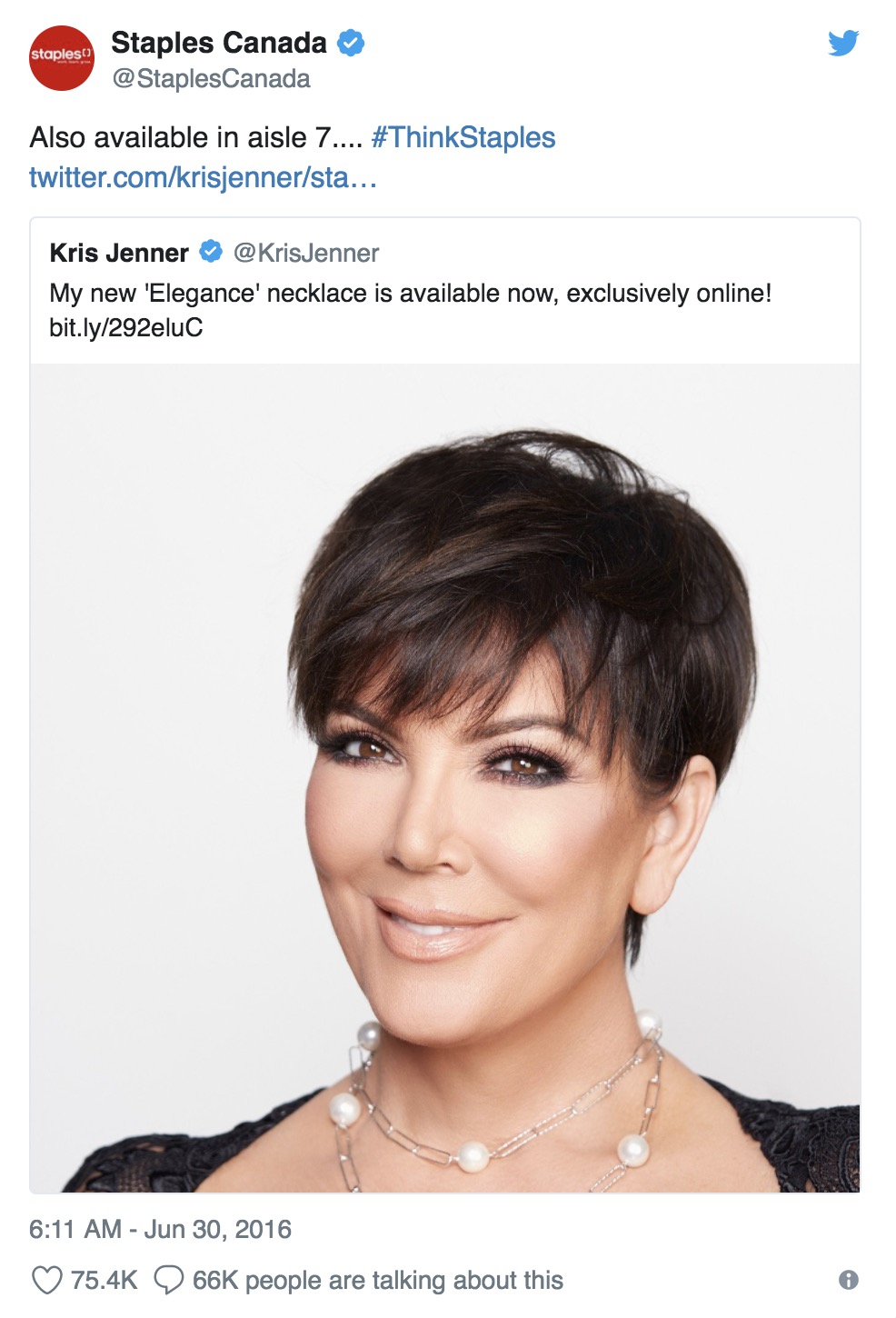 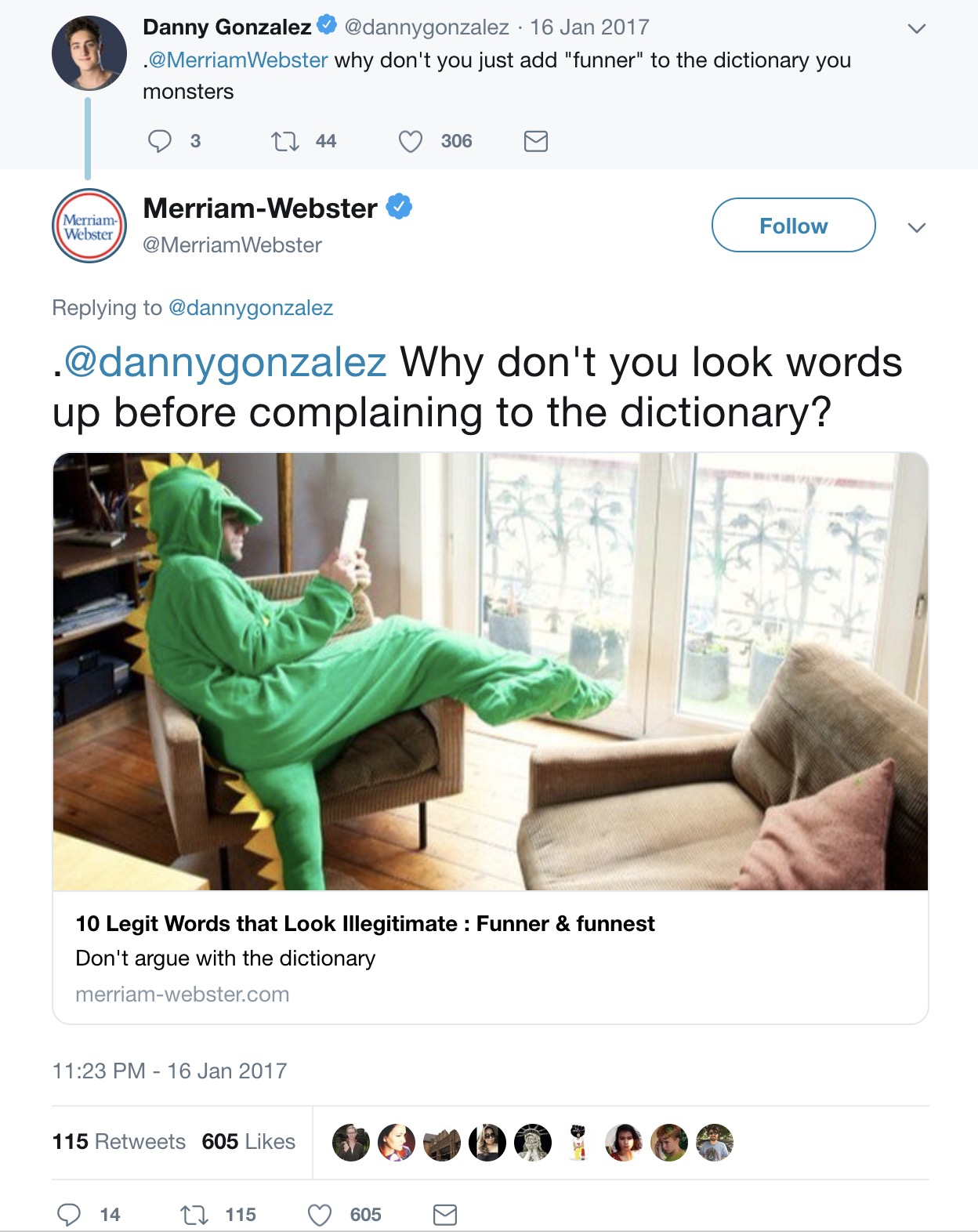 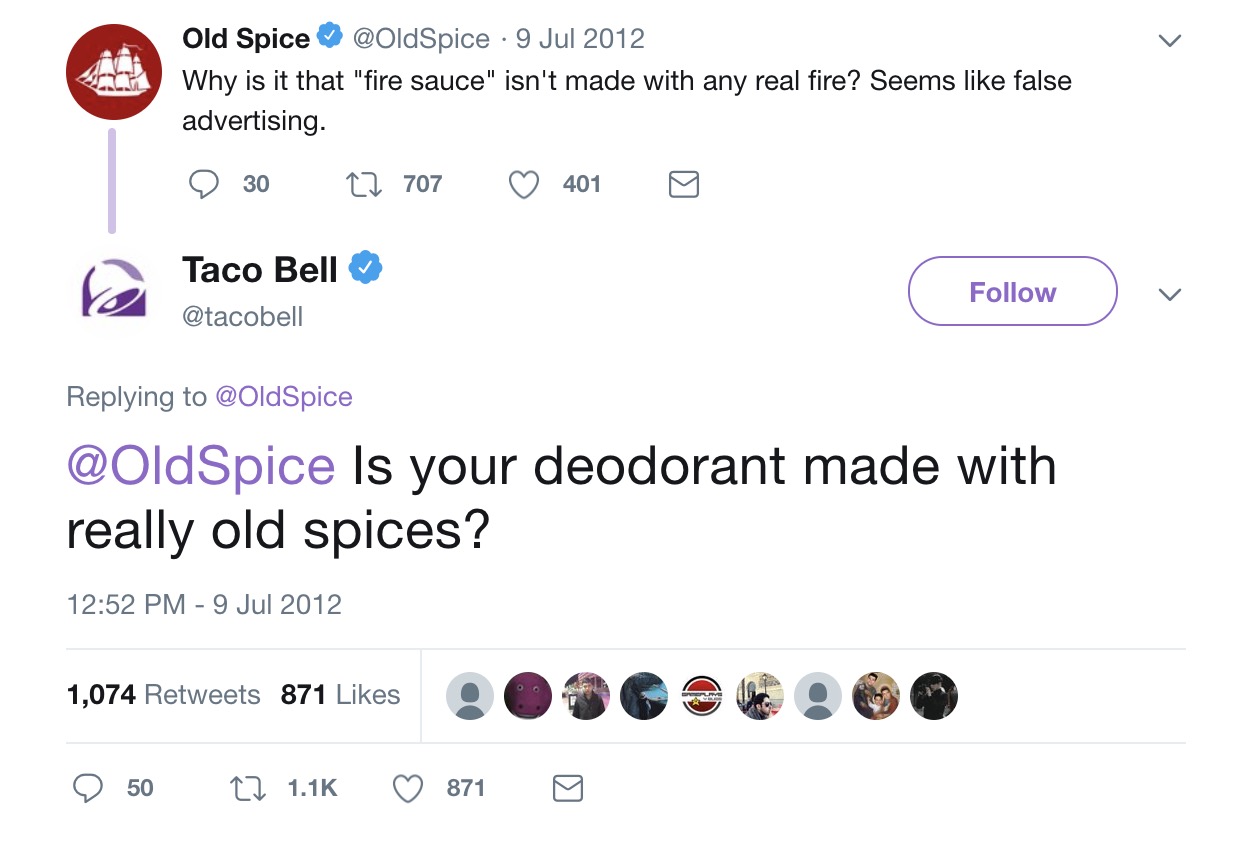 6. Seriously, Wendy’s is ON POINT.

7. Hamburger Helper didn’t need any help with this comeback. 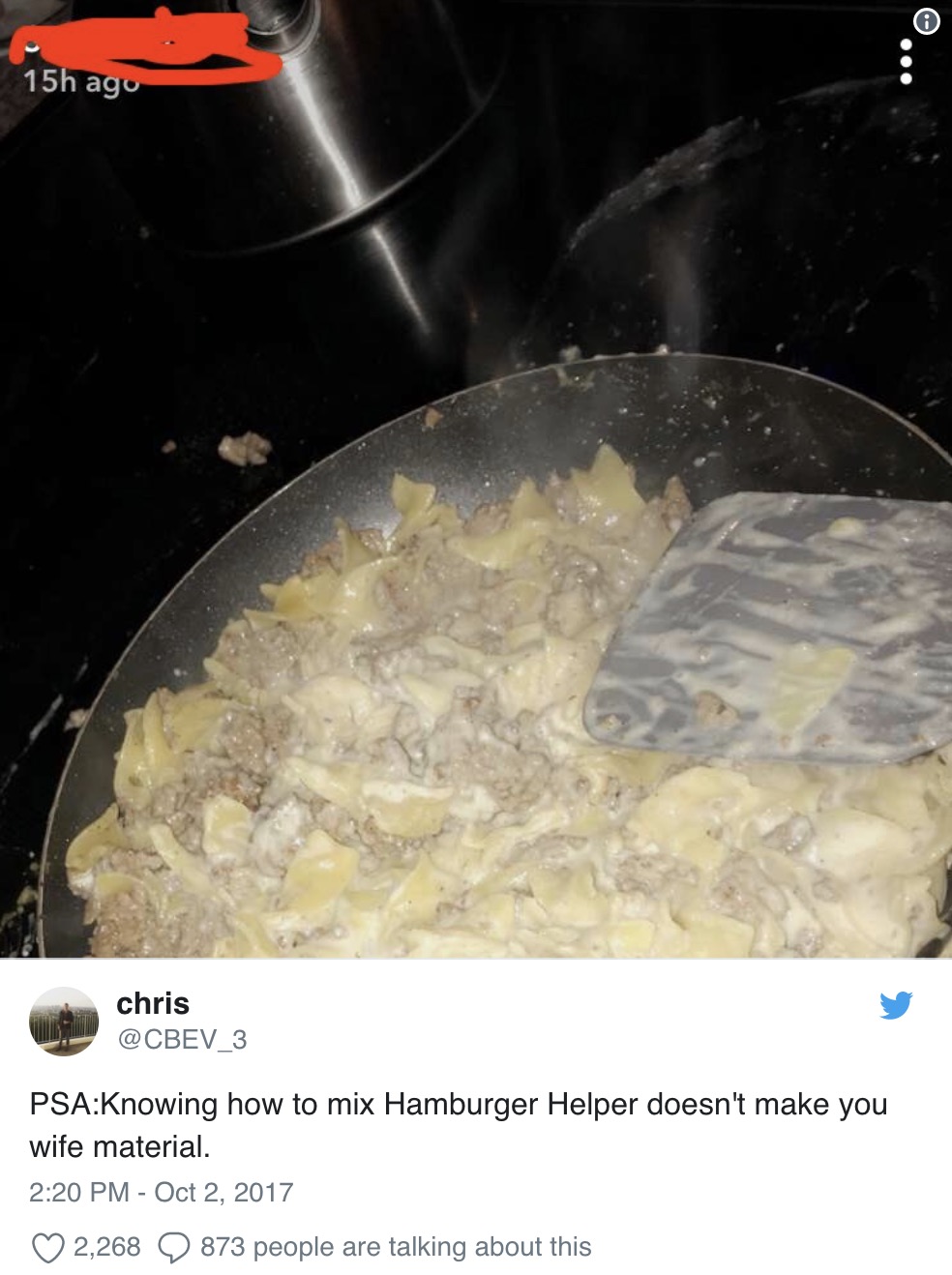 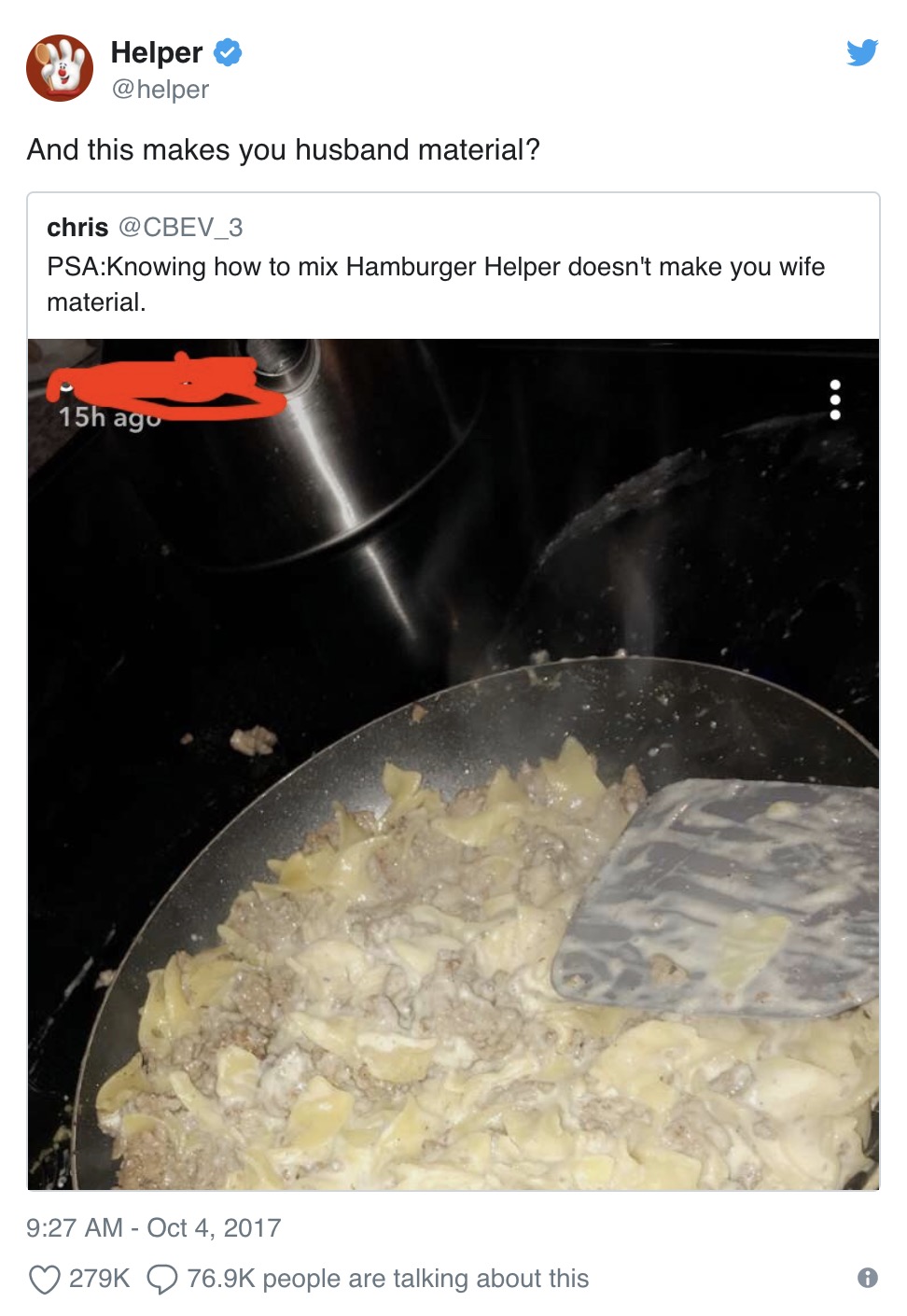 8. More than you ever wanted to know about bird poop. 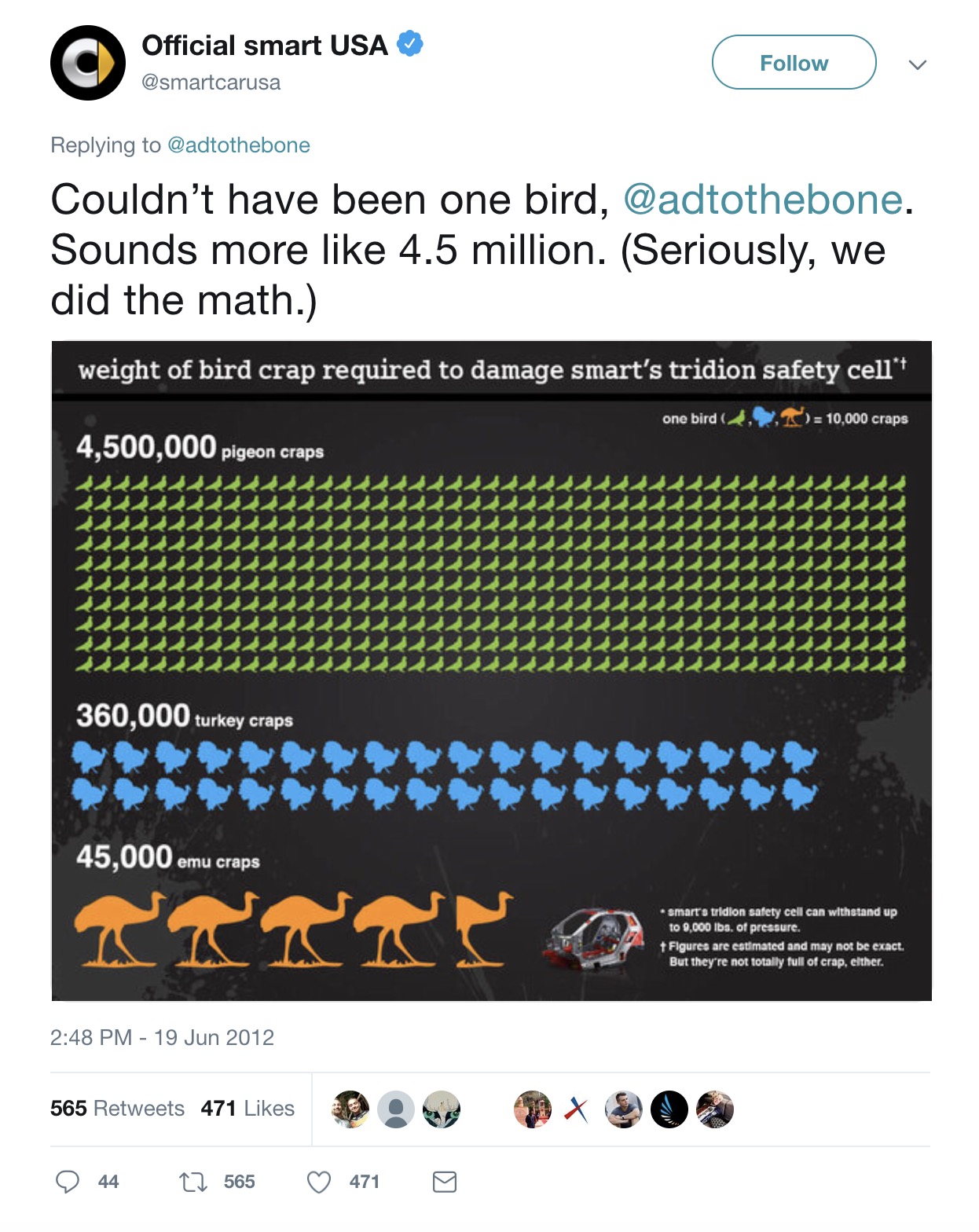 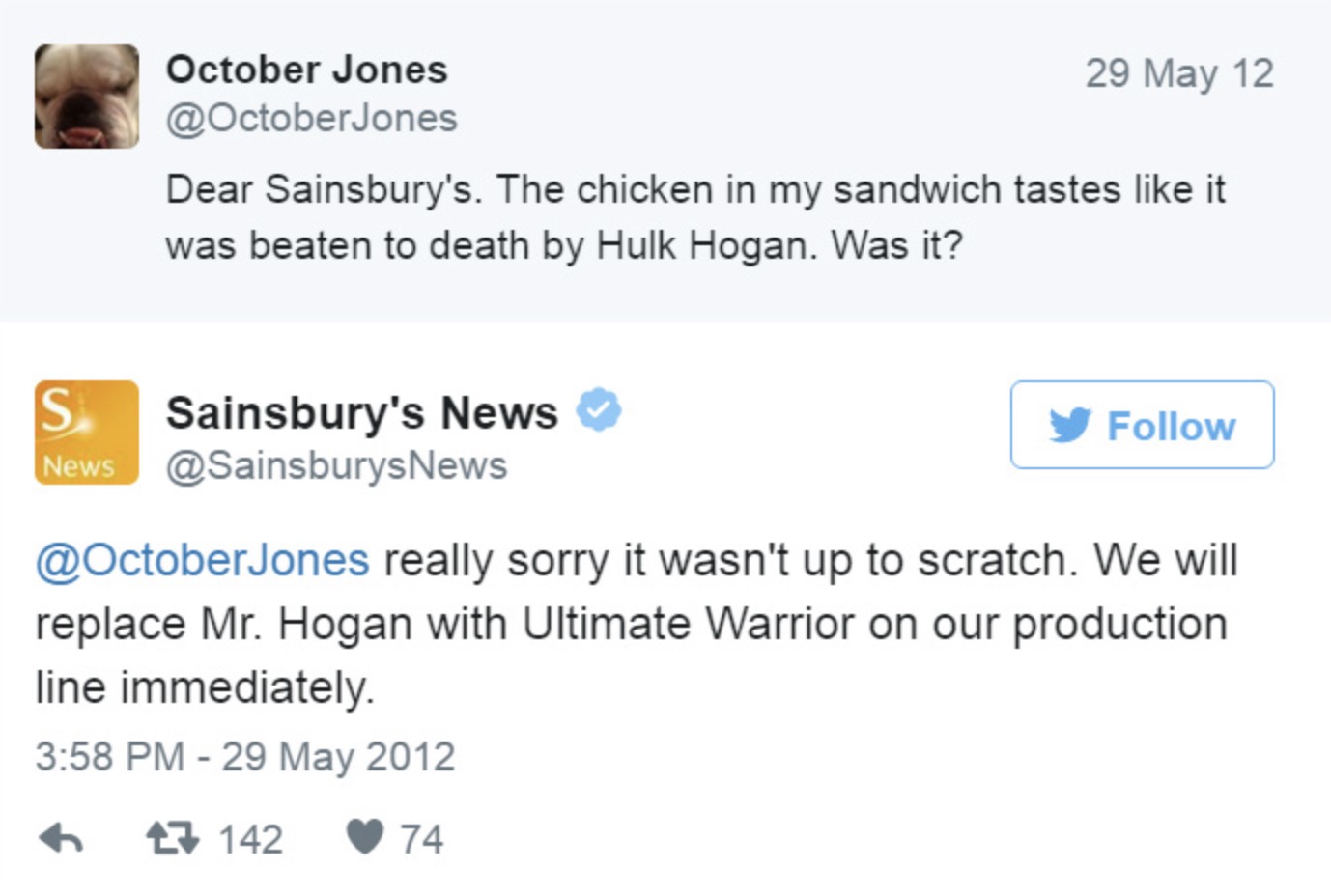 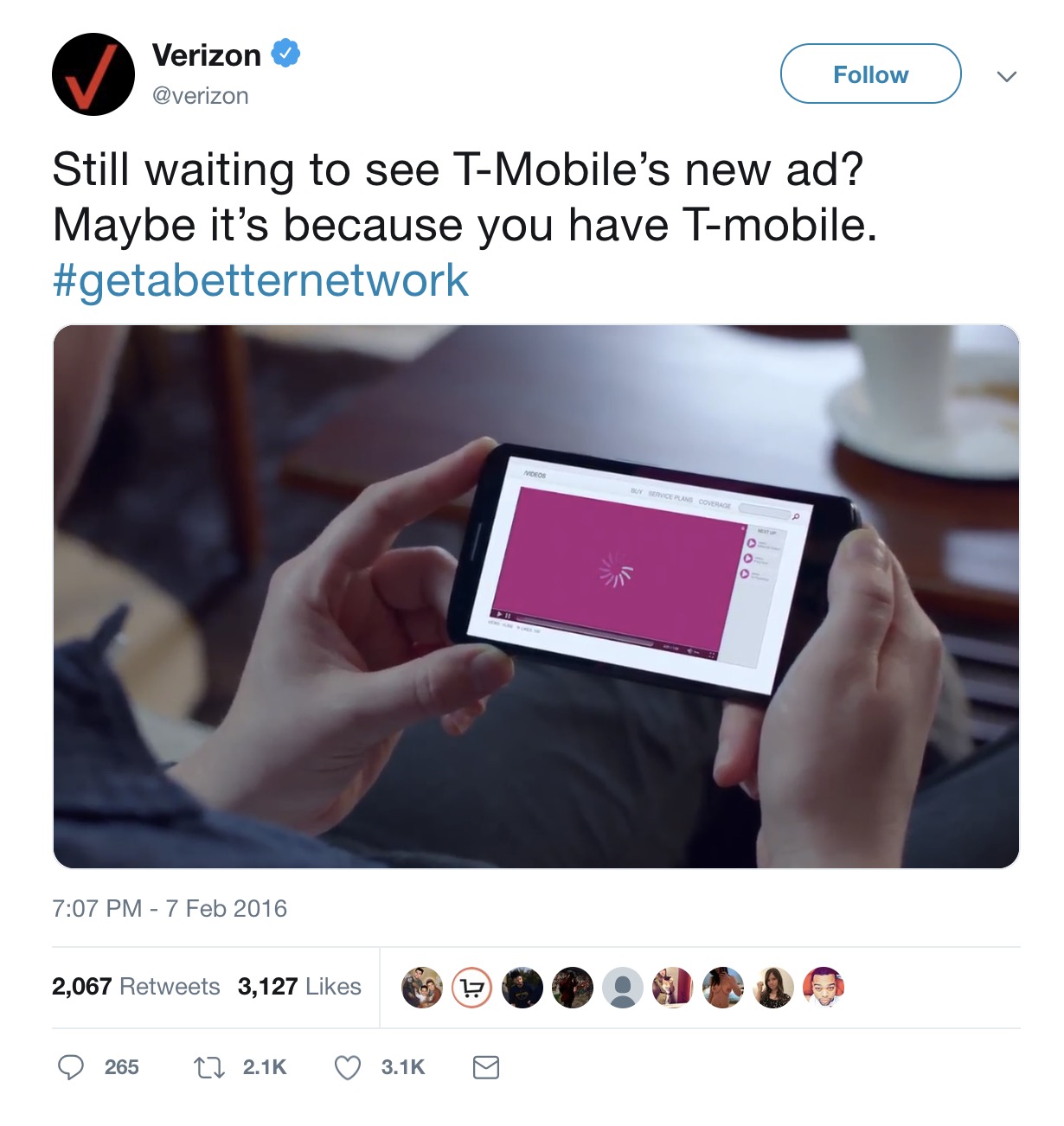 11. Sega REALLY doesn’t seem to understand their customer base here. 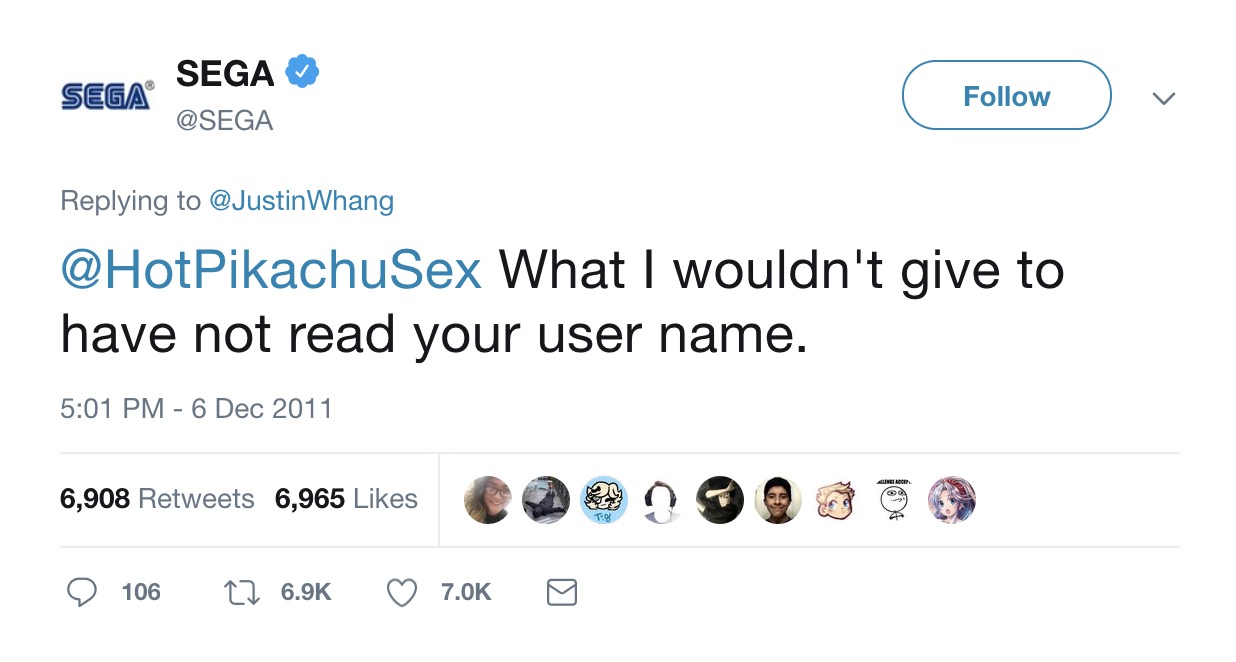 12. The time Charmin was a surprisingly good sport. 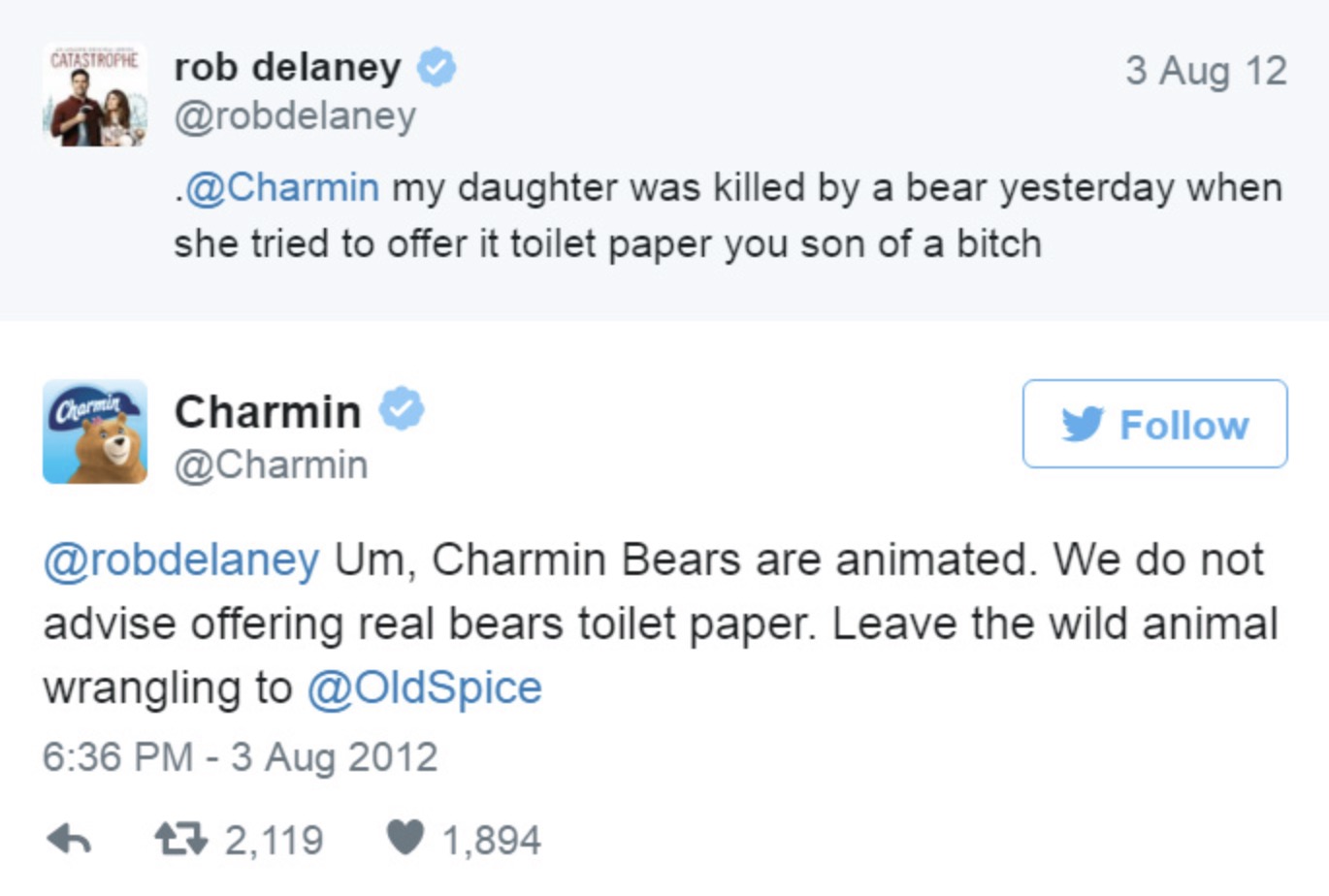 13. If you take a shot at one of the biggest UK supermarkets, you best not miss. 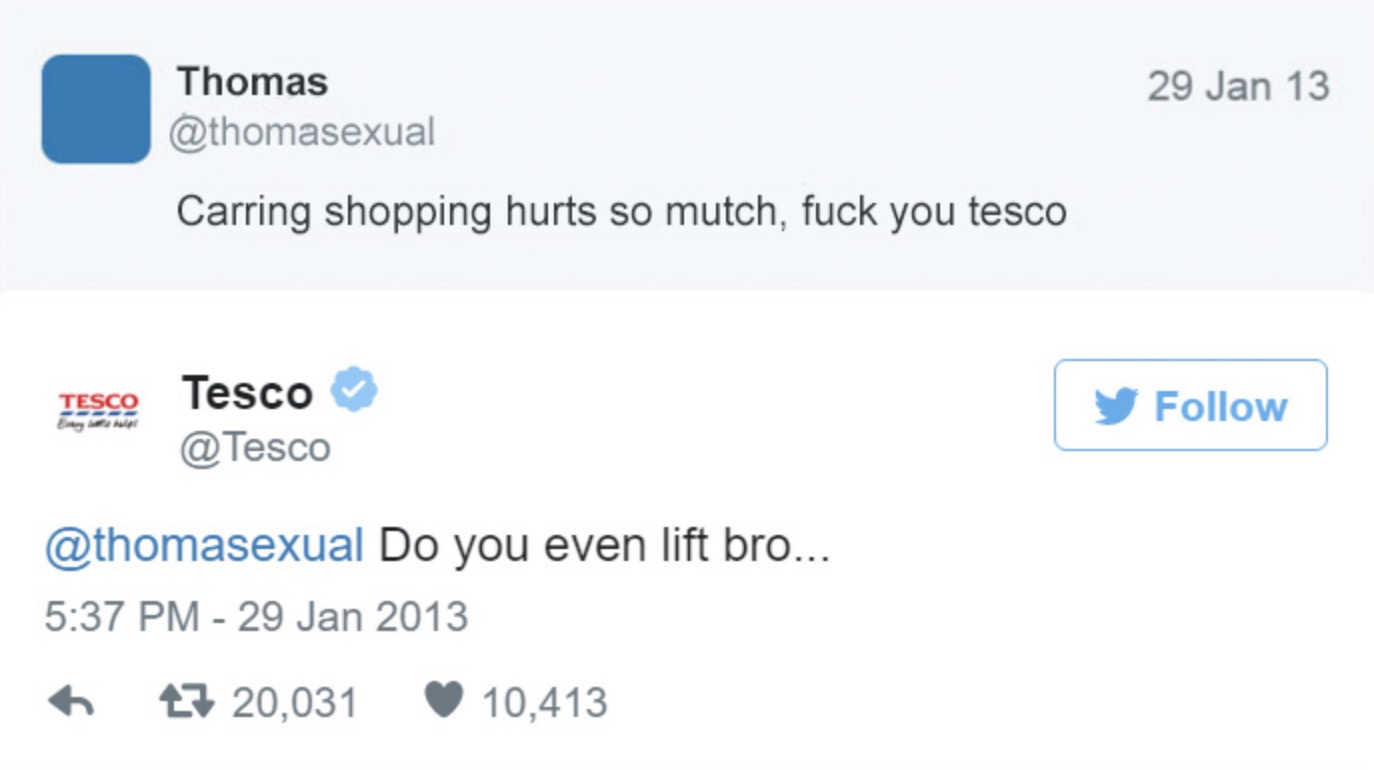 14. Don’t blame the subway for your own tardiness, dude. 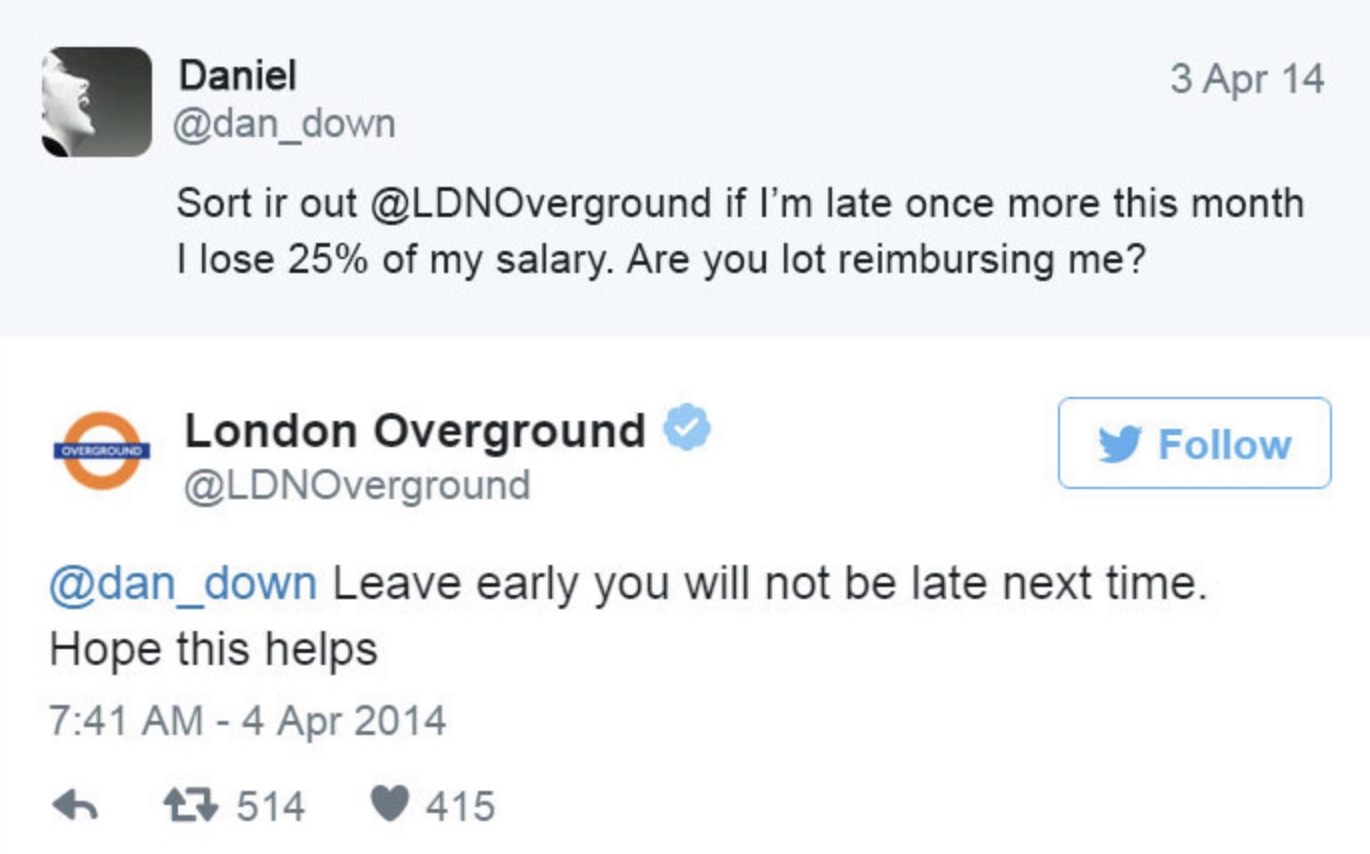 15. Who knew a marshmallow sandwich could be so savage? 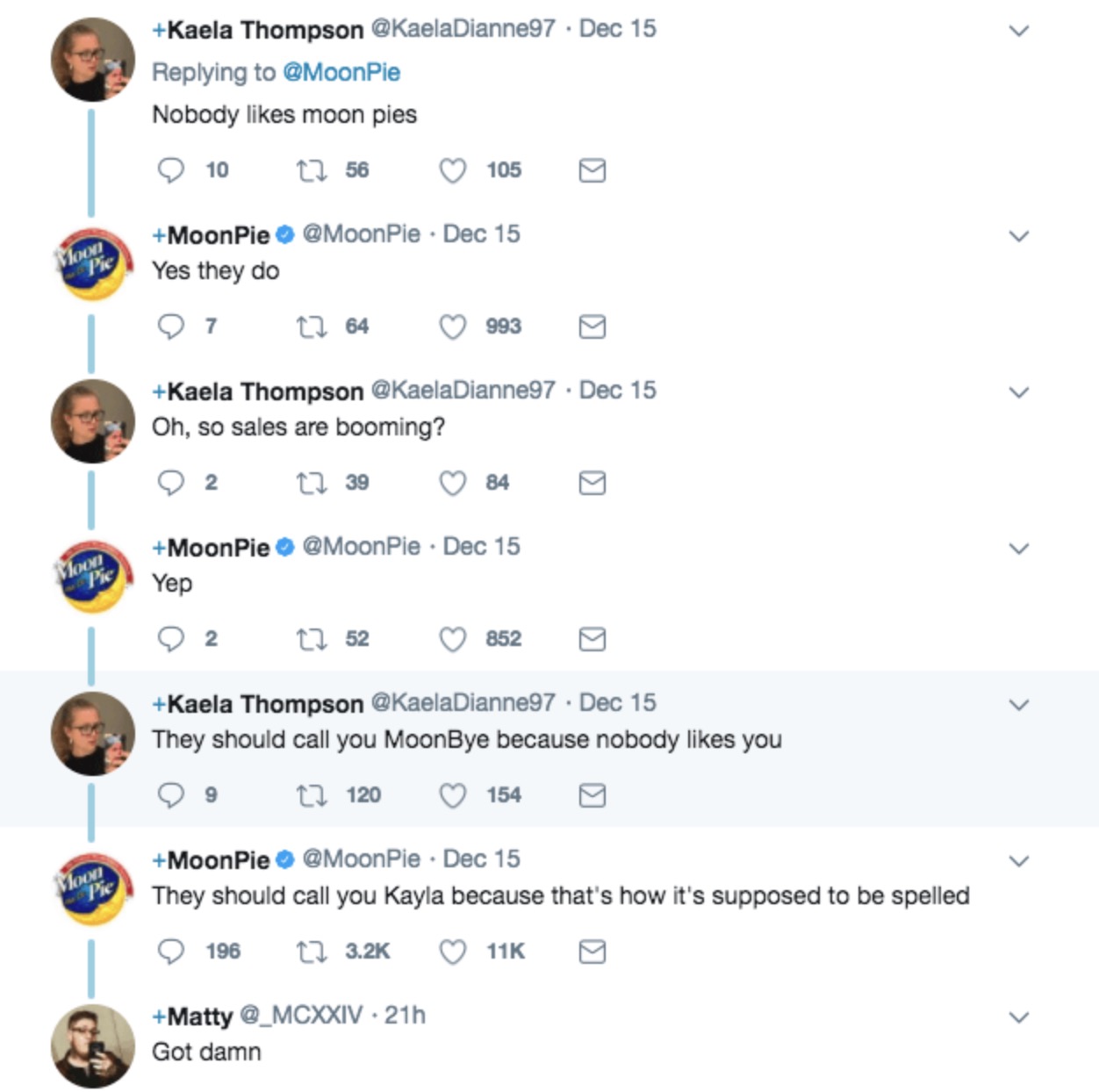