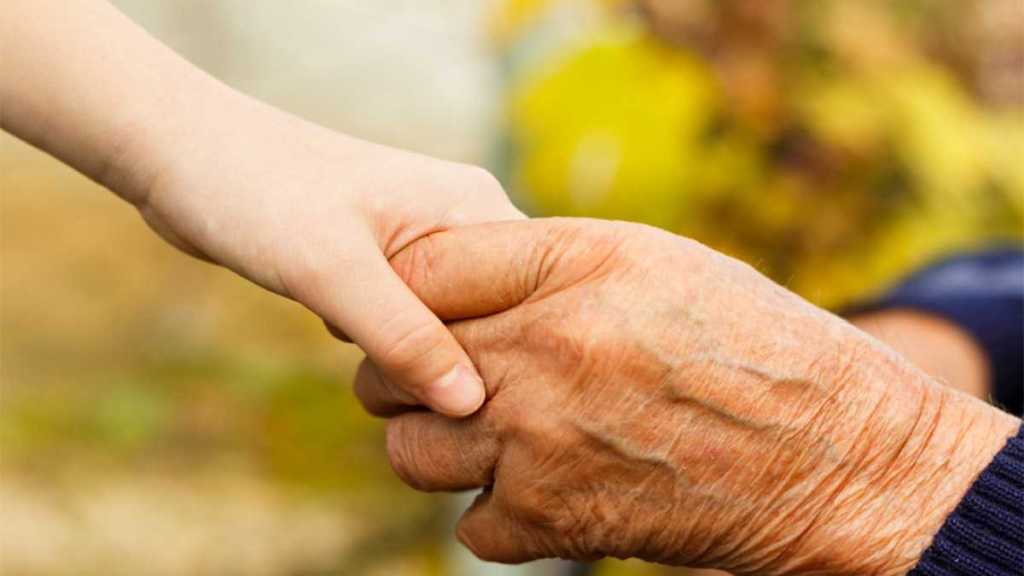 Have you ever had a complete stranger extend a helping hand when you REALLY needed it? I’ve definitely witnessed a few incidents over the years that restored my faith in the human race.

If you need a lift, take a look at these 15 stories from AskReddit users who experienced kindness from total strangers. Maybe you’ll be inspired to pay it forward yourself, one day.

I was heavily pregnant with my son and it was a roasting hot day on a busy bus. Not one person got up and gave me a seat. A elderly woman got out her seat and took my had and sat me down on it, I explained that this was okay and I was okay standing and that she should take her seat back and shouldn’t be standing. She then said to me that I was exhausted and entitled to a seat and that she was so disappointed with all the other passengers on the bus who never got up, she then went into her bag and gave me a wee electric fan to cool me down cause I was so hot.

I used to ride my bike over 7 miles to work & back every day. It was a super crappy  beach cruiser I bought at a garage sale for $10. Needless to say, I broke down pretty often. One cold night my cheap tire blew out in one of the neighborhoods in my route. Being a severely stubborn person, I immediately flipped the bike over to try to fix it myself. A few minutes later I see a SUV start heading towards me. My immediate thought was “this is how I’m going to die!” A family of four pops out & asks me if I’m ok. I, of course, said I was fine & I’m gonna miraculously fix it myself. They ended up calling more family members to come by with a tire pump. They ended up packing my bike in their car, taking me back to their place to look for parts to fix my bike up (I was also missing a pedal) & finally taking me home. It ended up pouring rain and by the end & they said me breaking down was “meant to be”..

I was at a convention where my high school celebrity hero Chris Colfer was going to speak about his new children’s book The Land of Stories. I was sitting at his panel and it was Q&A time from the audience. In a rush, I left my camera on my seat and ran to the Q&A line to go first. I asked my question, he answered, all was wonderful. I got to speak to my hero. At the end of the day I was looking through my photos in my camera and found a video that I clearly didn’t record. It was a video of me asking my question and Chris answering it. I figured that someone who sat next to me in the panel and had picked up my camera and recorded my question for me and didn’t say anything about it when I returned to my seat. Thanks to that stranger, I have recorded footage of my one and only interaction with Chris Colfer.

I got drunk one night and lost my wallet. I noticed it was gone but assumed it was in my friend’s car and was far too wasted to worry about it. About 30 minutes later I hear a knock at my door, two teenagers had found my wallet in a lot about 6 miles from my home. They drove to my house at nearly 1 in the morning and returned it, all content included.

I was on my way to a job interview, I was running a little late…nothing too crazy, but I didn’t want to fuck up any first impressions.Well, I get into the elevator to take me up to the floor where the interview was at. I’m making small talk with this older gentlemen who happened to work in the same office. He asked if I was ready for the interview…it was then I realized I forgot my copy of my resume in my car!

This guy without hesitation pushed the ground floor button and, I hustled my ass to my car, grabbed what I needed and, found the same guy waiting for me in the elevator. It’s by this time that I’m late.

We both get to the floor we need to be at and, as we walk in I let the girl at the front desk know I was there for the interview. The woman is giving me this look of “you’re late you aren’t getting the job”. Well, the older guy goes and tells the woman that he was taking too long to get to the elevator and, I was late due to his being slow.

That dude’s lie solidified my position at the company for a good year.

6. I guess good things do happen at Walmart occasionally.

Was at the checkout at Wal-Mart when I was very very noticeably pregnant, talking on the phone to my s.o. I was telling him they were out of strawberries and I’d have to drive across town to the other grocery store. And old man in line in front of me paid for his groceries, turned towards me, hands me one of his containers of strawberries and tells me baby needs them more than he does.

In college I once forgot to unload my laundry from the dryer. When I got back at night someone folded all my clothes and neatly laid them on top of the dryer. Made my day.

Older woman who gave me a 60 dollar tip at Subway because she overheard me asking my boss for my paycheck early because I needed gas for my car to get to my doctor appointment. She had it in her hand, put it in mine, and told me not to look at it until she left.

Some guy saw me putting $4 in my gas tank one day. He looked at me and was like, “Four dollars!? What is that going to get you? A gallon? You’re driving a mini-van! You’ll go like 10 miles and be out again!” So I responded, “I put in what I can and when I get more, I put in more.” He noticed I had kids in the car and said, “Hang up the nozzle, I’m not going to let you leave here with only $4 in your tank.” Filled my tank. I couldn’t thank him enough, so he just responded, “One day, you’ll have something extra. Just return the favor to someone in your position once you’re in mine.” I can’t wait for the day I’m able to do that.

In 2007 my father passed away suddenly from a heart attack. It was very difficult as I was only a sophomore in high school at the time, and I was the one who first found him laying there dead. It was very surprising how many people wanted to help, and also how many people I thought would, but didn’t. Later that year on Christmas Eve, it was just me and my mother alone for the first time. My dad worked in a hospital and he would work every holiday except for Christmas so it was very special to have him home that day. Feeling rather depressed, I just sat by the window staring outside at the snow. I left the window for 30 minutes and came back to it. Outside someone had decorated our entire front yard with Christmas decorations galore. On the front step was a basket containing all kinds of goodies. In there was a note that said, “Remember you are not alone. There are many who care about you. We hope you have a very Merry Christmas.” To this day it’s still the nicest thing anyone has ever done for me and my mom.

11. The Other Kind of Subway

I had just paid to re-fill my metro (or subway) card for the month. 78$. I was out doing groceries, and must have dropped it on my way home. Apparently a woman had noticed, and tried getting my attention, but to no avail. The next day, I went to find it, and couldn’t. I was pretty upset that I would have to pay for a new one again. On my way out, downstairs in the lobby of my building, I saw a note that said to call this number, a metro card was found. I couldn’t believe someone would actually make such an effort to return something they could have easily just used for themselves.

As a child there was nothing I wanted more than to catch a baseball at a baseball game and have it signed by the team. My Dad took me to a baseball game one time and we were seated behind a family with a little boy a few years younger than me. I was talking to my dad about how much I wanted to have a baseball signed by all the players and the boy in front of us heard me. His dad turned around and showed me a baseball that had been signed by a significant amount of baseball players from that team. I looked at it and he let me hold it. When I tried to hand it back to him, he informed me that it belonged to his kid who had taken lessons from some of the players. Apparently this kid had heard me talking to my dad and decided he wanted to fulfill my desire for an autographed baseball. I still have it.

Had only just learned how to swim, but wasn’t great at it by any means. Was on my first family vacation in Florida, and we were at the pool when I tried to swim into the deep end of the adult pool at the hotel. I started to struggle, and almost made it to the ledge to get out, but my body just sort of gave out and I sank. And then I get lifted up by some stranger who just lays me on the side of the pool, asks if I’m okay, then is on his way. Nobody else cared to help or just figured I was just playing around like I was drowning. If not for him, I’d likely be dead.

I was homeless for a couple weeks. I worked during the day, rode the bus in the evening catching naps between transits and walked gas station to gas station at night to stay warm. One of the gas station attendants caught on and offered me a place to sleep. He left his keys in the car, so I could run the heater if I had to, and begged me not to steal it. I didn’t, and left in the morning leaving a thank you note on the dash. He woke me up around 5 too, with some microwaved sandwiches. He is one of the kindest people I have ever met. The only thing he’d say as to why was that he knew life was hard, and he always hoped if he was in my spot, someone would do this for him.

When I was laid off years ago, with my wife and two kids to feed, someone would send me either $100 cash or a grocery gift card in the mail. It came every 1-2 weeks with no return address. To this day I have no idea who was sending it.