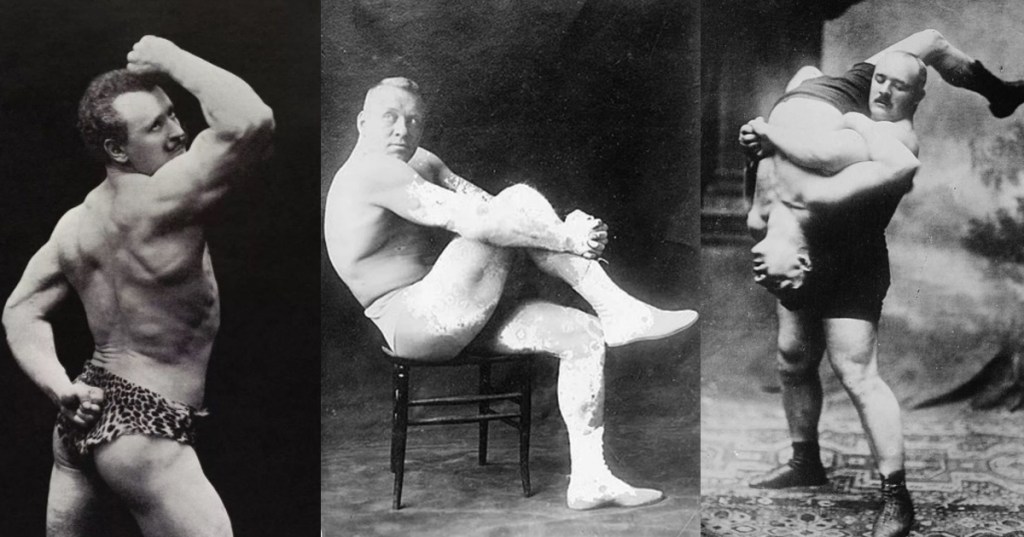 These days, if you want to make a living by being really really strong, there are many options available to you. The Olympics has featured strength events off and on since 1896. Strength sports like powerlifting have been formally organized since the 1950’s, and they’ve got a permanent place in our culture. Anyone who has tuned into ESPN 2 during non-peak hours has probably seen The World’s Strongest competitions.

But if you wanted to be a professional strong person in the late 19th and early 20th century, you were less of an athlete and more of an entertainer. For starters, you likely would have had to join the circus and perform spectacles like bending nails or tearing a large book in half. Many would even sell postcards of themselves flexing in the nude or nearly nude.

Today we’re going to be looking at some of those postcards. Supposedly people back then ate this stuff up, but to us today this all seems quite strange. 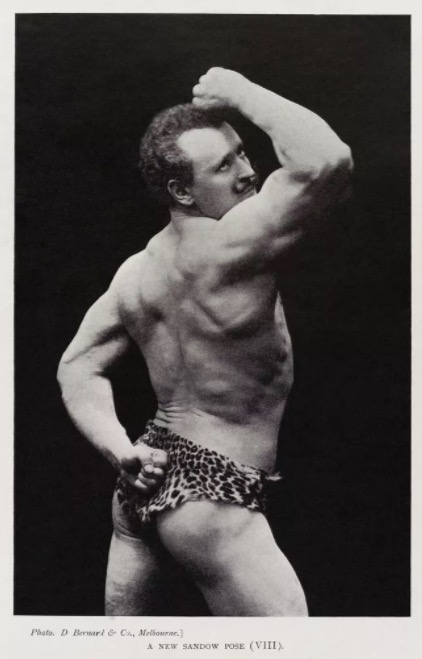 Amazingly, there was a time when you could wear a leopard print speedo and be considered mighty, and not mistaken for a Magic Mike character. 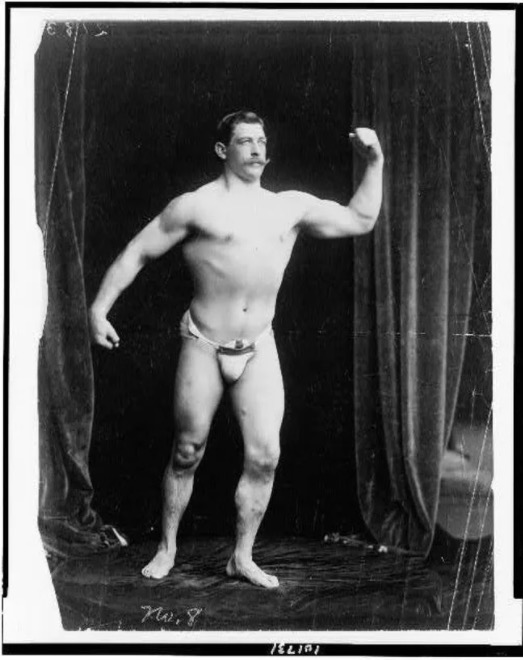 Today bodybuilders emphasize the mass of muscles like their pecs and biceps, but in the early 20th century bodybuilders showed off their obliques and bodily symmetry. 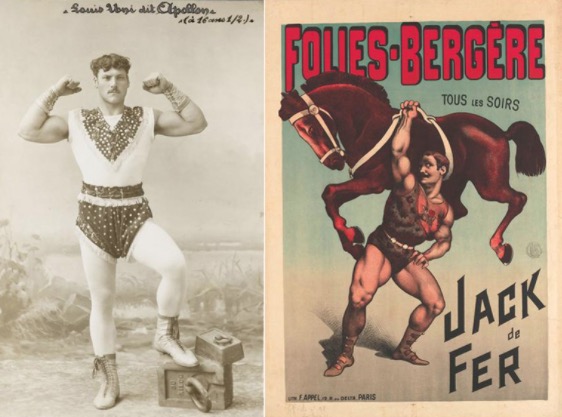 Louis Uni, or “Apollon” as he was called professionally, had two talents. One, he could knock out a horse with one punch. And two, he could upset people on the Internet decades after his death. 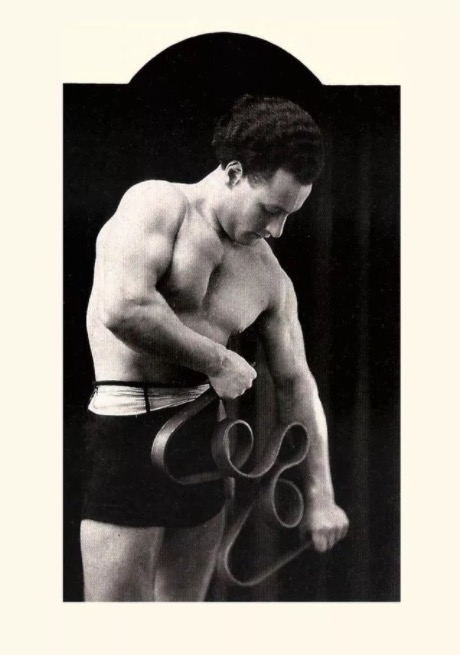 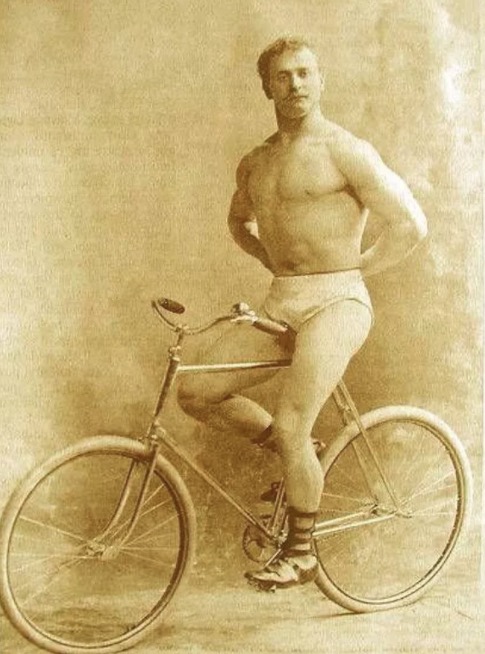 Wow! What a feat of strength! This is a man so strong, he can…um, balance himself on a bike! Just like…most children can do! 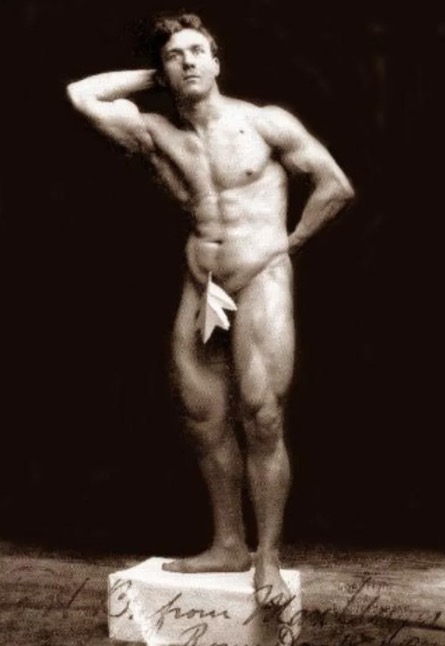 Another fig leaf photo. I bet strongmen got their fig leaves mixed up with each other all the time. So embarrassing. 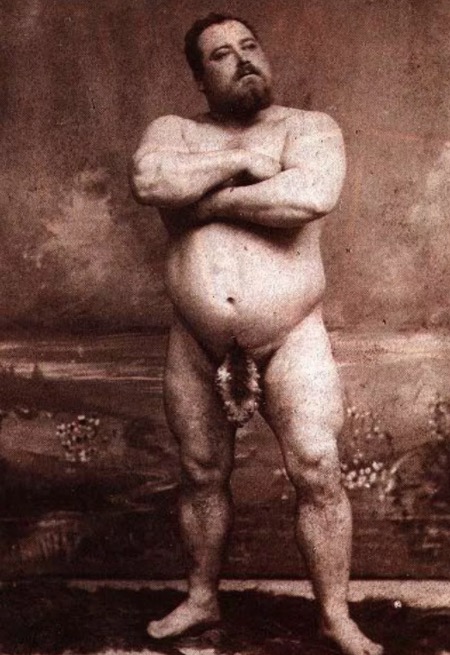 Louis Cyr was known as the strongest man in the world, and as a man who had no idea how to correctly wear a loincloth. 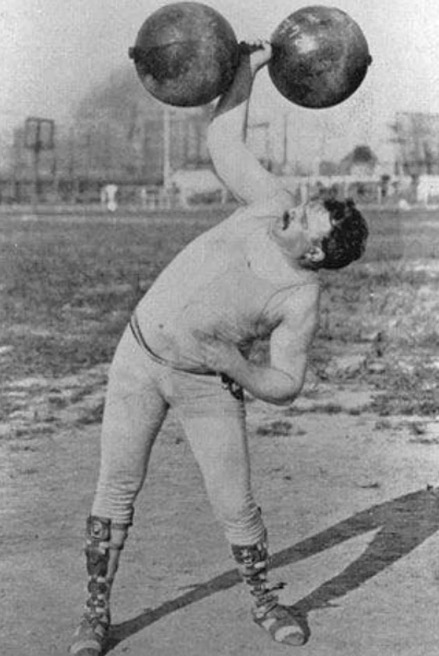 When weightlifting began as an Olympic sport, there were two varieties: one-handed and two-handed. Frederick Winters is competing in the one-handed snatch. Unfortunately, he was disqualified for not having a long enough mustache. 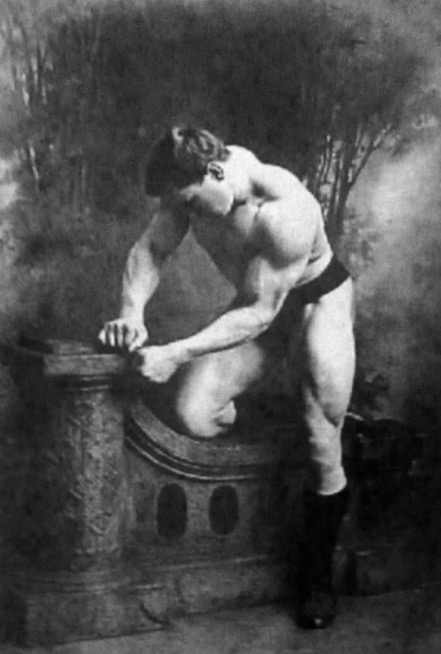 He’s either showing off his triceps or he’s tearing the world’s smallest phone book. Either way, I’m impressed! 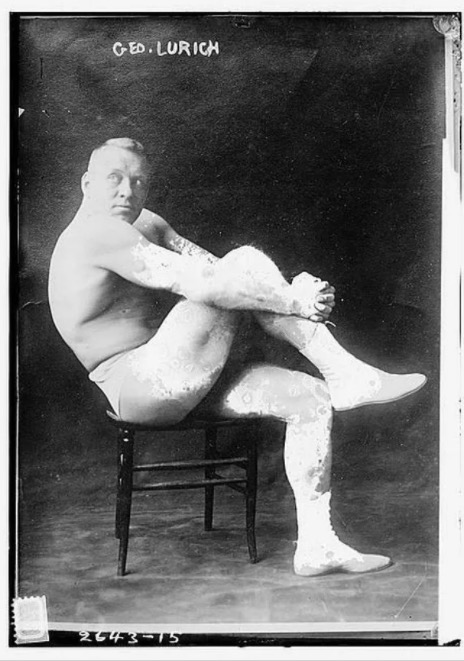 Georg Lurich was an Estonian wrestler and bodybuilder, and this photo shows the very first time he tried to sit in a chair. 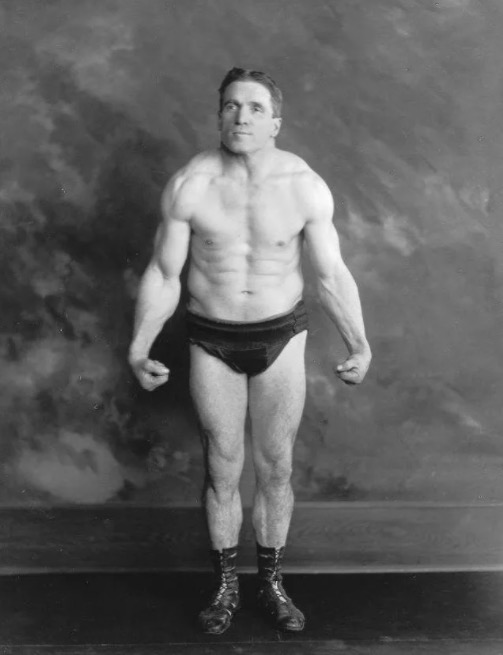 What’s really tough about being strong like him is, people always think you’re shrugging your shoulders. 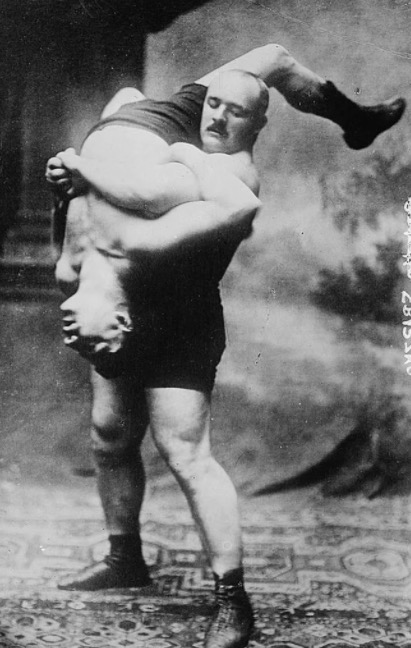 Can’t find a barbell? Just use another bodybuilder. In fact, you can try this next time you’re at your local gym. 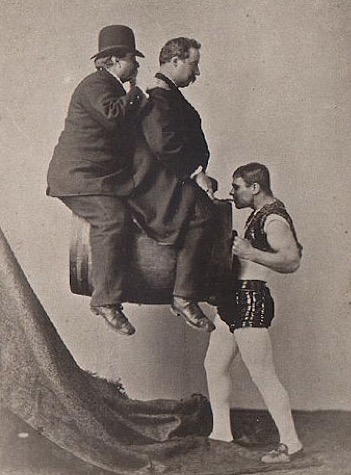 Signor Lawanda’s whole thing was being able to lift men using only his jaw. 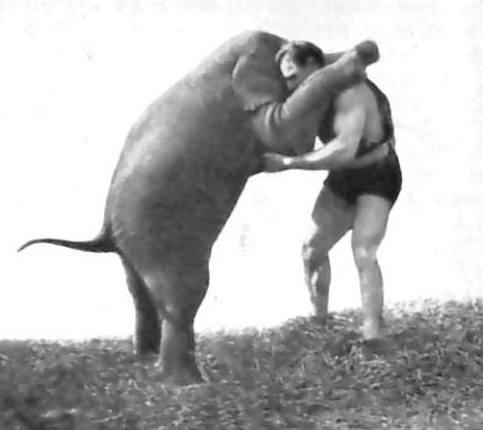 In his circus act, Hermann Goerner would wrestle a baby elephant. The elephant’s job, meanwhile, was not to roll its eyes. 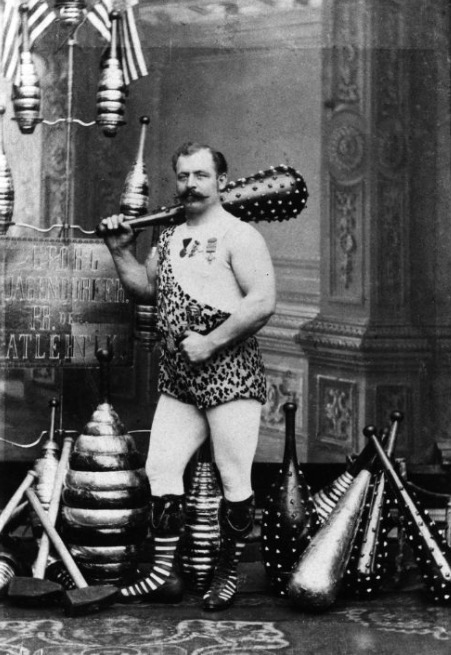 Pretty sure this guy is the inspiration for Fred Flintstone.