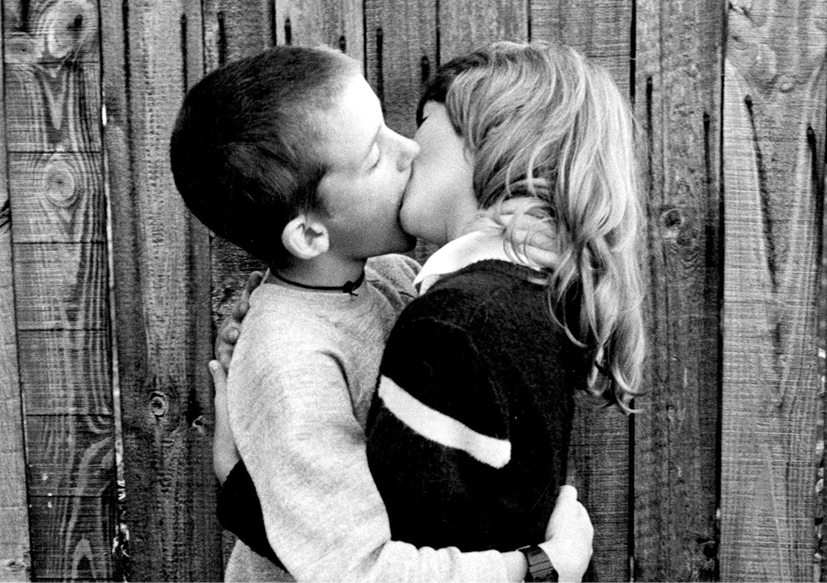 Do you know someone who made one these pacts with a friend? The whole “if we’re both not married by the time we’re 30 (or 40), we’ll marry each other?” I personally don’t know anyone who has agreed to such a deal, but apparently it’s not as uncommon as I had imagined.

These AskReddit users talk about what became of the marriage pacts they made when they were youngsters.

I had a “if we are still single” by 30 pact. We didn’t make it to thirty, I was 25 when he told me he wanted to be together. 9 years and going very strong.

My friend and I, both straight guys, made a pact for 40. “It would be funny. Just a couple of straight guys enjoying tax benefits.”

We’re not quite 30 yet, but our friendship is currently strained due to some actions on his part. Don’t do drugs.

Did it, and it lasted 4 years. We had both changed too much.

That’s all I got to say about that.

Our deal was 28. He was my best friend. At some point in our friendship he slept with one of my friends, (18) I got the idea we obviously were just friends and we kept it at that… I started dating my now husband and he almost immediately moved home.

I found out later from a mutual friend that when I got into a serious relationship it crushed him because he was in love with me. He even offered to come back and take care of me when I ended up pregnant a few years ago. I would probably have married him if he would have told me how he felt. Oh well, such is life.

We were both 18 when we “jokingly” planned to marry if we were both still single at 40.

We barely made it to 25 before getting engaged.

Back in highschool me and this awesome girl had one for the age of 30. I forgot about it because I got busy travelling and working my career, saw on facebook she got knocked up and looked awesome, then out of nowhere of no contact for a few years afterwards she messages me saying:

“Im getting married to blablabla, sorry”. At first I was happy and excited for her thinking nothing of it and why it came out of nowhere for a private message, then later that night after a couple beer I remembered our deal then got sad and had more beer.

Stoked for her though, she has a beautiful family in a nice quiet town. Meanwhile I’m a nomadic contractor who’s soul is destroyed who’ll be forever alone.

Made a deal with a friend that we would get married at 35 if neither of us found anyone else by then. She decided to skip all that stuff after a few months and we’ve been together for almost 7 years now.

Me and my bestie had the whole “if we are still single by 30” thing going. We made it to 28 and decided to just get married anyway. We met at 11 years old.

Also both of us are female but neither of us are gay. We just decided we’d rather live together as best friends than keep trying to find husbands we like more than each other.

The woman I had the deal with is now married to the father of the girl who set me up with the woman who became my wife.

I crushed on a girl since I met her at 15. Never once told her how I felt – junior high thru high school. Went off to different colleges. I always kept in touch throughout the years off and on. We were sort of friends. I’d maybe email her once or twice every couple years. She finally got on Facebook around age 35 and we got to talking. Both sort of single with pathetic dating lives at the time, so we joked around about getting married if we were both single by age 40. Never thought it was serious. We lived in different states. Time went on and the keeping in touch fizzled.

I got deployment orders to an undisclosed location in the Middle East and went back to my small home town to visit my mom before I left. I got super drunk with one of my old high school buddies. He had her number so I blew up her phone, texting all my feelings I’ve had for like 20 years. I was black out drunk and vaguely remember doing it. The next morning I embarrassingly read everything I wrote. At first, she was very confused thinking it was the other guy writing all this to her. He was married, btw.

She got a hold of me and we chatted. I called her. Both still single. We texted and called as much as possible during my deployment. She’d send me care packages. Her support really got me through a rough deployment. When I returned stateside she was there to greet me. We had our first kiss at the airport. It was so exciting, the butterflies. We spent 10 awesome days together. Then I flew back with her and spent the rest of my leave with her. I proposed 3 months later, she said yes. I moved cross country and we got married.

Sounds like something out of a romantic movie, huh?

We currently have a 1 year old 17 month old and I have to admit our marriage is pretty rocky. A by product of rushing a marriage, child and 10 other life changing events in such a short time span without really getting to know each other and setting and agreeing on life expectations up front. But I’m hopeful with either outcome – stay married or divorce.

We were friends for years (since we were kids), we had a ‘let’s get married by 40’ arrangement, she ended up dating a guy and had a kid with him. I gave up on that idea. Then he cheated, I stopped pussyfooting around and told her I loved her, and we’re expecting our daughter within the next few days!

We’re not married yet, but hey we’re not 40 yet either.

When my college roommate got married, her little sister and I plotted to get married by 30 to cash in on all the sweet wedding gifts. It became a running joke, with a hint of reality. Like, “ha ha, but maybe?”. When she was 29, we were all back in town for Christmas and she brought her long term boyfriend. Apparently, she was getting mad at him for dating this long with no proposal. So, I stopped by the grocery store and got one of those candy ring pops. I reminded her of our deal, gave her the ring and offered her my services if no other suitors had stepped up yet. A laugh was had by all, but her bf went out the very next day and bought her a real ring and proposed. I’m going to take full credit for them being happily married for 4 years now. And in case you’re worried for me, I met a girl that very weekend that I’ve been dating for almost 3 years. Happy endings for everyone!

I had a married by 30 pact with a girl in high school. I freaking loved this girl. We used to pass around notes that were signed “M30” as sort of a little inside joke between us, even when we were seeing other people. We did date for about a year at some point.

She literally FORGOT by the time she was 27 or so, and swears she has no recollection of the whole thing. I was married already and wasn’t trying to “activate” the arrangement at all, but that still pretty much broke my heart.

Made this pact with a friend in high school and we’re still friends today. We’ve got 14 years to go until 40, but if we did try to invoke it I could see it going either way really. We’ve tried dating before and that went pretty badly, but a lot changes between 15 and 40, so maybe we wouldn’t be too scared to hold hands if we tried again in a decade.

Have a friend who lives quite far from me. Heck, she lives in Philly and I’m in Canada. Known each other for a decade or so, and although we’ve never been super close, we do share a lot of similar values and mindsets. For quite some time we kept in very close contact, used each other as sounding board and there was some mutual attraction for sure, but we knew it just wouldn’t work – if not only for the distance, other logistics.

I was in my early 30’s, she was approaching mid 30’s. She was dead set she wanted a child and I’m undecided. Both of us were single. She insisted she wanted to be preggo before she was 35 as her biological clock was running out and she didn’t care if she’d be a single mother, she’d go to a sperm bank. Her dream has always been to be a mother. Incredibly admirable.

After a lot of talking, we agreed that we would at least try to conceive together if she reached 35 with no partner. We went so far as to research the laws for me signing off all rights and her not to be able to back-door me for support and whatnot – in both of our respective places and it seemed like it would be possible for me to basically be a donor with no ties. We continued to casually joke about it from time to time, but suddenly she’d 34 and it’s becoming more of a reality.

I had a ton of vacation time left at work and some extra cash on hand. I decided to go visit for a week because why-the-hell-not, right? There was a heavy implication that we’d “give it a practice run” before her birthday in 8 months. Things were looking bleak for her. She was 34, no relationship, job was going to crap, and was living in a place she mainly hated.

She picks me up from the airport and the entire ride home she’s telling me about this guy who she just met and how he’s wonderful. I’m happy to hear it until I meet him the next day. He just seems… Bland. Boring. Not right. He was kind of cold and not very affectionate towards her. Wouldn’t really hold her hand… warning signs.

Anyways, me and my friend had some long talks and we never ended up crossing any friendship lines. It just wasn’t right. I head home and within a few weeks they are dating. Turns out he had a lot of reservations as he felt like she wanted to have a fling with me before she got into anything, and she kind of had to come clean about her and I’s plan. He was trying to respect her and, oddly me. It was… interesting.

So, 6 months later they are engaged. Married fairly quick, and she was pregnant within a few months into her 35th year. She had a beautiful baby girl, she found a great new job, and they just bought a house in the suburbs together. They look like they are happier than ever and I couldn’t be happier for them.

As for me, I met an absolutely wonderful woman 1.5 years ago and we’re going strong. I still keep in contact with that woman, albeit a lot less than before, and we’re both on great life paths.