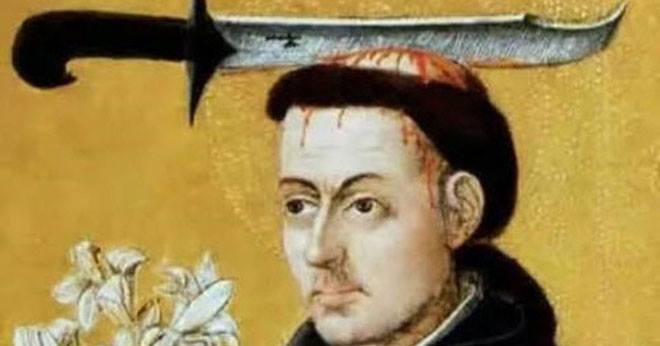 Here are two facts about Medieval Art, from someone who knows almost nothing about it (i.e. me):

1. There are a lot of stabbings in Medieval art. This is probably because stabbing was a much bigger part of daily life back then than it is today. Hooray for progress!

2. Nobody who gets stabbed in a medieval painting looks all that upset about it.

There’s an explanation for why people were painted this way. A couple years ago, The Huffington Post asked some experts in medieval art to explain some of the more bizarre motifs found in illuminated manuscripts, and they actually addressed the stabbing question. According to Harvard professor of German art Jeffrey Hamburger, people are smiling while being stabbed for religious reasons–they look to be welcoming death because they know they’ll be going to heaven as a reward. It doesn’t really work if you show them shrieking in pain and soiling their armor, does it?

But the why isn’t so important. What’s important is that it looks weird to us modern people. And now we’re gonna chuckle about it! 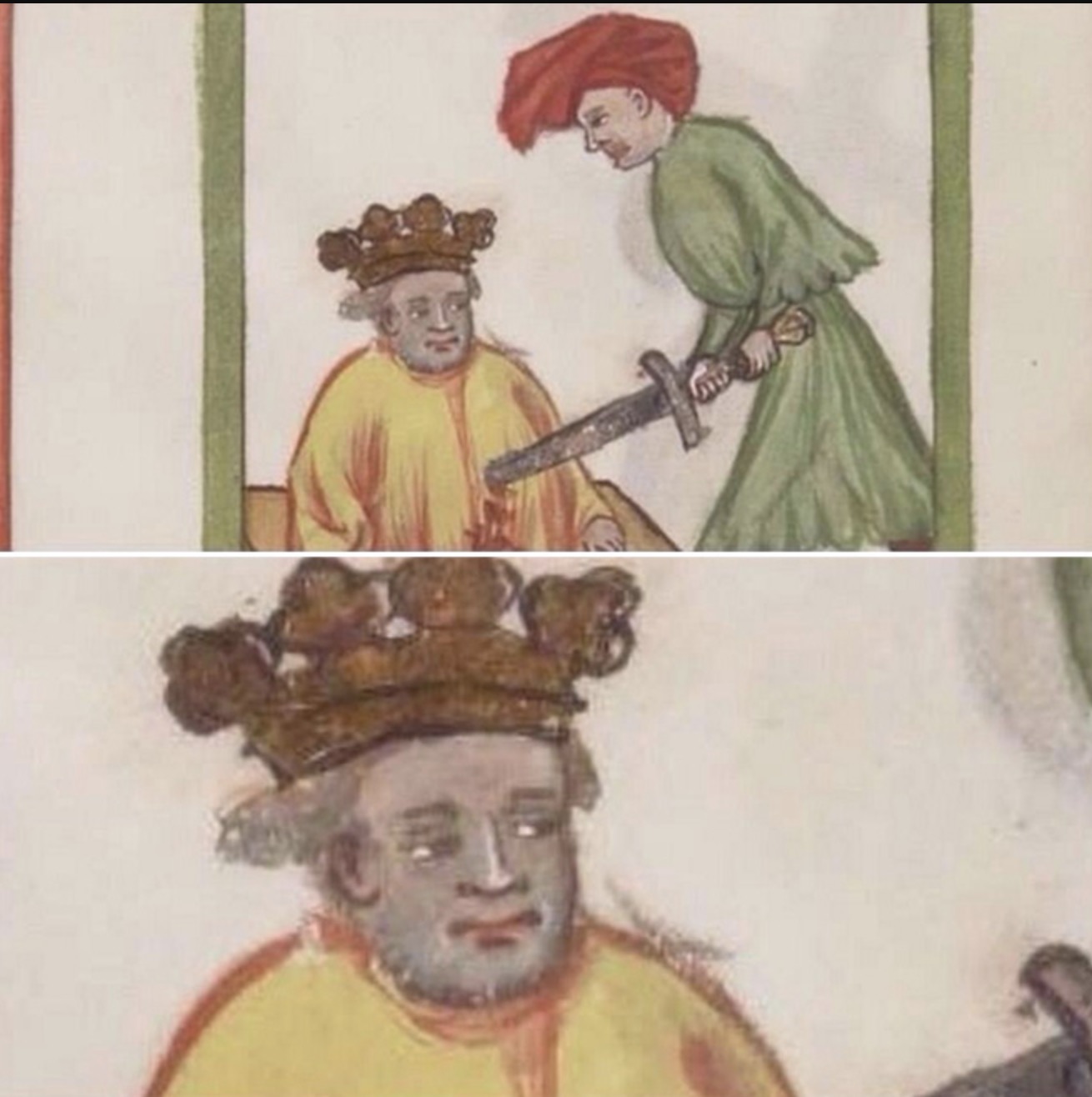 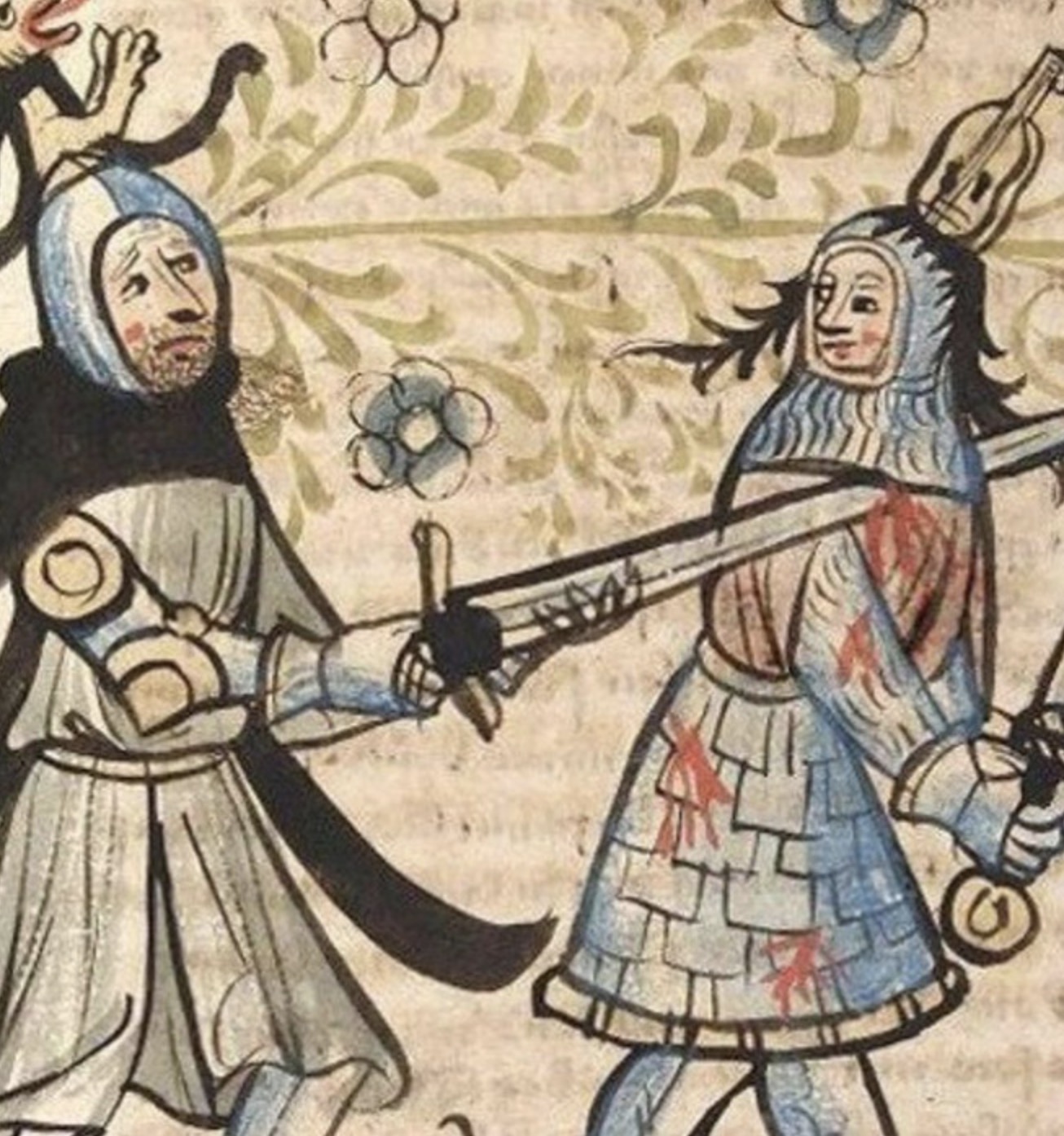 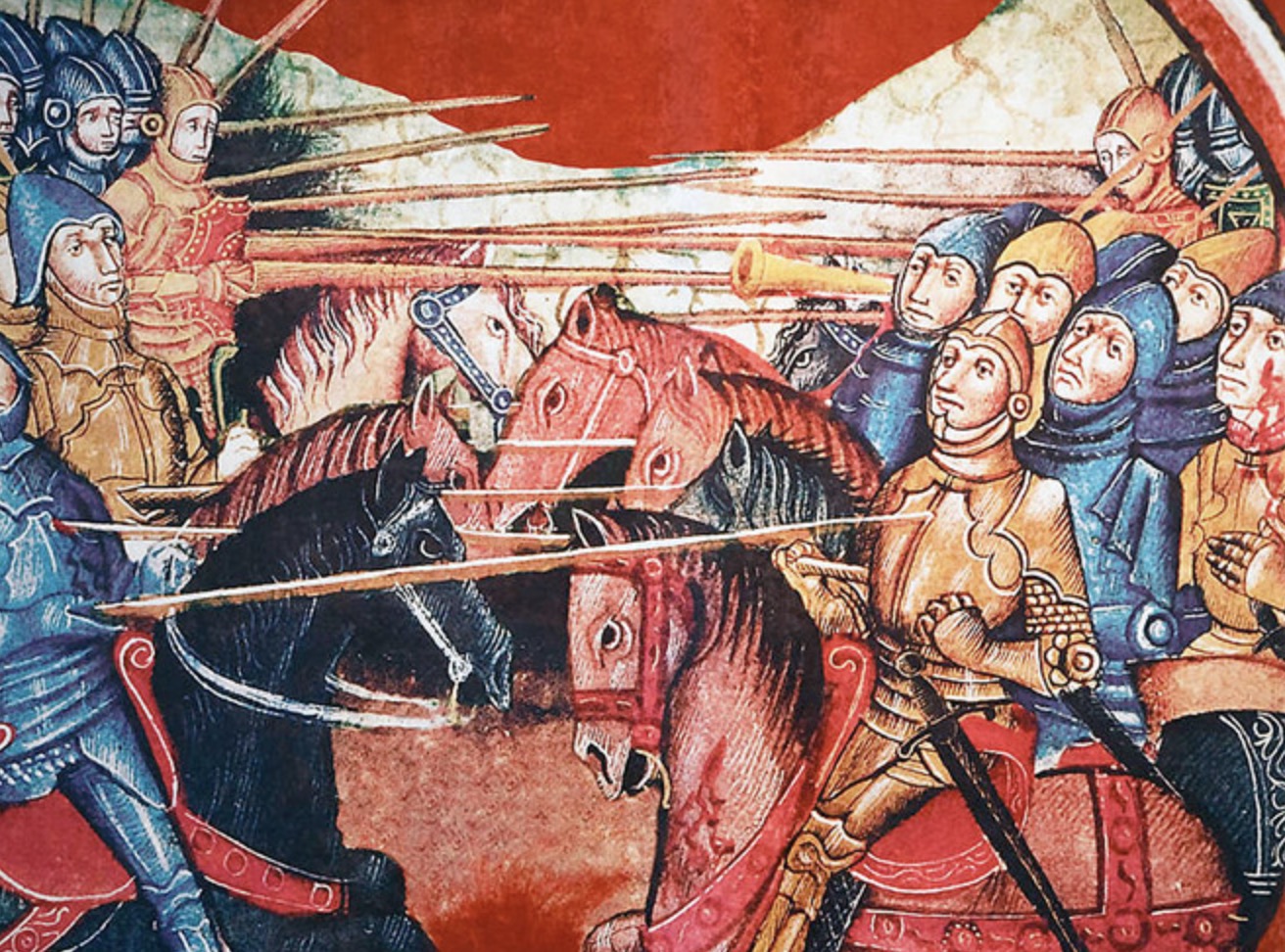 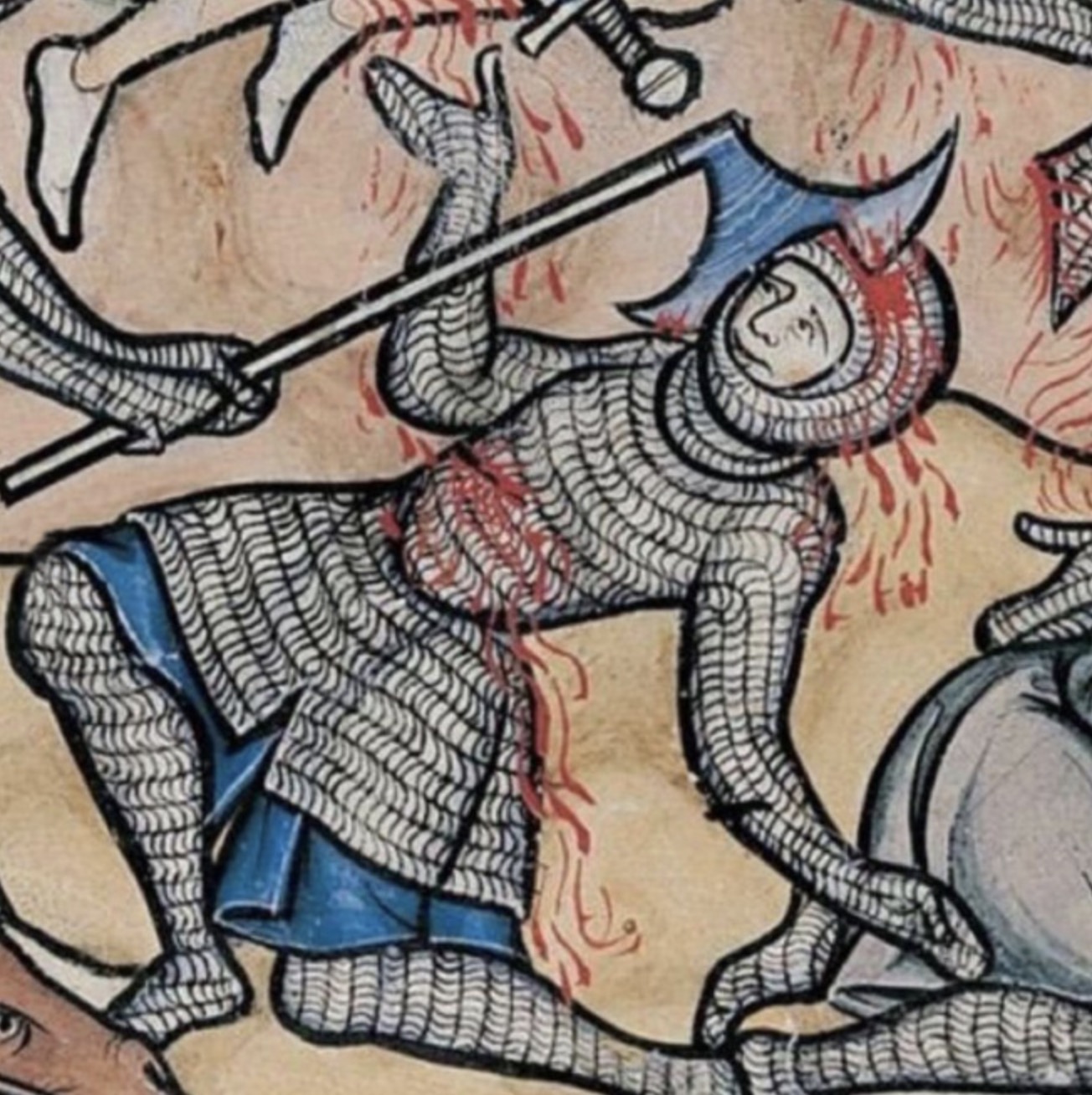 5. “Time to find a new acupuncturist.” 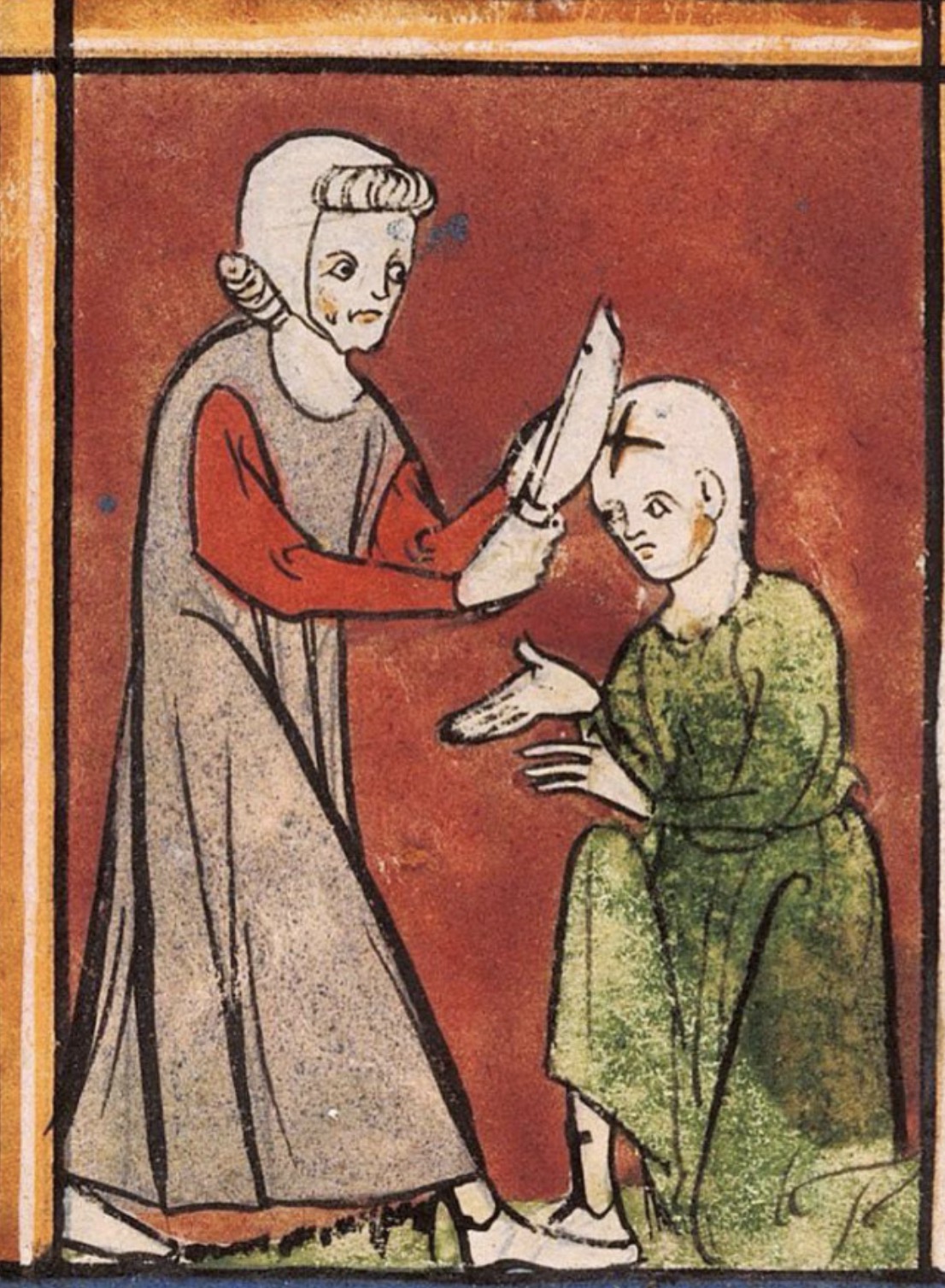 6. “The knife throwing guy said not to flinch. I flinched. Twice.” 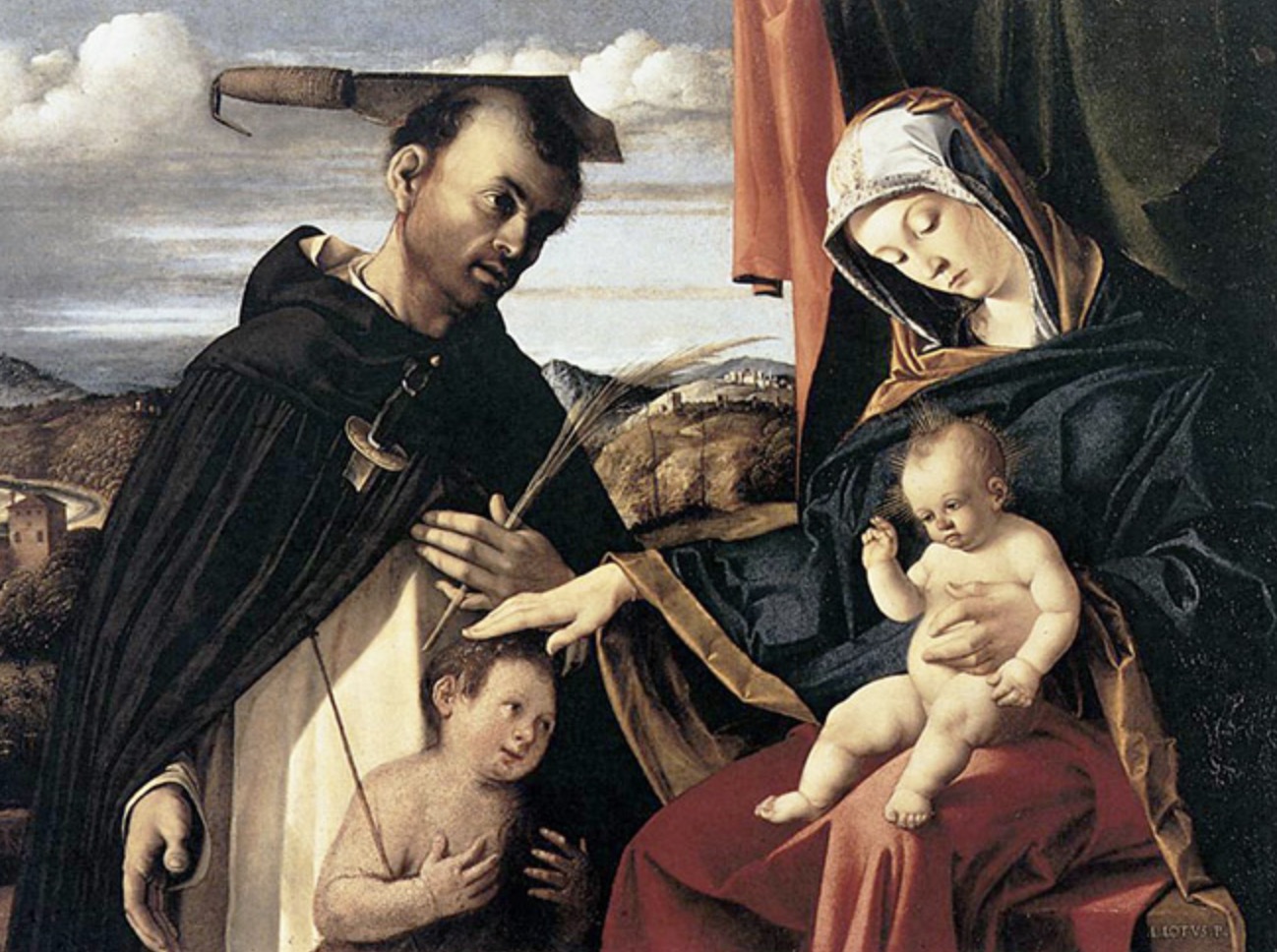 7. When you run out of ink, and the ink store’s closed. 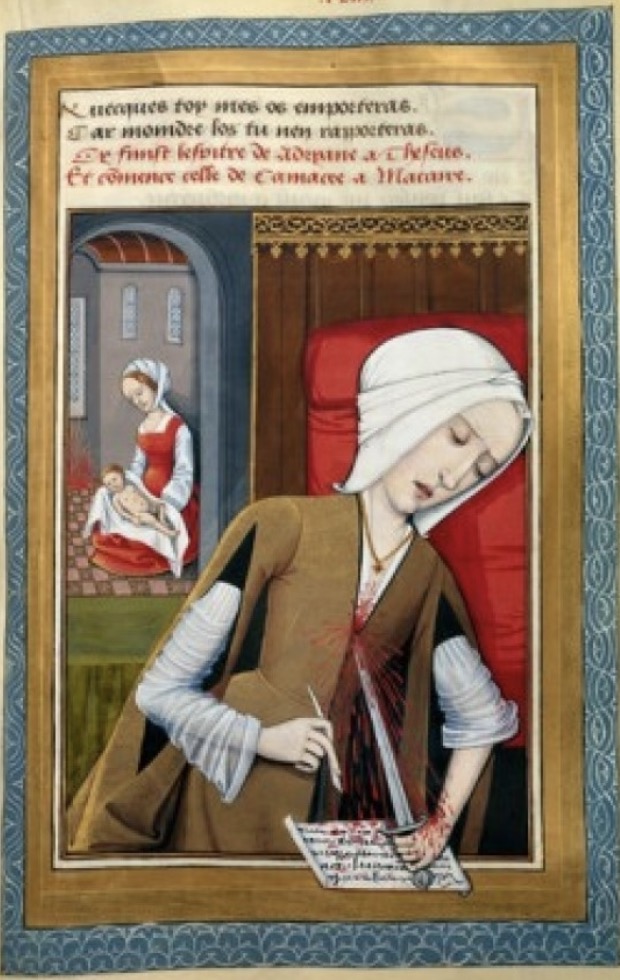 8. What’s a little stabbing between friends? 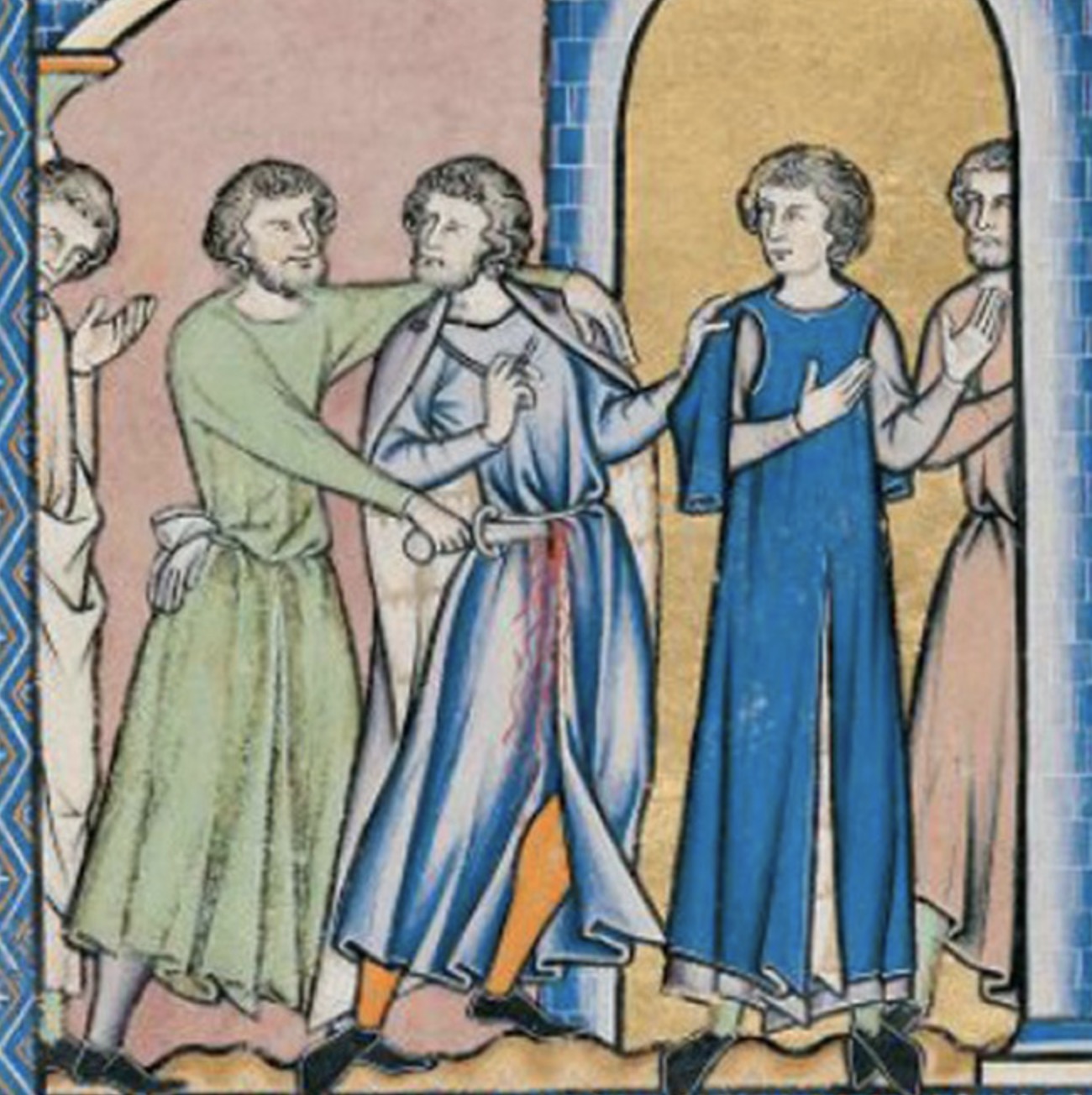 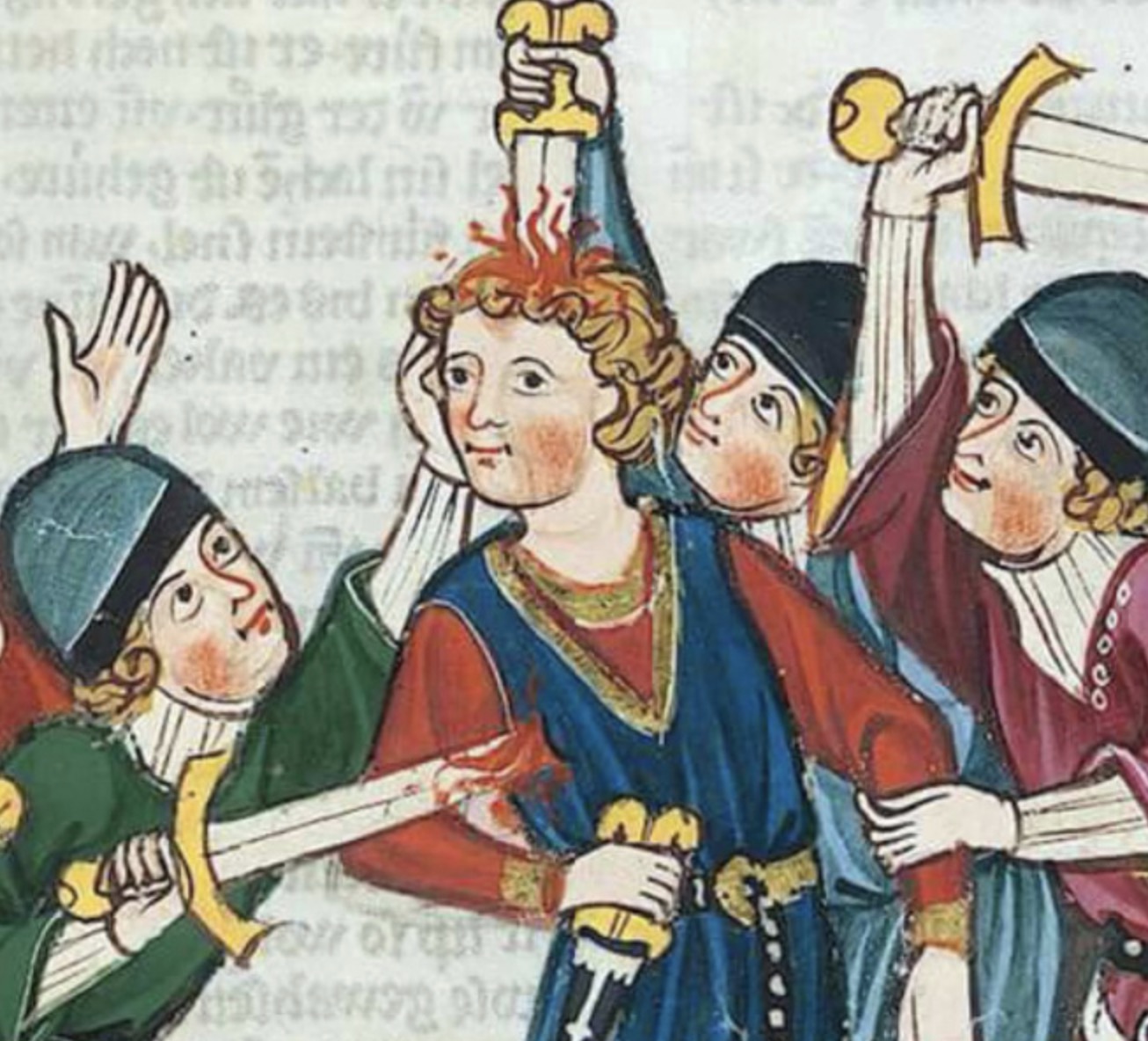 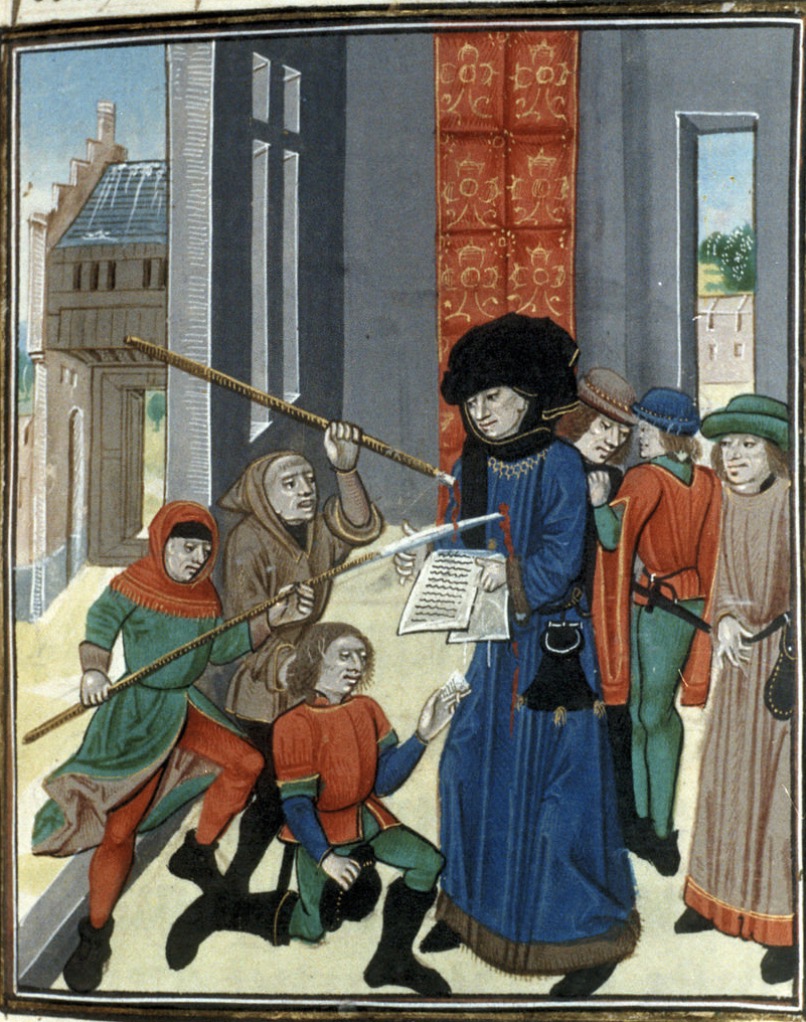 11. He has trouble going through doorways. 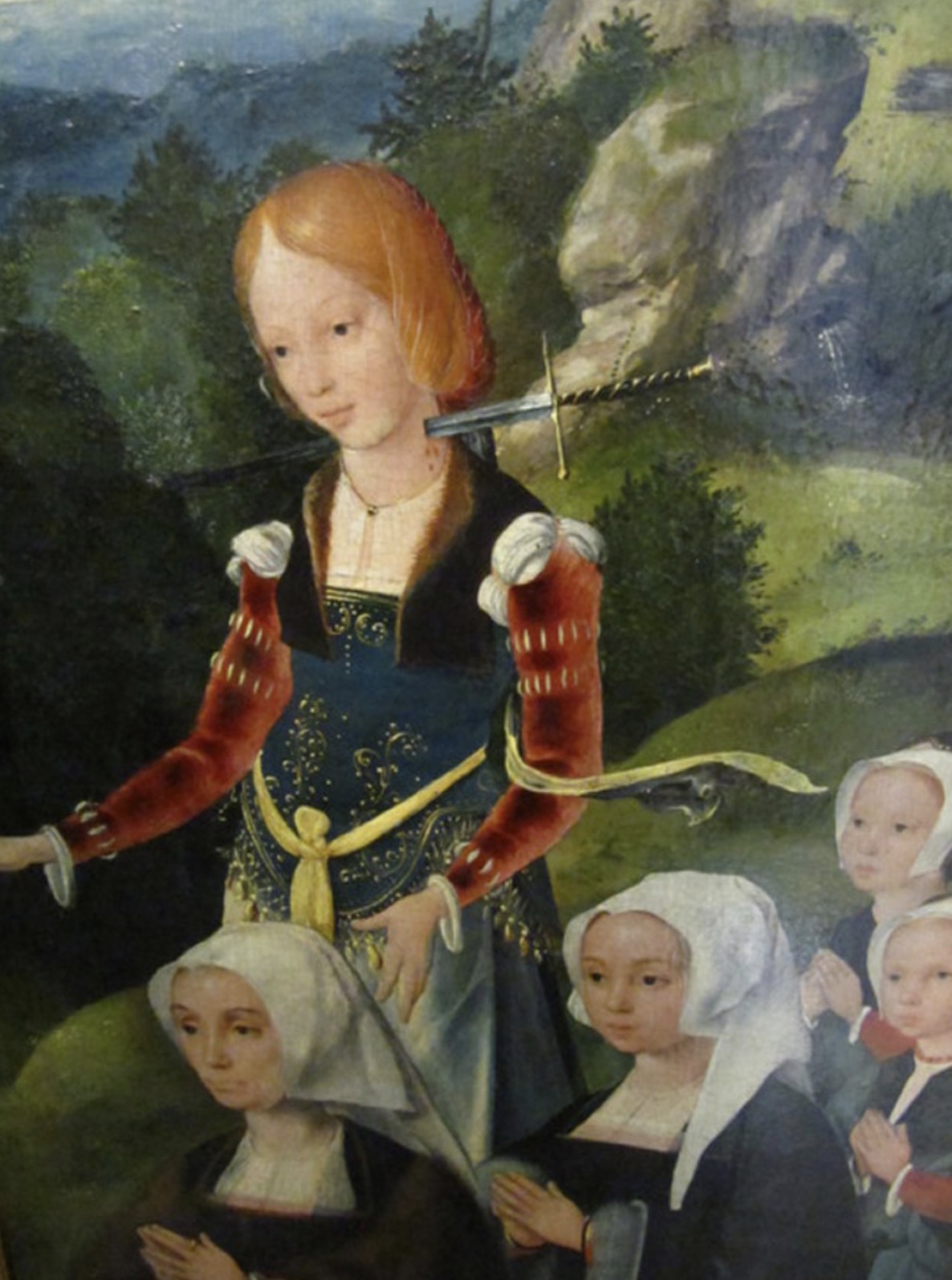 12. “You were just supposed to pierce my ears!” 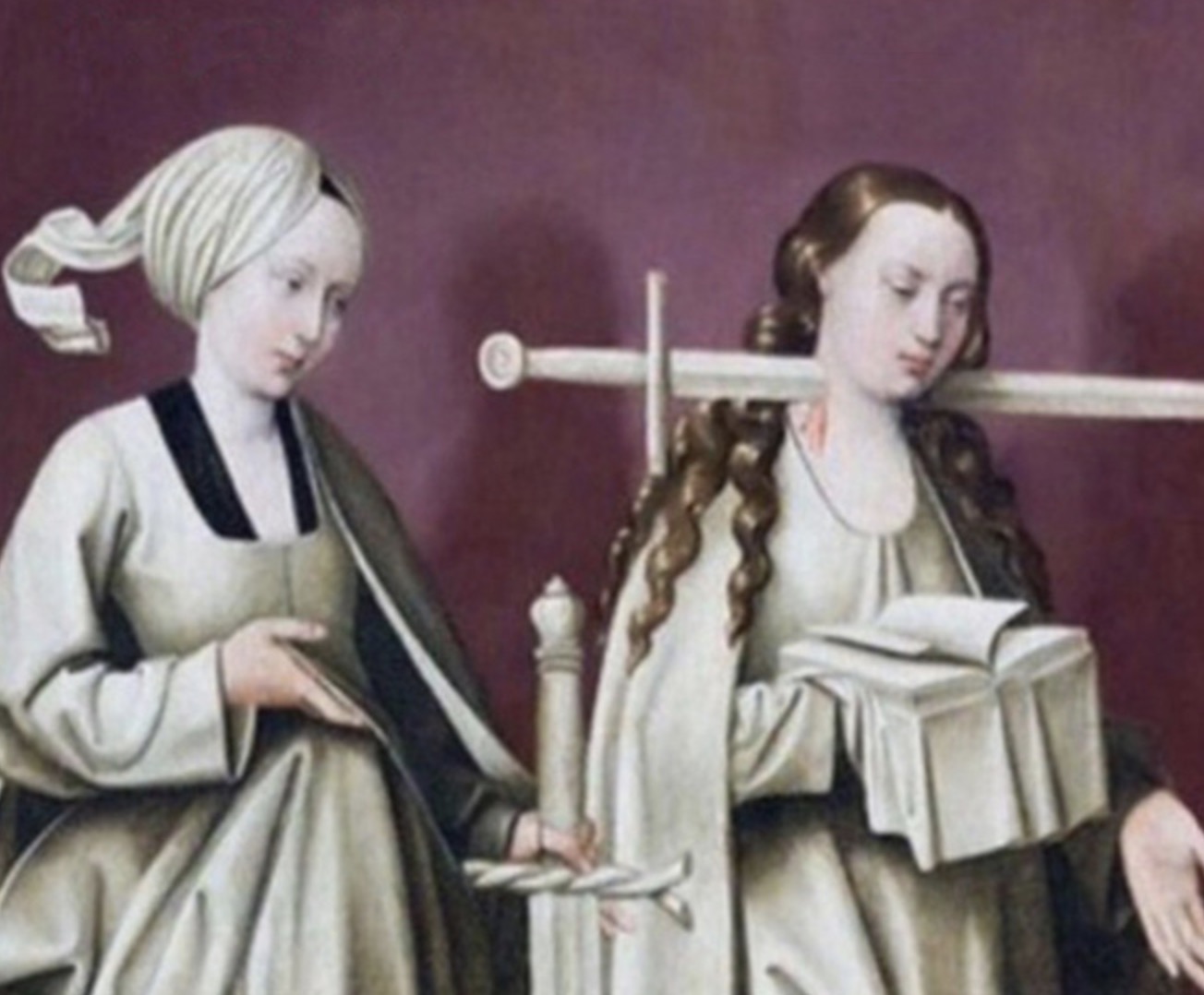 13. My first and last day working for Cutco. 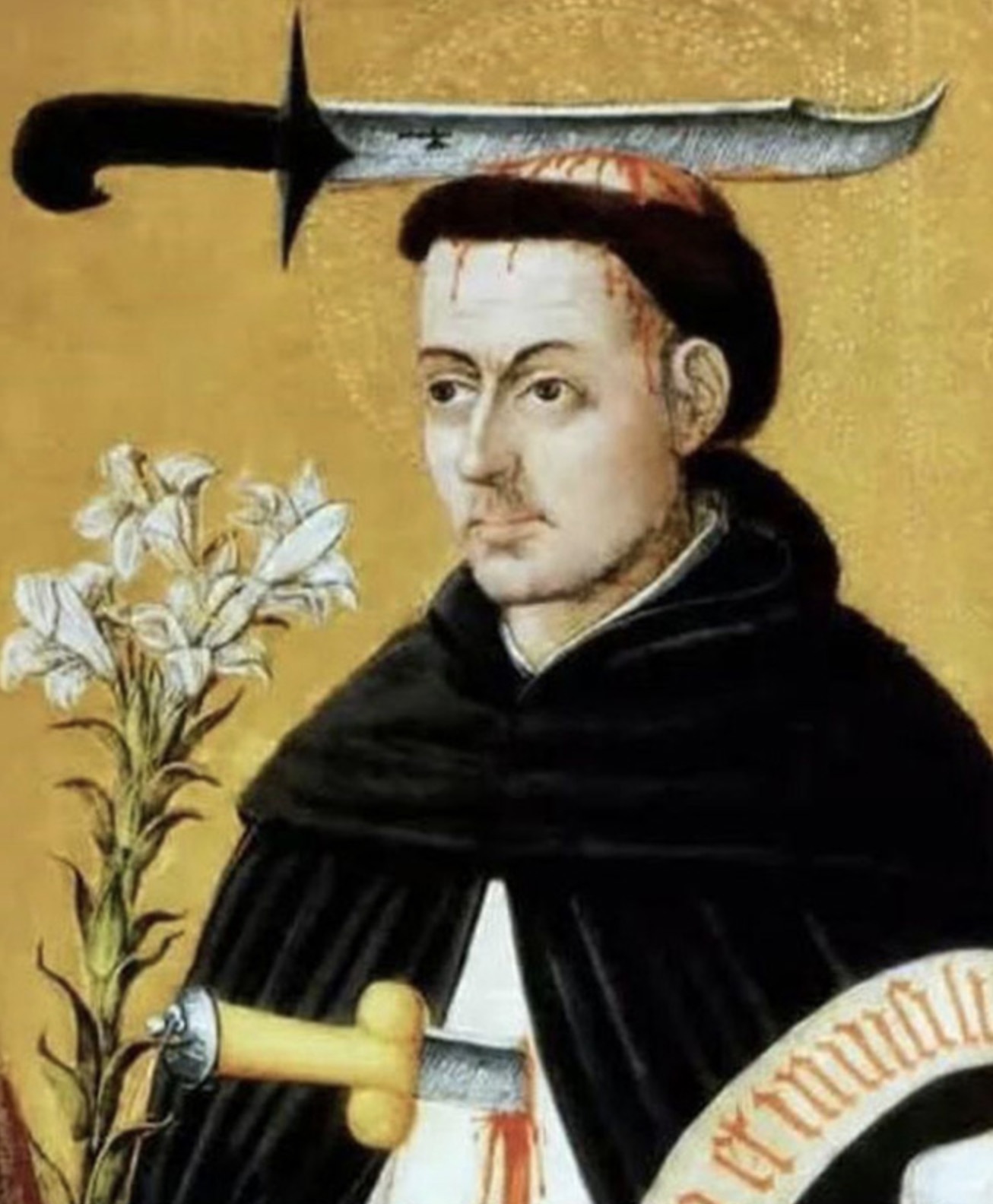 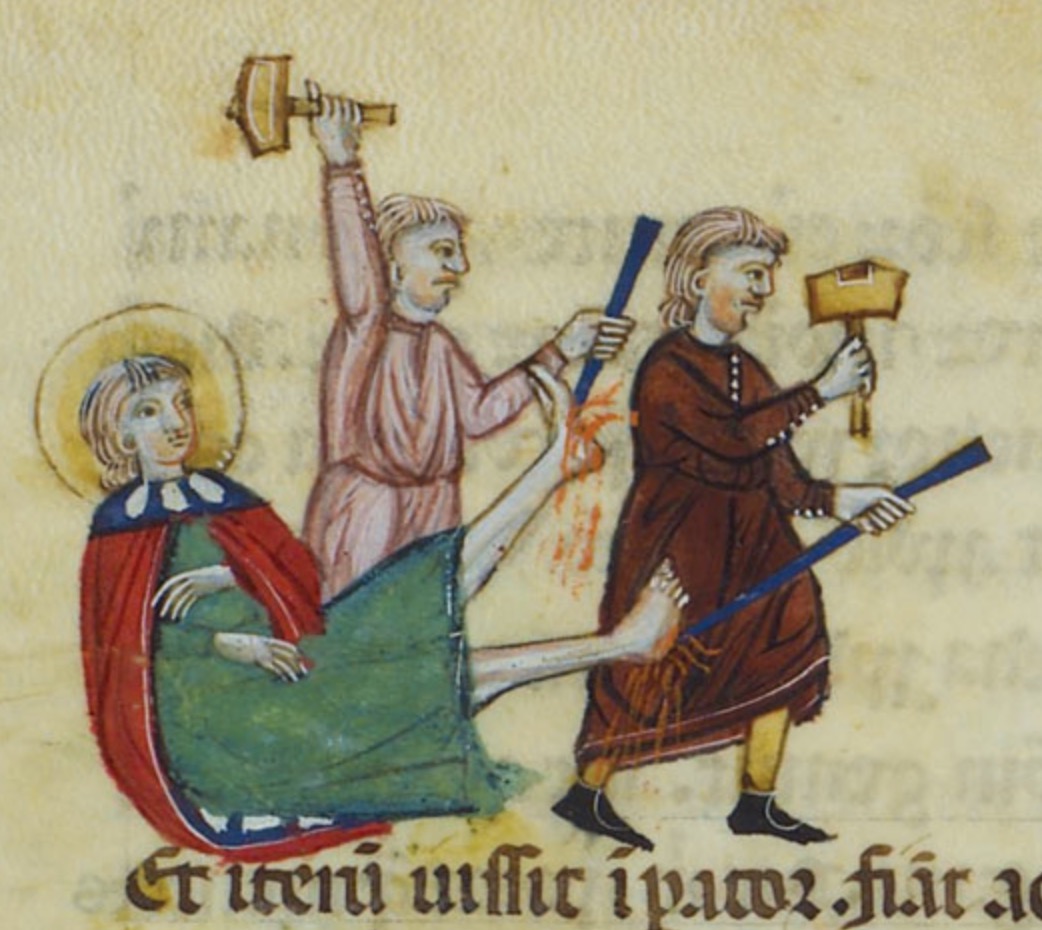 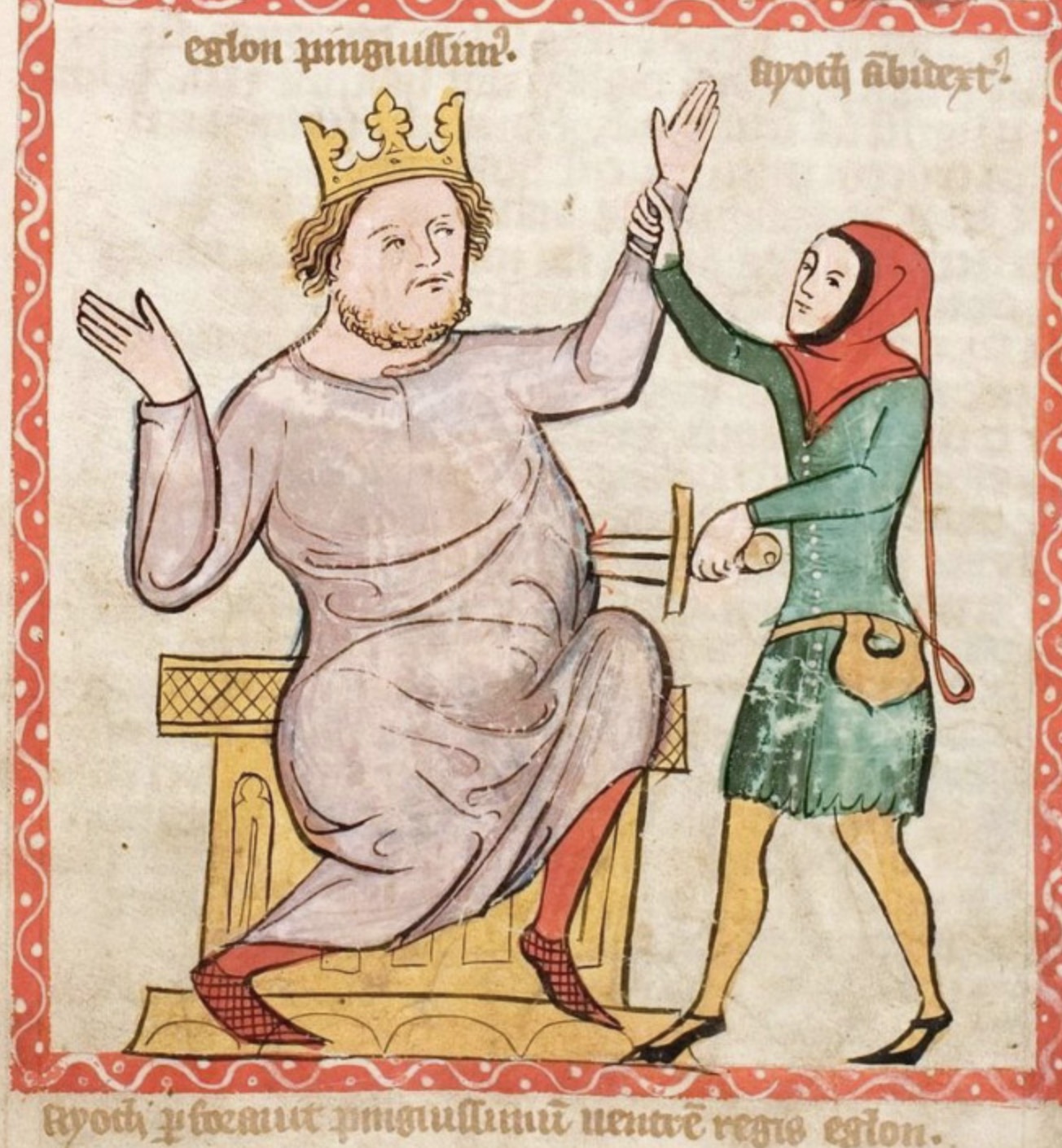