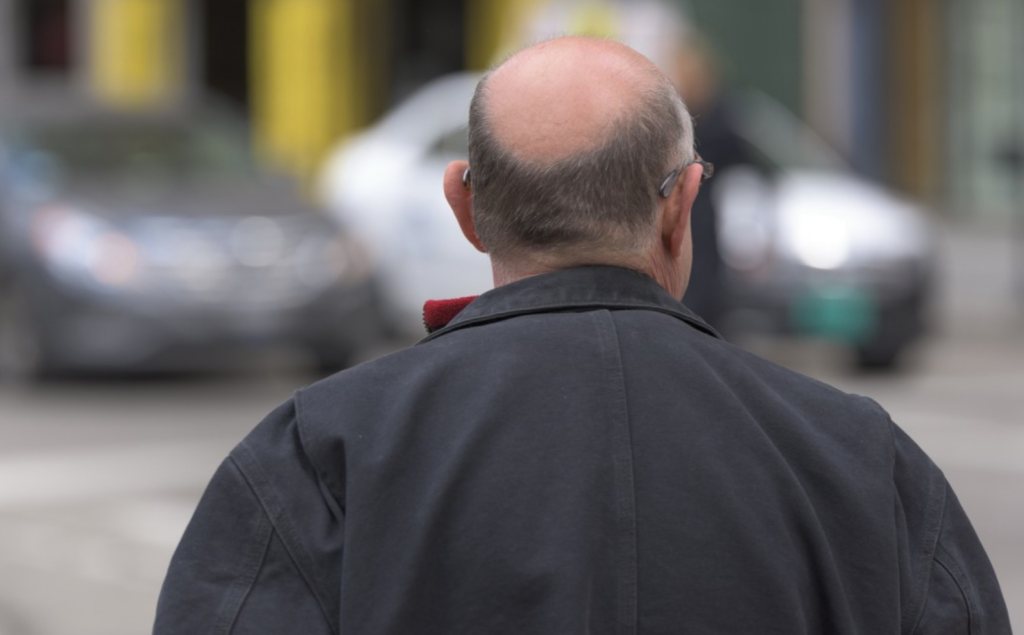 I have a theory: when it comes to men, you either go gray or you go bald. You see very few fellas past their 40s who have a full head of the same color hair they did when they were young.

As for me, like all the men in my family, I started going gray pretty early. Oh well, what can you do…

Let’s get to the bald tweets!

As a bald guy, nothing makes me happier than when someone gets lice.

2. A lot of weirdos walking around.

at first I hated that I was going bald, but now I think this naturally developing tonsure may be a sign of God's blessings upon me

"Dad when are you getting rid of your bald spot?" – Patrick my 6 years old son/torturer.

As I wiped the sweat off my bald head with a dish towel because I ate hot soup, my wife has to be questioning every decision she's ever made

My haircut lady today:
“Your hair has really changed since I’ve been cutting it over the last 6 months.”

Her
“I see more of your scalp.”

If you vote me to be God I'll redesign balding patterns to occur on the sides of the head so that you get a cool Mohawk, not a naked scalp!!

the balding optimist refers to his receding hairline as a proceeding bareline.

Couldn't see without my glasses on and reached for my husband's balding shampoo in the shower, so we are in no way geriatric.

— Walking Outside in Slippers (@WalkingOutside) April 1, 2016

I’ve gone from hoping I get my hair back to simply wishing everyone else goes bald. That’s called “Maturity.”

Based on this commercial, Hair Club for Men replaces balding men's scalps with the scalps of dead Uncle Jesse dudes from the 90s. Cool!!!

I’m hoping to bring the “half bald, half in denial” hairdo back in vogue.

Being this bald there's a tremendous amount of pressure buying my next bottle of shampoo because it's going to be a lifetime supply.

So which one is it, older guys? Are you going bald or going gray? Or are you one of the a**holes who must just be perfect and touched by the Hand of God?