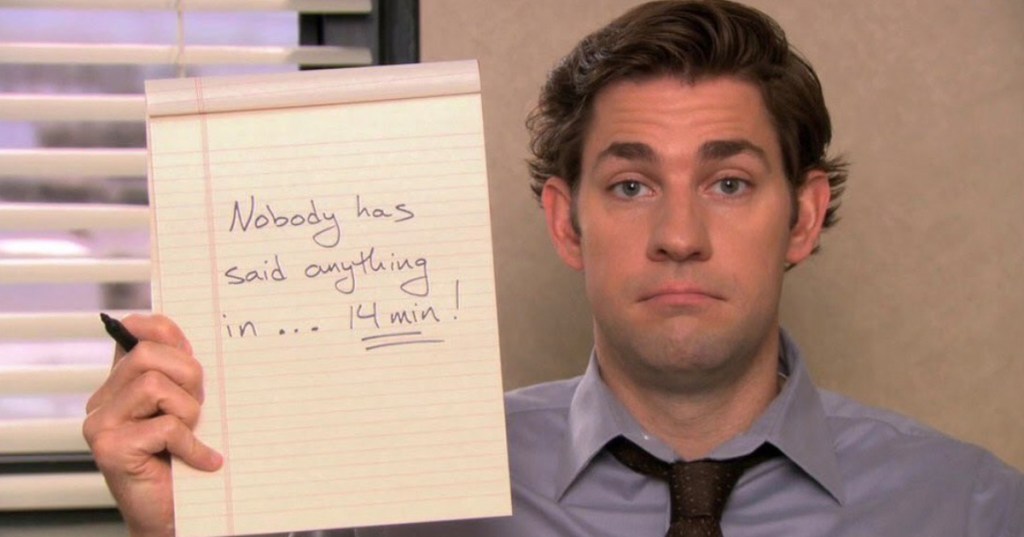 A Quiet Place is one of the 2018’s first unexpected hits. If you haven’t seen it, Rotten Tomatoes sums the film up thusly: “A family of four must navigate their lives in silence after mysterious creatures that hunt by sound threaten their survival. If they hear you, they hunt you.”

The film took people by surprise, both because of its innovative use of sound, (and the lack of it), to ratchet up the tension, as well as the fact that its director, John Krasinski, is mostly known for playing mostly likable characters in comedies. By combining those elements, the film manages to scare the pants off you.

And as with anything that becomes popular nowadays, fans have been posting about it incessantly on social media. Originally compiled by Buzzfeed, these jokes will definitely give you a chuckle if you’ve seen the film. And if you haven’t, maybe this is enough reason to see what all the fuss is about!

1. The noisy popcorn eaters had a tough time. 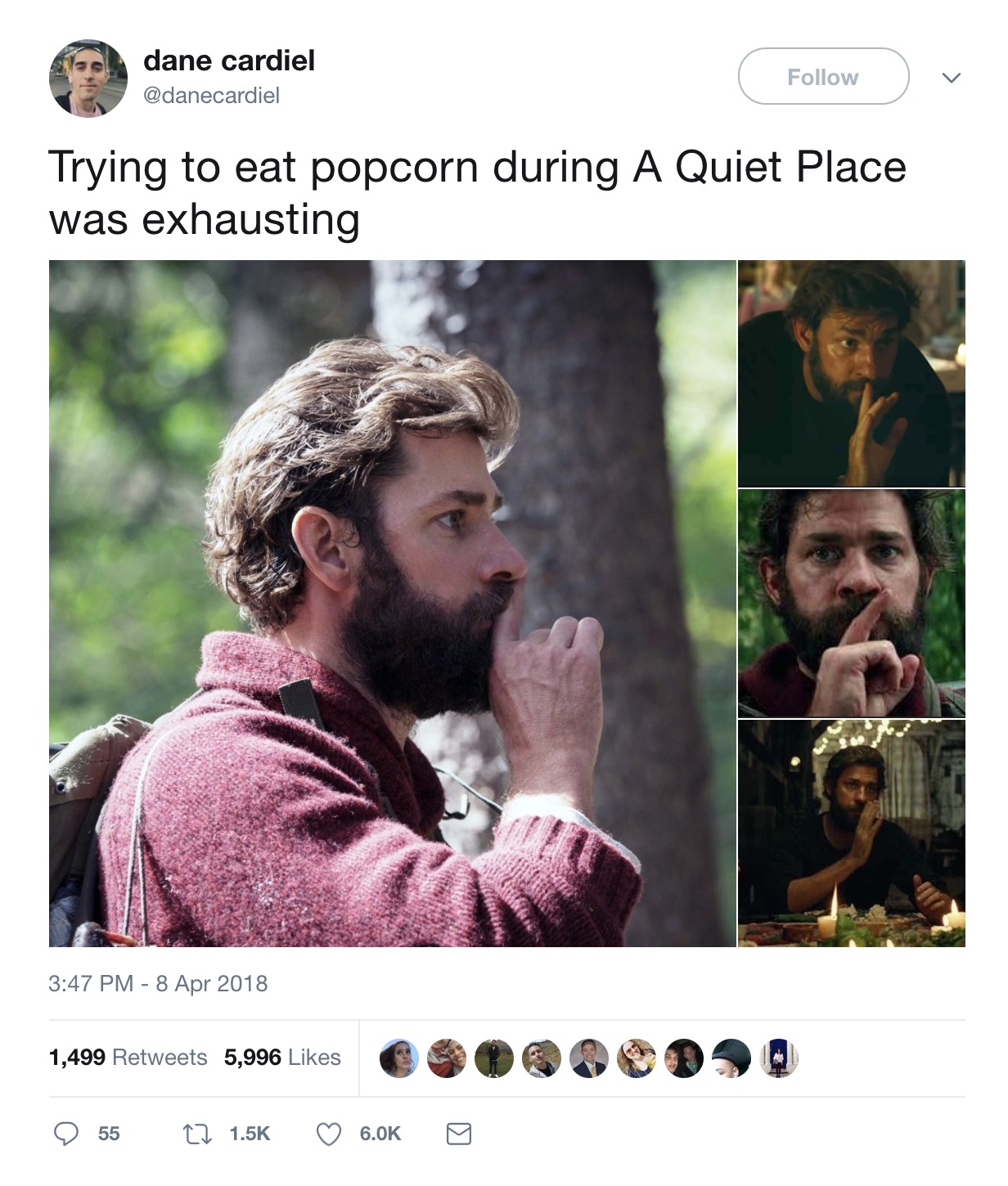 2. So did the people with a permanent tickle in their throat. 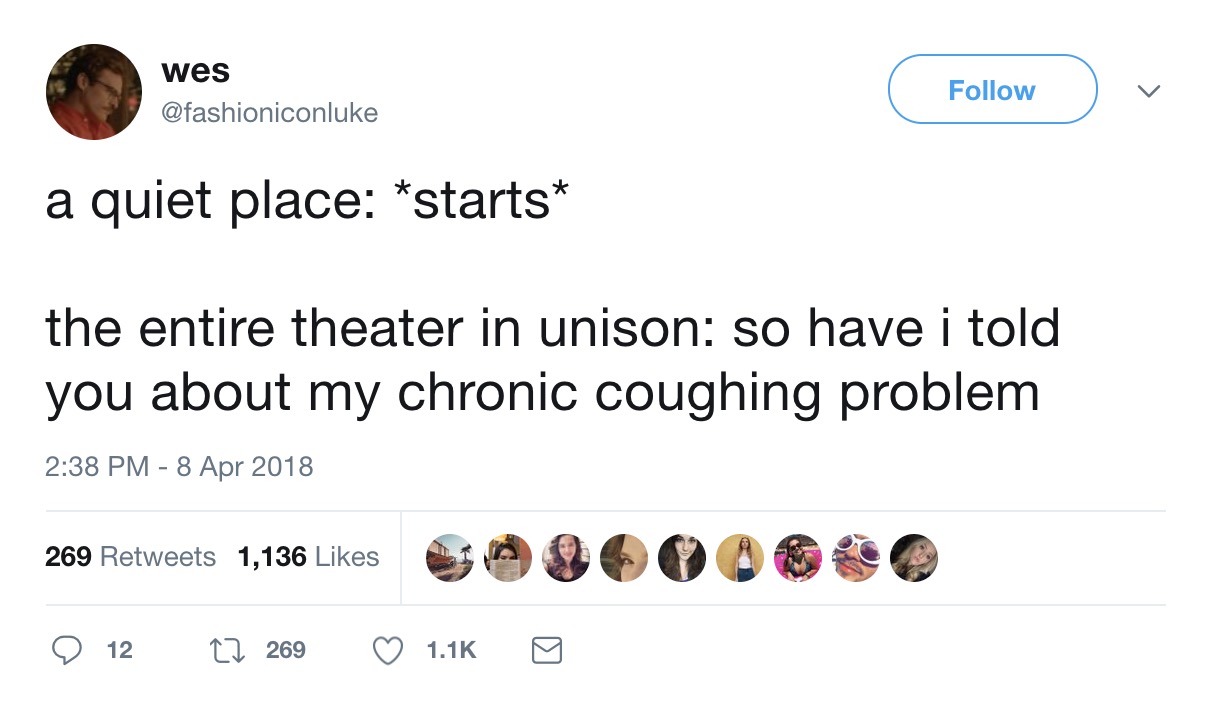 3. The movie must be pretty scary if it took that long to notice! 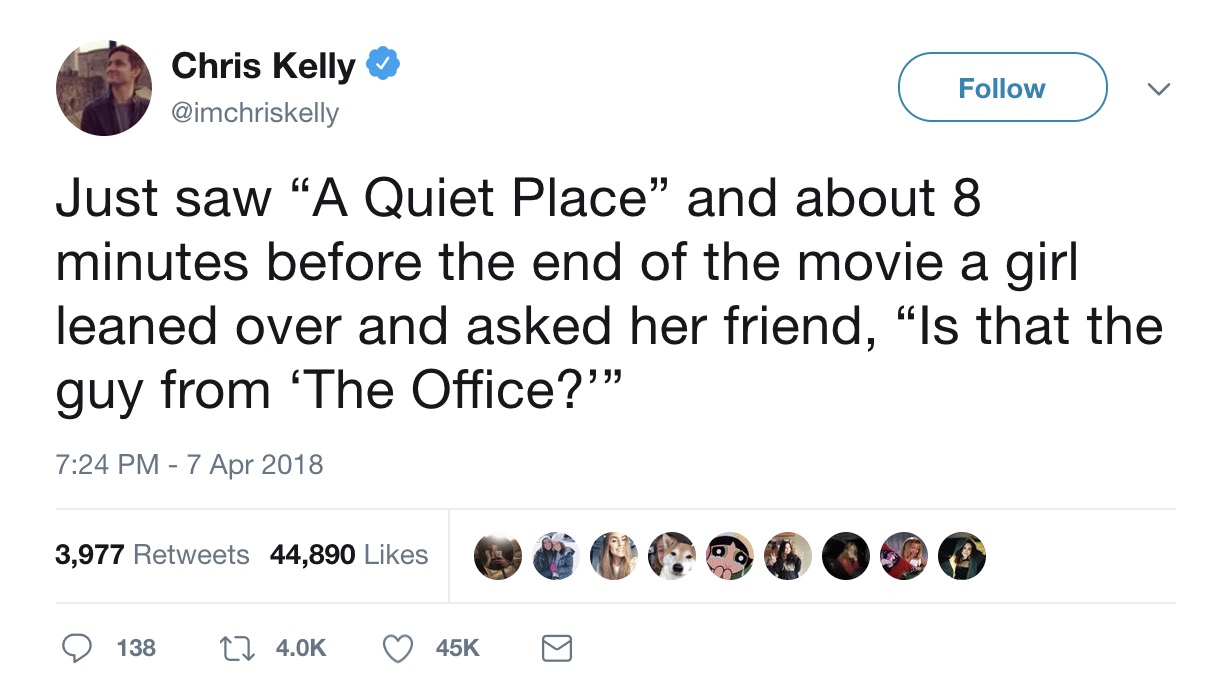 4. If you haven’t seen it, these spoilers are still safe to look at! 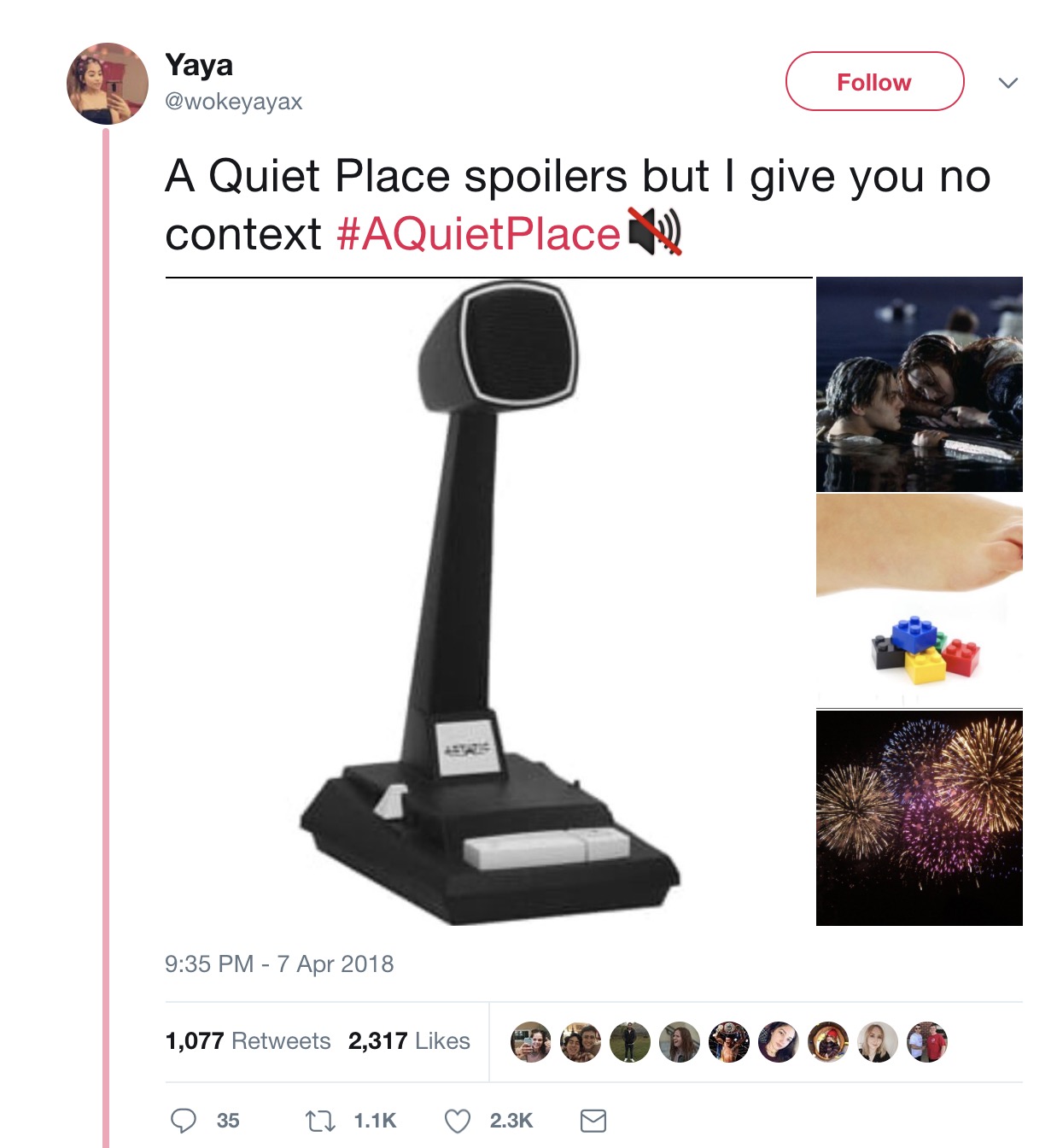 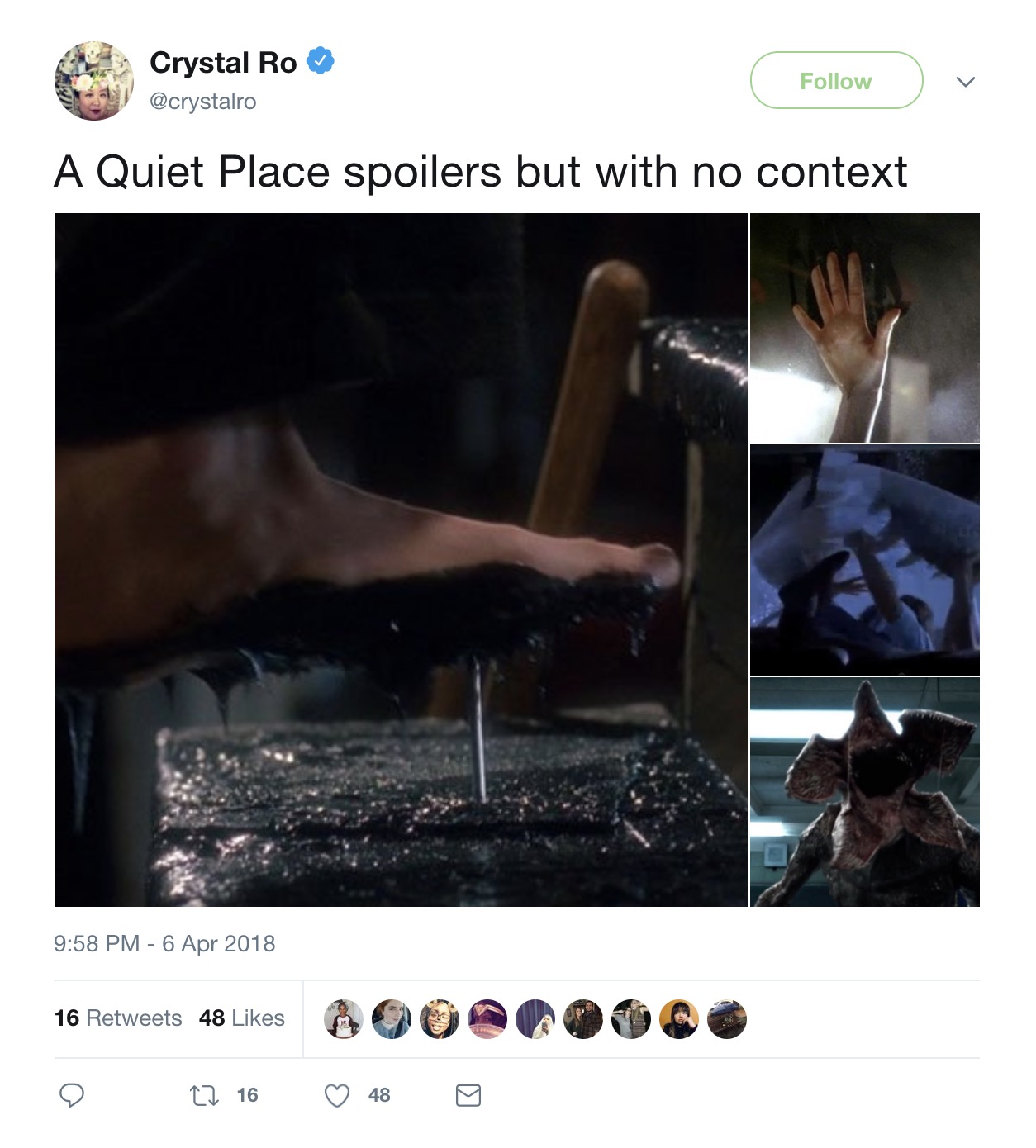 6. Some folks had trouble differentiating A Quiet Place with Krasinski’s work on The Office. 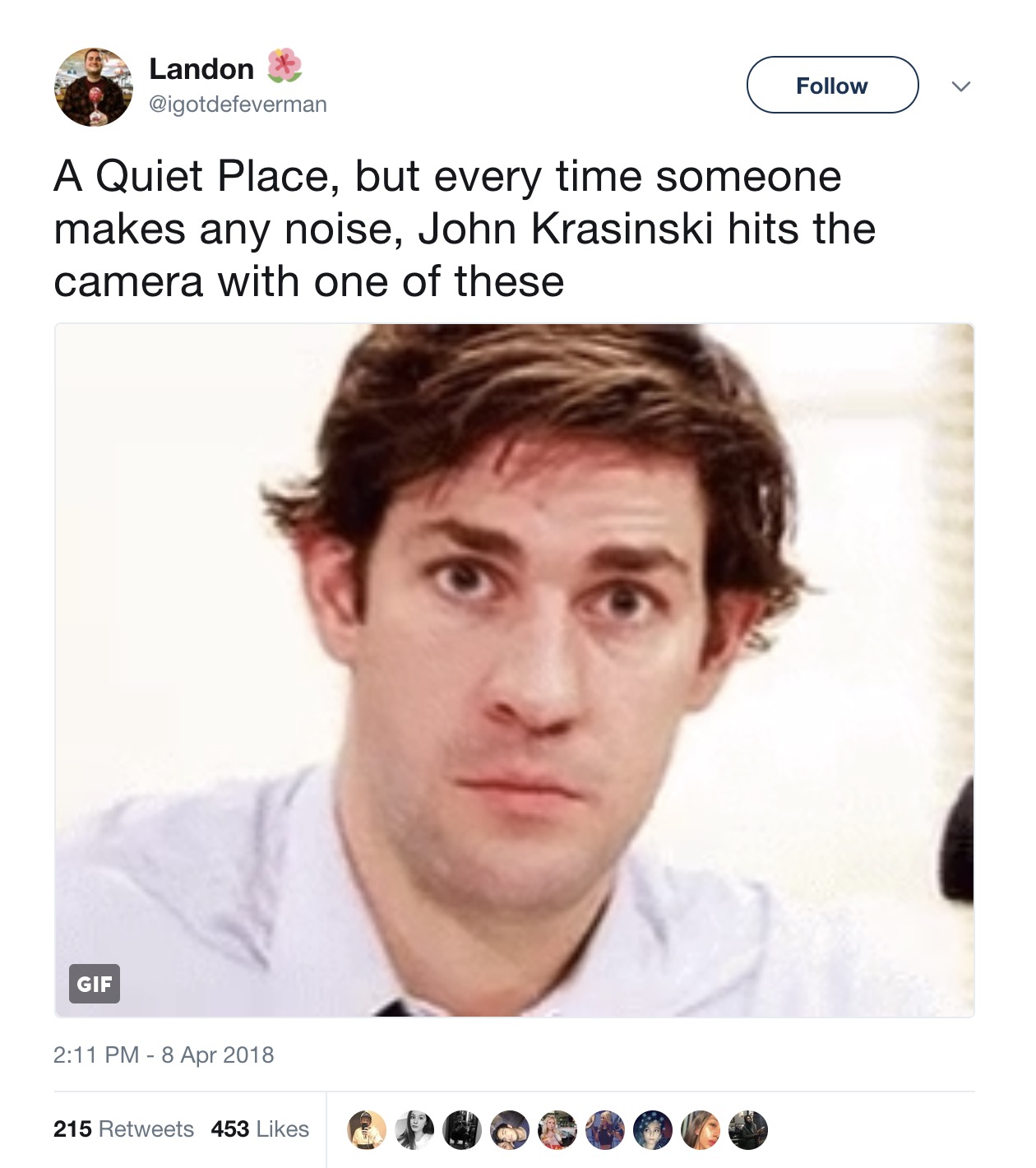 7. Particularly if they had crushes on Jim. 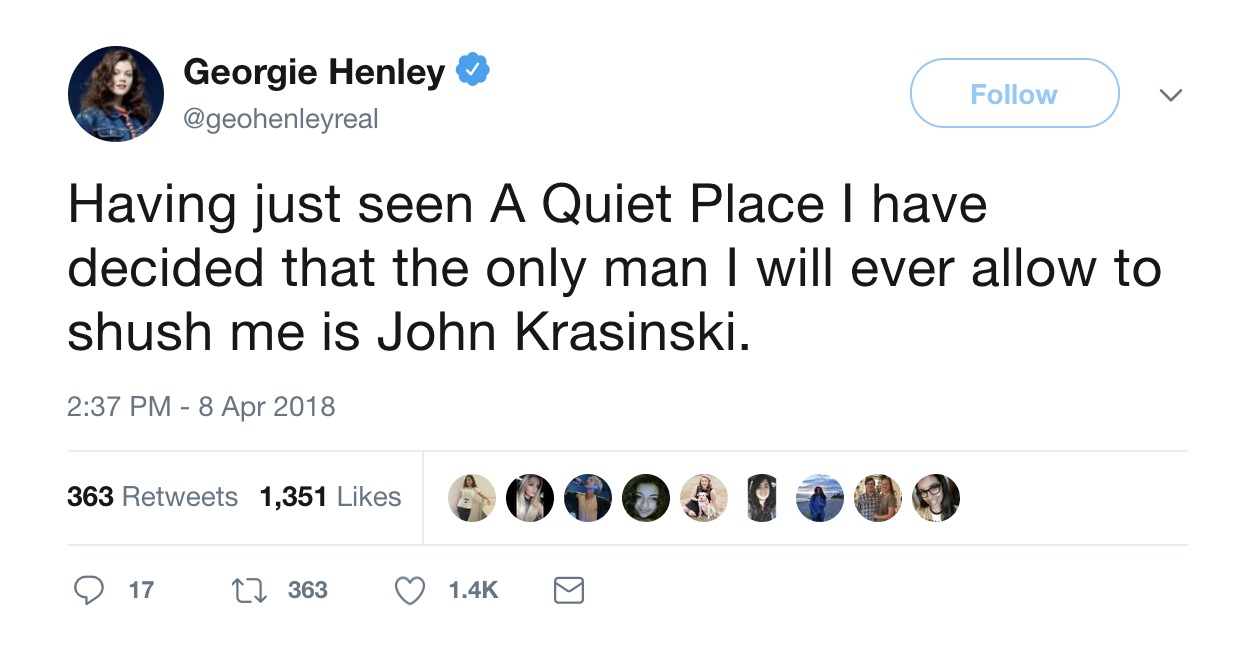 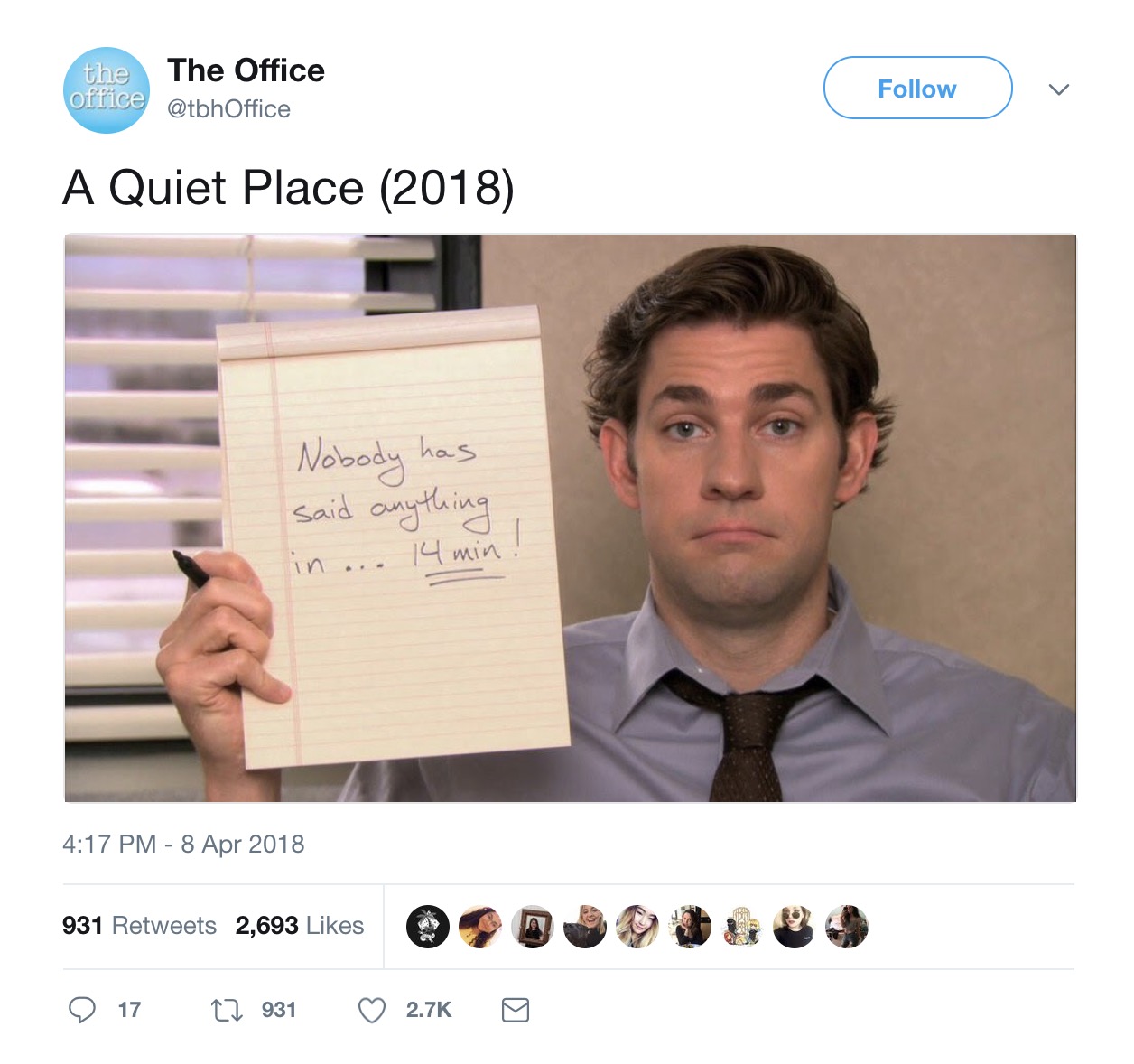 9. It’s not really a dialogue movie. 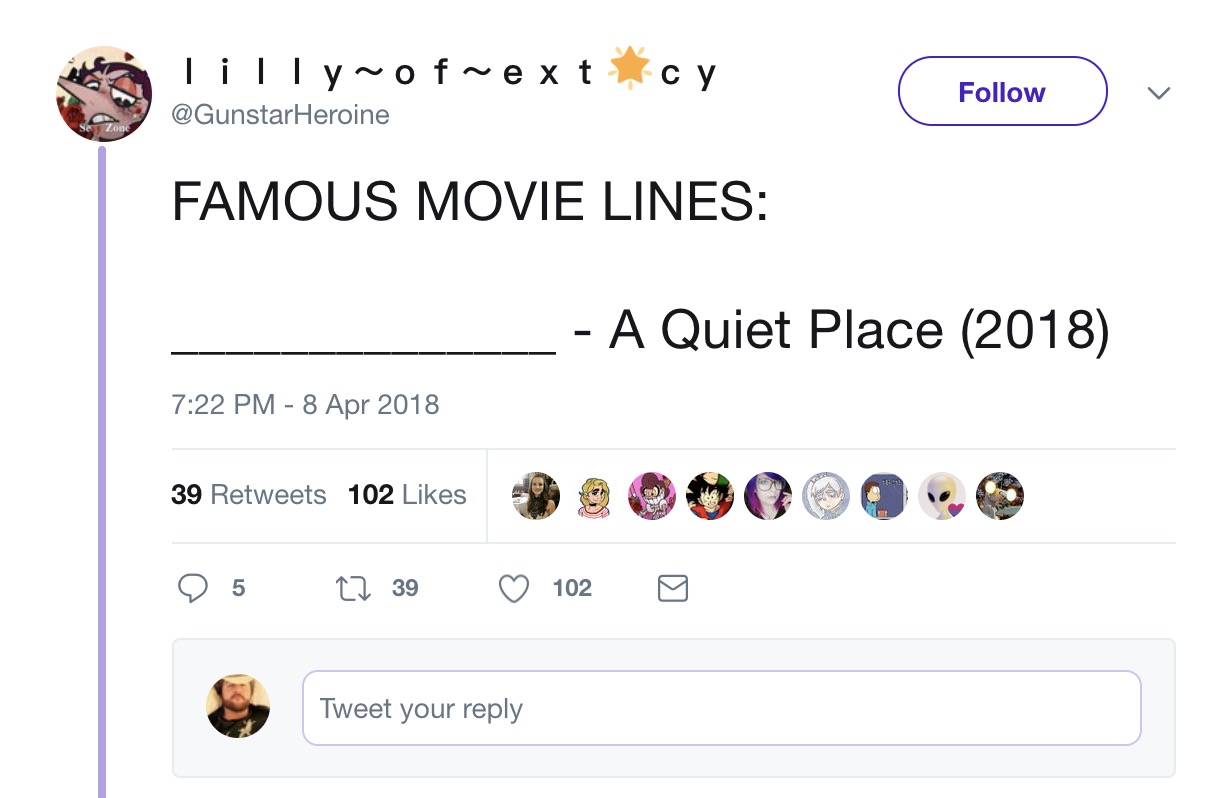 10. I identify with this joke a little too well… 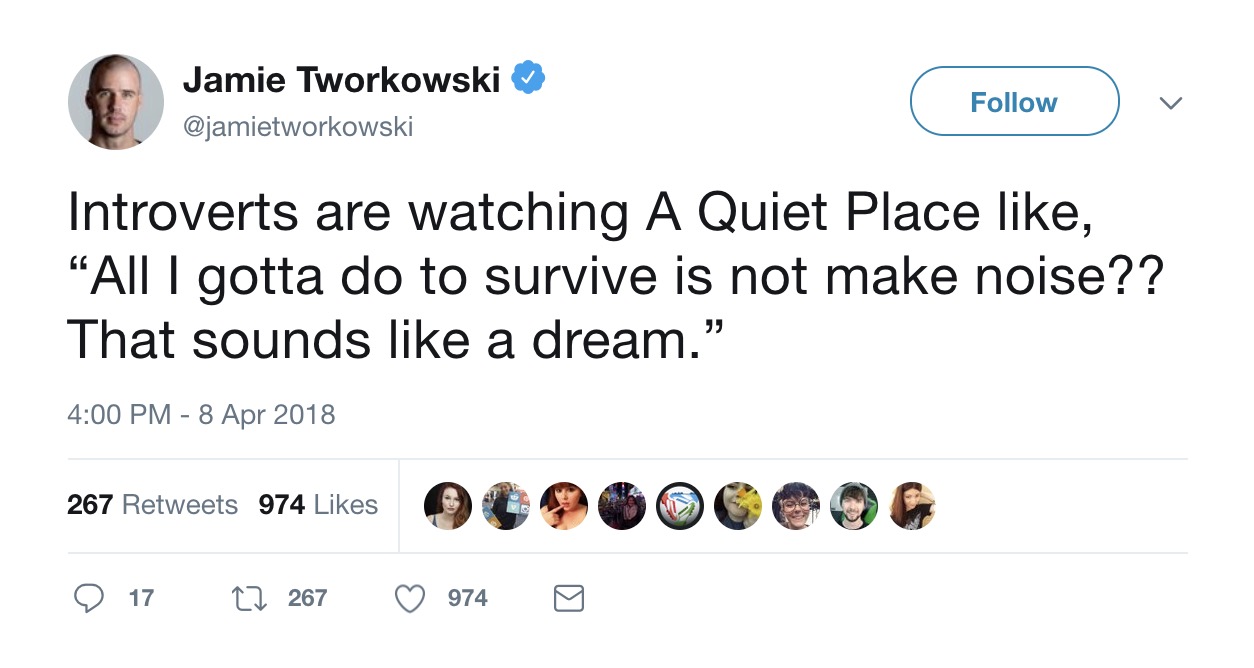 11. If you’re worried about making noise, this is pretty good practice beforehand.

12. Maybe we’re all missing the point? 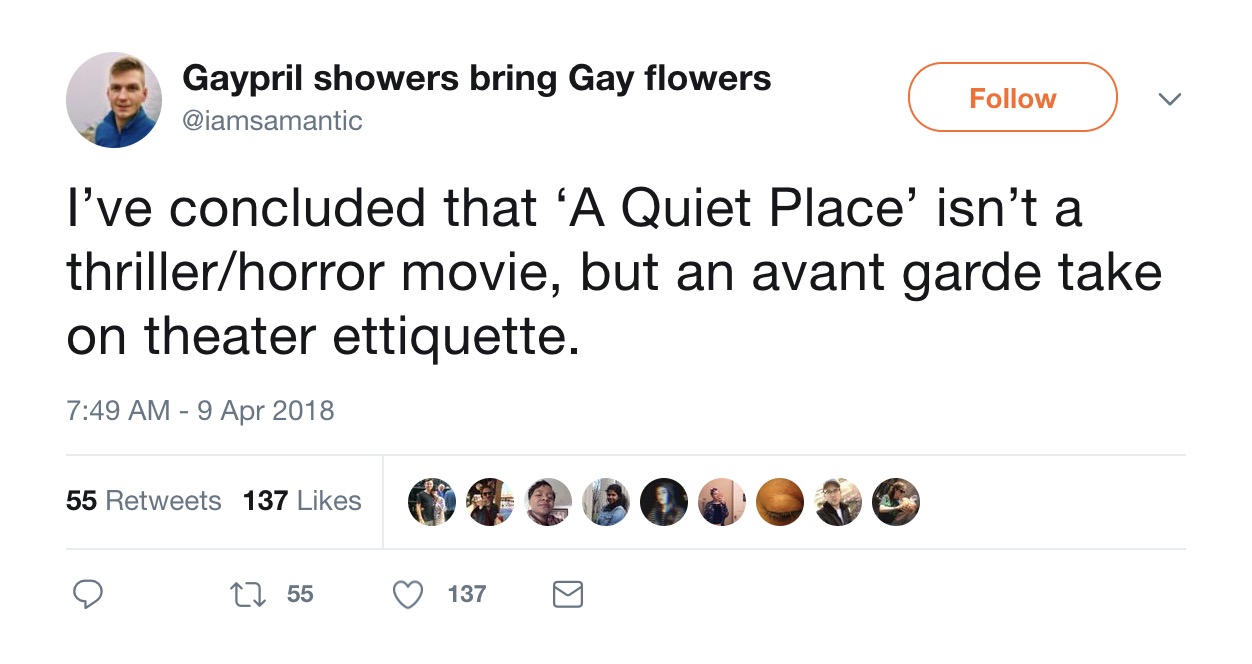 13. Most people just couldn’t get over the fact that it’s so much quieter than other movies. 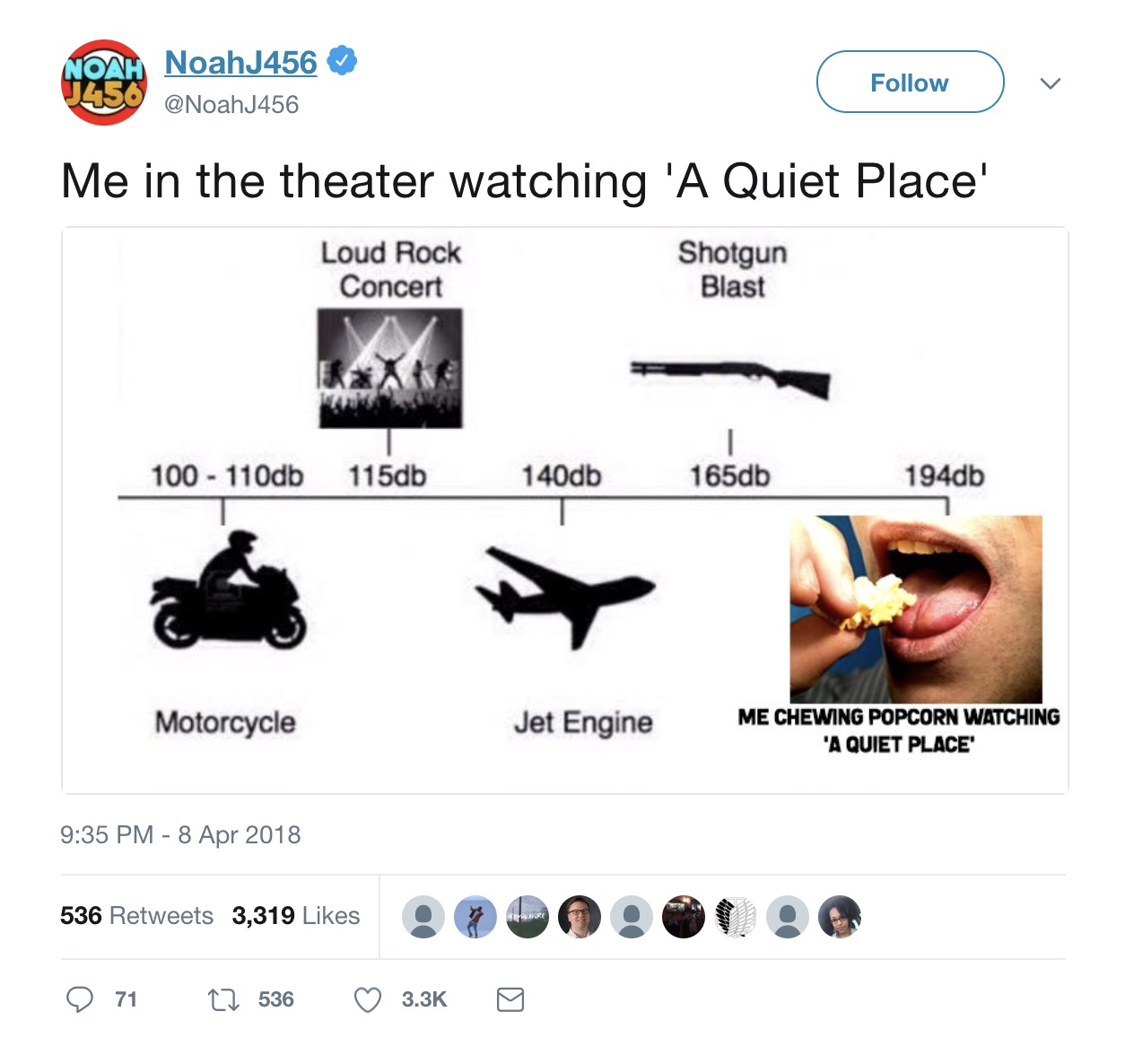 14. Watching the movie is like starring in a movie of your very own! 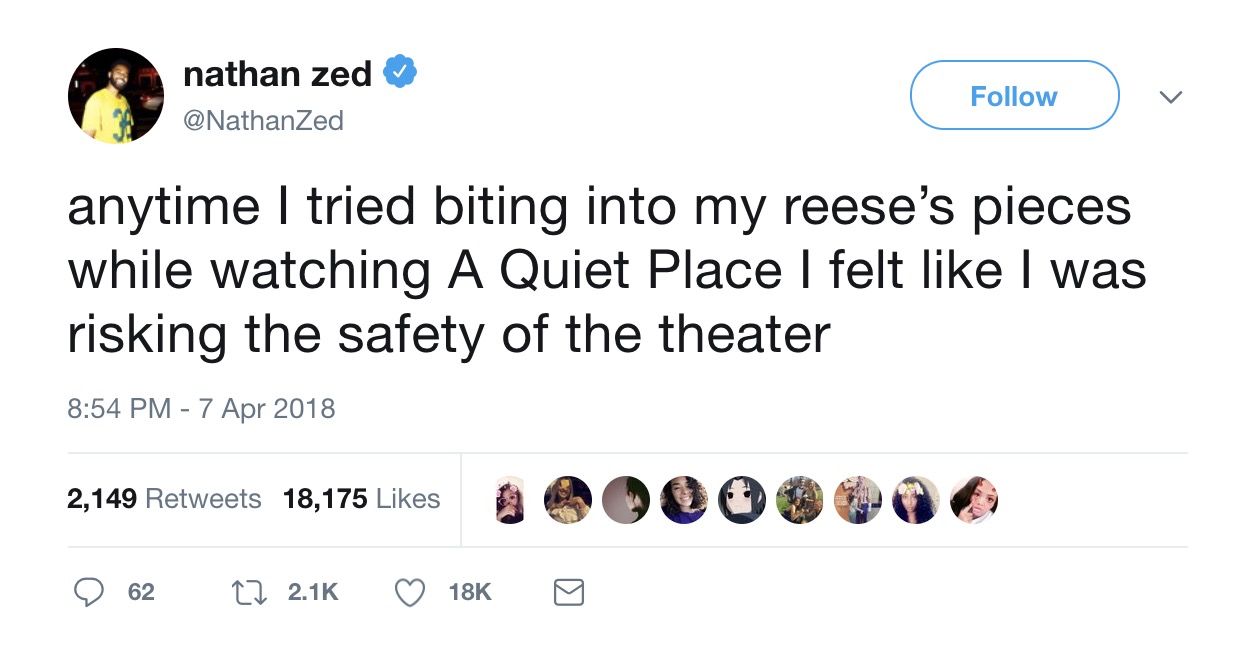 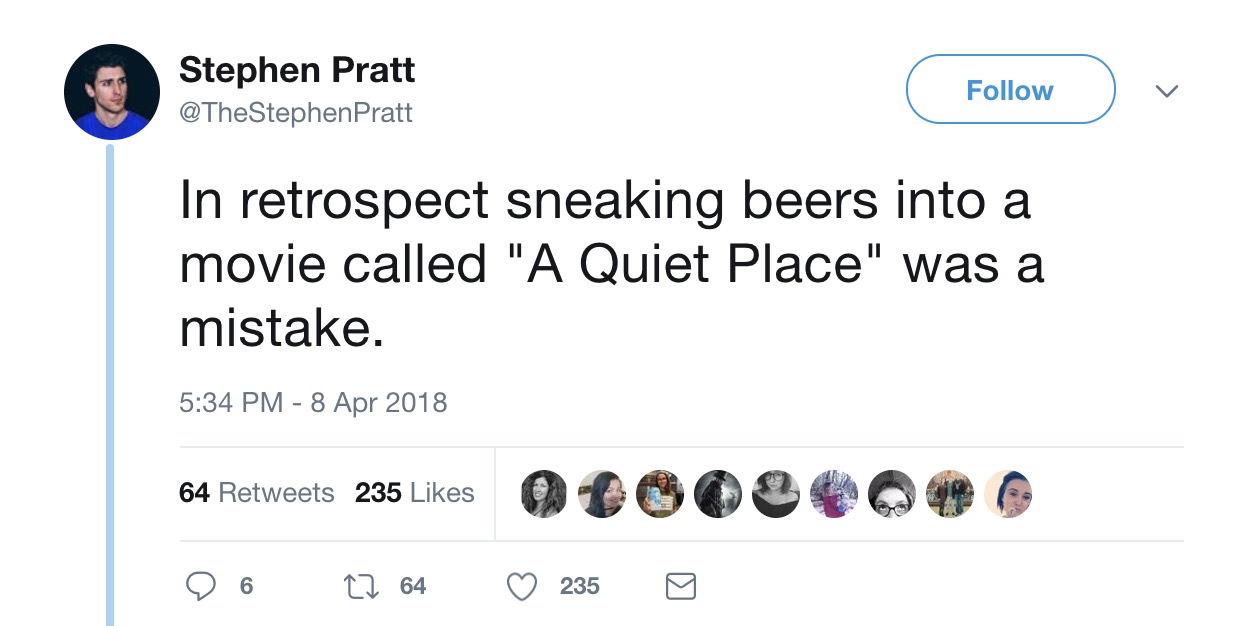