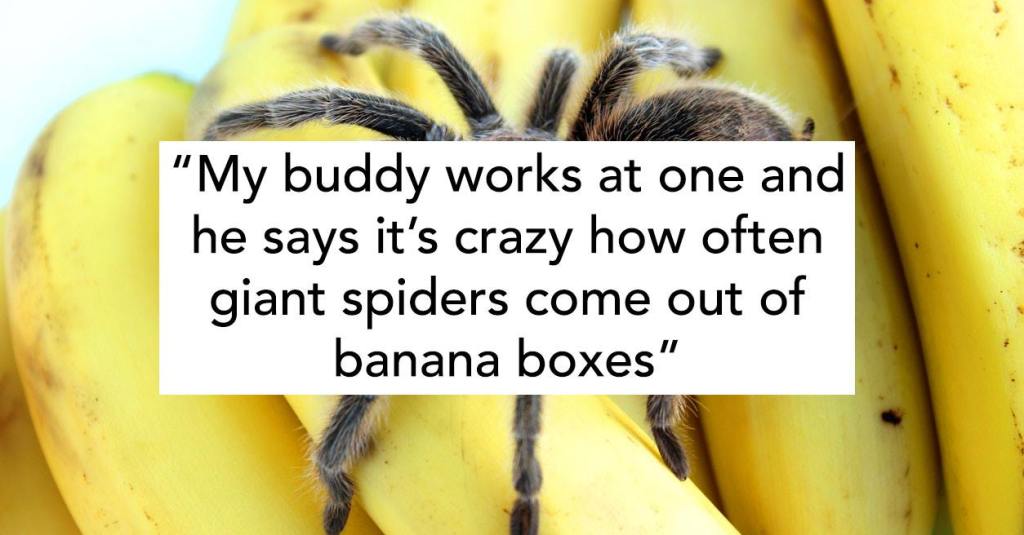 Everybody goes grocery shopping. And everyone probably wonders what goes on behind the scene. Recently, an Ask Reddit thread posed that exact question. Here are 15 of the craziest replies.

“The ice cream and frozen food has probably completely melted or thawed multiple times from sitting on a dolly in the backroom.” – Zigkhalifa

“Products often expire on the shelf and go unnoticed for a long time due to certain staff putting new product in front of old products, and this applies to all departments. Always check dates when buying something to avoid buying something that went bad months ago.”  – SkylineProphet

“Apples can be stored in proper conditions for close to a year and still be sold at the supermarket.

So that apple you’re buying in May is most likely from sometime the year prior.” youngnotpowerless

“The only thing that washes a shopping cart is rain. We do haul trash bags in them.” MirLivesAgain

“Oftentimes, the various waste bins are all just mixed together because the janitor sure as hell isn’t digging out that bottle you threw in the compost. Everything just goes in the dumpster.” – MirLivesAgain

“My buddy works at one and he says it’s crazy how often giant spiders come out of banana boxes.” – Codybonner14

“One thing that I always hated was stocking the milk. When the milk gets delivered, every gallon is covered in milk from other open gallons in the stacks. The smell is terrible, and they’re never rinsed off.” – –yamattacks

“There is a reason why things are in specific places in most stores. Like fresh produce right when you walk in, or dairy all the way in the back corner of the store. Ever wonder why sugary kids cereals are on the bottom shelves? Its so kids see them.” – ChiSoxguy01

“Be careful with grocery store delis. I had so many nasty coworkers who didn’t wash their hands or change gloves all day — if they wore gloves at all.”

“I worked at a chain grocery store years ago. We had this awful smell down one particular isle. The manager never wanted to investigate and would just say something must have spilled. She even went as far to have us hang air fresheners on the shelves to mask the smell. Several years later the store underwent a remodel where isles were moved. They found a giant rats nest under the shelving unit of this particular isle. It was one of the most disgusting things ever. Once they cleaned it out the smell finally resolved.” – tinak790

“The stuff in the front of shelves and display cabinets are almost always the oldest stuff. The store wants to get rid of them by their sell by date.” – JadeStarzGalaxee

“The belt near the cashier that you put your items on is so so so dirty.

I do not work at a grocery store but I witnessed a teenager wipe down the belt with a paper towel and it came up completely black. He showed it off to his co worker who then panicked because obviously the customers aren’t supposed to see that.” – destinoid

“Stores often play nostalgic music in hopes it will make customers think of better times. Think about that next time you visit a store and leave buying more than you intended.” – AllYrLivesBelongToUS

“The motorized carts get peed in a lot and they don’t get cleaned. We run a cloth over it, but not like deep-cleaned.” – kaybet