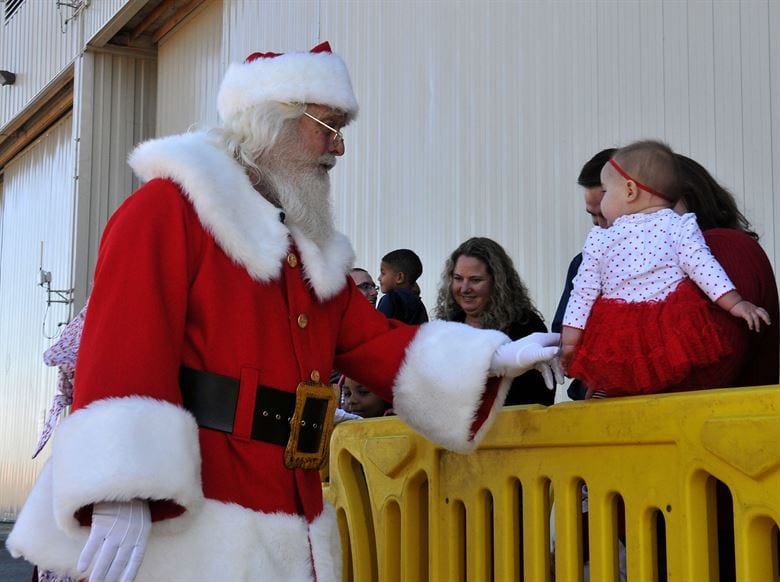 15 Funny Tweets About Taking Your Kids to Meet Santa

Taking your kids to meet Santa Clause can go one of two ways: they either love it and enjoy telling the old man what they want for Christmas…or they have a meltdown because they can’t handle the trauma of being handed over to a stranger dressed in red and white.

And it’s basically a crapshoot which way it’ll go.

1. I just need this one photo…

'Tis the season to bribe your kids to take one freaking picture with the jolly mall Santa without losing their shit completely.

I'm not the kind of mom who takes her kids to see Santa out of tradition, but more for the blackmail photos.

I can’t be the only one making the throat slashing sign at the mall Santa when their child asks for the newest iPhone.

$28 to take a picture with Santa at the mall? Now I know how he can afford all the presents and how he can pay all those elves.

I wish this mall Santa would do me a solid and tell my kids to throw away their juice box straw wrappers.

6. Kinda weird when you think about it.

Cute photo of your kid with Santa. Also, you just stood in line and paid $50 for a stranger in a disguise to touch your child.

Me: Want to sit on Santa’s lap?

4: Should we call the police?

me: it's time you know the truth — Santa is fake

me: yeah, he was talking mad shit about you behind your back

9. He belongs in the fiery depths.

I told my son to give an Elf on the Shelf to the mall Santa and whisper in his ear, "Send him back to hell where he belongs, Mall Santa."

Your kid's picture with the mall Santa should include 2 things:

~ A stiff drink for the parents
~ Antibiotics for the kids

I made my 5yo tell the mall Santa what he wanted for Christmas using only interpretive dance.

Add a bit of cheer by threatening to cancel Christmas if they don't stop fighting while in line to see Santa.

I’m pretty sure I saw this department store Santa in an old episode of “Dateline.”

My 2 year old is absolutely TERRIFIED of this mall Santa. Given his behavior over the past year, I can't say I blame him.

15. You don’t have to make it a big secret anymore.

Why does Santa make a big deal sneaking down the chimney on Xmass when I see him walking around the mall like everyday?

Be honest with us…how’d it go when you took your kiddos to meet Santa?

Was it a disaster or were they happy about it? Share your stories in the comments.